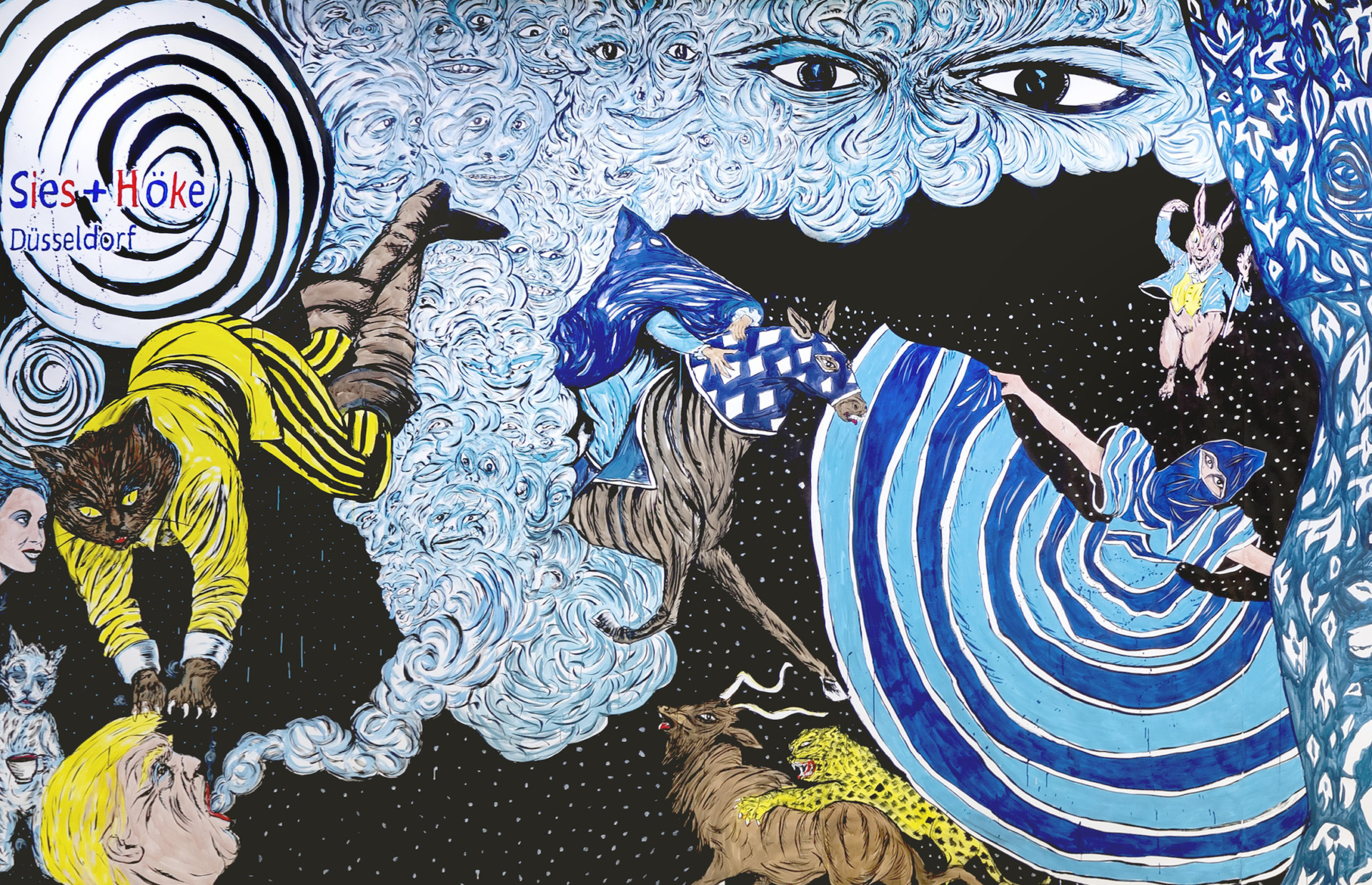 For his new show at Sies + Höke in Düsseldorf, Germany, Marcel Dzama created a massive wall drawing to accompany his several new mixed-media drawings, sculptures, and 2-channel video. “Be good little Beuys and Dada might buy you a Bauhaus,” opening this week, marks the 20th anniversary of collaboration between the Canadian artist and the gallery. The show runs through Oct. 26. 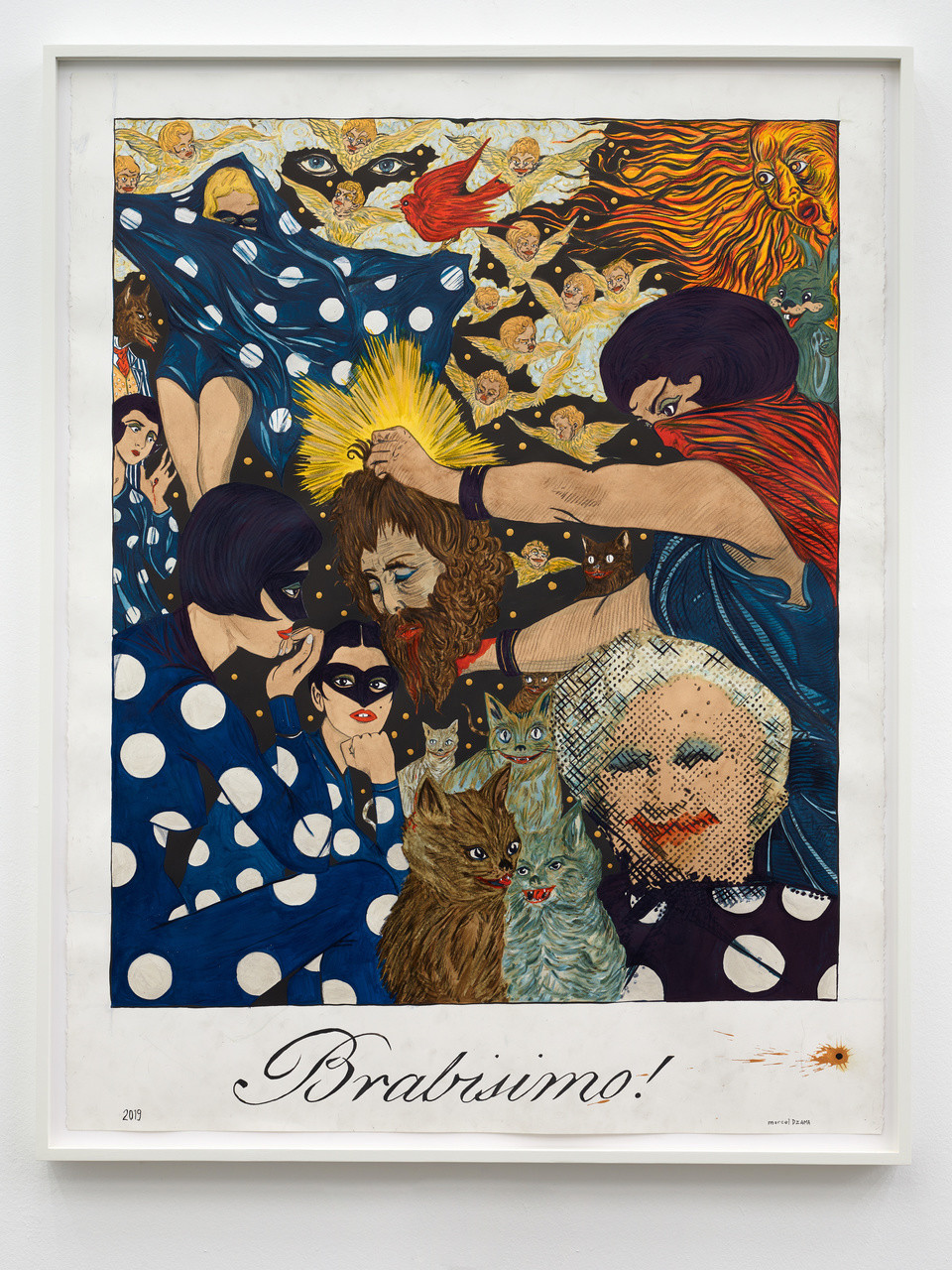 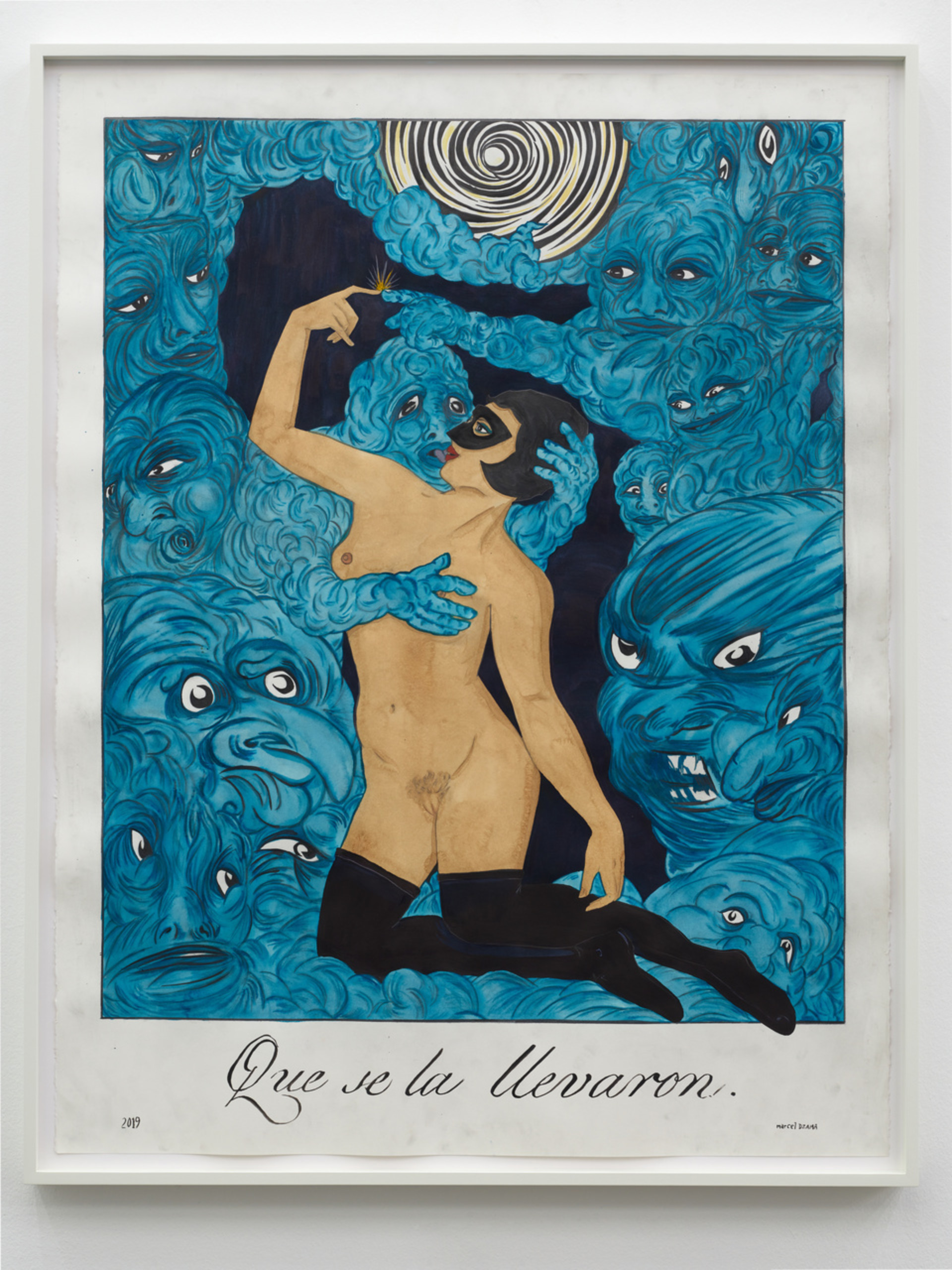 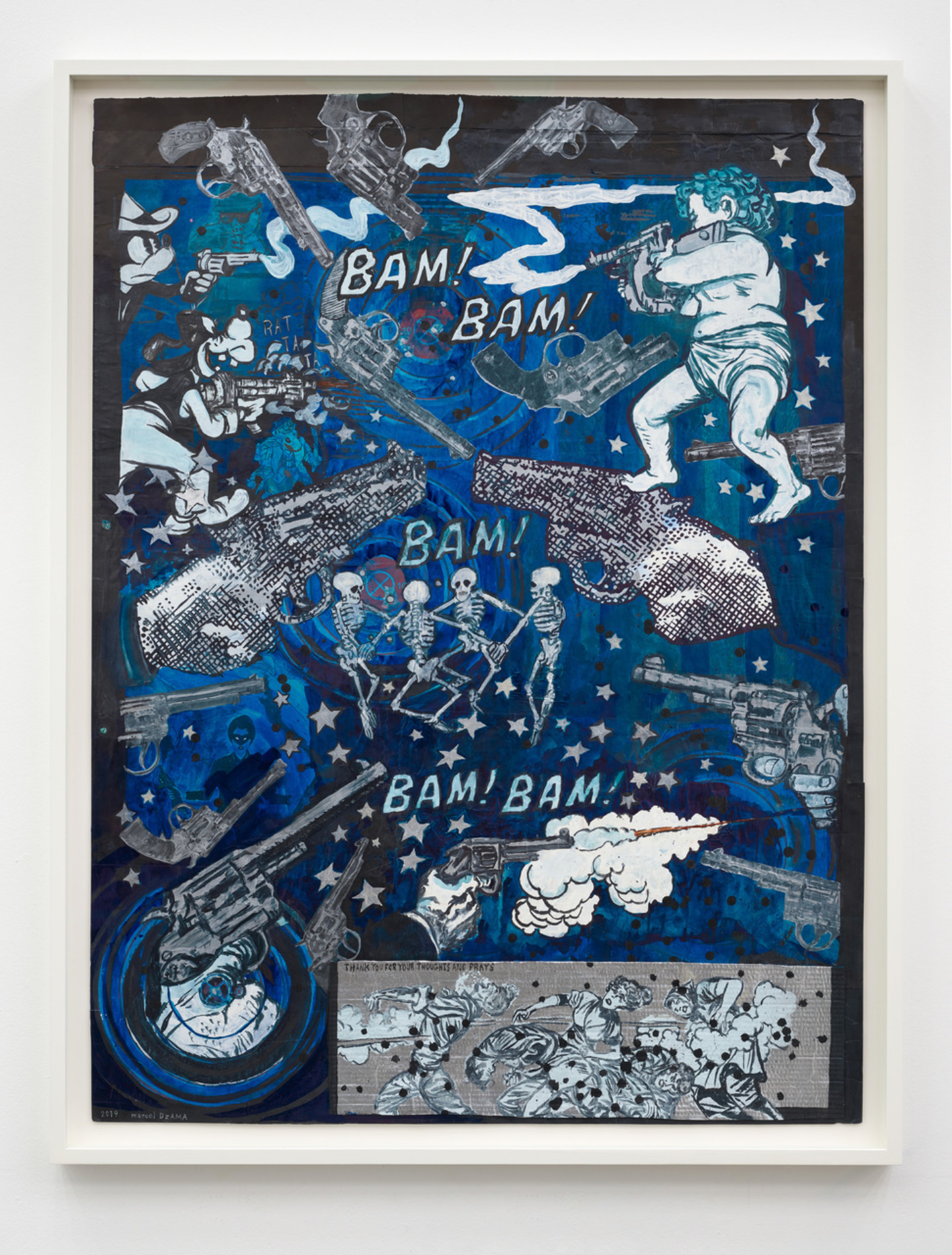 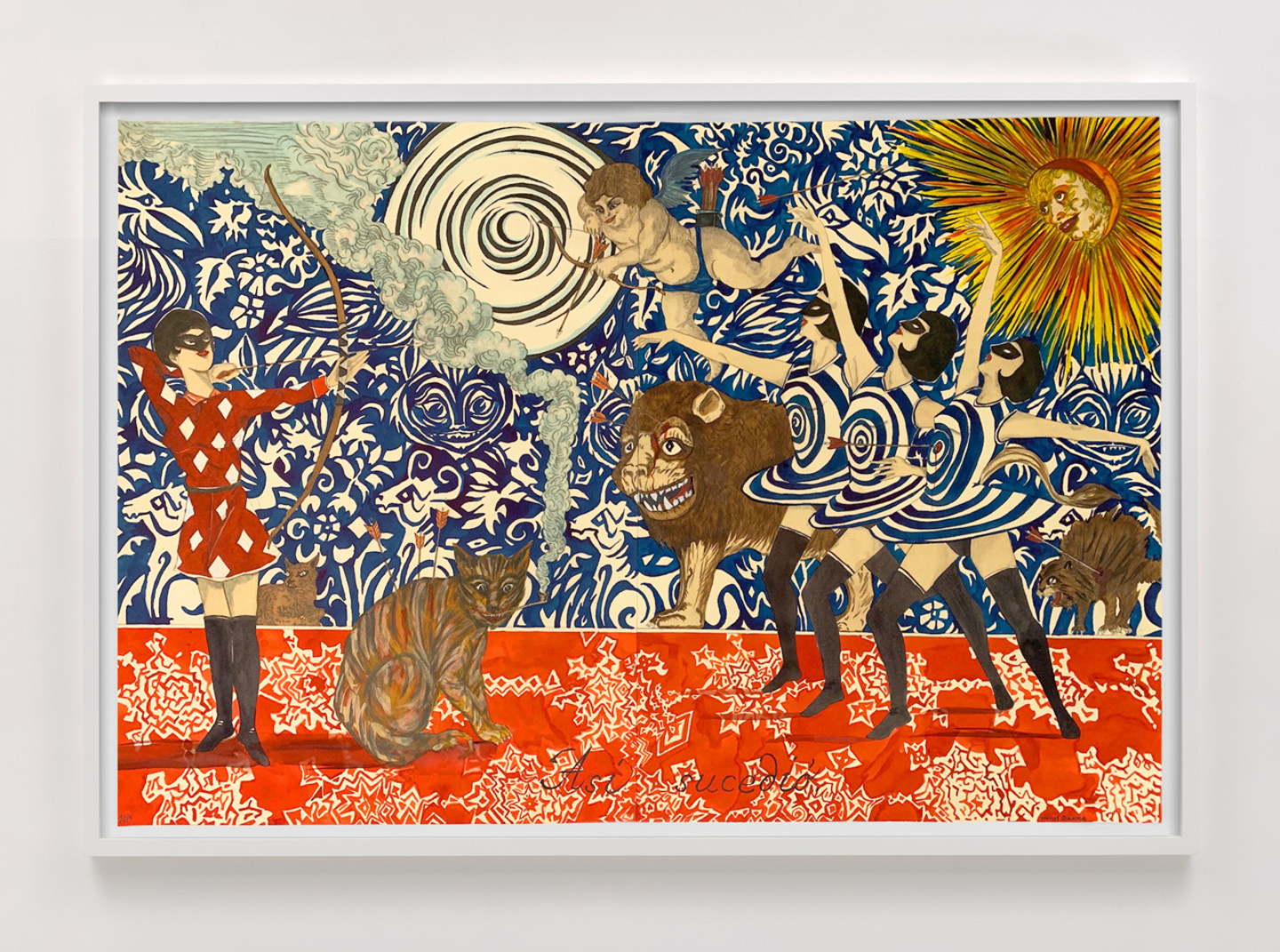 “Dzama’s image repertoire includes a wide range of art-historical quotations,” the gallery says. “One can recognize ballet costumes by Oskar Schlemmer or Francis Picabia, for example, and direct references to Francisco de Goya, Marcel Duchamp, Joseph Beuys or Sigmar Polke. Embedded text fragments contain quotes from William Blake or Rainer Maria Rilke. However, it’s not just elements from the past that spur Dzama’s creativity. The music enthusiast has collaborated with various colleagues from the beginning of his career, whether as part of the Royal Art Lodge in Winnipeg, which he co-founded, or in the form of collaborations with members of the band Arcade Fire, the musician Kim Gordon (Sonic Youth), the filmmaker Spike Jonze, the actress Amy Sedaris, the ensemble of the New York City Ballet, or fellow artists like Jockum Nordström.”

See more works from the show on the gallery’s site. 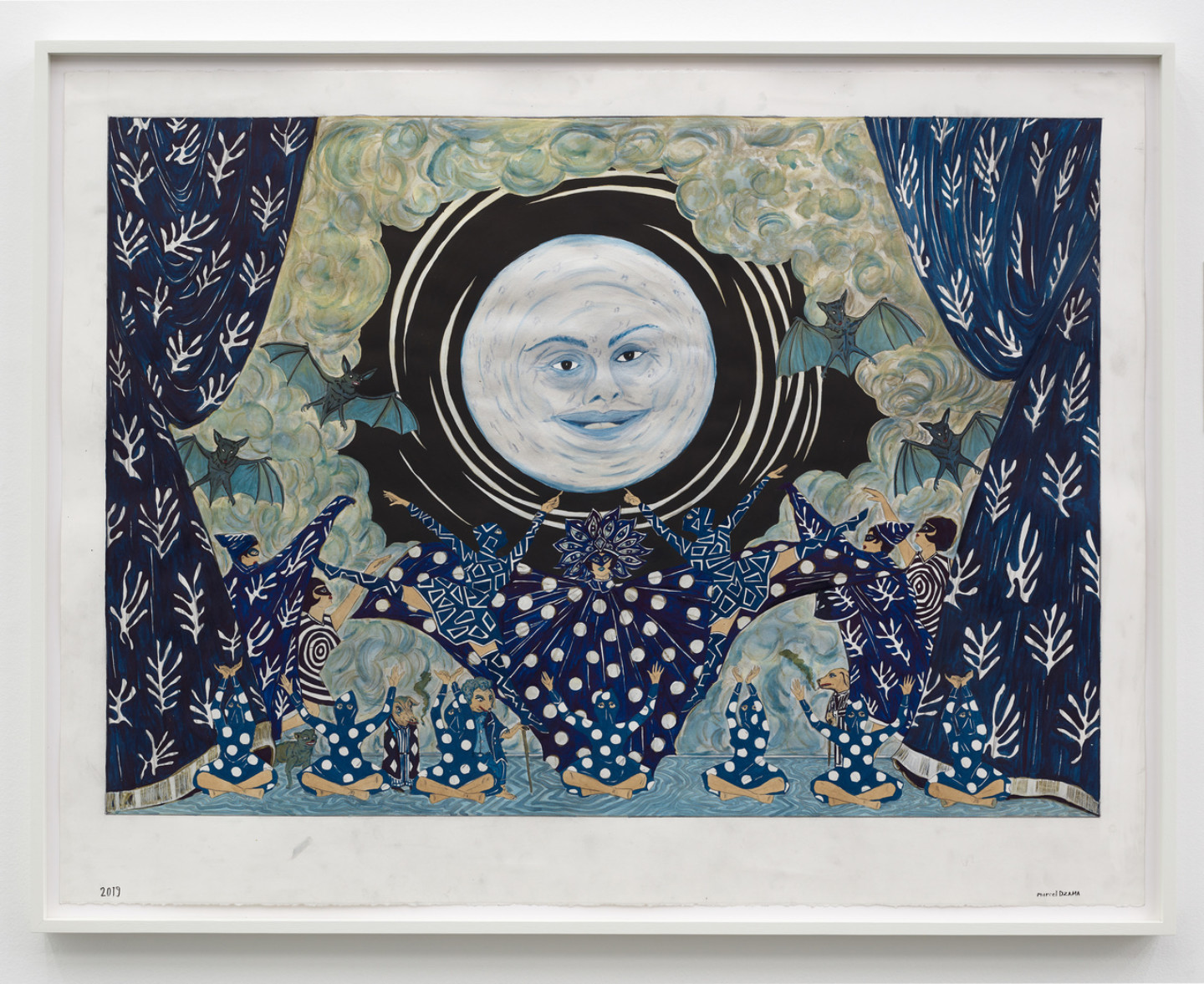 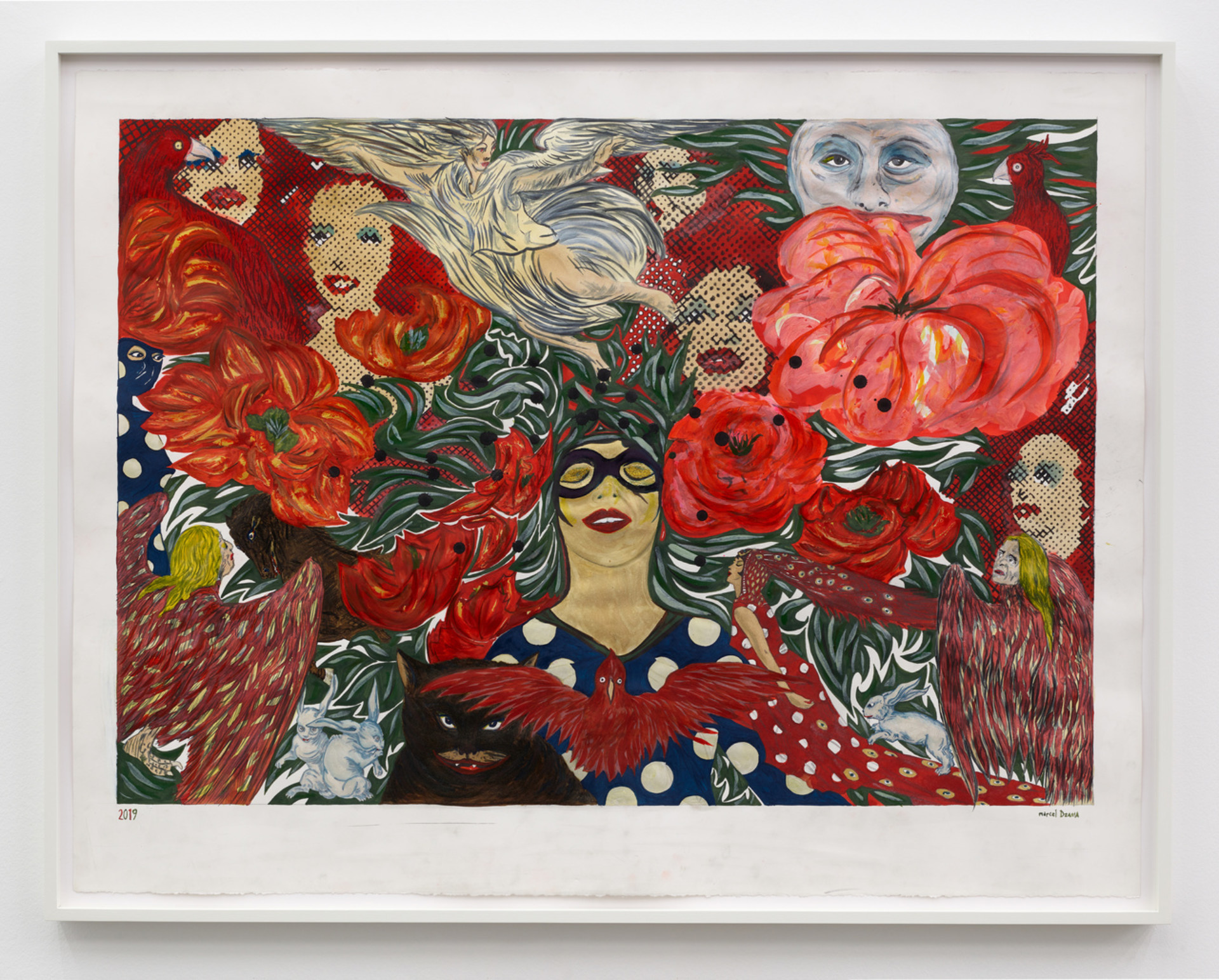 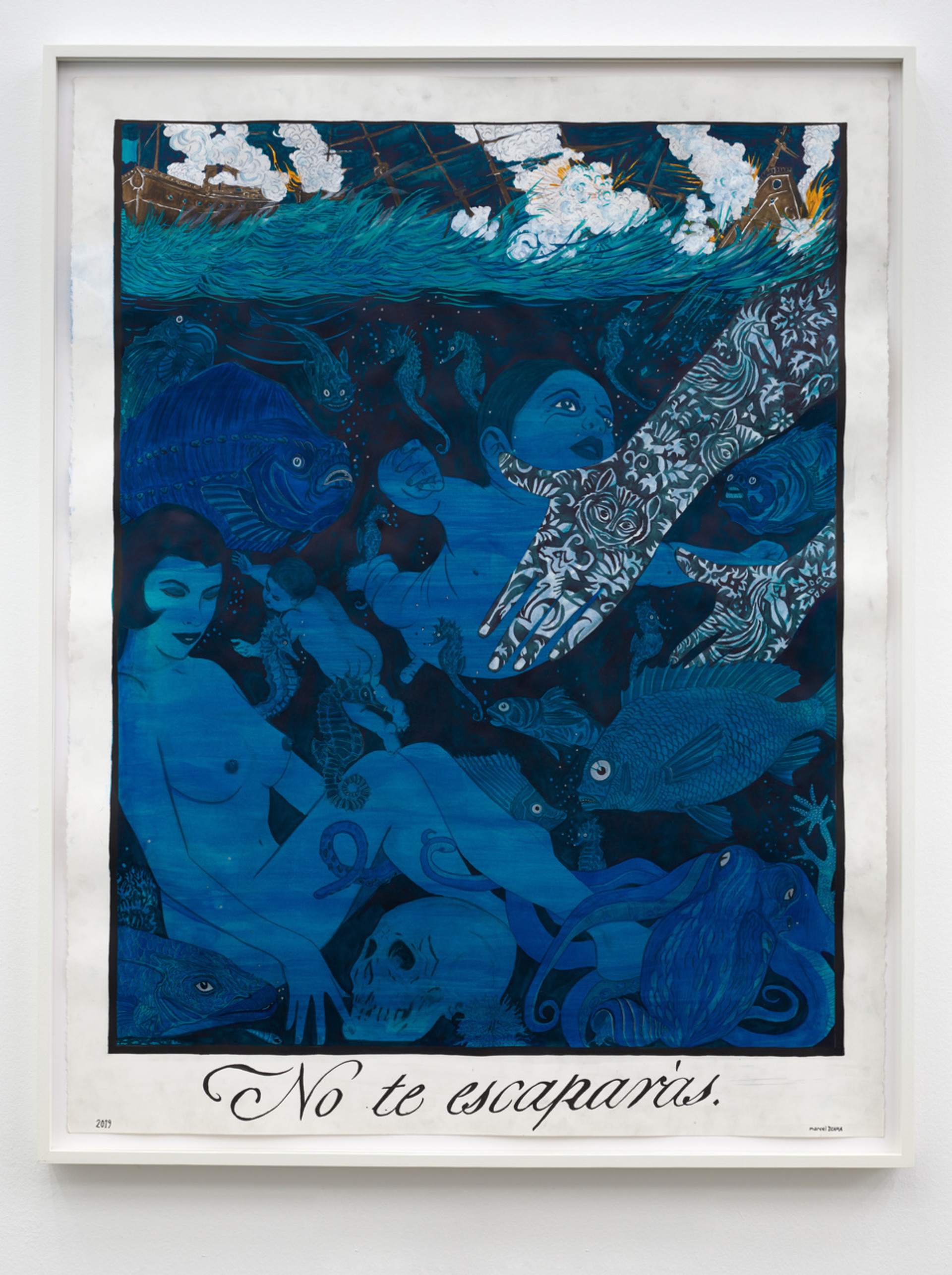 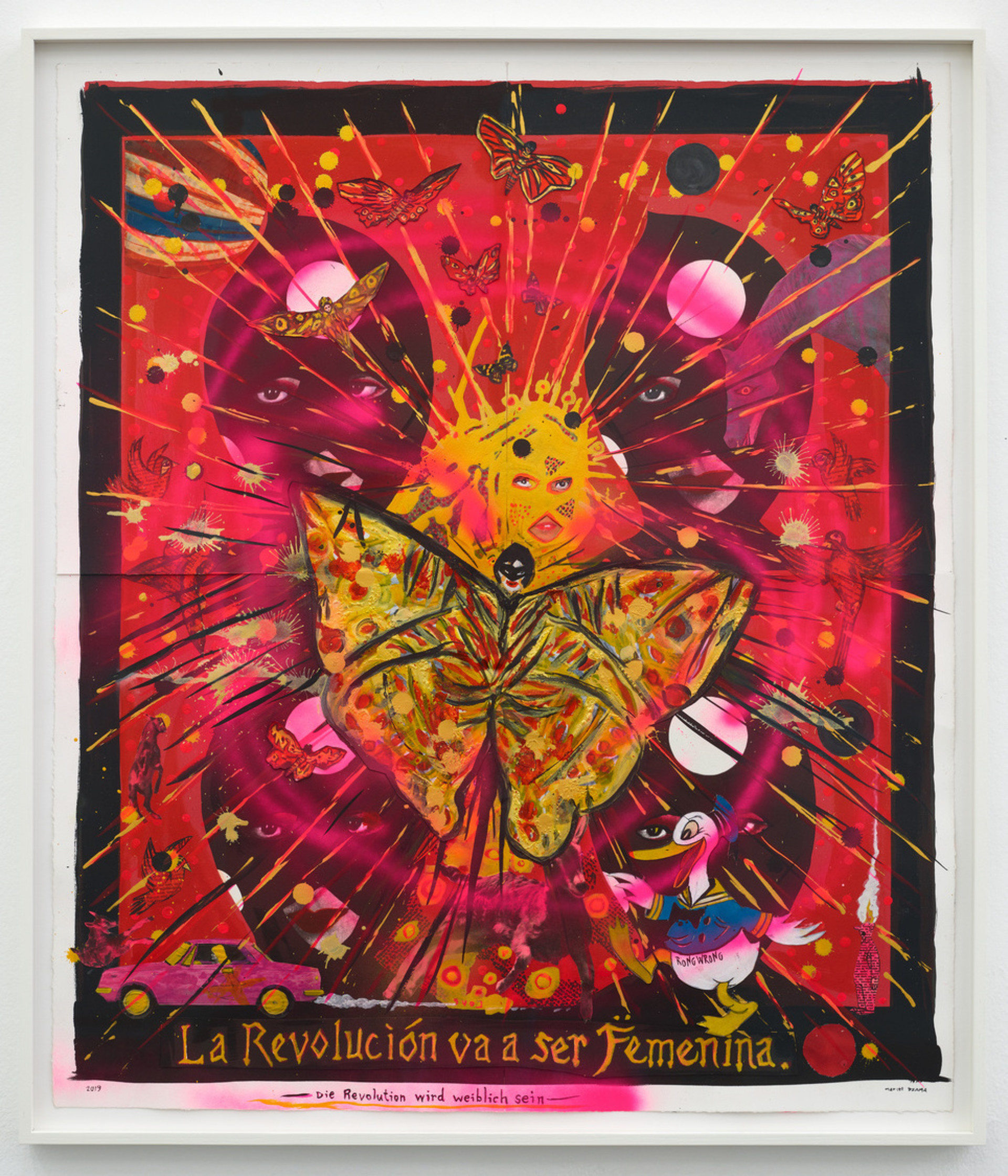 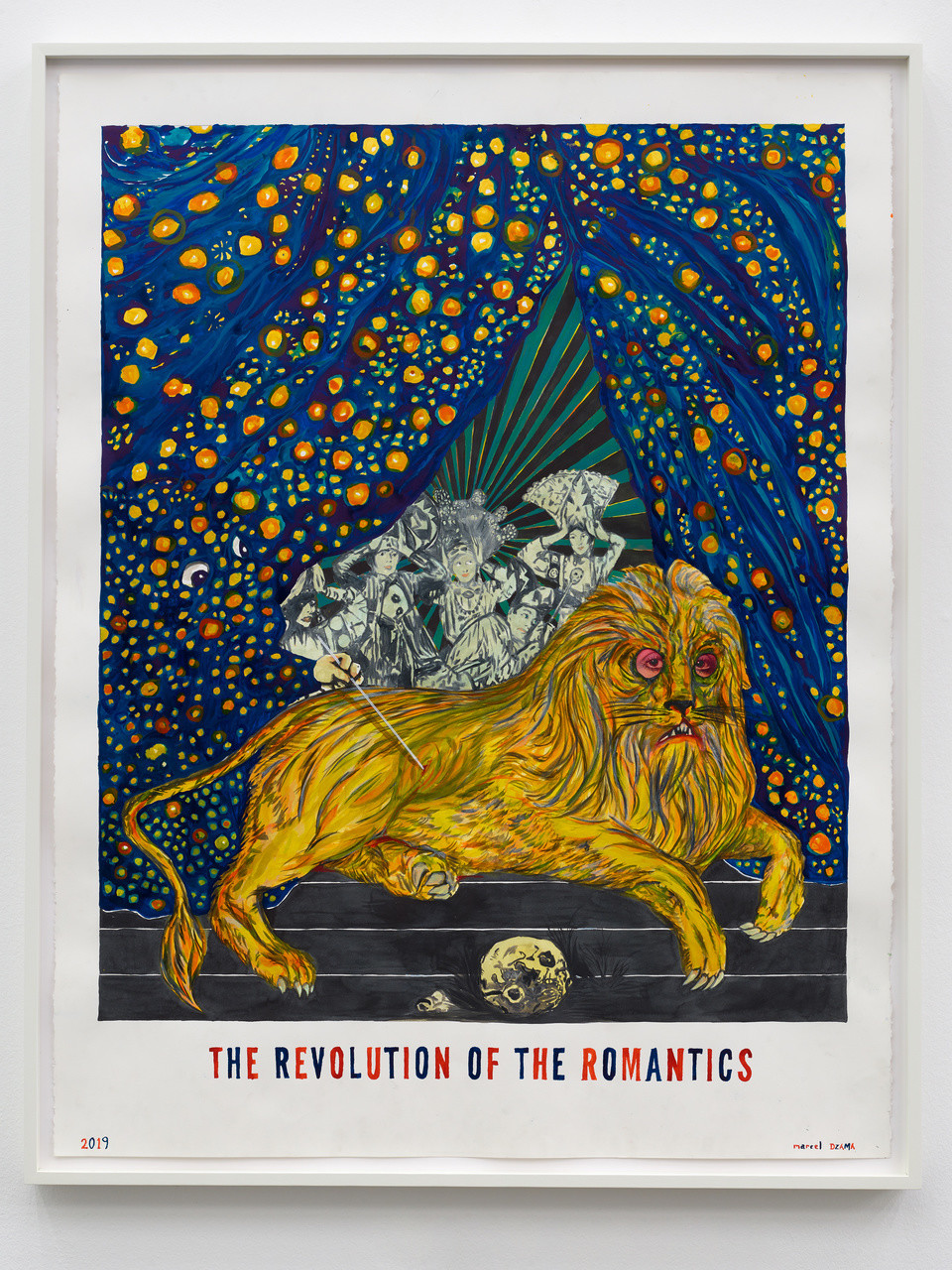