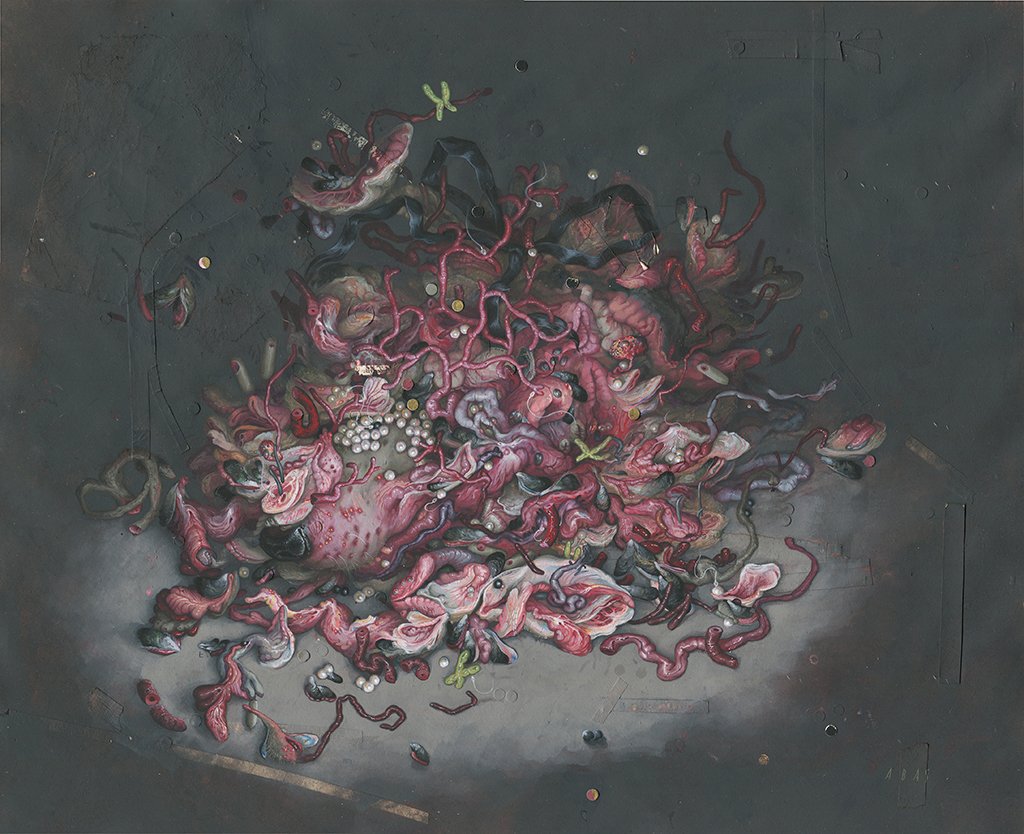 In recent work, there’s an ever-evolving horror and beauty in the paintings of Allison Sommers. Pieces created for shows at galleries across the U.S. range in size and subjects. Below, see how she’s recently depicted an unraveling canine, the human body, and other bits and organs worthy of close observation.

Brooklyn based artist Allison Sommers mixes elements that are grotesque with natural beauty in her organic mixed media portrayals of animals and figures. Yet despite their disproportions and seemingly exposed internal organs, up close, her works reveal a certain charm and expressiveness. Featured on our blog over the years, she once told us, “I was always trying to draw existing animals as best I could, and once I knew I could draw them, they would start getting a little less realistic”, describing them as naughty creatures, tired beasts, delicious sausages, and exotic feasts. Opening on January 23rd at Last Rites Gallery in New York, Sommers will exhibit a new series of graphite on paper and gouache with mixed media on paper work in “What Passing Bells”.