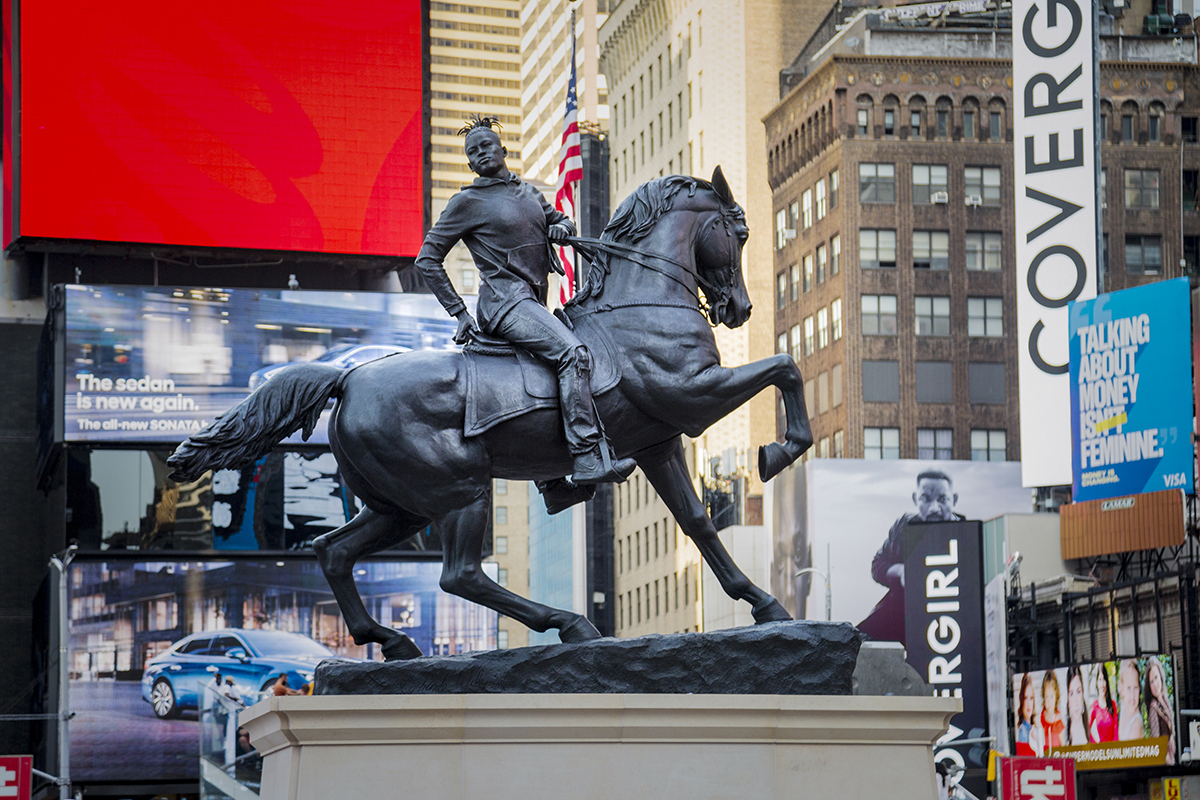 Kehinde Wiley recently offered his first public work with the unveiling of “Rumors of War,” a bronze sculpture first shown at Times Square in New York City. The piece was commissioned by the Virginia Museum of Fine Arts and will eventually be installed there. The work, with its contemporary African-American subject, stands in contrast to the Confederate statues that still populate the state that will serve as its permanent home. Wiley was our cover artist for Hi-Fructose Vol. 36. 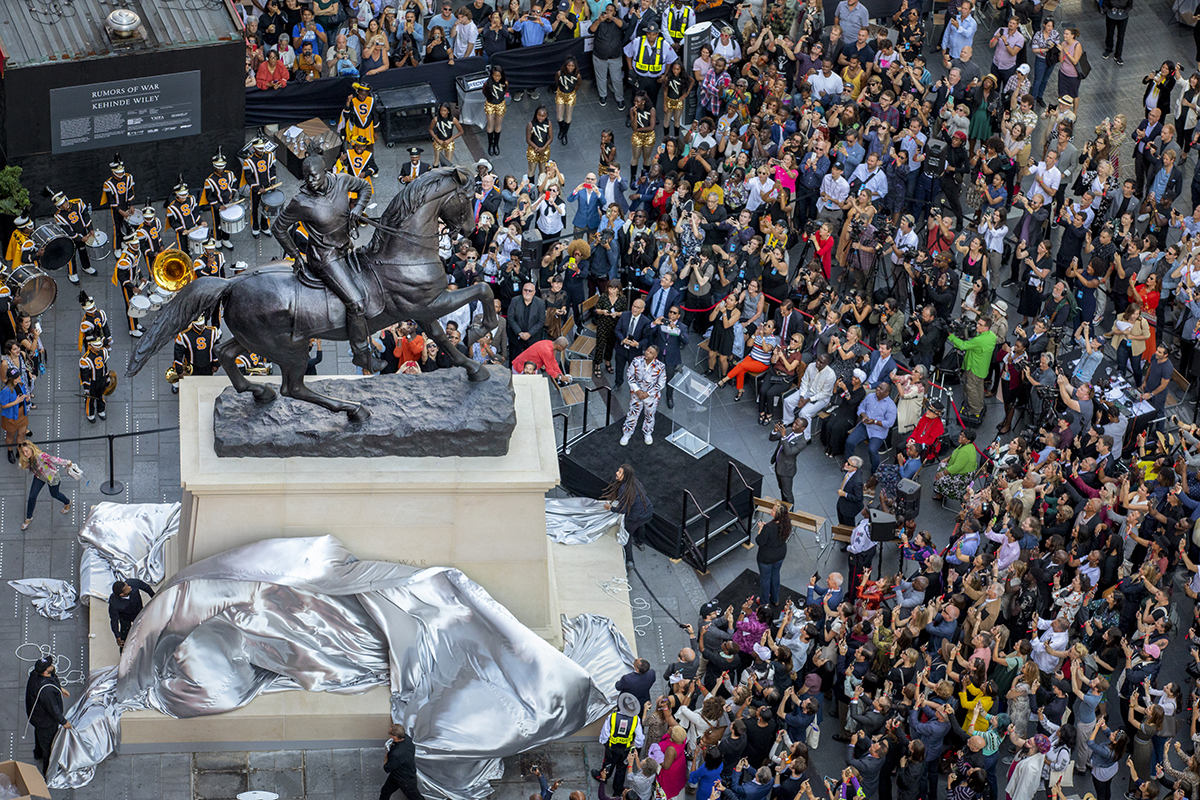 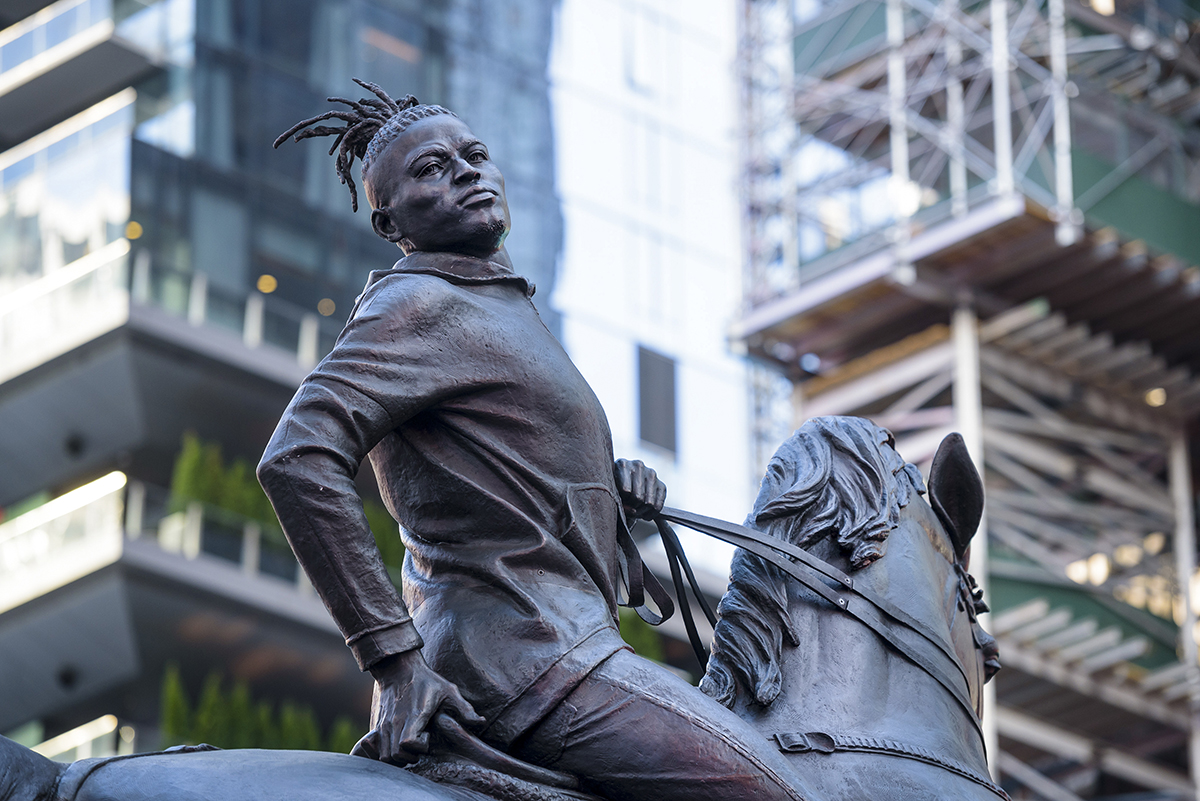 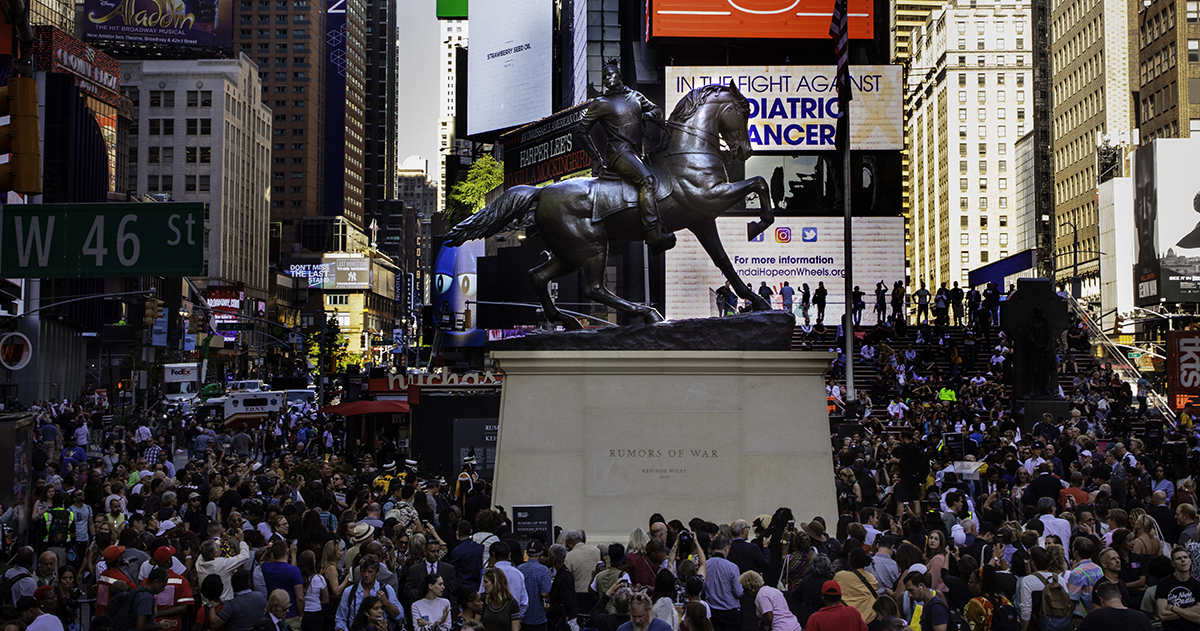 “The installation of Rumors of War at the Virginia Museum of Fine Arts in December will be a historic moment for our museum and for the city of Richmond,” VMFA Director Alex Nyerges says. “We hope that the sculpture will encourage public engagement and civic discussion about who is memorialized in our nation and the significance of monuments in the context of American history. We are especially pleased that through the acquisition of this work, the monuments in Richmond will further reflect the incredible diversity of its population.”

See more of Wiley’s work on his site.