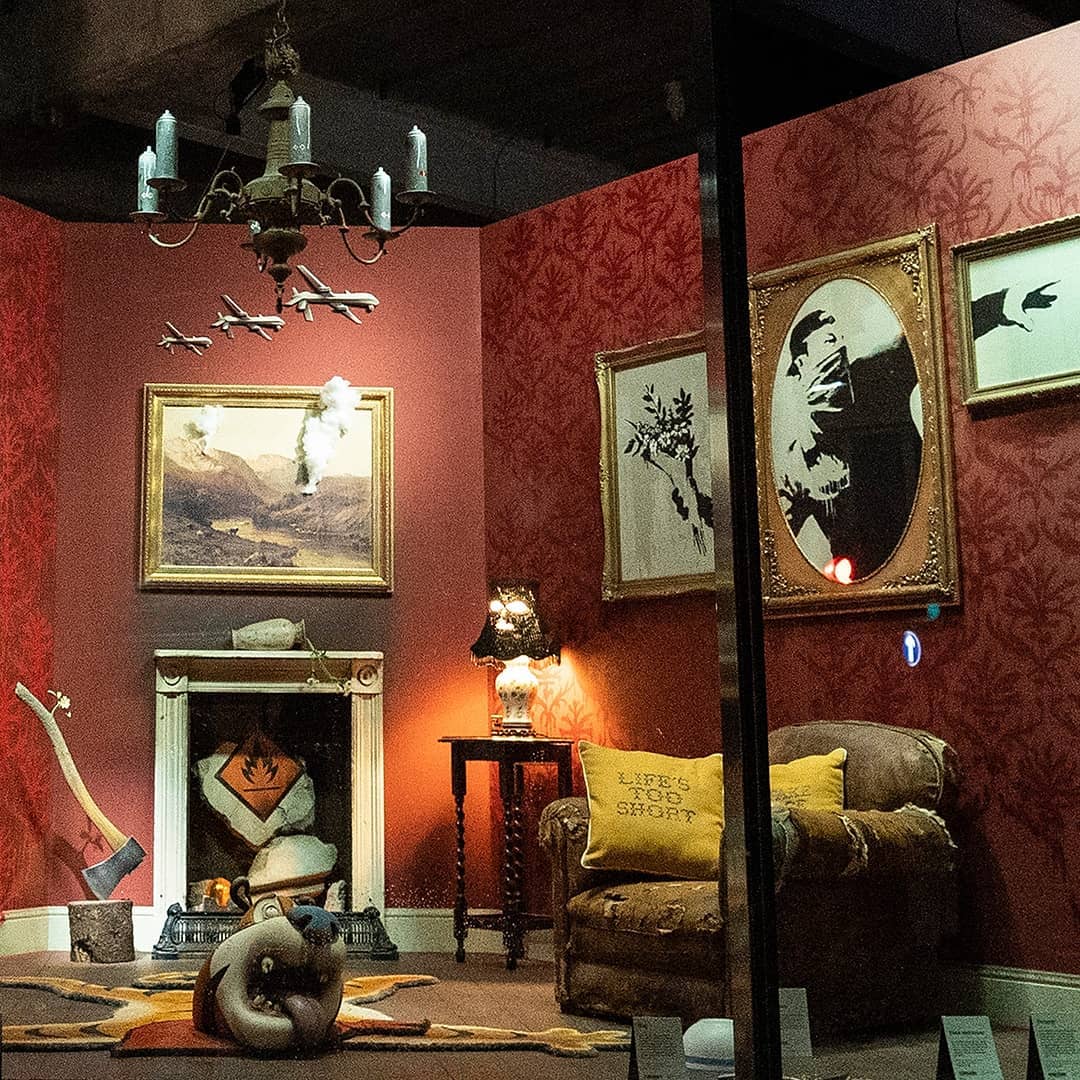 “Gross Domestic Product” is Banksy’s new homewares brand, created after a greeting cards company tried to take his name and he was legally advised to prevent it by selling “his own range of branded merchandise.” This past week, the artist opened a showroom in Croydon (with doors that don’t actually open), and his site for the store says it’s opening for sales soon. GDP’s tagline: “Where art irritates life.” 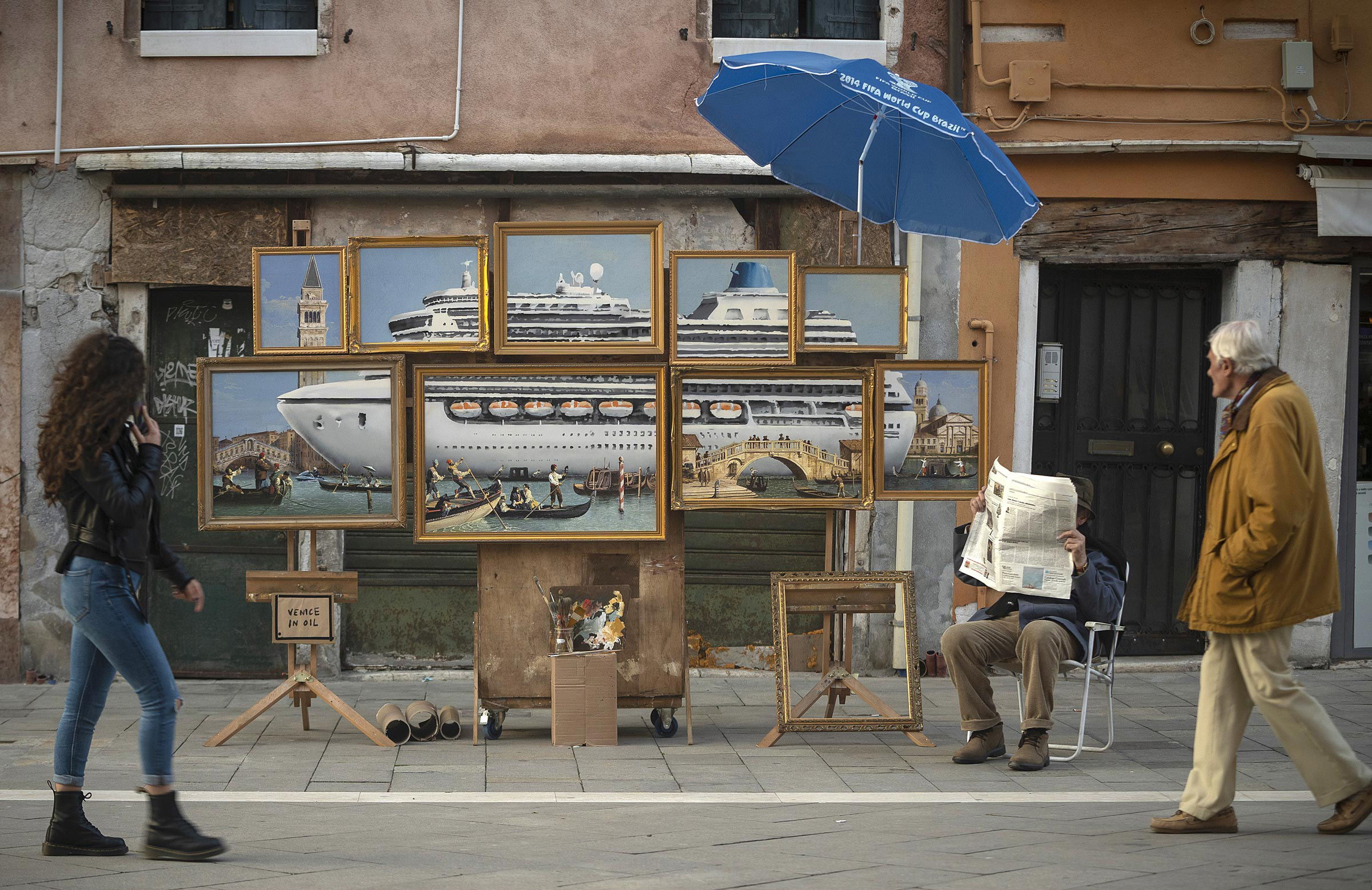 Banksy returned recently with an unlicensed street stall in Italy, offering a tableau of oil painting to unsuspecting passers-by near the ongoing Venice Art Biennale. A video of “Venice in Oil” was posted on the mysterious artist’s Instagram recently, showing an unidentified figure setting up and manning the stall as pedestrians comment on the work. The artist’s installation was accompanied by another work, a stenciled mural of a migrant child, a likely continuation of his work surrounding refugees in Europe.

The current art market in the Bay Area is precarious. Two of the City’s three major art fairs disappeared last spring, galleries are getting evicted and artists are leaving due to unimpressive sales and rising rents. Curators from San Francisco and Oakland alike are racking their brains about how to appeal to the growing class of Twitterati. There is a disconnect between the Bay Area’s influx of wealth and its art. Tucked away in suburban San Mateo, just south of SF, Art Silicon Valley was envisioned as a fair that would entice the tech elite. With Maserati as a sponsor and only high-end galleries allowed, this was the glitzy answer to DIY endeavors that have been popping up recently (like Art Beats, covered here).

LA mural organizers Branded Arts are curating an enormous pop-up show for a good cause. Featuring some of the most talked-about artists from the street art and new contemporary art movements, the event will take place the night of October 25 at Hollywood’s TCL Chinese Theatre. One can expect to find stencil works by Banksy hanging next to Andrew Hem’s luminous paintings, Dabs Myla’s cartoony creations, Buff Monster’s jolly blobs and Swoon’s assemblages, just to name a few examples. Plus, Talib Kweli will be DJing. Proceeds from the event will benefit Vista Del Mar Child and Family Services. Take a look at a sneak peek of the artwork in the show below.

Banksy began his career by taking up wall space without permission for his street art. But his work has become so financially successful that established art institutions, ironically enough, have scrambled to become part of the Banksy mythology regardless of the artist’s consent. Following the recent, controversial “Stealing Banksy” show, where Banksy’s street art pieces mysterious appeared in a gallery setting, carved from the walls on which they originally appeared, London auction house and gallery Sotheby’s is slated to open “Banksy: The Unauthorized Retrospective” on June 11.

Last Saturday, Los Angeles got a new kind of British invasion. Copro Gallery held their “The British Are Coming” group show in conjunction with Brit Week which celebrates creative innovation between the US and UK. If you couldn’t make it to the show, you missed an opportunity to see work by UK artists Banksy, Pure Evil, Insa, Nick Walker, RYCA, Inkie, Goldie, China Mike, and Ben Eine. The exhibition gave viewers the chance to enjoy gallery sized pieces from rarely accessible artists who live thousands of miles away. Read more after the jump.