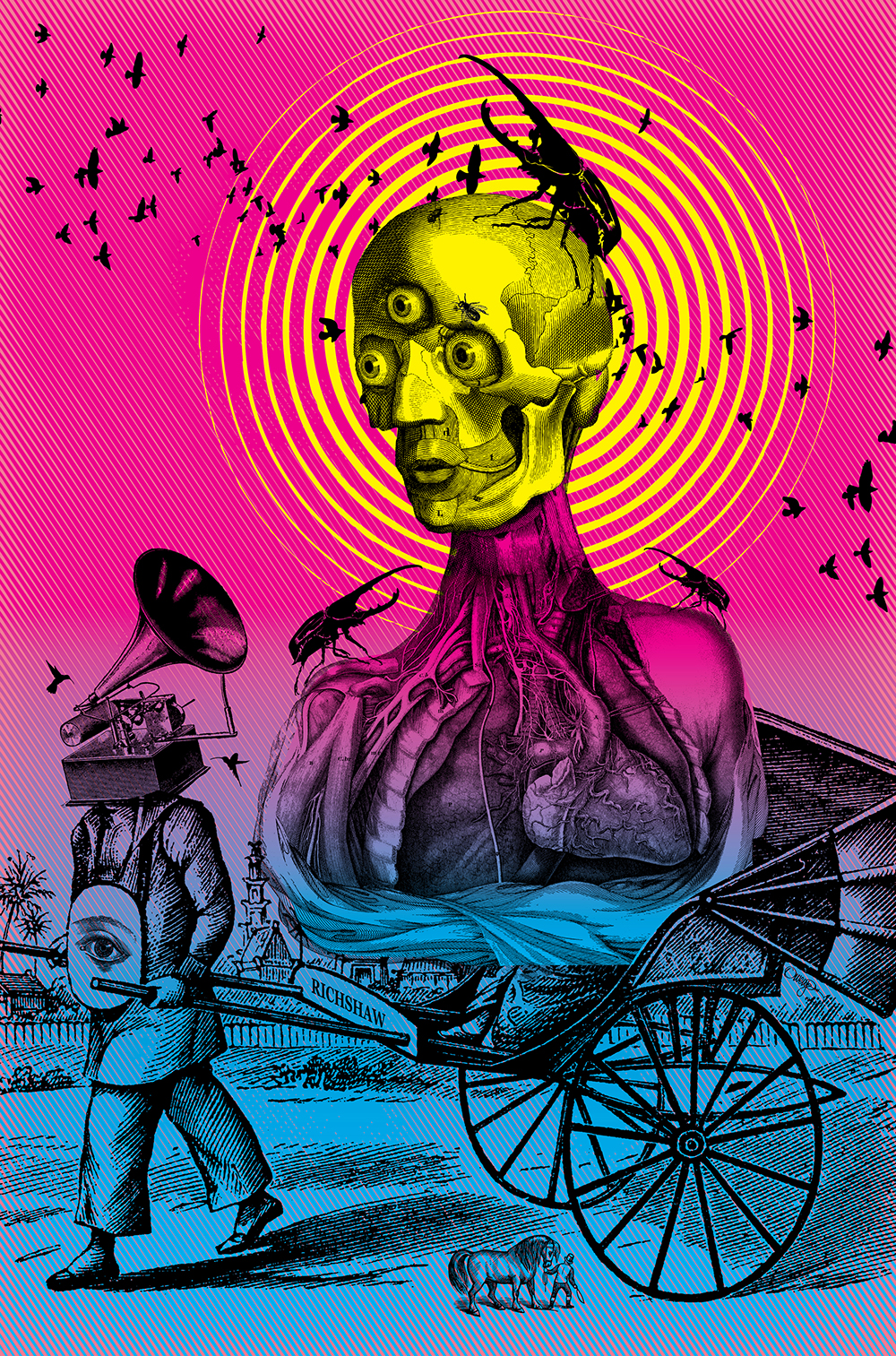 The stirring digital collages of Ben Owens are highlighted in a new show at Muneca Arthouse in Patchogue, New York. “Flaw Essence” collects both monochromatic and vibrant experiments from the artist. Owens says this collection of works is part of an attempt to “use bright and sometimes fluorescent colors while trying new techniques, mediums and styles.” The show opens on April 13 at the space. 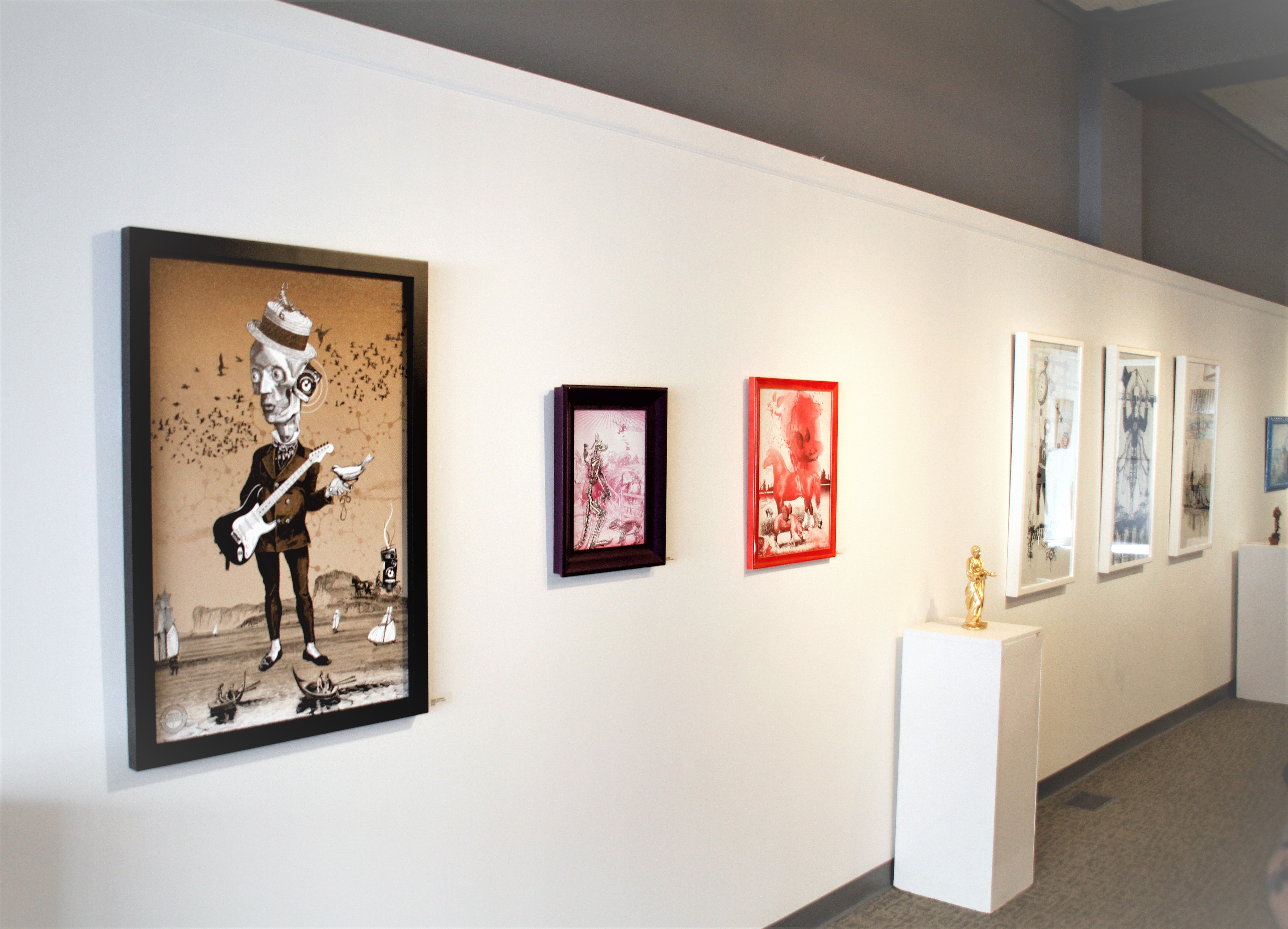 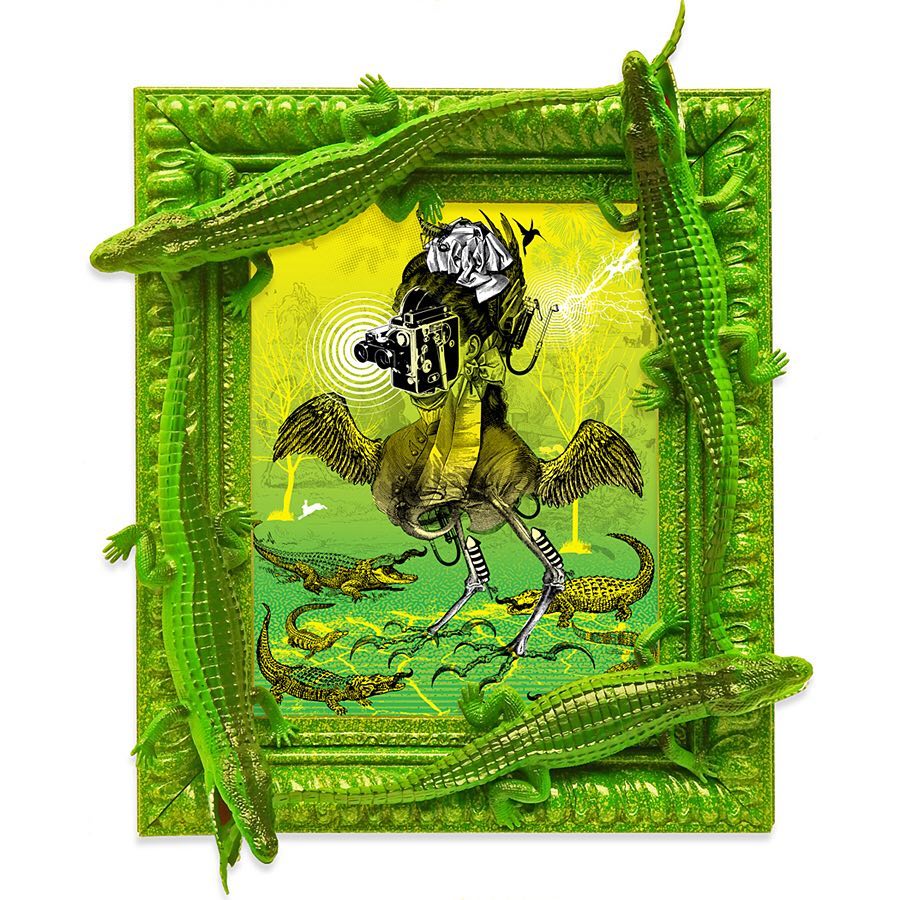 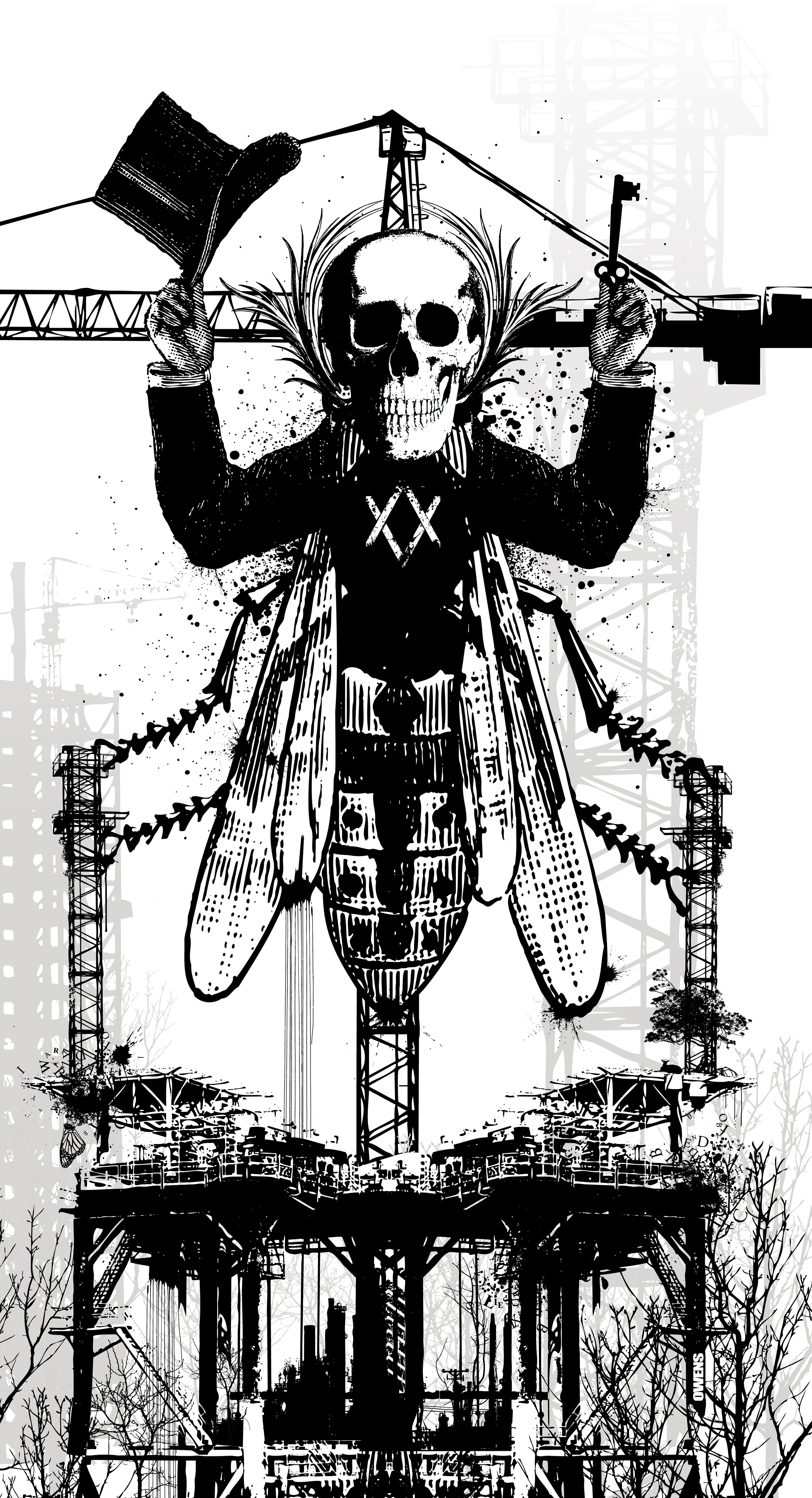 The artist explains his initial reluctance, and then, acceptance, of this process: “Seventh grade art class. A stack of National Geographic’s, scissors and glue in hand would create something called collage. Volcanoes, Jungles and indigenous women brought childhood classes to an adventure of great relief and renewed spirit an adult artist. Traditional trained, I was more or less against the onslaught of computers. The Great Clay Hut Company arrived when dot matrix printers were still tasked with replicating complex shading. It was primitive to say the least, but oh does a wise man see best hindsight. Eventually, over time and with great trepidation, I gave invited the mechanical beast into my realm and during down time, create what I call ‘Digital Collages.’ These works tap into childhood artistic energy using a tool I once despised.” 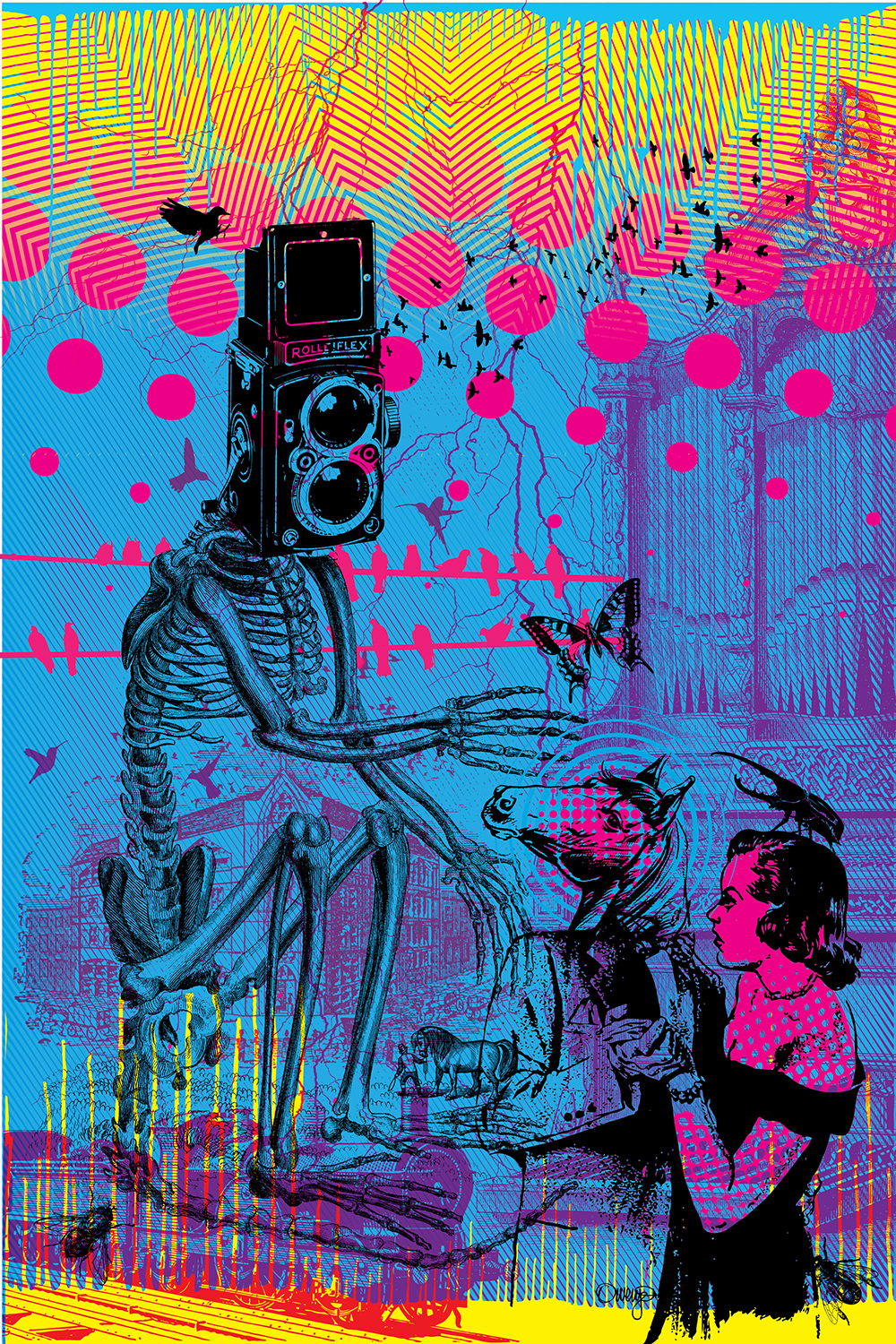 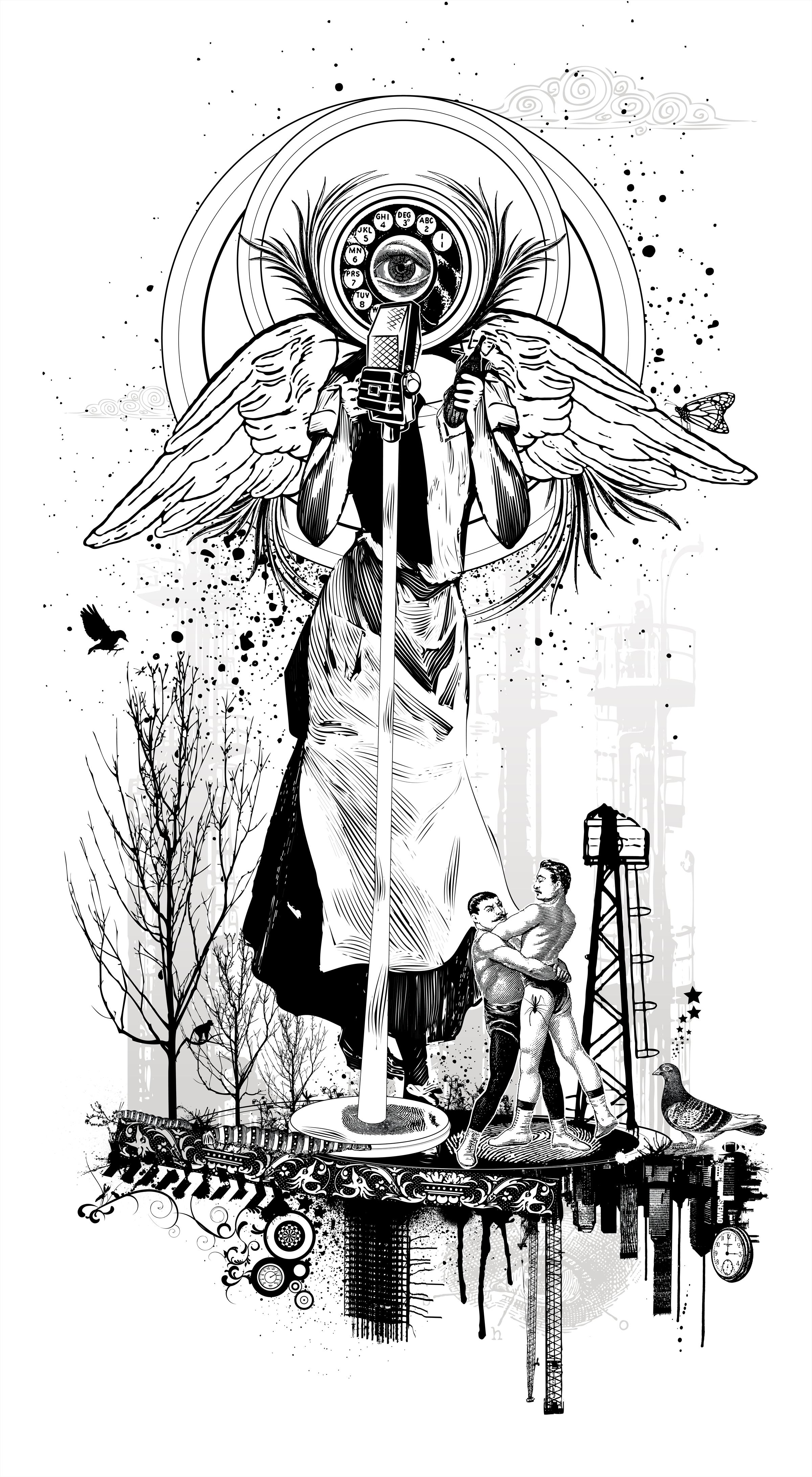 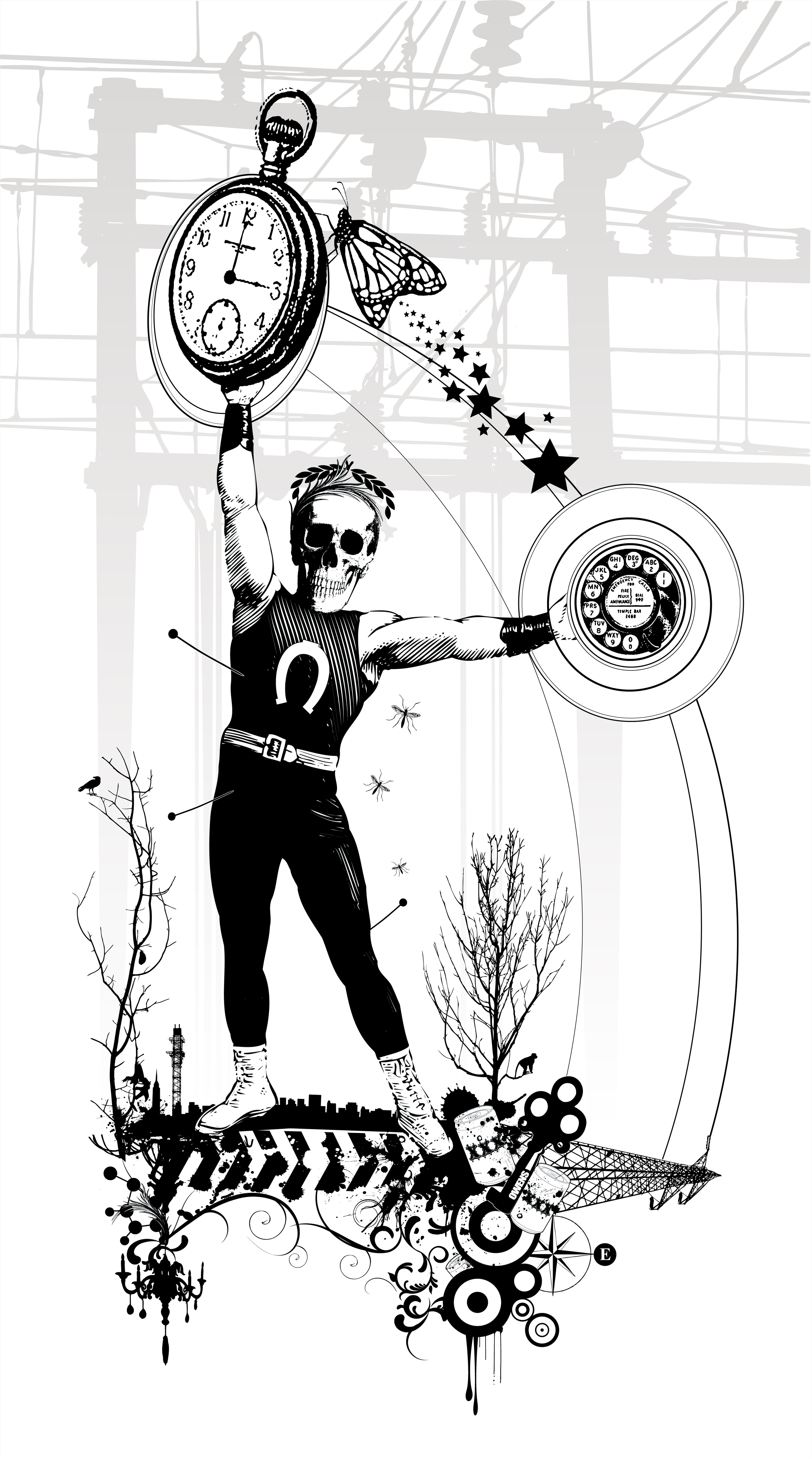 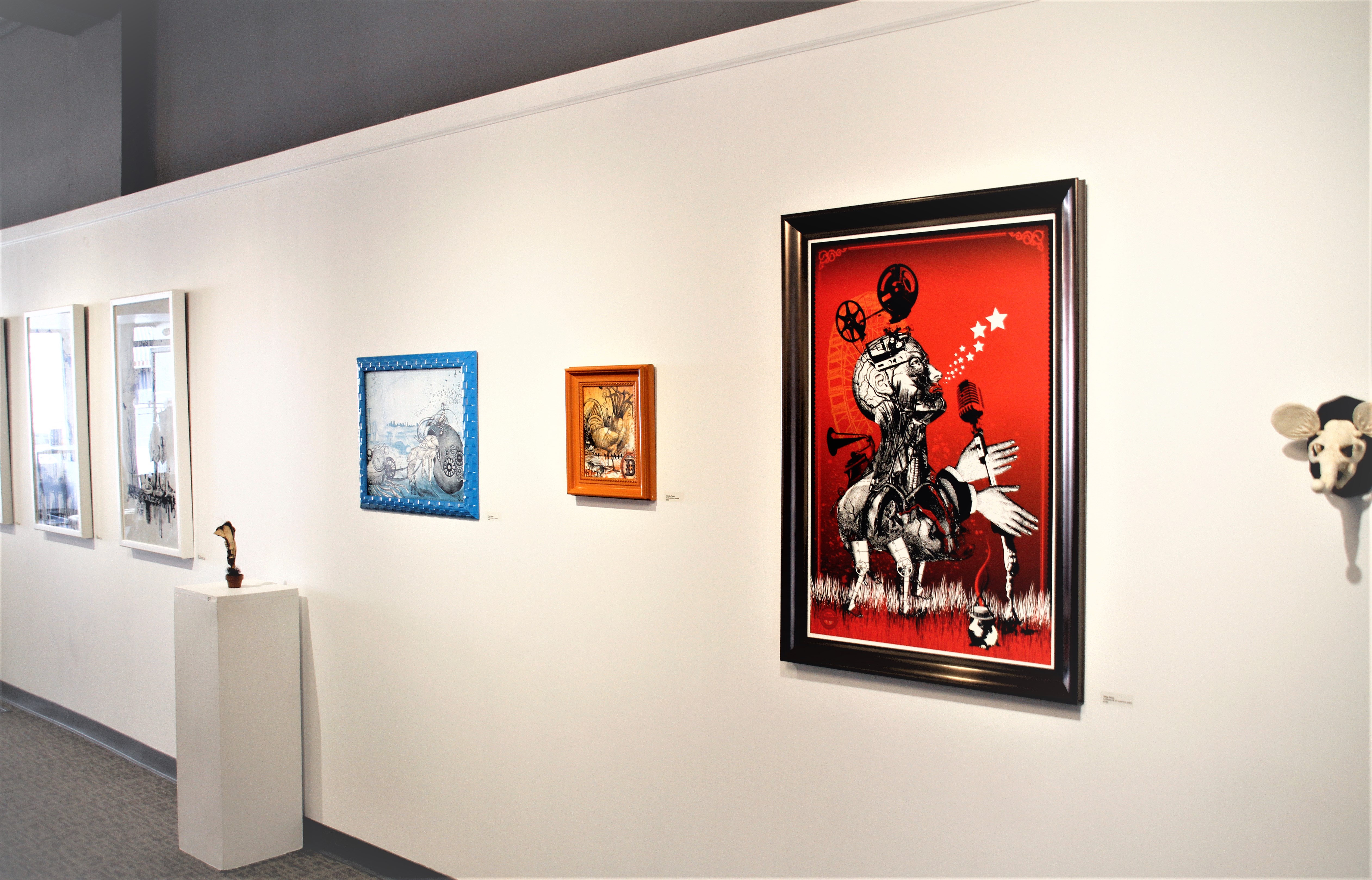 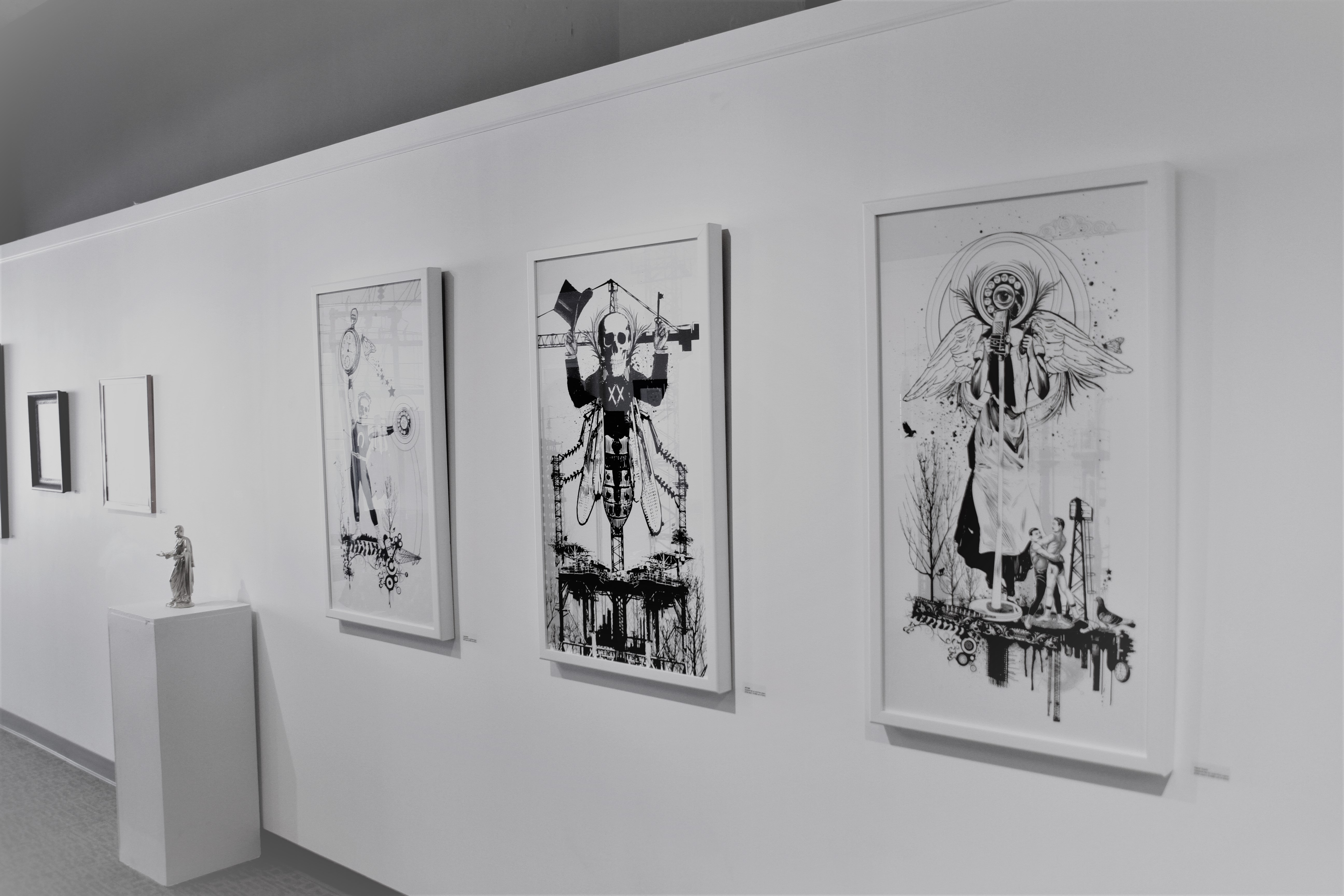