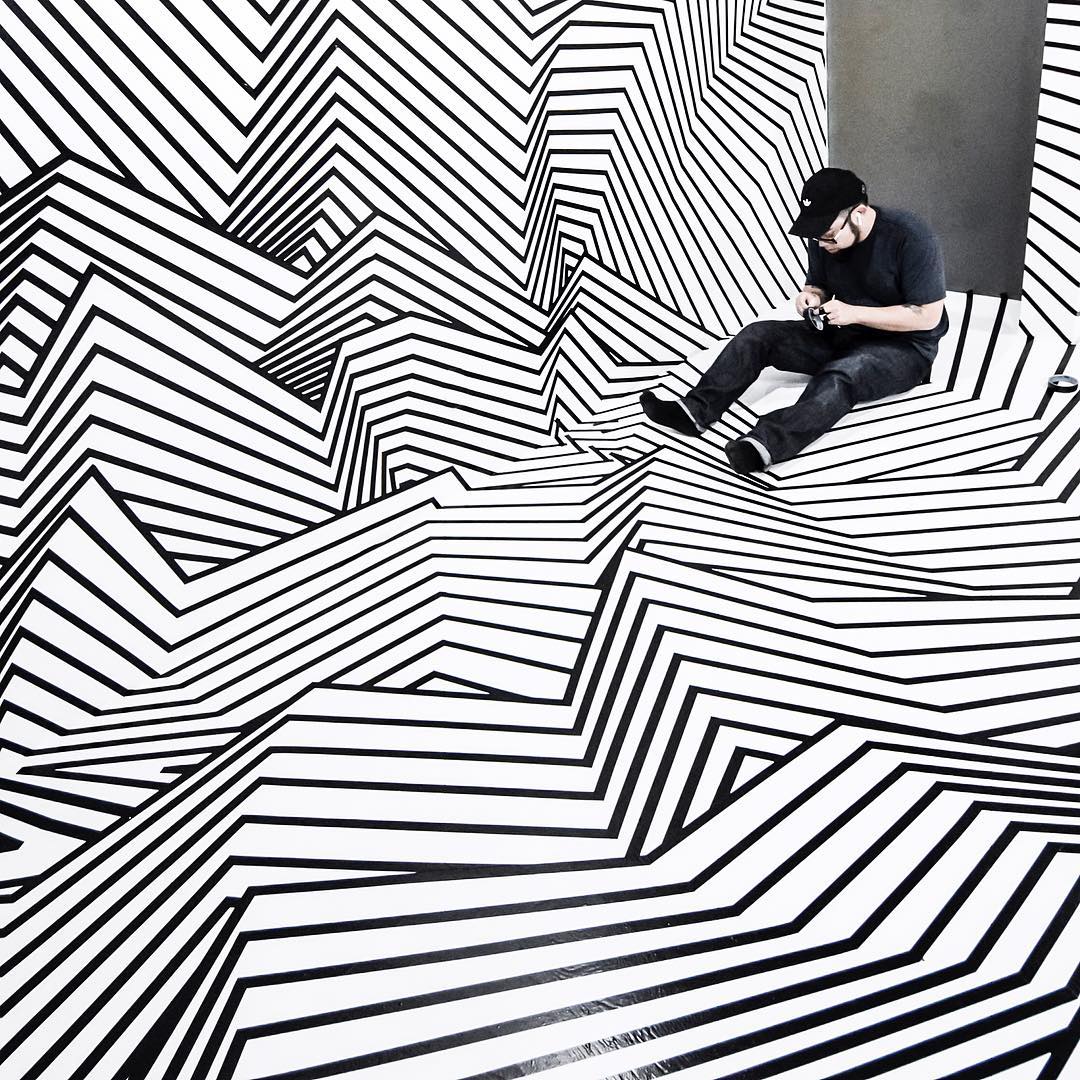 Darel Carey takes something as simple as a line and creates new worlds and dimensions. The artist says that the work is partially intended to transform the space it inhabits, taking a flat surface and crafting entirely new depth. His projects have recently appeared in the Museum of Selfies, Edwardsville Arts Center, and other spaces. These spacial explorations share a kinship with the work of Felipe Pantone and others who alter everyday canvases. 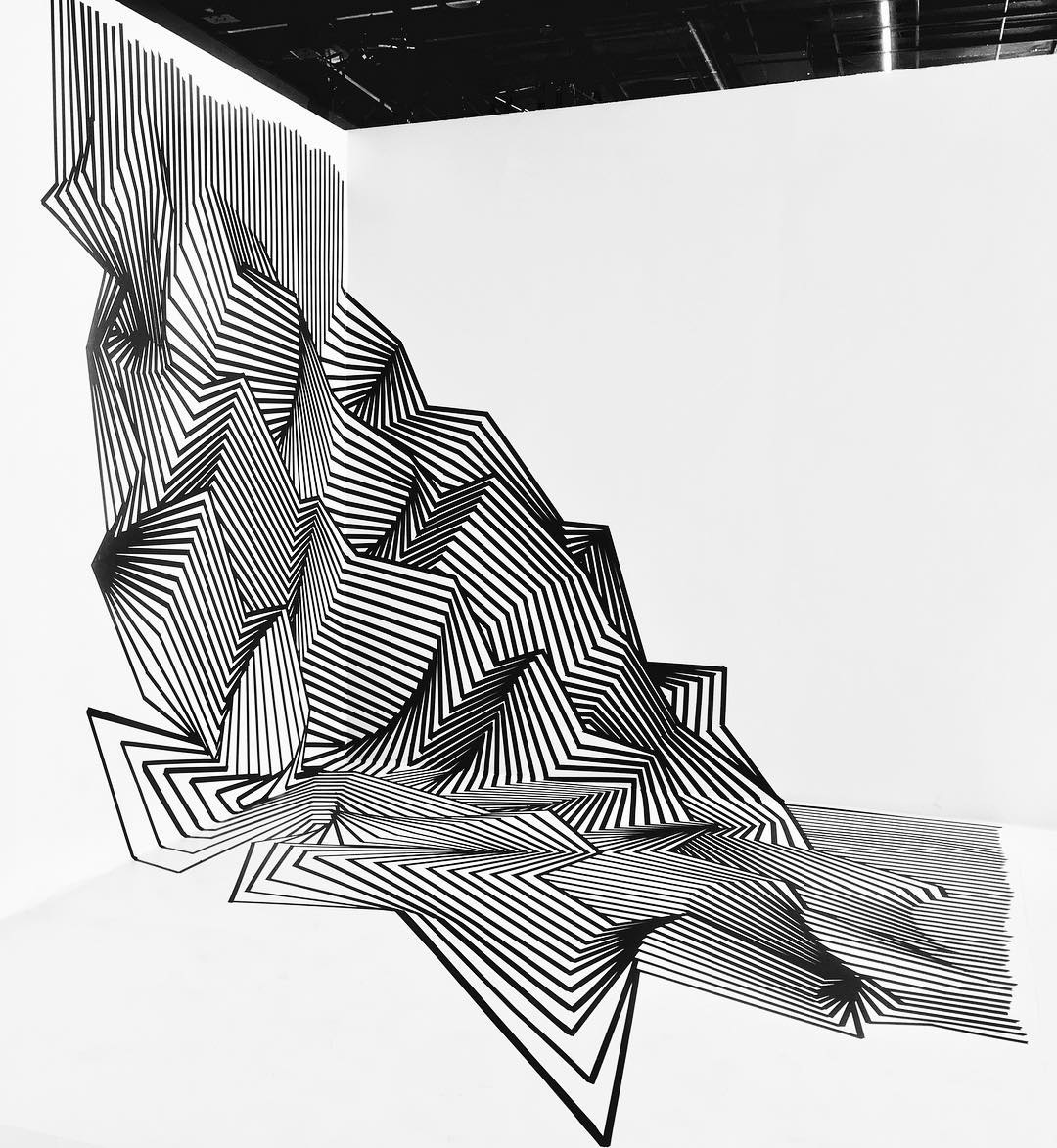 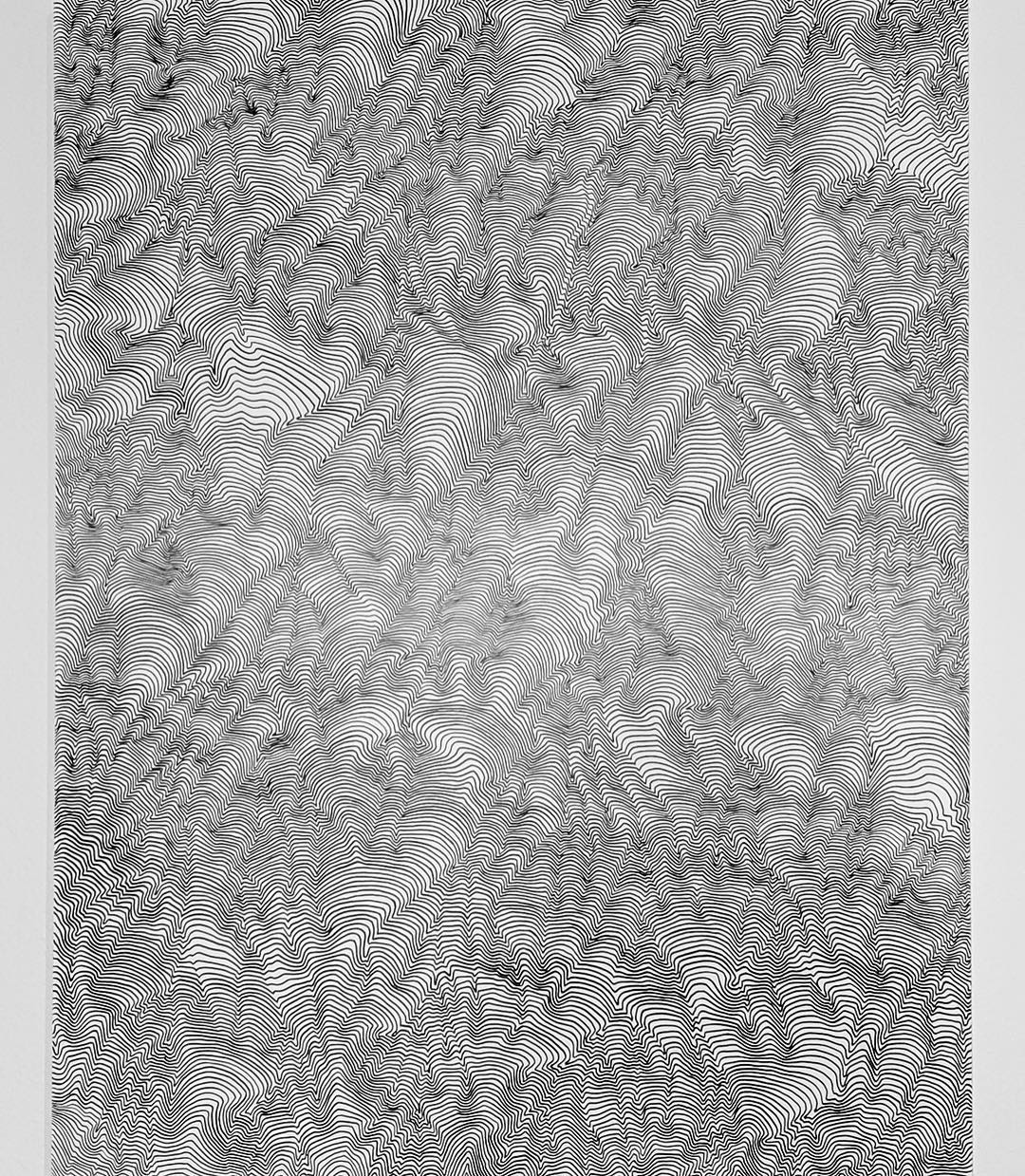 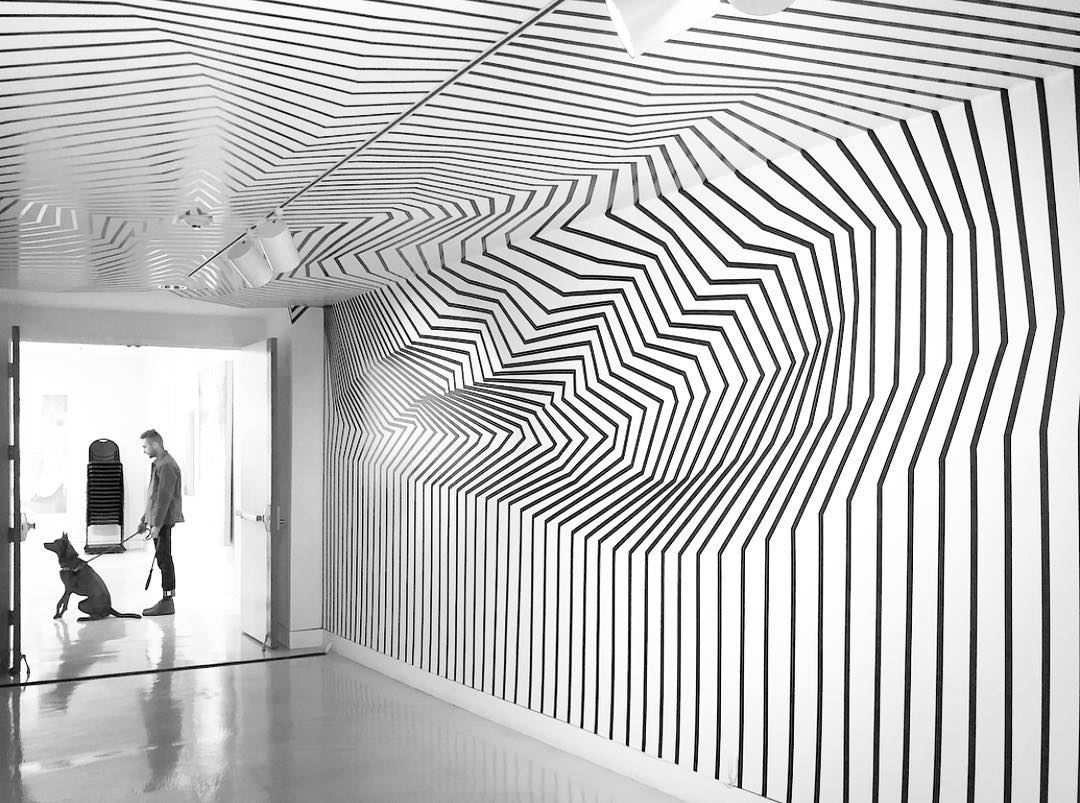 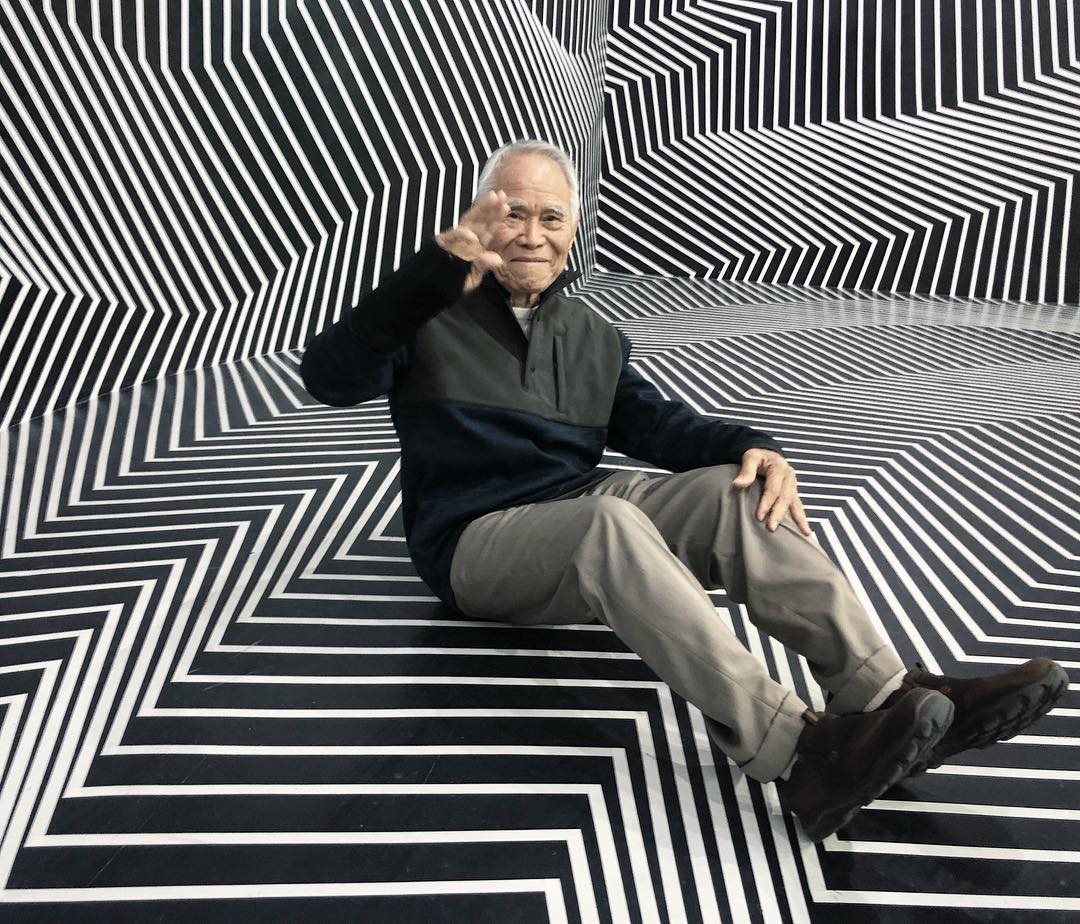 “A line on its own is simple,” the artist says. “When combined with more lines in a consistent, precise manner, the lines become more than just the lines. They form something more complex. On a two-dimensional space, a flat surface, many lines juxtaposed in varying distances at different points can be perceived as three-dimensional. In a three-dimensional space, following a similar concept, lines moving from the floor to the wall to the ceiling can appear to occupy space in mid-air from various vantage points, which creates a perceived topographical space, transforming the visualized landscape of an area.” 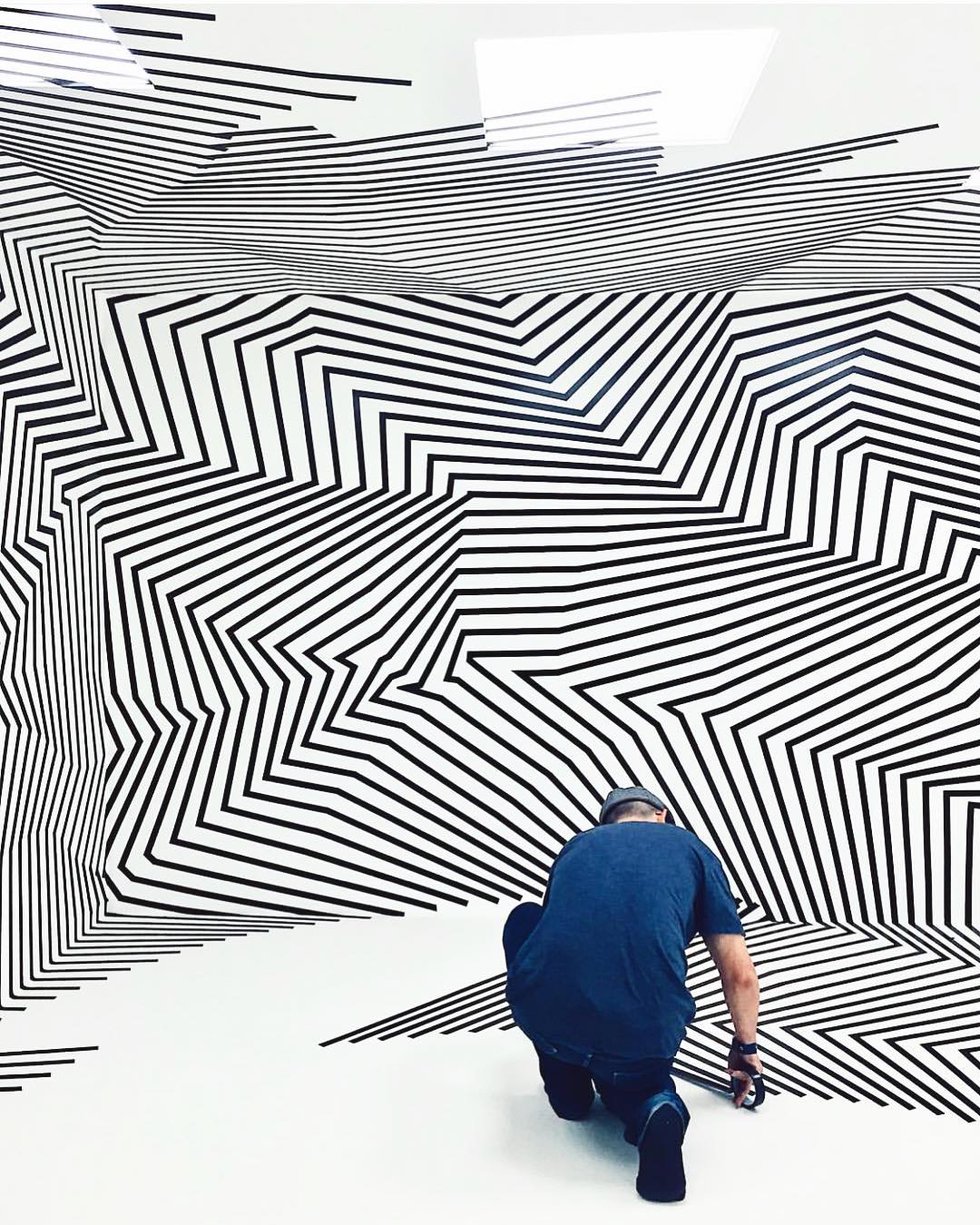 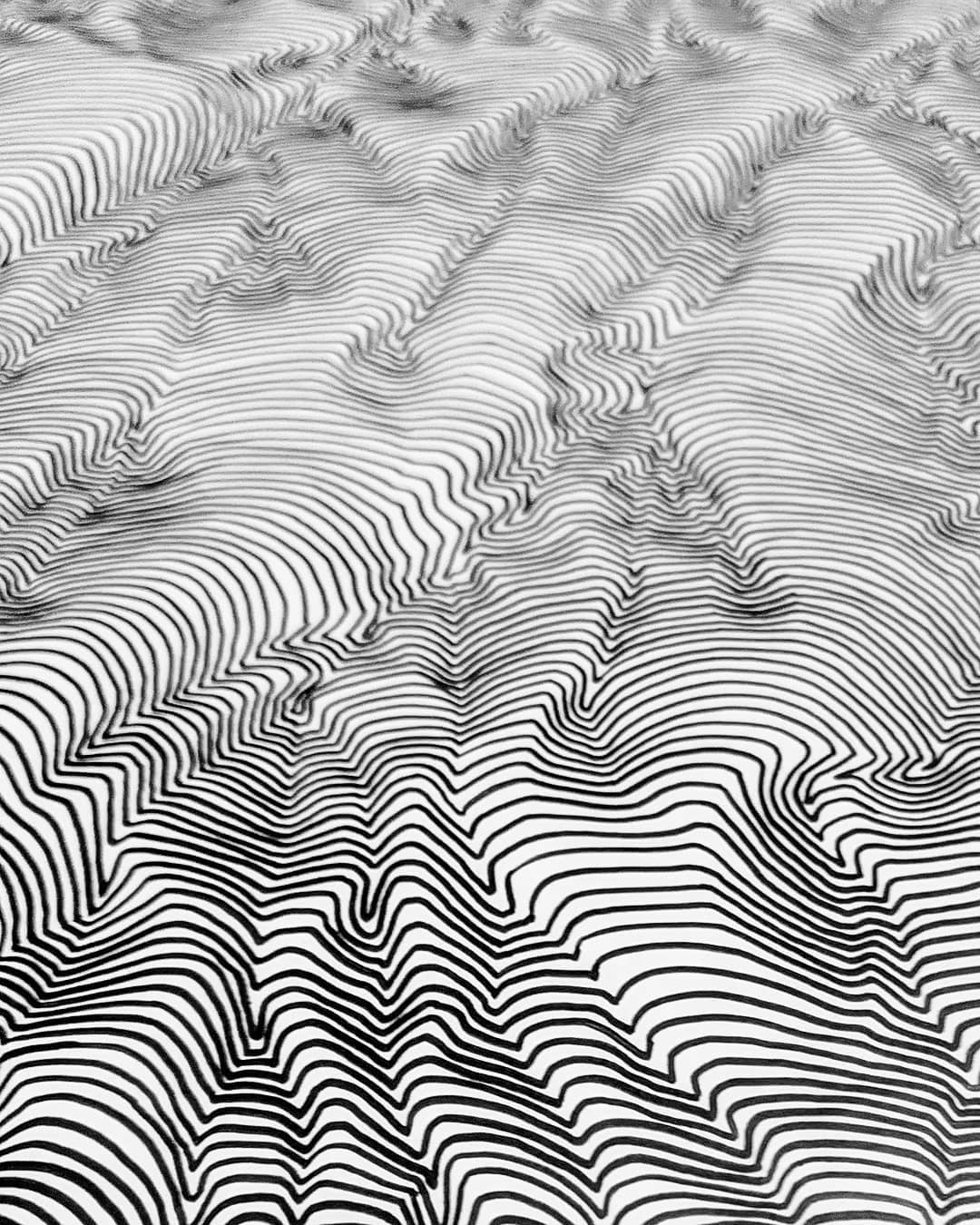