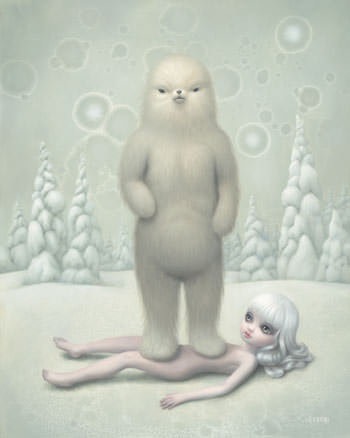 Last Saturday we touched down in Tokyo to join friends and fans of Mark Ryden in order to see his latest exhibition “The Snow Yak Show” at the Tomio Koyama Gallery. This show marked a bit of a departure for the artist, whose previously brightly colored palette and rich back rounds were replaced by a more austere, minimal look and staying to a serene palette of white and grey tones. Gone also were the opulent frames, with the artist choosing slim white frames instead. The gallery had two rooms devoted to the show, one small room full of drawings and sketches which all quickly sold, and the large room held the paintings, of which there were seven (also almost sold out last time I sneaked a peek at the impressive price list). Assorted well-wishers in the house included artists Tim Biskup, Junko Mizumo, and Chris Berens, Brad Keech from Pressure Printing/Porterhouse, Colin Turner from Last Gasp, and Michael Kohn of Kohn Gallery and of course Ryden’s muses Marion Peck, Jessicka of Scarling and “anti-mogul” Long Gone John. I spent part of the evening taking a bunch of shots before it became too crowded… Lots more of the show…. 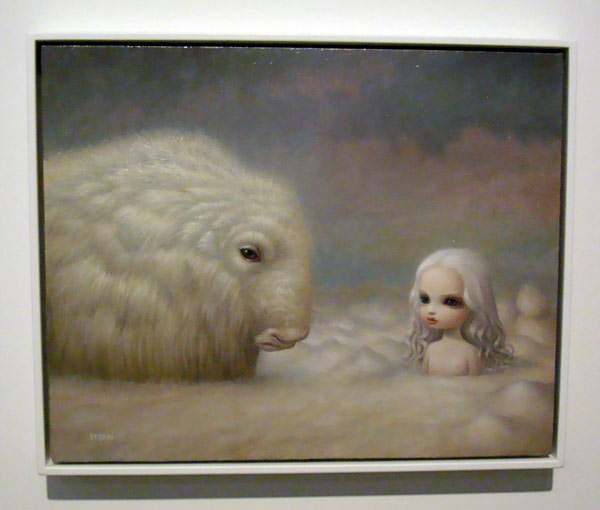 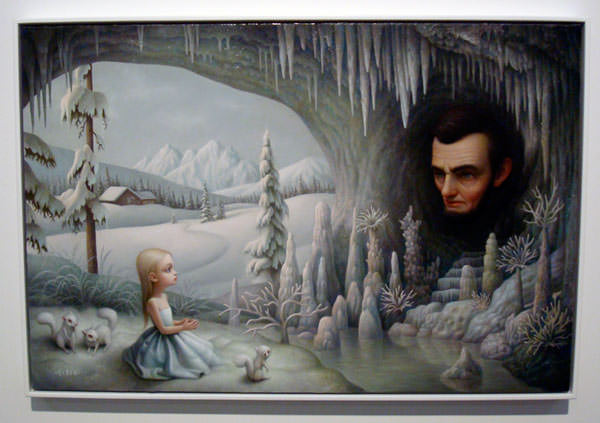 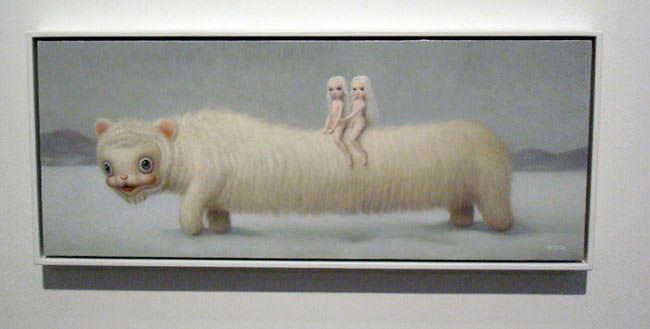 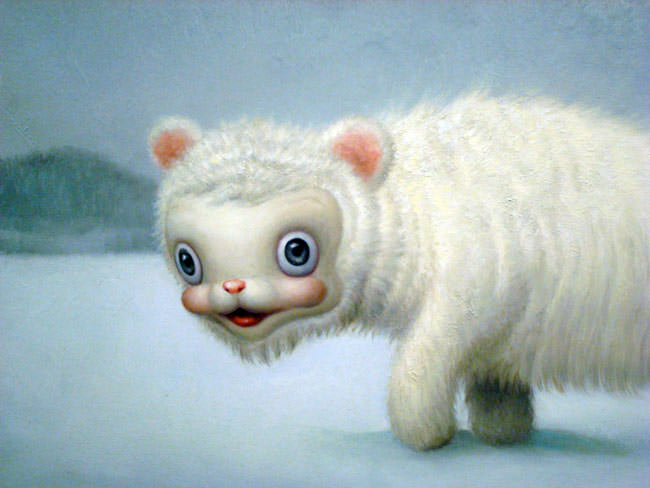 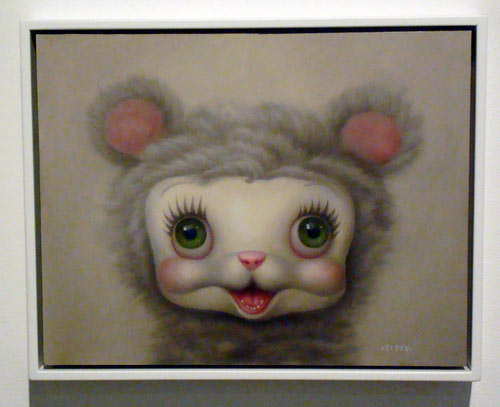 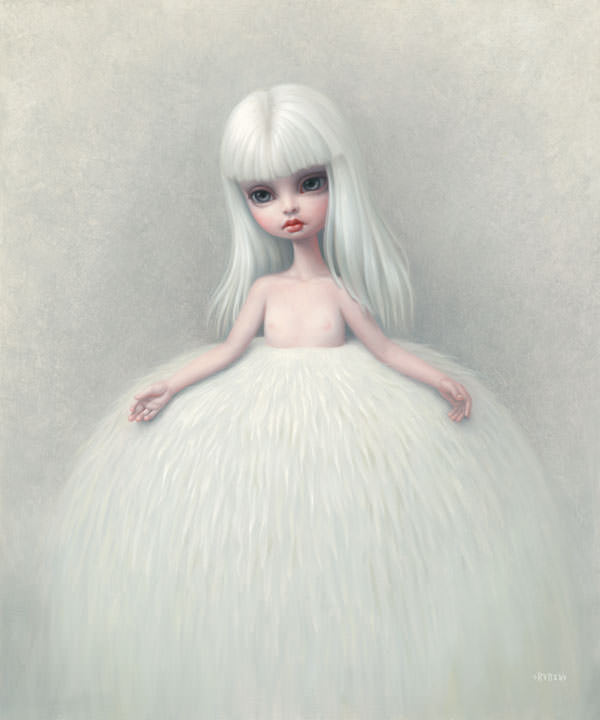 “Girl in a Fur Skirt” 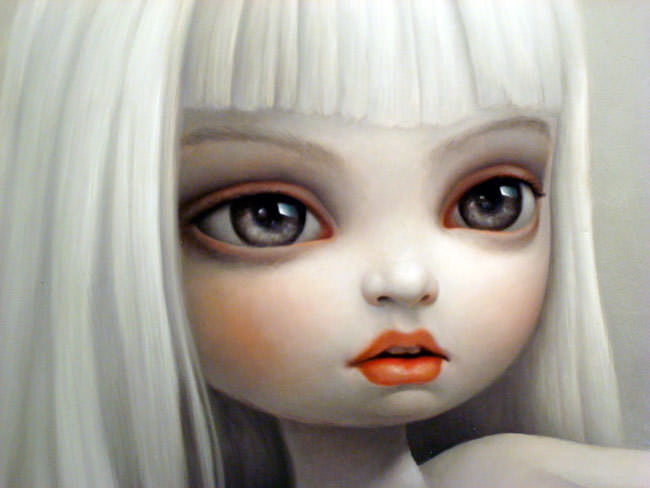 Detail of face from “Sophia’s Bubbles” 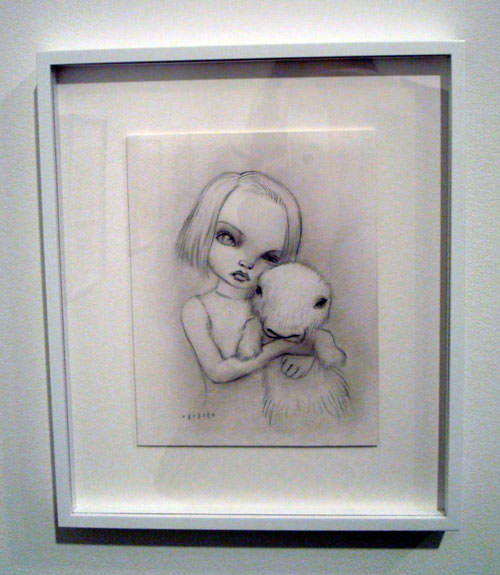 Drawing from “The Snow Yak” show 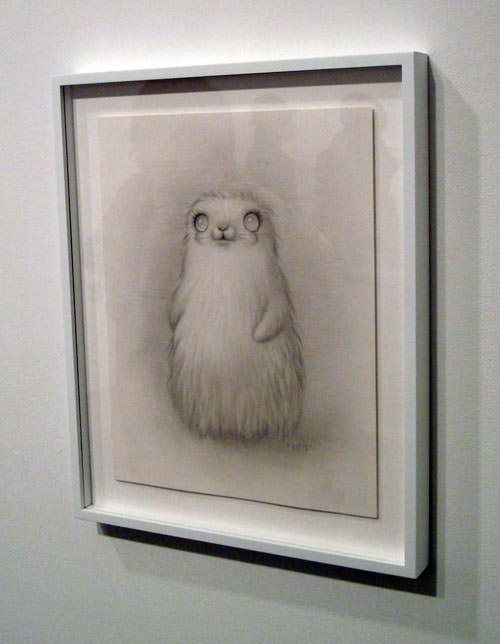 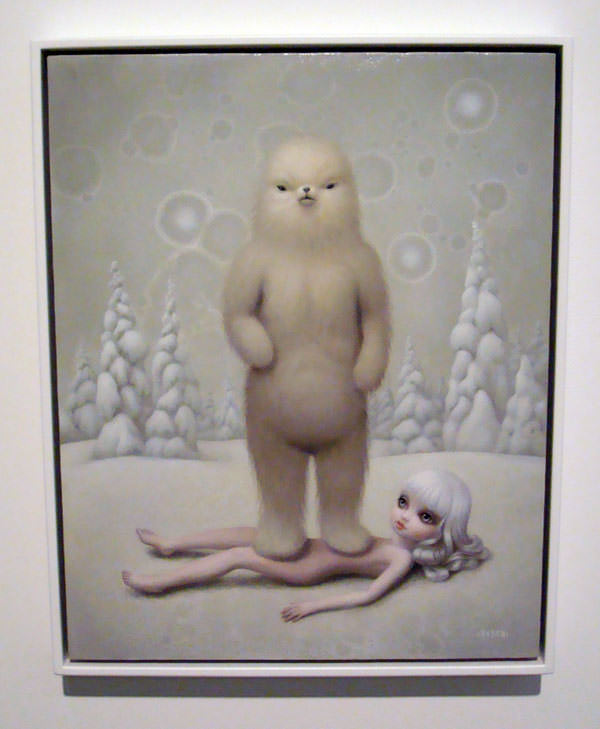 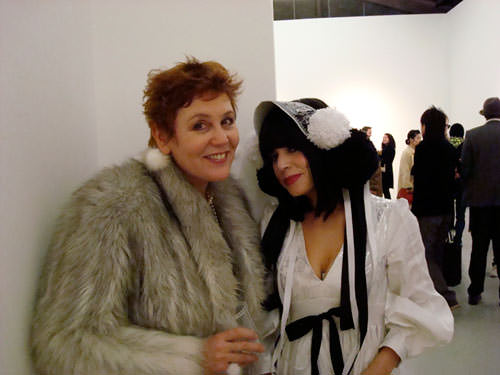 Marion Peck with Jessicka Addams who Harajuku-ed it up for the opening. 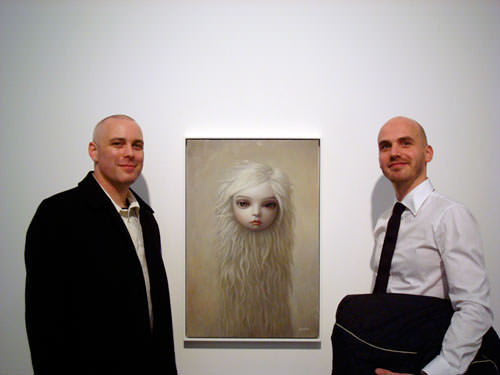 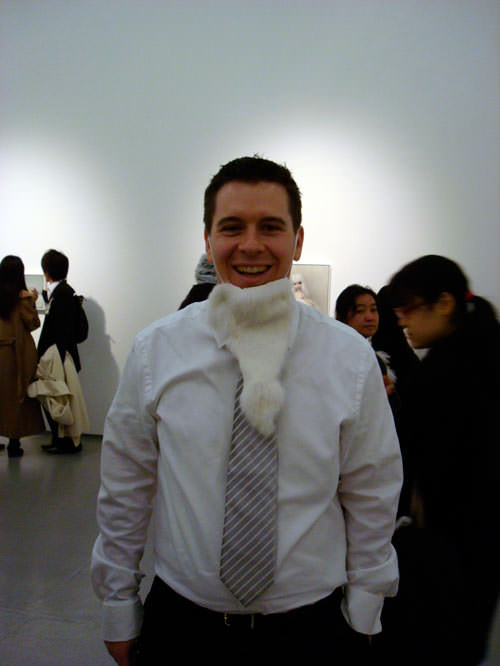 Colin Turner from Last Gasp with his snow yak beard 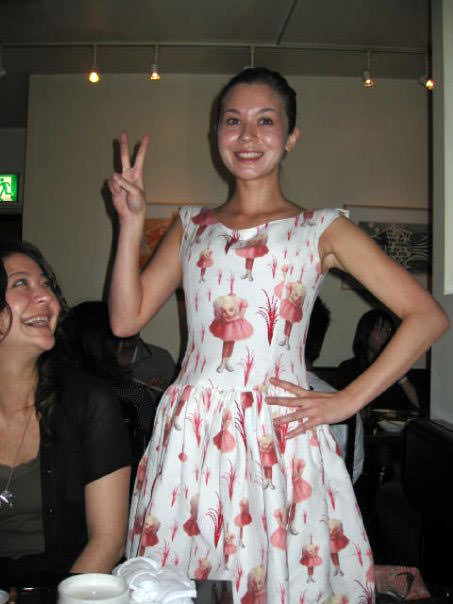 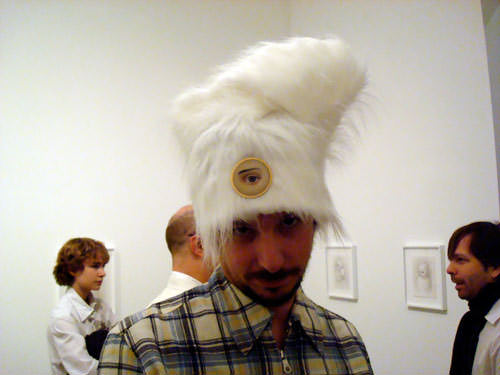 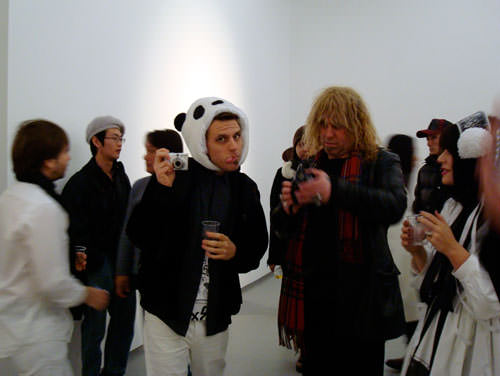 Some played fast and loose with the dress code of white and fur but I think Luke worked it out while Long Gone John confuses his camera. 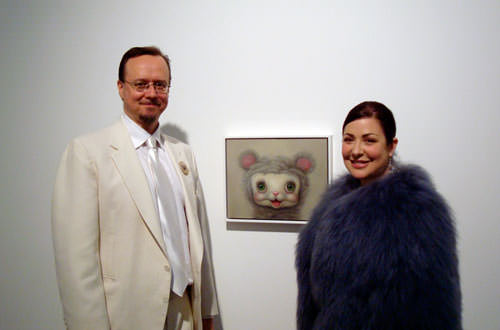 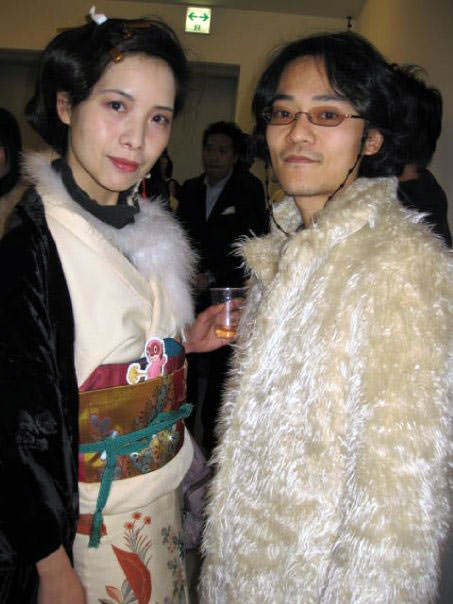 The snazziest couple in the room. 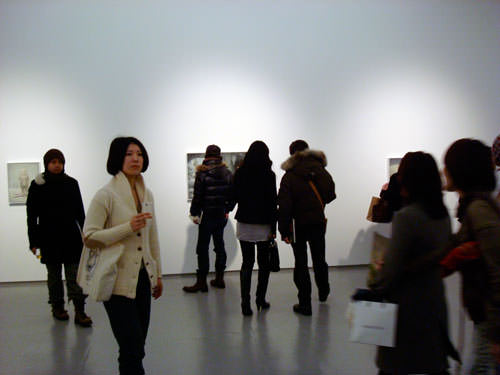 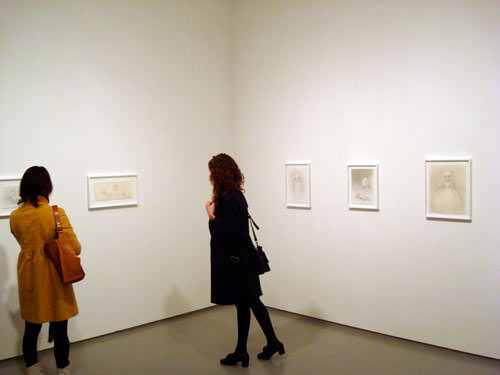 -Brought to you by Kirsten Anderson, Editor at Large