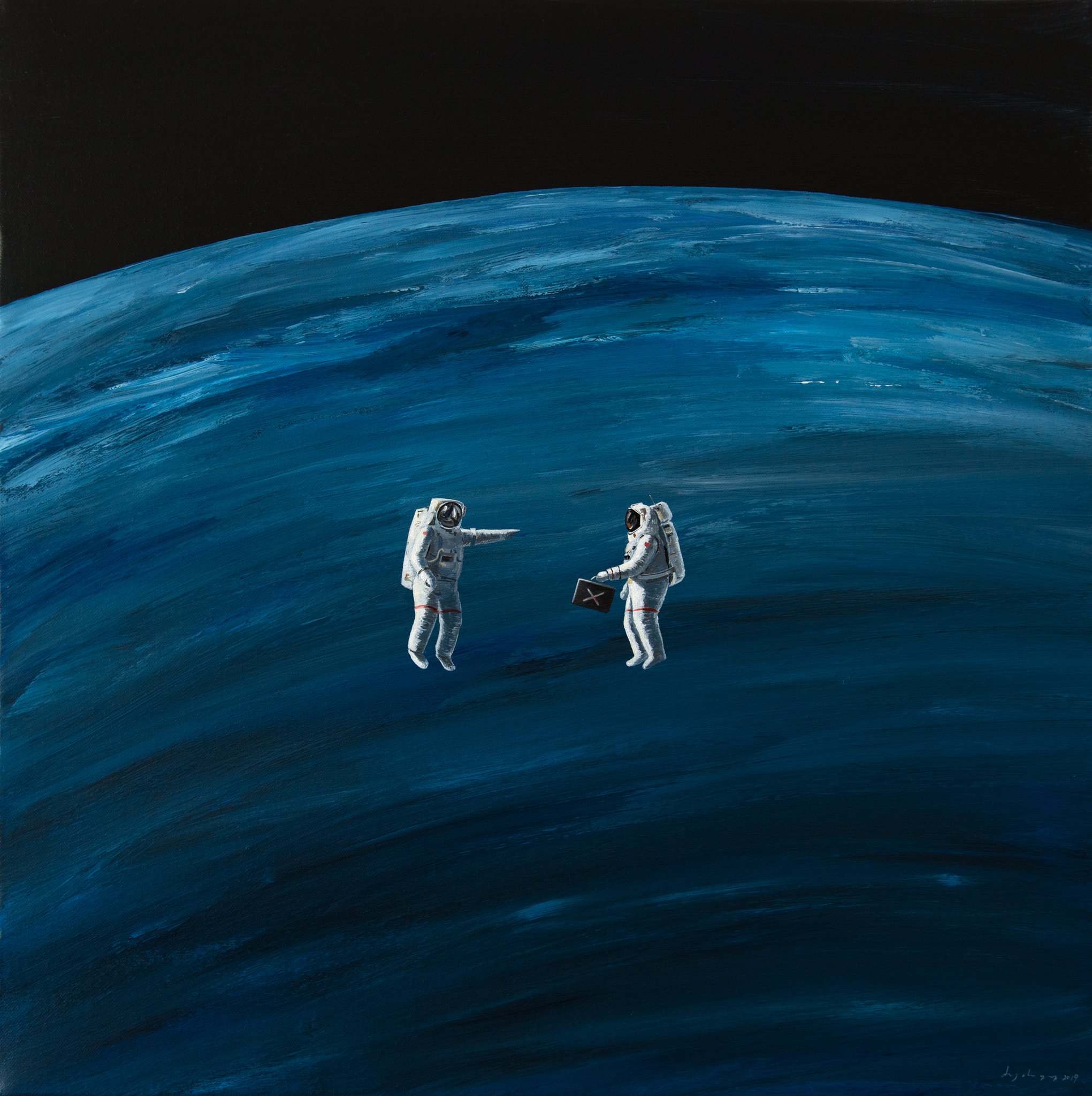 Zhiyong Jing says he paints “dreams, bodies and absurd realities.” The Beijing-based artist takes a surprising approach to scale in his work, often rendering distant figures on small canvases. The effect is cinematic, further underscored by the artist’s occasional use of pop culture references and characters. 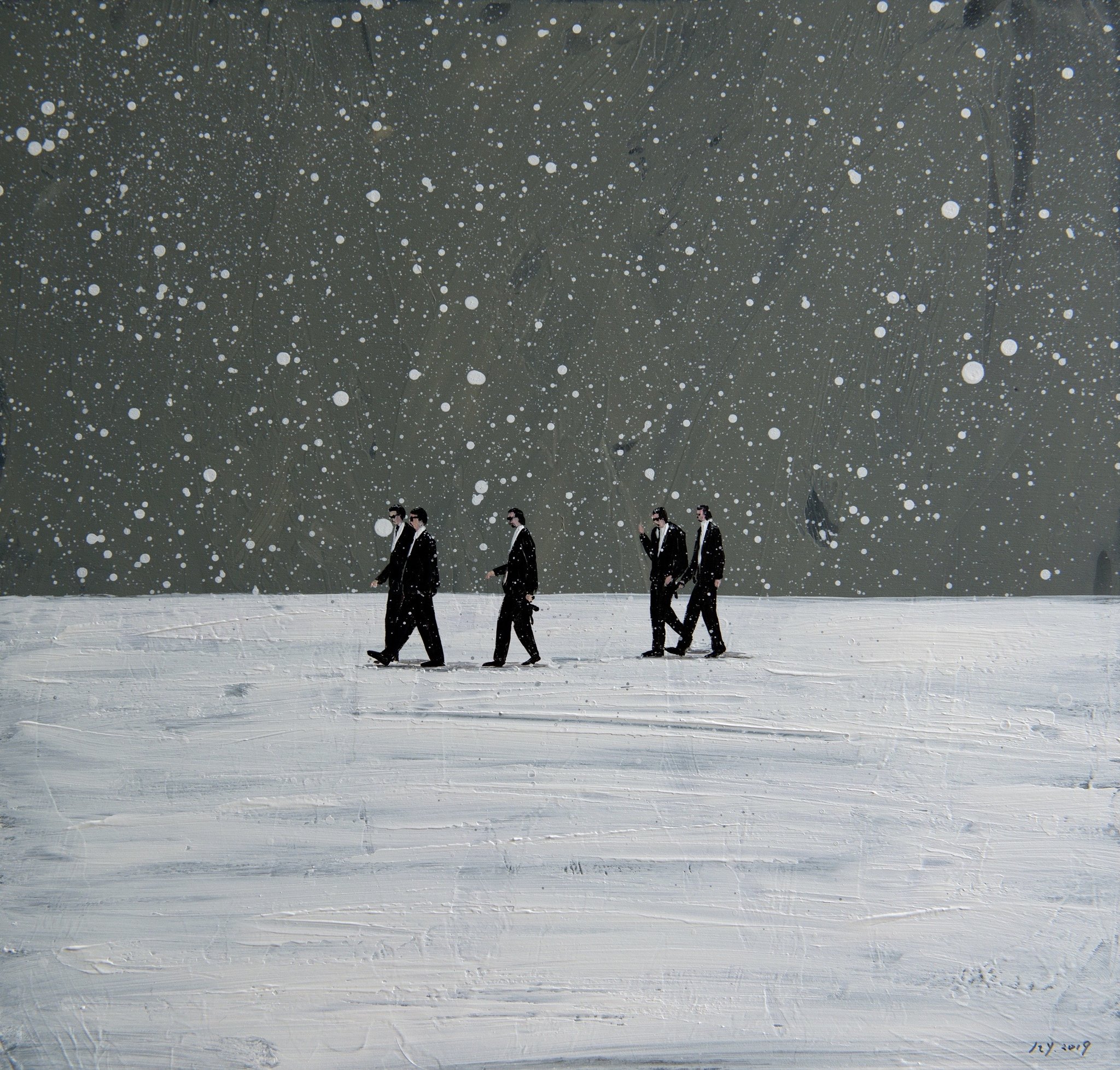 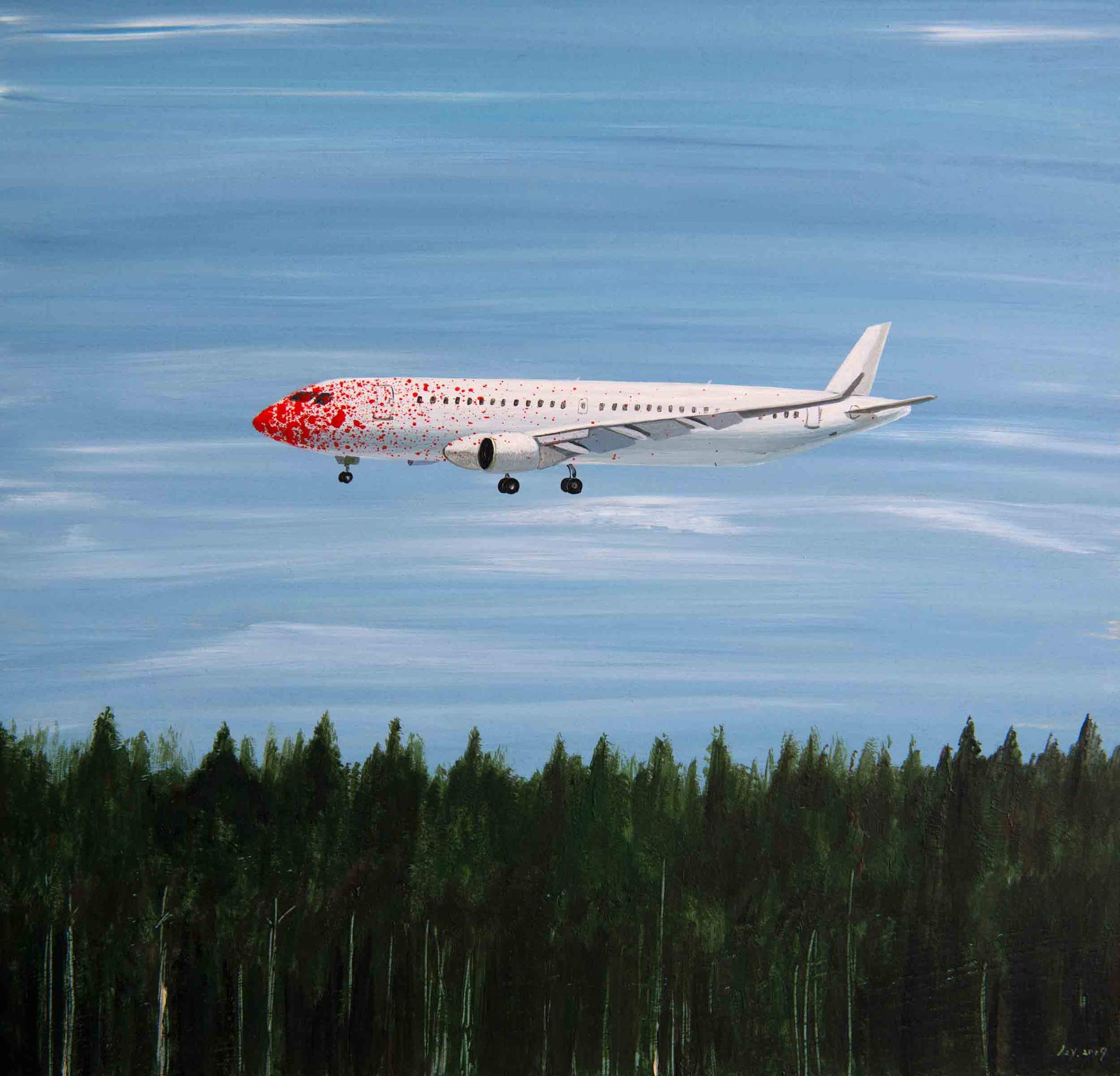 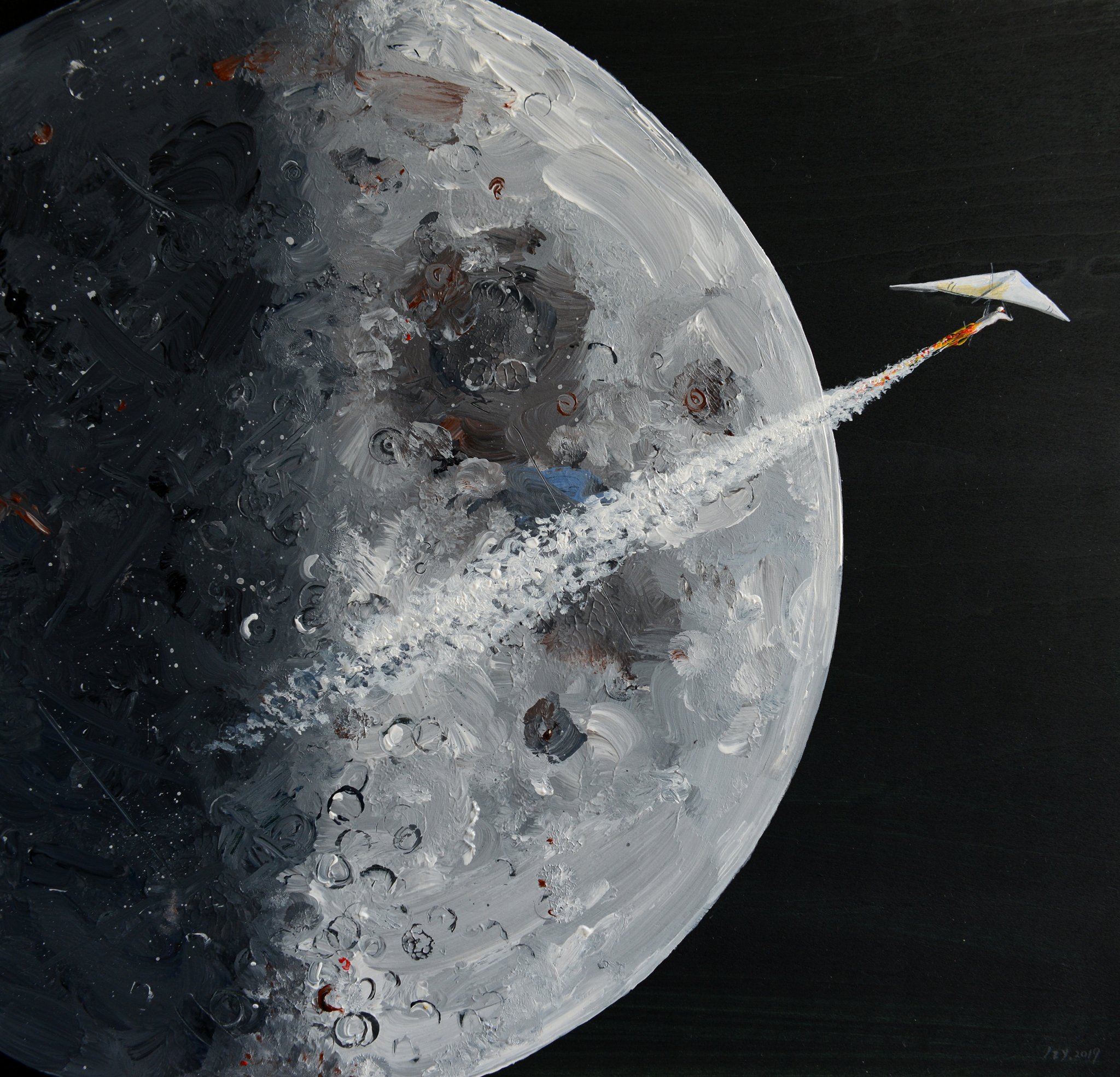 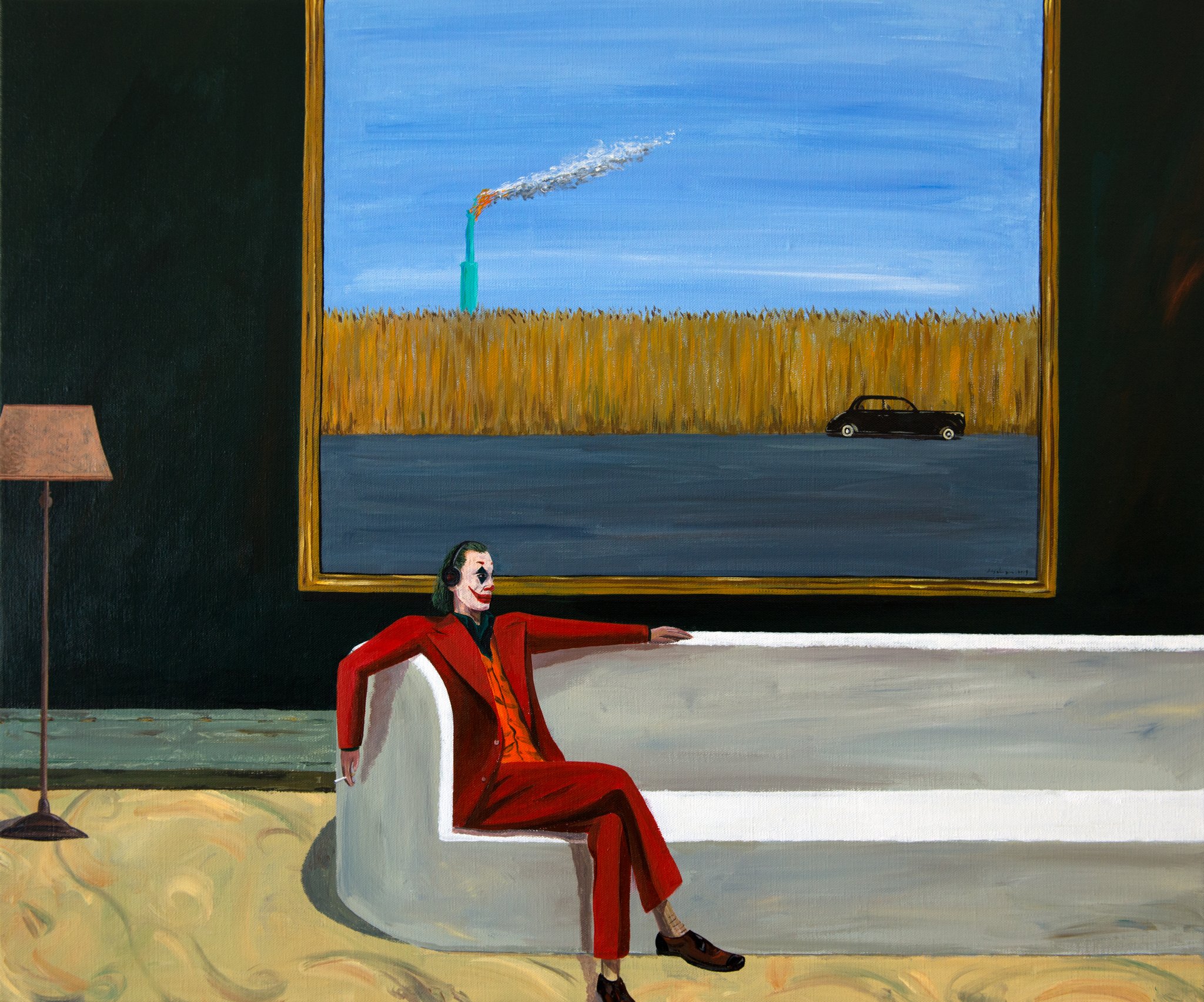 Jing is a graduate of the Tianjin Academy of Fine Arts, and his consistent output over the past few years is packed with both humor and, in some cases, a bit more disturbing fare. A plan is splattered with blood as it passes over a forest; strange meet-ups occur on the moon. All of it speaks to both a reverence for dreams and a command of the form from the artist. 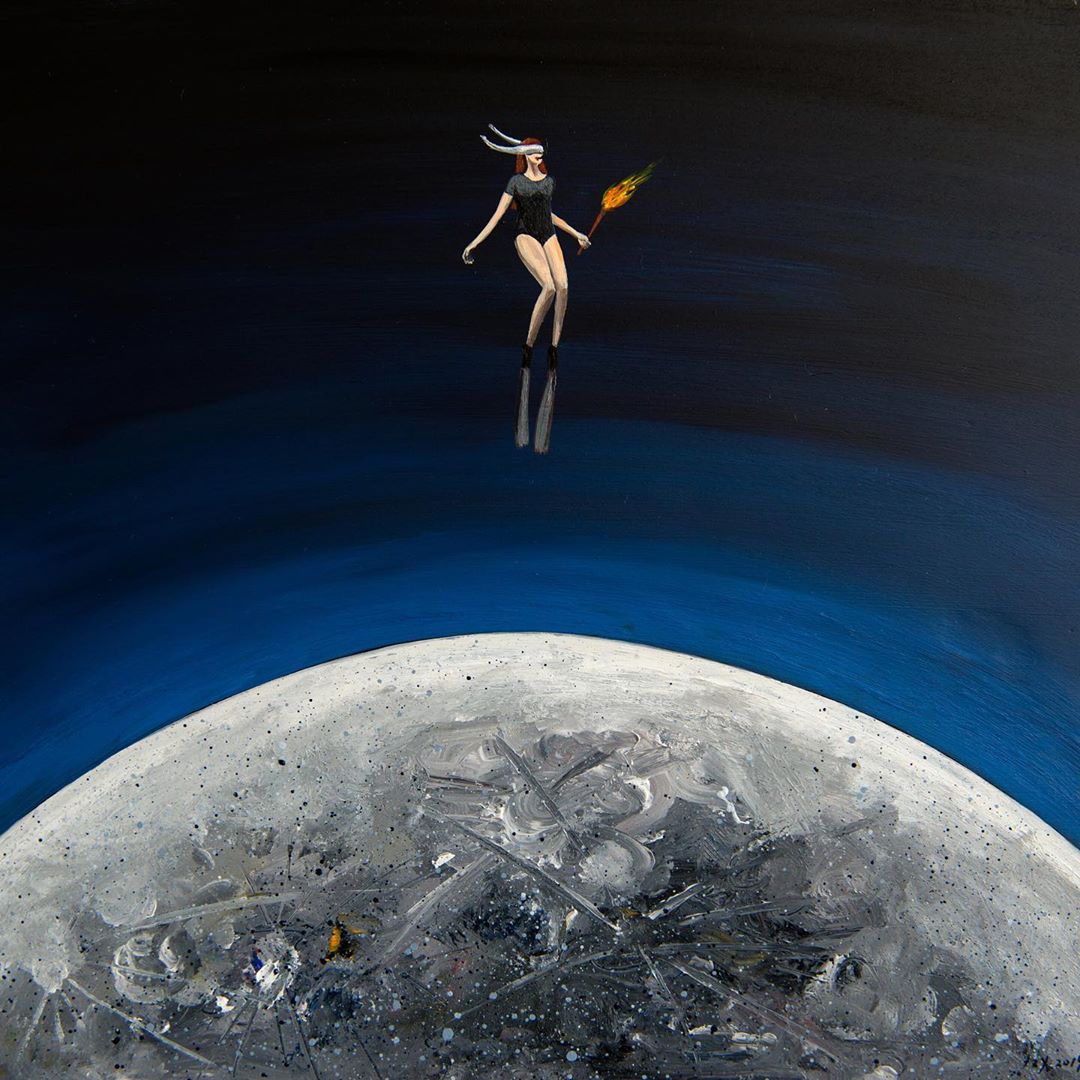 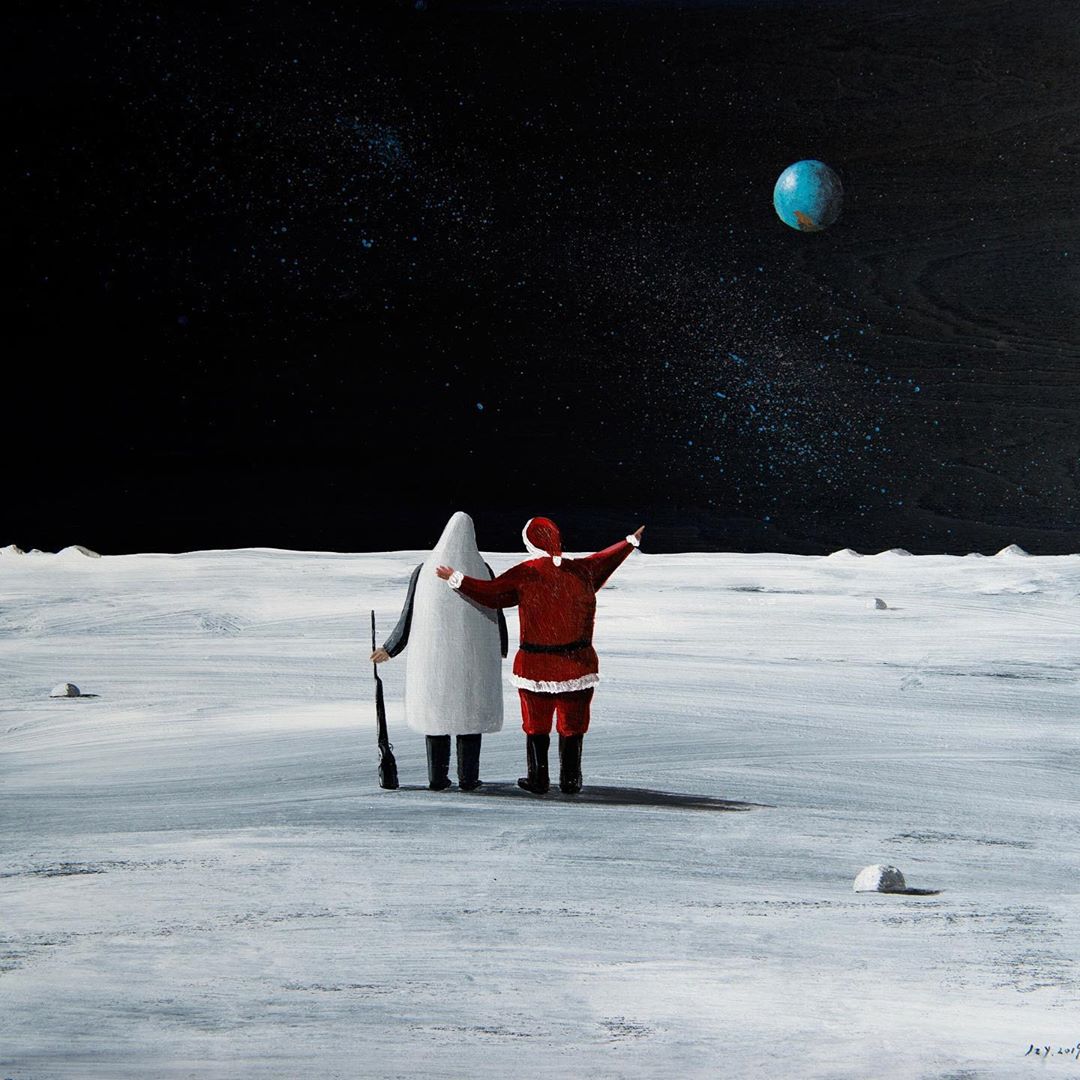 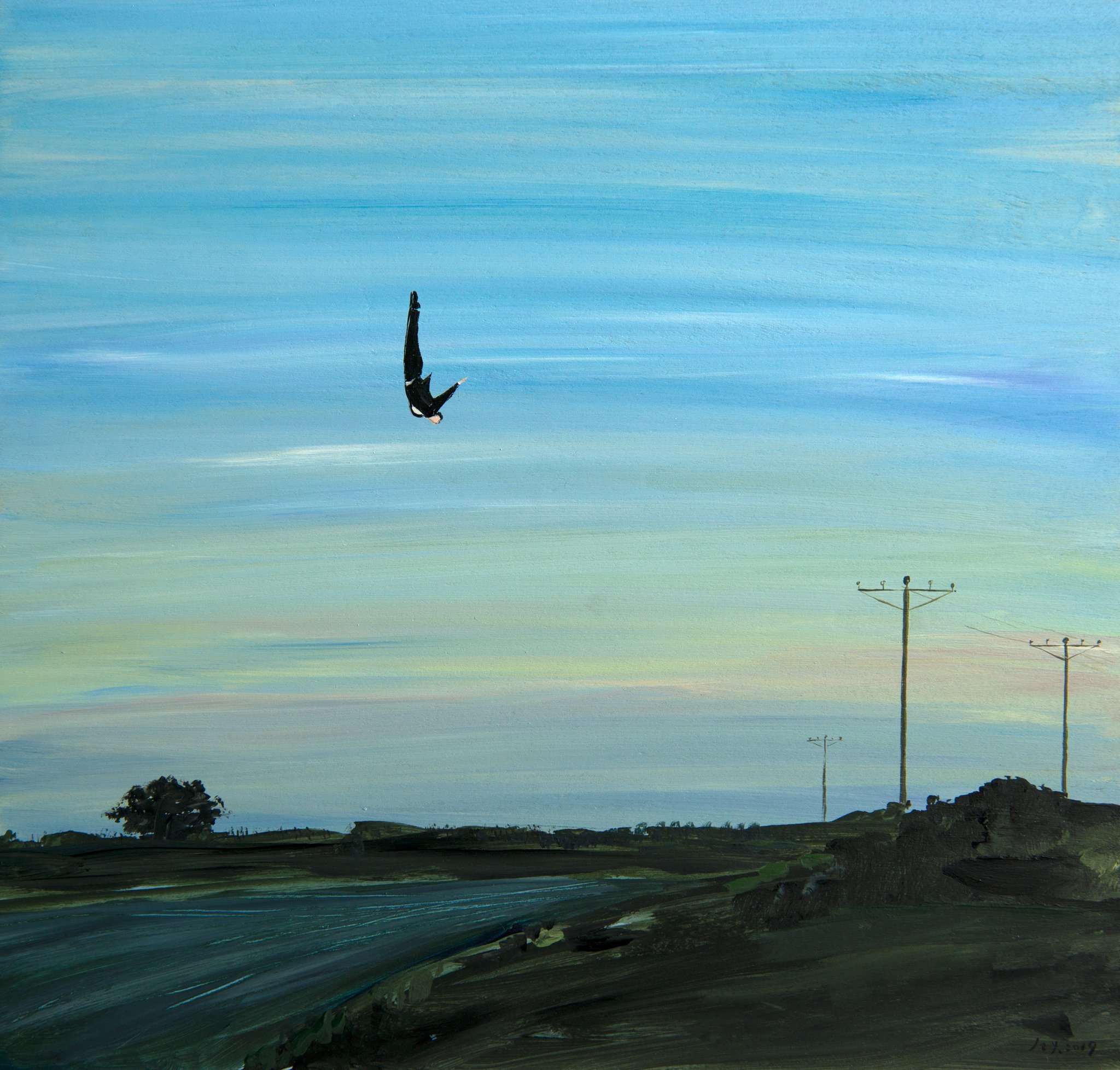 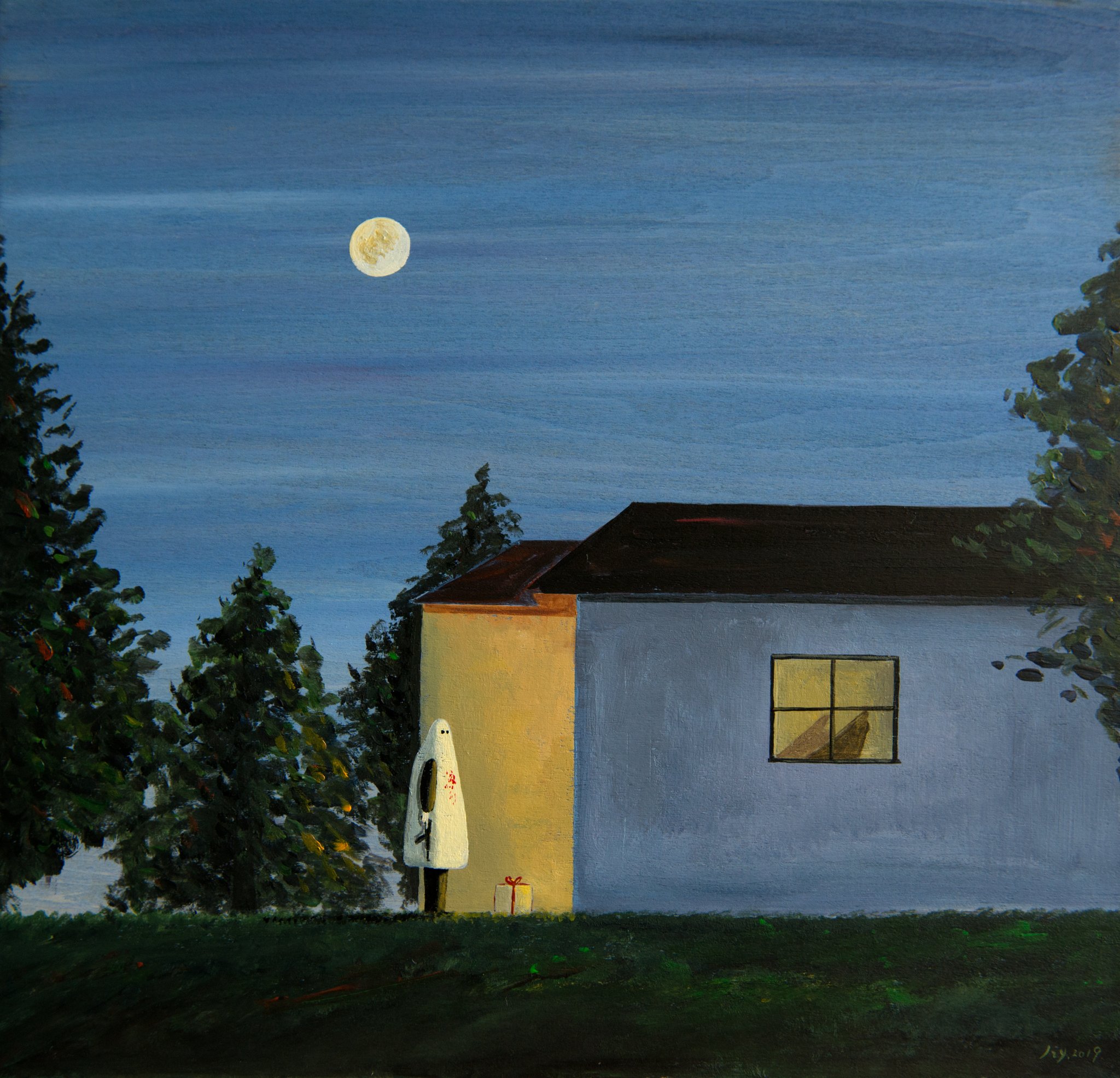 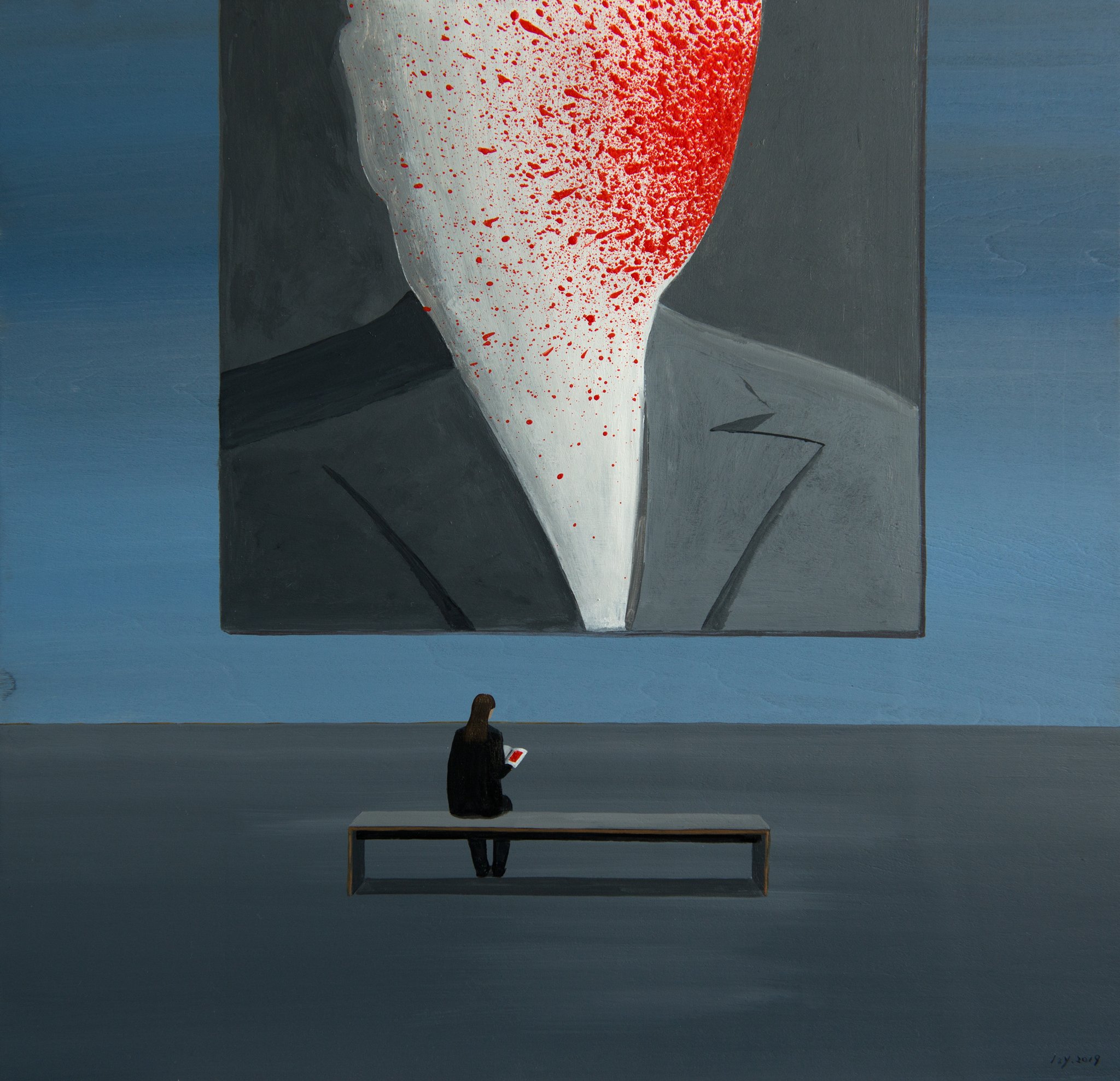