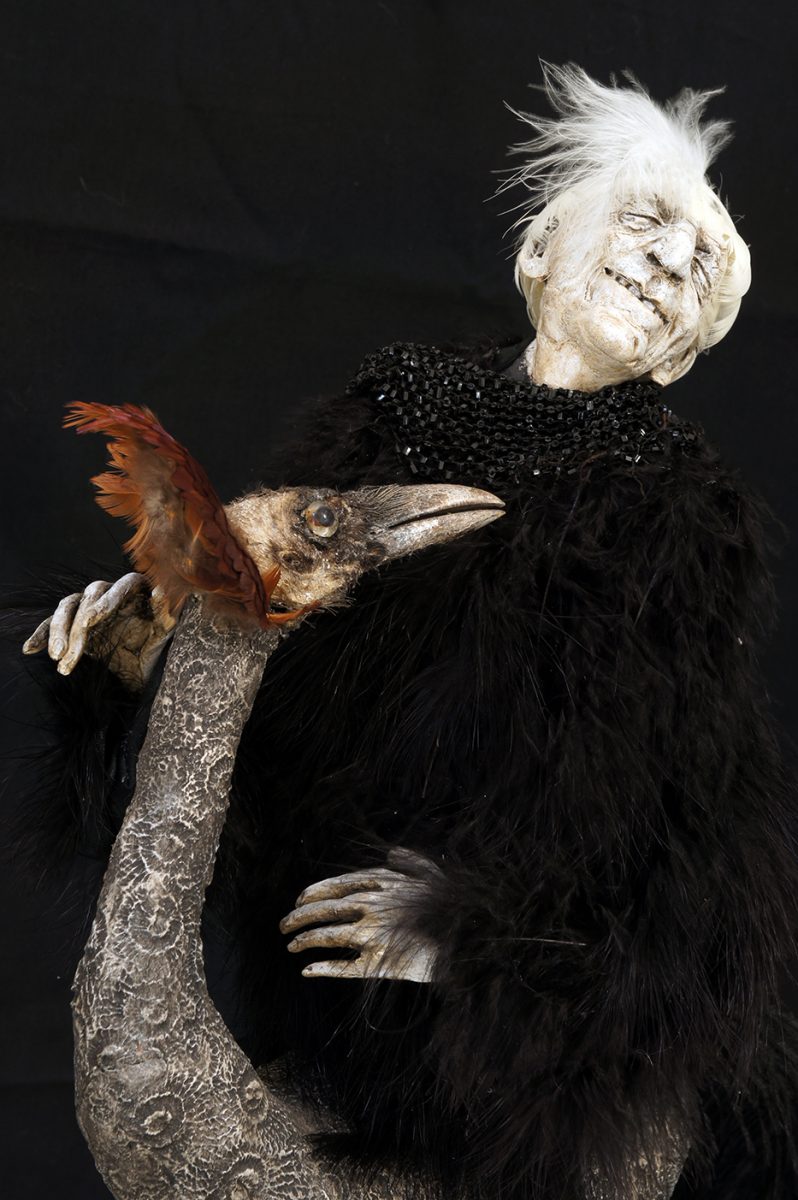 Inside her workshop, Sabrina Gruss re-animates found natural materials and animal remains into eerie sculptures. The artist has said she’s inspired by her own family’s history and a multi-faceted view of death in her works. In terms of inspiration within fine art, she cites outsider and fringe art, as well as Lucian Freud and Francis Bacon. 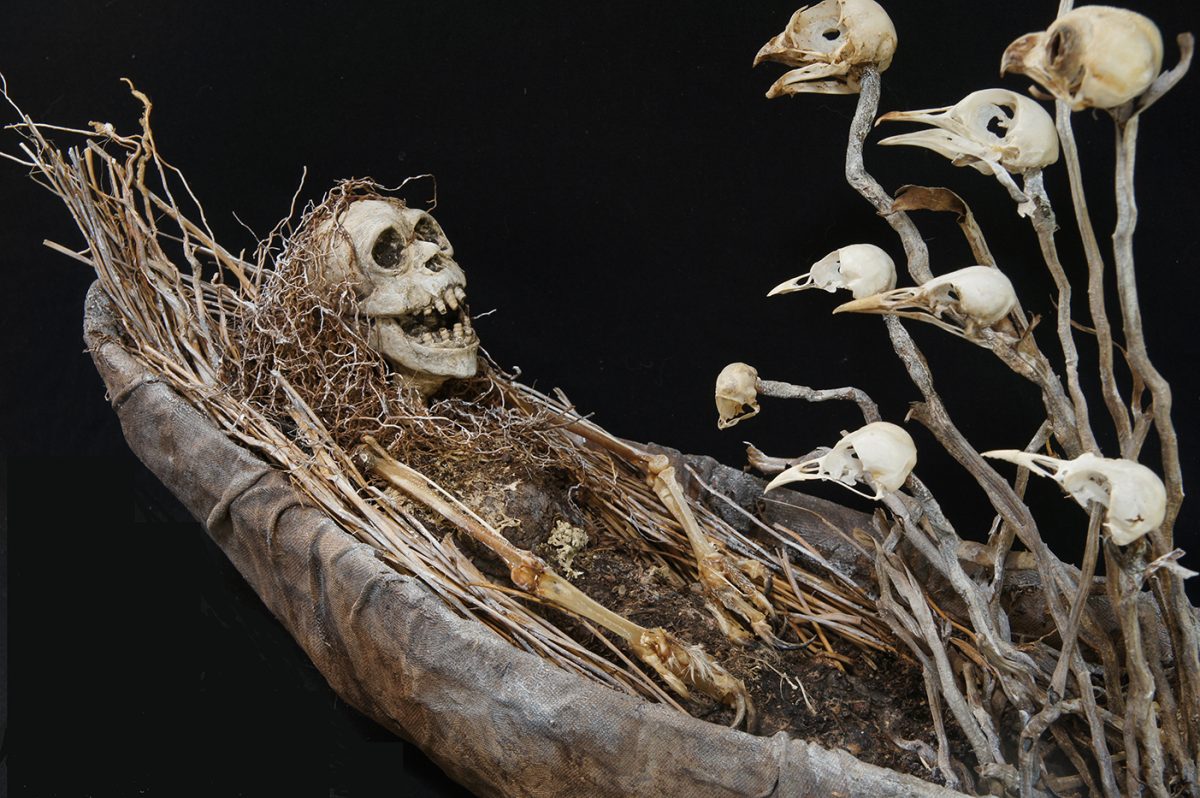 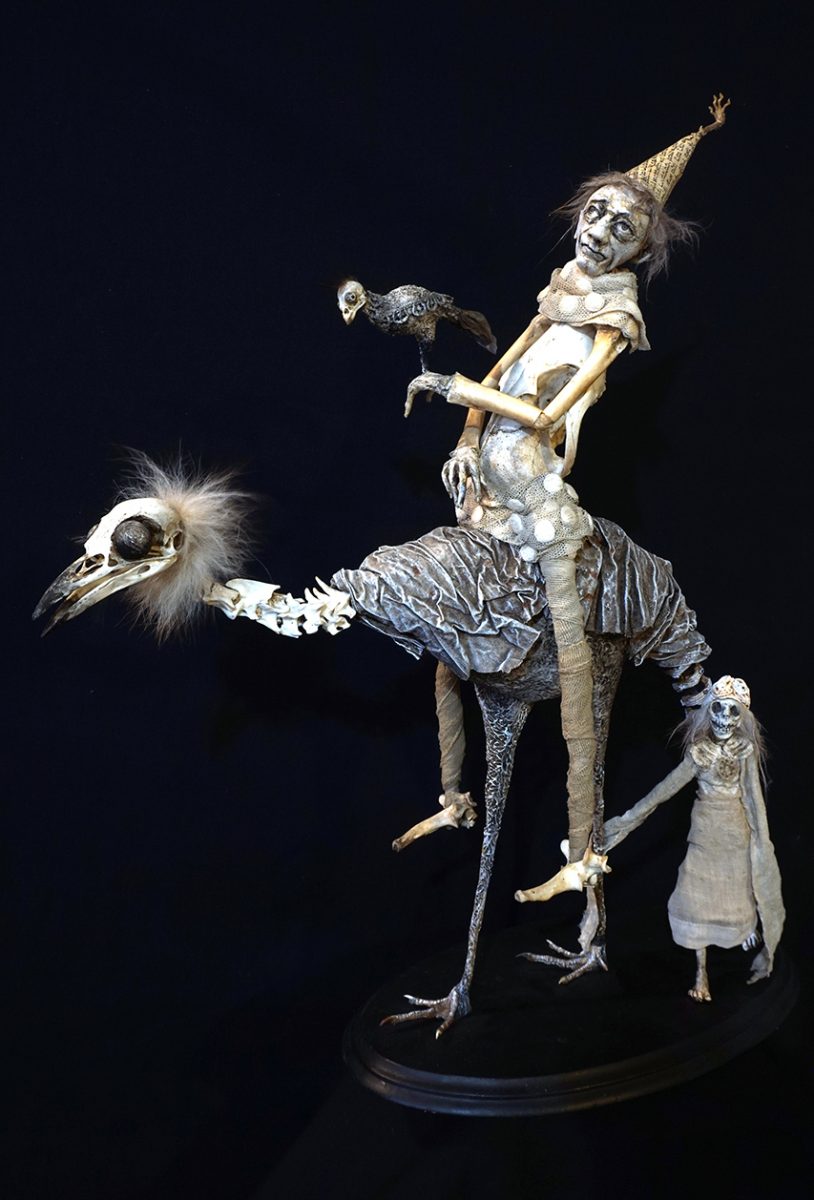 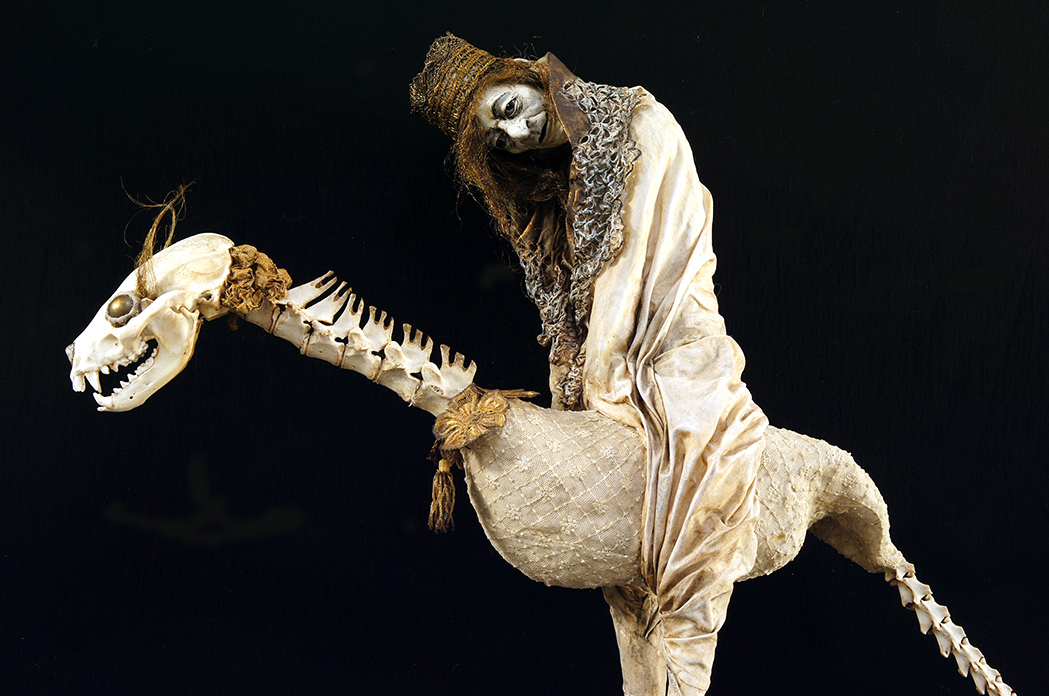 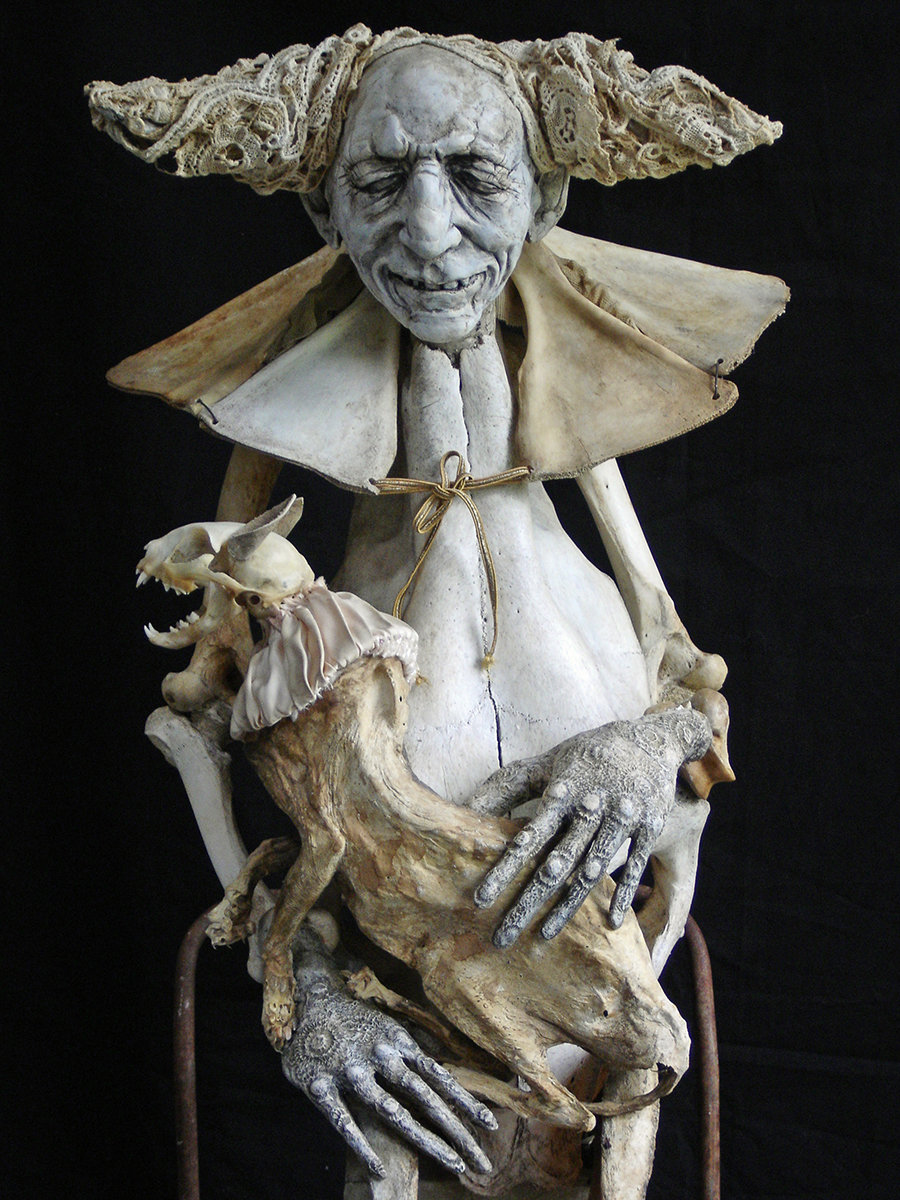 “Sabrina Gruss haunts our world with her creatures from another world,” says Béatrice Soulié Gallery in Paris. “It’s a dance with death, a game of Vanities that sows a tender and ironic smile, a ballet of pretty skeletons adorned for the ultimate party. Gleaner of nothingness, she eradicates moors, abandoned places and thickets roots, skulls of birds, empty shells, bones without sepulcher, in the secret of her workshop she gives herself to surprising resurrections: rat with human head in a constellated tutu of tiny skulls, a long-tailed comrade arises from a box where, perhaps, babies are lying; royal, eternal Parque, Méduzine reveals its sulphurous charms the wrapped head of a snake, a rabbi enters the scene, rescued from the depths of his haunted attic.”

Find more on her site. 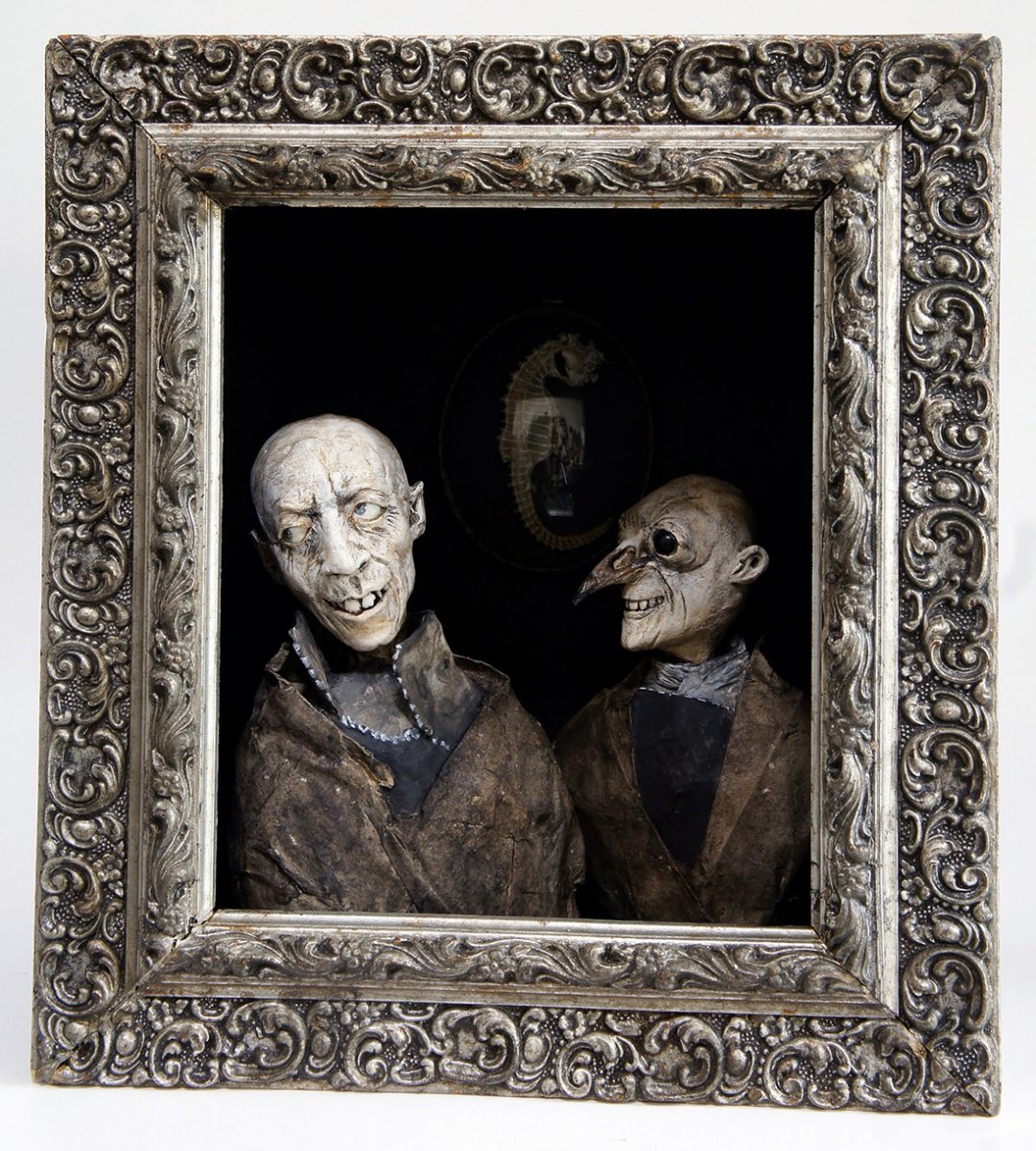 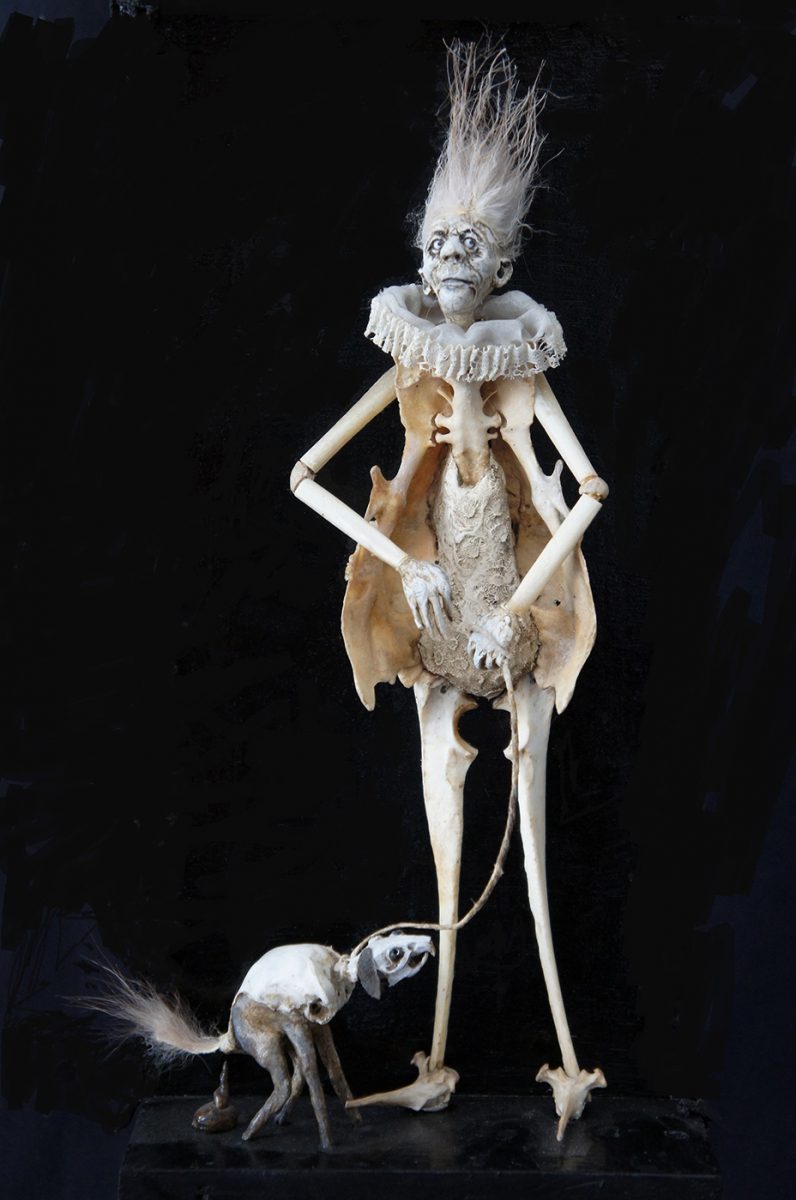 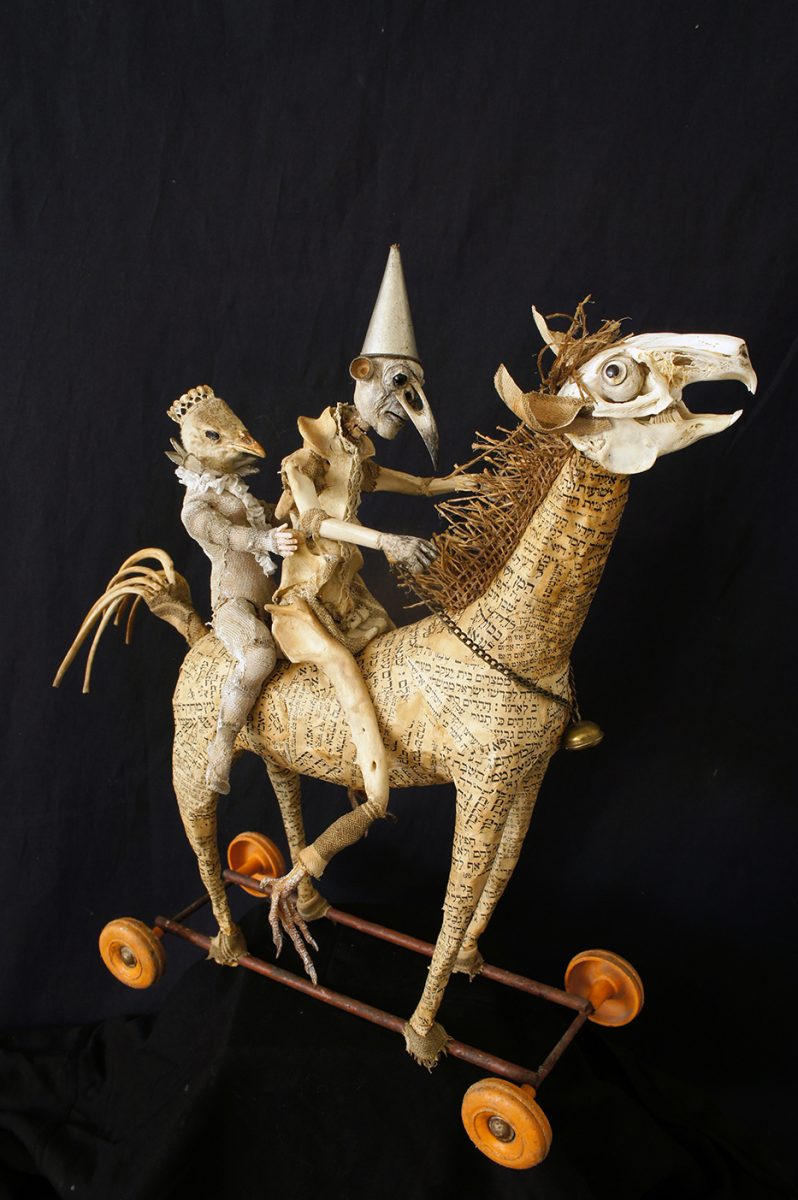 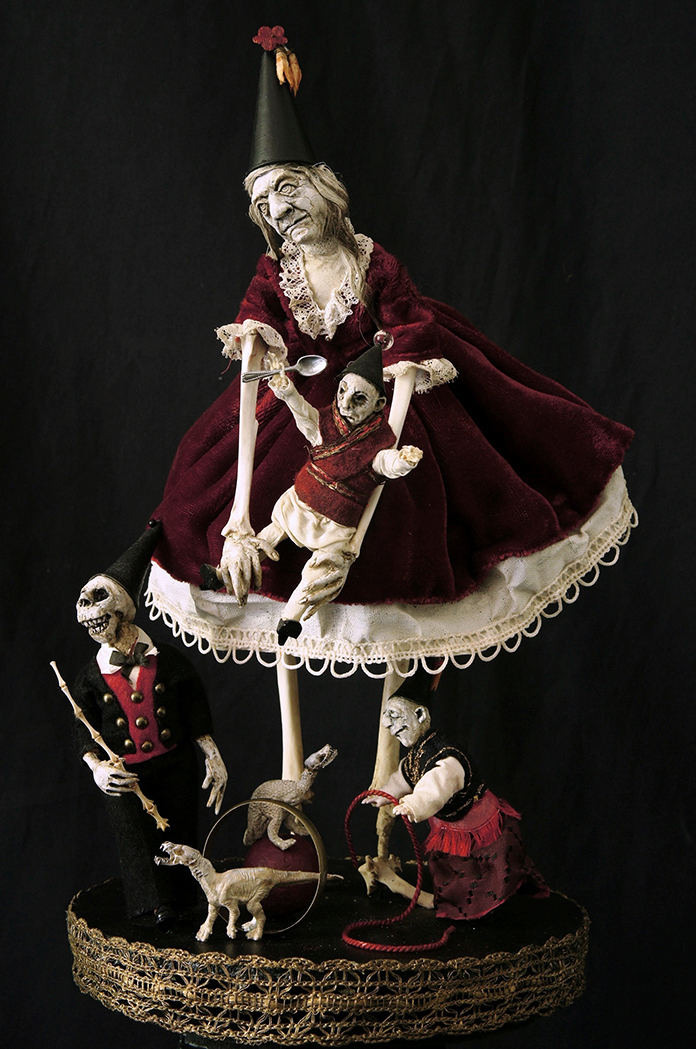 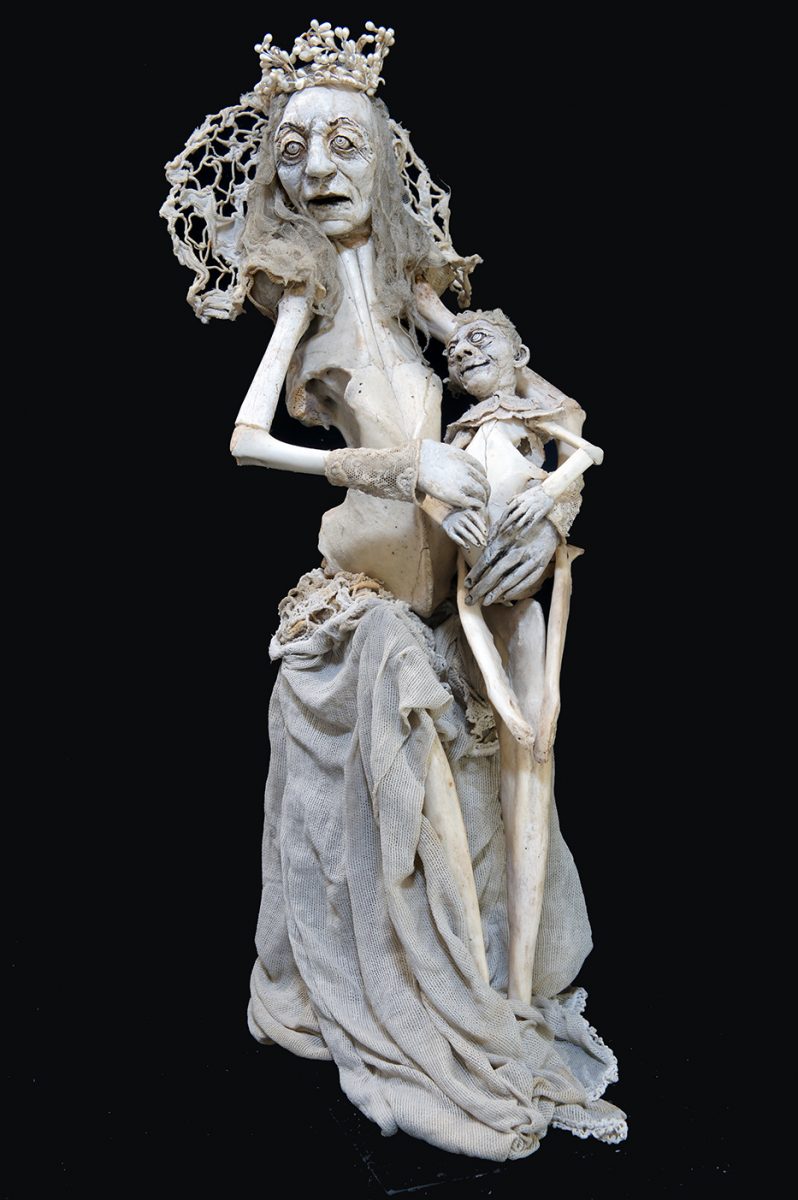