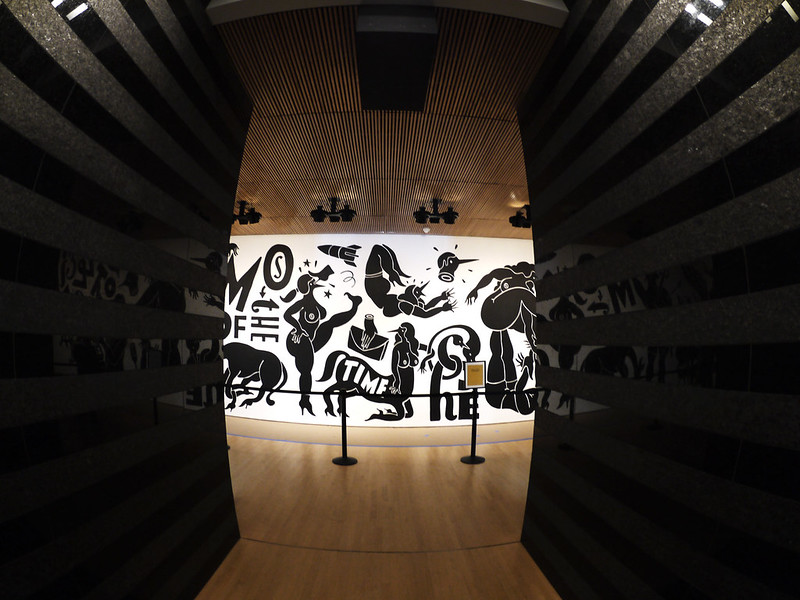 Earlier this week, Hi-Fructose swung by the SFMoMA to get a glimpse of the new mural installation by Dutch designer and artist Parra, currently in production. Entitled, Weirded Out, the sprawling display hopes to do just that, the beak-faced characters for whom Parra has achieved worldwide recognizably frolic and float in a stark two tone colorway (unusual for the artist’s typical palate of blues, reds, and pinks) as a playful word puzzle puts it all together only to push it right back. The sixty foot long hand painted mural will debut alongside a localized Buckminster Fuller exhibit with an accompanying live musical performance by the artist’s band Le Le and limited edition print release crafted by the folks over at Team Print Shop. Get an exclusive behind the scenes look here on Hi-Fructose as Parra puts the finishing touches on the mural before its opening reception on March 31st. – Ken Harman 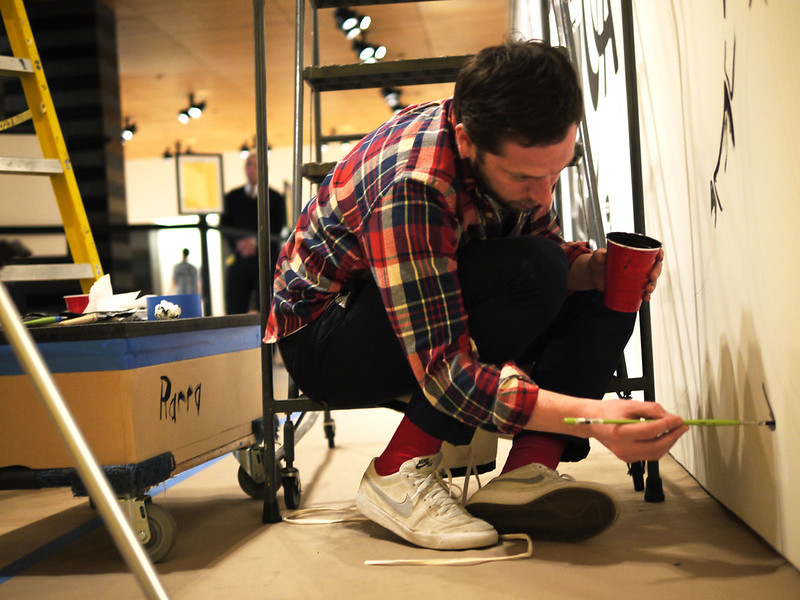 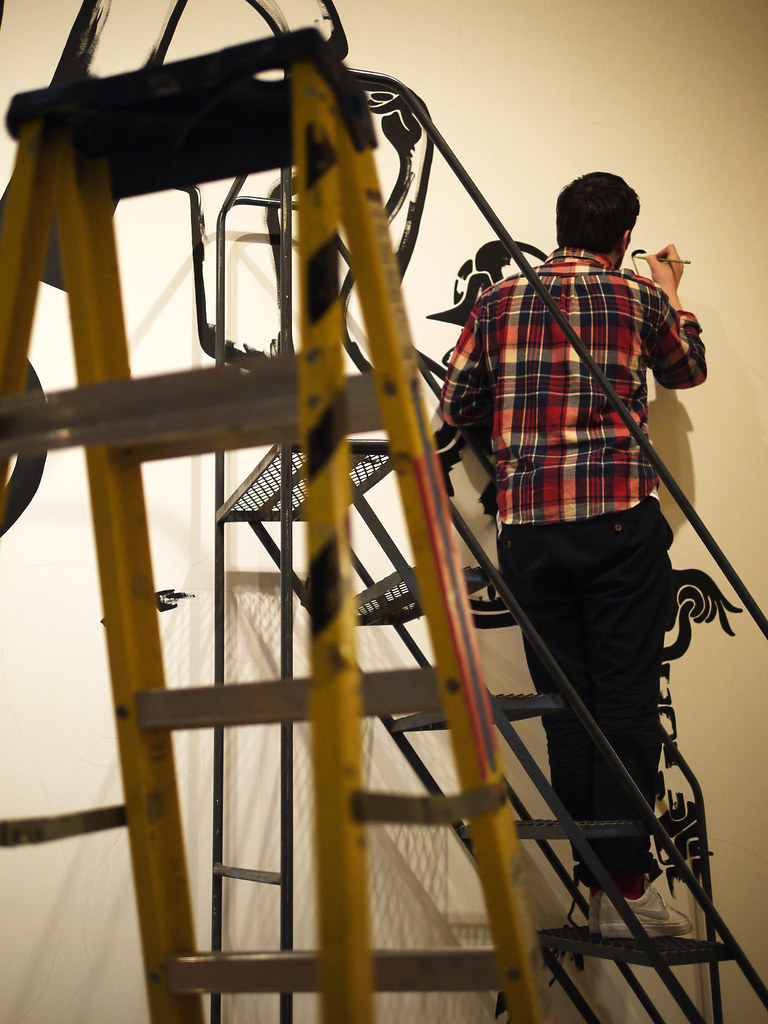 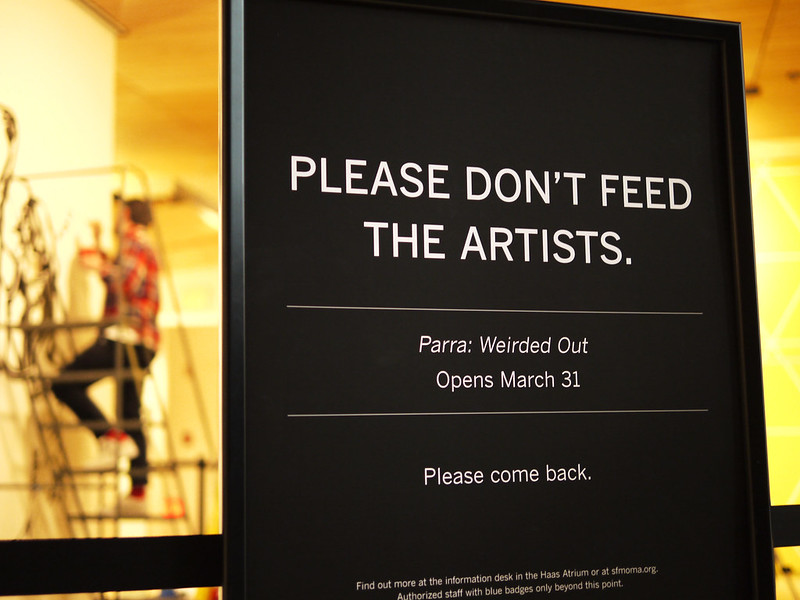 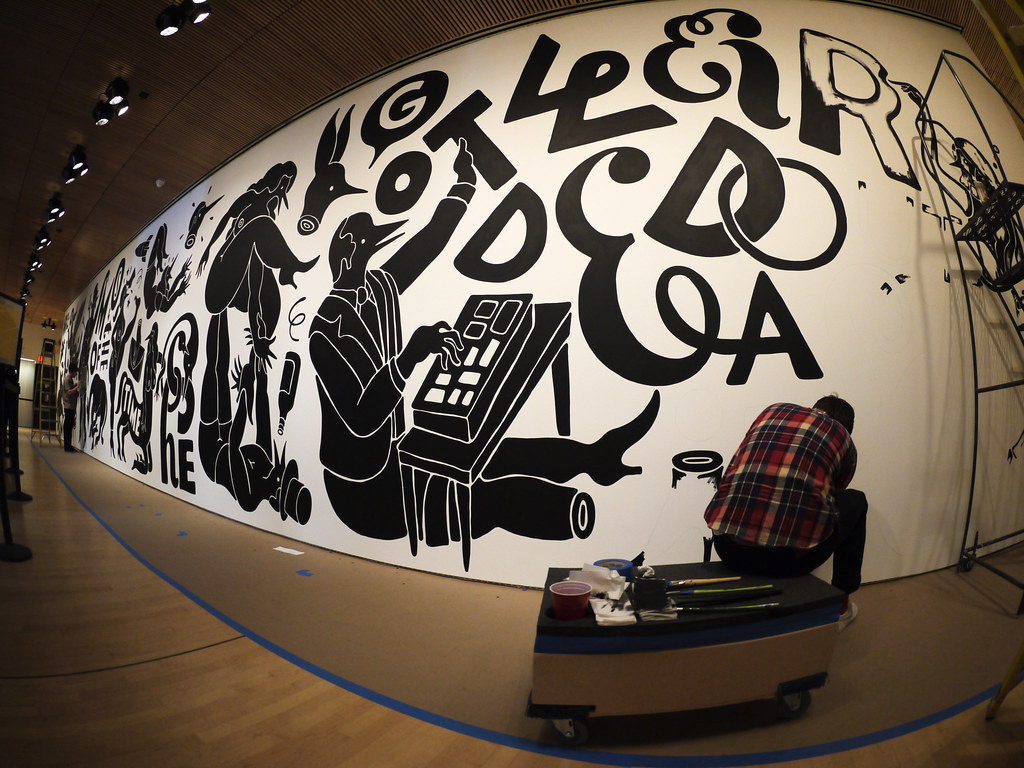 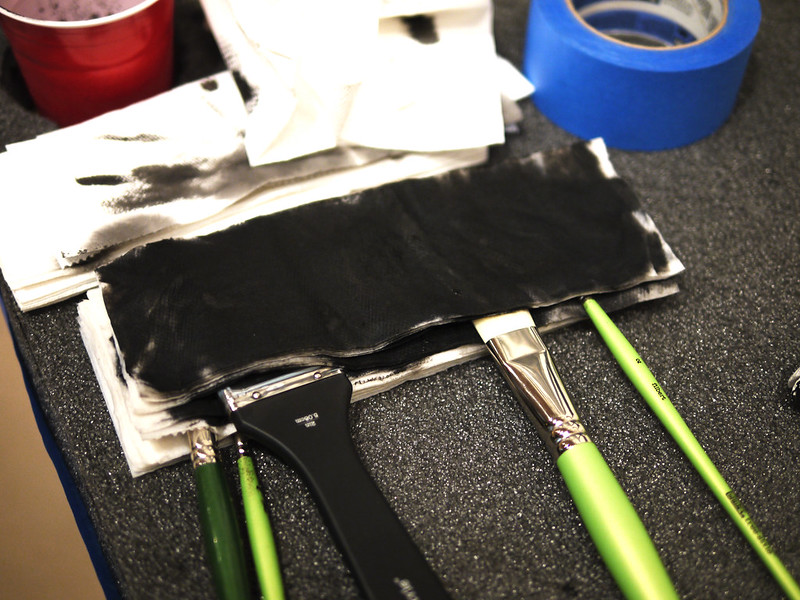 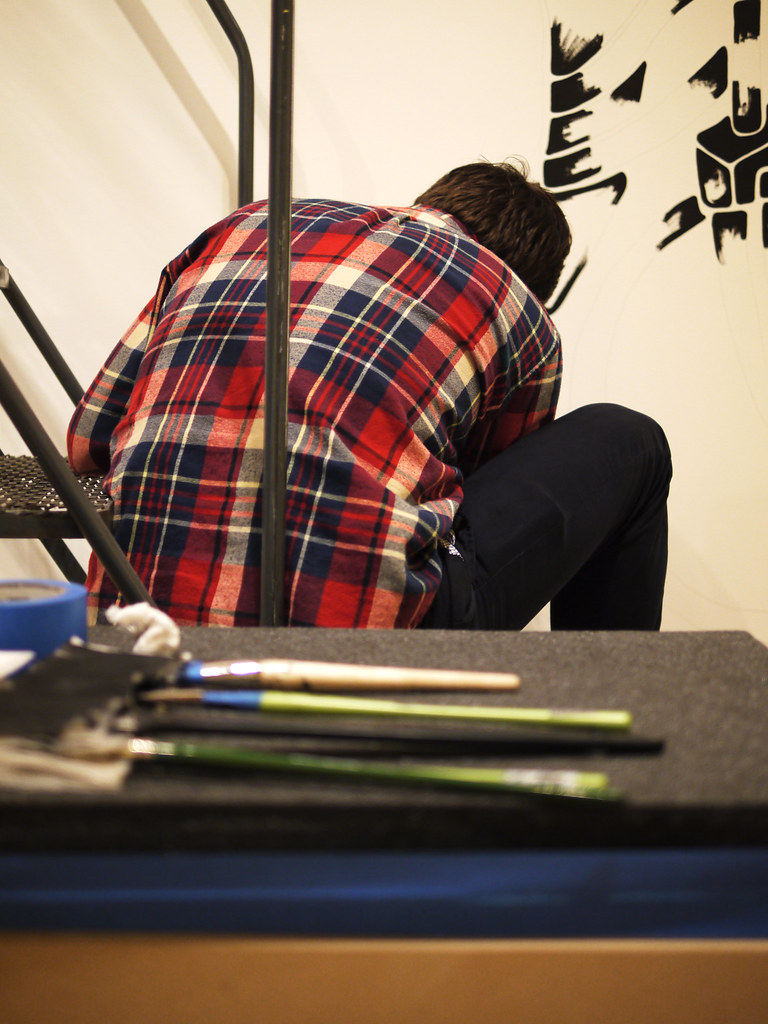 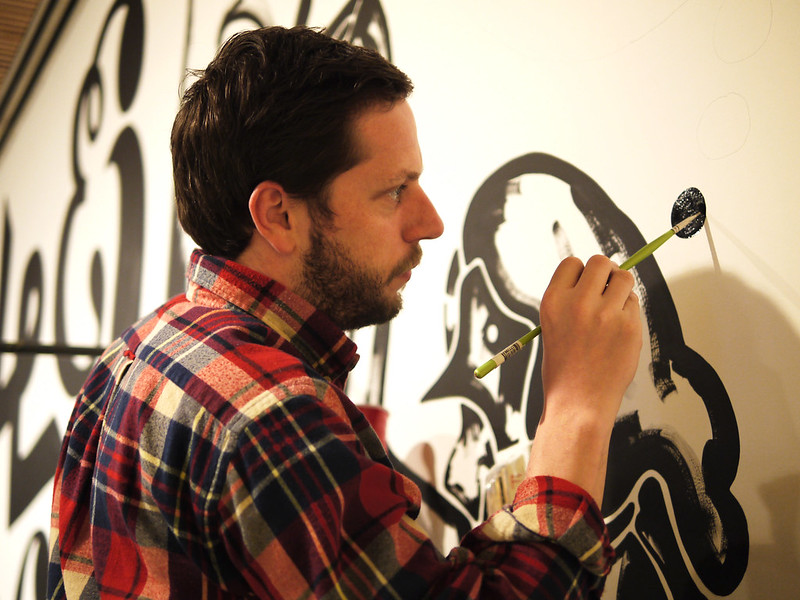 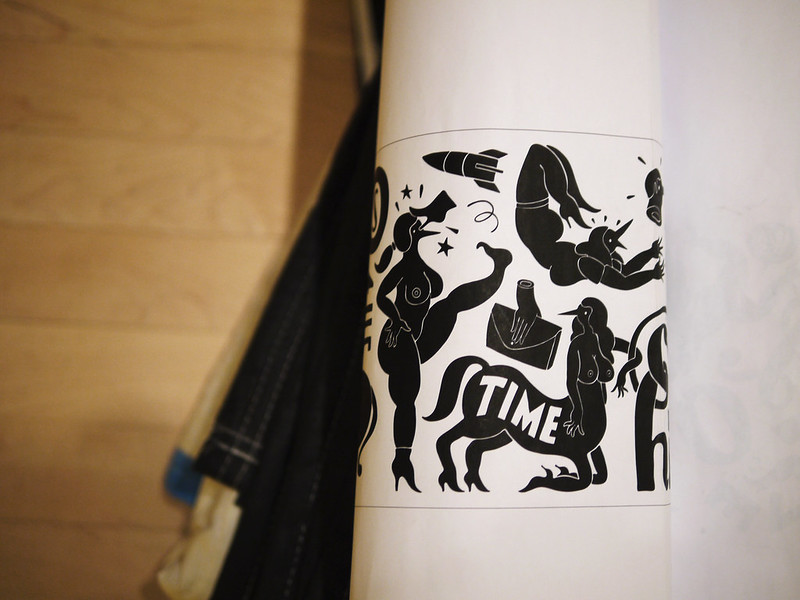 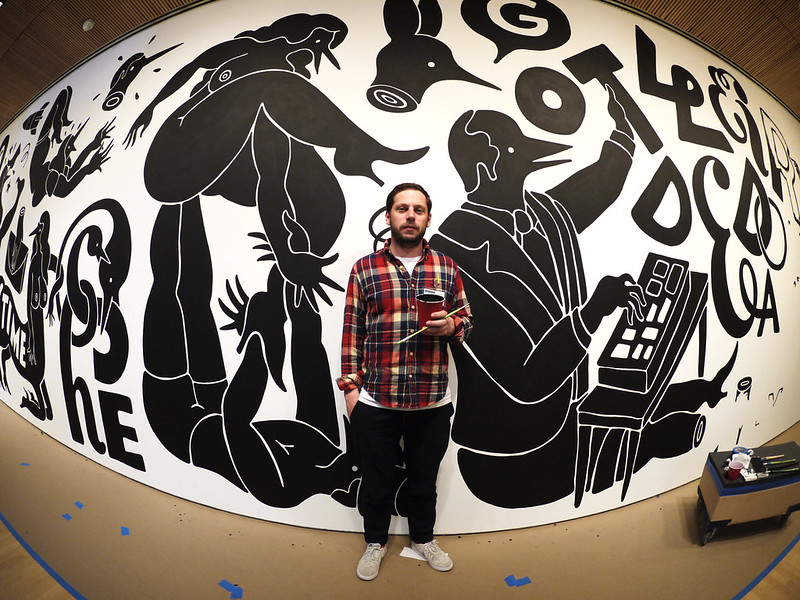