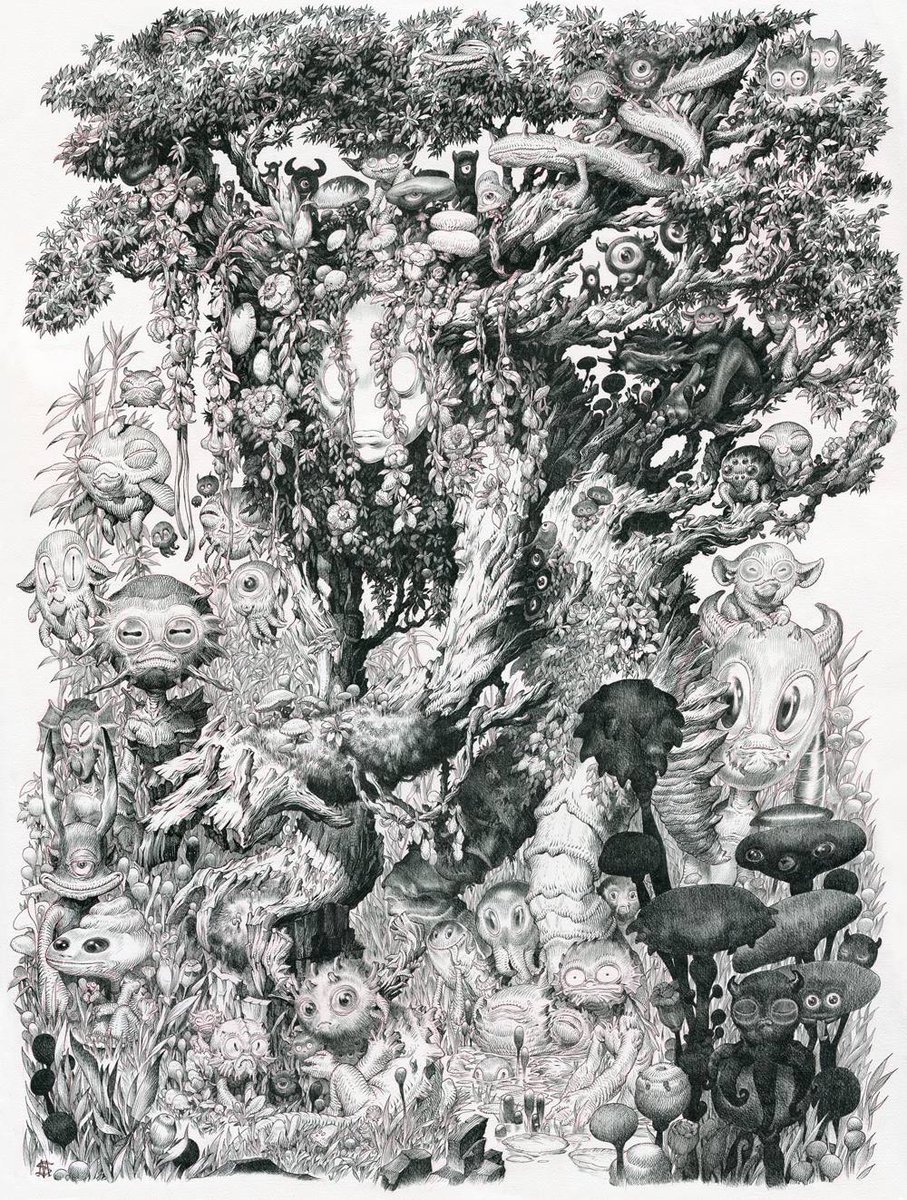 Having indexed many of the monsters he’s created over the past several years, illustrator and fine artist Stan Manoukian continues to create riveting scenes with these creatures in their natural habitats. Though the artist has a talent in color, his narratives take on a particularly absorbing quality when rendered only in graphite or inks. (Also: Later this month, the artist has a new show at Haven Gallery in New York) 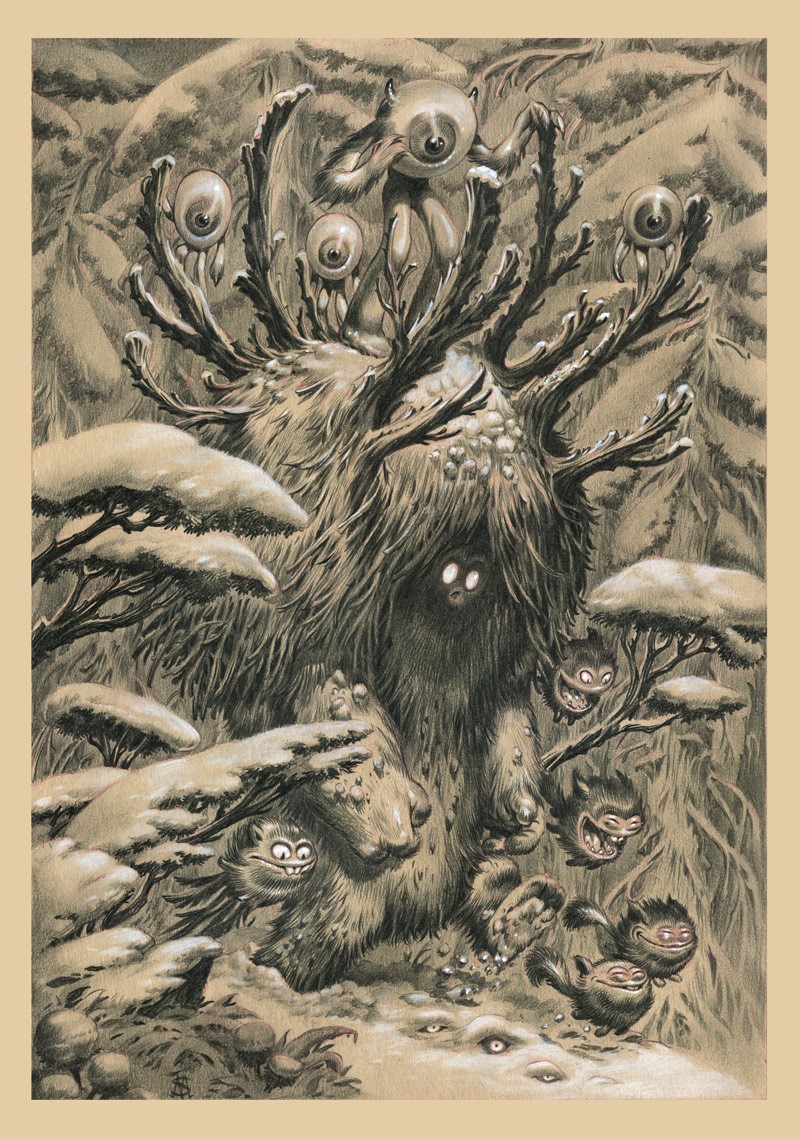 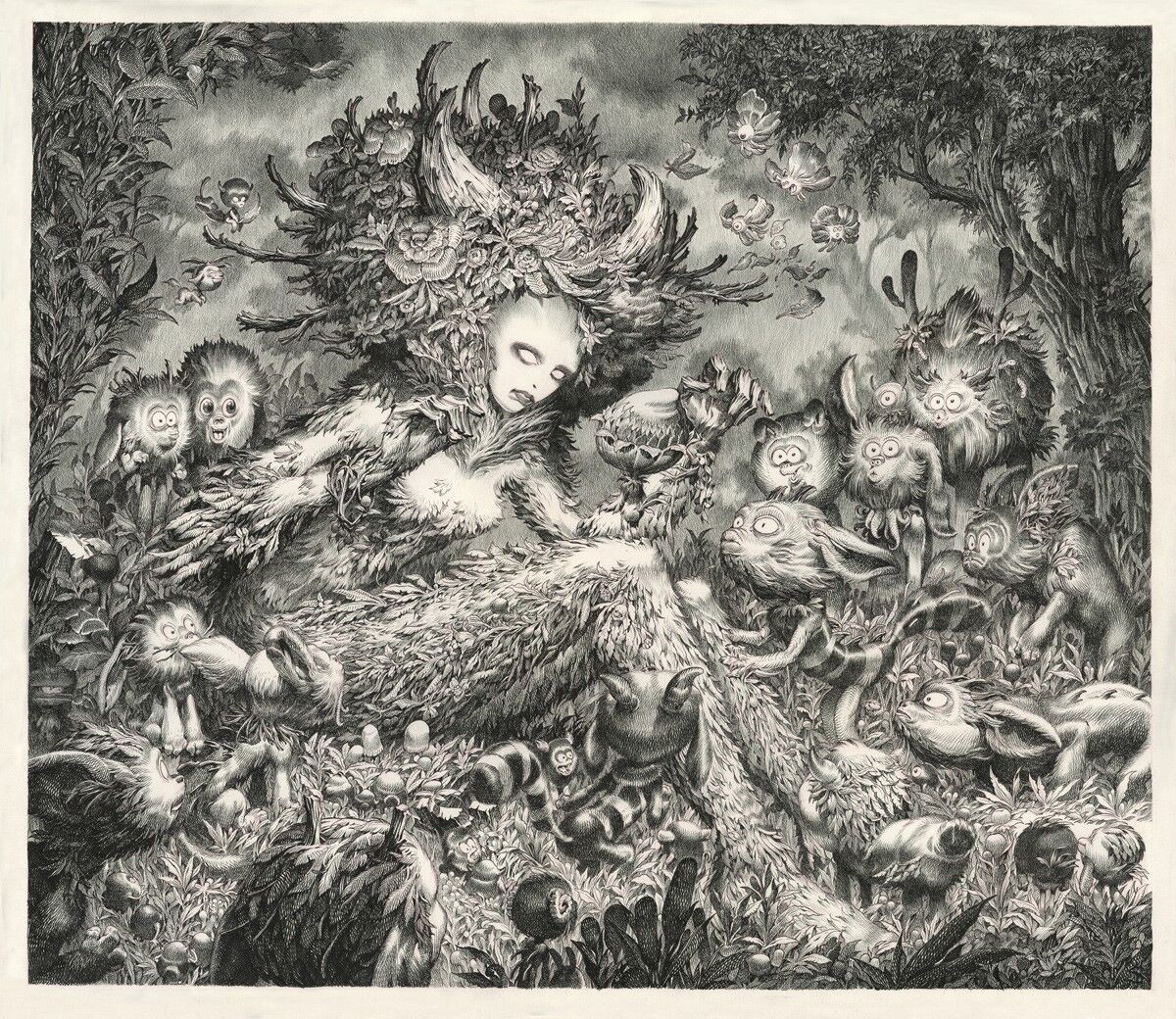 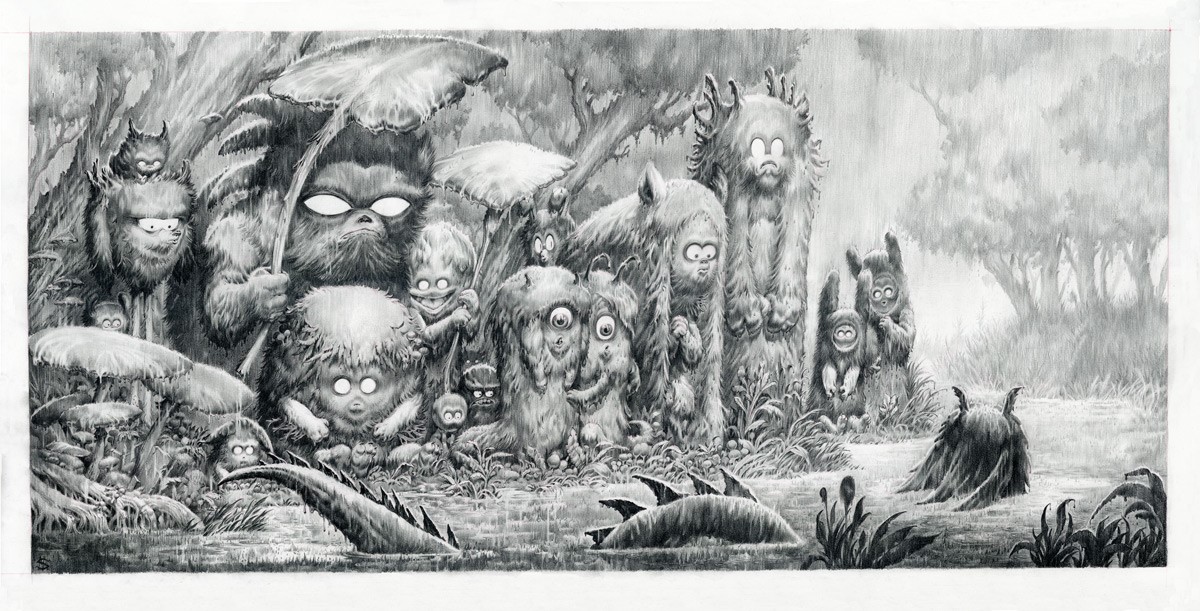 “Inspired by Romantic painting and 19th-century engravings, admirer of Franklin Booth, Bernie Wrightson and Gustave Doré, Stan Manoukian’s work is part of the Lowbrow movement alongside Amandine Urruty and Mark Ryden,” Galerie Glenat says. “Both naturalist and Surrealist, his extremely detailed compositions show us a teeming nature populated by a multitude of fantastic creatures.”

Find more of his work on the gallery’s site. 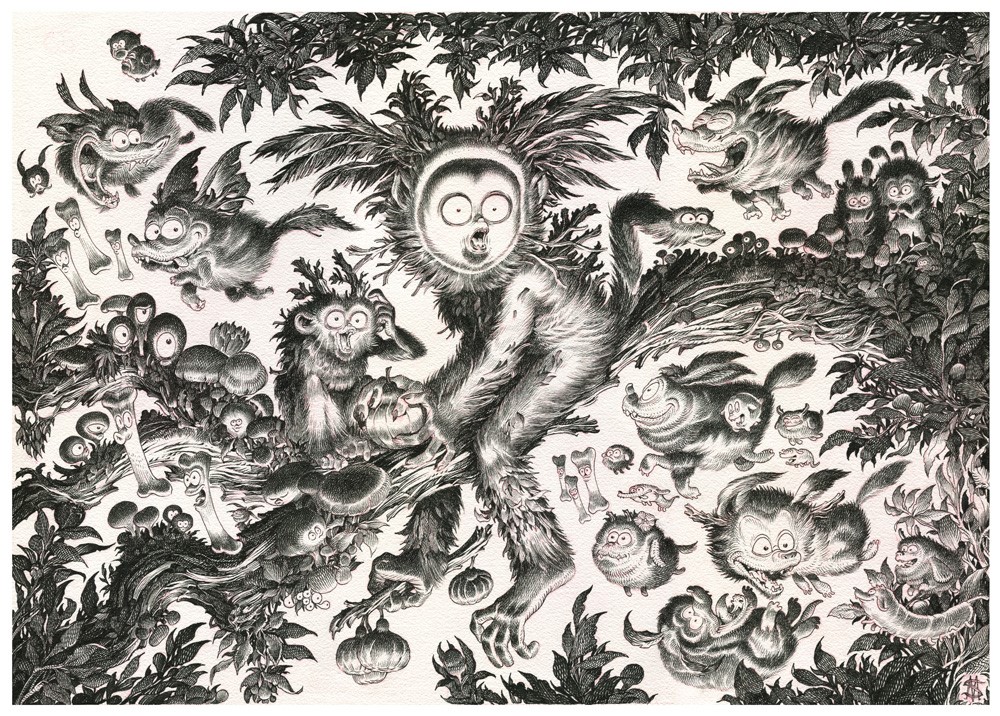 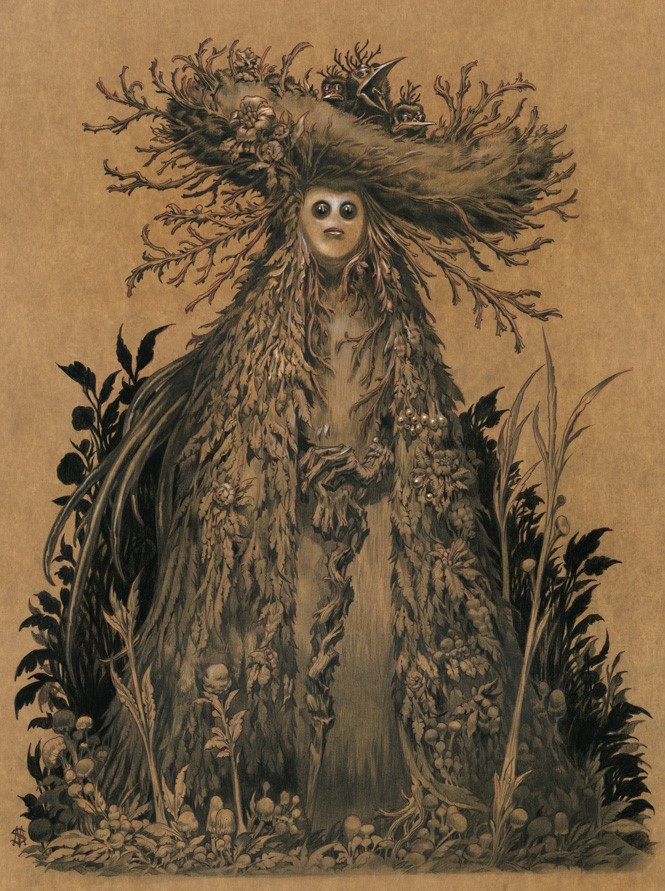 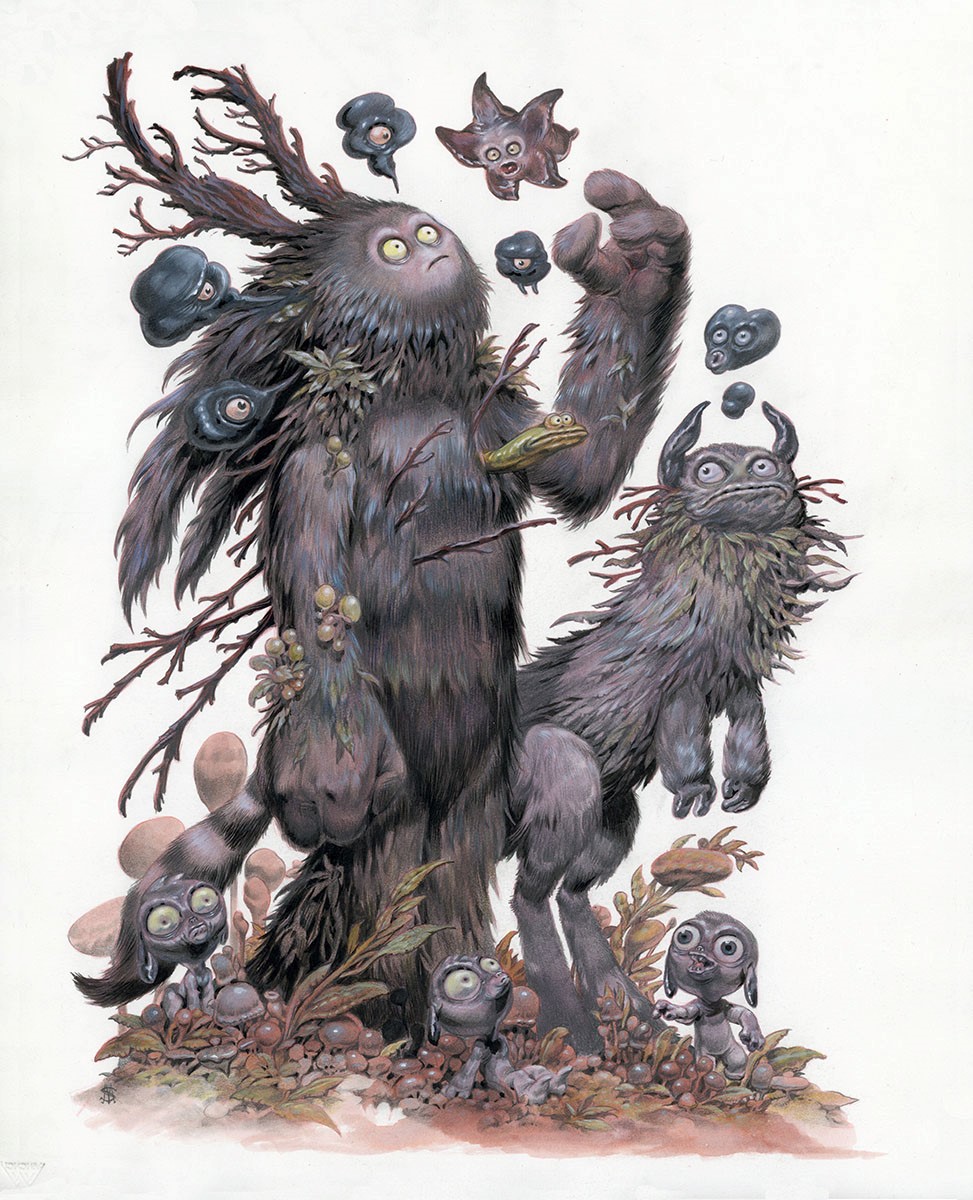 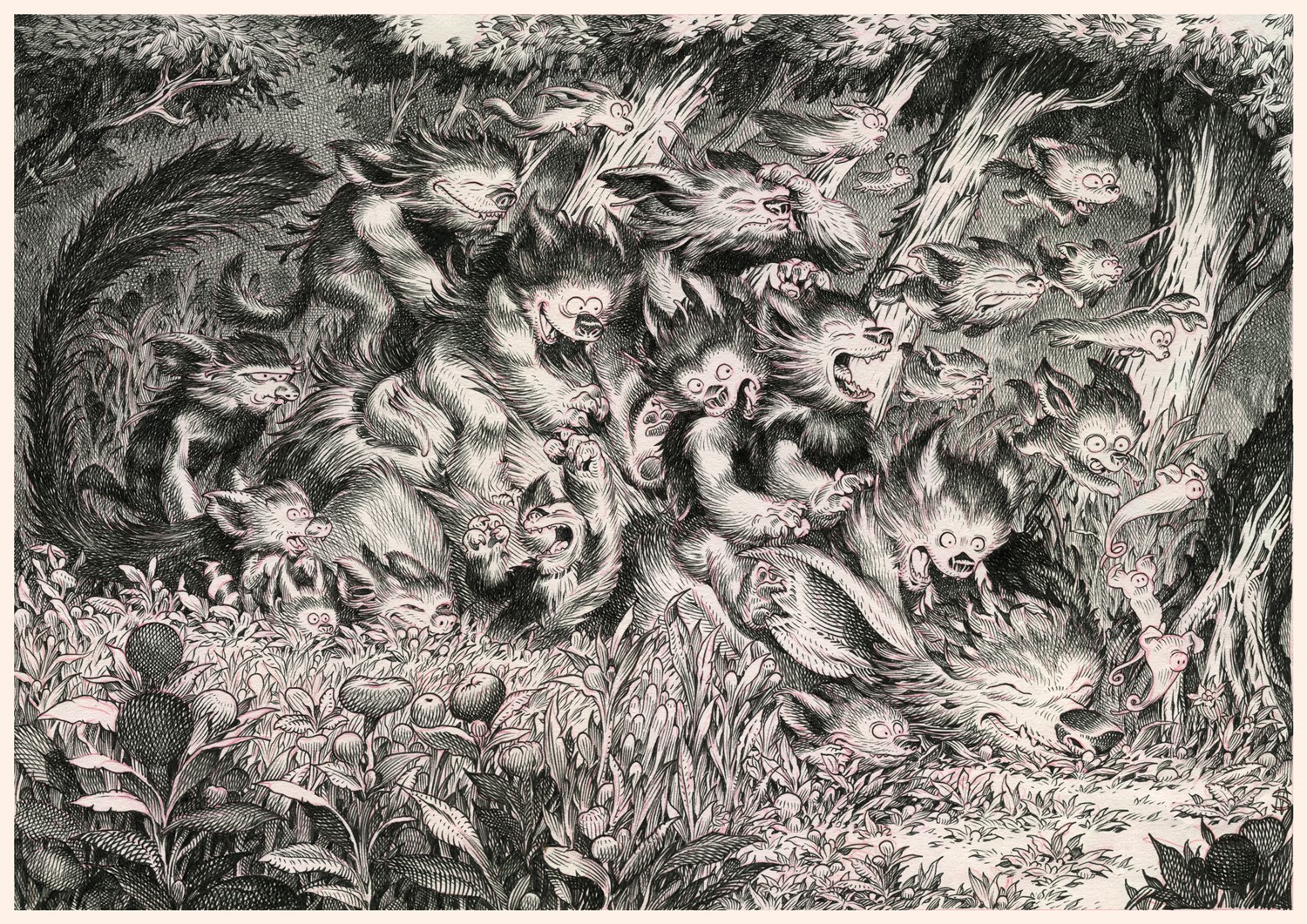 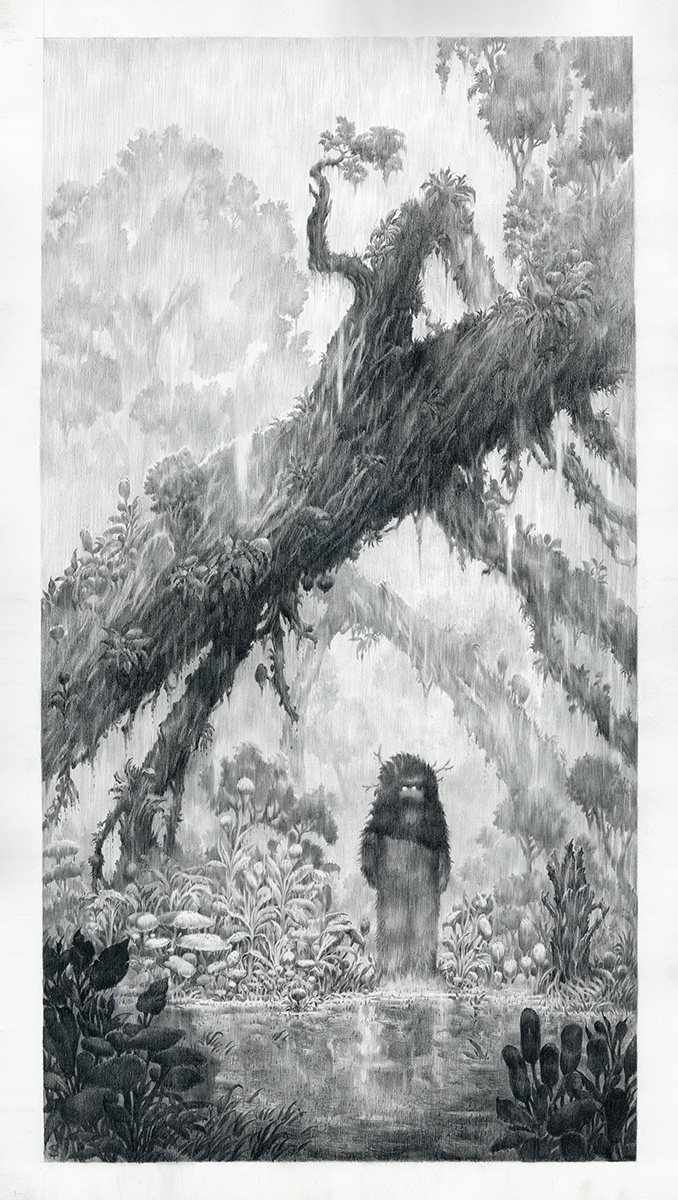