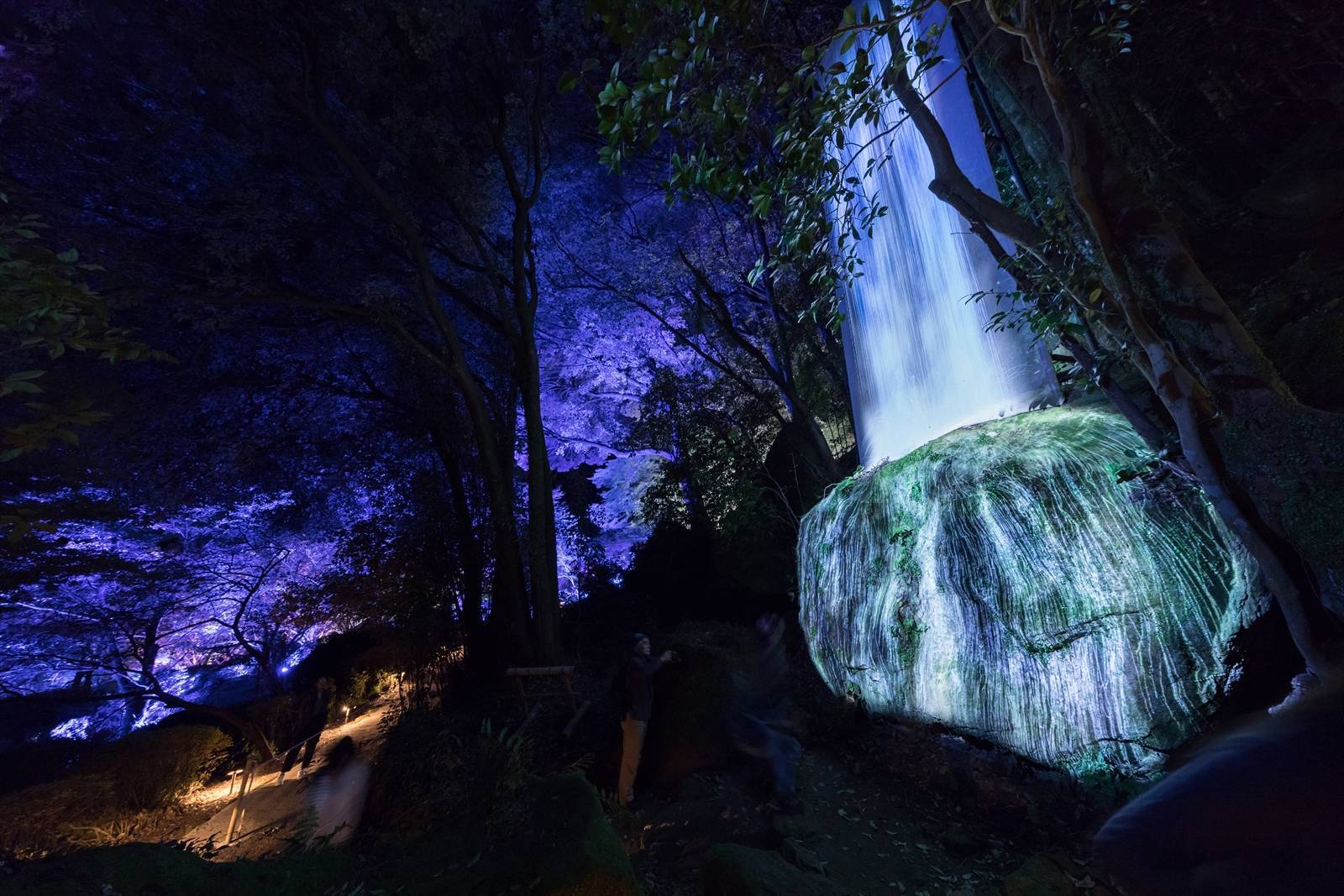 At the Takeo Onsen hot springs in Japan, teamLab’s immersive, massive installation has returned to the historic Mifuneyama Rakuen Park, now adding a daytime component to “A Forest Where Gods Live.” The teamLab exhibition differs from similar immersive efforts such as Meow Wolf and Onedome in that it uses an expansive outdoor space while paying homage to its history—as well as interactive elements.(teamLab was last featured here.)

Tokyo based collective known as teamLab describe themselves as “ultra-technologists”, artists who seek to merge art, technology and design in their work, designed to allow viewers to have a more personal and unique connection with art. With Japanese designer Toshiyuki Inoko at the helm, the collective’s installations are nothing short of magical- featured here on our blog, they are a spontaneous experience where artworks come to “life” as animation when approached by visitors. The secret to the magic behind their work is motion sensors that pick up the viewer’s movements, prompting paintings of the natural world to become a blooming and wilting garden of delights. Pace Art + Technology in Silicon Valley, California, seeking to create an environment that encourages educational play, invited teamLab to join their Future Park series- the result of which is “Living Digital Space and Future Parks” opening on February 6th.

Tokyo-based teamLab is a group of 9 creators- artists, video, sound designers, and programmers- who transform spaces with their interactive installations. Their most recent installation “Flowers and People – Gold and Dark” is now on view at the Japan Society in New York. It is part of a larger exhibition that includes works by Manabu Ikeda and Hisashi Tenmyouya, their “Garden of Unearthly Delights”. A monster tsunami has just uprooted a major city. teamLab’s contribution represents a perpetual blooming and withering of life.