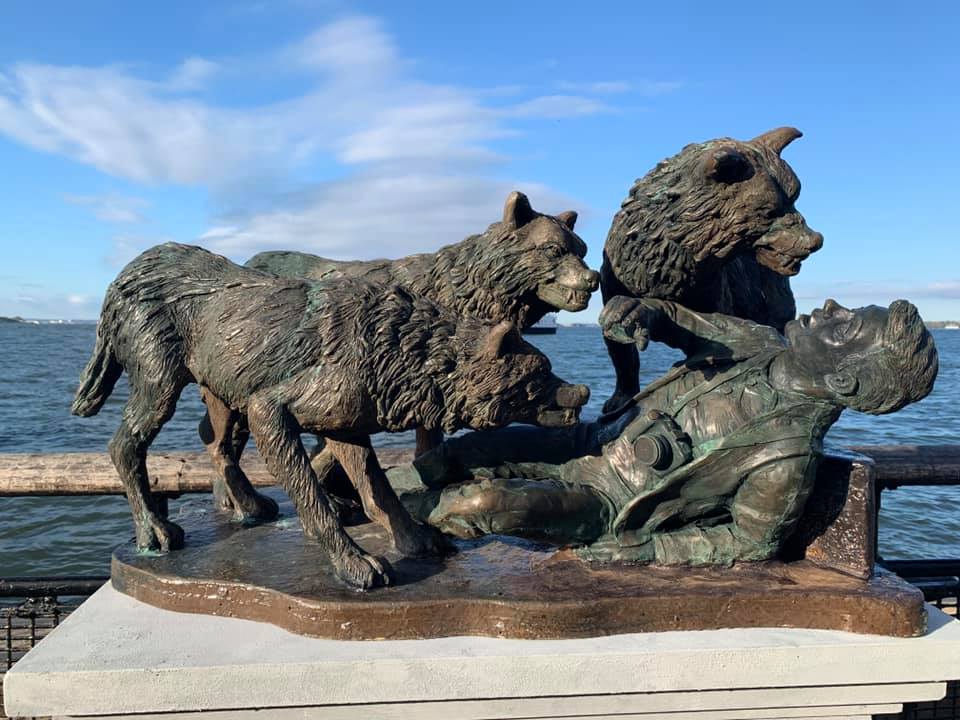 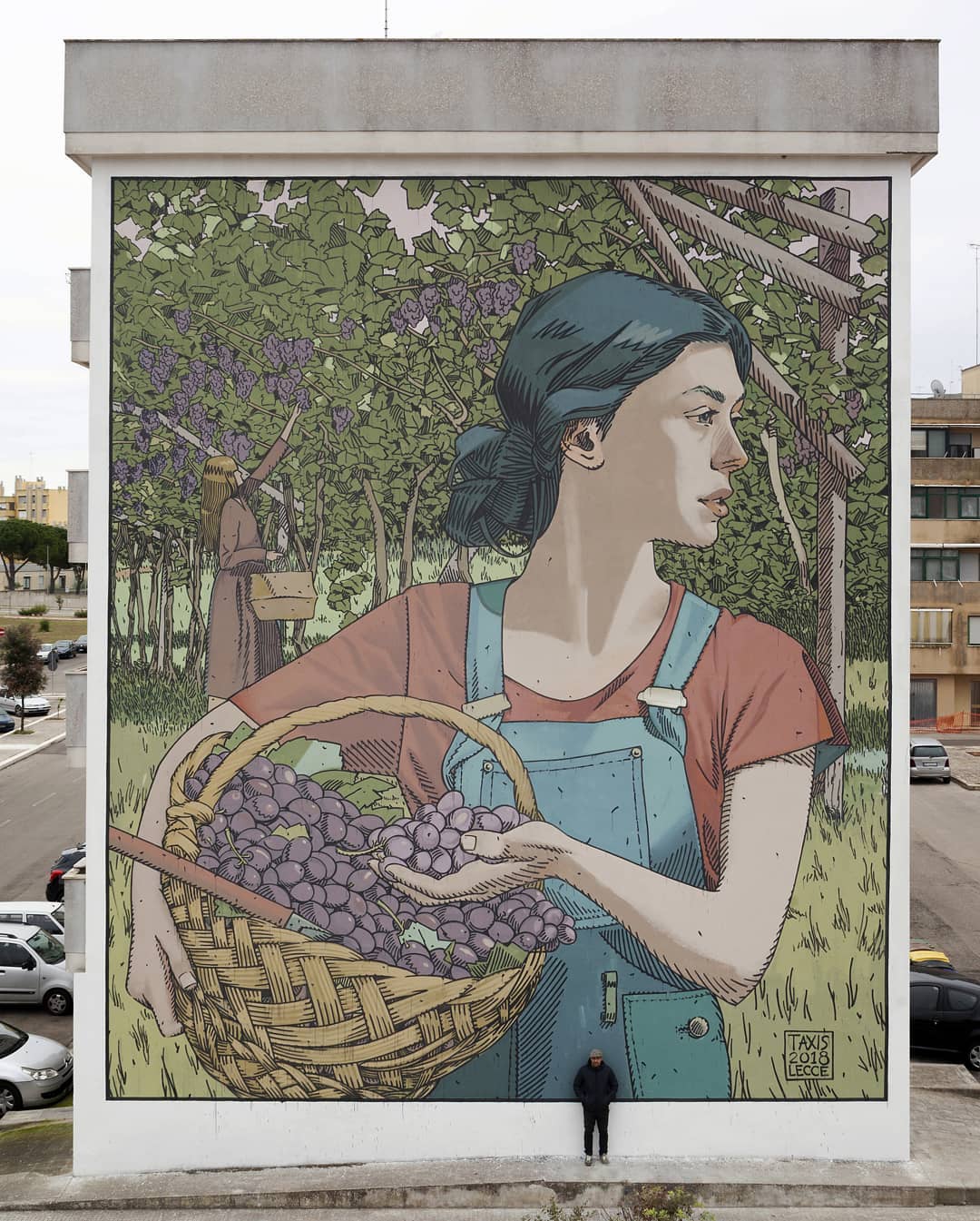 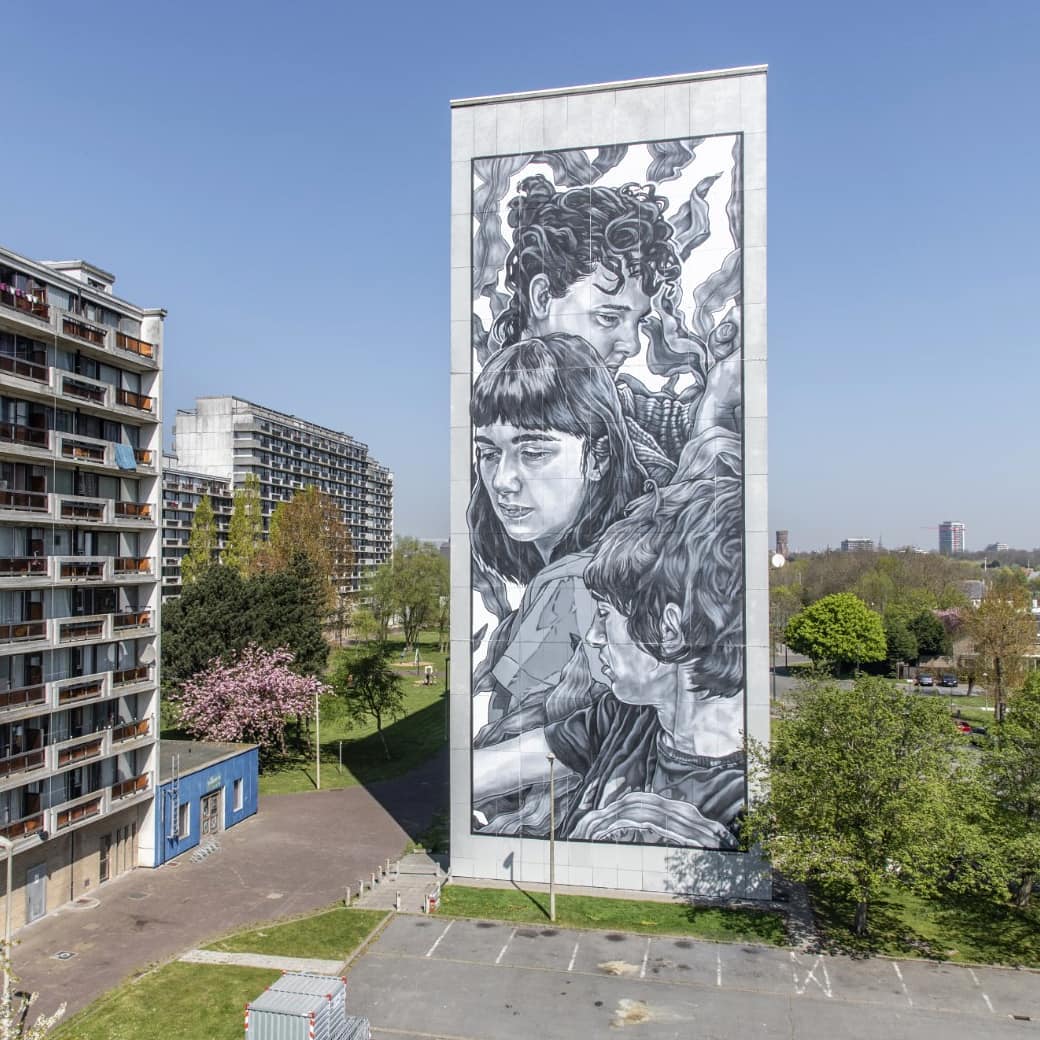 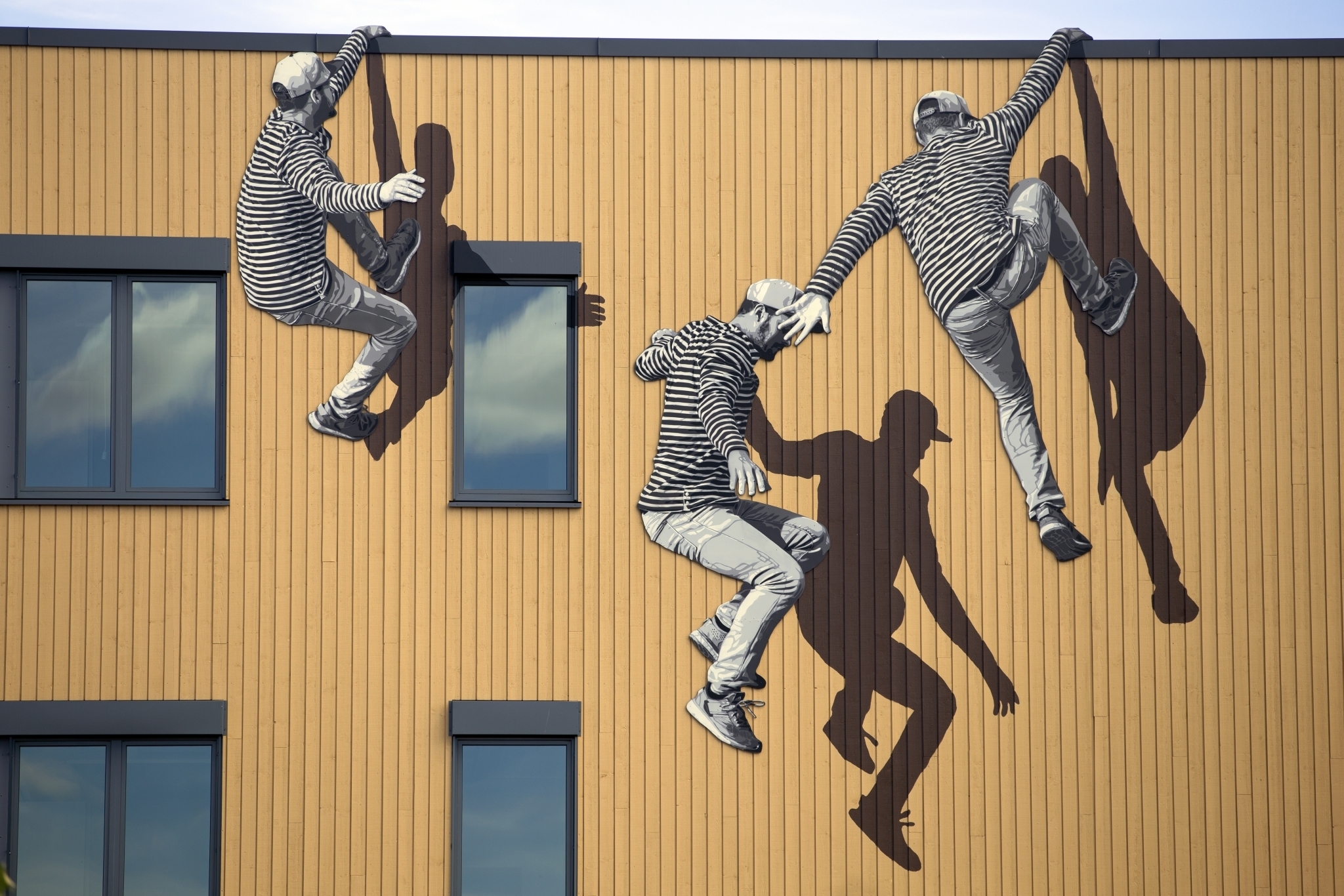 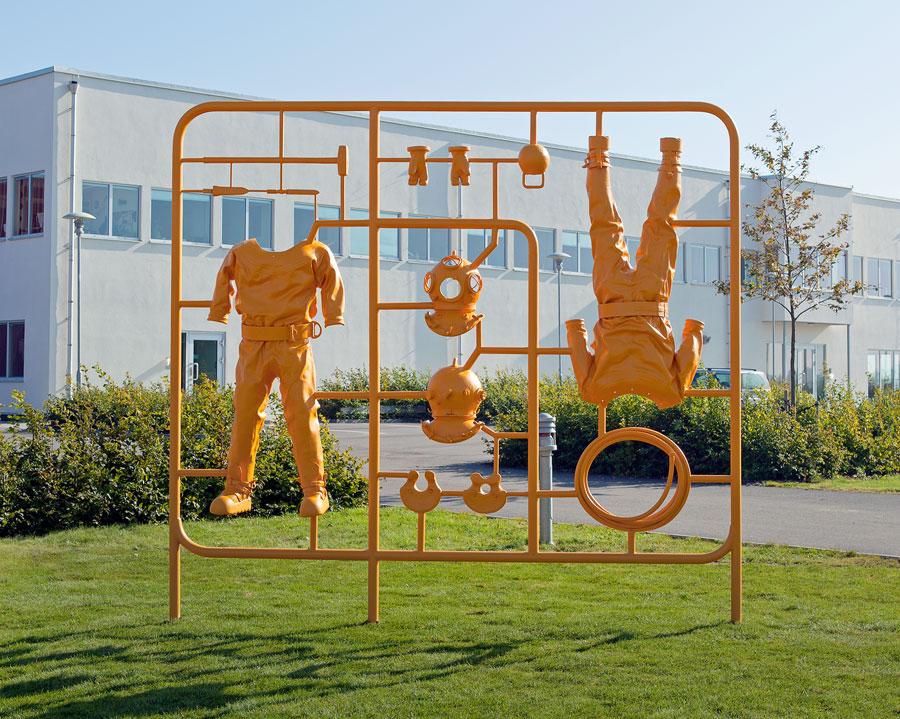 Michael Johansson’s massive sculptures simulate the runners, sprues, and parts that comprise model kits through injection molding. The artist’s public work, which are bronze and aluminum casts, have a particularly playful quality, whether simulating a “firefighter starter kit” or unassembled parts that would build a domestic living space.

New York sculptor Joe Reginella has fooled countless tourists with his statues scattered across the city, marking events that never actually happened. From a Staten Island Ferry encounter with an octopus to a New York Harbor UFO encounter, the artist’s scenarios use the convincing device of the memorial statue to relay his narratives.