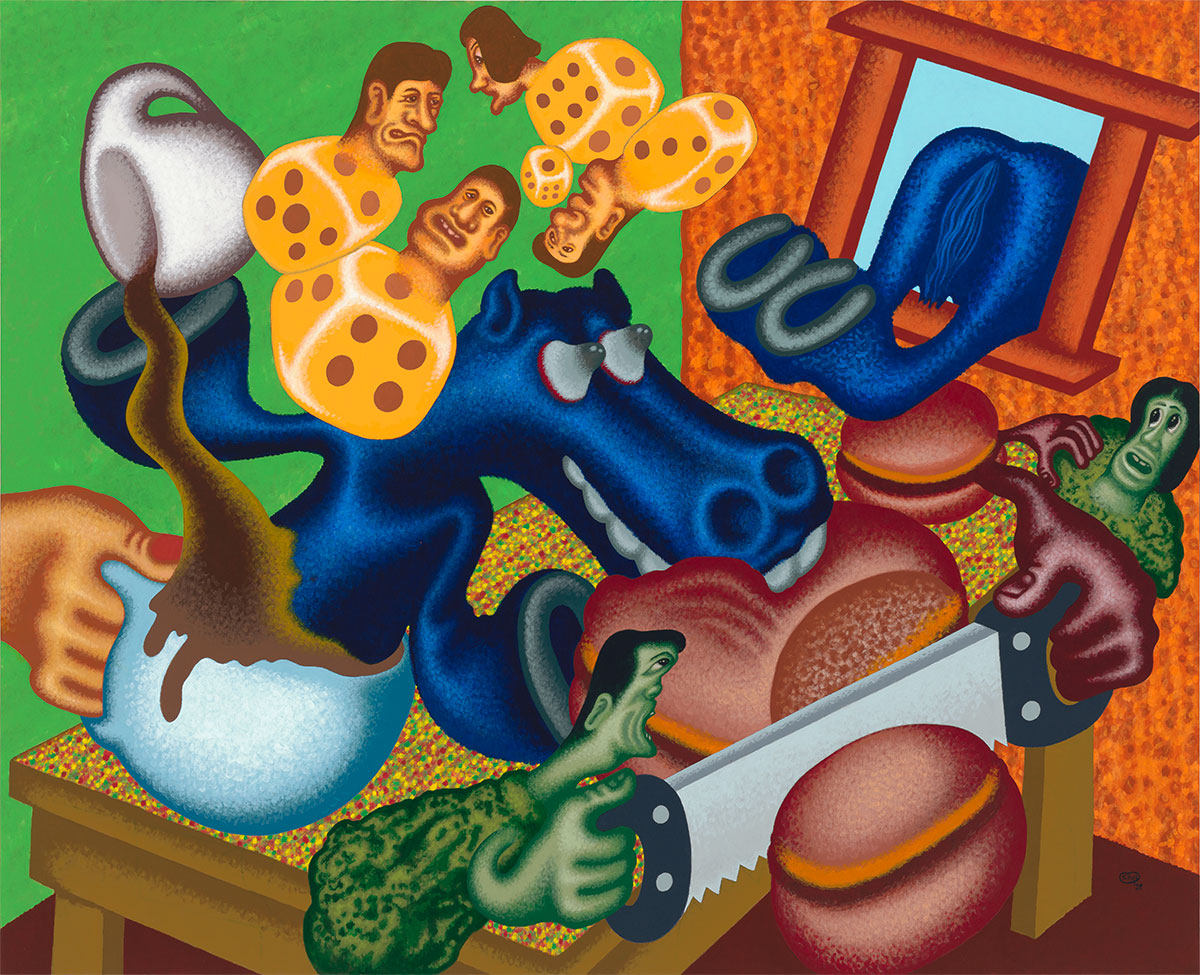 Two decades ago, Erik Parker studied under Peter Saul at the University of Austin. At NANZUKA in Tokyo this month, the two offer a vibrant and arresting duo show. Running through July 6, this program marks the first showing of Saul’s work in the country. (Parker was the featured cover artist of Hi-Fructose Vol. 49. Saul was last featured on HiFructose.com here.)

Peter Saul’s surreal acrylic paintings have reflected, challenged, and parodied the status quo for the past six decades. In a new show at Mary Boone Gallery in New York, titled “Fake News,” Saul tackles the era of Trump in a new collection of paintings that rethink pieces of art history in the process. Saul was last mentioned on HiFructose.com here.

“I never imagined some of my pictures would be in Moscow,” says 82 year old artist Peter Saul. The San Francisco based painter’s early use of pop-culture cartoon references in the late 1950s and early 1960s has earned him the title of a Pop Art founding father, and to date, he has realized over 800 paintings throughout his career. A colorful selection of them made their debut on Friday at Gary Tatintsian Gallery in Moscow, Russia in Saul’s new exhibit, “You better call Saul!”