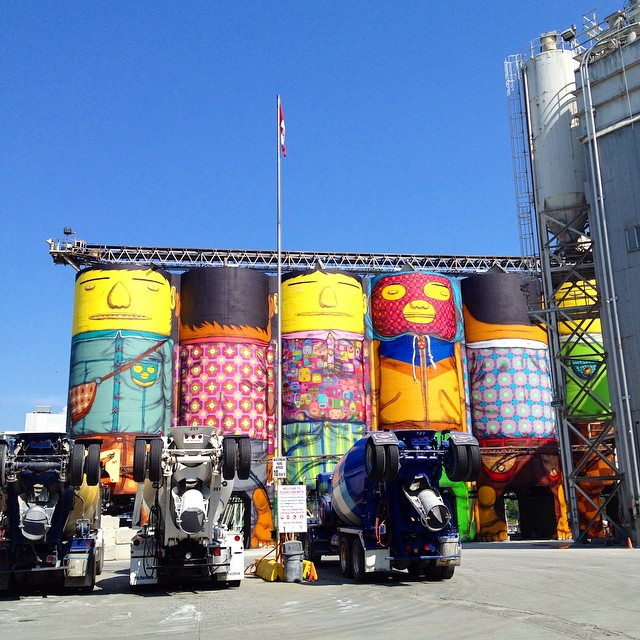 Brazilian twin artists Os Gemeos are always taking it up a notch. Last May, they adorned a Boeing 737 with the character-driven art to escort the Brazilian team to the FIFA World Cup (see our coverage here). In August, the brothers took on their biggest project to date: an enormous 75-foot-tall, 360-degree mural that measures a total of 23,500 square feet. Envisioned as a non-profit public artwork for the Vancouver Biennale, the piece is intended to leave a lasting mark on the Ocean Cement silos amid the industrial landscape of Vancouver’s Granville Island. The project was funded via a crowd funding campaign and is included in the Vancouver Biennale’s 2014-2016 programming as part of a series of large-scale public works they’re calling an Open Air Museum. Granville Island attracts over 10 million annual visitors and the Biennale’s organizers hope that the scale of this project will make it a major art destination for years to come.