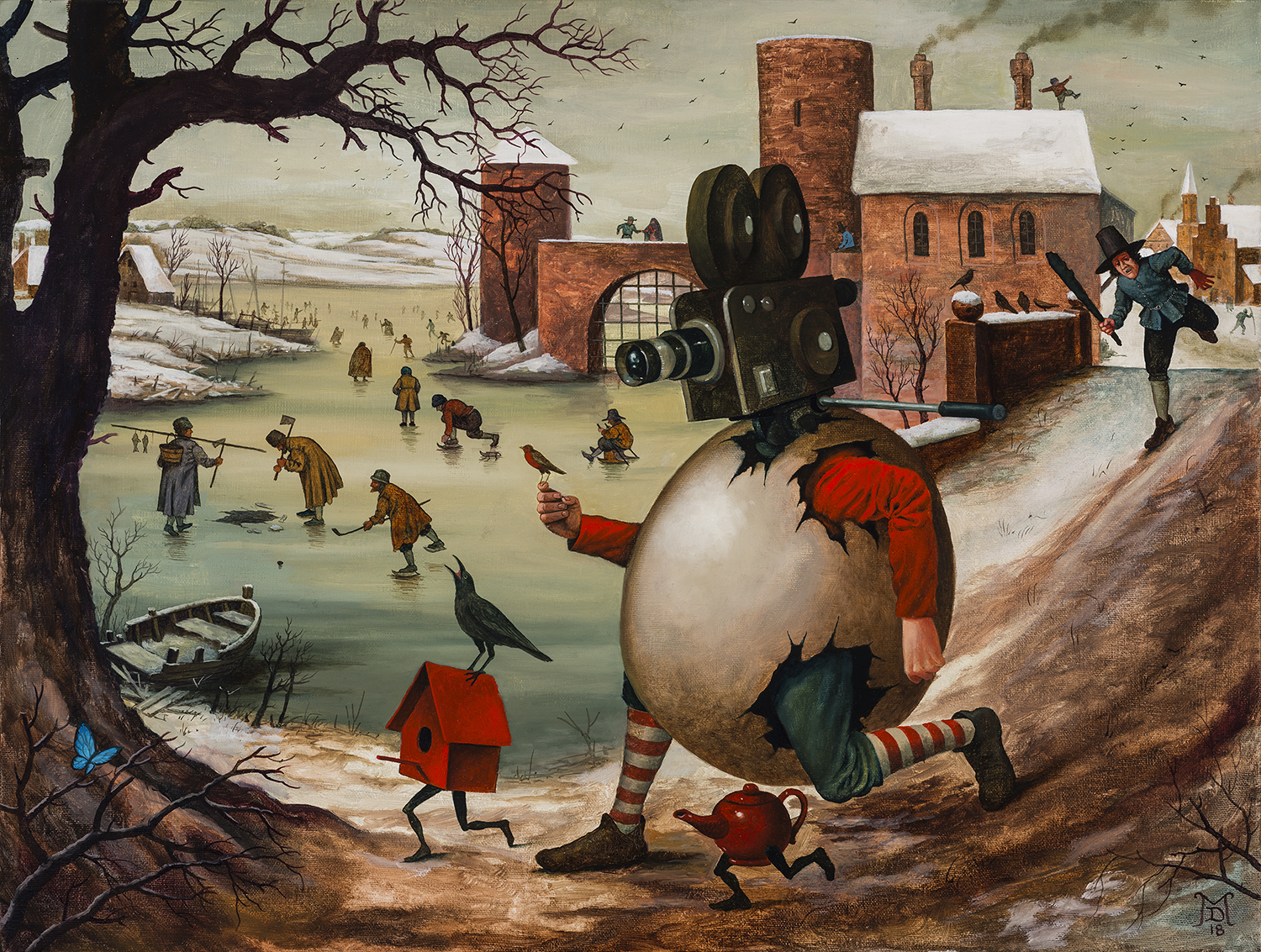 In his third show at 111 Minna Gallery, Mike Davis offers new whimsical paintings that appear as a continuation of the Northern Renaissance while blending in notes of the artist’s own time period. “Crooked as a Dog’s Hind Leg” kicks off on Jan. 10 and runs through Feb. 29 at the space. Davis was last featured on our site here.

Mike Davis has become well known for his brand of modern Surrealism with one foot in the past. Featured in Hi-Fructose Vol. 36 and here on our blog, Davis’ works echo the style of the Northern Renaissance combined with his own personal symbolism; a blend of fantastical imagery, detailed landscapes, and illustrations of religious concepts and fairytale narratives. He uses obscure images of demons, half-human animals, Humpty Dumpty, and machines that evoke feelings of bliss, fear and even confusion.

A self-described history nerd, Mike Davis is a San Francisco-based artist who paints scenes stuck in another time. His detailed oil paintings are rife with personal symbolism and minuscule narratives, evoking Renaissance painters such as Hieronymus Bosch and Pieter Aertsen. Though he emulates the Northern Renaissance masters, Davis is entirely self-taught. He forayed into painting in his early twenties as an off-shoot of his tattoo career. The founding owner of esteemed San Francisco shop Everlasting Tattoo, Davis currently splits his time between his craft and his fine art, using his paintings as a cathartic processing tool to digest the events of his personal life.