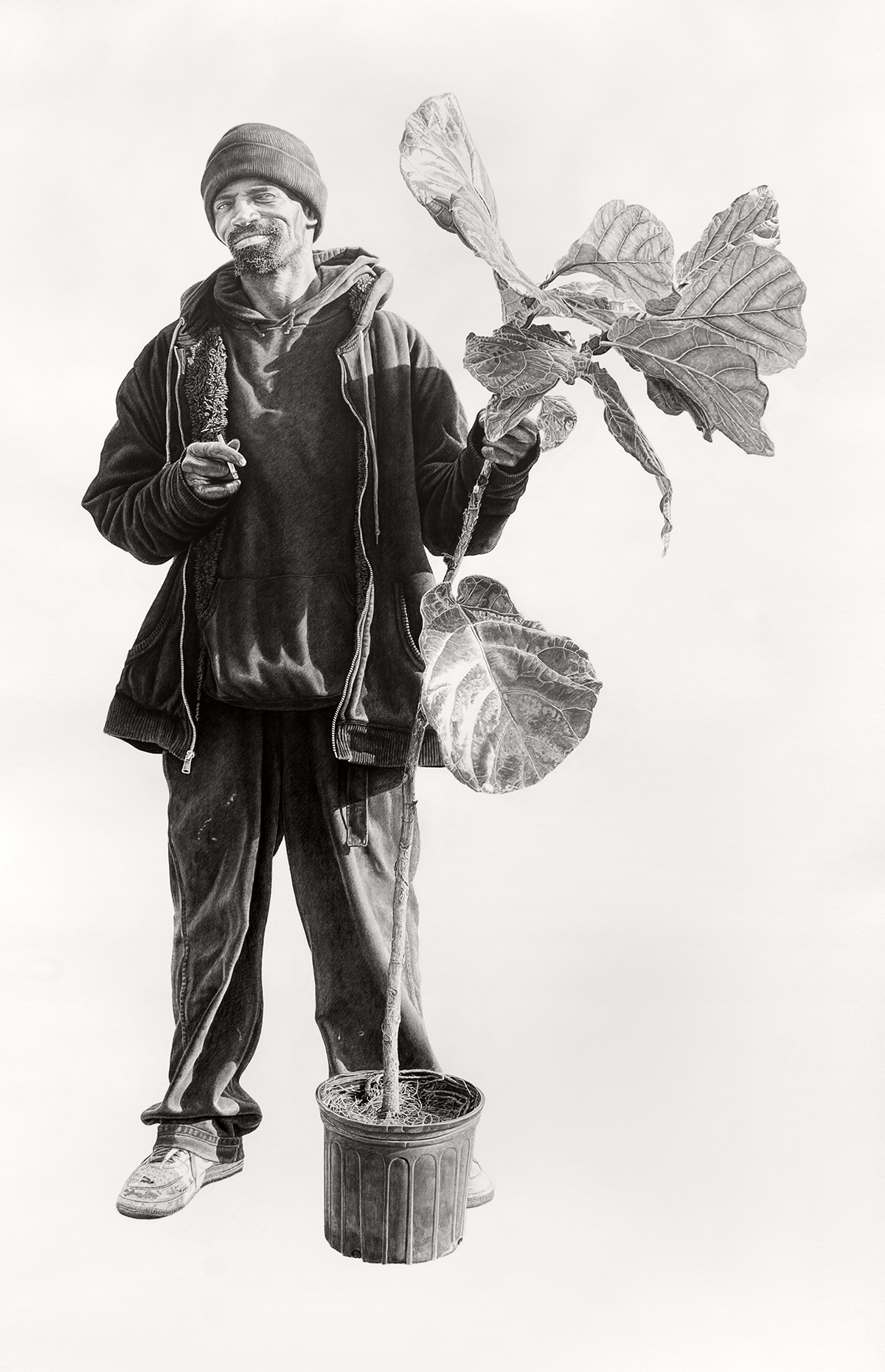 The lifesized, realistic portraits crafted by Joel Daniel Phillips currently inhabit the Fort Wayne Museum of Art in the new exhibition “Charcoal Testament.” With pencil and charcoal, the artist’s subjects have moved between the impoverished and the reality and the aftermath of nuclear testing near the Western coast.

In Joel Daniel Phillips’ art, featured here, the characters living in his neighborhood are brought to the center stage and become the hero of their own story. The San Francisco based artist’s graphite and charcoal drawings feature people on the streets who generally go unnoticed by the public, or are virtually ignored, only to become celebrated in his monumental works. “A true portrait is far more than a rendering of physical form,” he says, focusing instead on portraying the vulnerable nature that makes us human.

San Francisco based artist Joel Daniel Phillips examines the characters living in his neighborhood in larger than life-sized drawings. His subjects include street vendors and the homeless, each with a unique personality that Phillips captures in hyper-realistic detail. His ongoing series explores themes like how these individuals use objects to retain a sense of home, and promotes social justice.