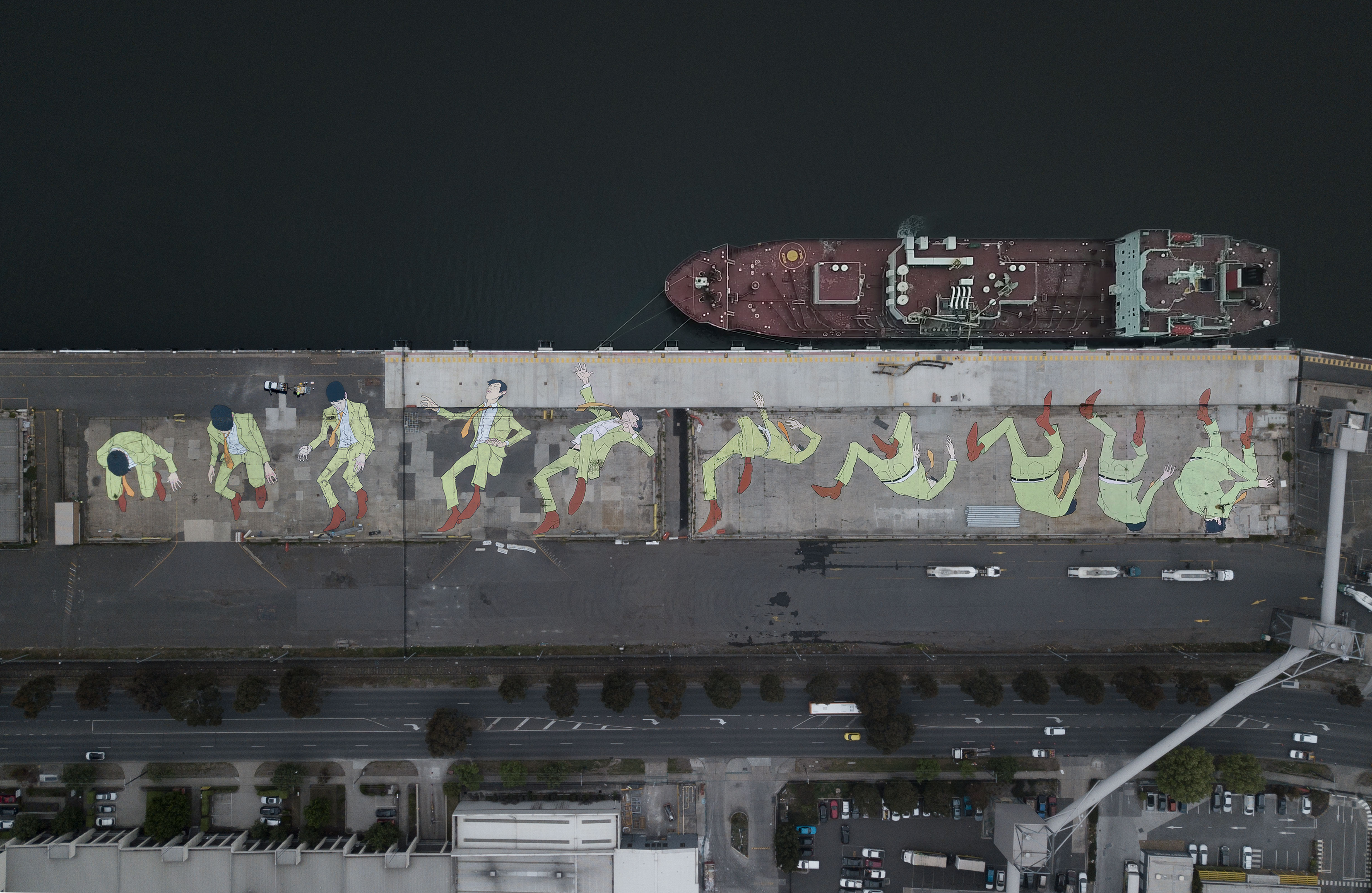 Kitt Bennett’s “aerial mural work” was recently combined with satellite technology to craft the world’s most massive independently created piece of “gif-iti” (or GIF-style graffiti) on 96,875-square-feet of waterfront space in Australia. The work, crafted by Bennett alongside collective Juddy Roller, features 10 figures that craft a “moving” scene when viewed as such below. Bennett was last featured on our site here.

When Insa presents his street art GIFs to people, they often think that he went back on Photoshop after painting a piece and animated it digitally. However, what the artist refers to as GIF-iti is painted entirely by hand, one frame at a time. Each layer of the artwork is photographed at a specific time of day to keep the lightning consistent, resulting in a moving mural created by way of stop-motion animation. Insa recently painted such a piece in Paris on a billboard along the River Seine. Painted over the course of two days (in the rain, mind you), the final, moving piece we see here was created using eight layers and 72 total skulls painted at different angles. The colorful work is titled “C’est La Vie” — a tongue-in-cheek name considering the subject matter. Check out some process shots after the jump.