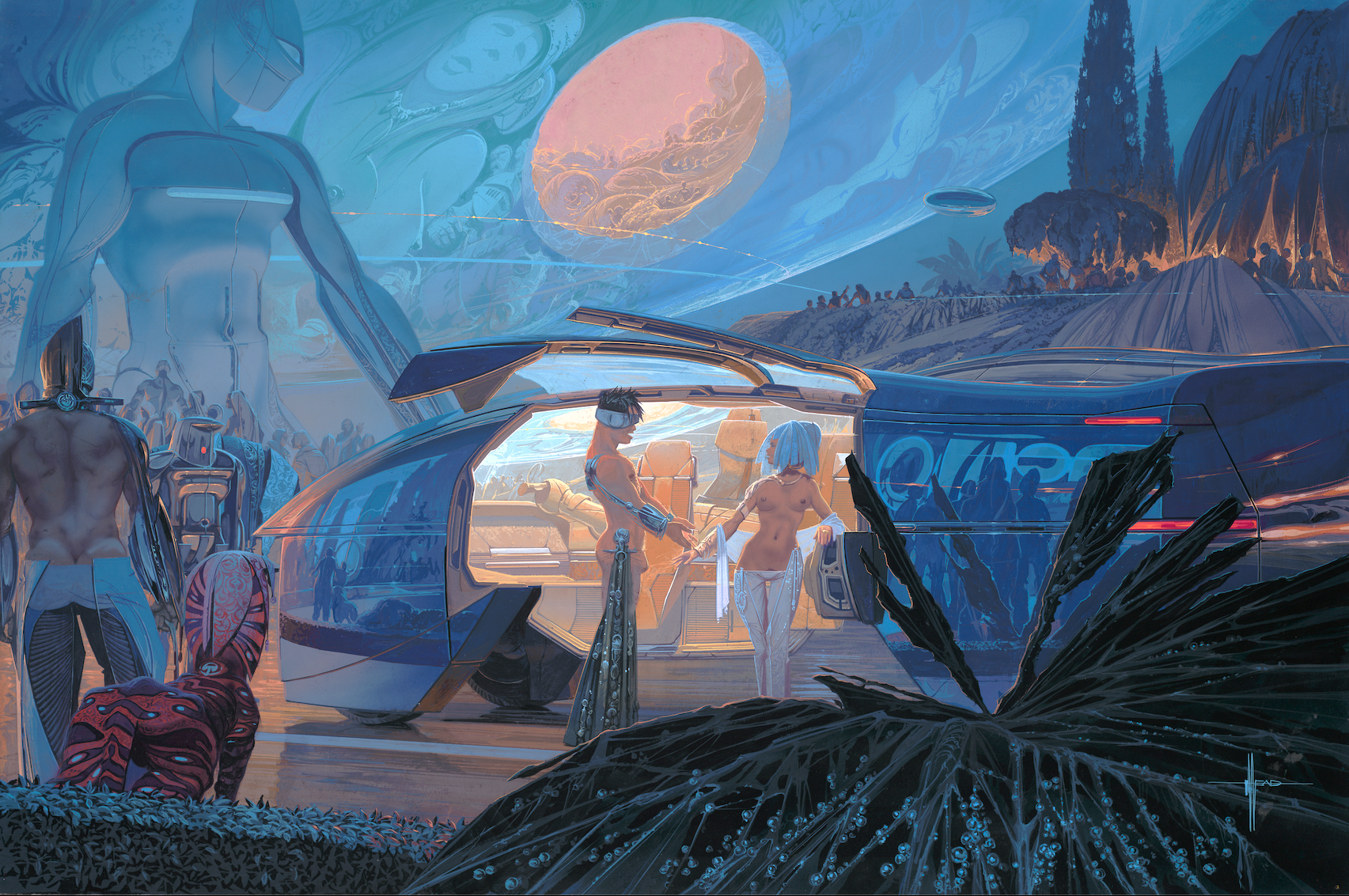 We have just learned of the death of legendary visionary concept artist and futurist Syd Mead. We were honored to do a fantastic article on his life and art in HF Vol.33. Below, for the first time, we are going to make that article written by Silke Tudor public for you to read it and learn about his life and worldview. 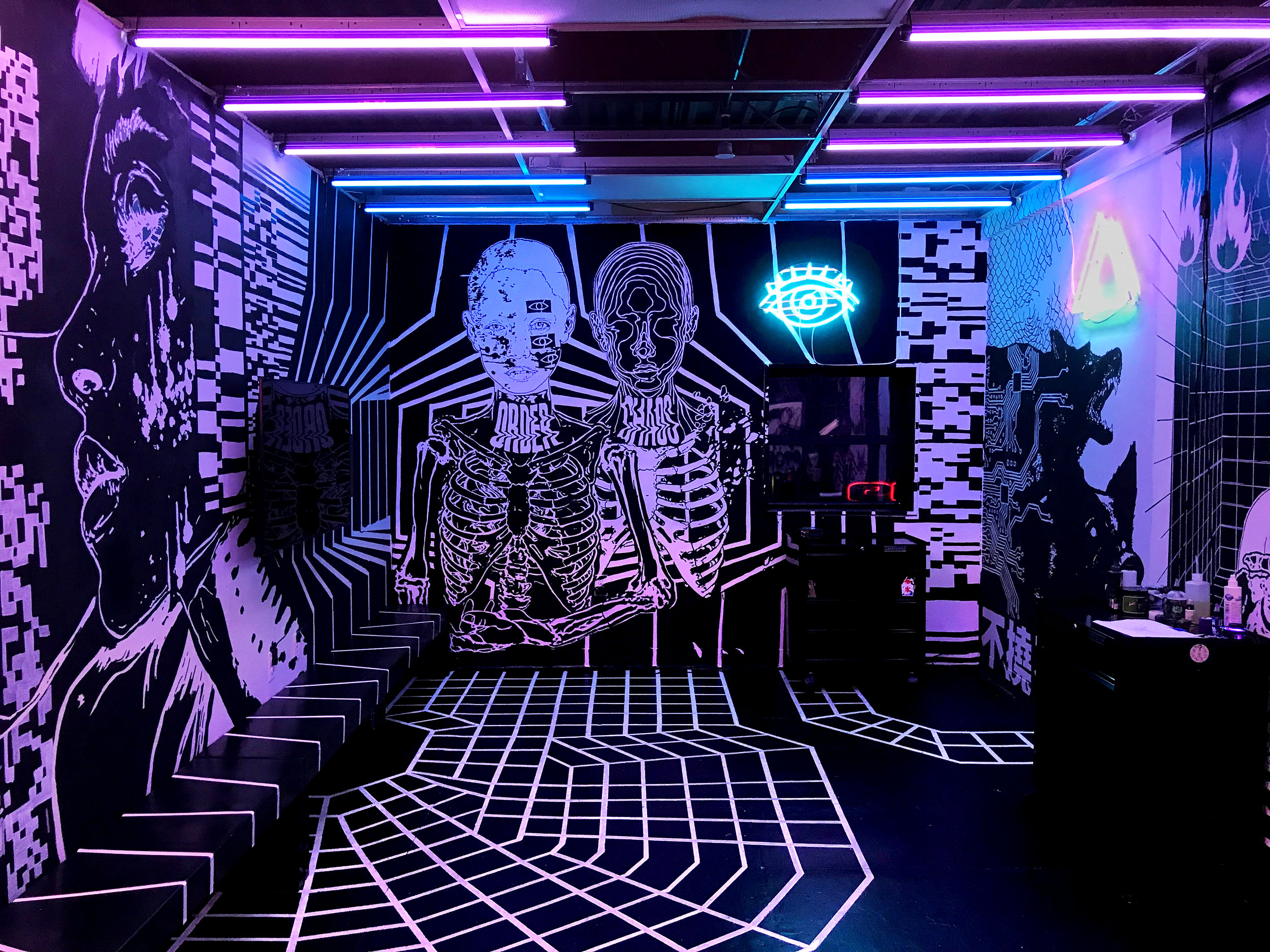 James Moore’s futuristic installations blend elements of sci-fi, light experimentation, and post-apocalyptic visions. He uses massive cybernetic characters and gridwork to toy with perspectives in the room his work inhabits. And in recent work, blends 3D sculpture with those illusionary tactics.

German artist Tobias Kroeger, also known by his moniker “Tobe”, made his career as a successful street artist, but in 2013 he suddenly stopped and turned his attention towards the canvas. What he created is a series of glitchy portraits inspired by his roots in graffiti and a growing concern for our addiction to technology. “Composed of data fragments and machine parts”, his depiction of people is not far from the truth; a portrait of a new generation, living their lives in front of the computer screen.

On Saturday at Thinkspace gallery, Ana Bagayan continued her foray into the deepest reaches of space with “Children of the Sun”. Her alien-like children first made their appearance in her last exhibition with Thinkspace, “There Is Time to Kill Today” (covered here). For that show, her paintings explored the unknown within the realm of her imagination. Bagayan’s latest work is inspired by something closer to home, her own cultural ancestry. “I became interested in my Armenian heritage, and that eventually led me to reading about Sumerian scrolls and ancient mythology,” she shared with Hi-Fructose on opening night. Sumerian creation myths tell the story about how the world began and people first came to inhabit it. Some theorists claim the writings offer proof of alien visitors. Bagayan tells her own version of the conception of human and animal life by an imaginary alien race of various anthropomorphic forms. Read more after the jump.