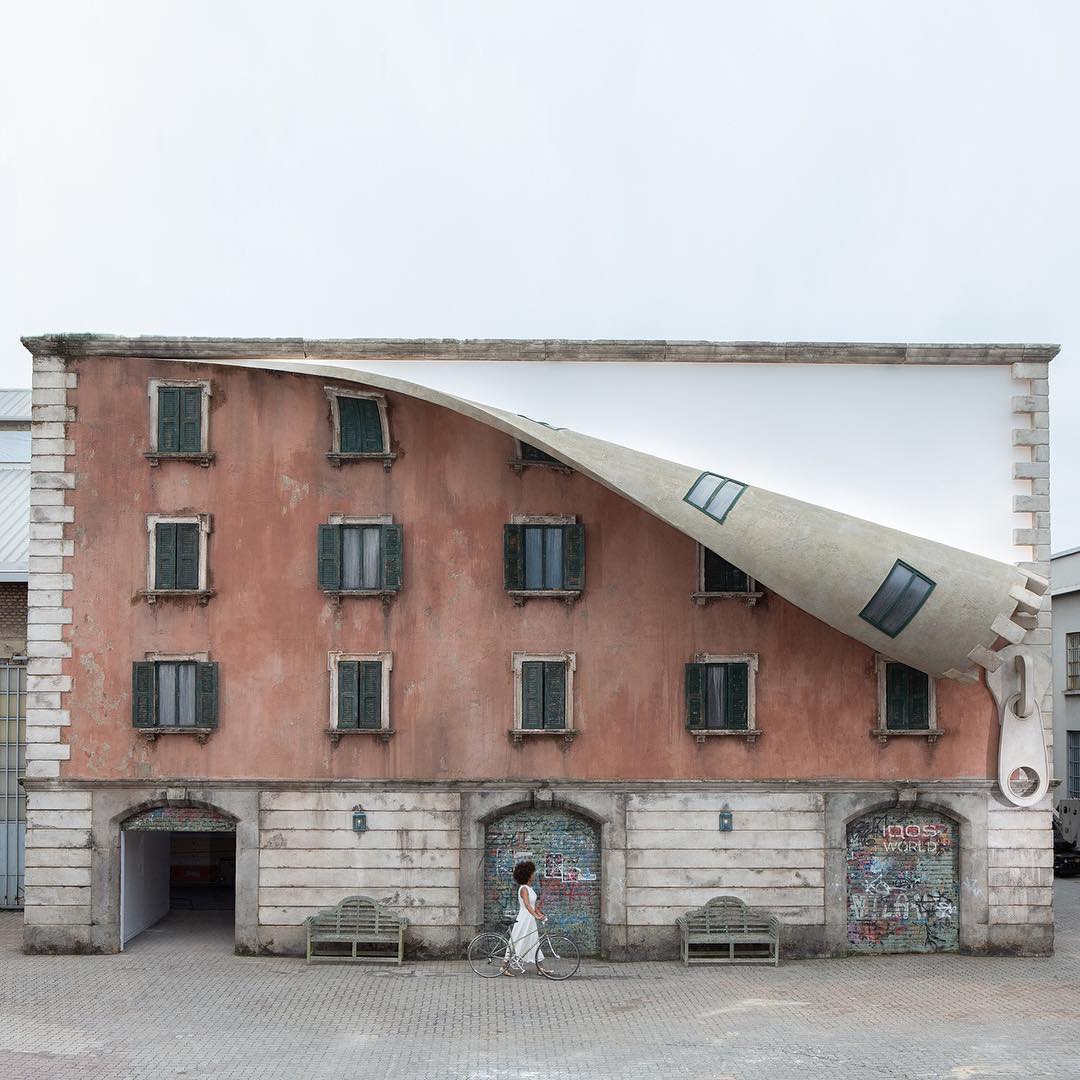 Sculptor Alex Chinneck has a string of major projects as part of Milan Design Week, including this massive intervention that the artist calls “the most ambitious work I’ve ever made.” His other work, whether “unzipping” a concrete floor or a factory wall, carry this motif. (Photography of his Milan Design Week work by Marc Wilmot.)

In Alex Chinneck’s recent work, the sculptor bends and warps otherwise stubborn objects to his will. “Growing up gets me down” is a working oak grandfather clock “knotted” by Chinneck. “Birth, death and a midlife crisis” was an indoor sculpture that “tied a 450-year-old column in the German museum of Kirchheim Unter Teck.” The artist was last featured on HiFructose.com here.

Alex Chinneck is frequently praised as an architectural wizard for his unusual interventions, which he creates with the help of engineering experts and legions of volunteers. In 2013, he transformed a multi-story home in Margate, UK into a steep slope that resembled a skate ramp (see our coverage here). Earlier this year, he made Covent Garden’s Market Building levitate, creating the illusion of the 184-year-old edifice floating off its foundation. For his most recent work, Chinneck built a brick house made entirely out of realistic, wax parts for London’s Merge Festival. The piece, titled “A Pound of flesh for 50p,” was put up in early October and left to endure the elements. Over the course of the past few weeks, the house has perplexed passersby as it melted and collapsed. Chinneck recently tweeted a photo of the house in its current state. Take a look at the melting house’s progress below.