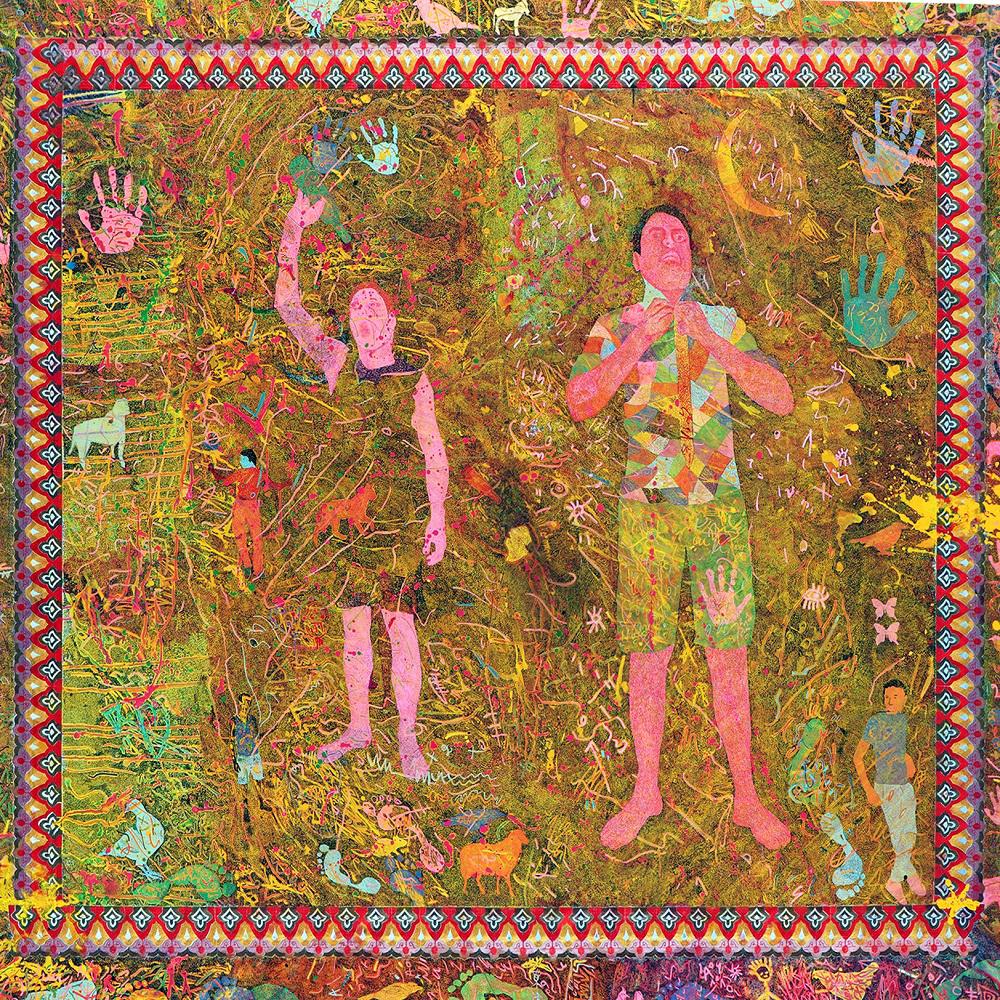 Slimen El Kamel’s transcendent paintings are informed by both memory and folklore. The Tunisia artist uses acrylics, embroidery, and other media to craft these multilayered works, each inviting the viewer to unpack his crowded visions. His painting have been said to question “social constraints and the absurdity of violence.”

Sophia Narrett’s painterly approach to embroidery results in elaborate, startling scenes. Her themes traverse escapism, psychology, and sexuality. Each section of the work brings its own surprising sharpness, with a certain visceral quality resulting from the material.

In the series “Ça va aller,” photographer Joana Choumali adds embroidery to images captured of her African hometown, Abidjan, in the days after the March 2016 Grand-Bassam terrorist attack that took 19 lives and injured 33. She began embroidering as a way to cope, with the series evolving from this approach. The artist observed a melancholic population following the event.

The textile work of Sabine Feliciano may recall a past biology class for some, as her “dissections” of animals play with the vibrant and textural possibilities of the form. Her “Wild Textile World” takes us inside varying creatures of the natural world. And each takes the traditionally gruesome and adds something new, even lighthearted, to these explorations.

Using acrylic nails and hand-stitched sequins, Frances Goodman explores the concept of female identity in her portraits and sculptures. A new show at Richard Taittinger Gallery, titled “Beneath Her,” collects the South African artist’s most recent works around this journey. Goodman was last featured on HiFructose.com here.

For the upcoming Hi-Fructose Vol. 45, we’re offering an exclusive patch by Ziero for all current subscribers and the next 500 to sign up. The Mexican artist specializes in vibrant patches, toys, prints, jackets, and other products with his “unique characters and twisted scenarios.” Head to our store to subscribe to the magazine.