Andrew Hem and Mel Kadel currently have solo exhibitions on view side-by-side at LA’s Merry Karnowsky Gallery, with an opening reception slated for the evening of March 8. Hem’s “Dream but Don’t Sleep” presents a series of new paintings filled with cool-hued shadows and prismatic shapes. Though focused on figuration, Hem paints with an expressionistic looseness. His figures reveal his brushstrokes and nuanced color palettes without much blending. Yet, his work retains a sense of precision, lending it an illustrative quality that complements his Impressionist-influenced painting style. Read more after the jump.

Los Angeles-based artist Andrew Hem’s highly anticipated new solo project “Cold Water” opened last month at LeBasse Projects. By the time doors had opened, Hem’s entire exhibition was sold. Owner Beau Basse complimented the artist on his strong point of view and enthusiasm, who confronted themes of isolation and personal conflict in the “Cold Water” series. The exhibition is laid out as a chronological story filled with private references and lush new environments. Each painting feels illuminated by a cold palette of primarily blue and green corpse-like figures, rising from solitude to seek a road to happiness. “Cold Water” shares its opening with Melissa Haslam’s “Kigurumi”, now exhibiting at the Lebasse Chinatown space. On view until August 13th, opening night photos after the jump. – Caro

Next weekend, July 16th, LeBasse Projects in Culver City will be presenting the latest body of work from artist Andrew Hem, ‘Cold Water.’ The introspective paintings explore the feelings of seclusion and loneliness, yet more importantly, as an indicator of the artist’s skill, do so in a manner that invokes an odd warmth and comfort. Hem is currently finishing up a mural, get a look at the large outdoor piece’s progress, as well as a couple of the new paintings, after the jump. 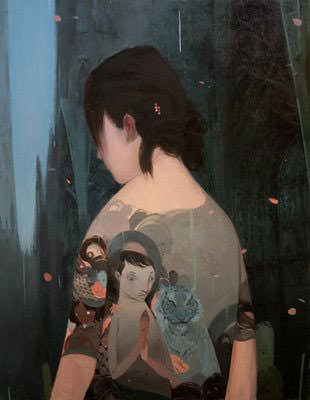 Andrew Hem, who appears in our latest volume, opens a solo show tonight at Seattle’s Roq La Rue Gallery. We love his use of patches of color and hazy narratives. Stella Im Hultberg’s solo opens at the gallery as well, showcasing her wonderful ethereal female forms with Art Nouveau inspired flair. Check out our selections from the show from both artists here. 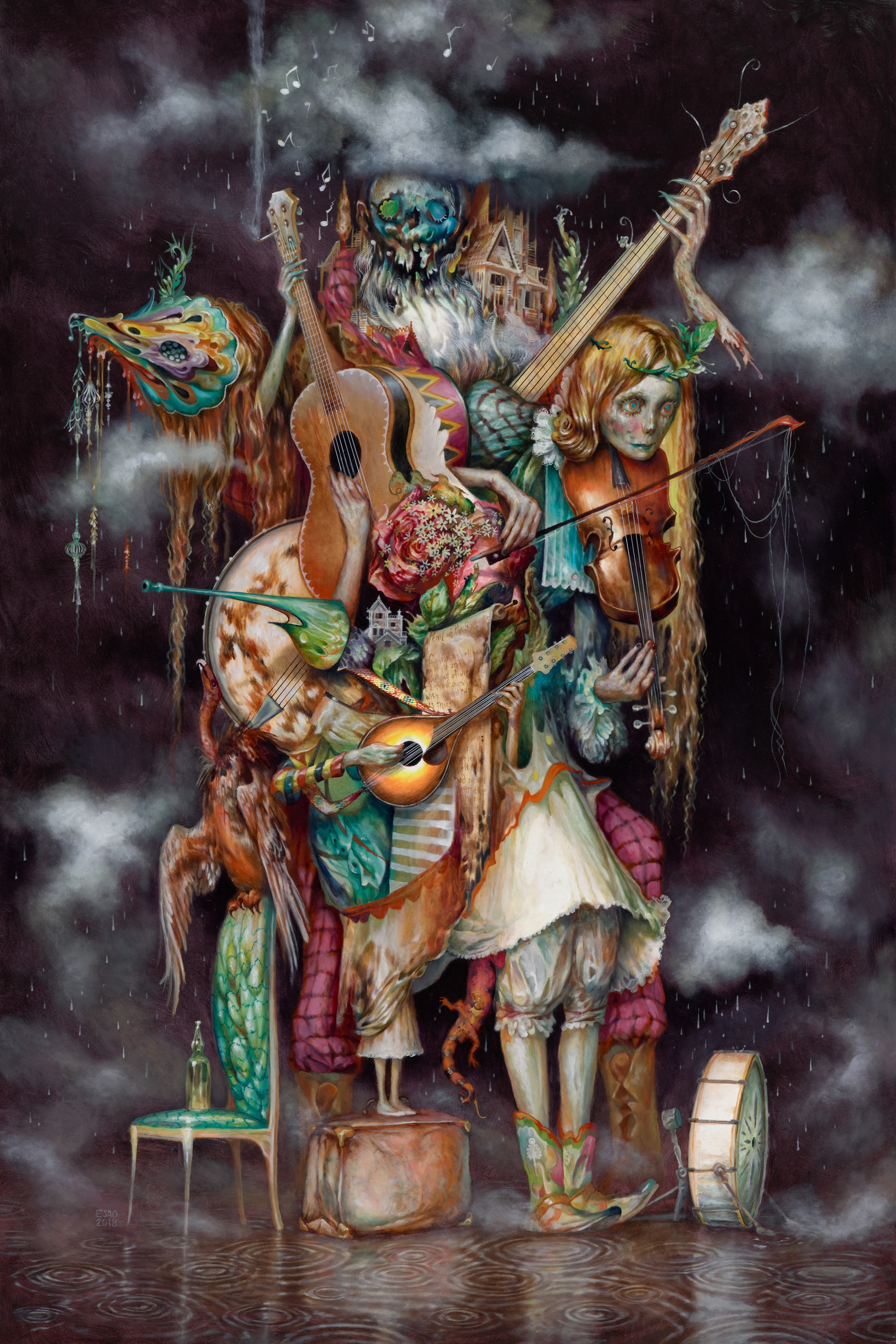 In a mid-career retrospective exhibition at the Mesa Contemporary Arts Museum, Esao Andrews offers paintings that span his career. “Petrichor,” curated by Thinkspace Projects, looks at the riveting, pop surrealist output from the artist, over the past several years. The exhibition kicks off next month on May 10 and runs through Aug. 4. Andrews is featured in the Hi-Fructose Collected Volume 2 Hardcover. 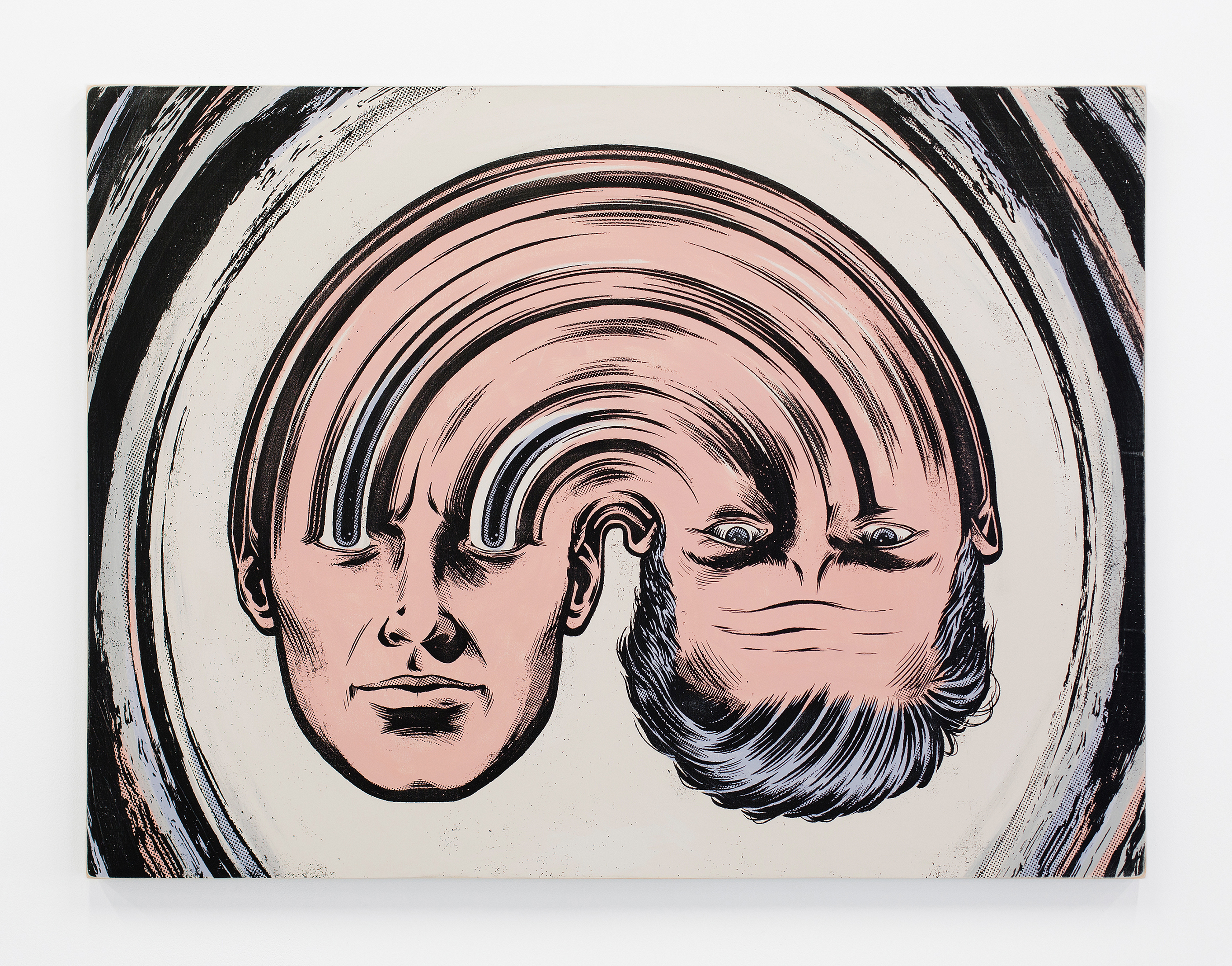 In the personal work of illustrator Andrew Fairclough, the artist’s cerebral explorations are infused with comic and pop influences. Stylistically, his work has a kinship with the drawings of Charles Burns or other Lowbrow luminaries, while also showing Fairclough’s love of vintage spot illustrations, retro science fiction, and “the textural wonders of degraded print.”