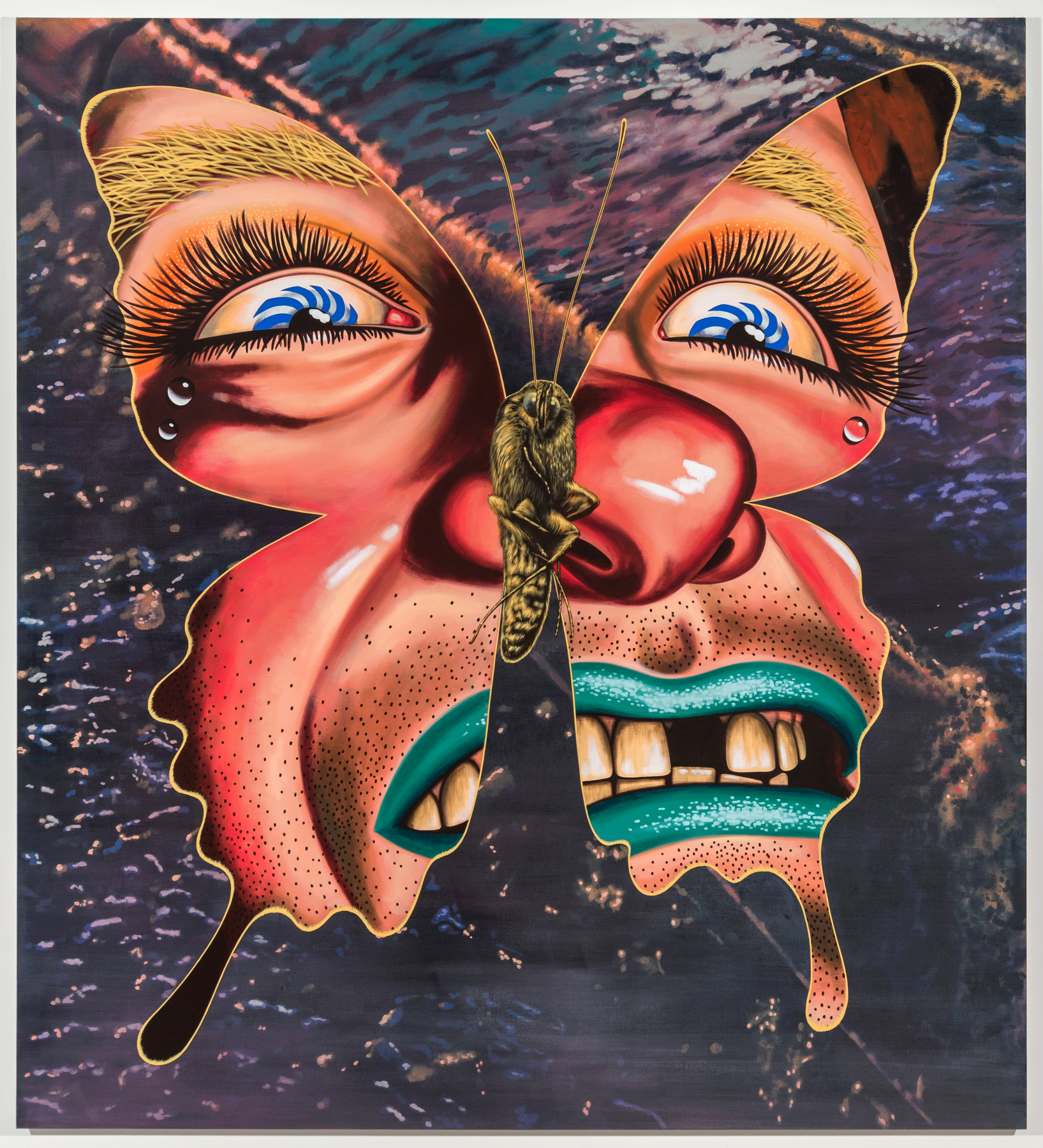 Henry Gunderson’s new solo show at Derek Eller Gallery, titled “It’s a Great Time to be Alive,” explores how an “image-saturated culture” is deeply embedding itself into our psyches. Running through Feb. 2 at the New York City space, the show features a self-portrait of the painter, “It’s Hard to See from Where I’m Standing,” seen below. 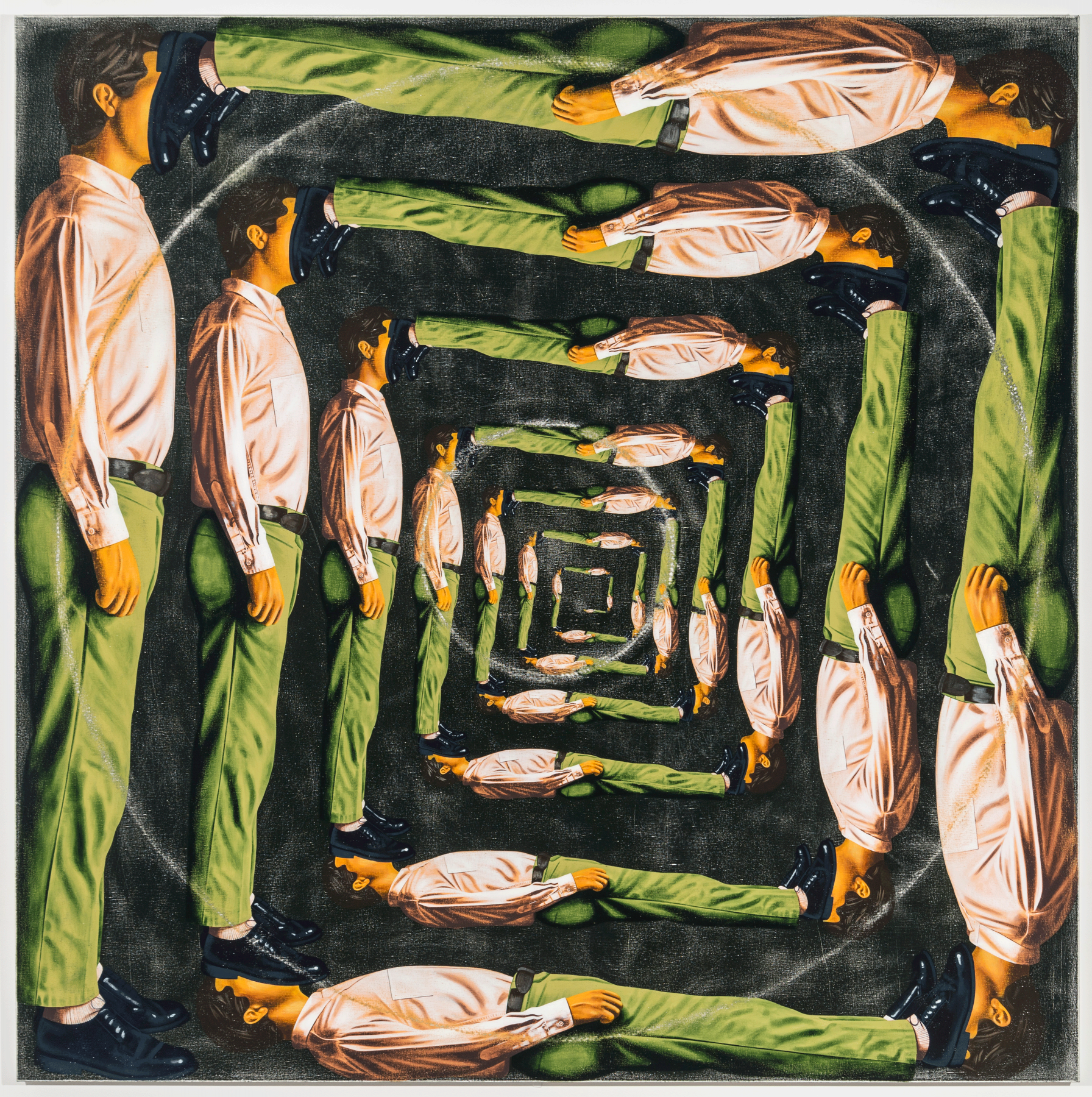 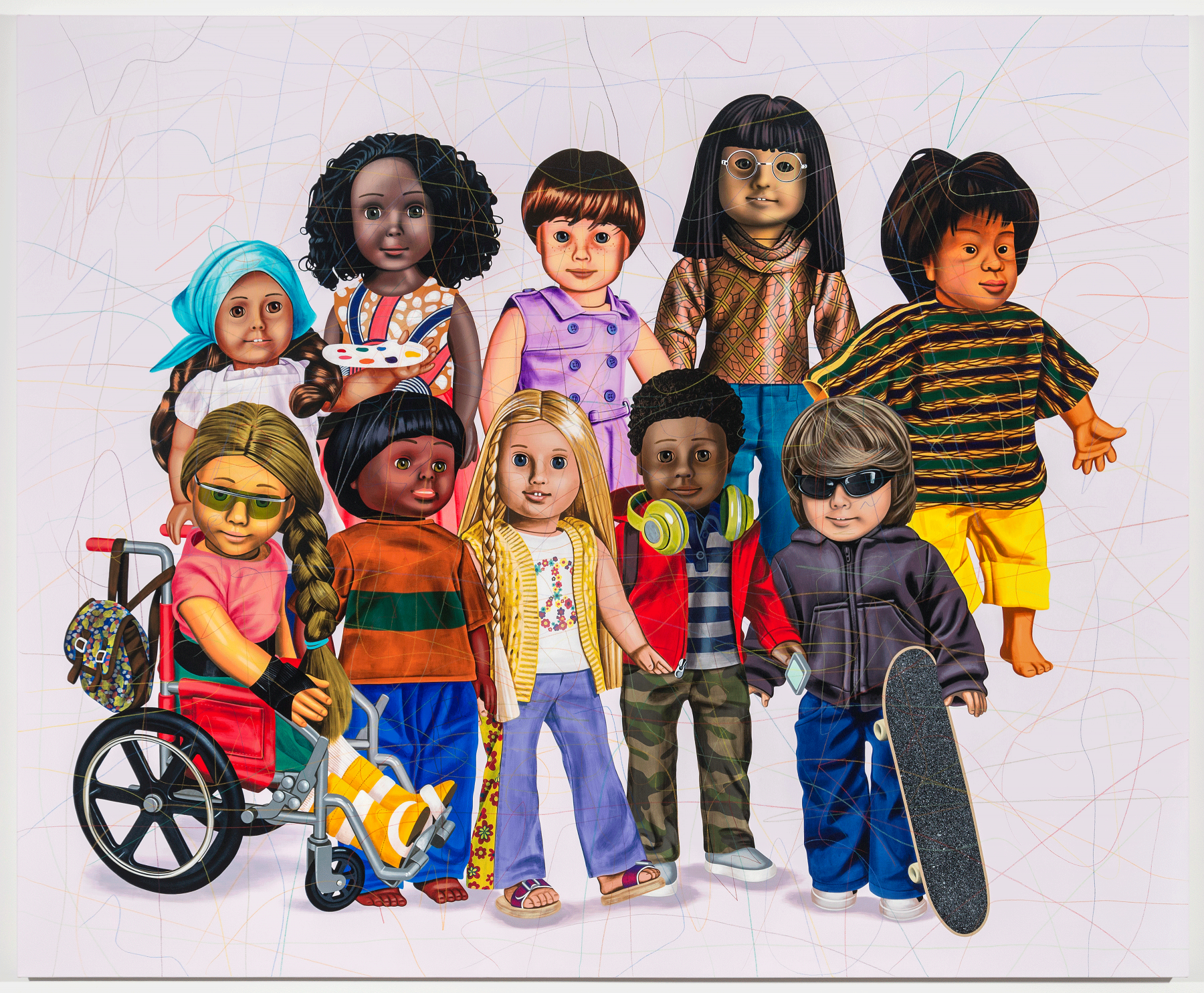 On the other works in the show, the gallery says, “Accentuating the commercialization of diversity, a group portrait of shiny plastic American Girl dolls represents the spectrum of ethnicities and abilities and their archetypal portrayal in American media. Two works incorporating butterflies juxtapose this symbol of transformation and beauty with imagery from pulp western illustrations; once rough and masculine cowboys are rendered in garish make up and drag. A pair of hyper-masculine paunchy wrestlers are scissored together in an unexpected arrangement. An intimate study of high-tech motorcycle gloves, patchworked with an array of sewn panels, become a highly fetishized commercial product.” 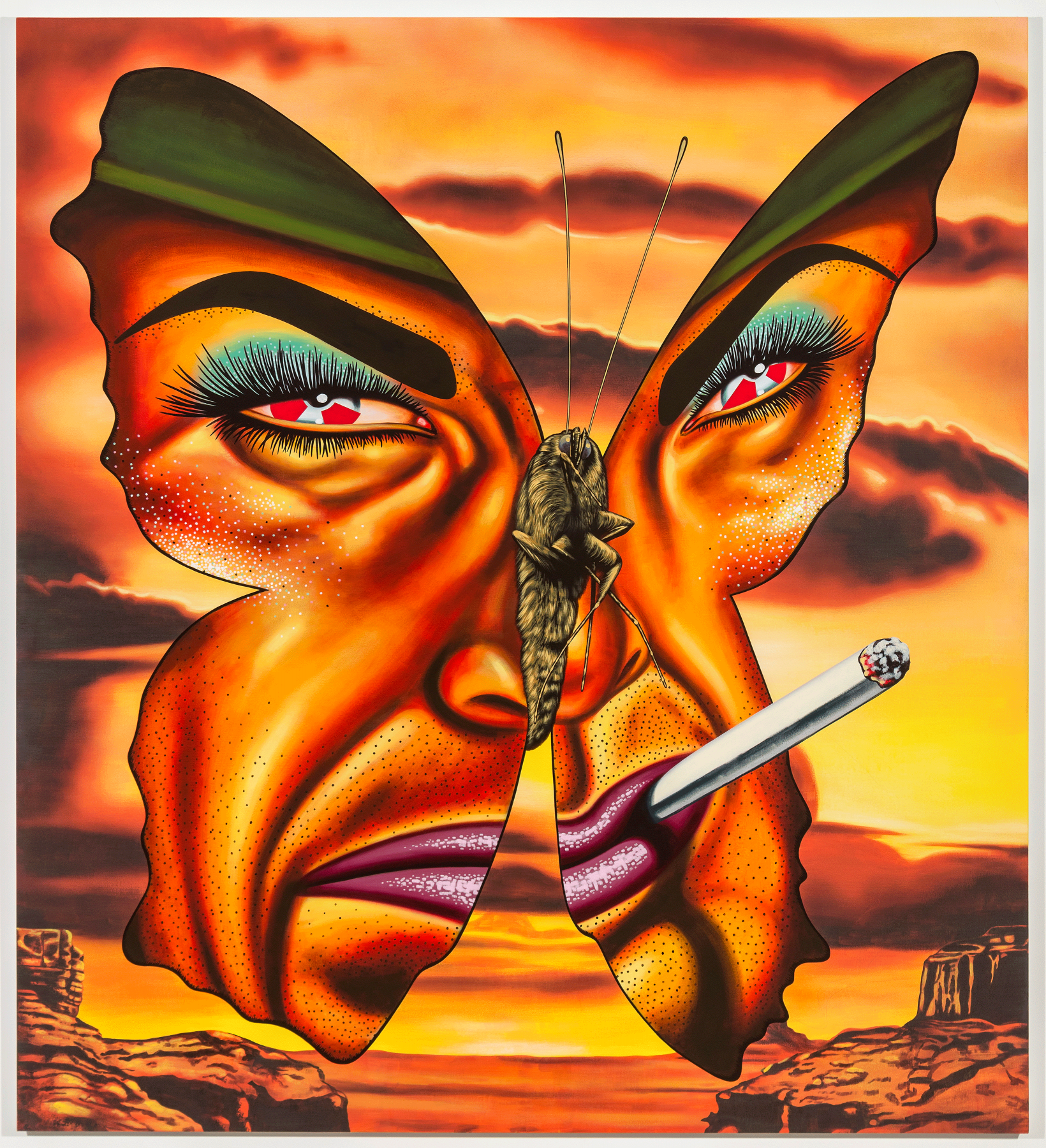 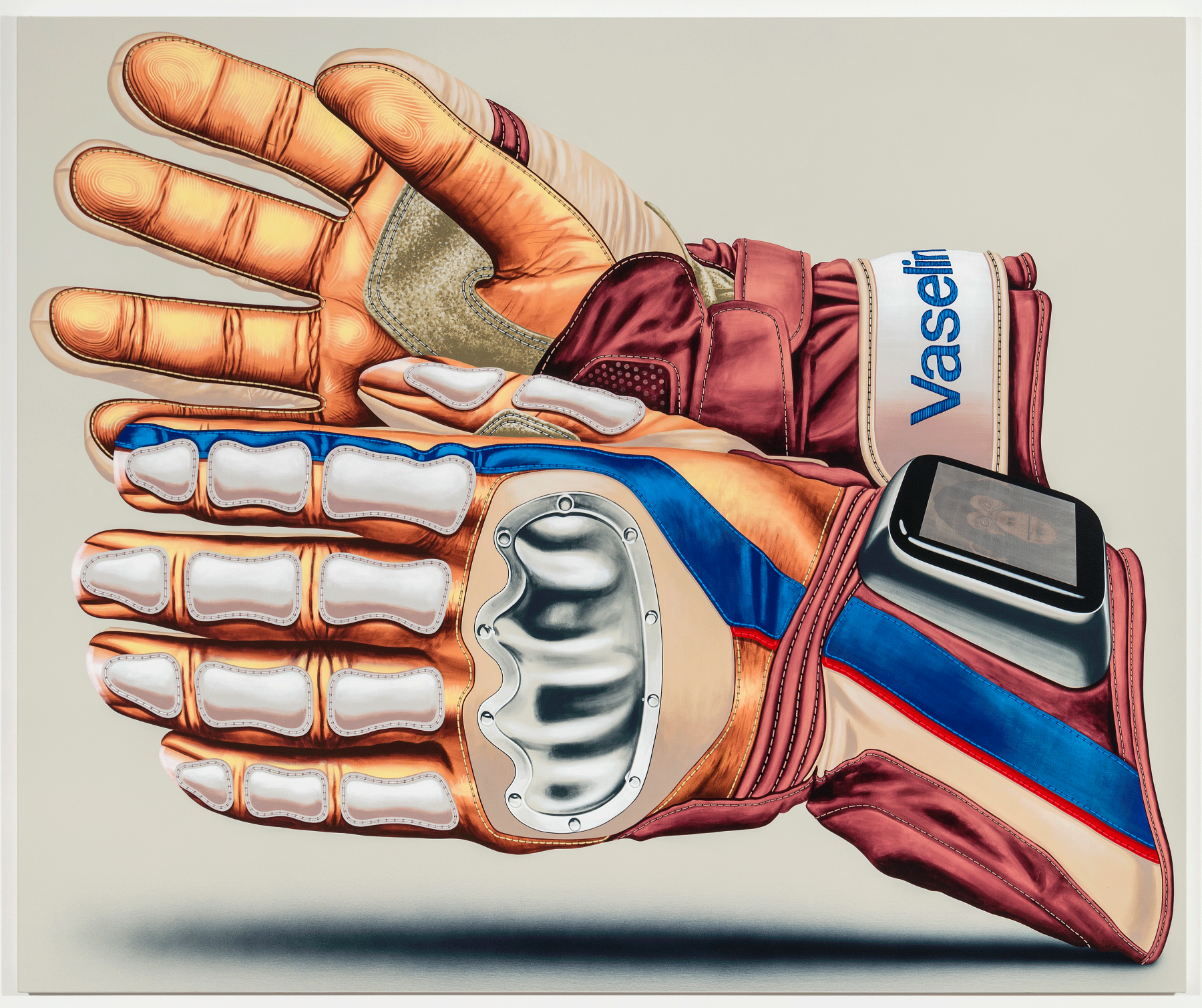 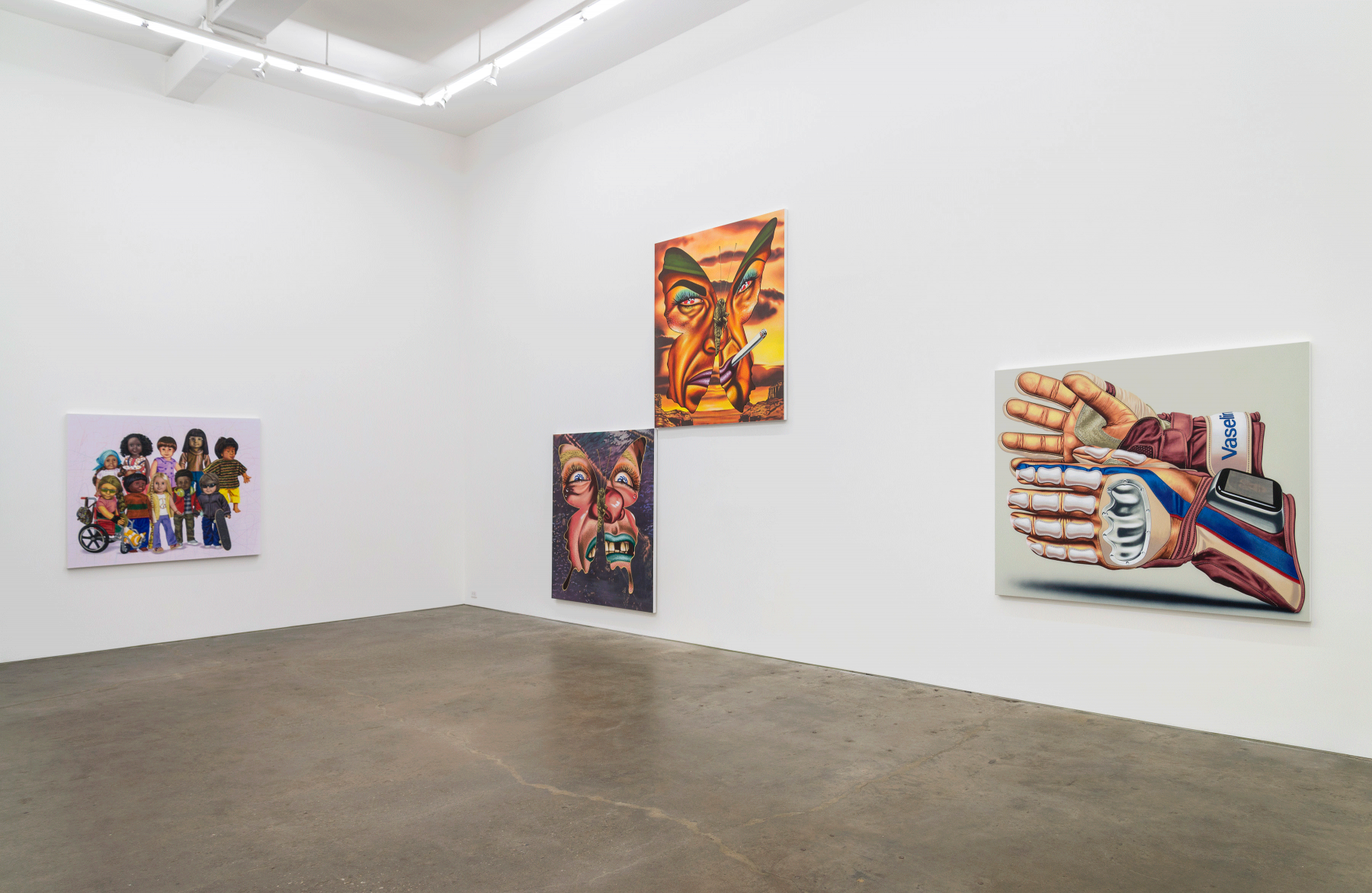 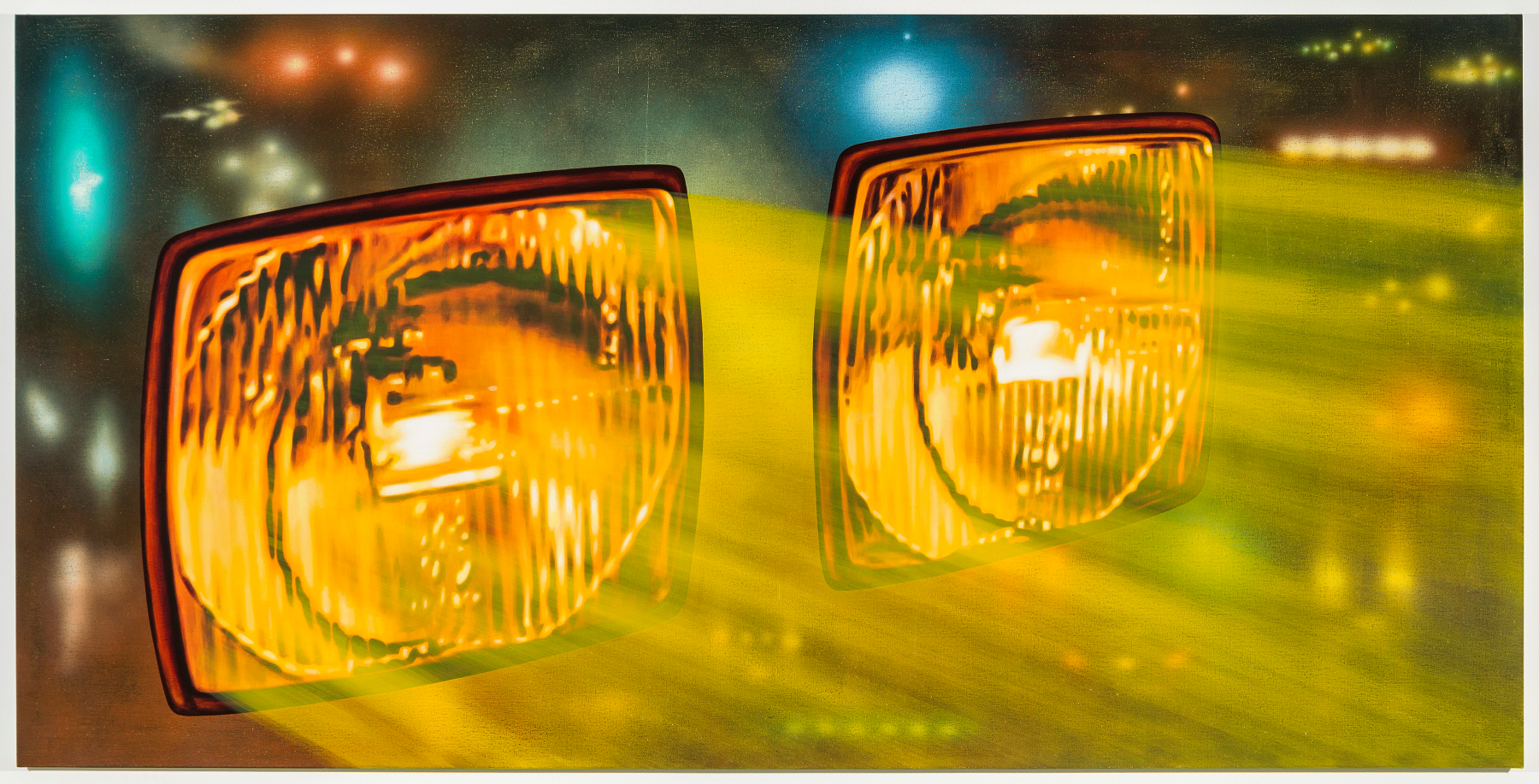