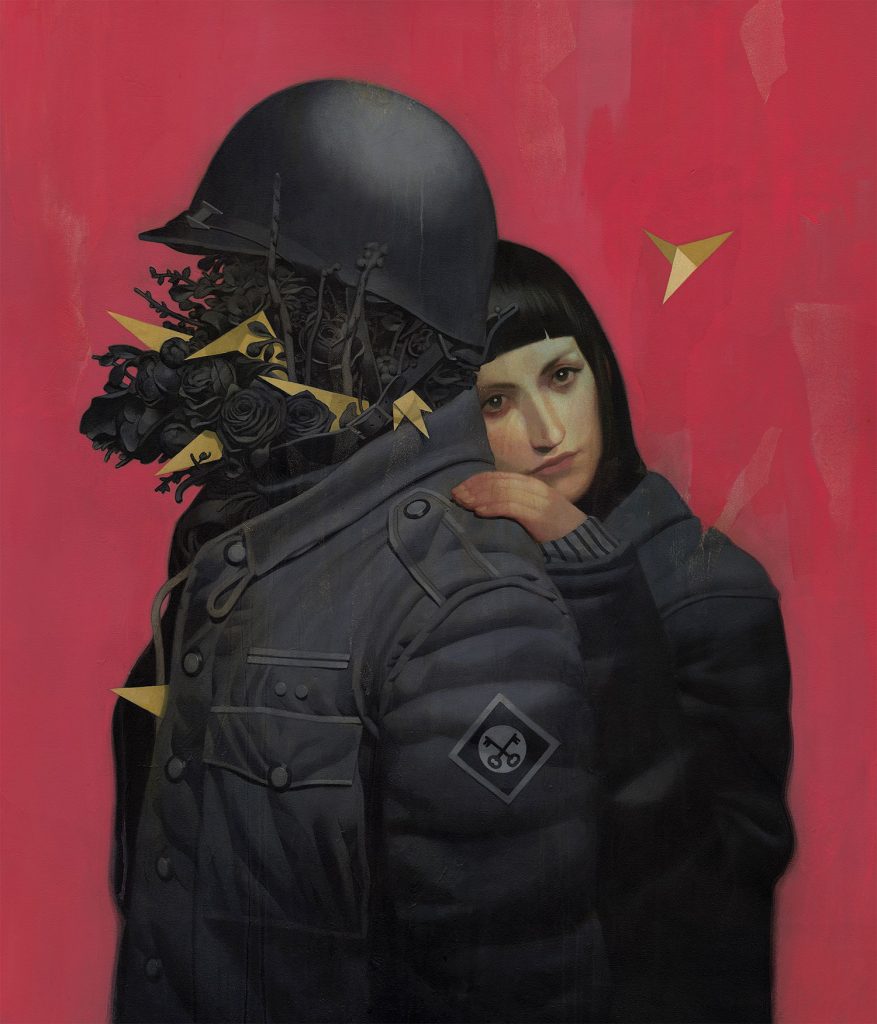 Joao Ruas brings his striking, ghostly paintings to Thinkspace Projects with the new show “Knots.” The show, running through Jan. 4 at the space, collects both new mixed-media and acylic paintings, as well as drawings from the artist. The artist was featured on our site here and was last seen in print with Hi-Fructose Vol. 23. 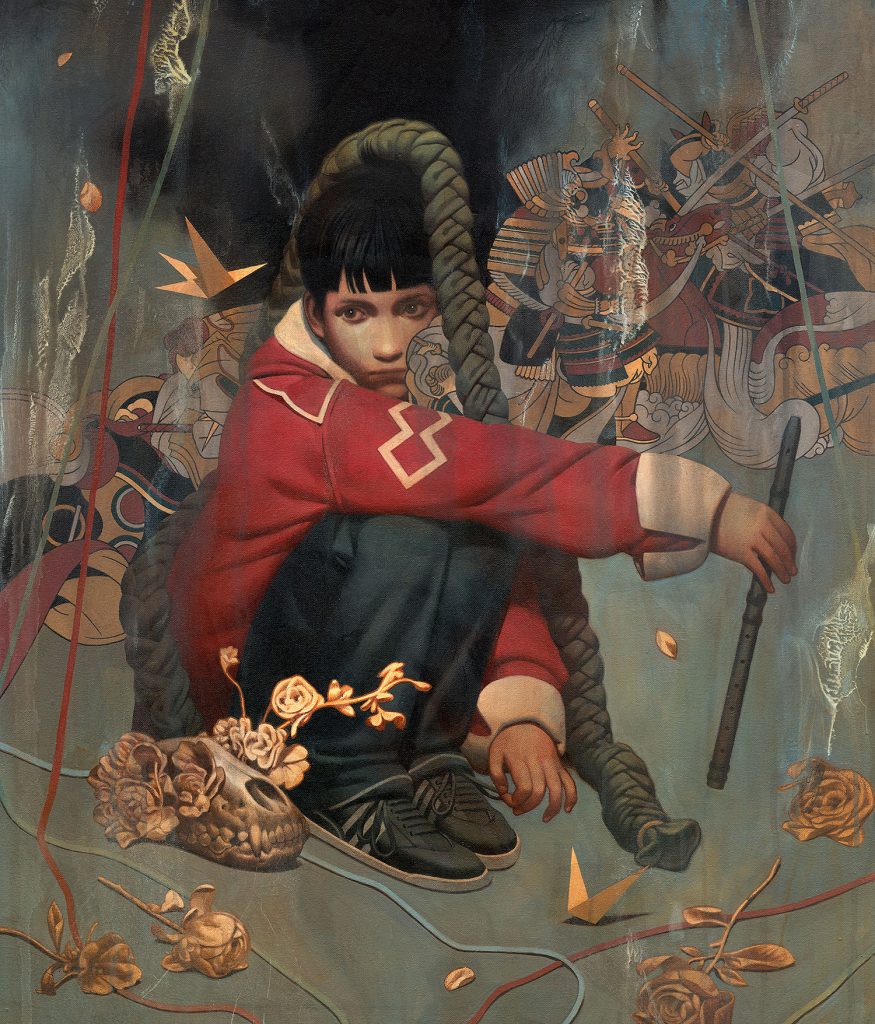 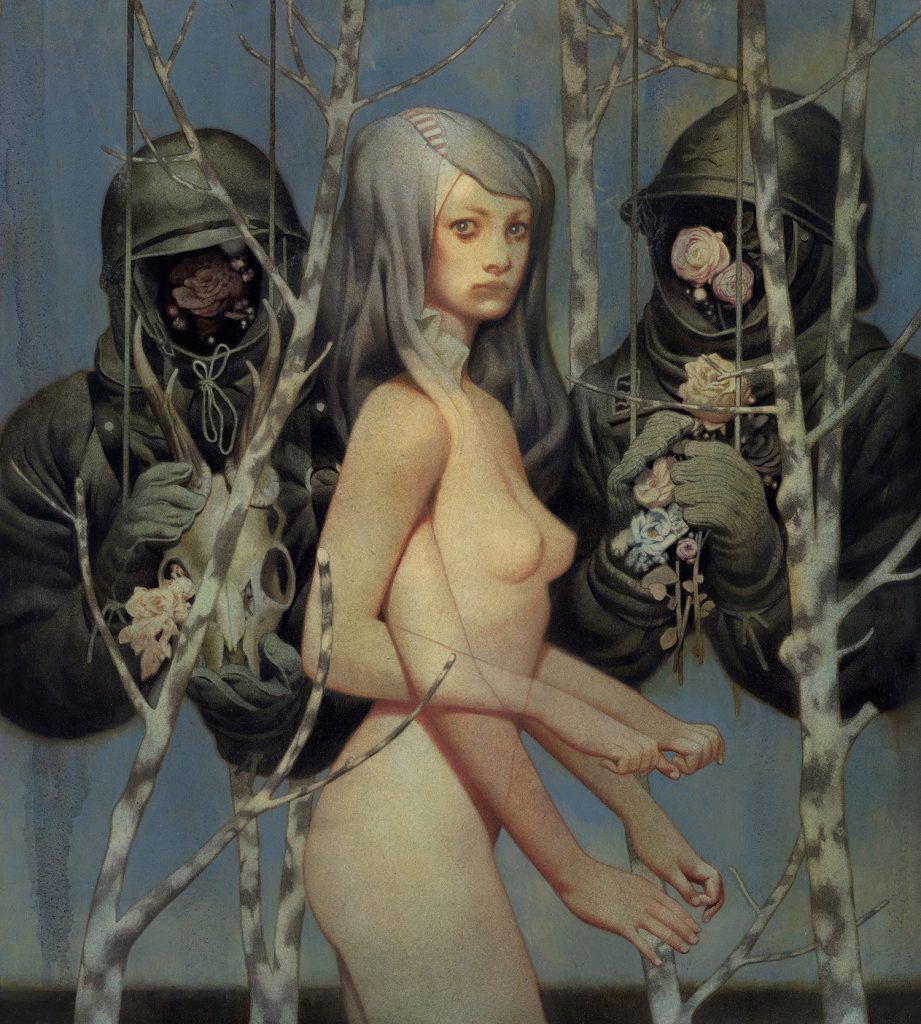 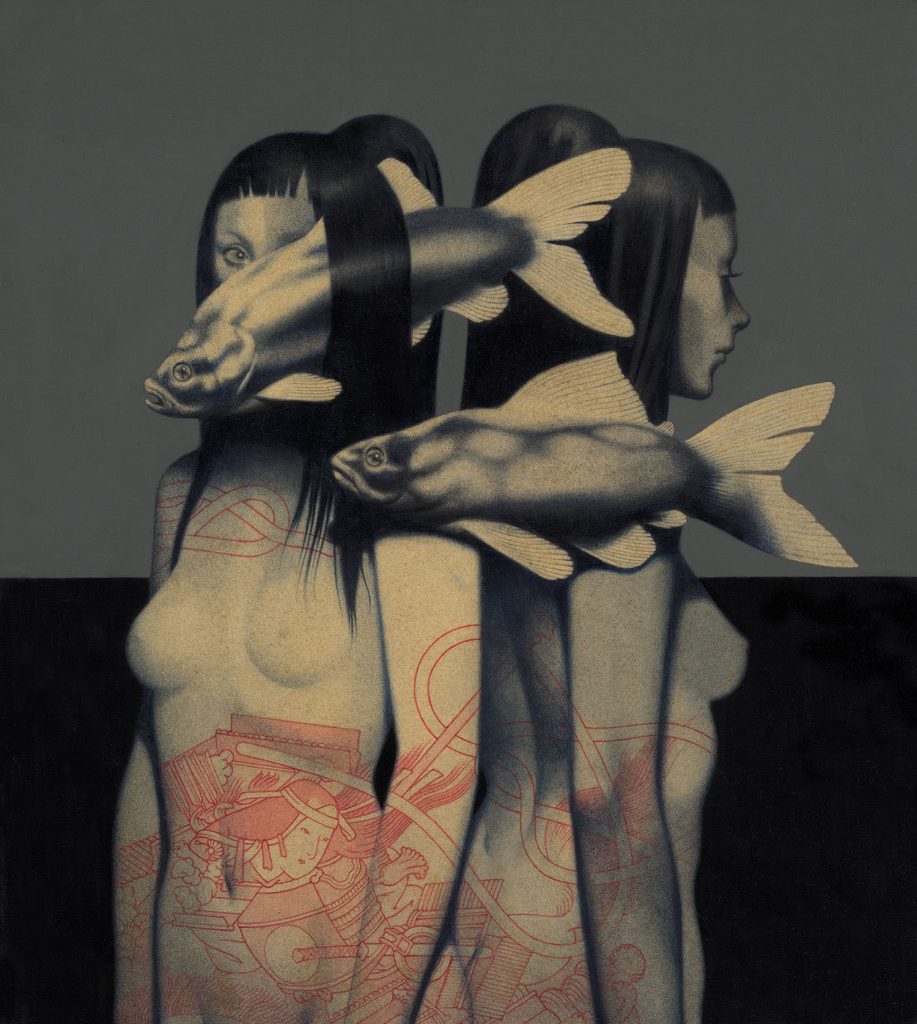 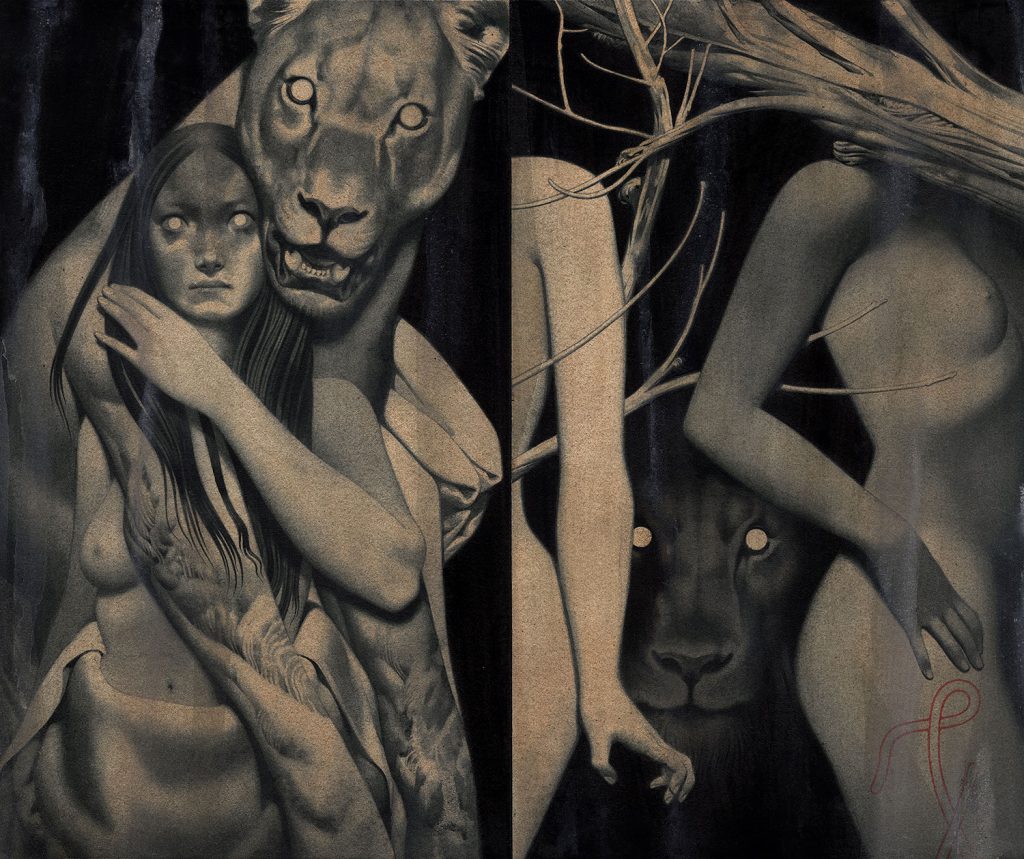 “His haunting works are inspired by the age-old function of myth as an antiquated system of attributing meaning to natural and human chaos,” the gallery says. “Ruas’ beautifully executed lines, love of detail, and quasi-Gothic aesthetic, recall the late 19th century golden age of illustration, and its propensity for lush hand-drawn worlds. Fascinated by the enigmatic mystery of lore and symbols, and drawn to the use of recurring contrasts, Ruas punctuates his work with a system of evasive signs. His pieces always tend to reveal the spectral traces of graphite in the end product, a choice that discloses both the presence of the artist and the ghostliness of his universe.”

See more on Thinkspace’s page and the artist’s own site. 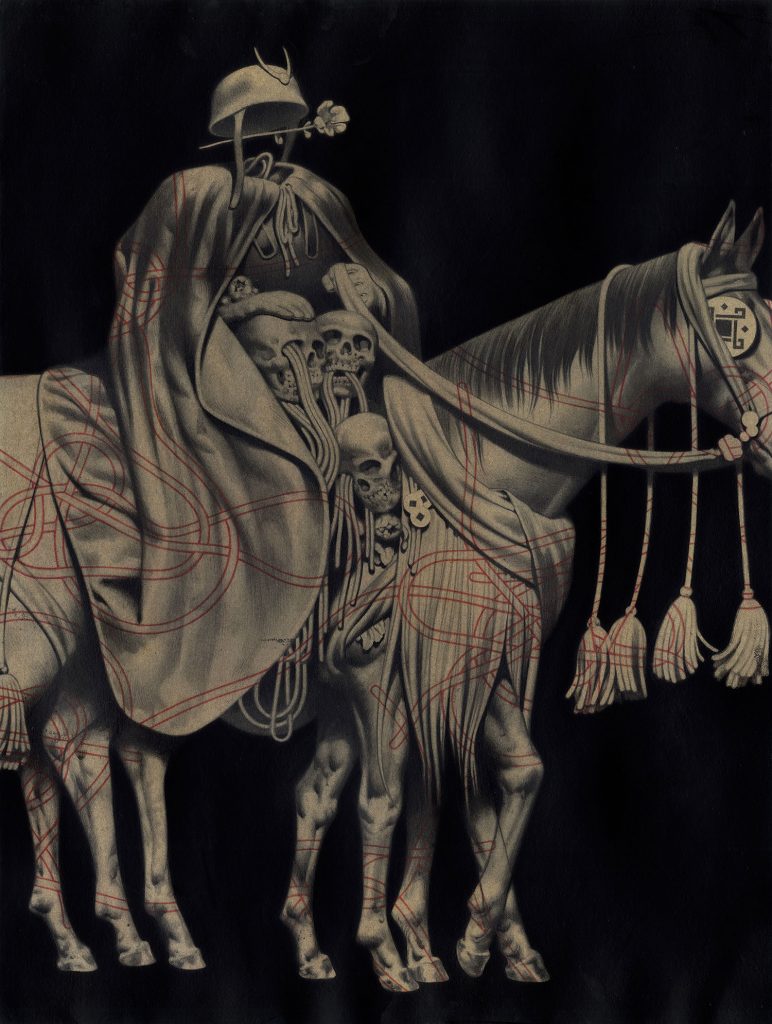 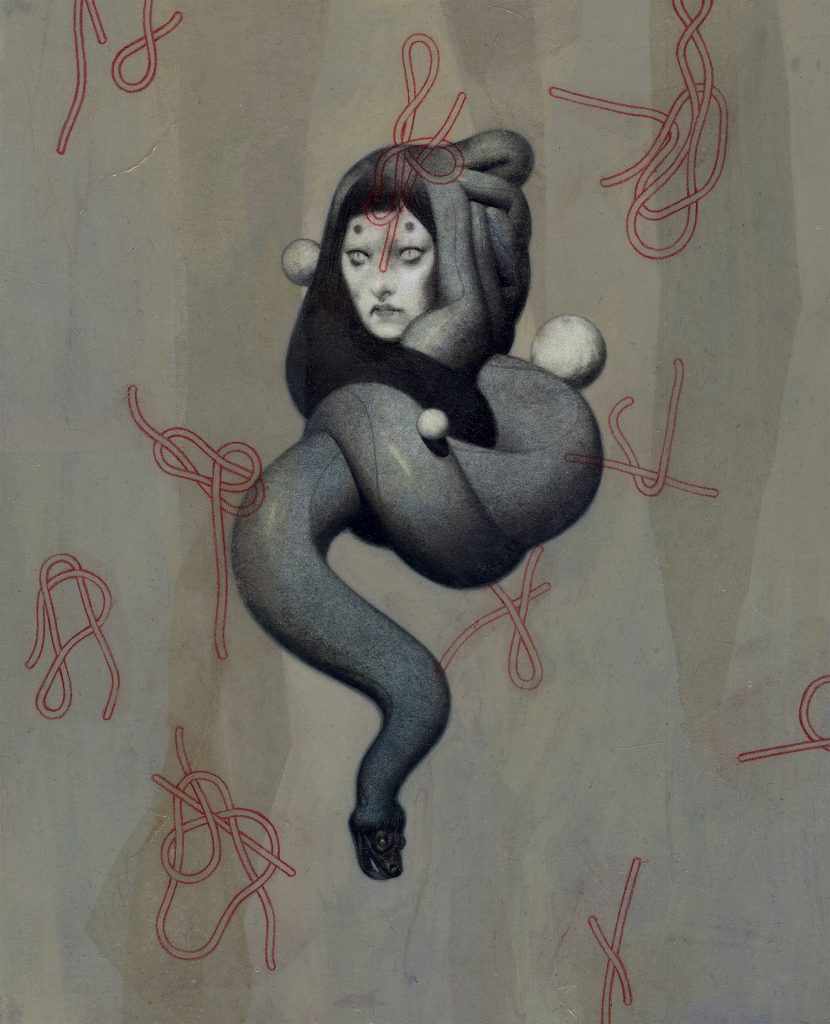 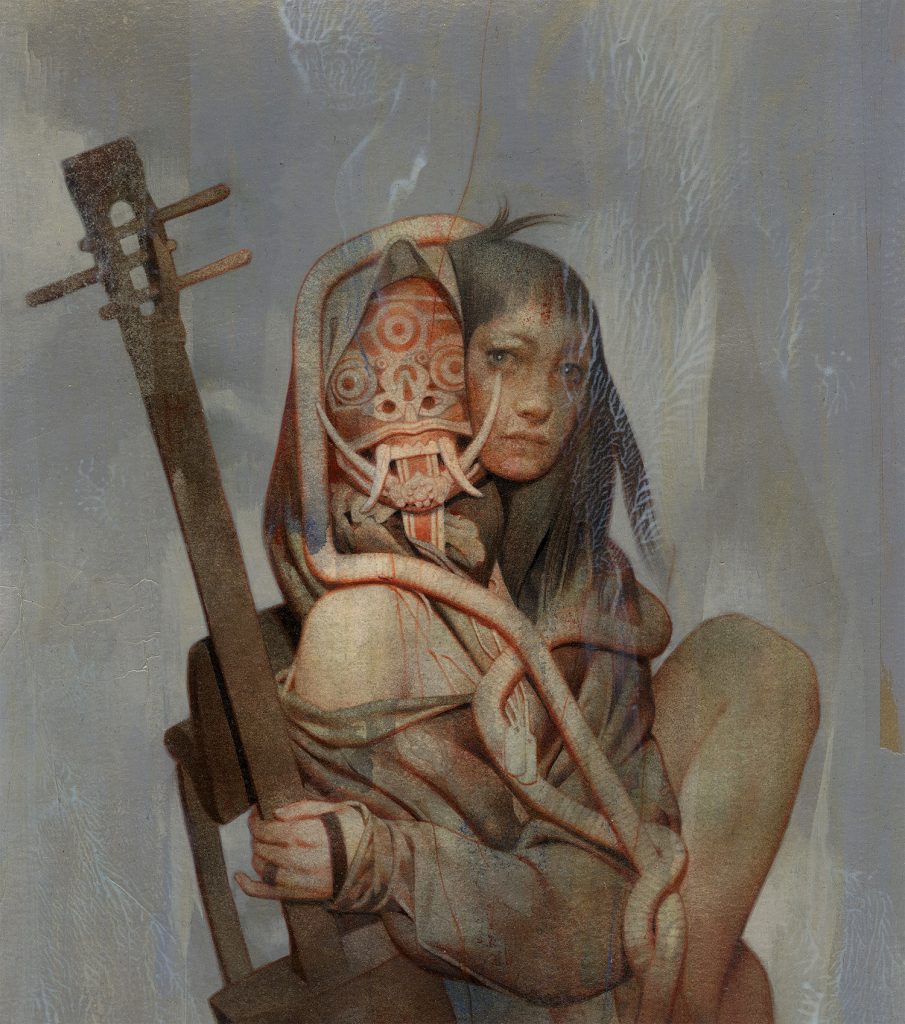 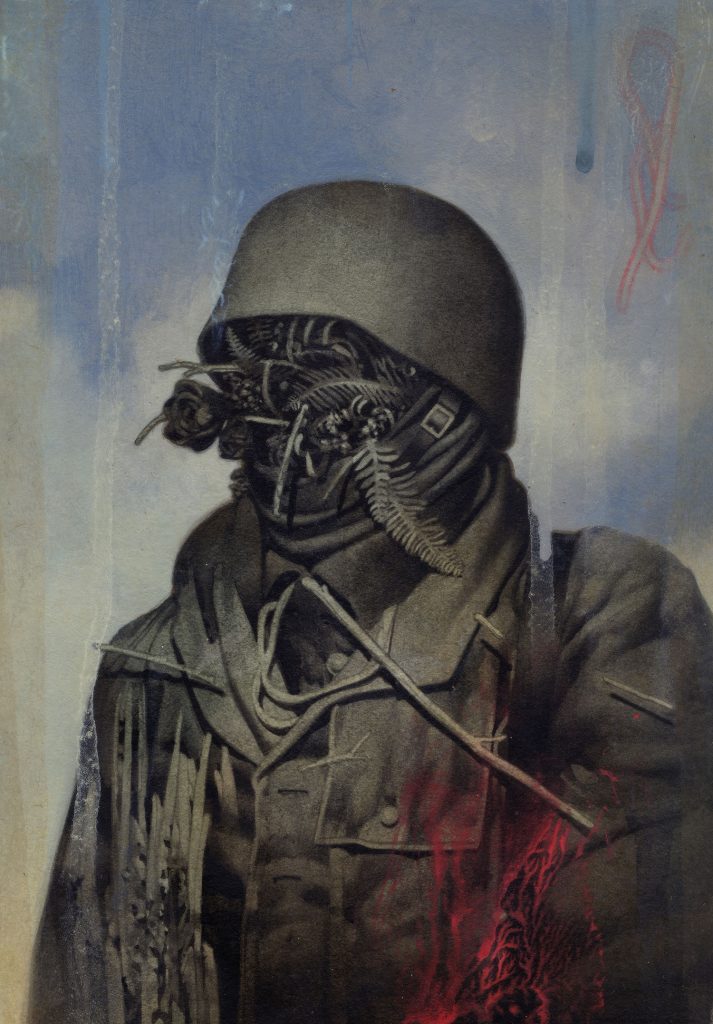 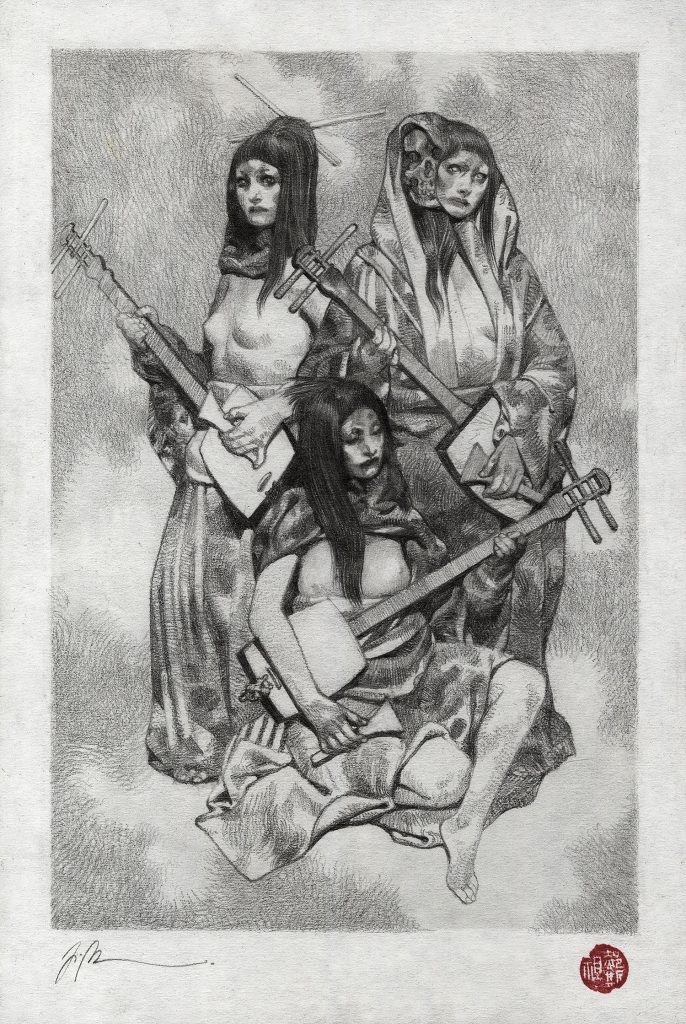