In Adele Bessy’s crowded paintings, figures and faces are used as building blocks. Her work, in both its frantic quality and control, has been compared to the likes of Bosch and Arcimboldo. The artist is based in Achères, Ile-De-France, France. 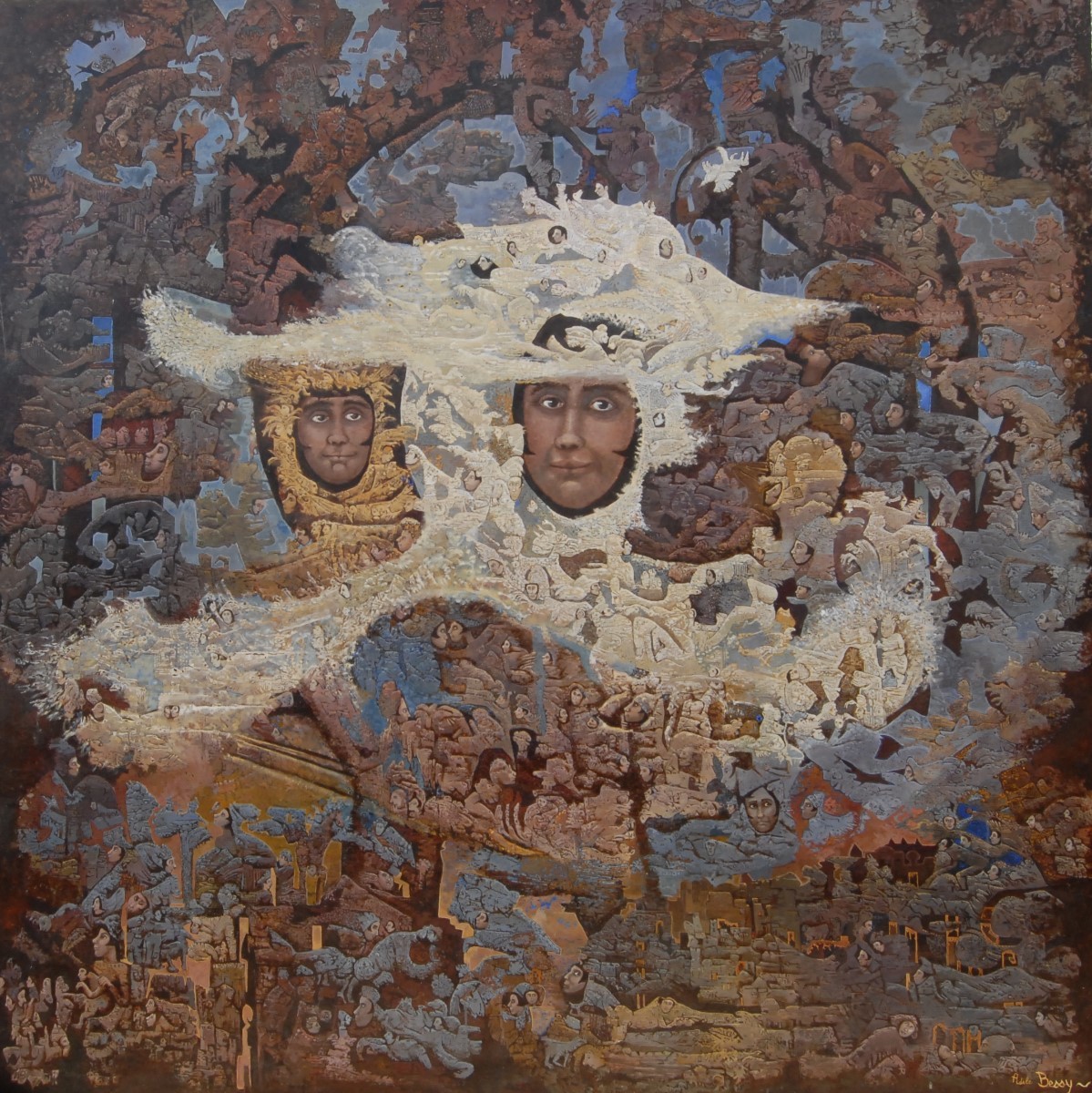 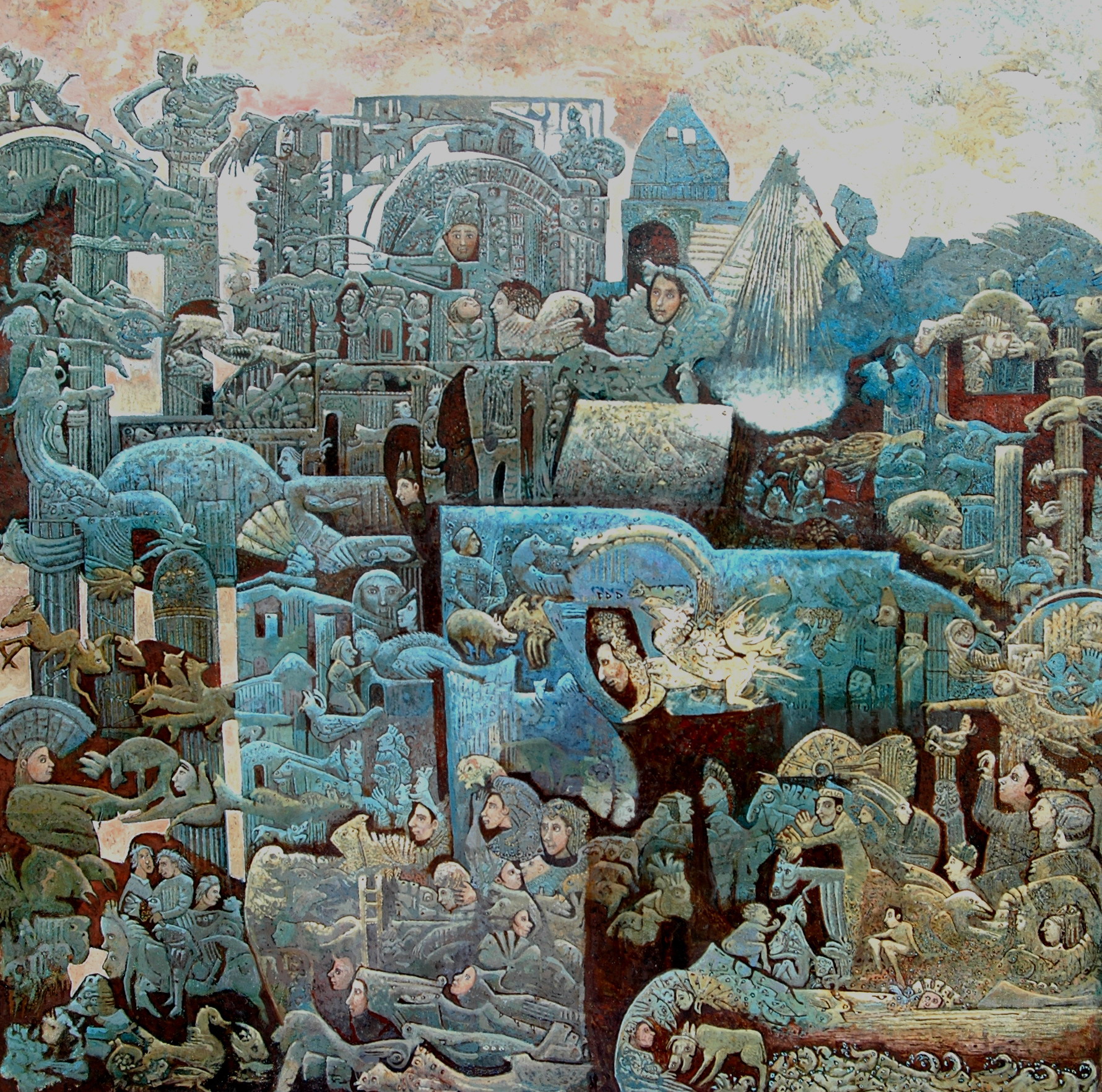 “First attracted by the figurative, she has been oriented for some years towards lyrical abstraction, focusing her work on color, gesture, letting go,” Patricia Suroy says. “His basic technique consists of an oil painting on canvas. She also keeps her inspiration alert to tackle new themes and tackle other dimensions. She first worked primarily on miniature on ivory which she abandoned in favor of oil painting. New beings appear unconsciously on his paintings taking the dimension of a wandering crowd, the vast majority of women whose eyes arise and challenge us with as much acuity. Adèle Bessy paints in a very personal, constantly evolving style.”

See more on her site. 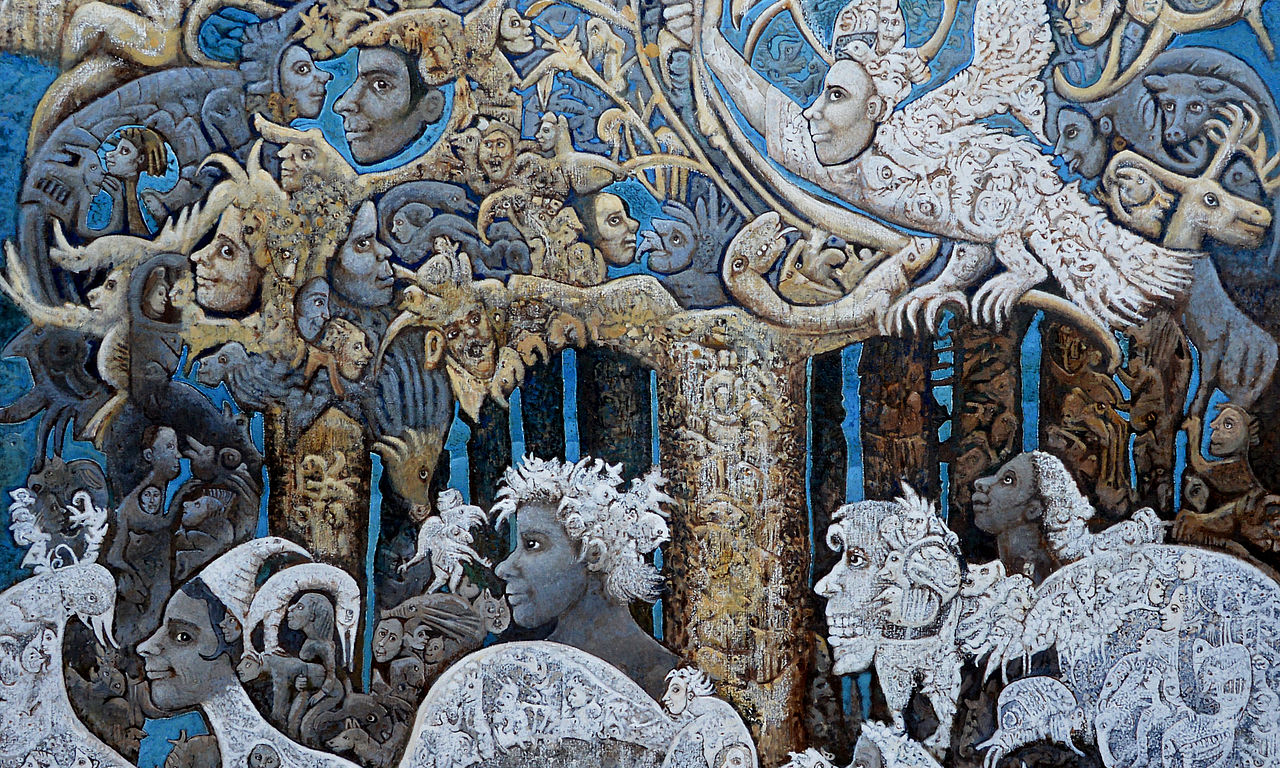 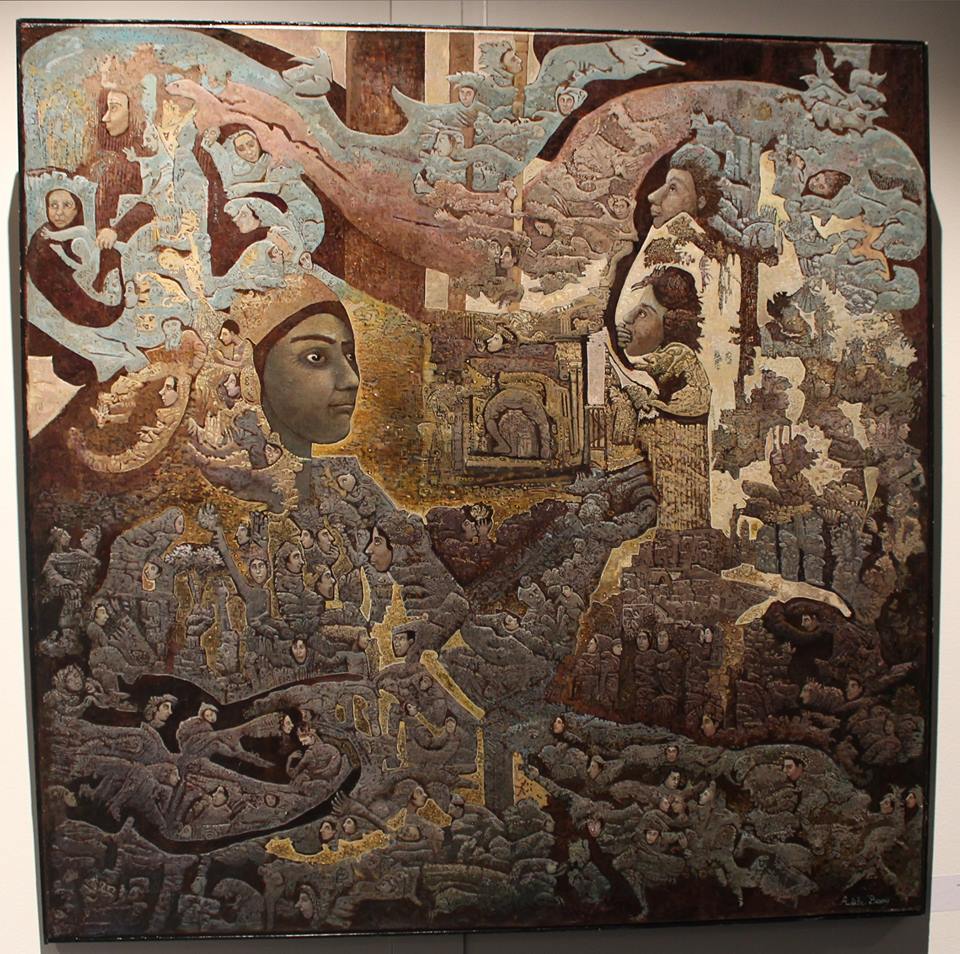 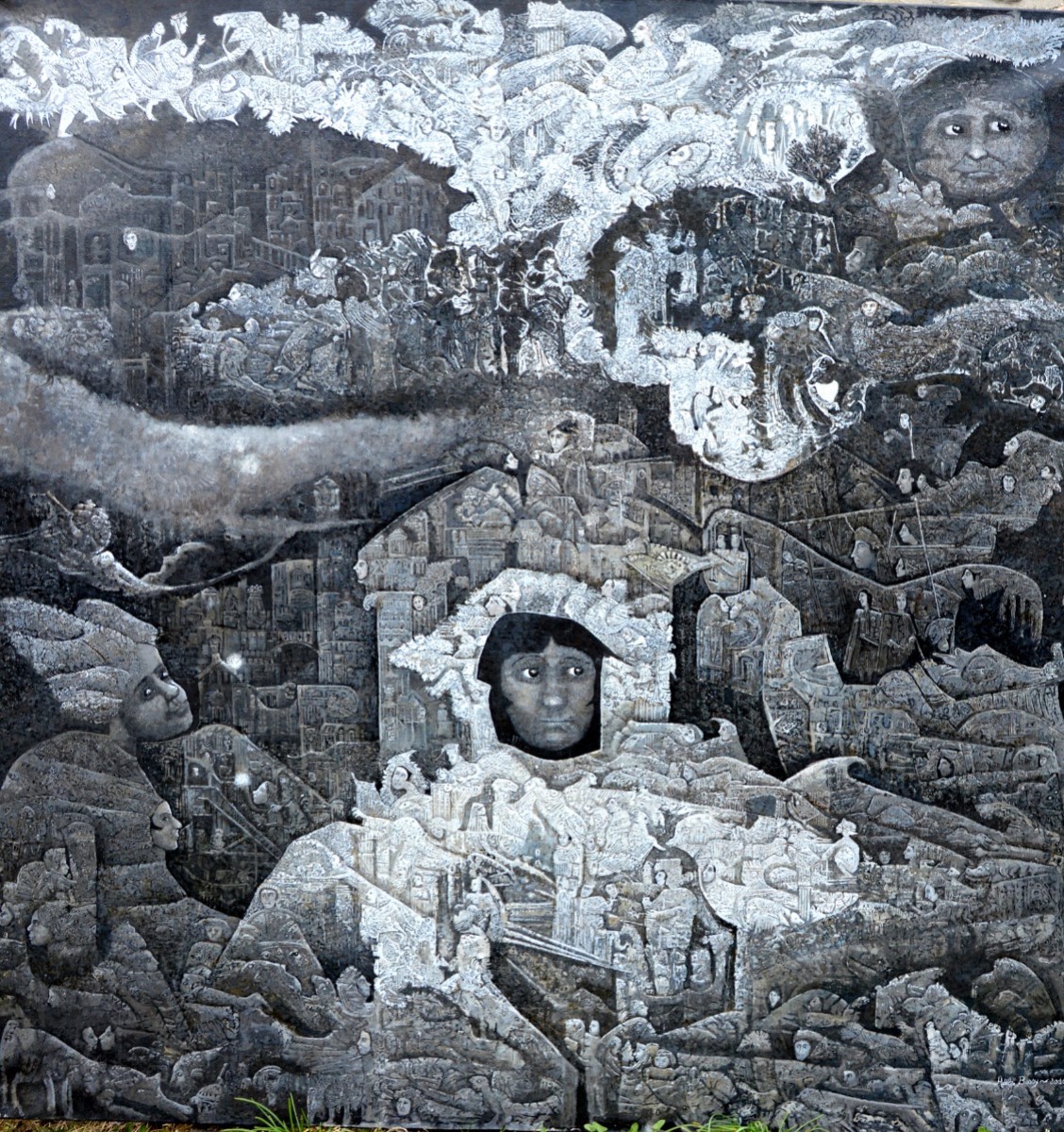 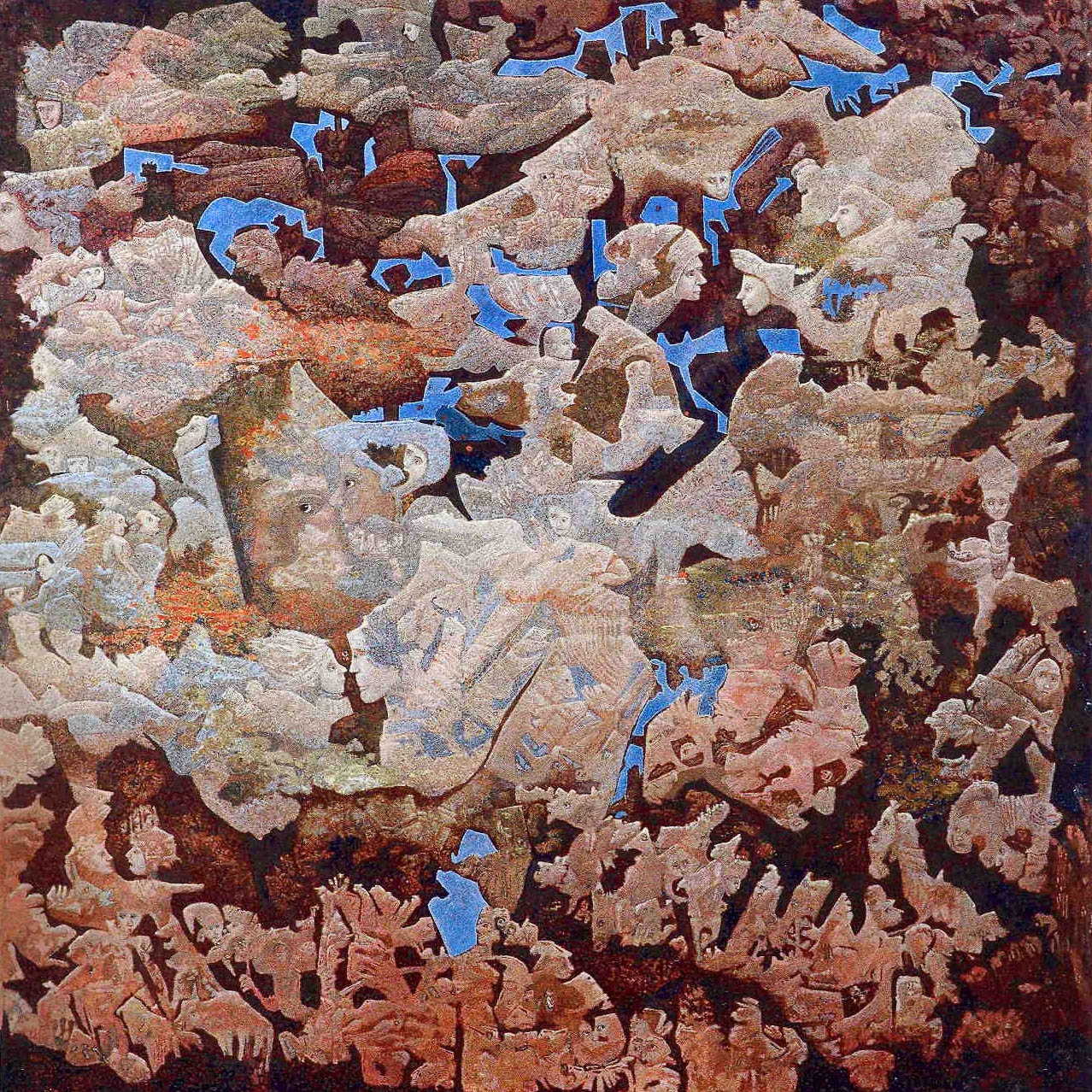