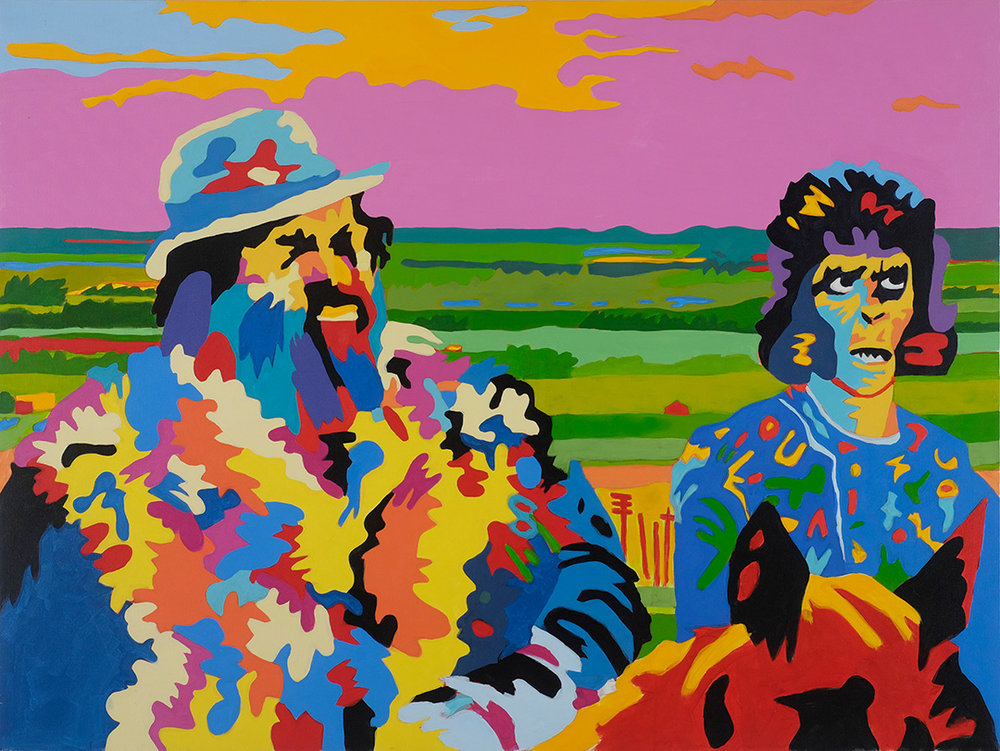 The paintings of Jean Paul Langlois blend memories of 1970s sci-fi and Westerns of his youth, while also exploring the artist’s connection to his own native and non-native roots. Within his Old West scenes, you may also see a character from “Planet of the Apes” or references to Saturday morning cartoons. His “Origin Stories” series, in particular, re-imagines “mundane family stories and re-interpreting them through a cinematic lens.” 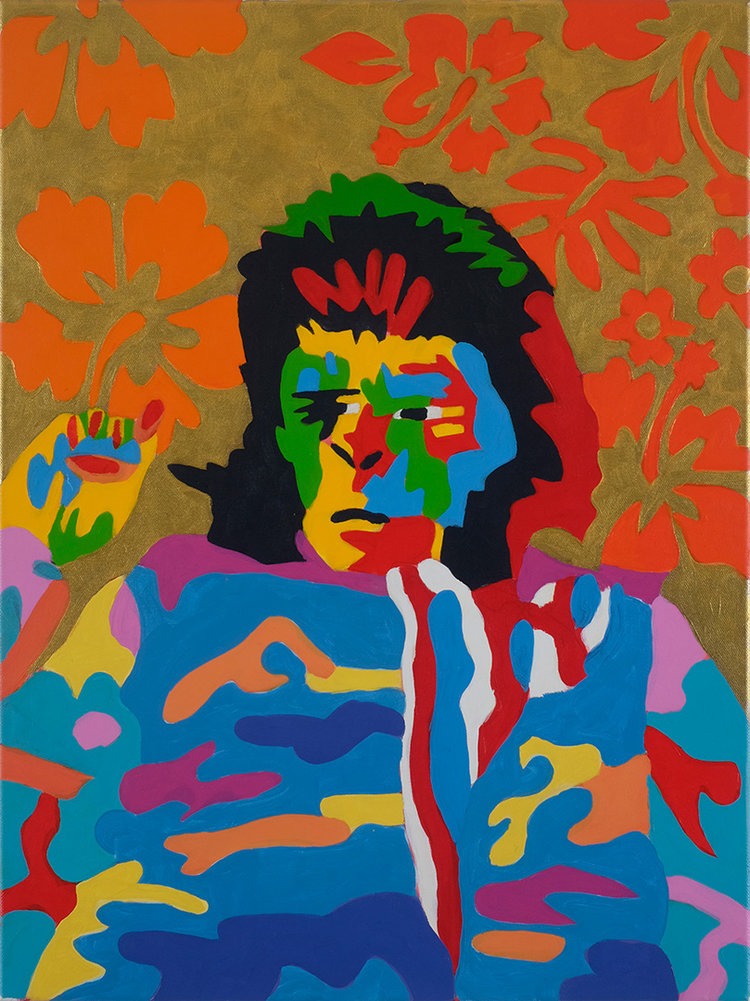 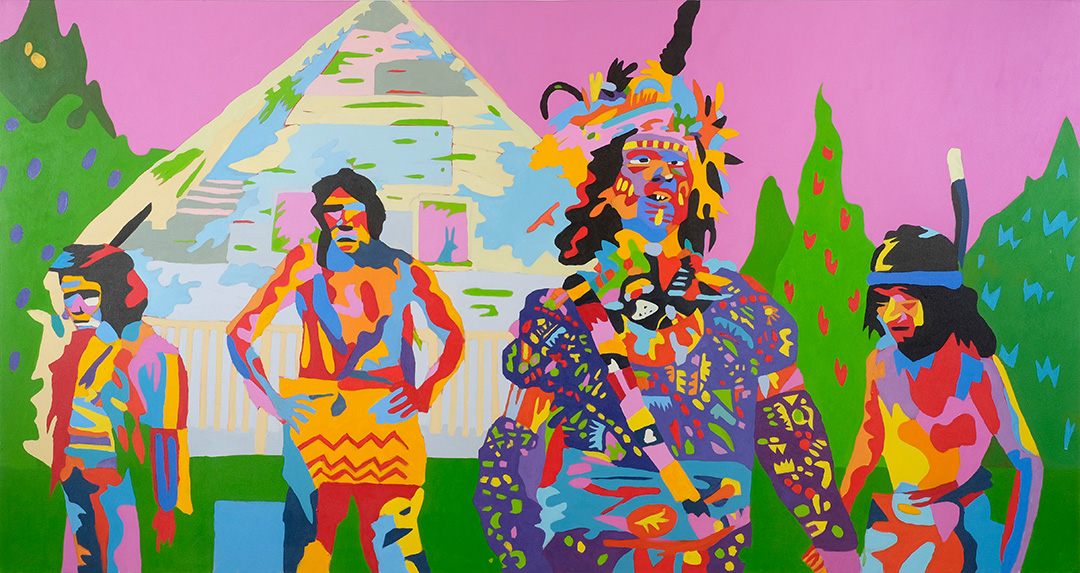 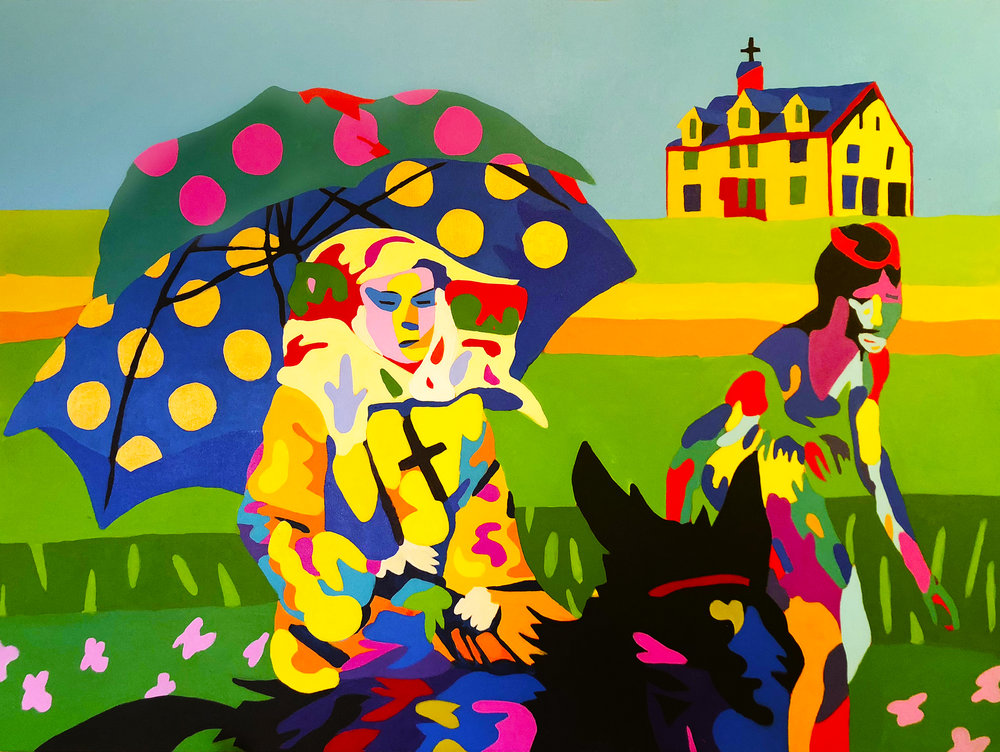 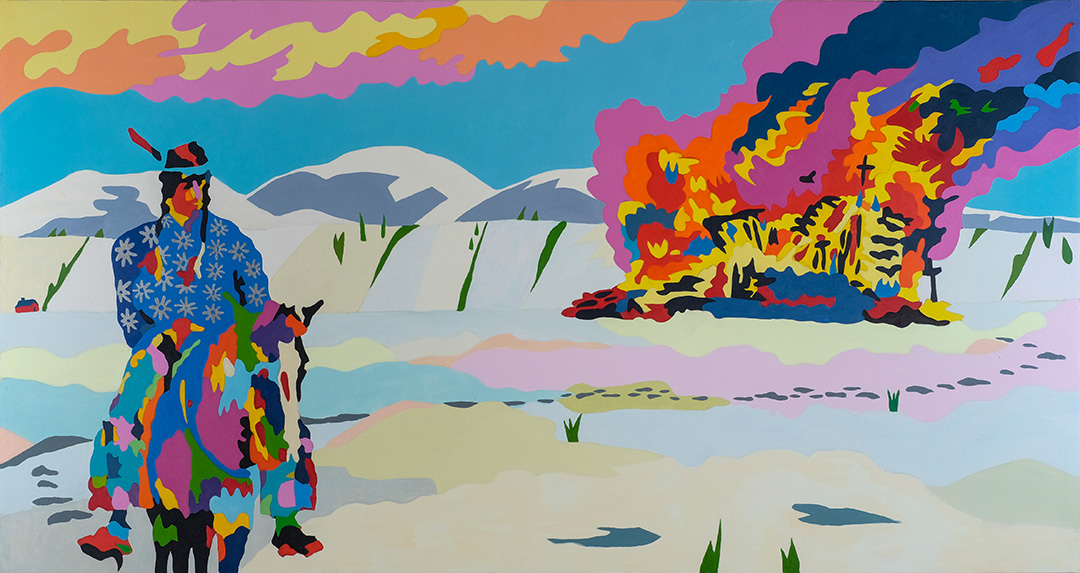 “Using ultra-saturated colours, references to art history and well-worn cinema tropes, he seeks to understand the alienation to his own cultural backgrounds, both indigenous and settler,” his site says. “His work is an examination of his own life, through the reinterpretation of family stories using characters and motifs from the pop culture he was weaned on. The result is a very recognizable style of familiar figures in their own world of bright colours and flattened space.”

See more on the painter’s site. 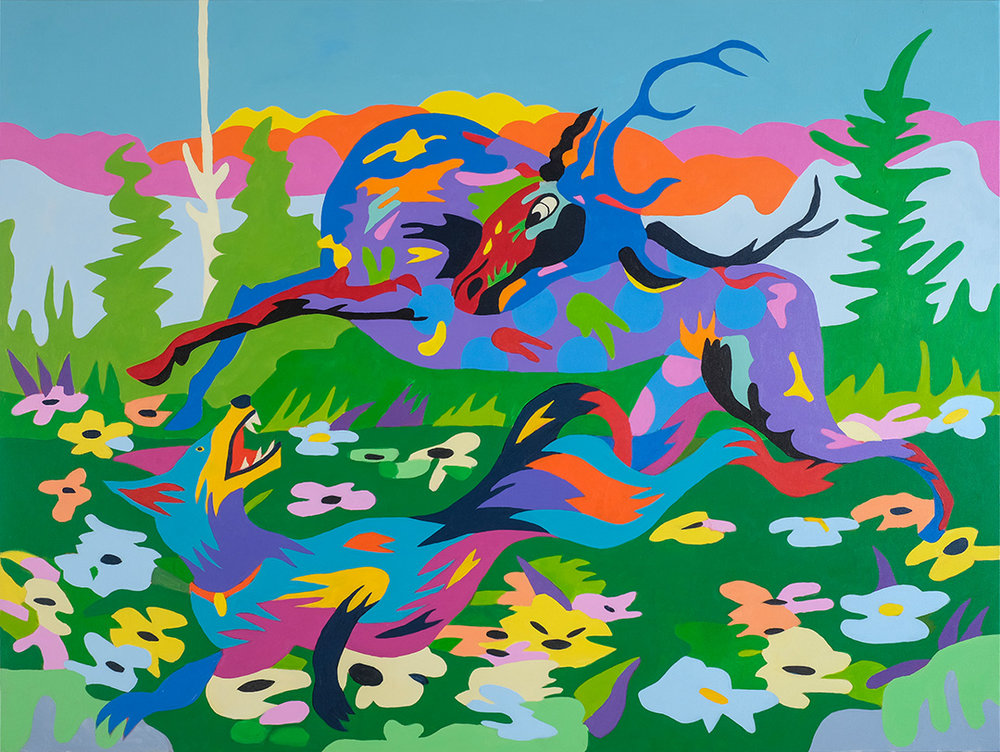 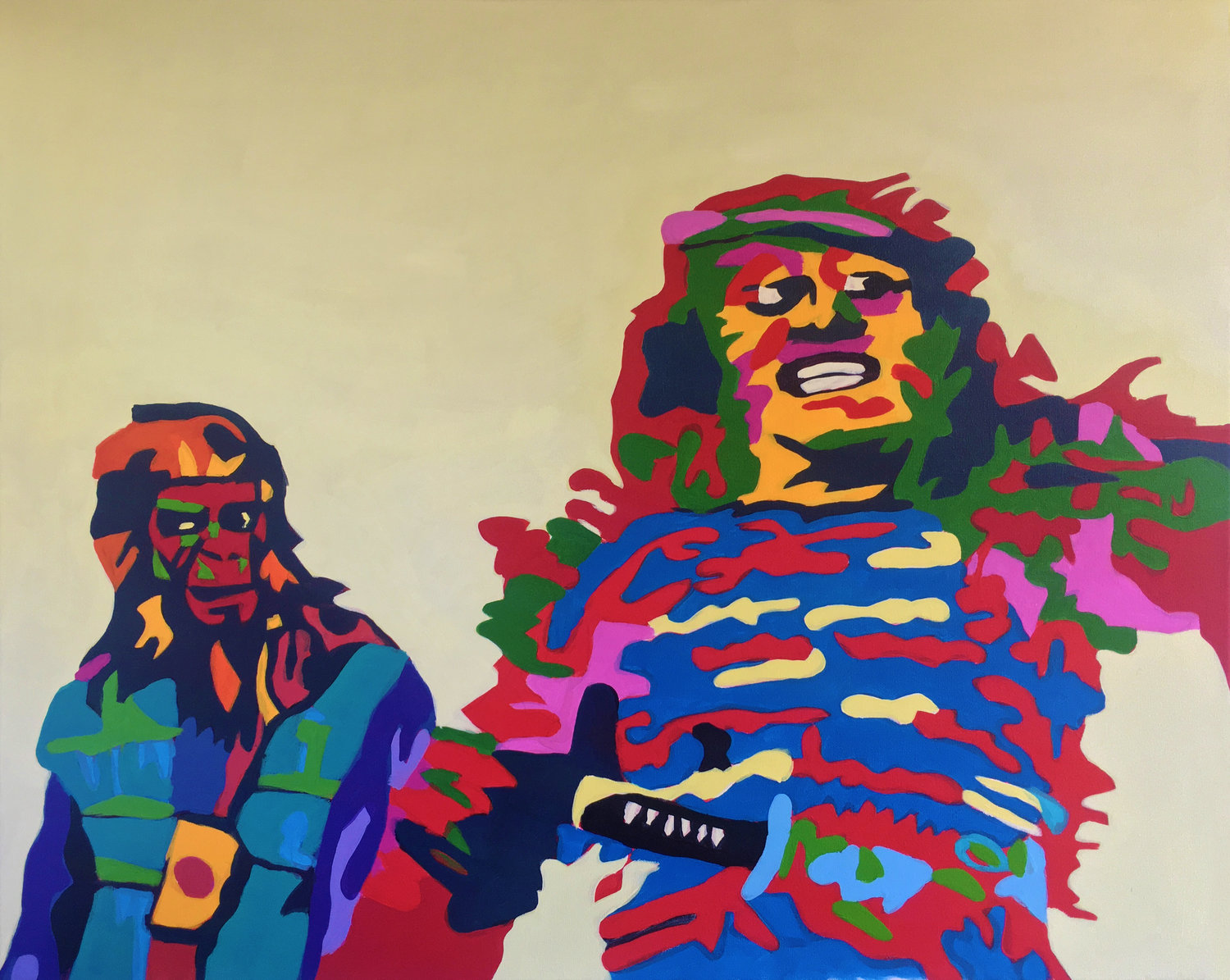 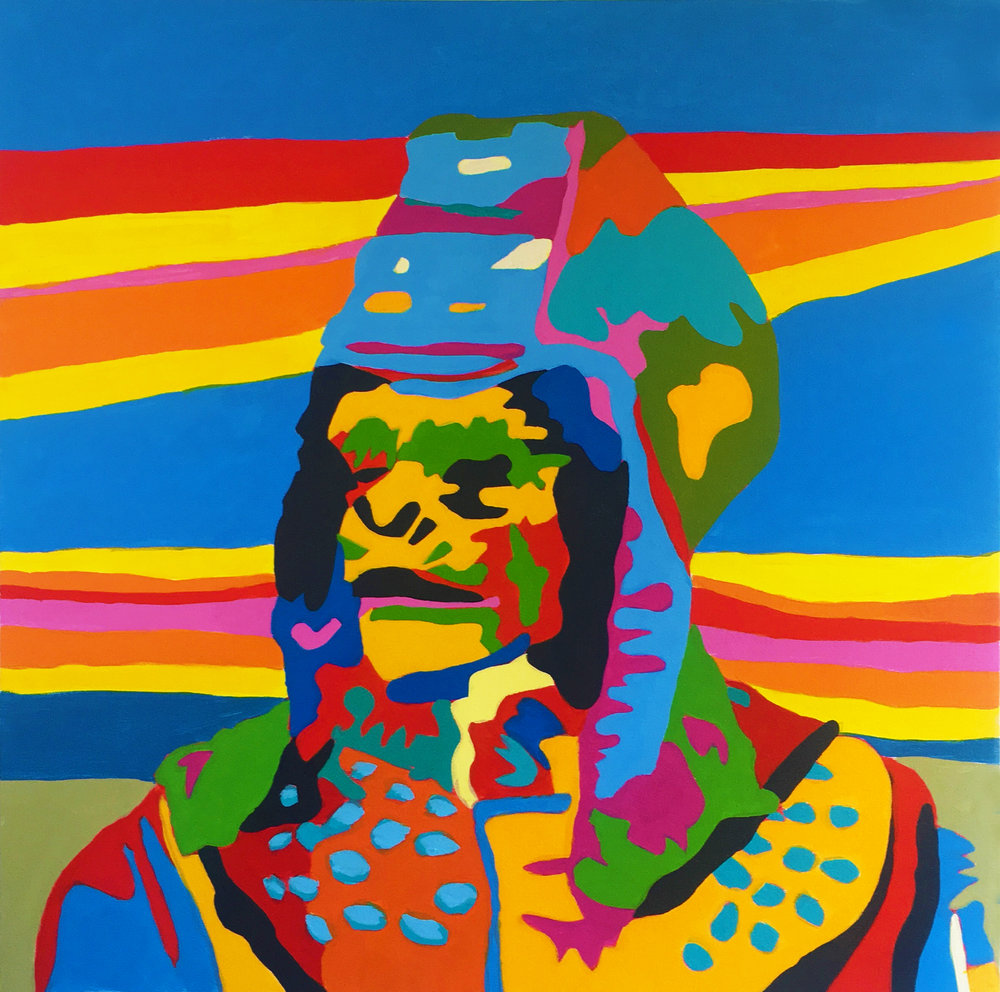 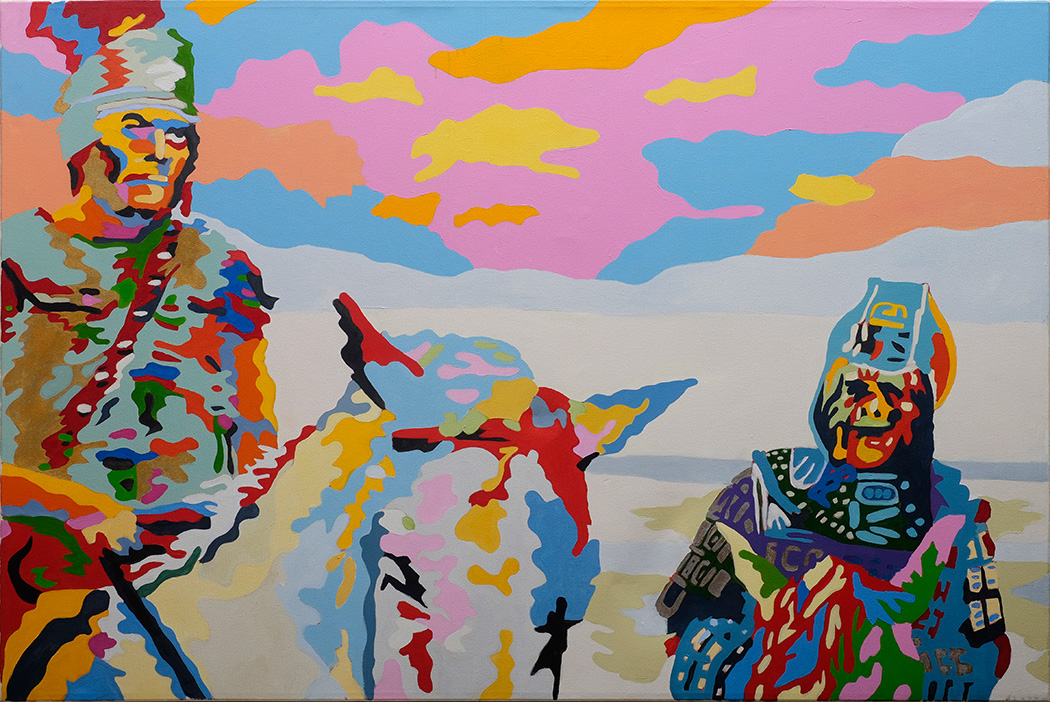 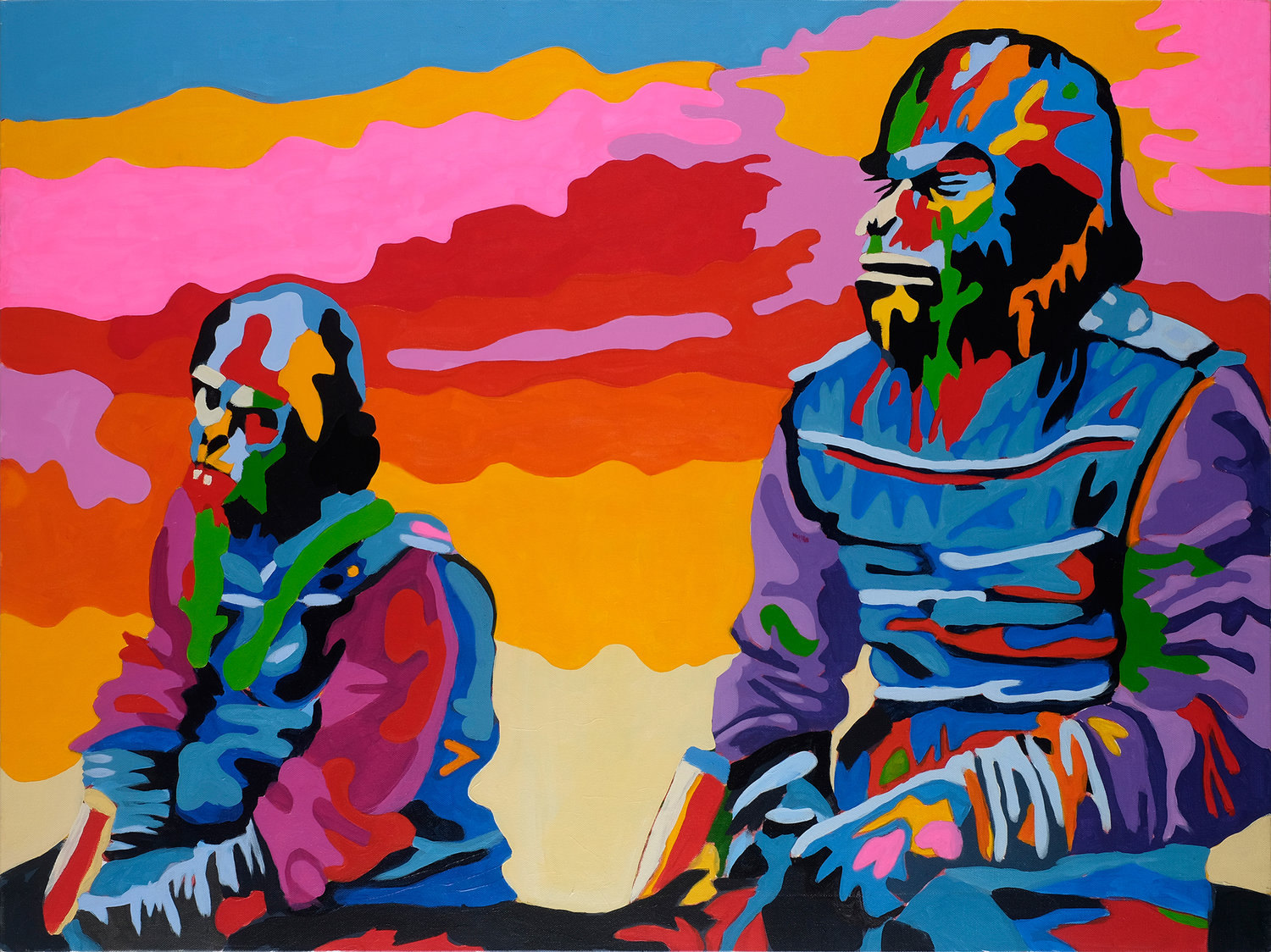