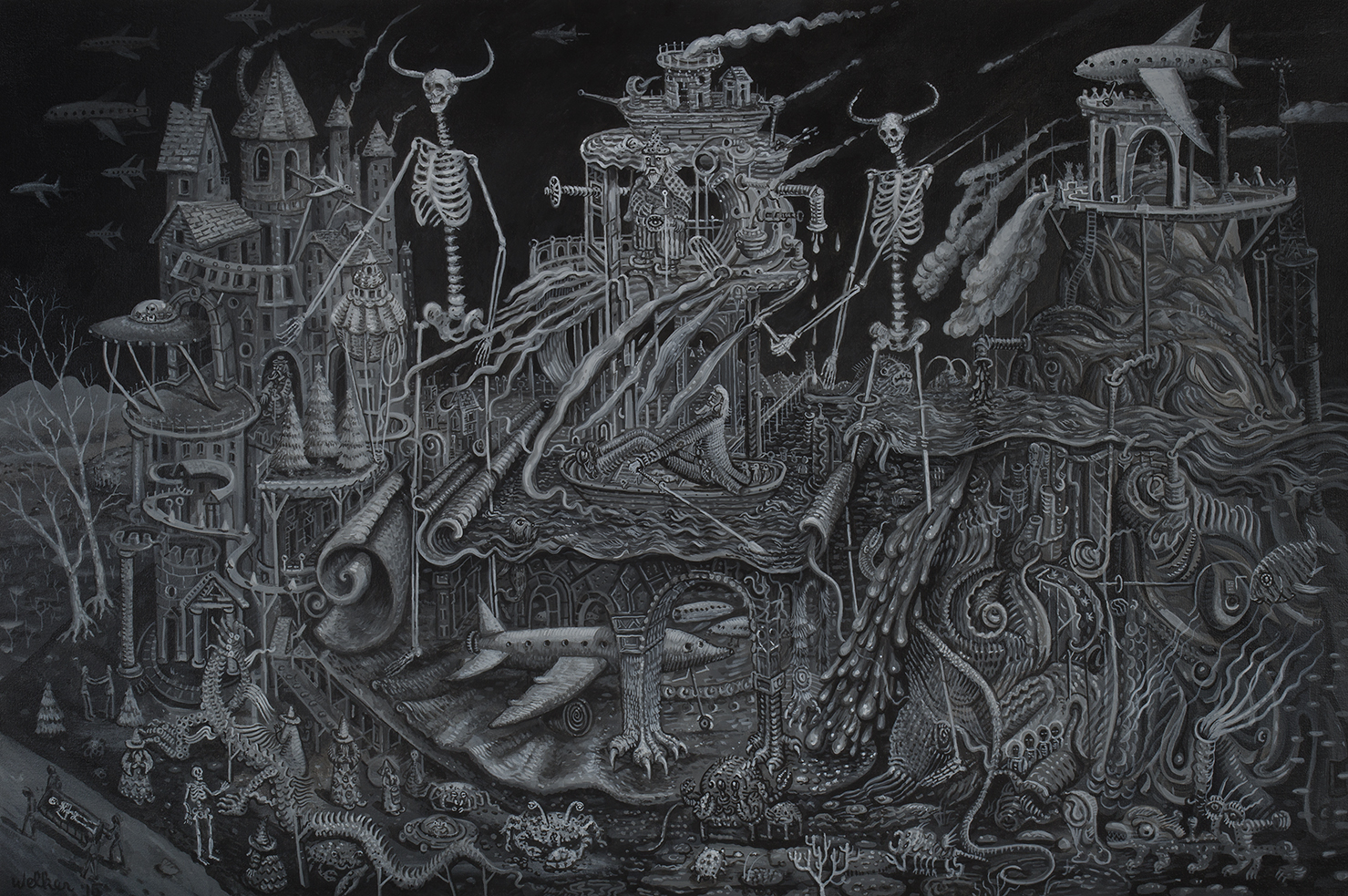 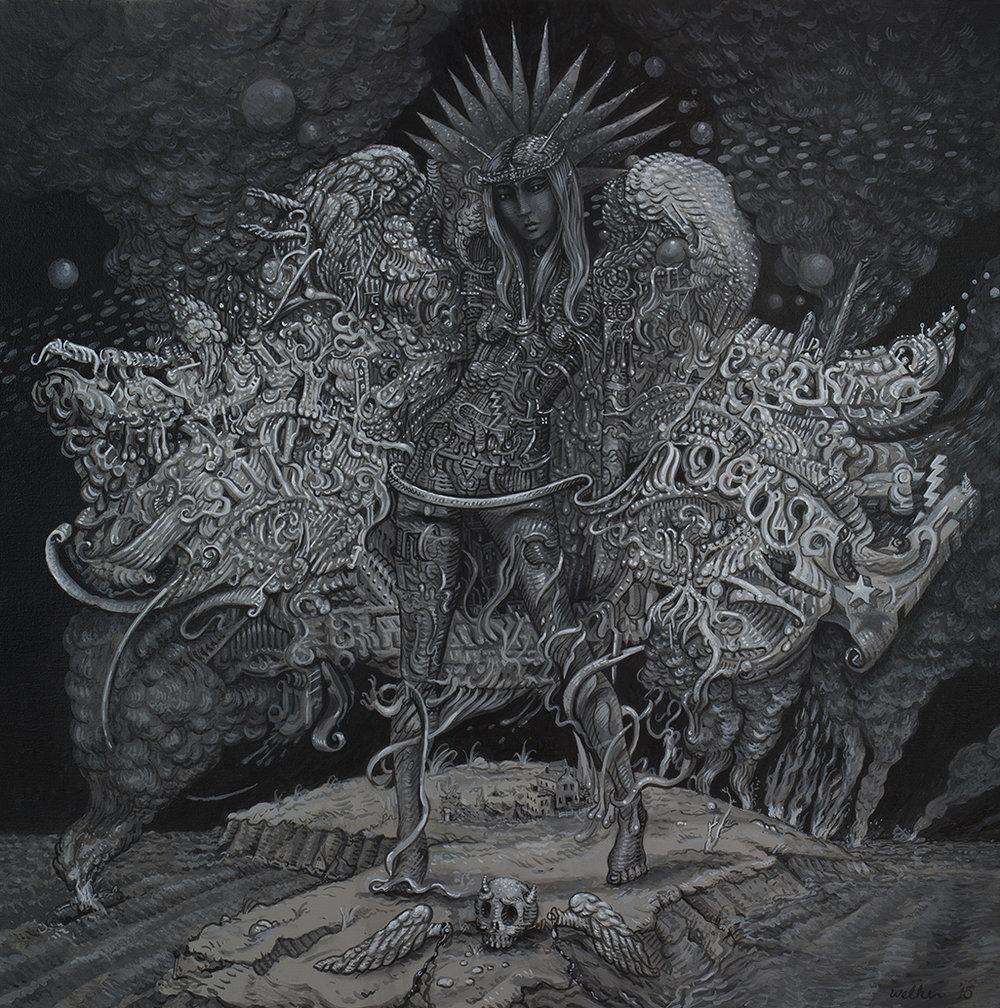 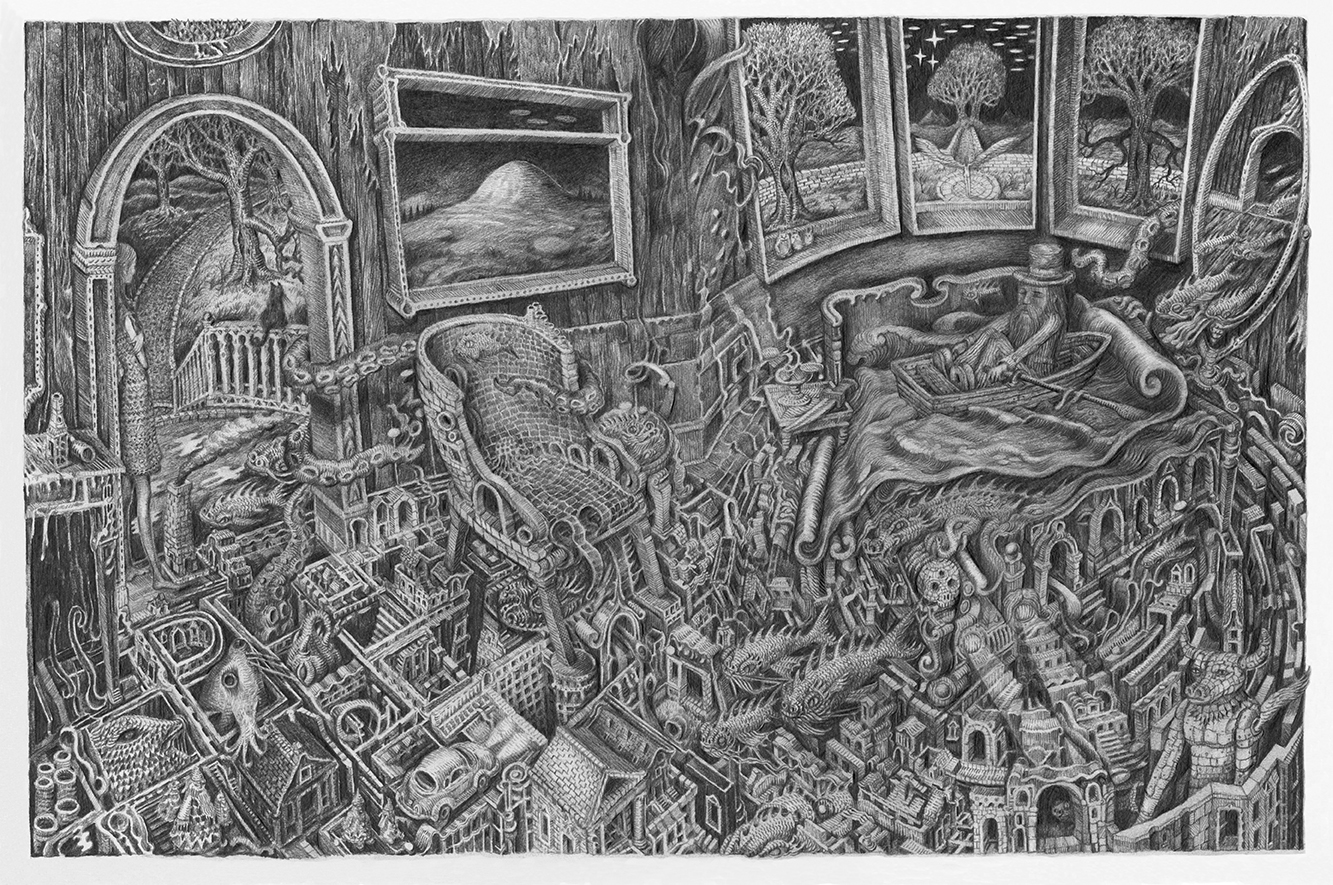 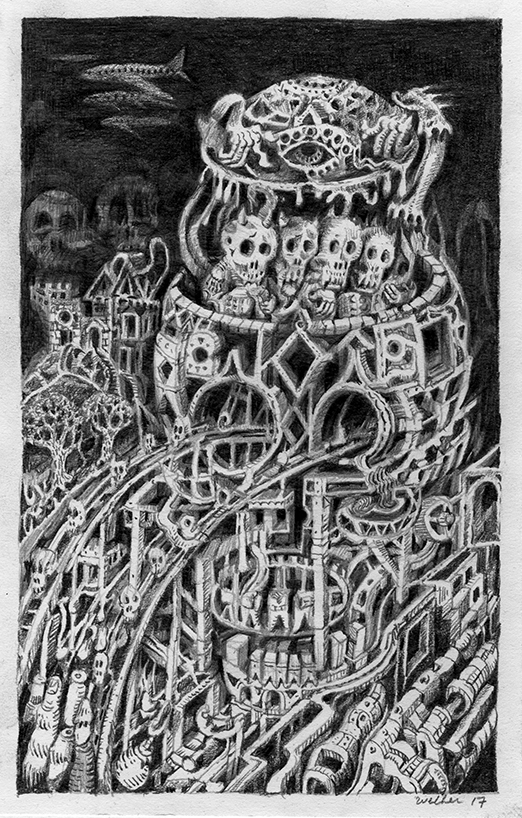 “Welker’s illustration style mixes depression era surrealism with a contemporary take on underground comix, and his hand rendered lettering is an uncanny blend of 19th Century sign typography mixed with equal amounts of modern graffiti,” his site says. “His career has followed a path of experimentation and genre jumping taking him from the top of the landscape mural scene to the top of the concert poster scene in just a few years. Welker is now setting his sights on the gallery world as he continues to express all of his varied influences in a unified visual aesthetic which combines his deep appreciation of early 20th Century surrealism with his love of pervasive pop culture.” 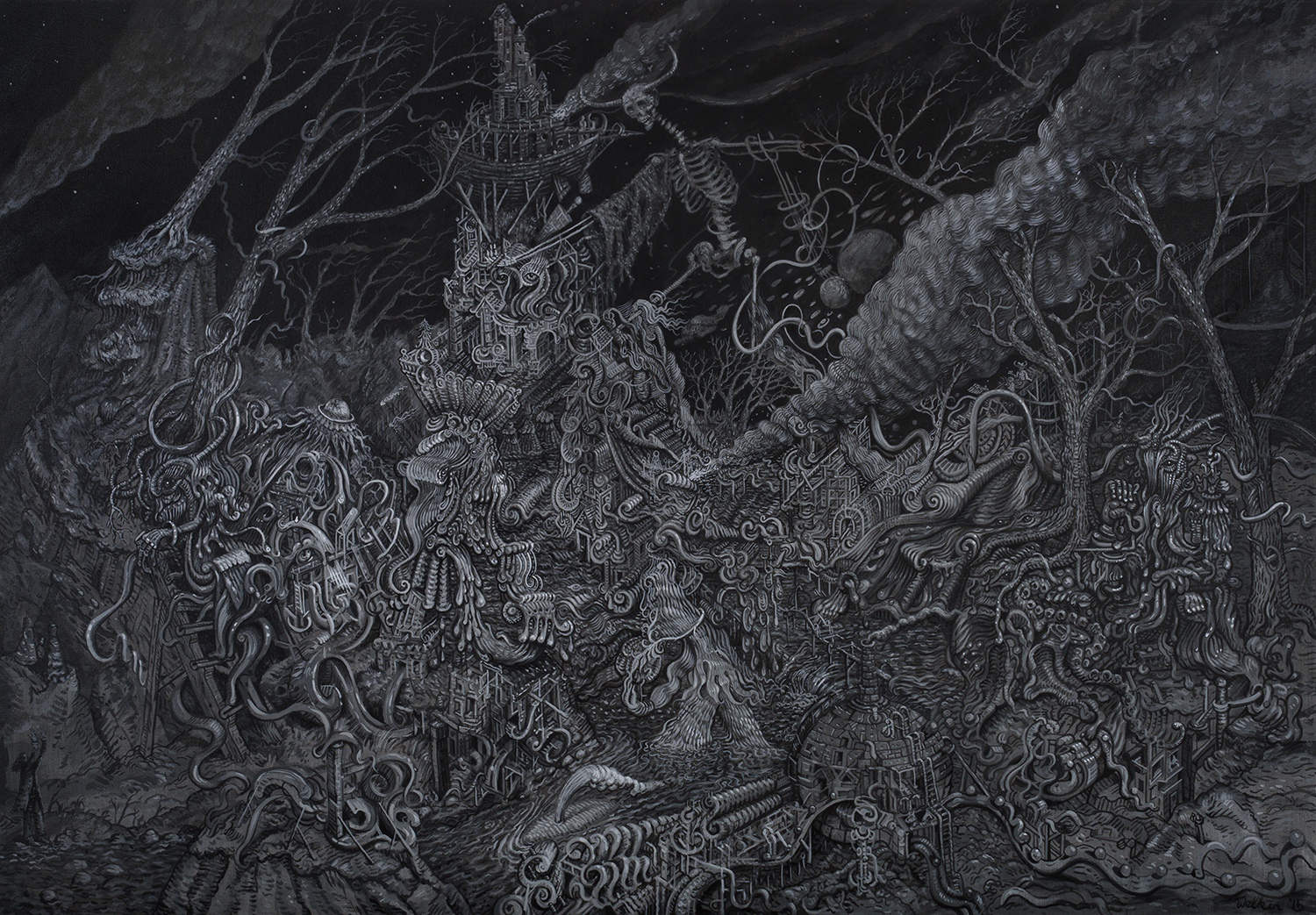 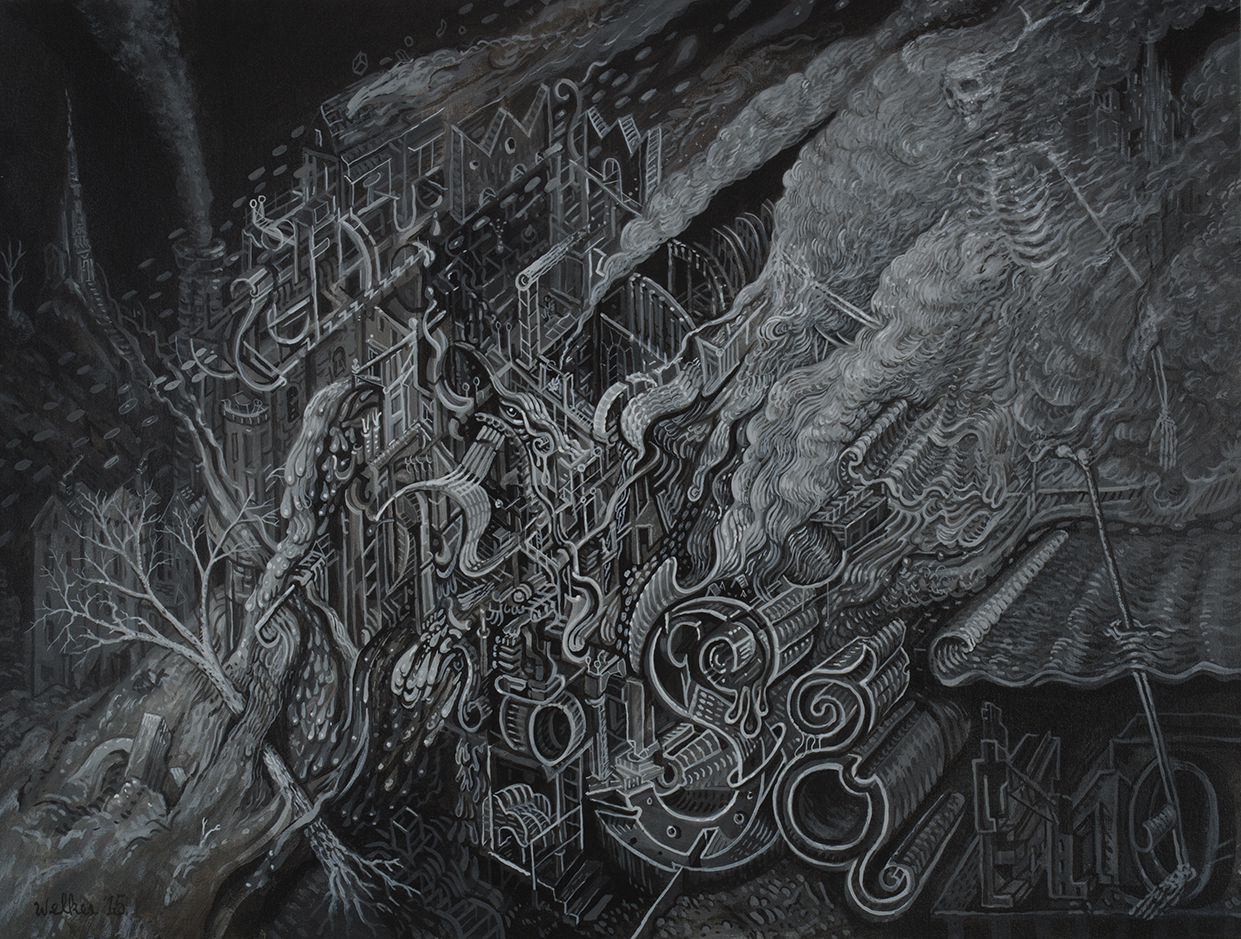 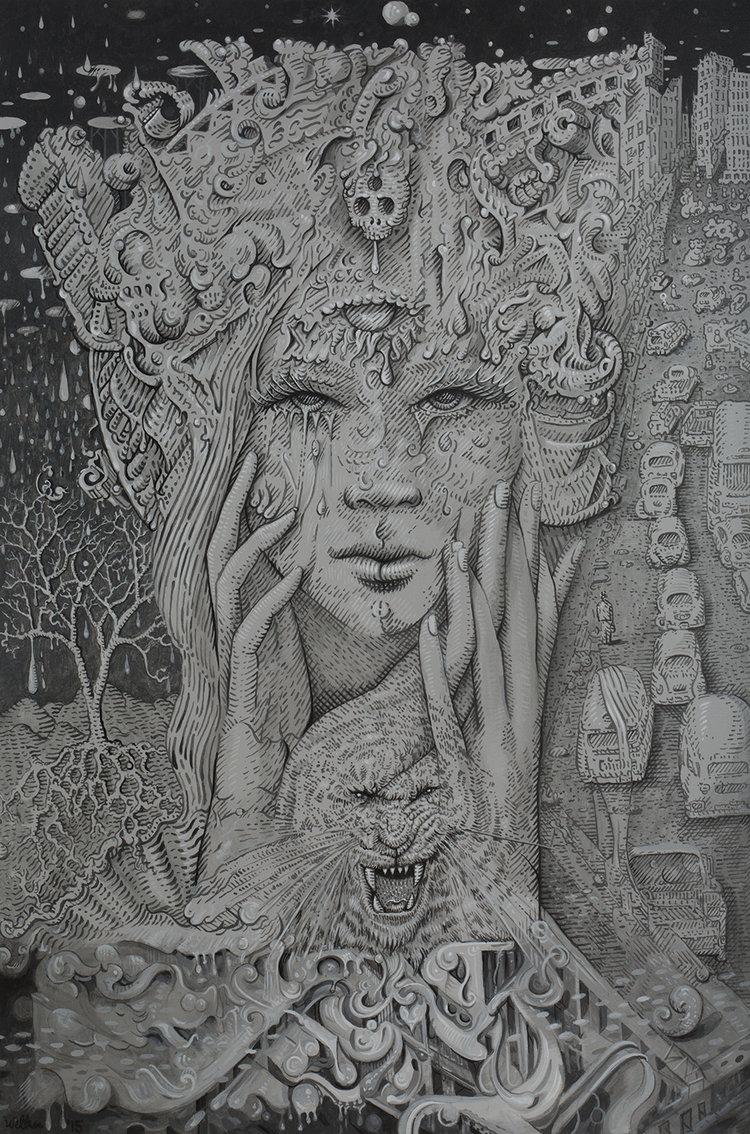