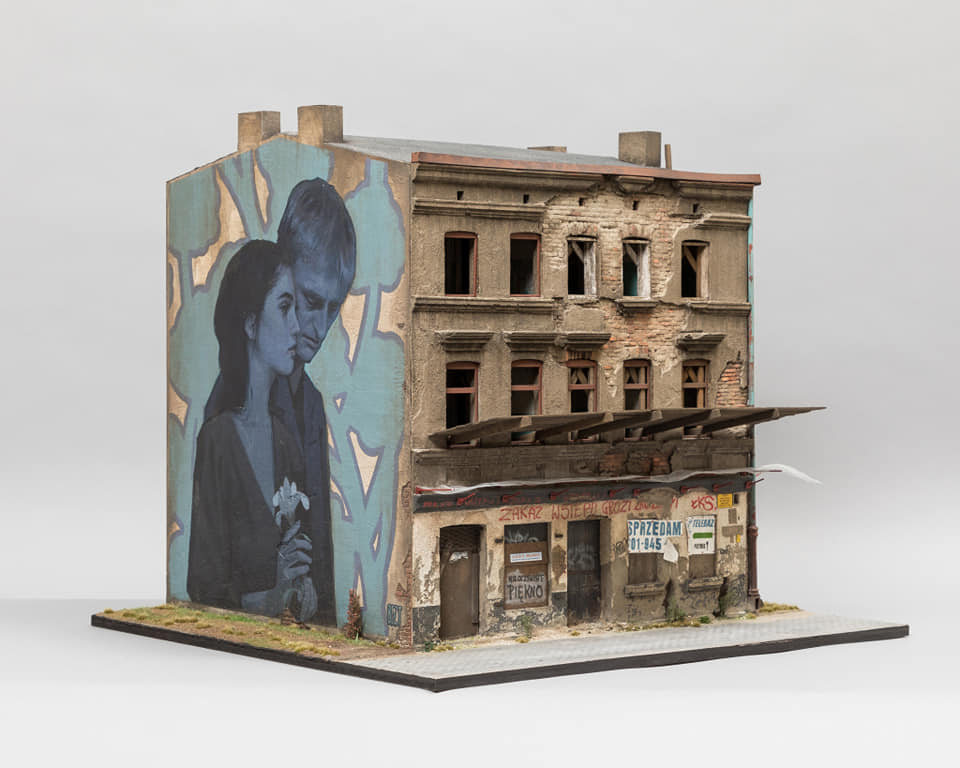 Joshua Smith, known for his captivating miniatures, recently worked with muralist Bezt of Etam Cru on a collaborative sculpture. Smith says it’s the first of a series he plans on doing in this vein. For this particular work, Smith based the building off of a structure in Bezt’s home of Lodz, Poland. (Smith was last featured on our site here, while Bezt was last shown here.) The piece will be shown in an upcoming group show at KIRK Gallery, titled “Up the Wall.” 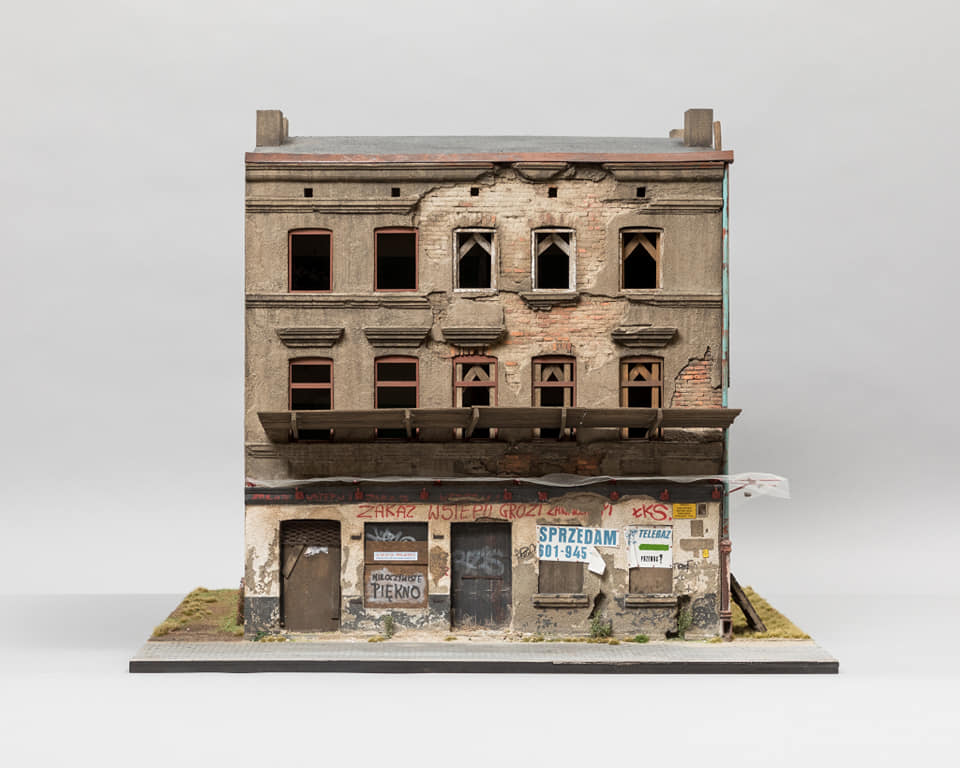 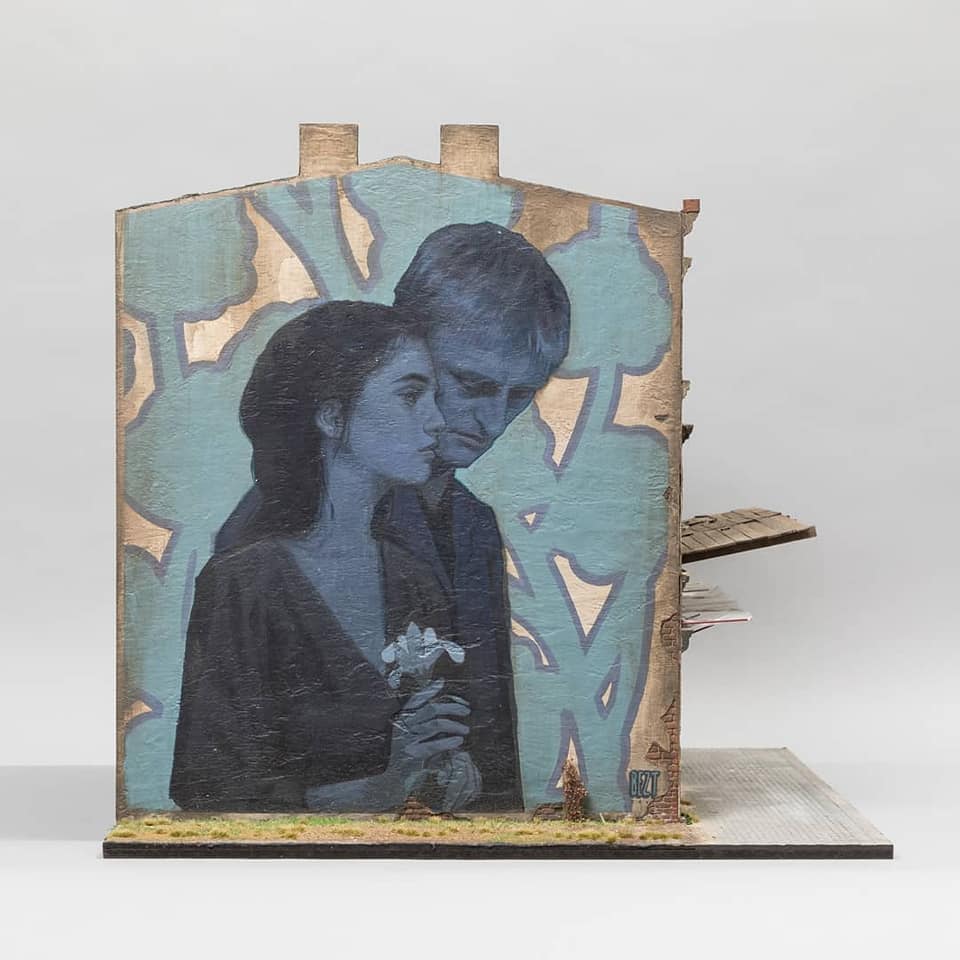 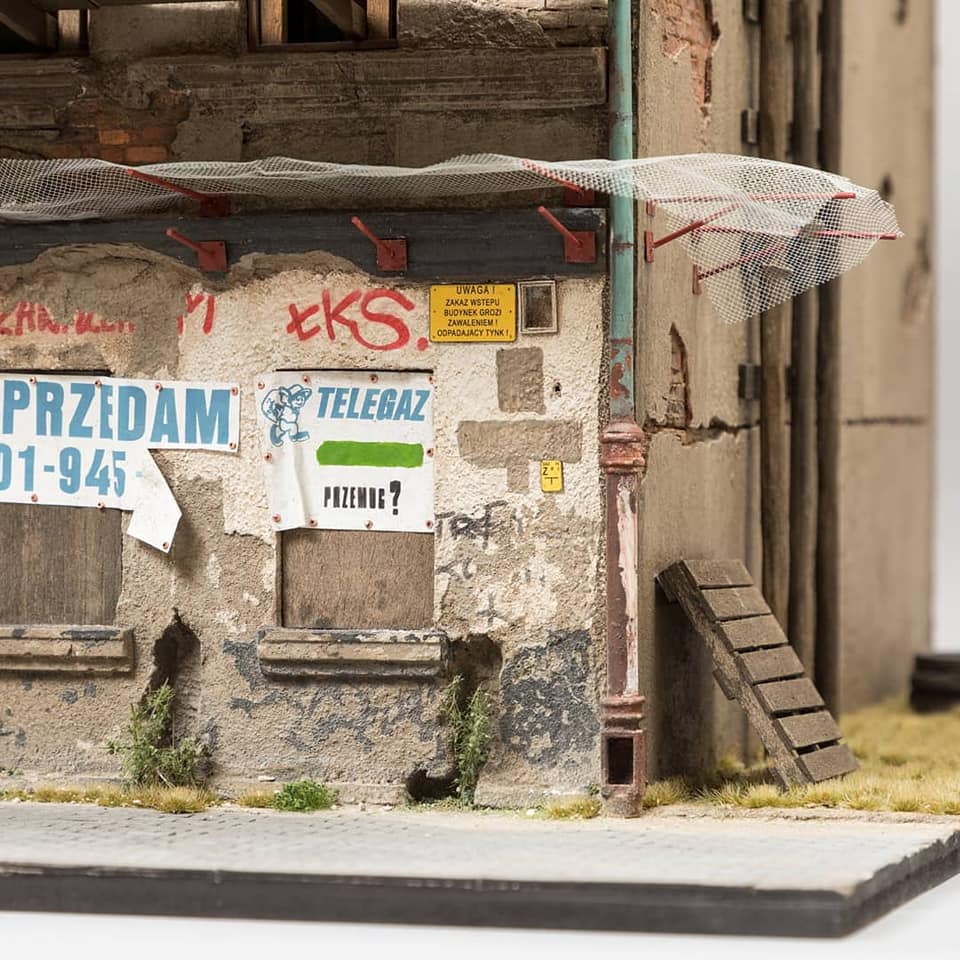 “Working in secret the two of us worked on the project on and off since then,” Smith says. “Initially I created a section of wall to ship to Bezt to paint then have it sent back to attach to the rest of the building. For the last 2 months I’ve been working non stop working up to 18 hour days building the rest of the building going so far as to build the interior and creating actual miniature bricks and making moulds to cast exterior details in plaster.”

Find more of Smith’s work below or on his site. 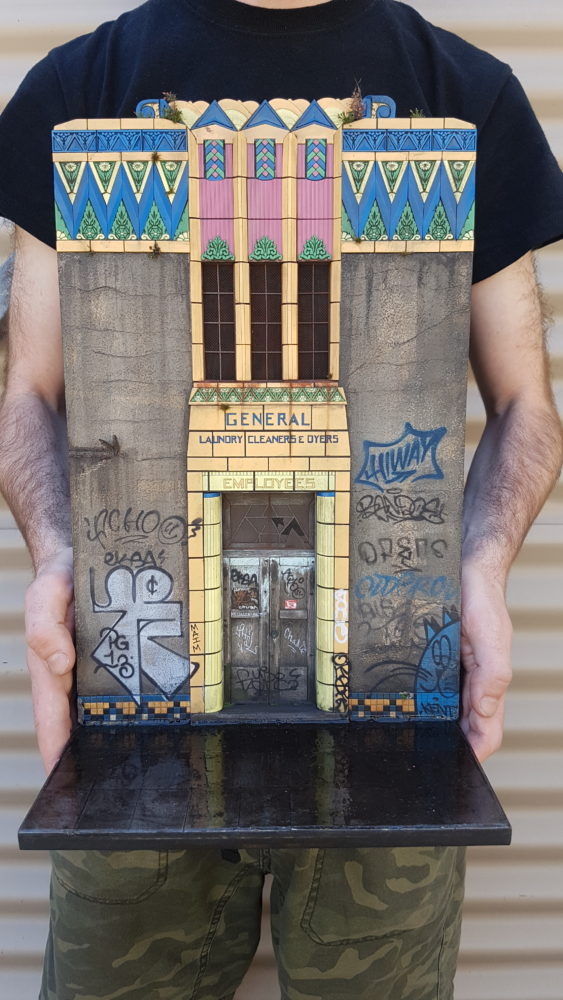 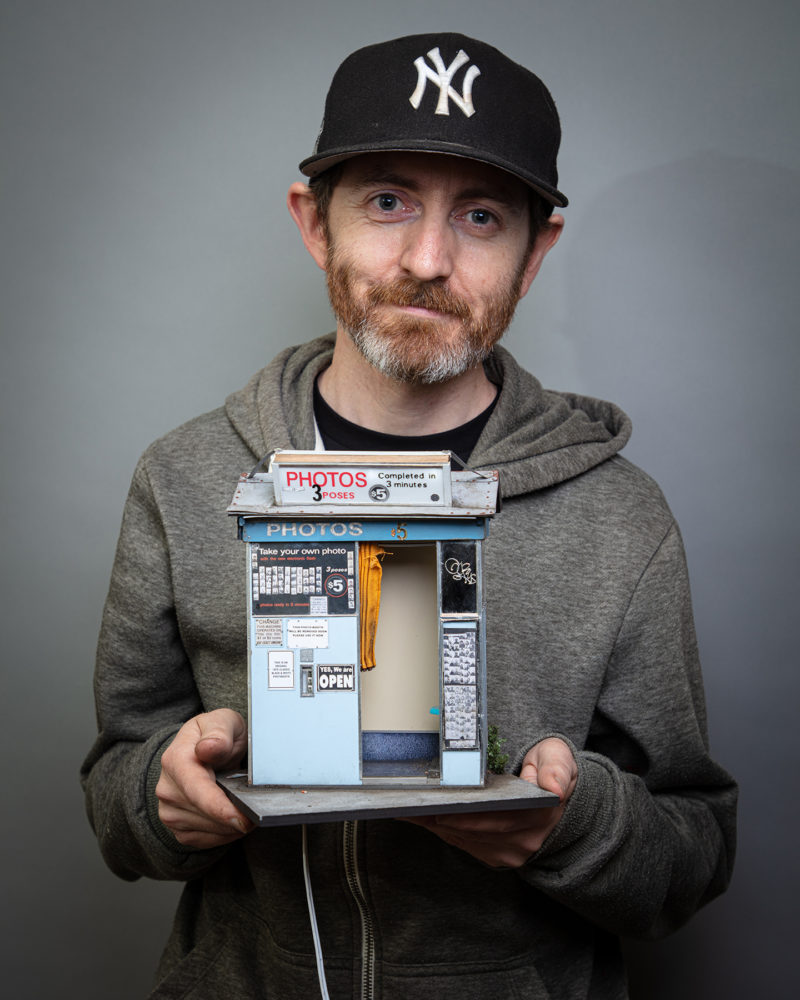 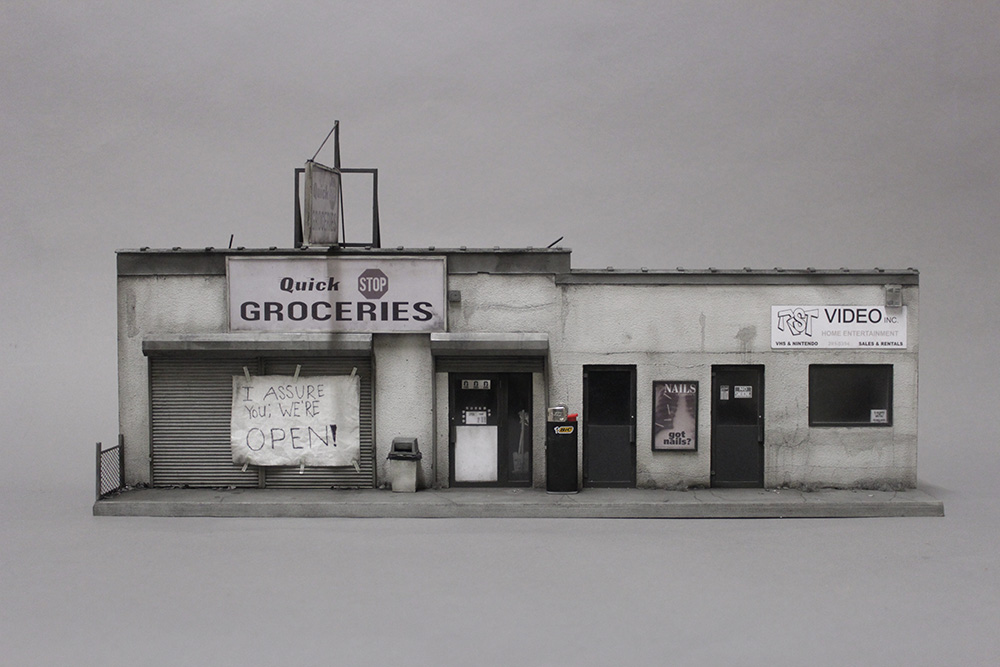 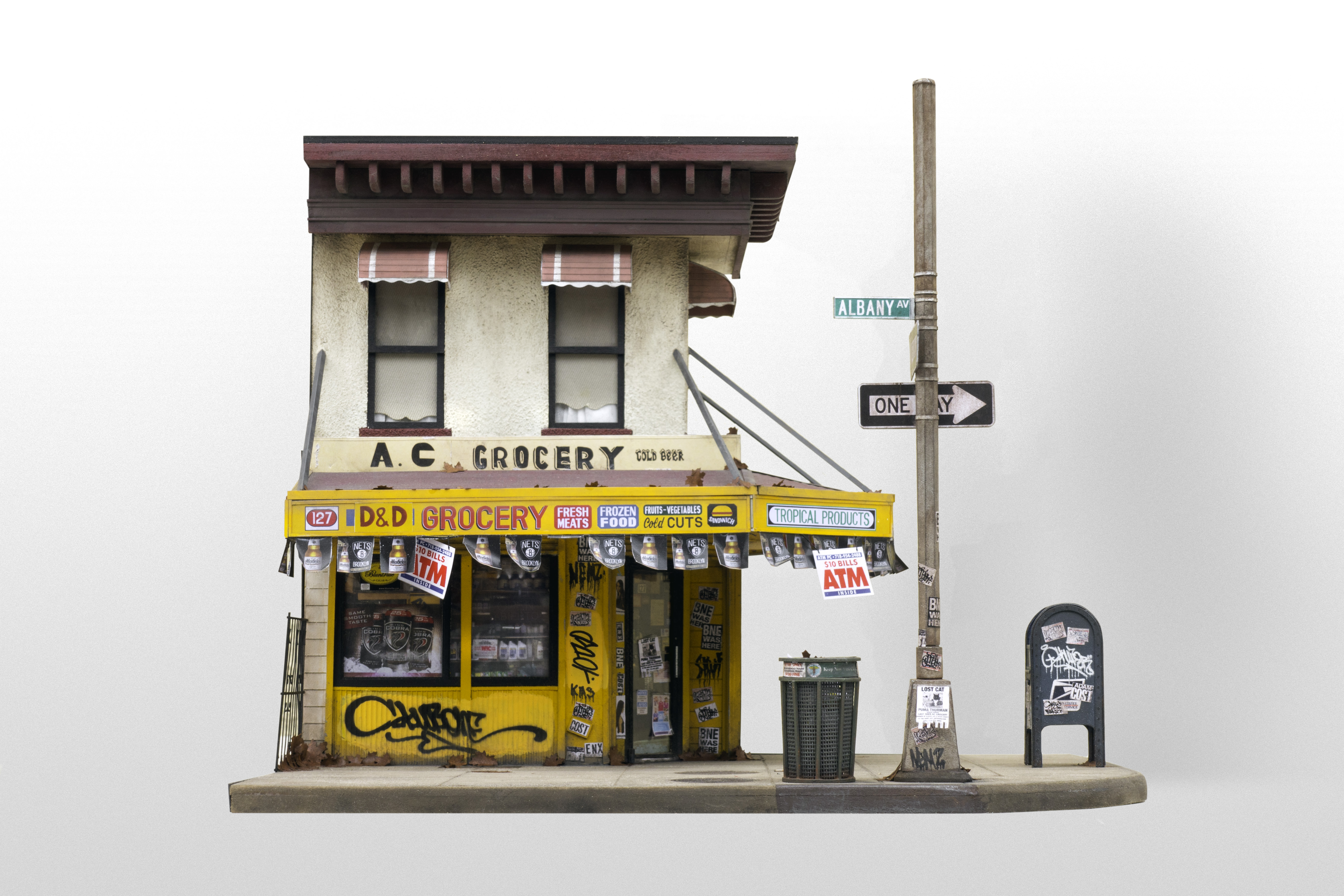 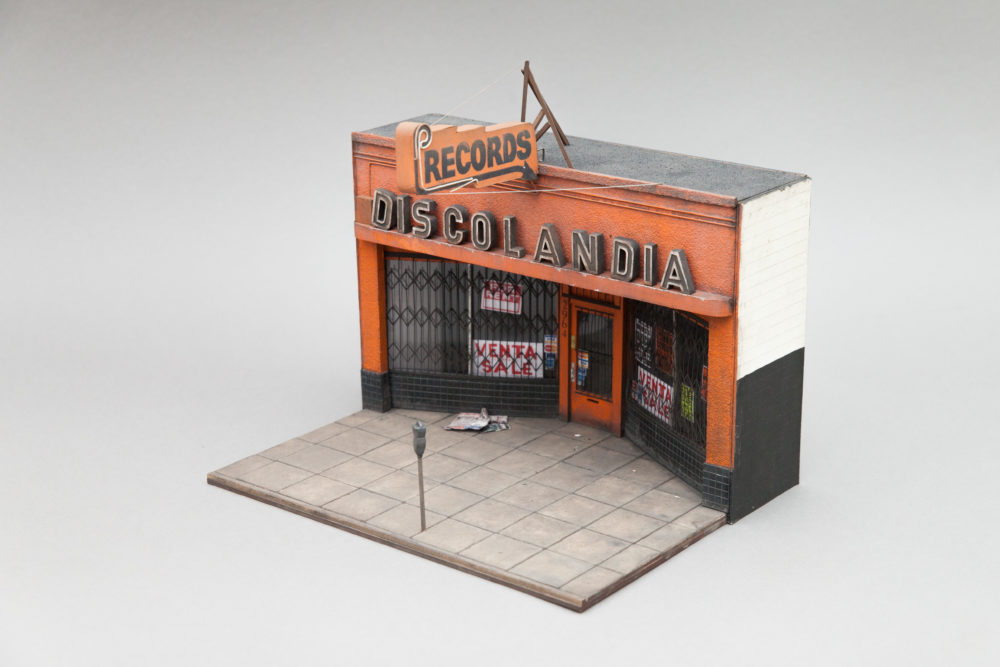