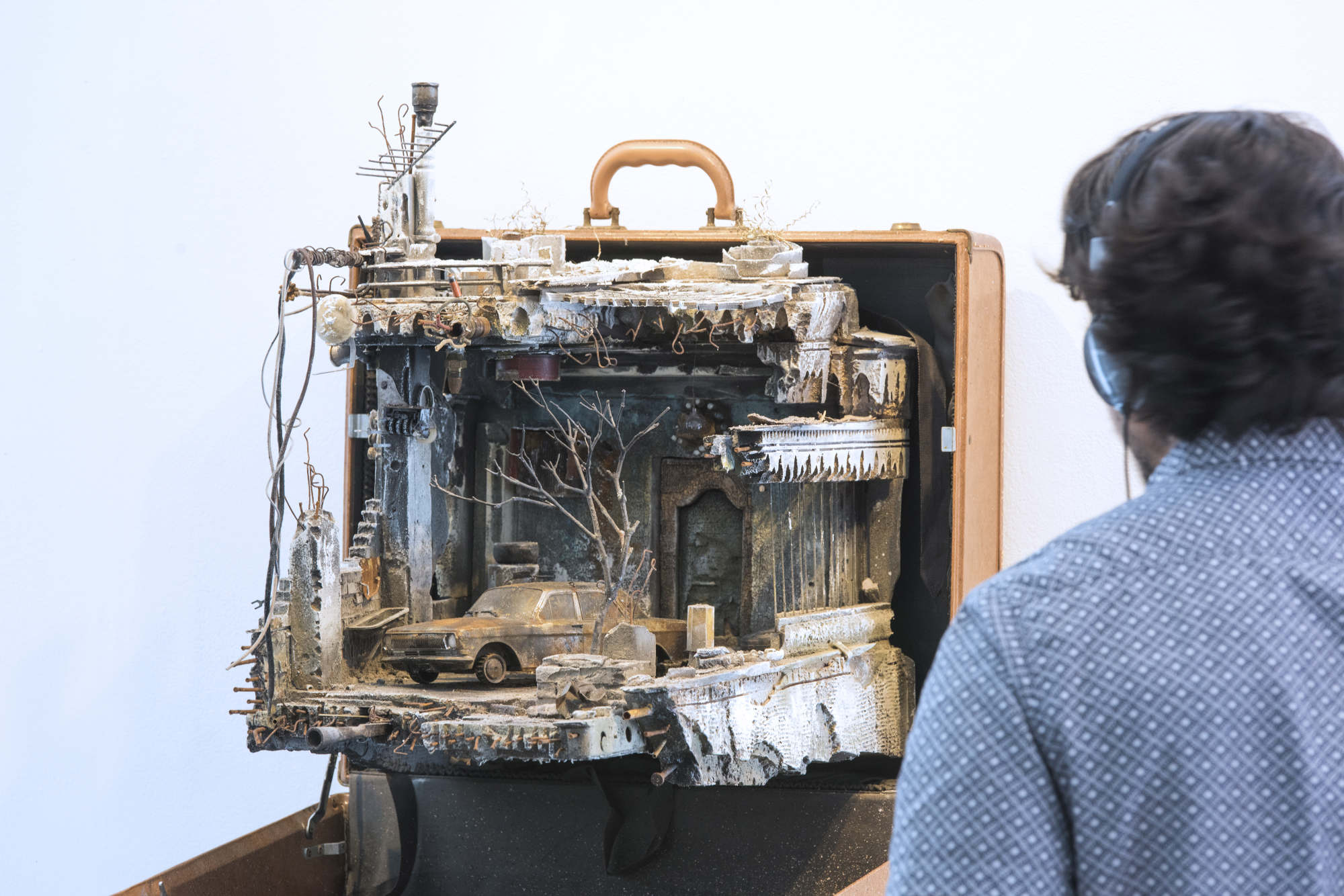 Artist/architect Mohamad Hafez uses found objects and scraps to craft politically and socially charged Middle Eastern streetscapes. His “UNPACKED: Refugee Baggage” series adds an audio component, with the sculptures of homes and other structures existing inside open suitcases. The narratives offered are of real people from Afghanistan, Iraq, Sudan, Congo, and elsewhere. 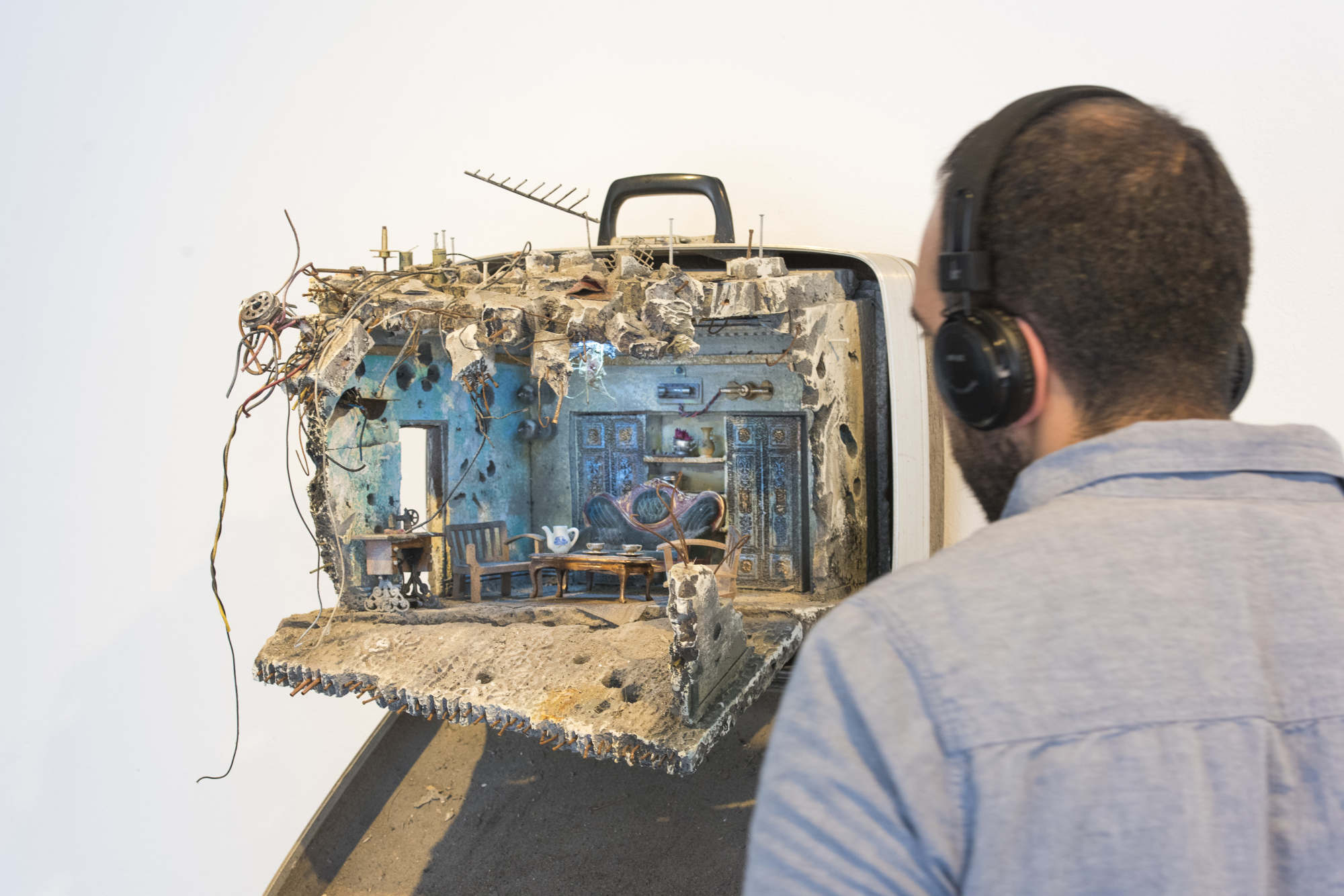 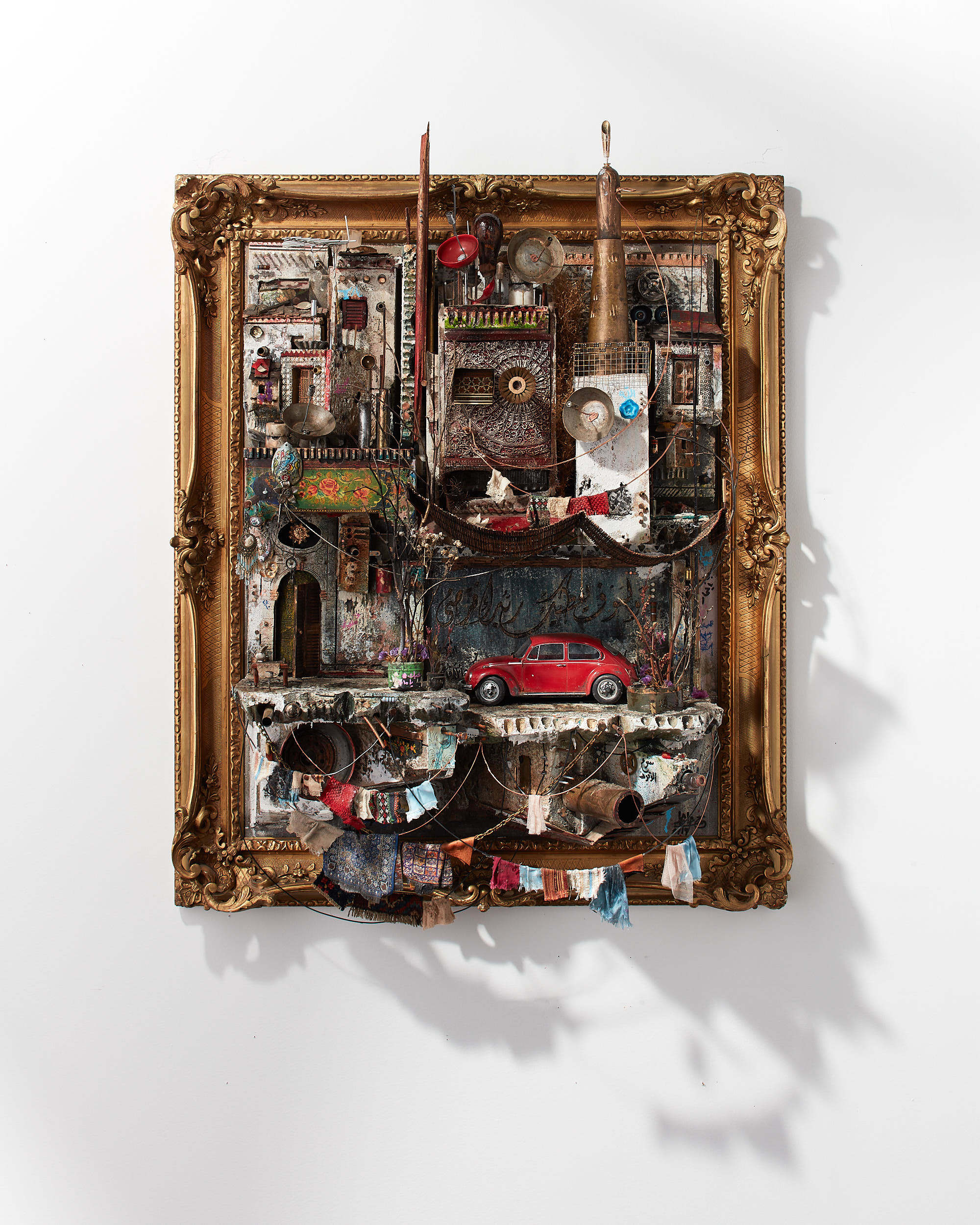 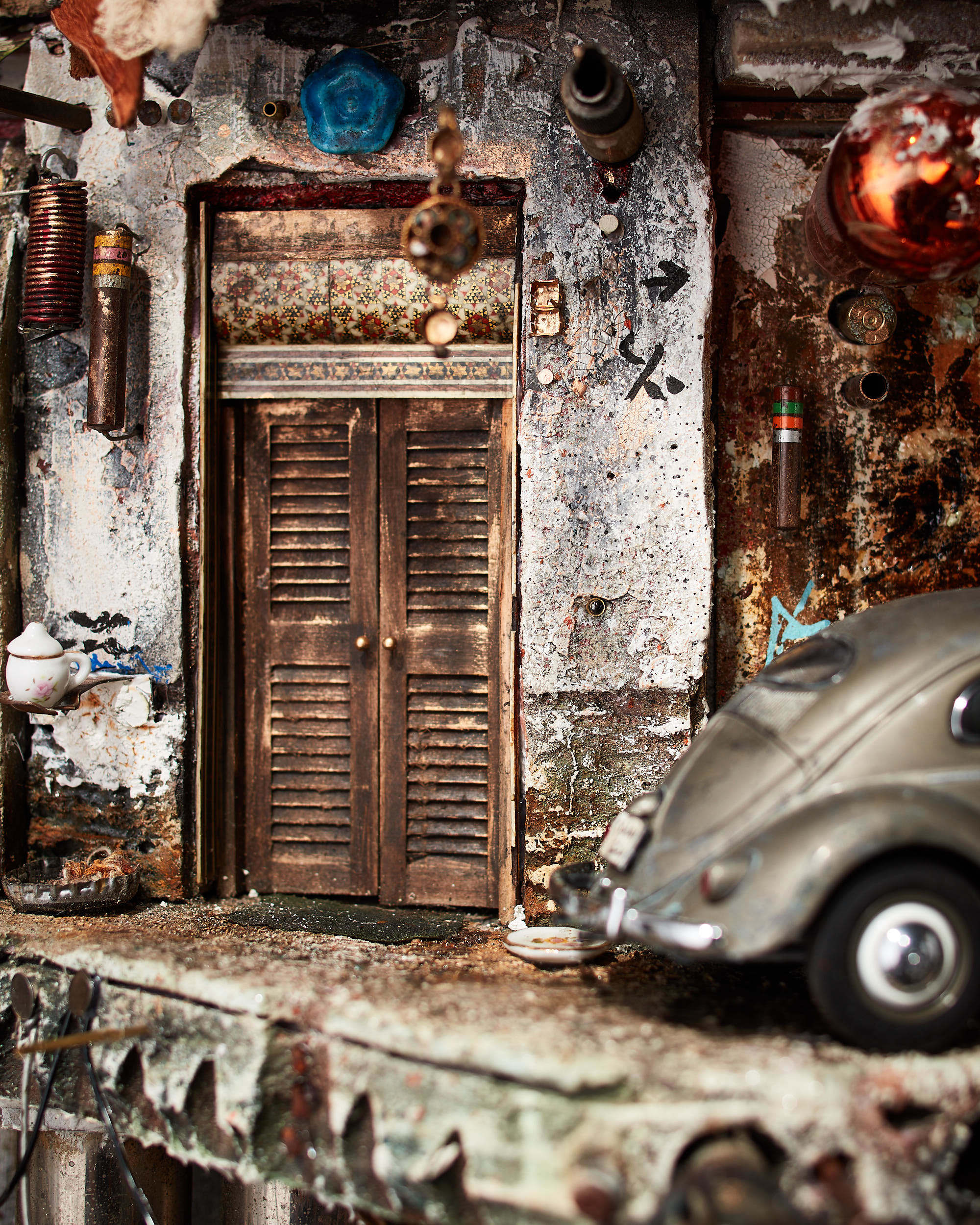 “Responding to the atrocities of the Syrian war, Hafez’s recent work depicts cities besieged by the civil war to capture the magnitude of the devastation and to expose the fragility of human life,” his site says. “However, in contrast to the violence of war, his art imbues a subtle hopefulness through its deliberate incorporation of verses from the Holy Quran. At the core of Hafez’s work, the verses offer a distinct contrast between the stark pessimistic reality of destruction and the optimistic hope for a bright future.”

Find more of Hafez’s work on his site. 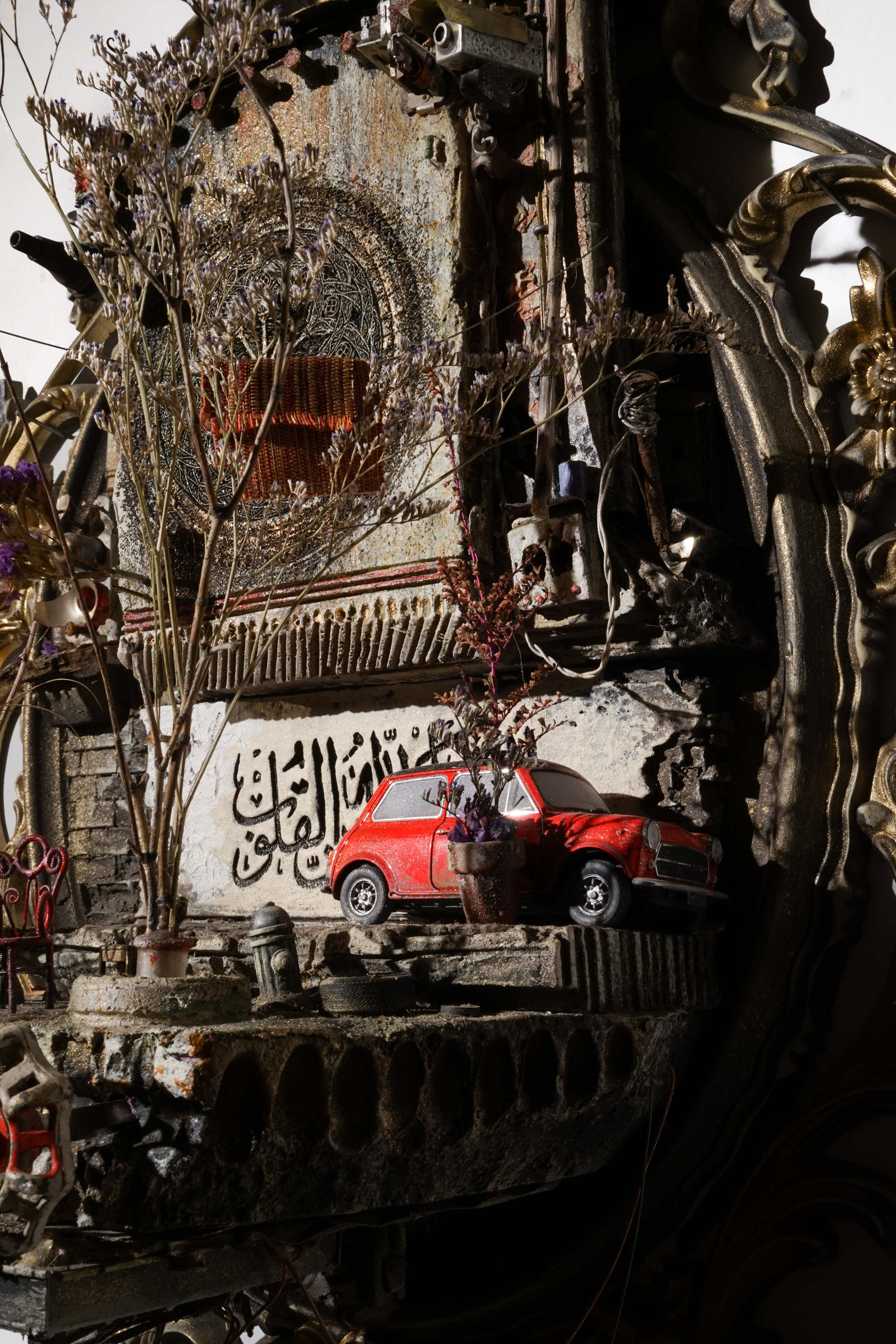 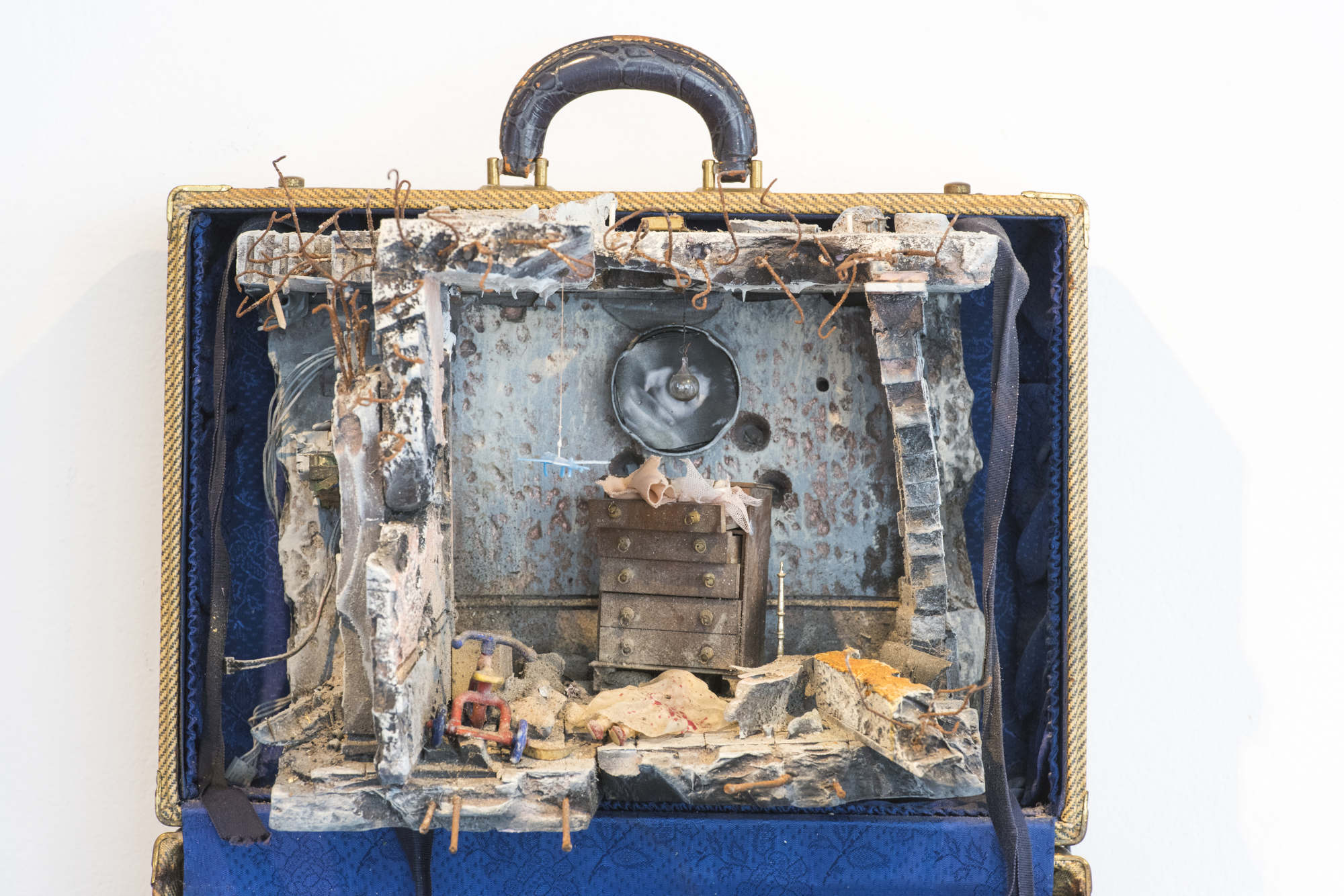 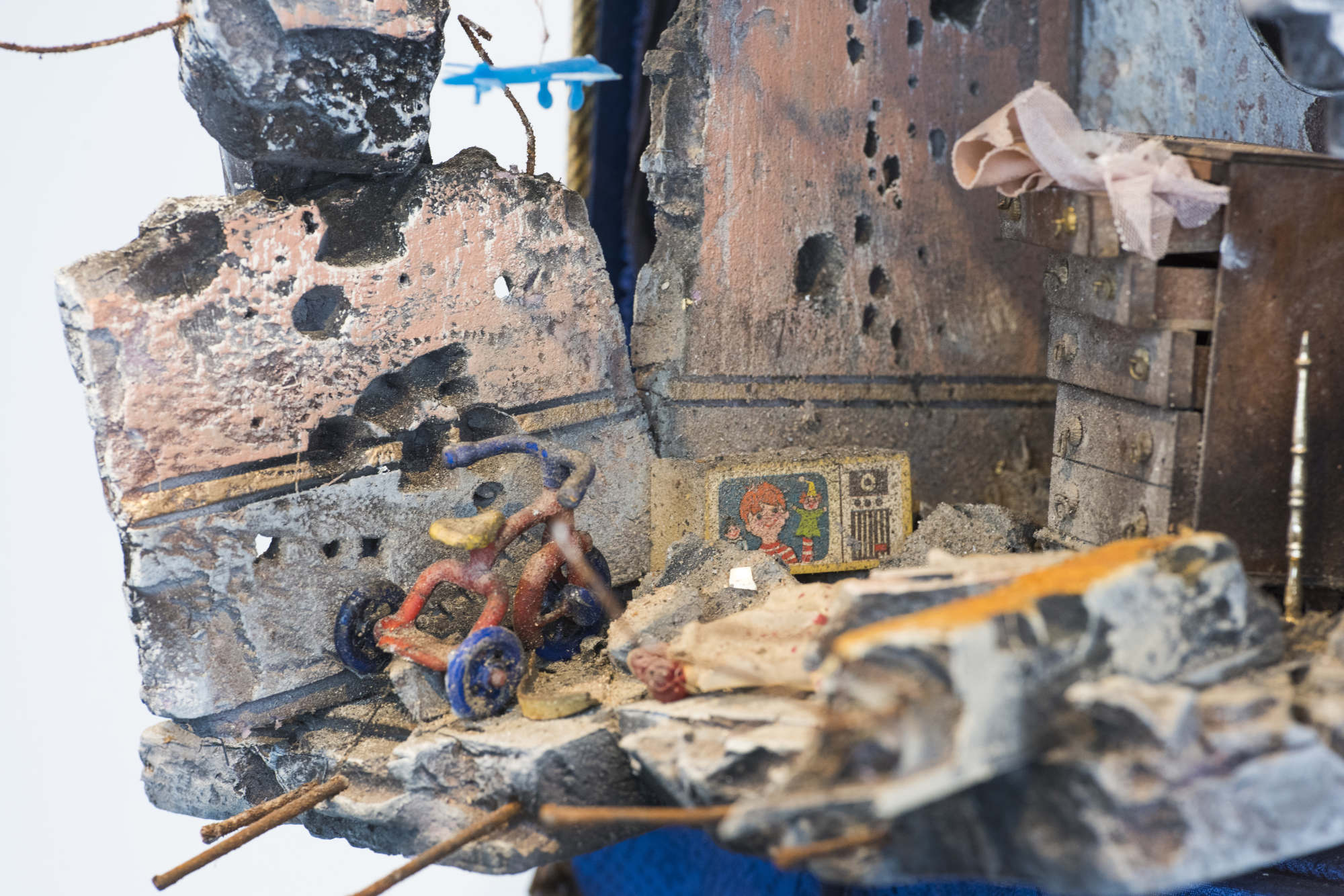 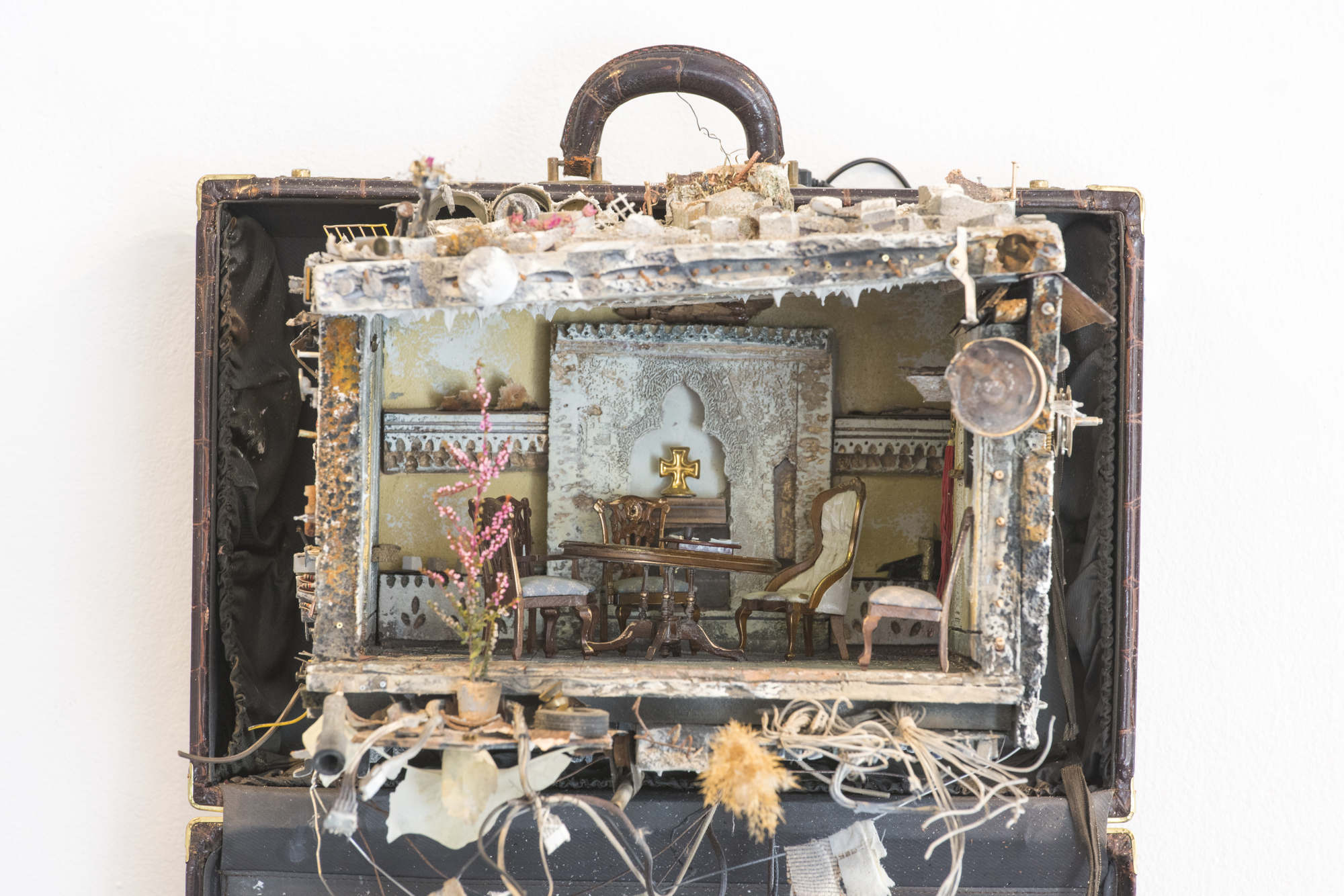