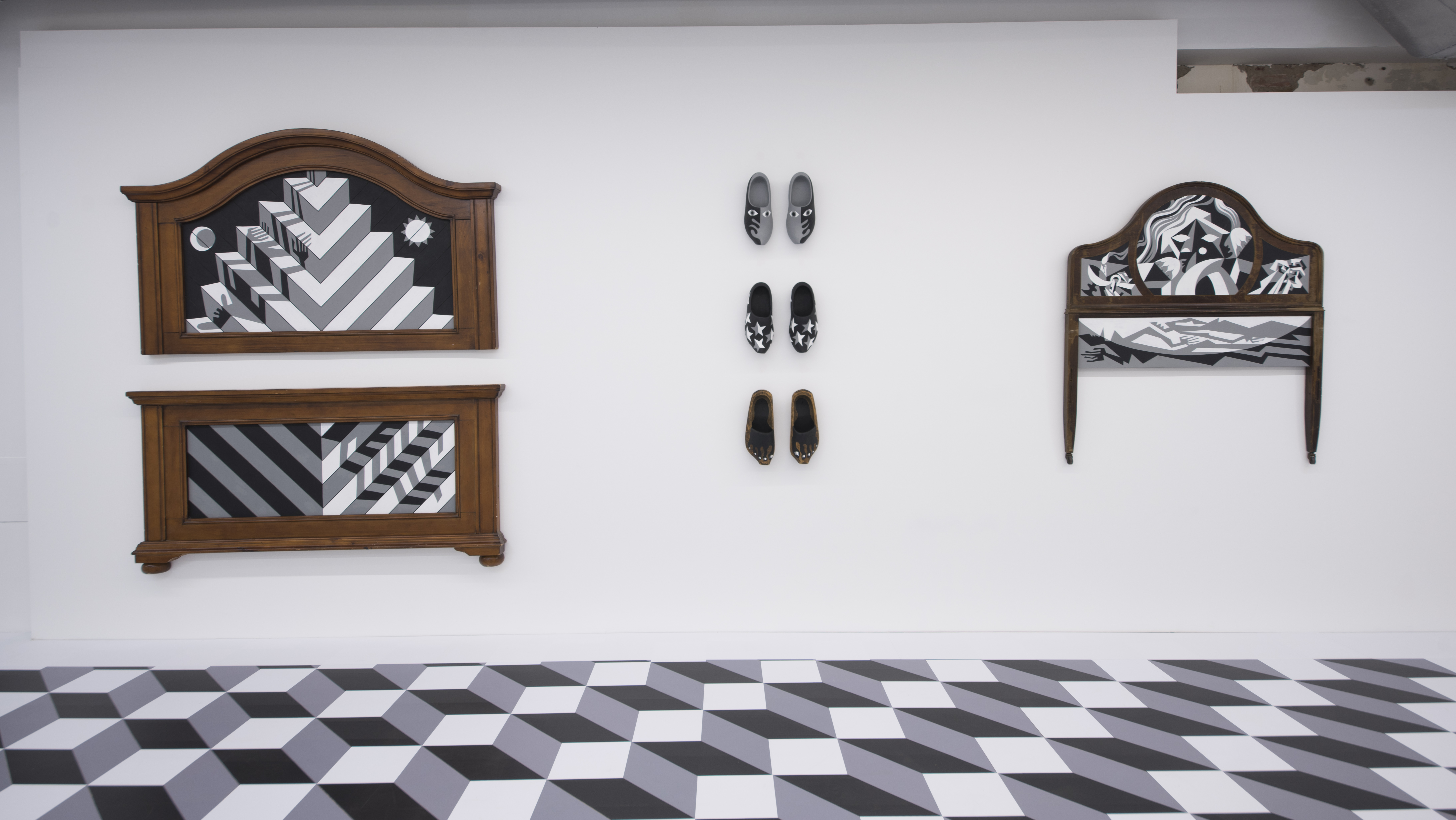 Ryan Bock’s new immersive show at Ki Smith Gallery takes influence from the 1921 German horror film “The Cabinet of Dr. Caligari,” transforming bed frames and other “functional items made non-functional” in a dream-like environment. We’re given an exclusive first look at “Somnambulist,” which opens on Oct. 26, in this post. Installation shots for the exhibition were taken by photographer Roman Dean. 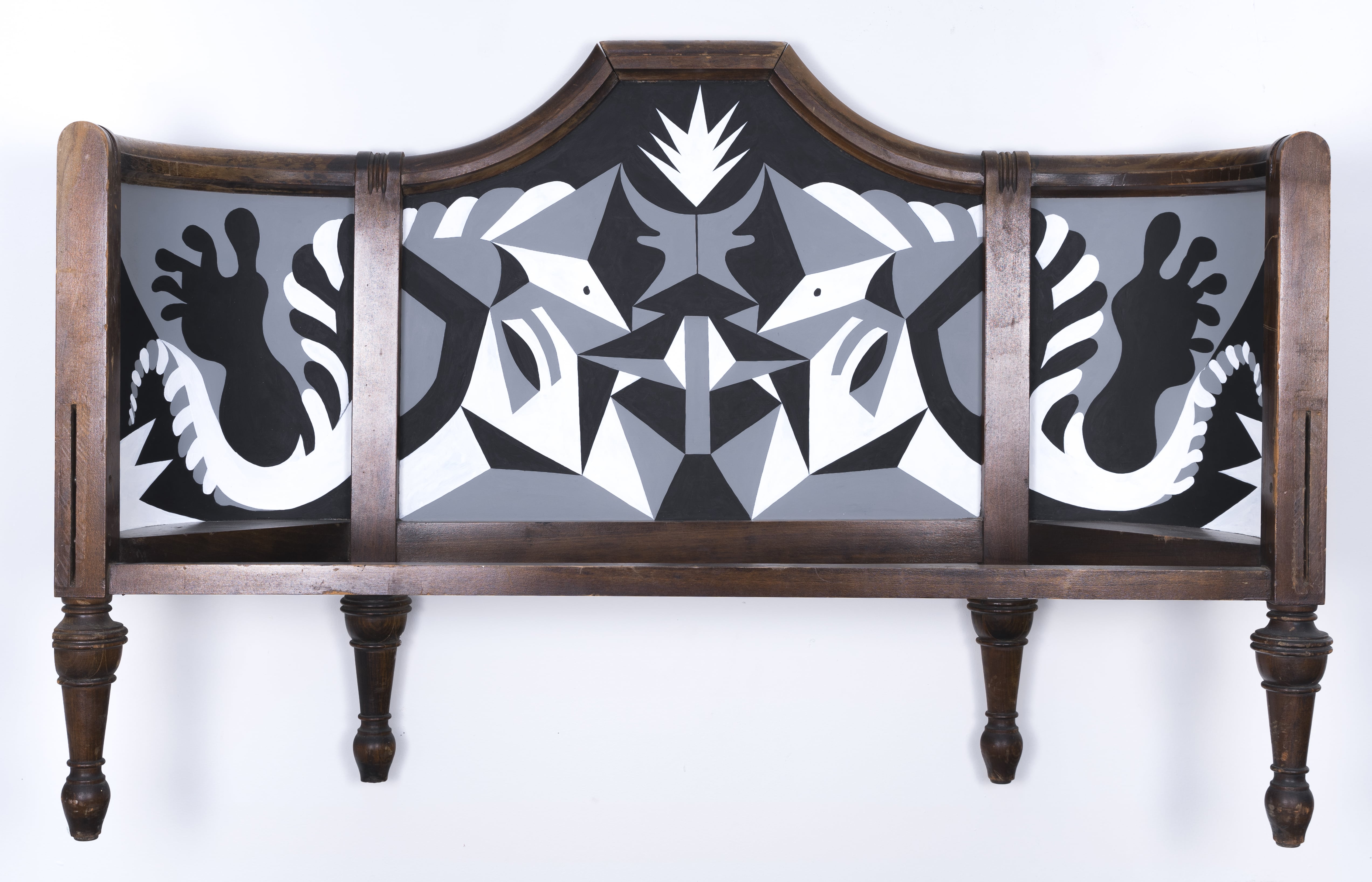 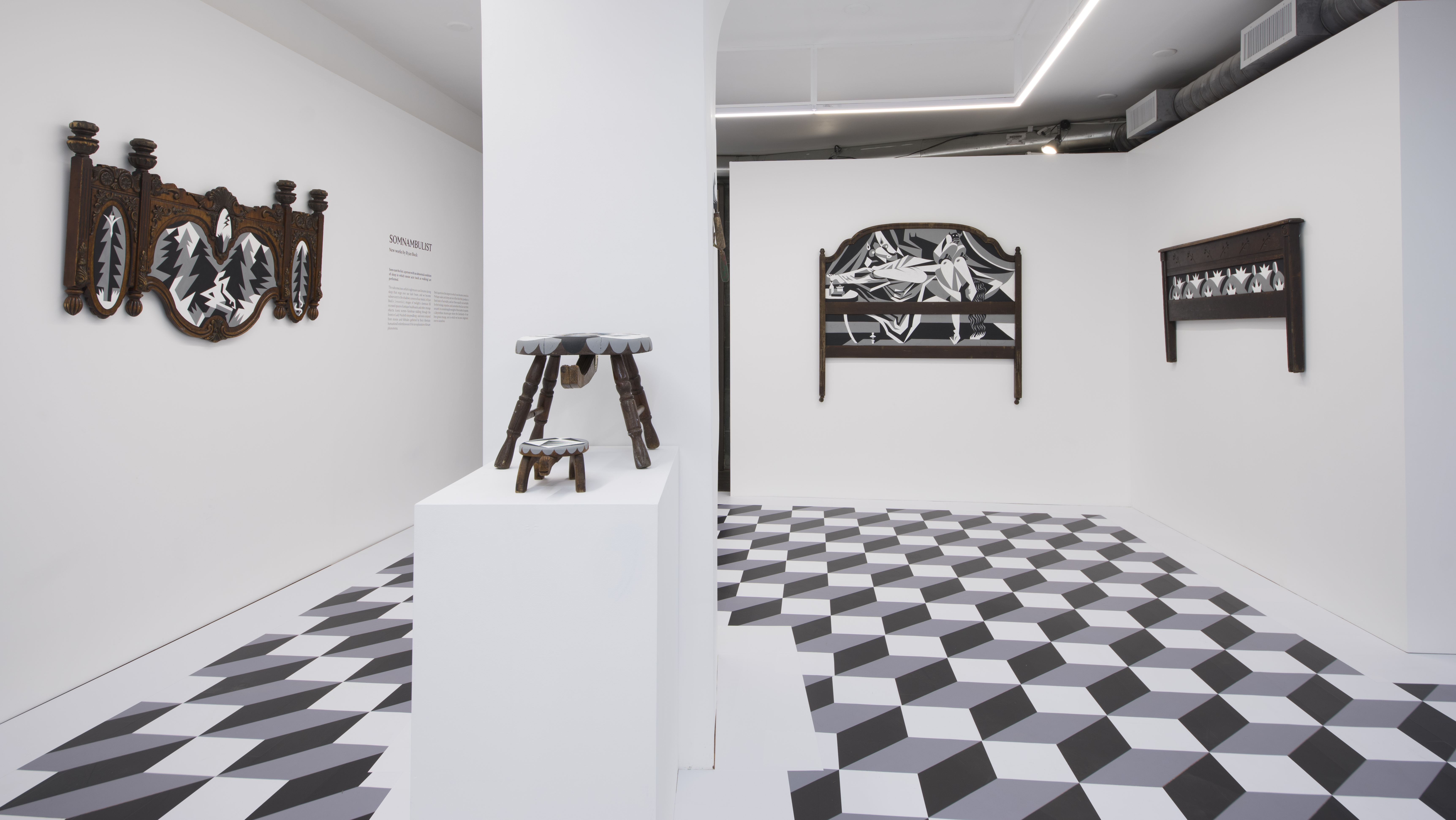 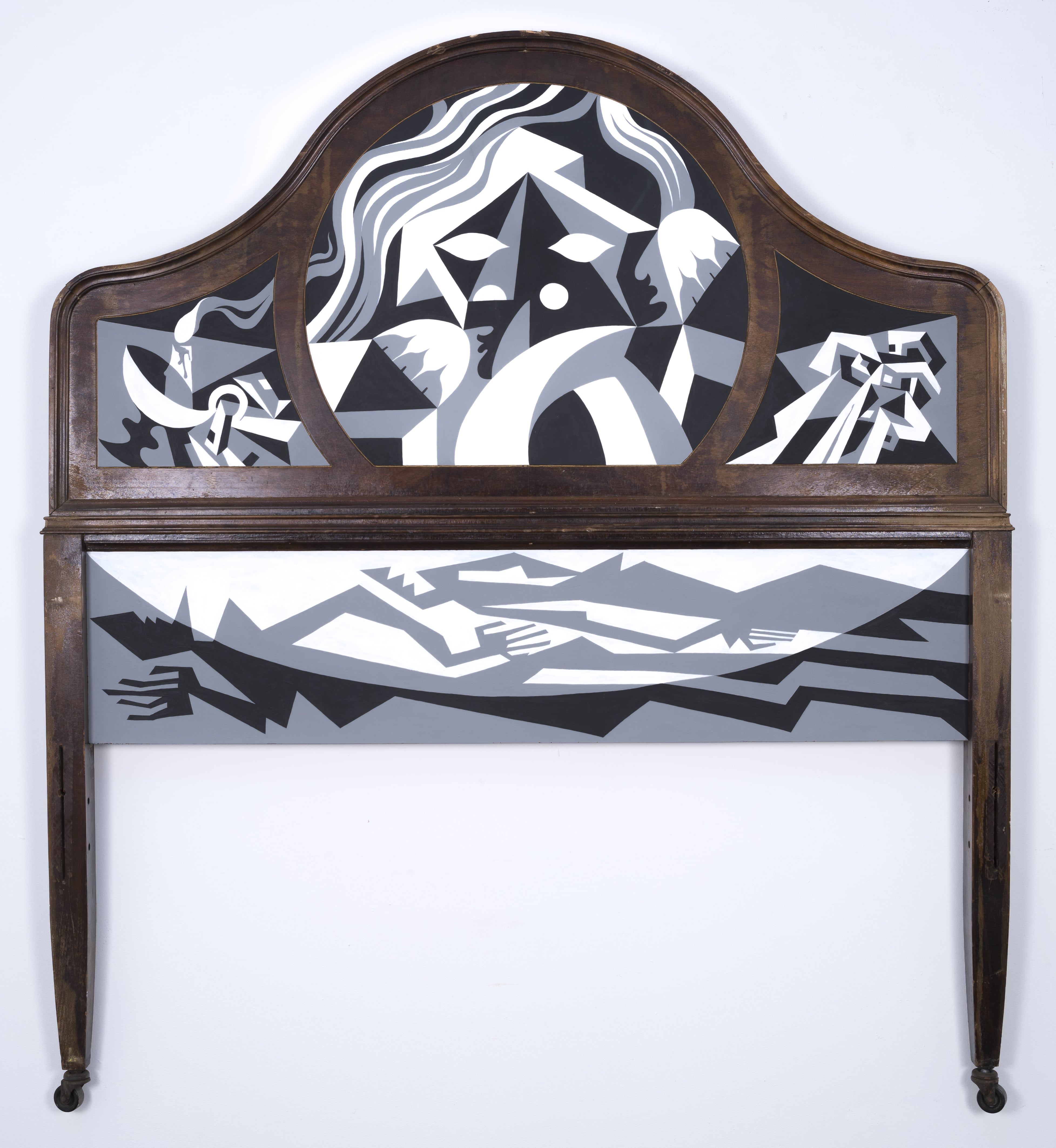 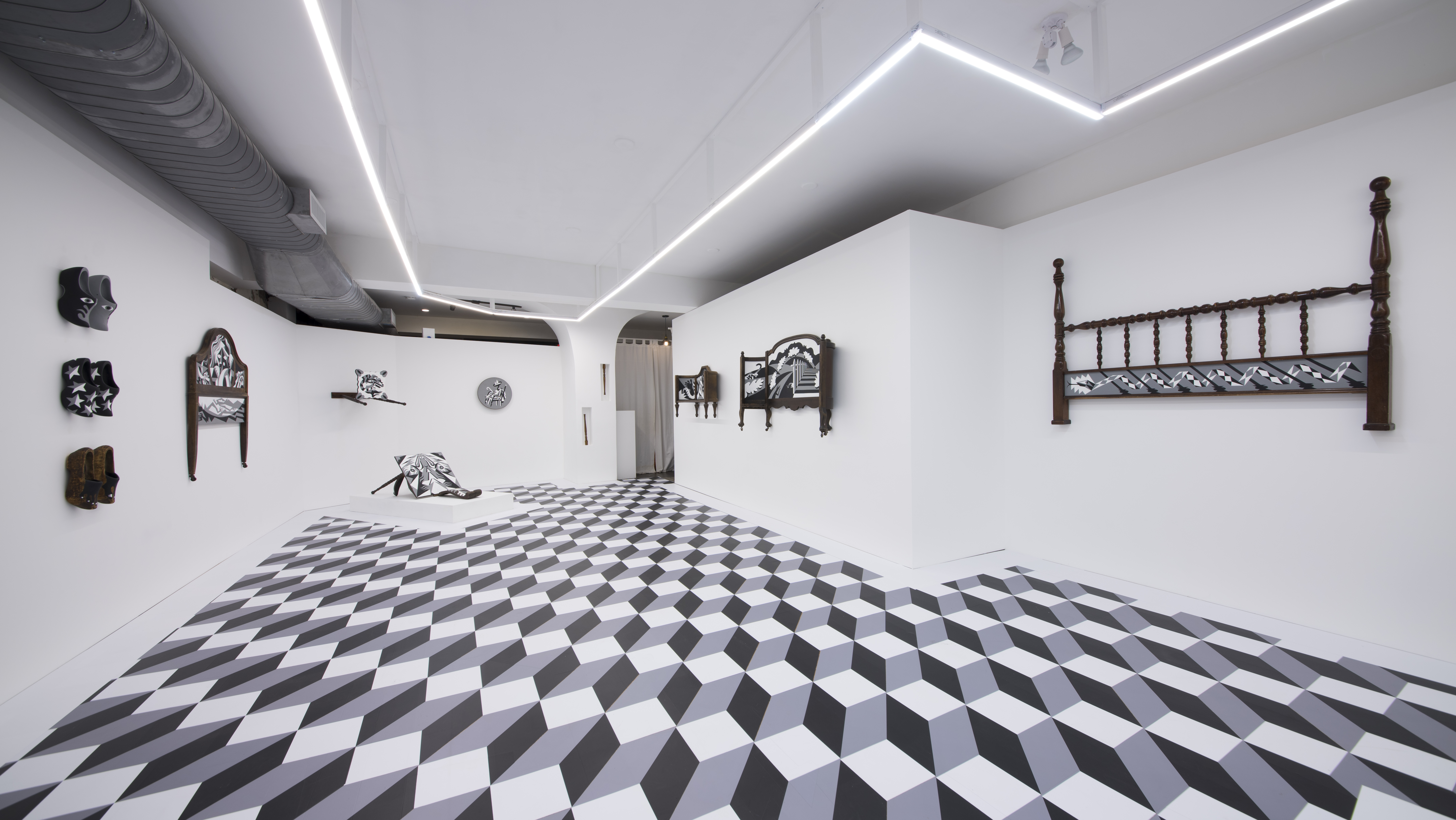 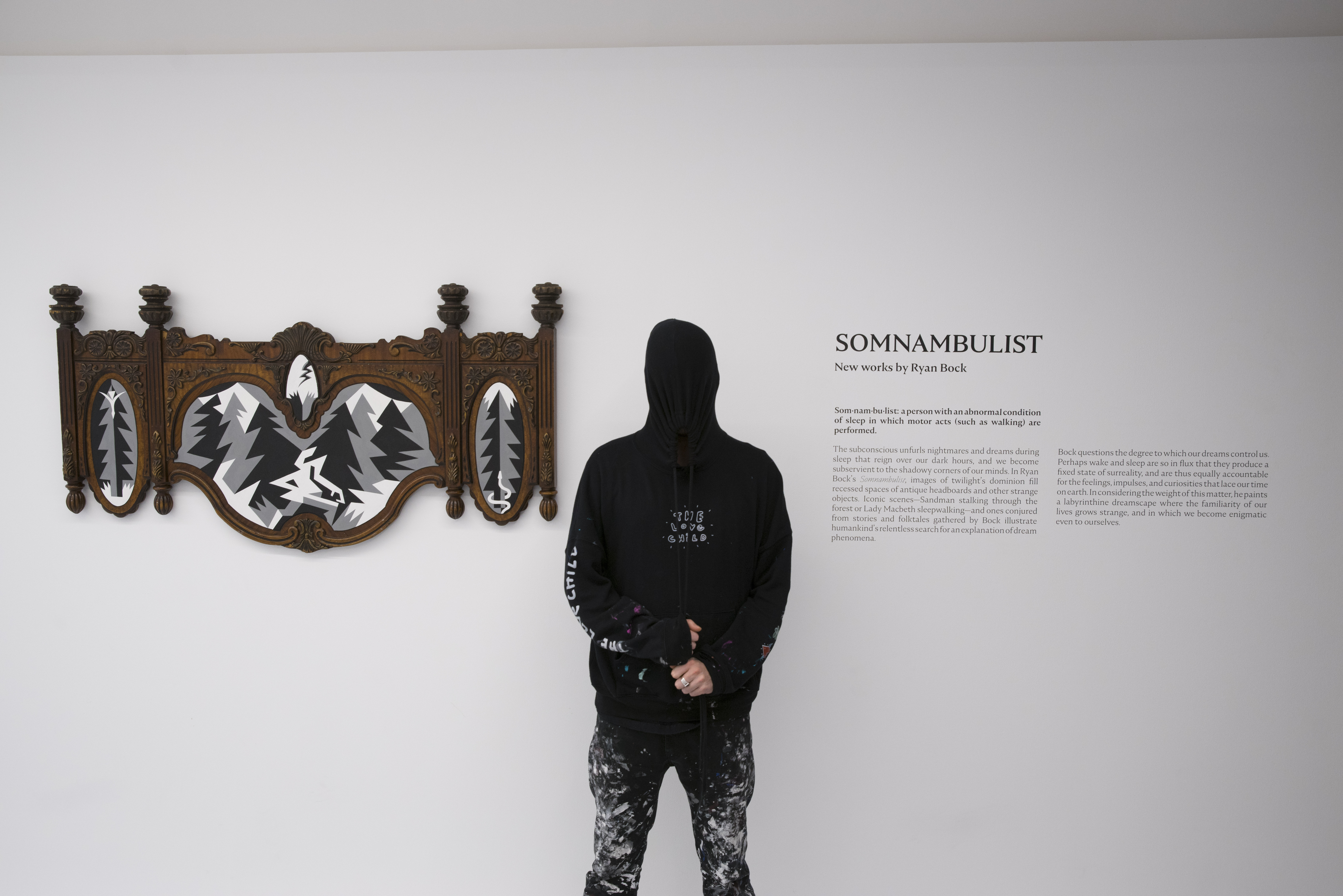 “Just as Surrealists of the 1920s drew influence from Freud’s dream studies, Bock also muses on the uninhibited state of sleep, and the subtle, hypnotic process through which deep-seated horrors can awaken within our own subconscious,” the gallery says. “‘The Cabinet of Dr. Caligari’ is an allegory about the tragedy of World War I and Germany’s economic depression that foreshadowed the rise of Nazism and World War II—and with Somnambulist, Bock illustrates the startling divide between city and rural American life that gave way to Trumpism and the Alt-Right movement. Bock seizes upon this eerie correlation & realizes that YES—we were lulled into a vulnerable state, lost control over our own actions & then history repeated itself… “

Read more about Ryan Bock‘s show on the gallery’s page. 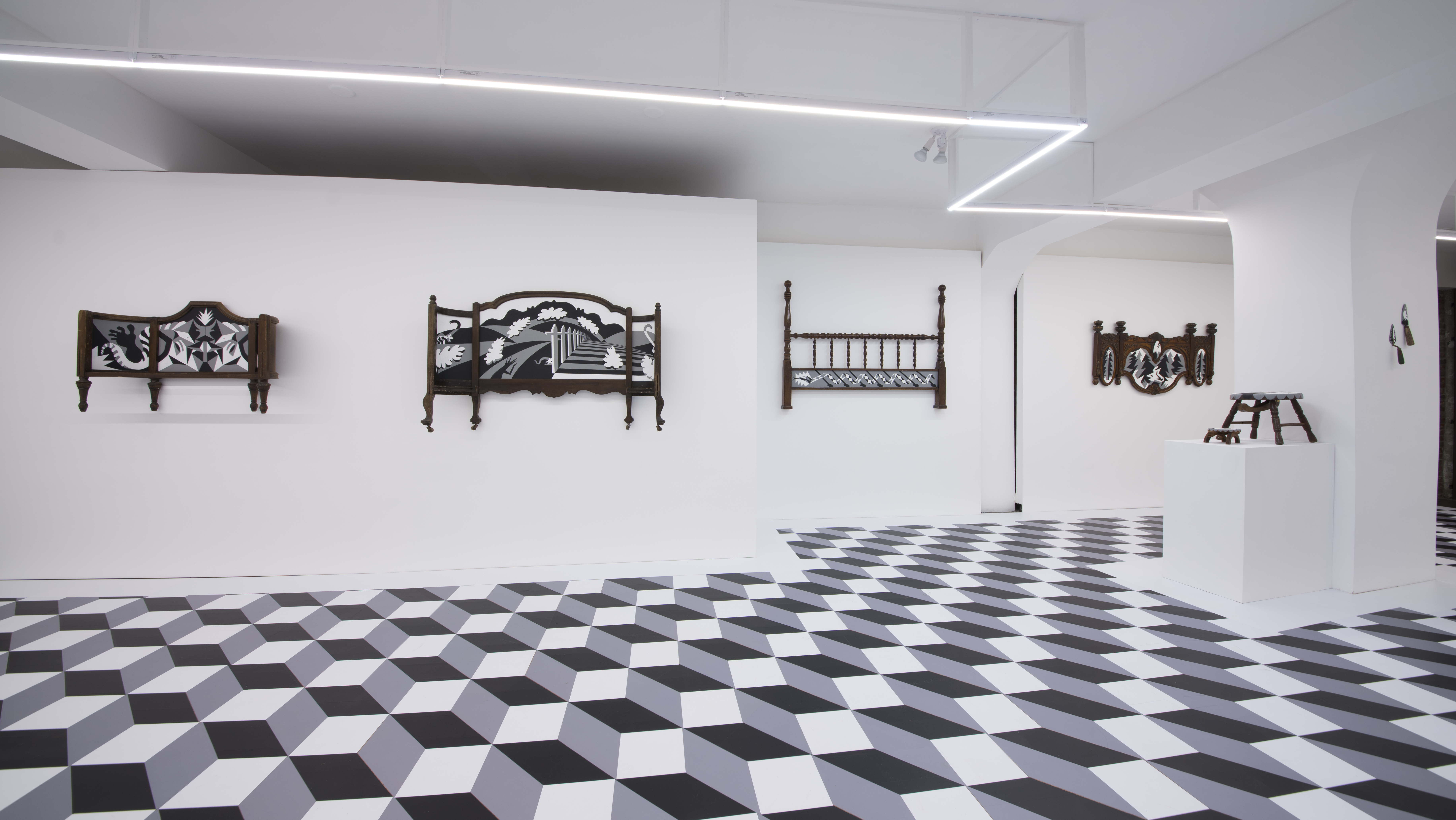 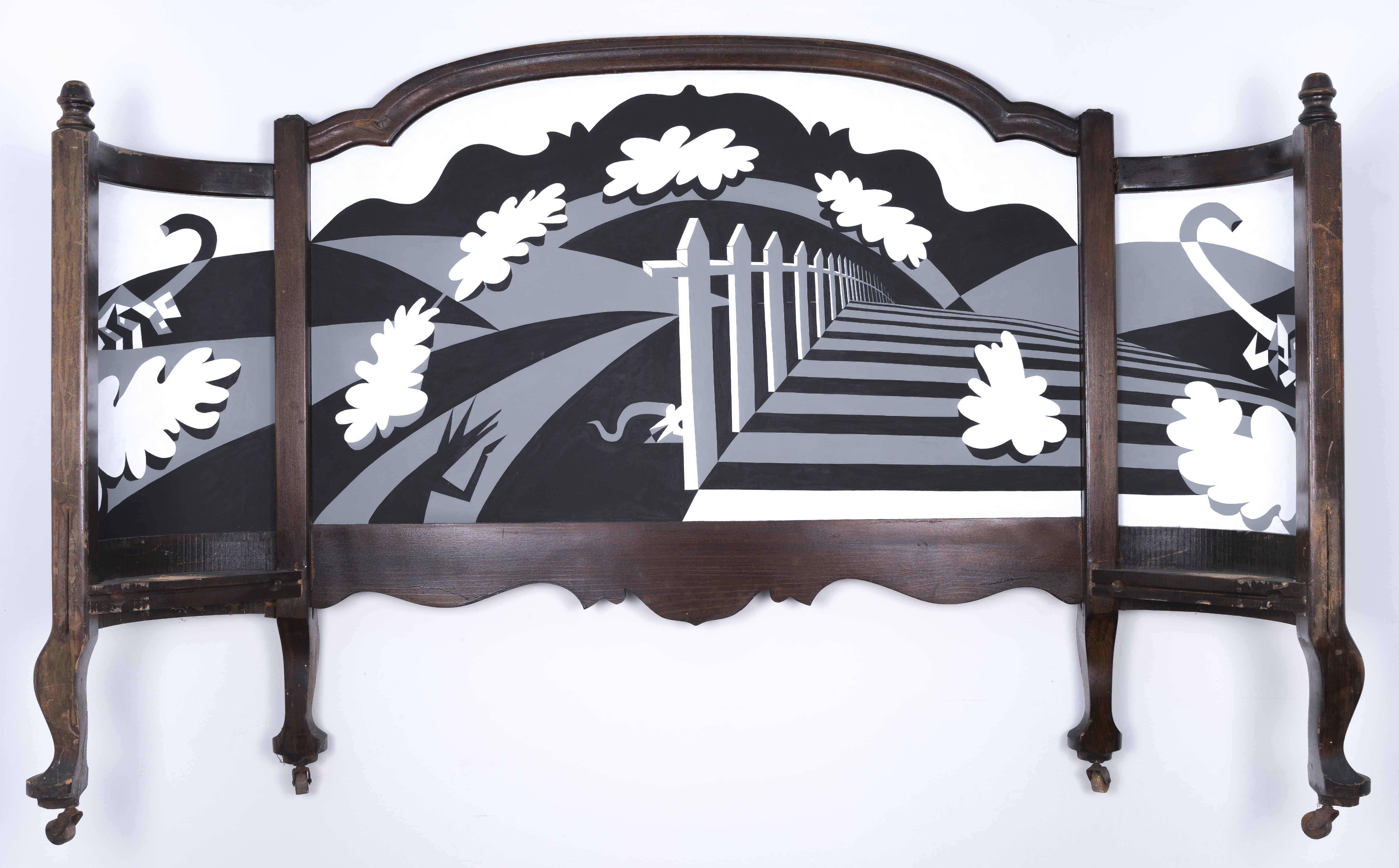 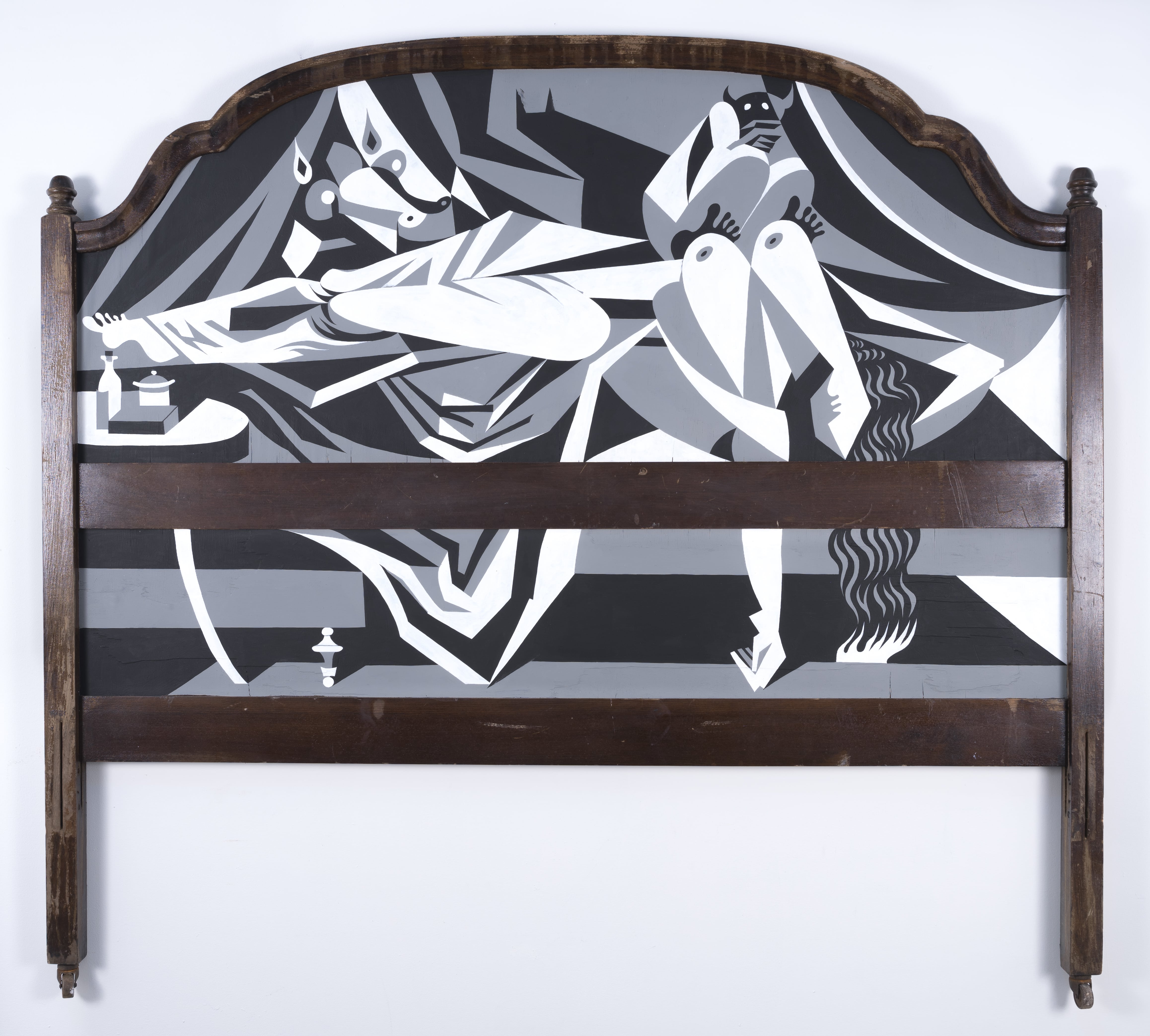 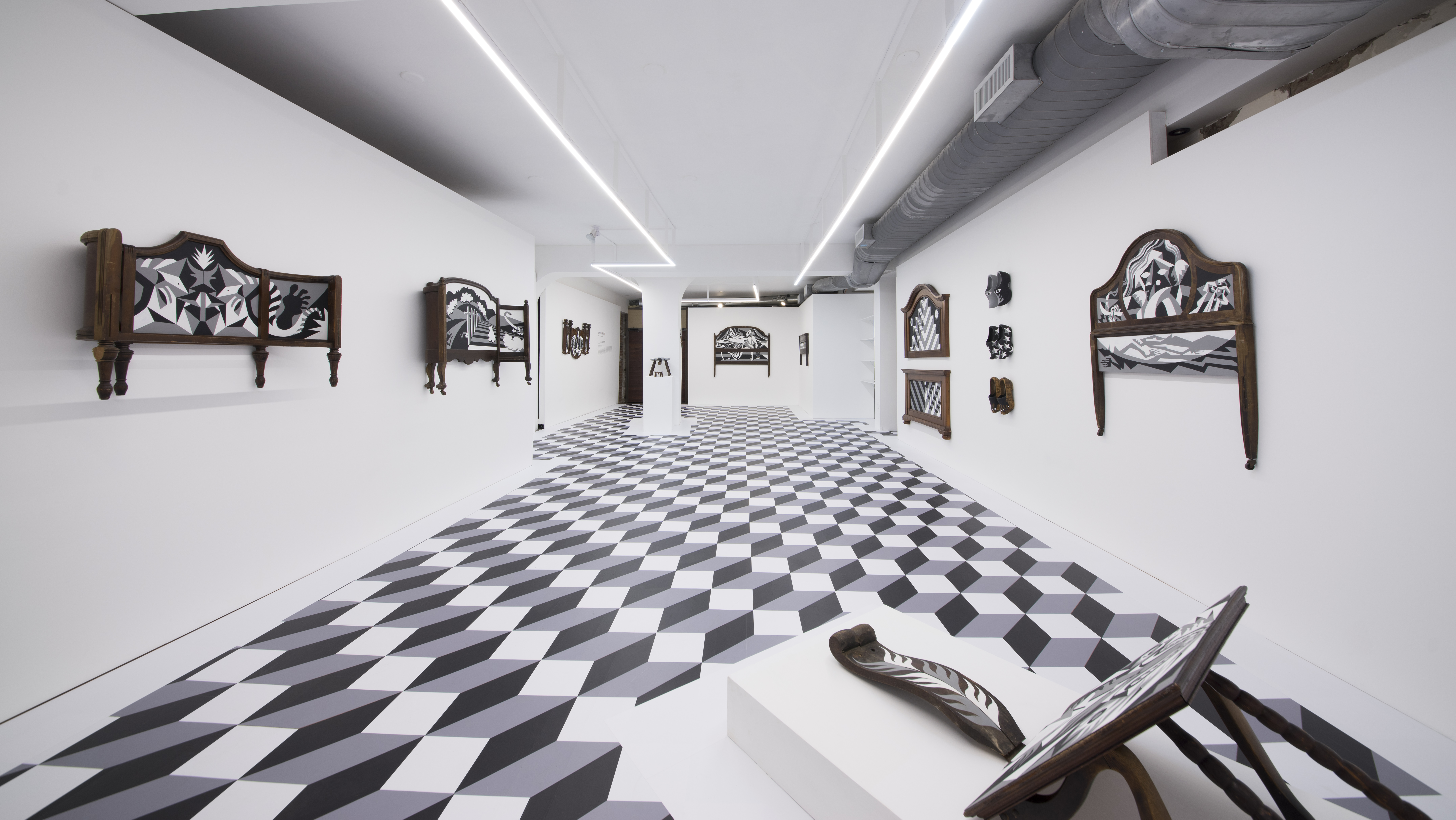