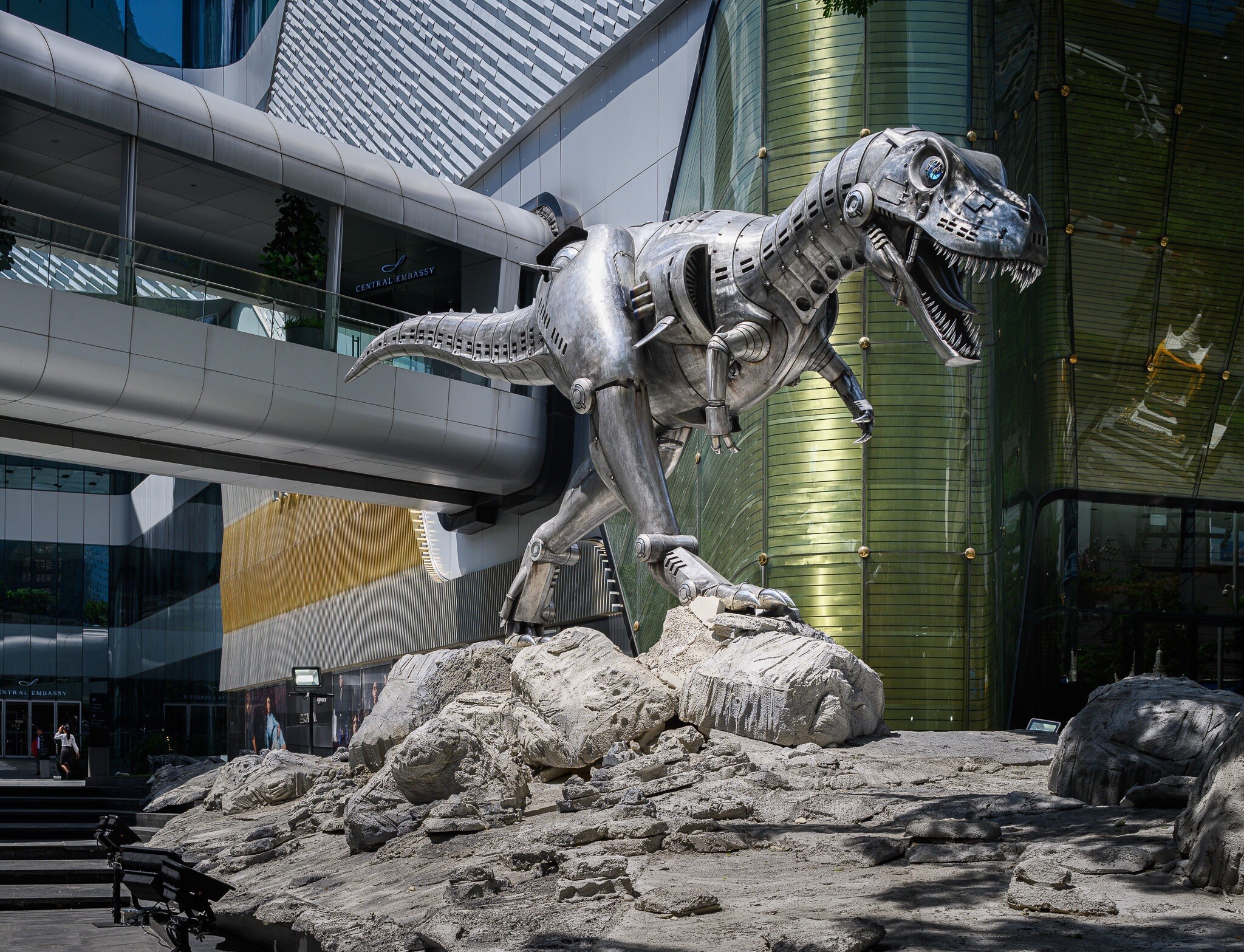 With “Sorayama Space Park by AMKK” at Central Embassy in Bangkok, the futuristic creations of Hajime Sorayama fill the space, including a lifesized aluminum Tyrannosaur. The immersive installation focused on the dinosaur-themed work of the celebrated illustrator, who rose to prominence in the 1980s for his “sexy robots” representing the timeless male gaze theory. The project marks the 5th anniversary of Central Embassy. 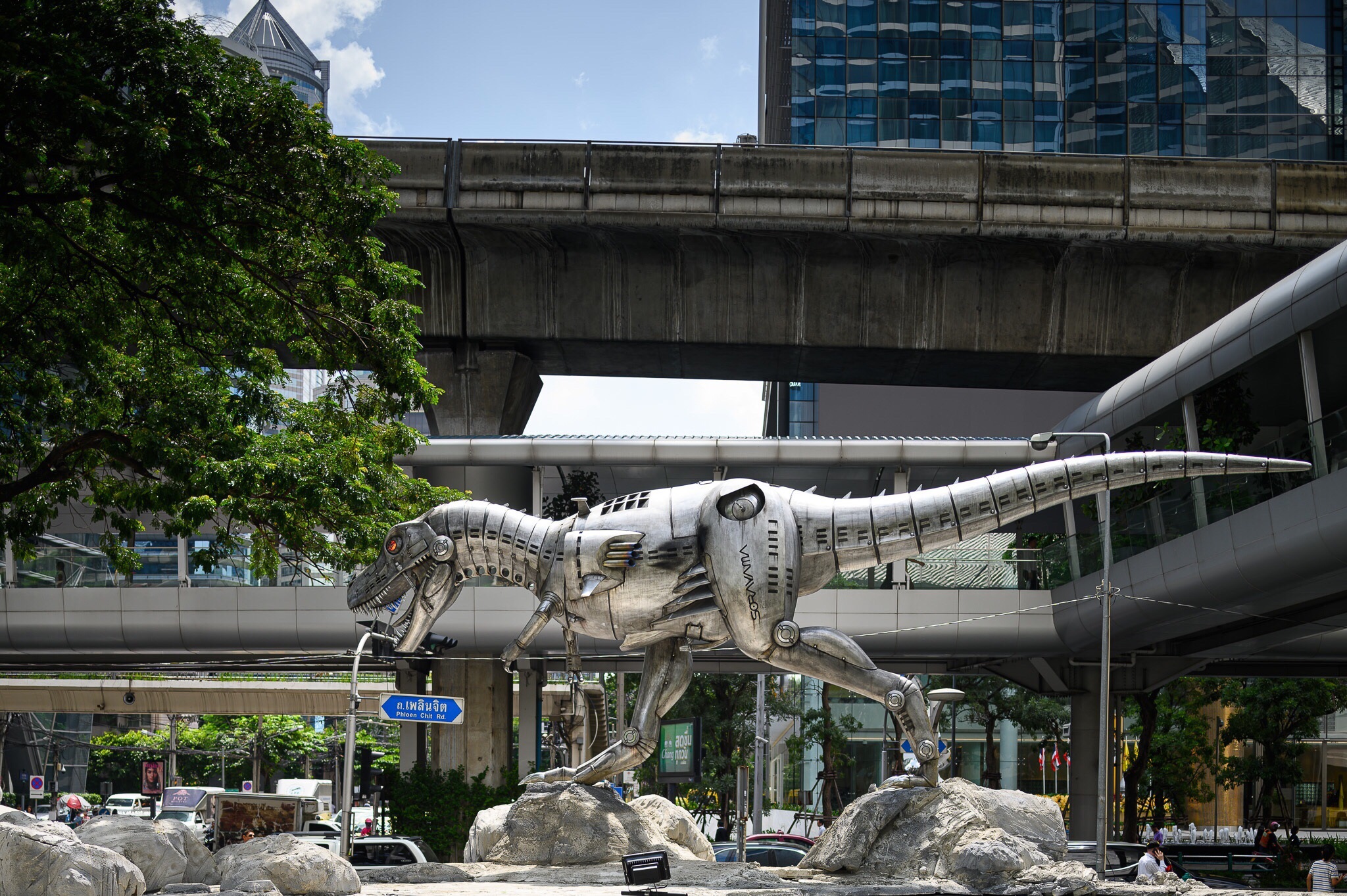 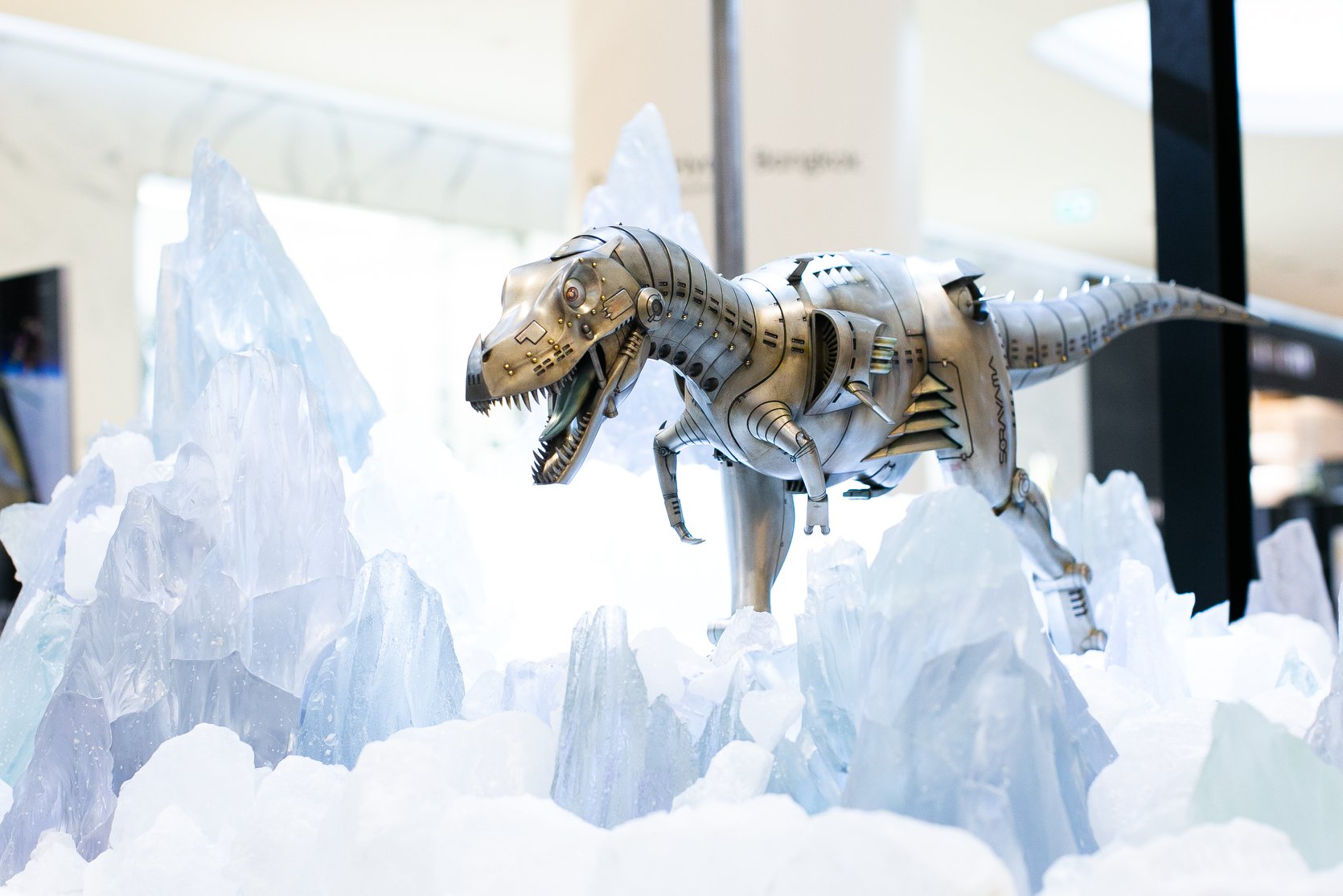 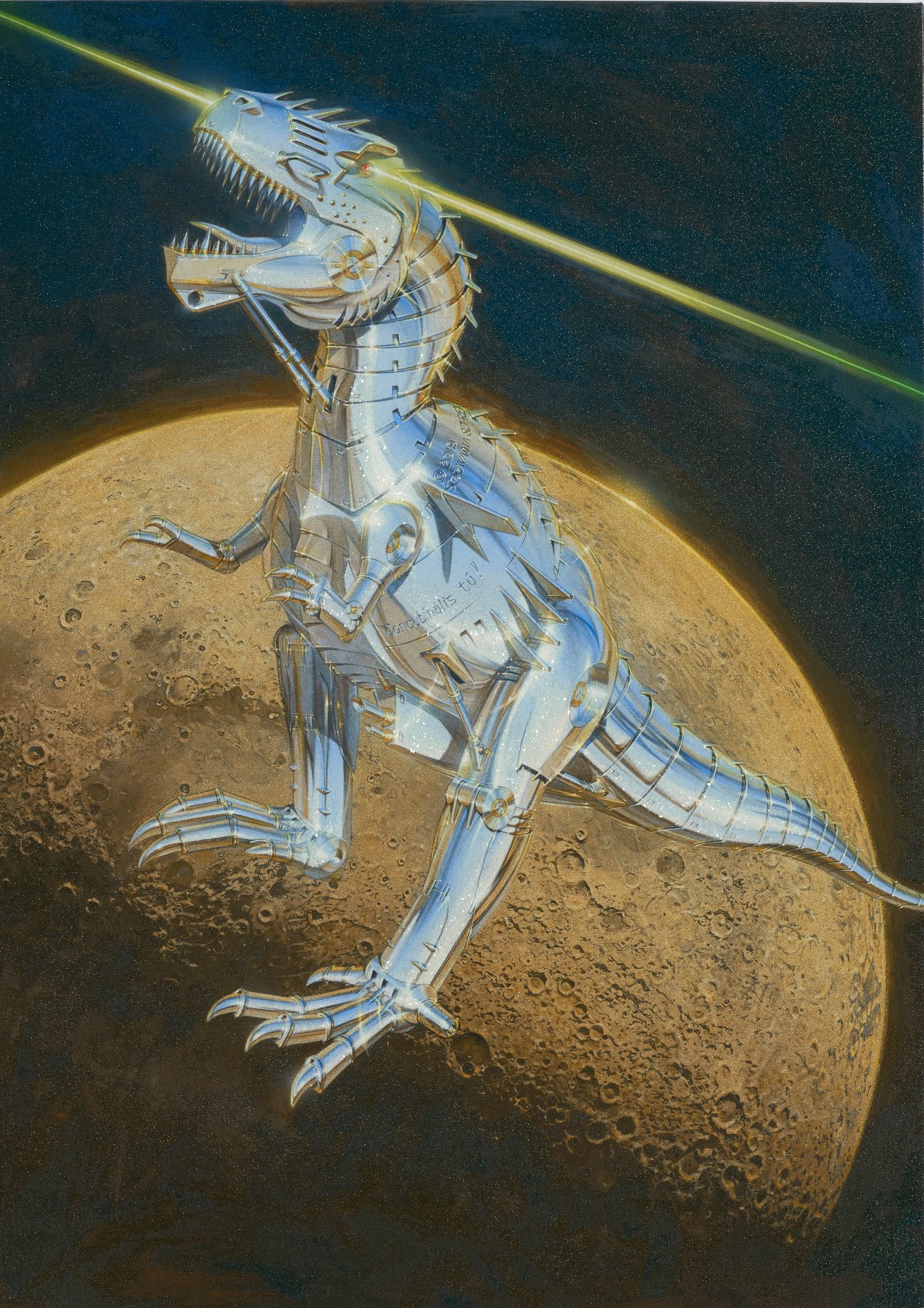 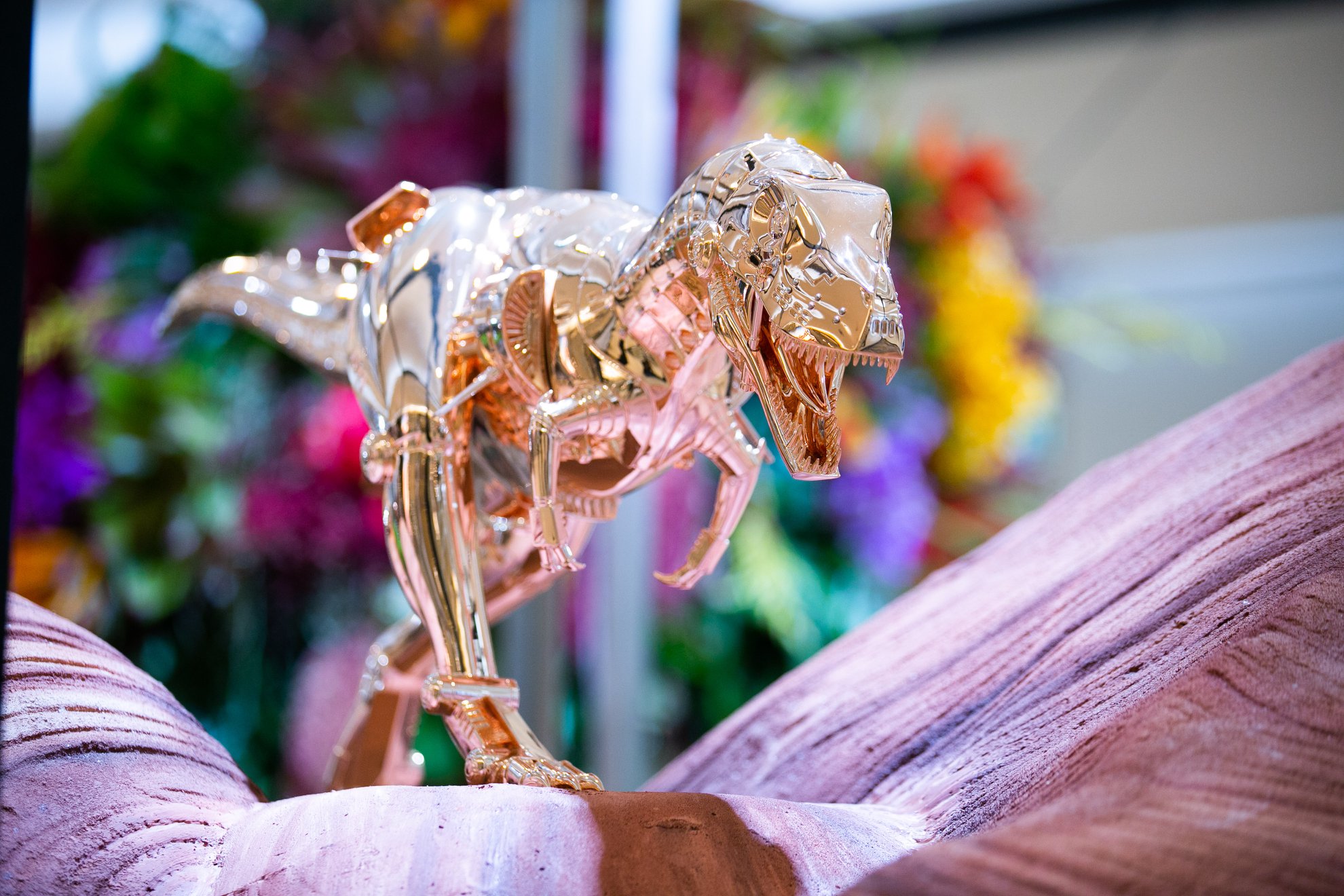 Nanzuka offers some context for the artist: “Sorayama continues to receive respect from creators and artists across the world as the godfather of realistic expression thorough his use of the airbrush technique. His 1983 publication ‘SEXY ROBOT’ had generously described the process of painting robots through a series of graphic explanations, and has since been distributed and referenced as a textbook in various art schools throughout the globe. As a result, the influences of Sorayama’s works extend far beyond the boundaries of Japan’s commercial art scene, presenting an impact on a diverse array of media from Hollywood films, the world’s street art and to the realm of fine art.”

Find more from the artist on his site and find the Central Embassy page here. 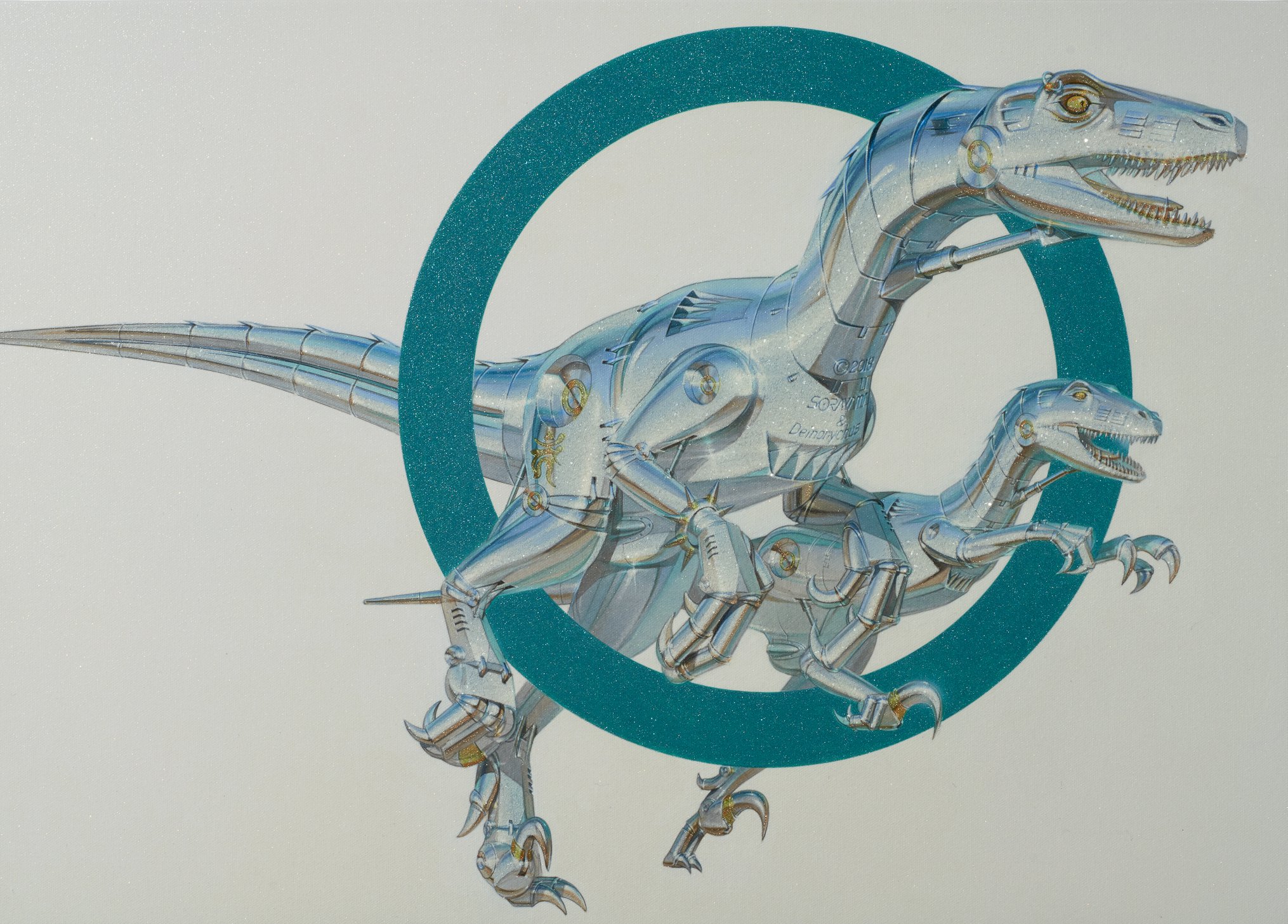 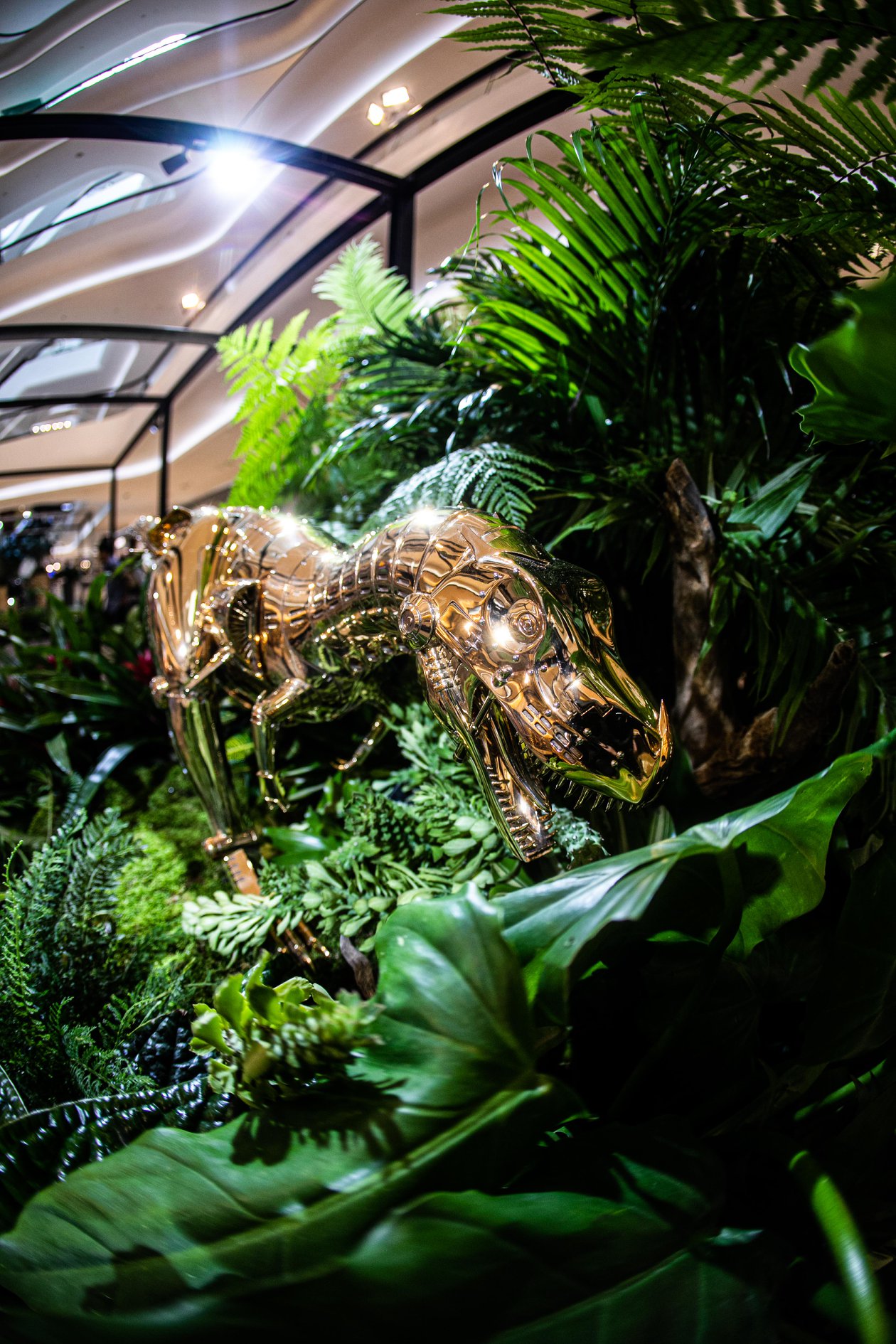 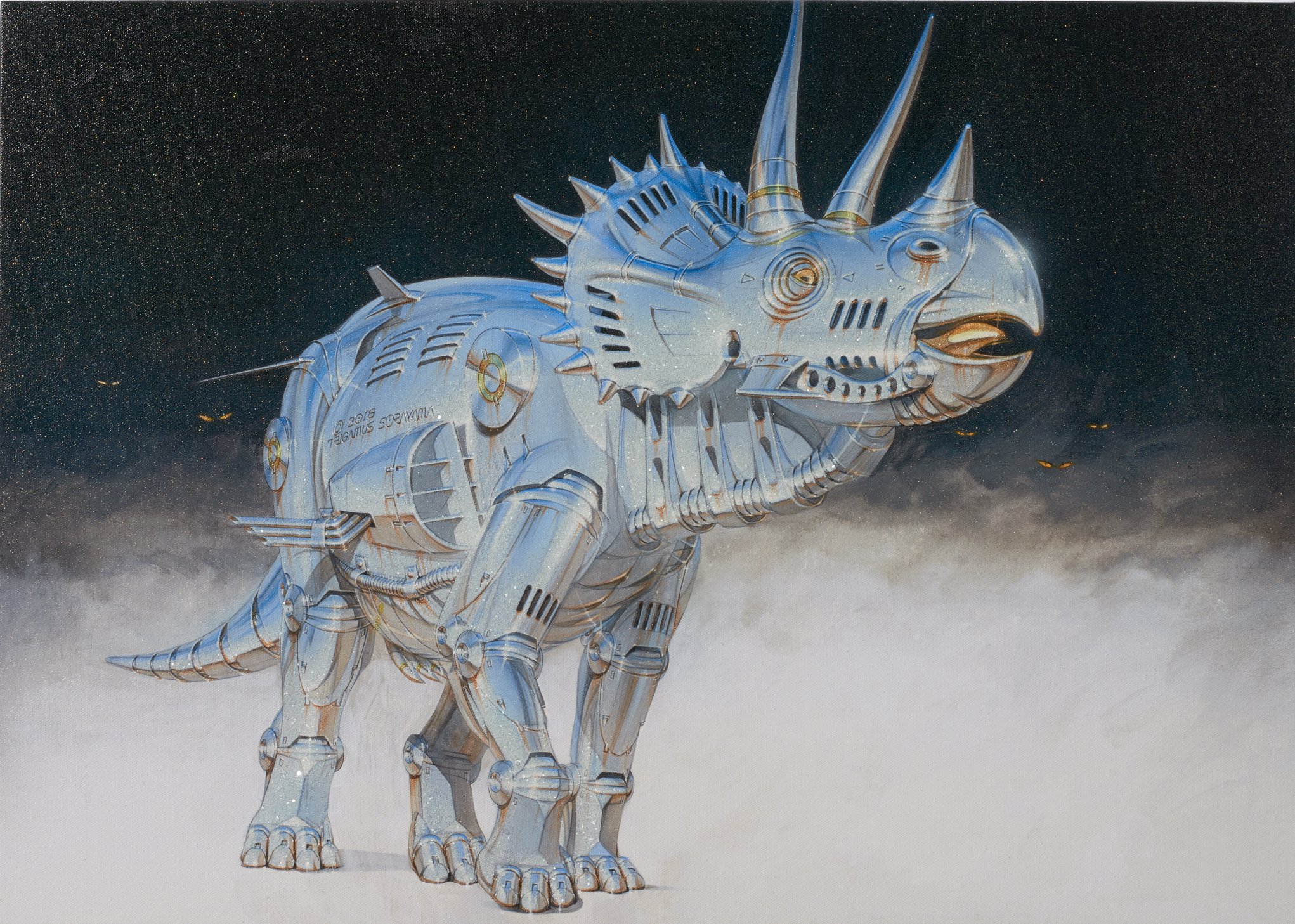 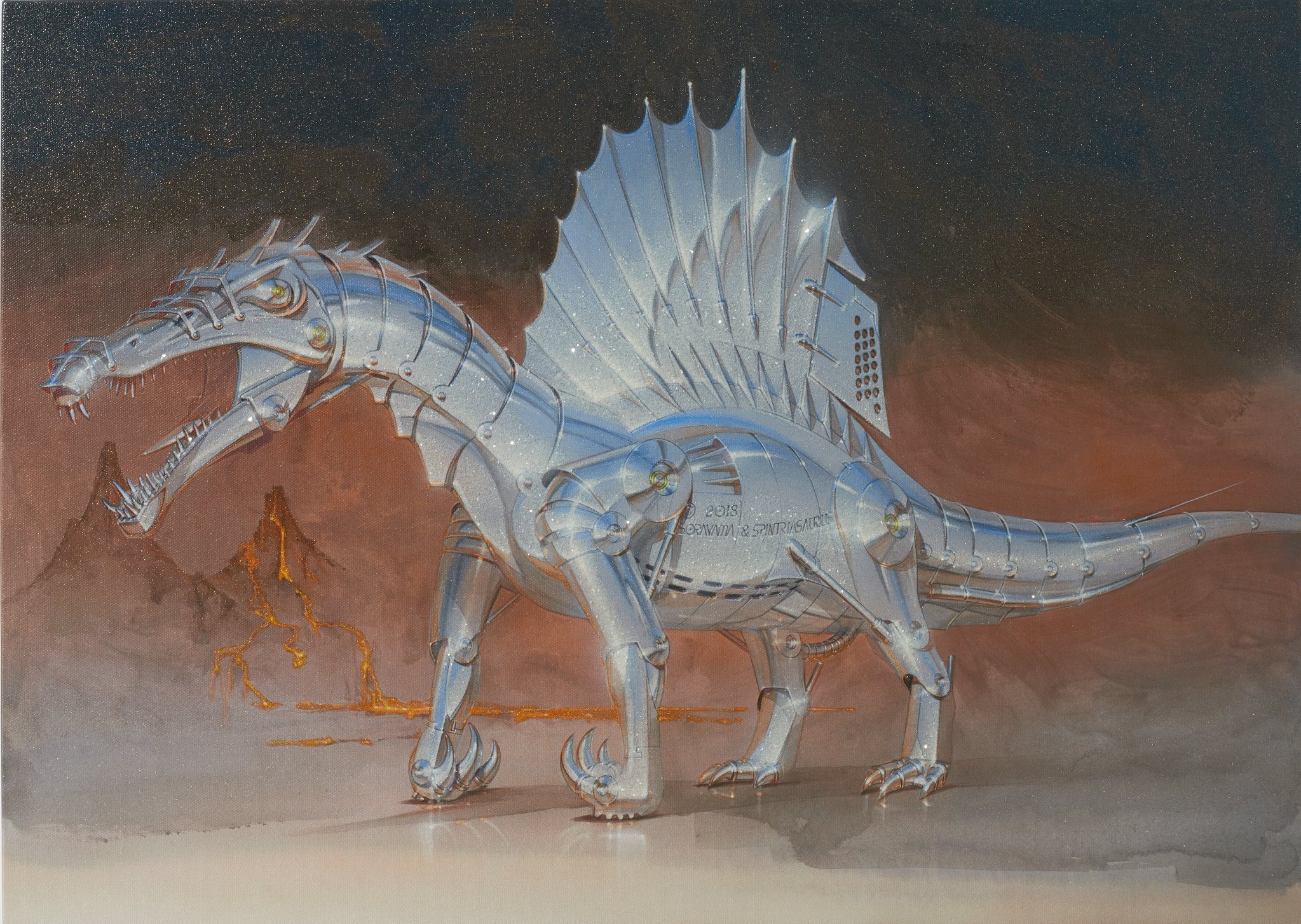 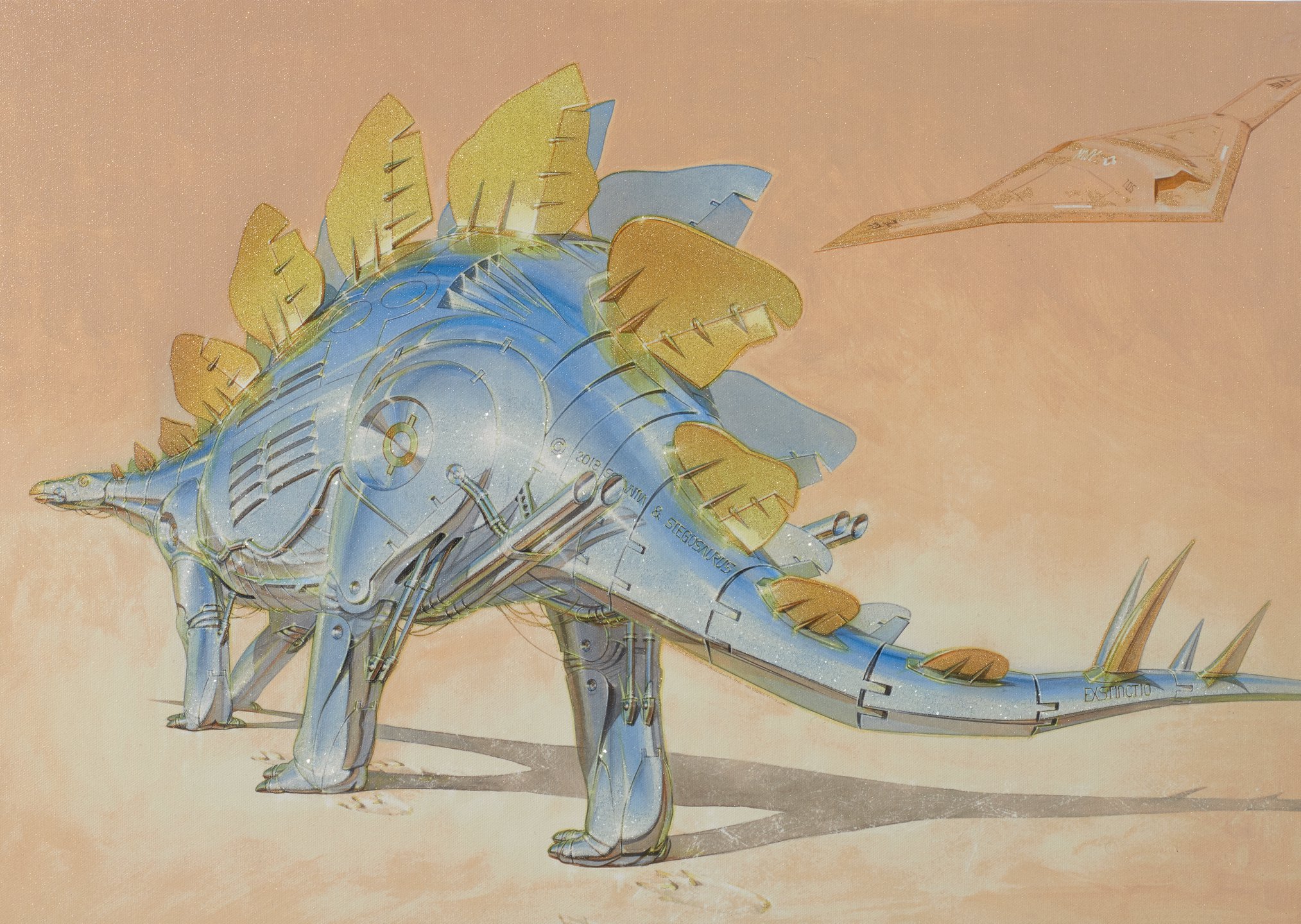