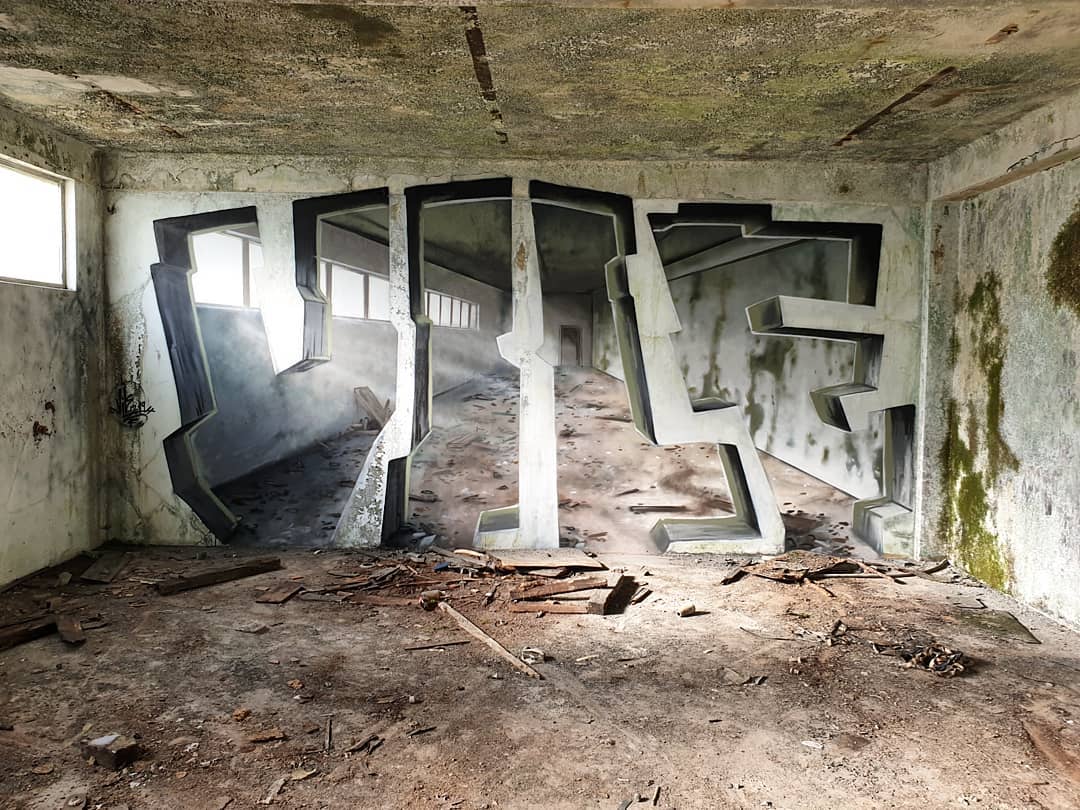 VILE’s illusionary murals often use the artist’s own moniker as windows into fictional places, whether a continuation of the inhabited space or another dimension. Elsewhere, the artist presents figures that live along the contours of a room or outdoor locale. In recent years, he’s participated in projects in Germany, Portugal, London, and beyond. 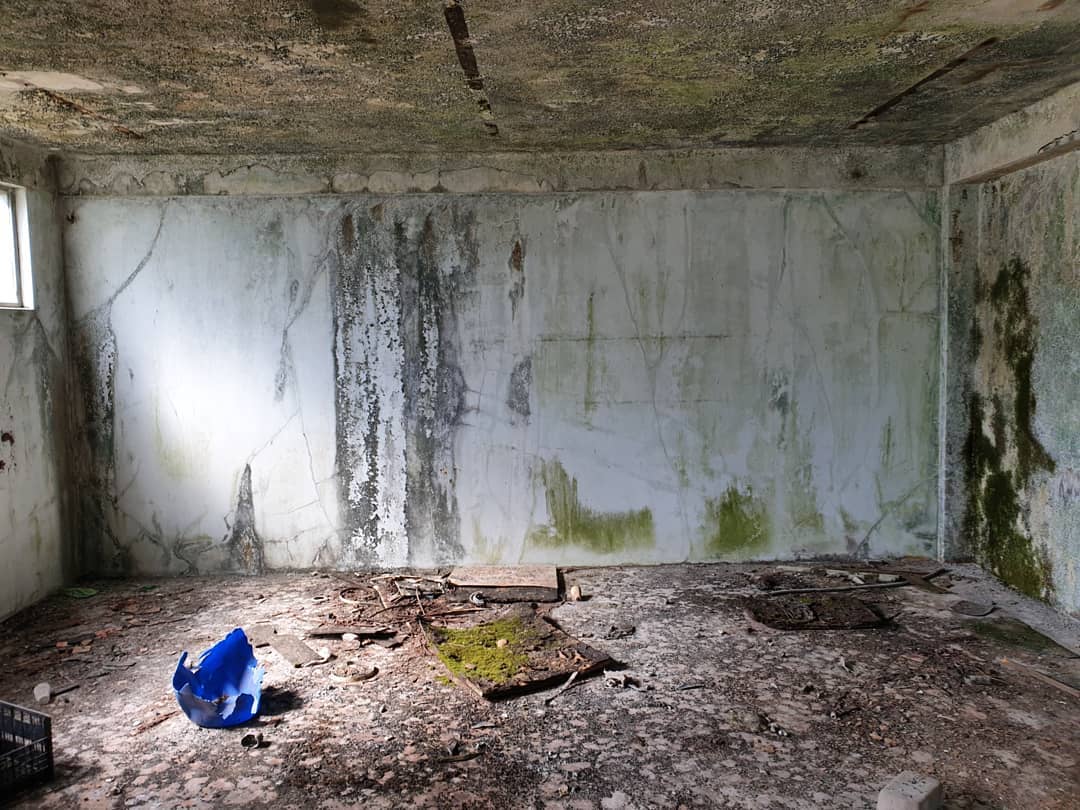 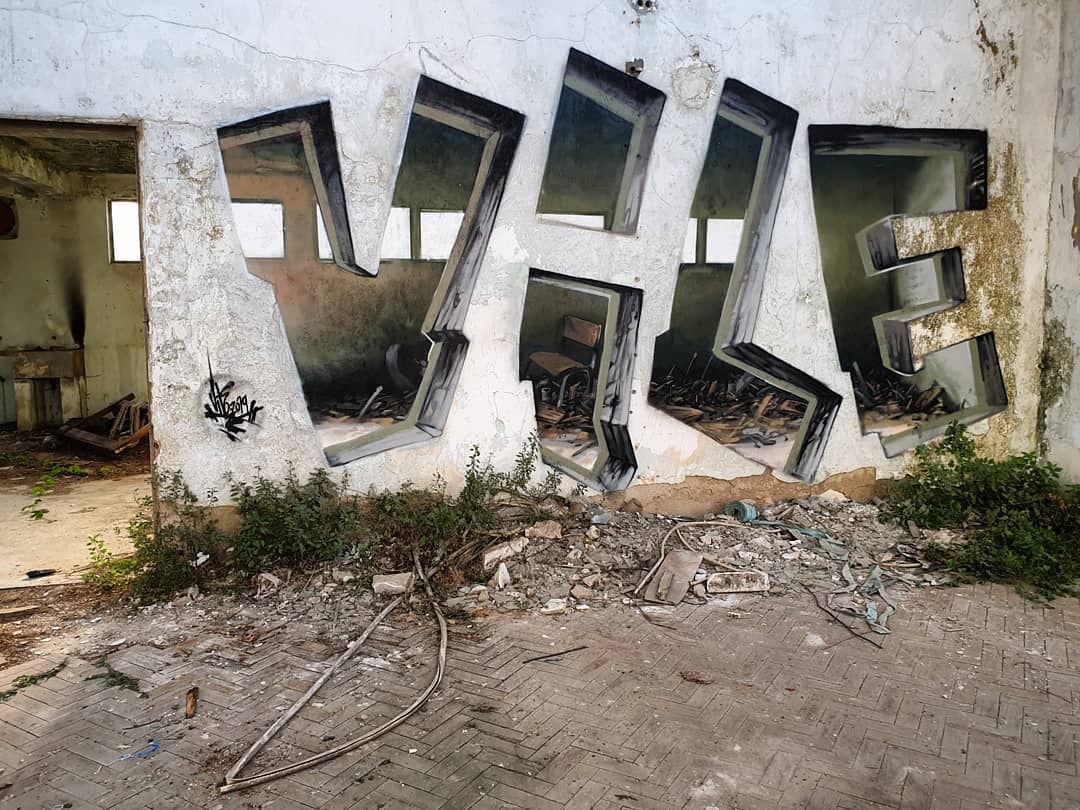 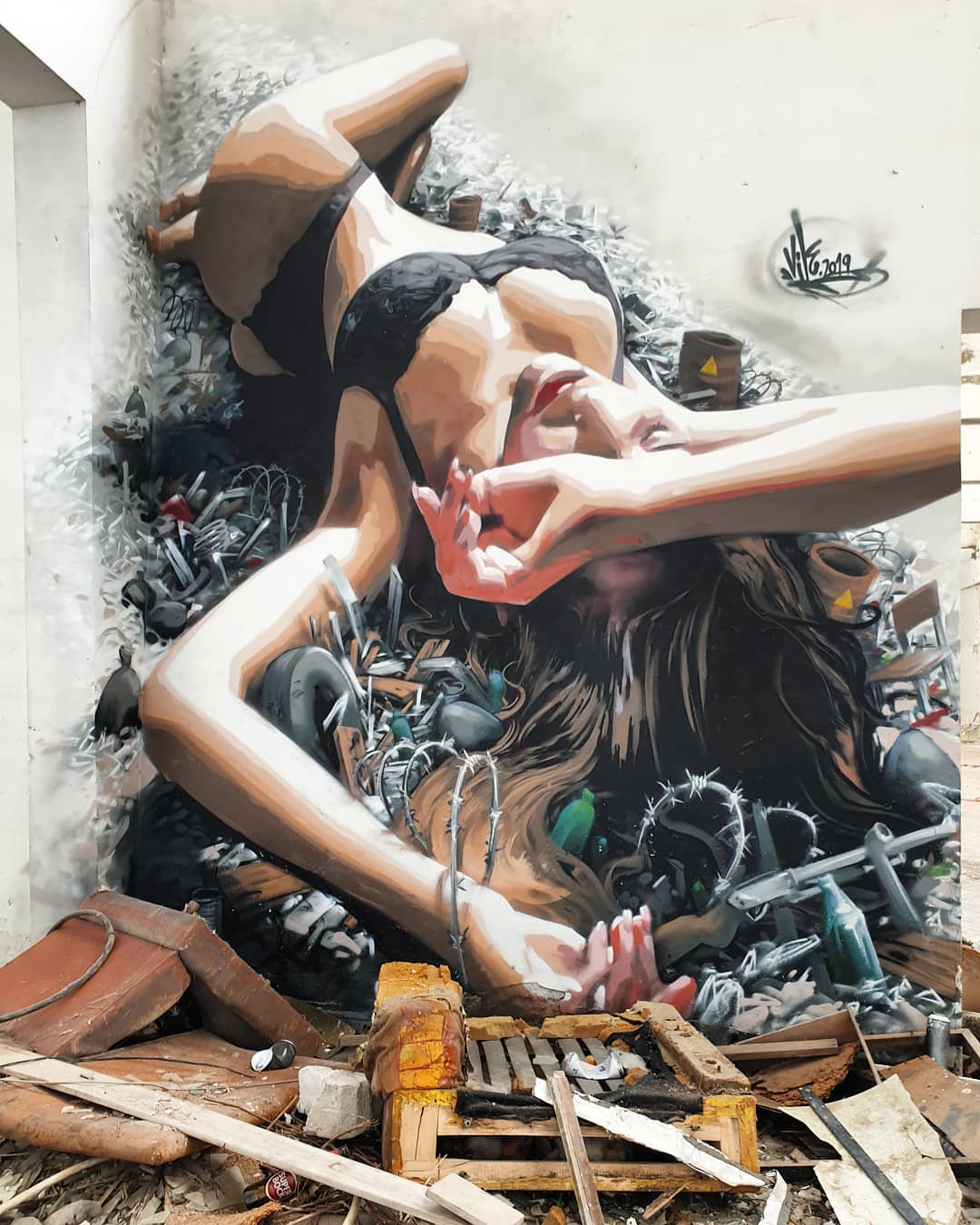 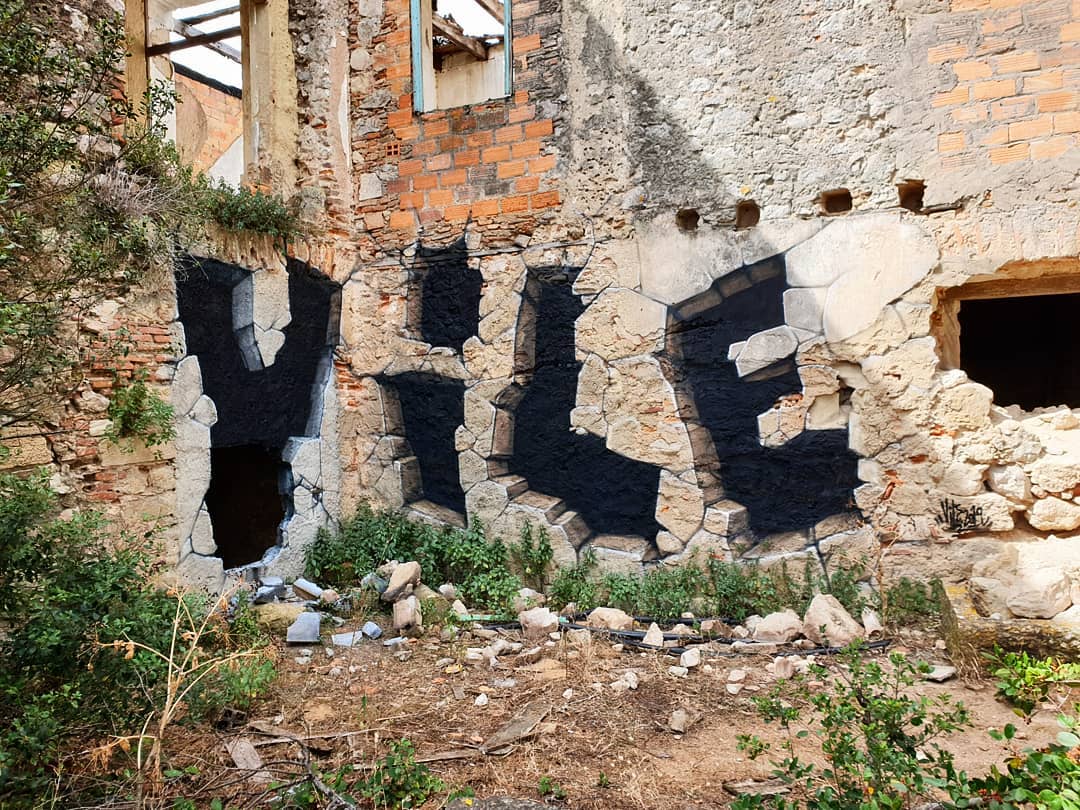 “In 1998, when he was only fourteen years old, he began to paint graffiti,” a bio says. “He graduated from 2000 to 2006, having studied in two schools in Lisbon; “ETIC” and “ARCO”, Cartoon & Animation Films and Drawing and Illustration, in this same order. 2007 was the year of start as independent artist and professional painter. Techniques such as watercolor, oil, charcoal, digital drawing and tattooing are some of the ingredients that allowed him to evolve as a Graffiti / Street-art & Mural Painting artist.”

See more of the artist’s work on his website. 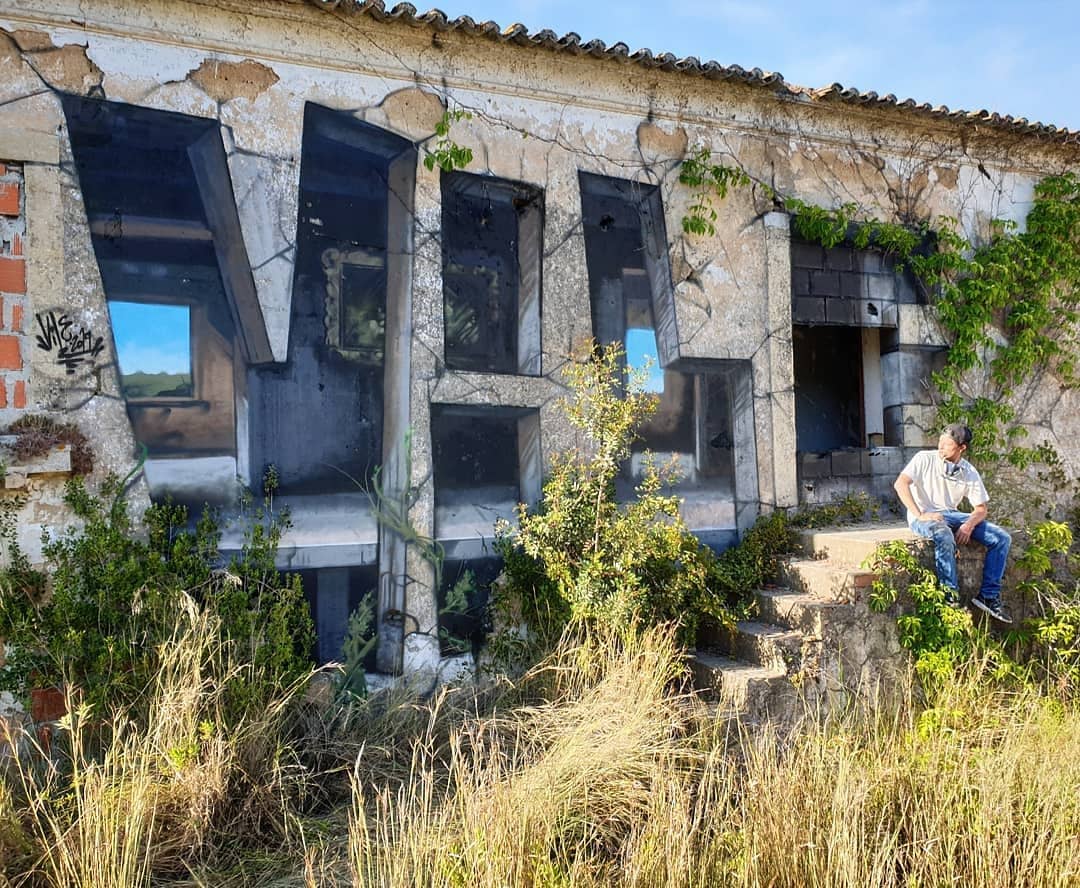 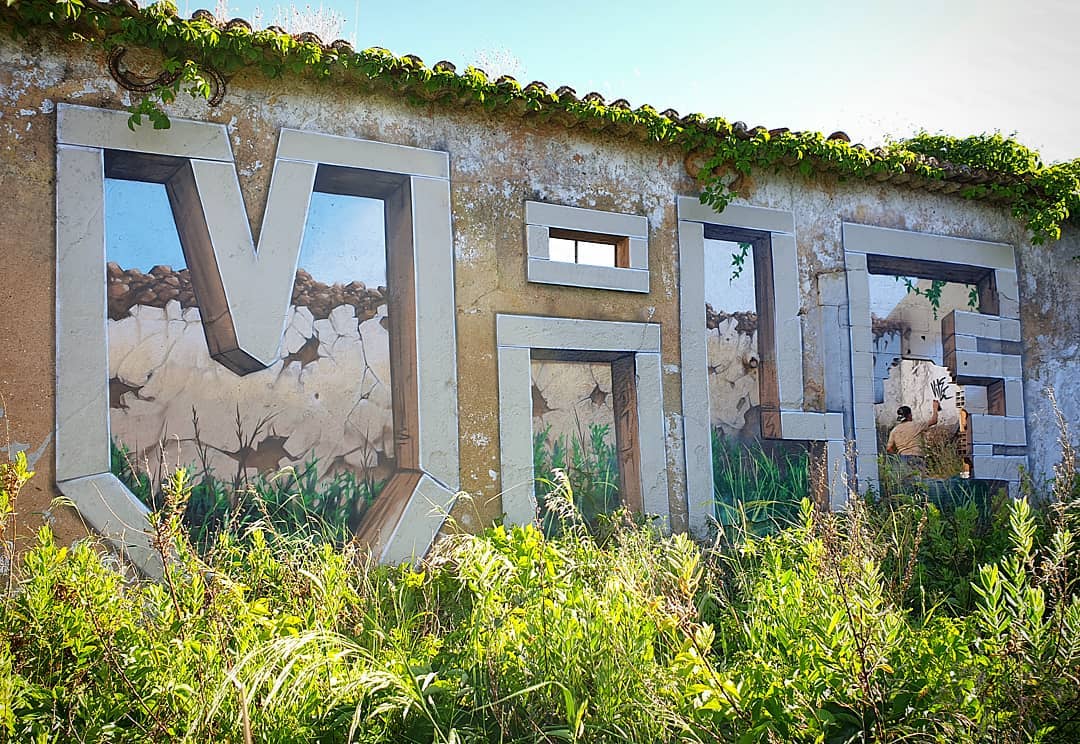 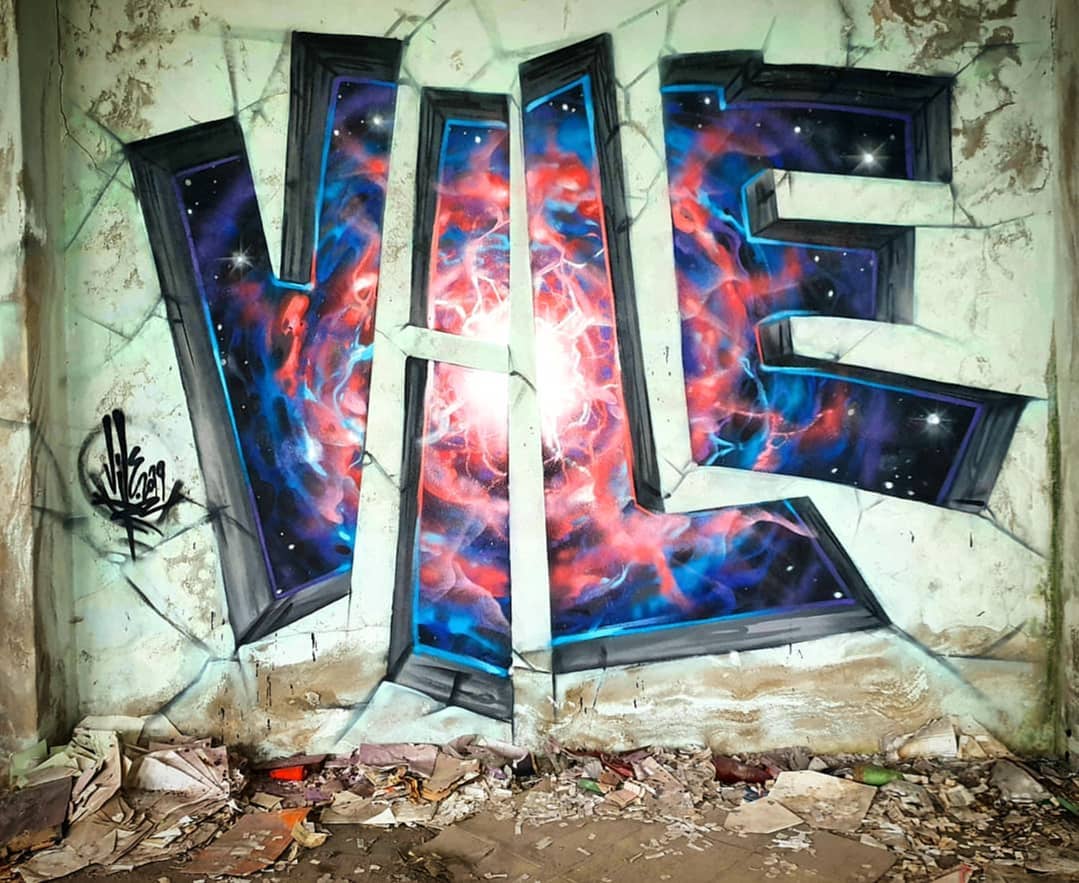 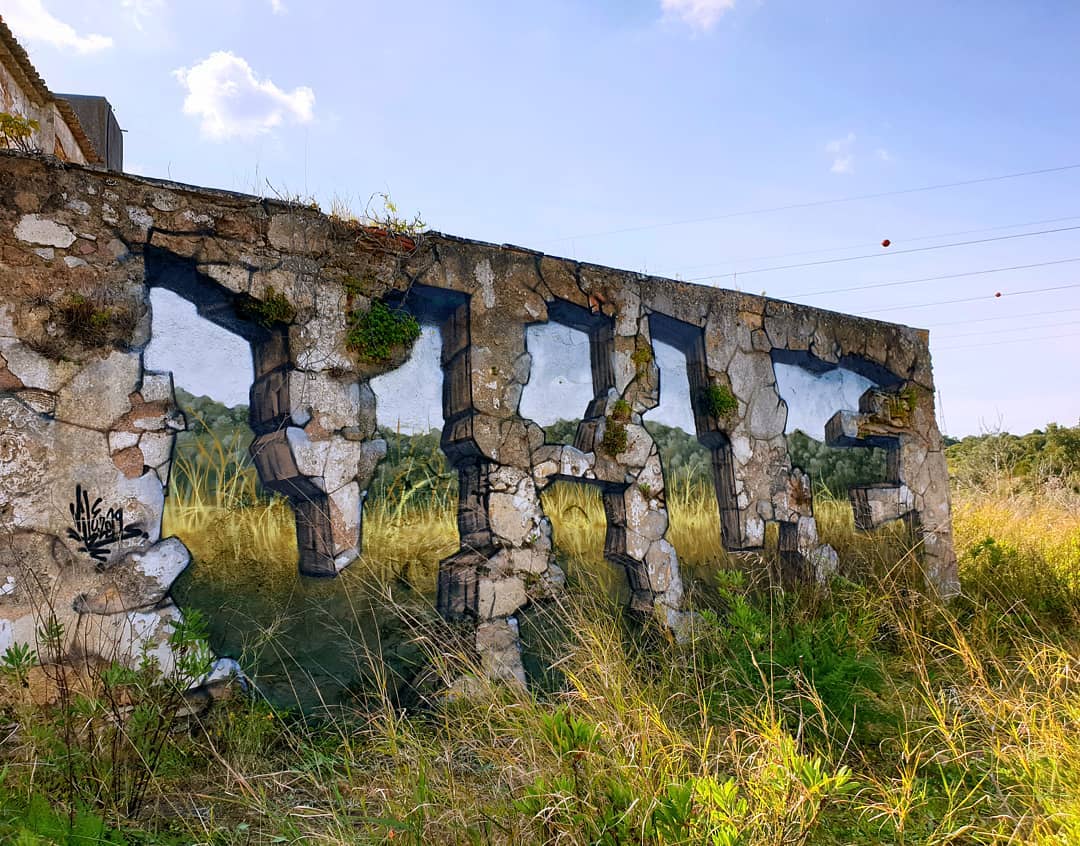