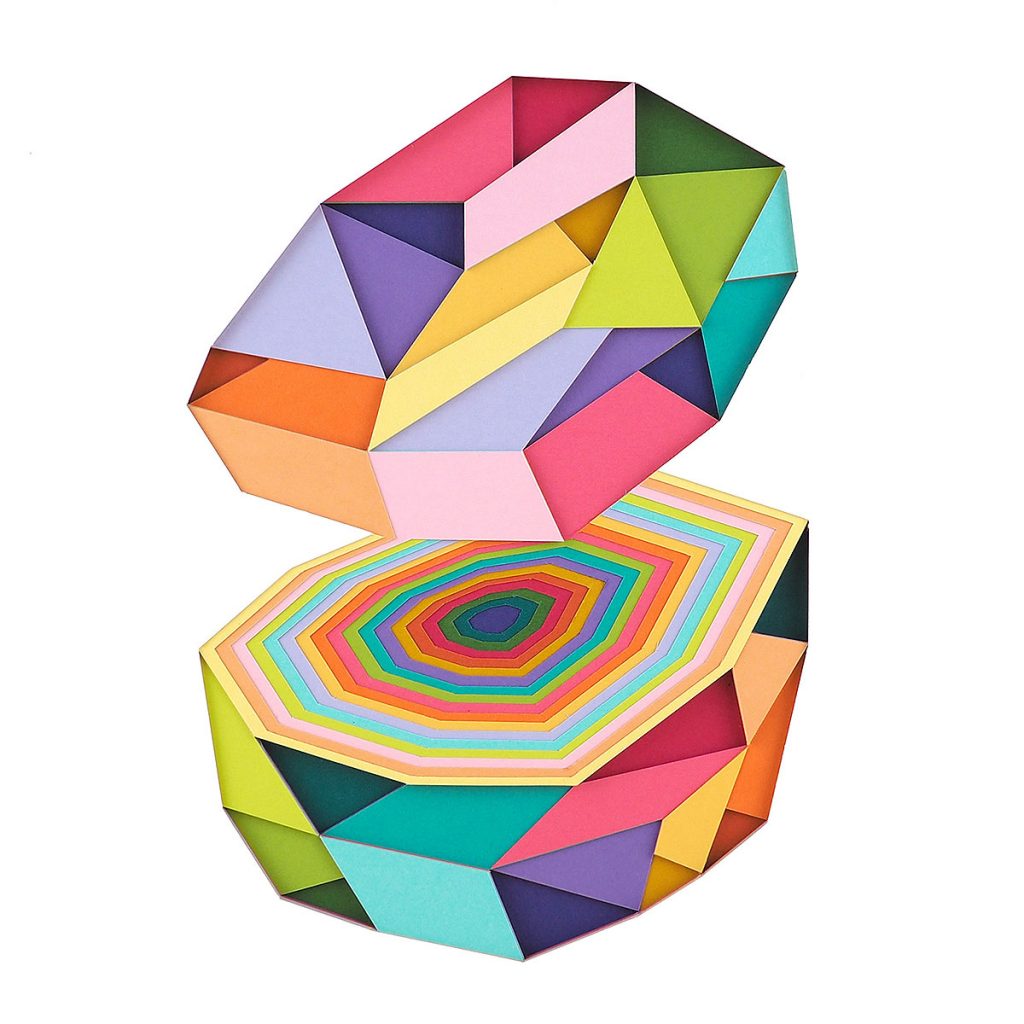 Armed with a pair of scissors, Huntz Liu’s multilayered paper collages have the viewer guessing which geometric forms offer actual depth or just give the illusion of it. With names like “Color Chasm,” “Gravity,” and “Boxy Configurations,” the artist acknowledges that playful deception that carries across the works in his new show at Thinkspace Projects, which runs through Oct. 5 at the space. 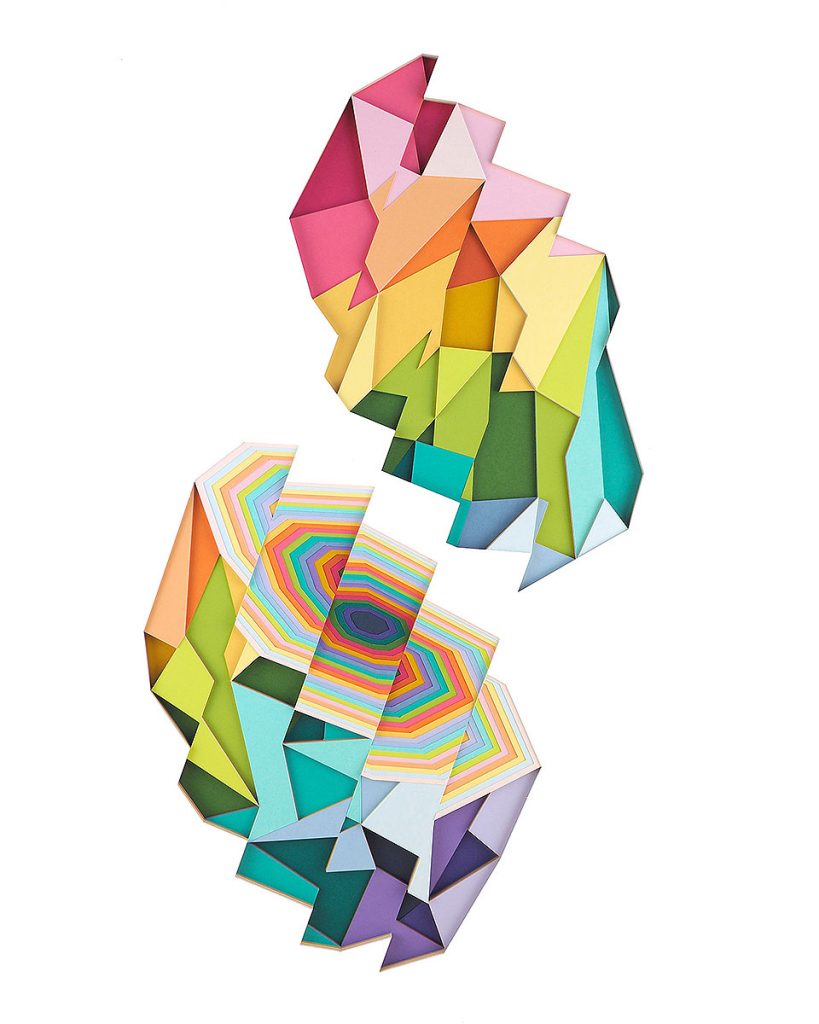 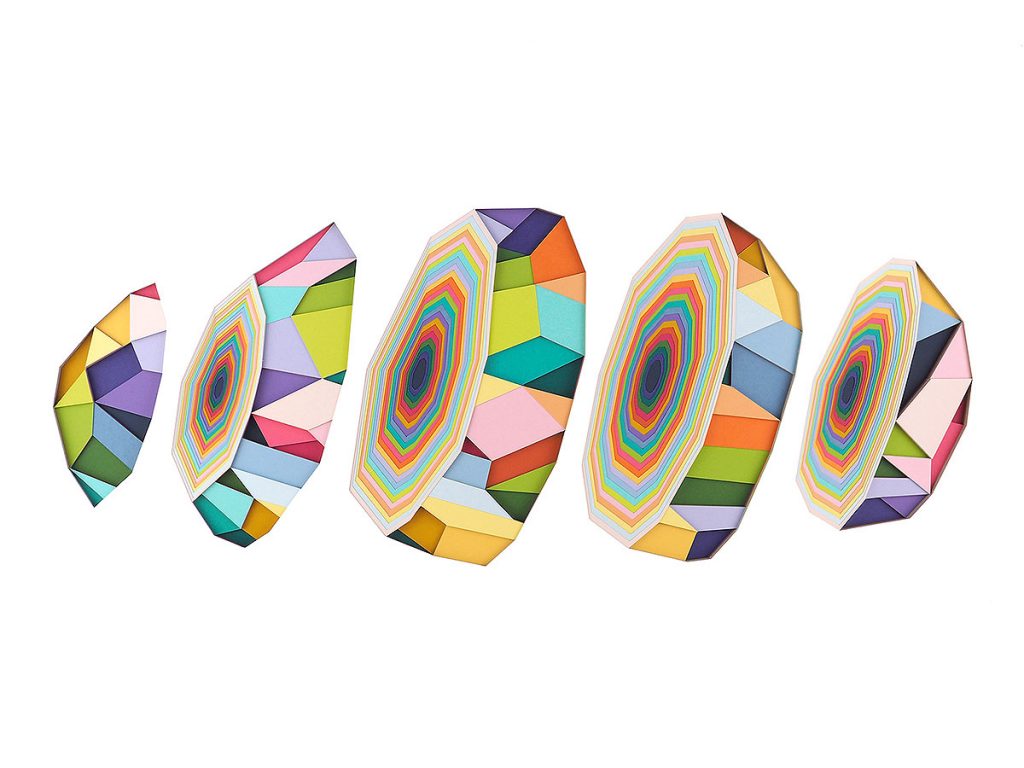 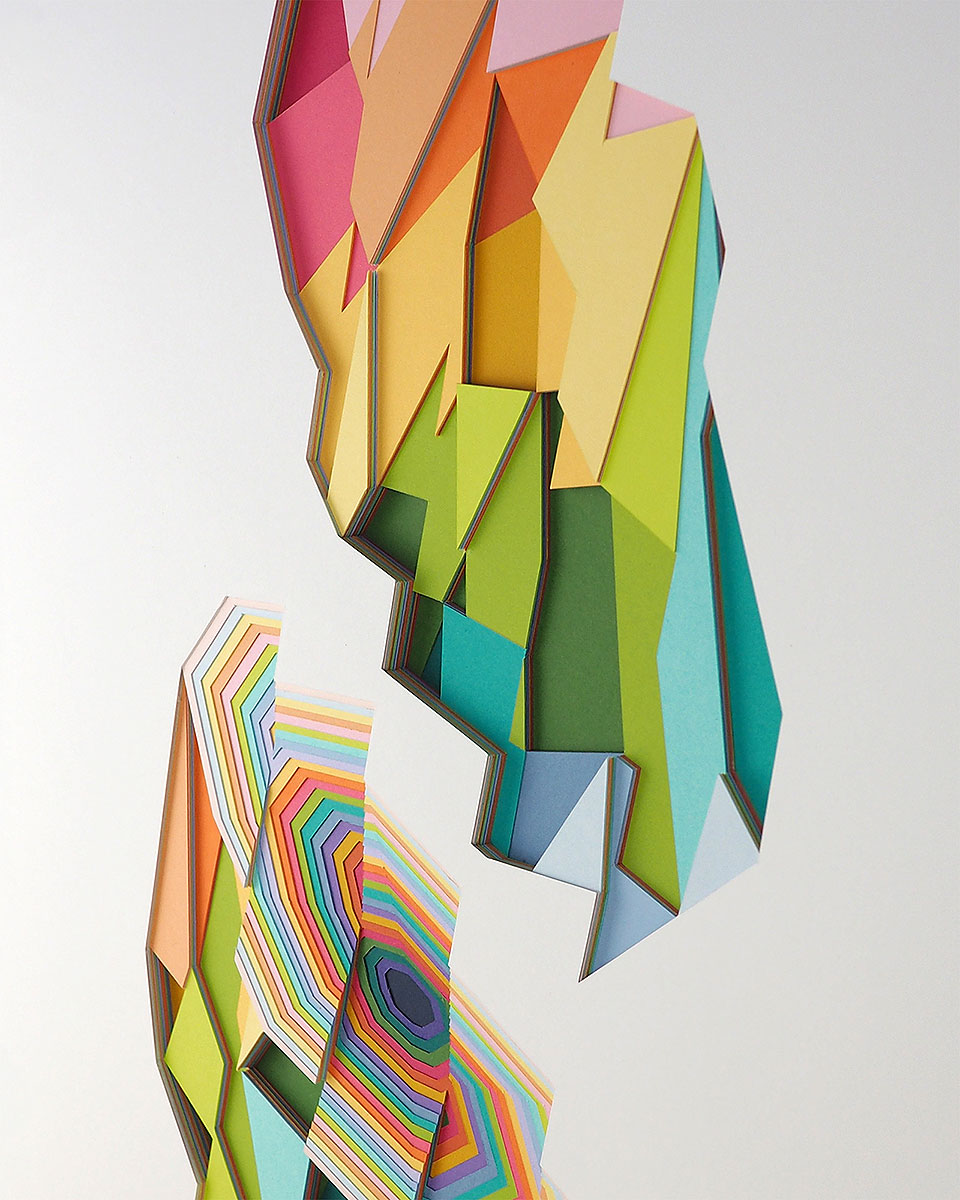 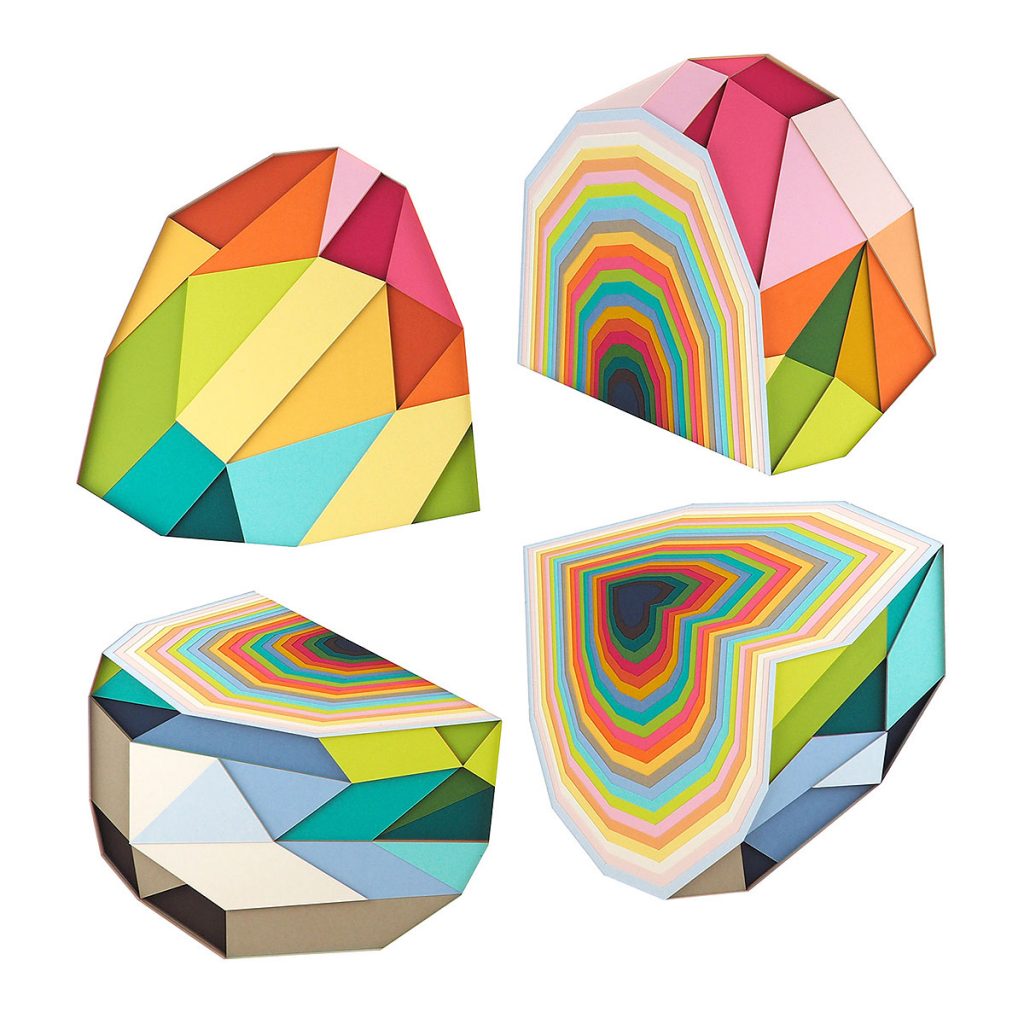 “These compositions are comprised of shapes that sit on different planes, creating literal depth, while the composition itself creates a perceived depth,” Liu told the gallery. “It is this intersection of the literal and perceived that informs the work; where the absence of material reveal form and the casting of shadow create the line.”

See more works from the show on Thinkspace’s page and Liu’s site. 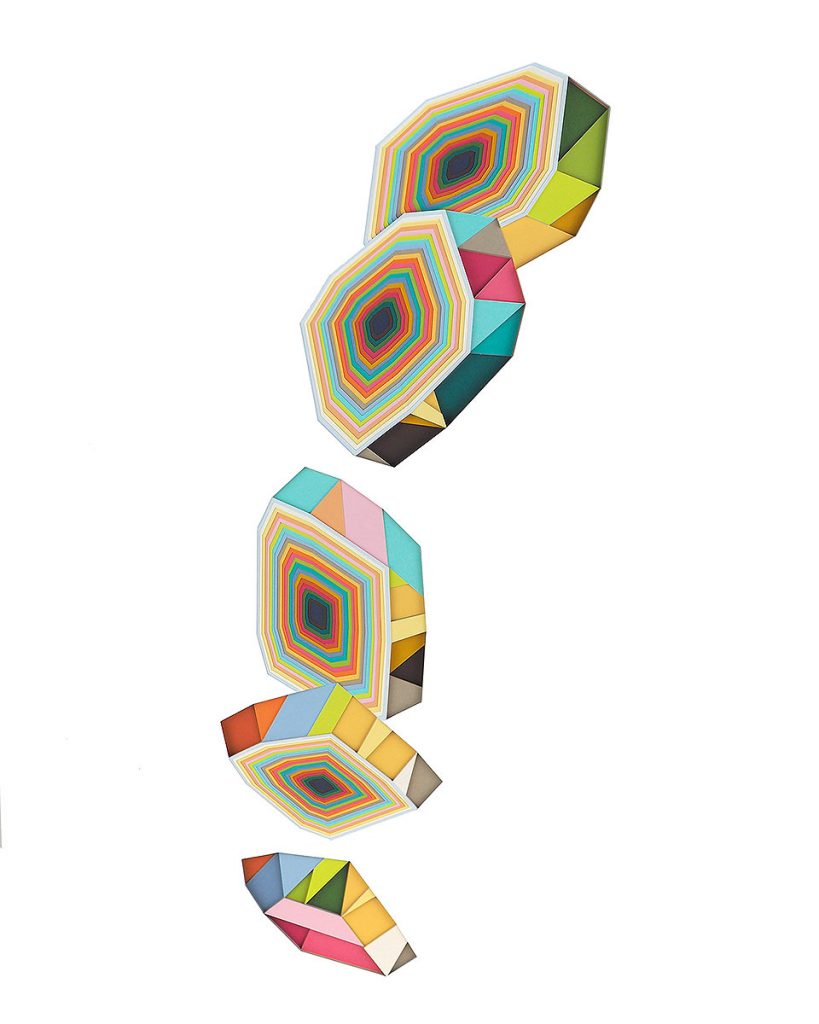 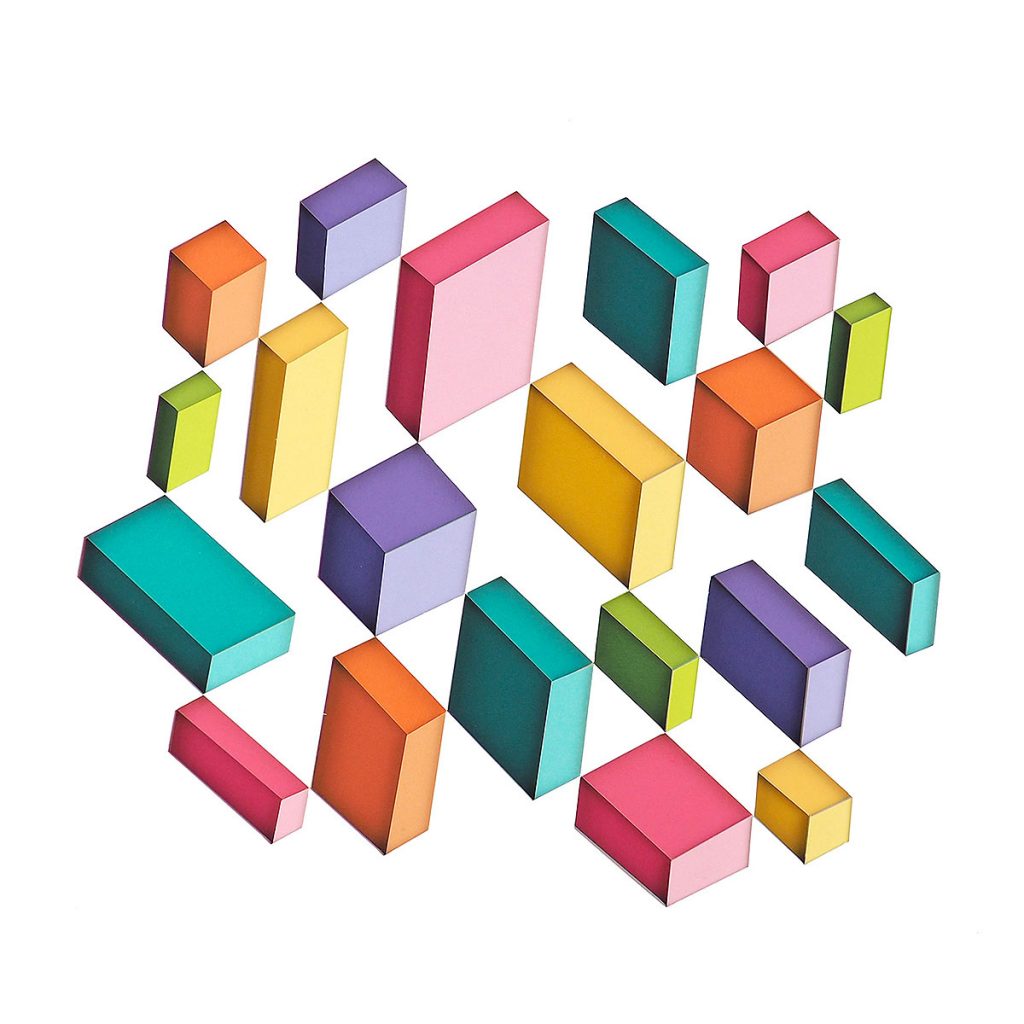 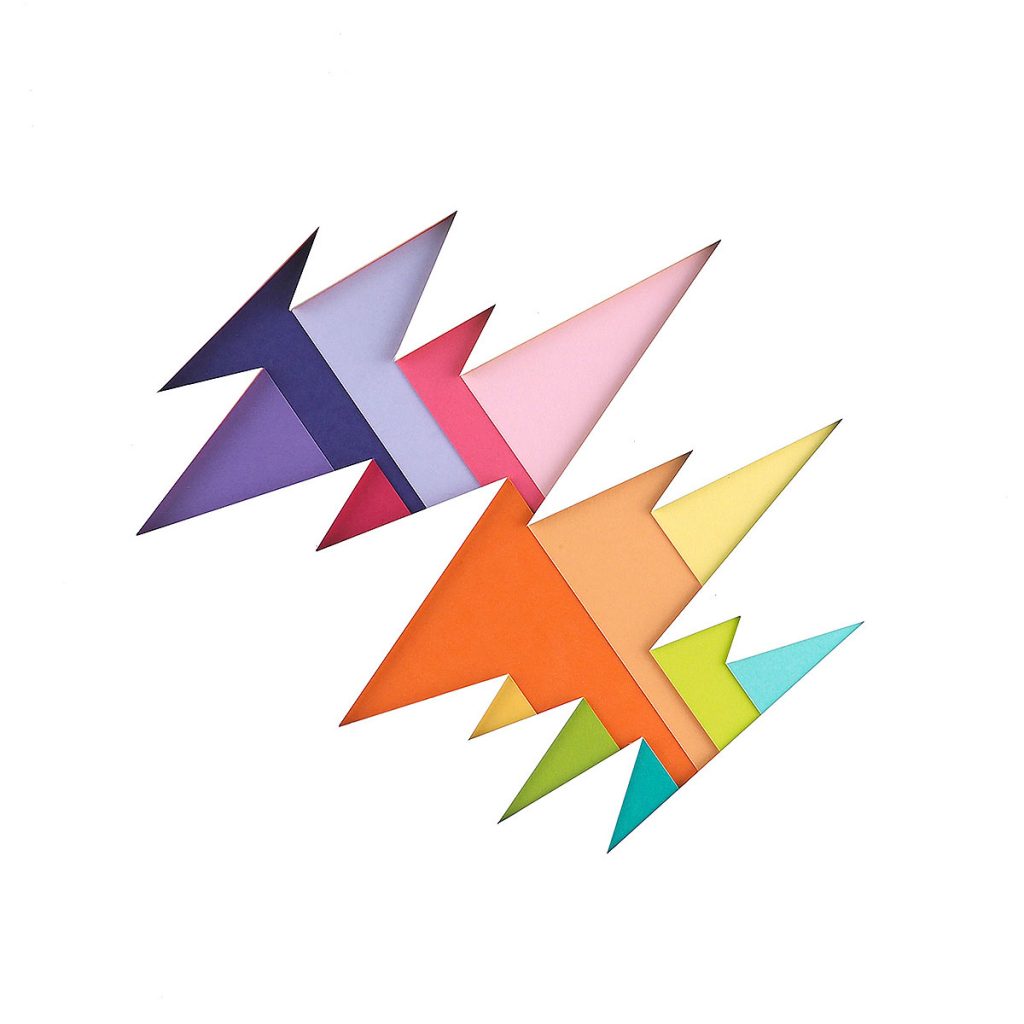 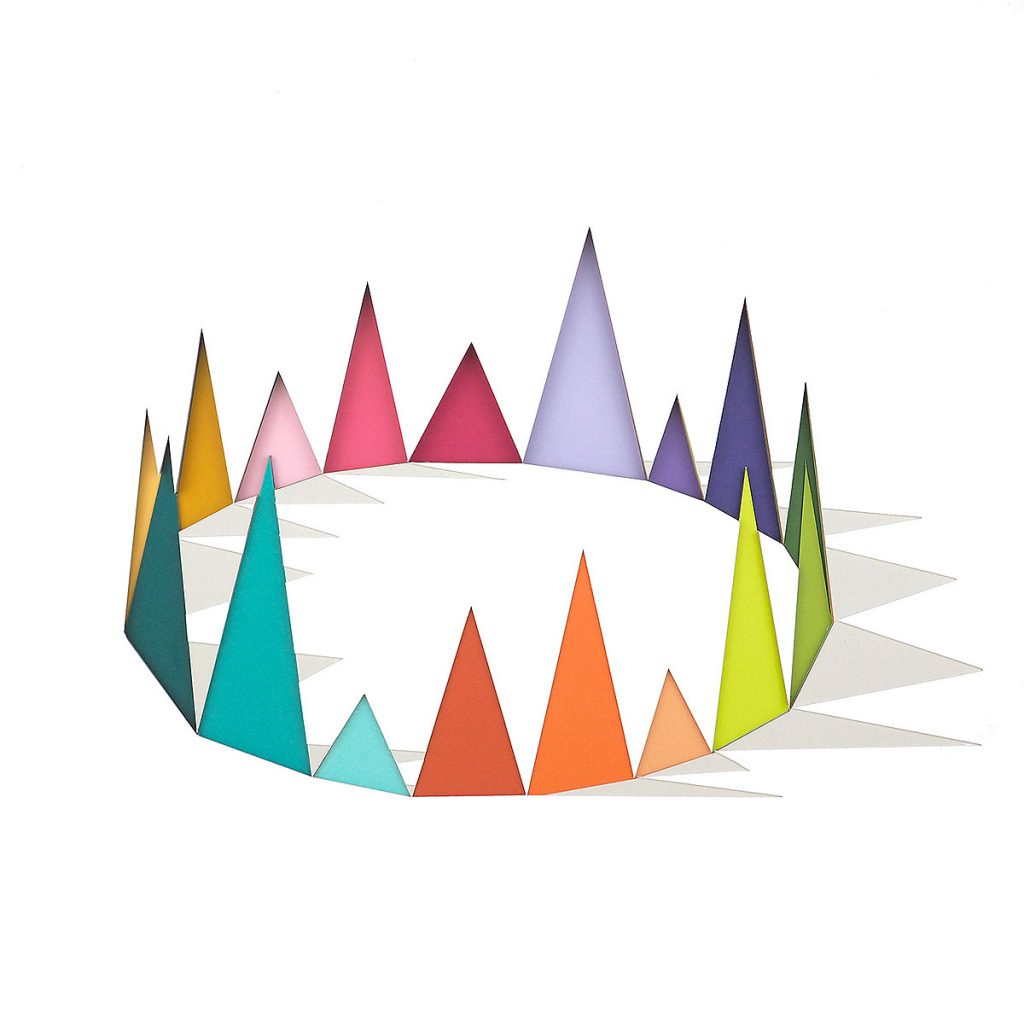 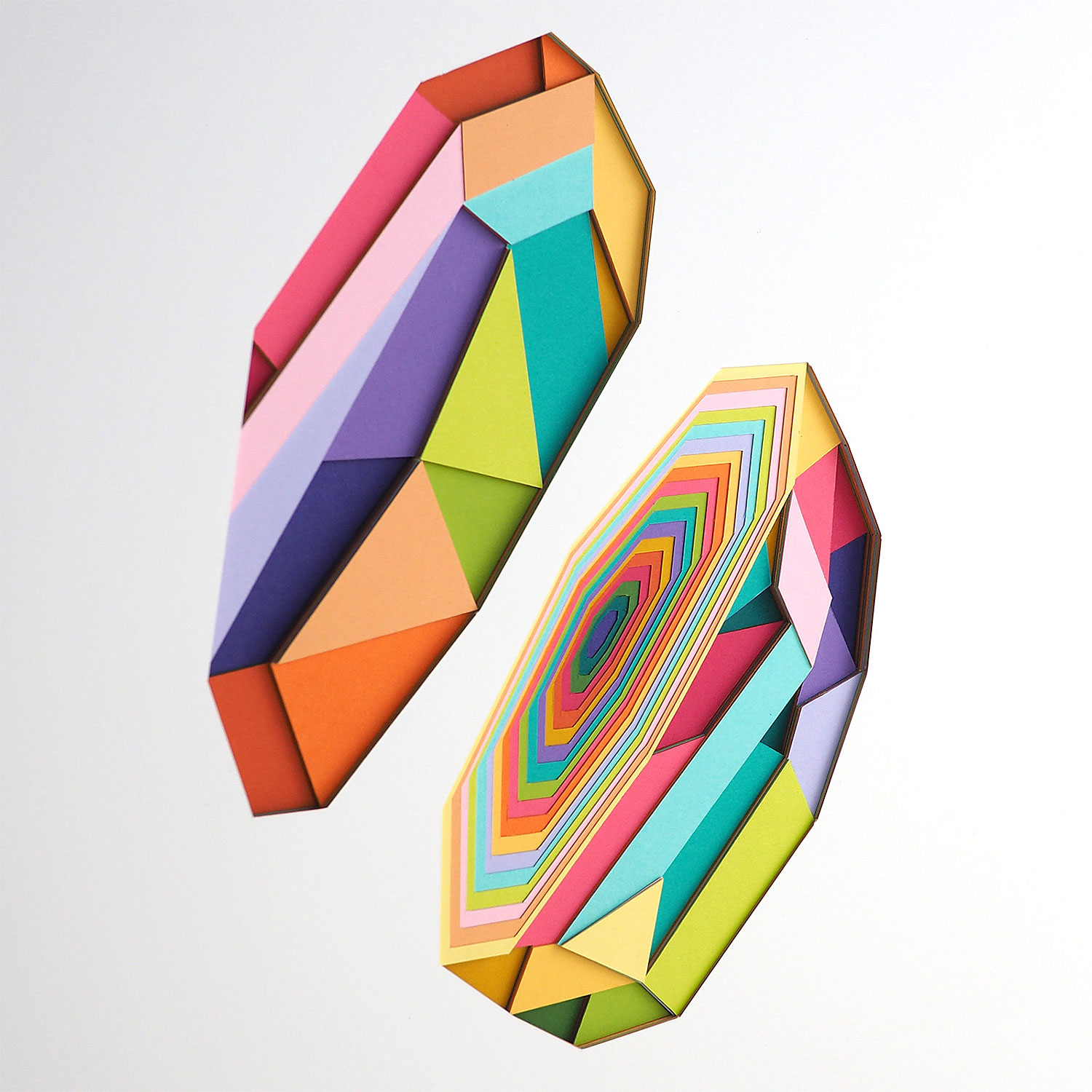