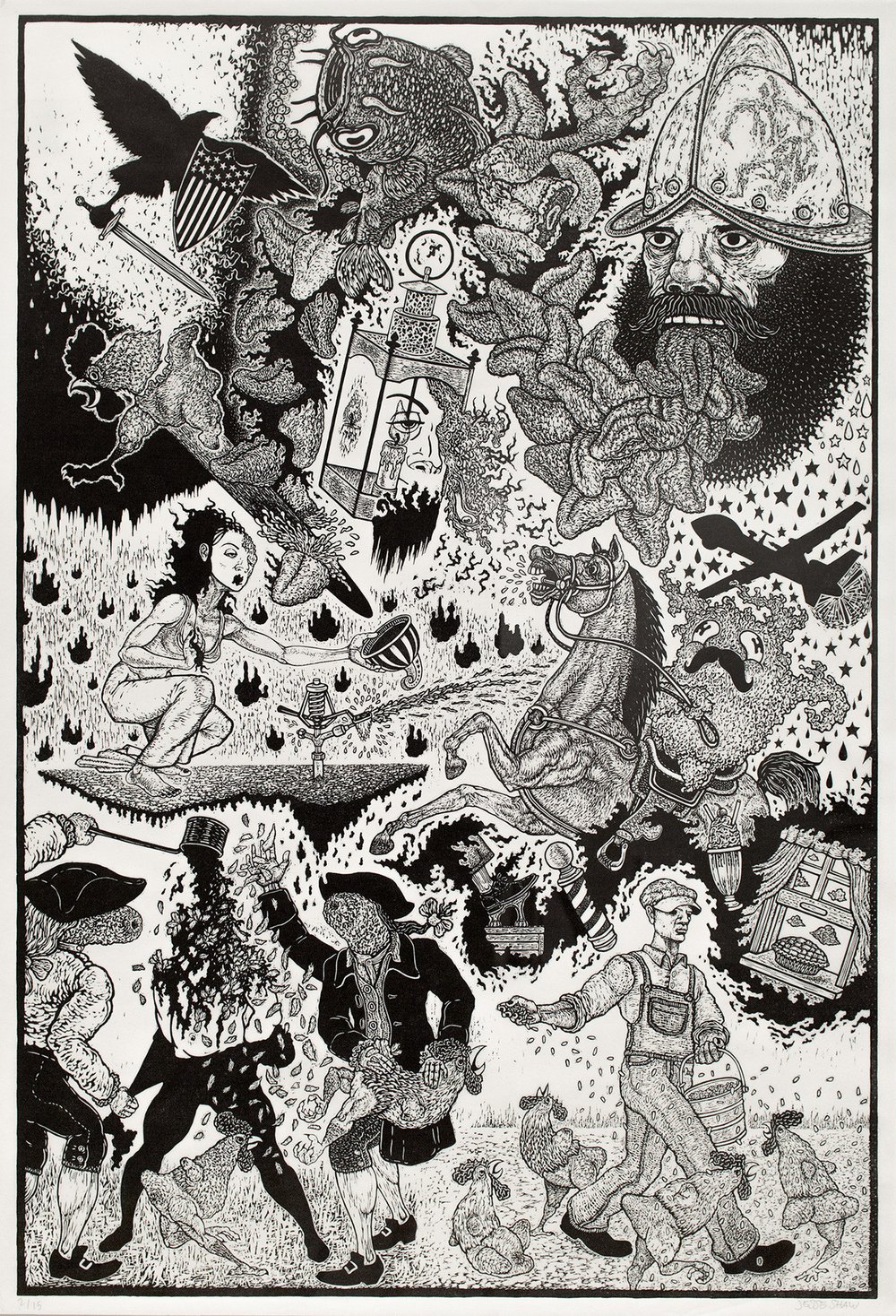 In Jesse Shaw’s “American Epic” series of hand-pulled linocut prints, the artist offers his interpretation of the American story, traversing consumerism, ritualism, technology, and other aspects in massive graphical works. So far, he’s completed more than half of the planned 50 prints in the series. 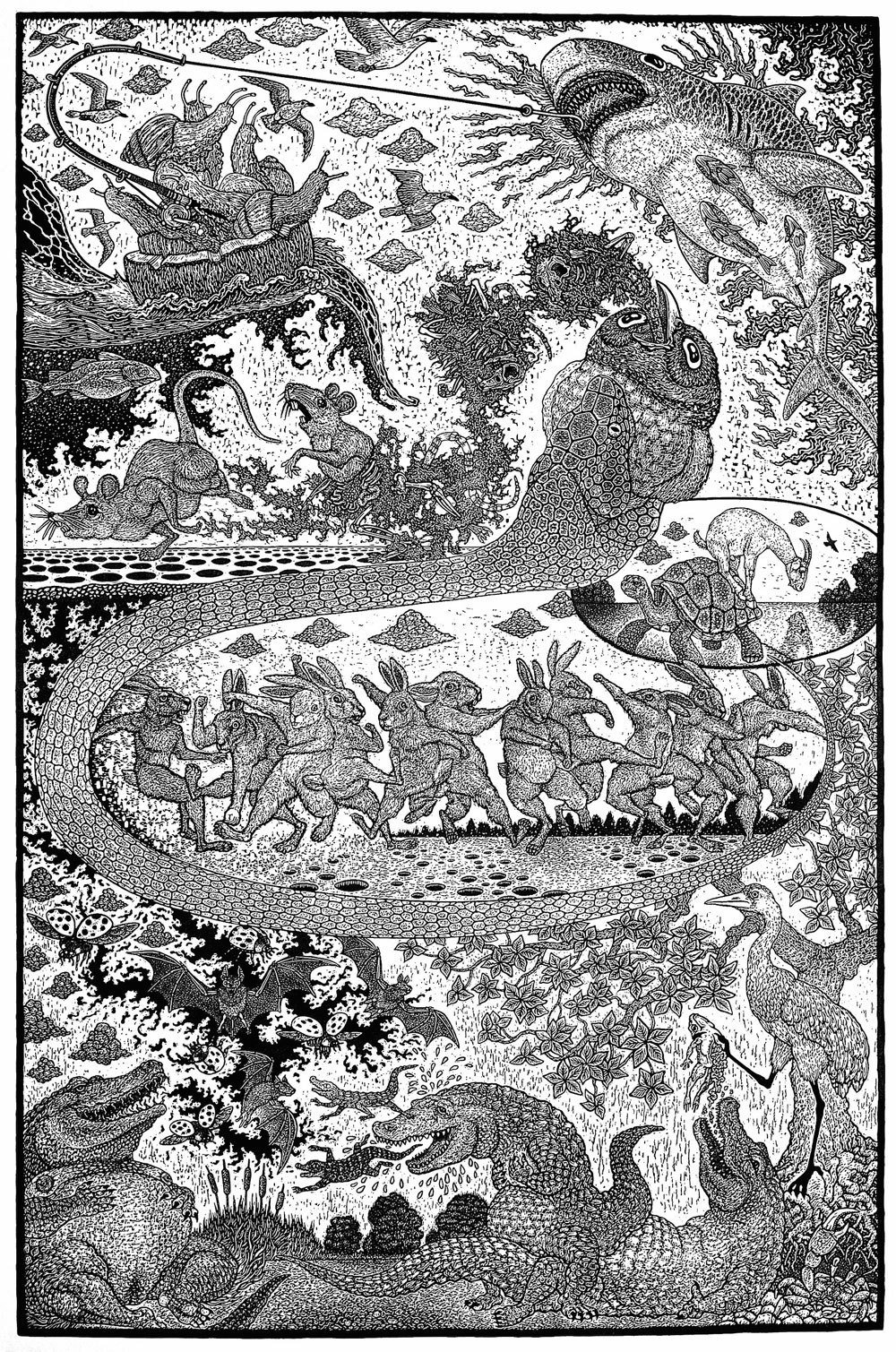 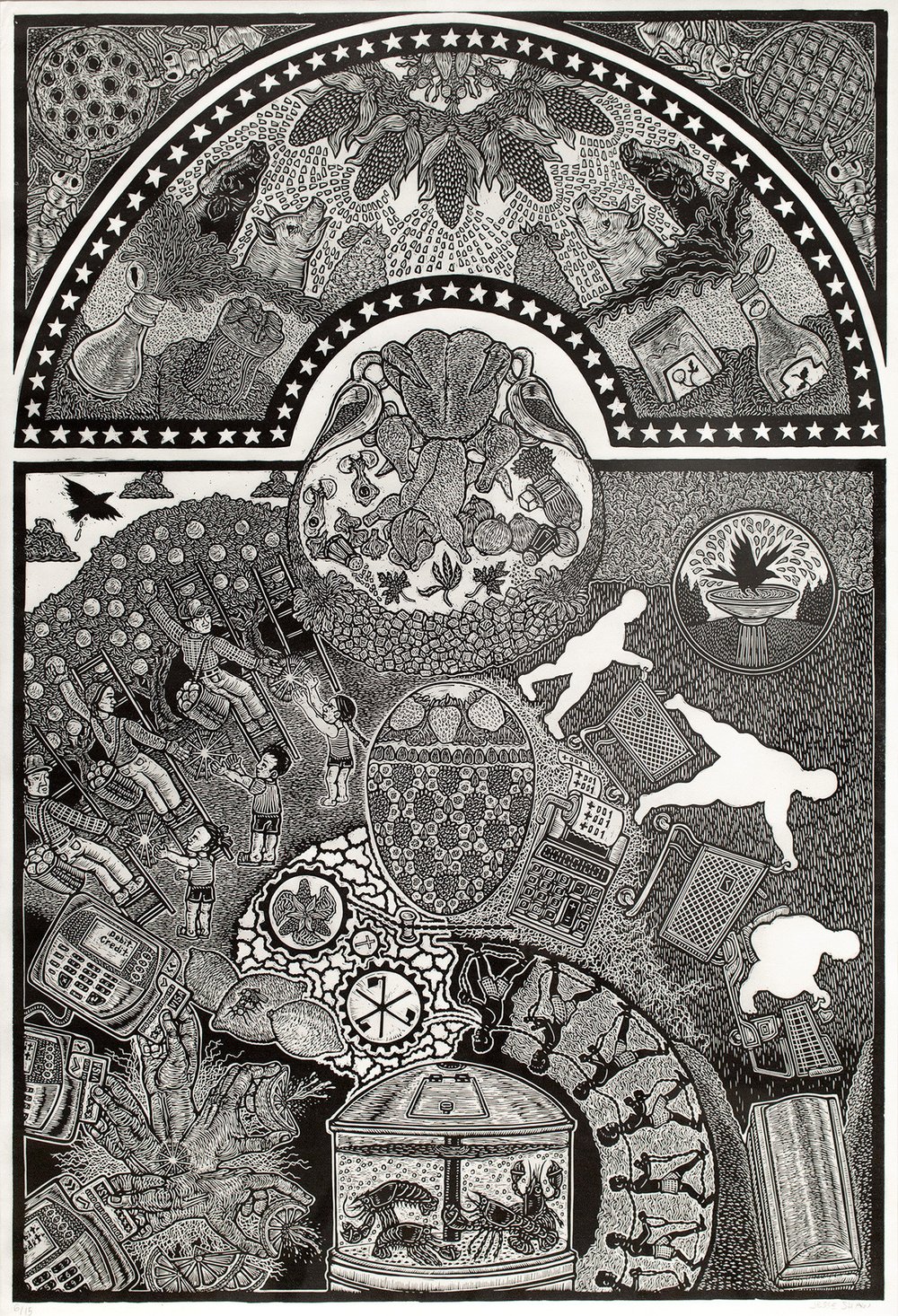 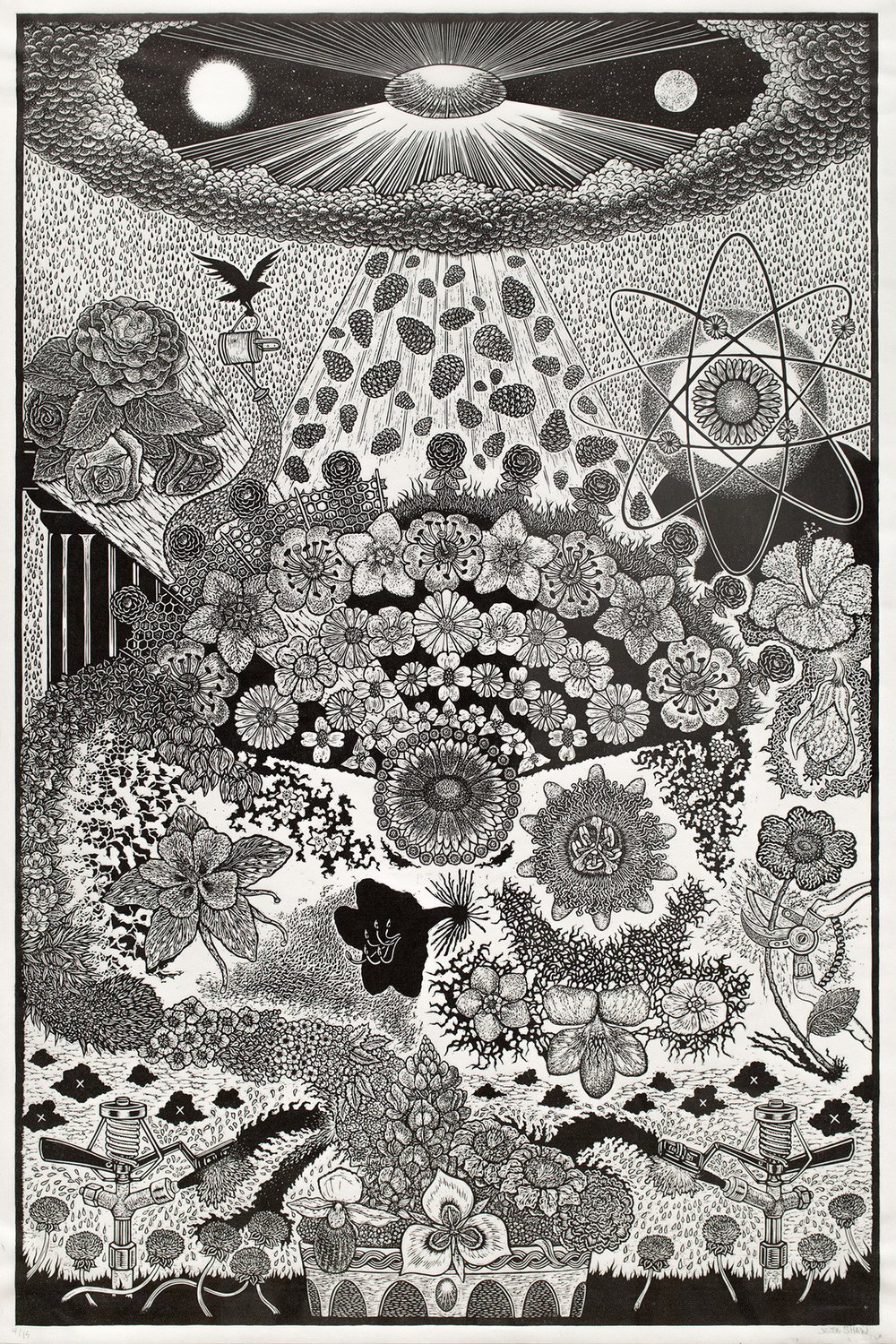 He offered Paradigm Arts some context for the creation of the series: “I traveled to Dartmouth College in New Hampshire to study Jose Clemente Orozco’s mural “The Epic of American Civilization” in 2008. Upon seeing the mural in person I was struck by how powerful the work is and spent an afternoon admiring the imagery. This mural was the initial inspiration that motivated me to begin my interpretation of the American Story. This interest in Orozco’s work led me to Mexico to study Mexican printmaking and the works of other Mexican muralists including Diego Rivera, and David Alfaro Siqueiros. The intensity and sincerity in the murals, along with the history of the political and social purpose of printmaking in Mexico, brought me to working on prints in the style of muralism.”

See more of Shaw’s work on his site. 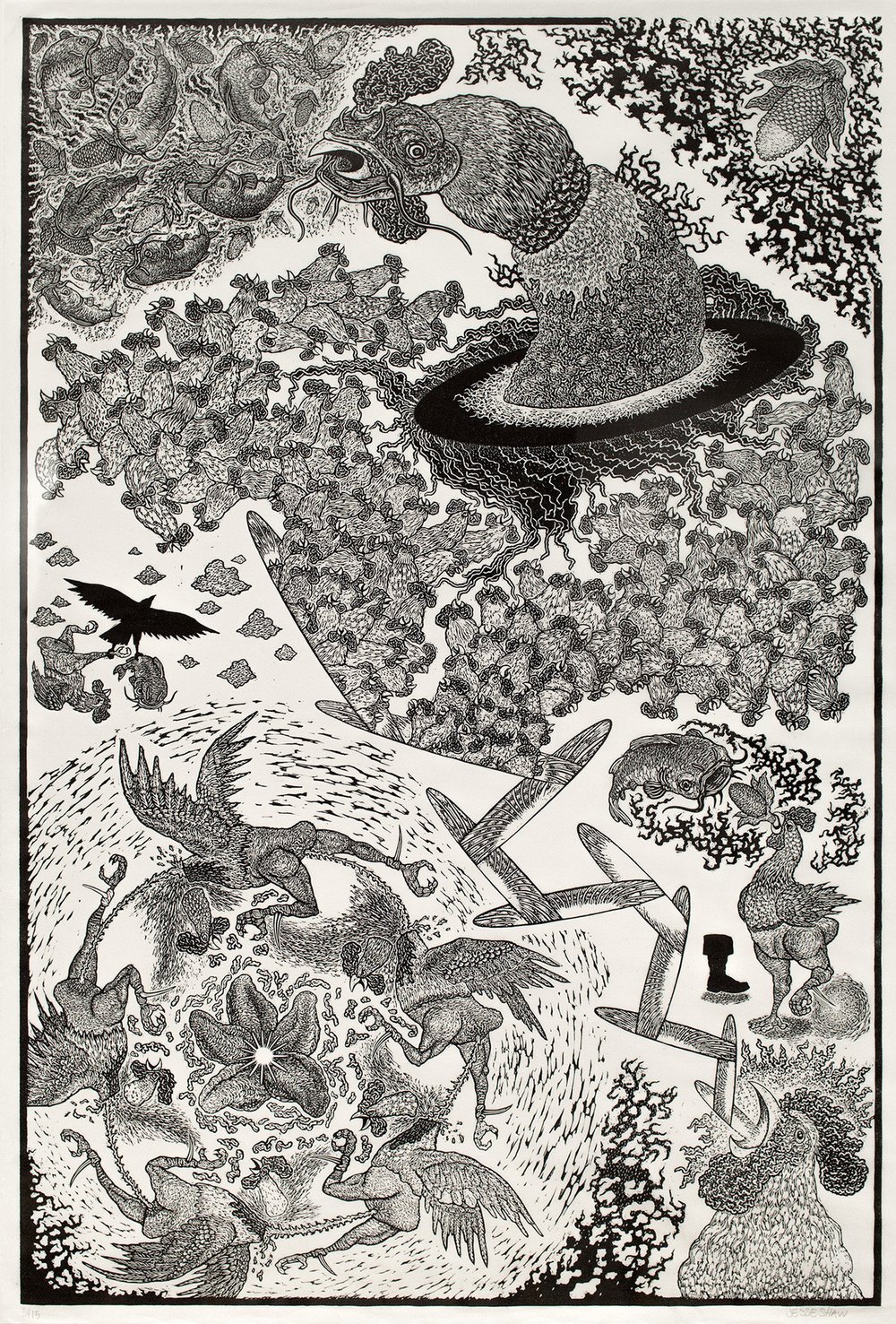 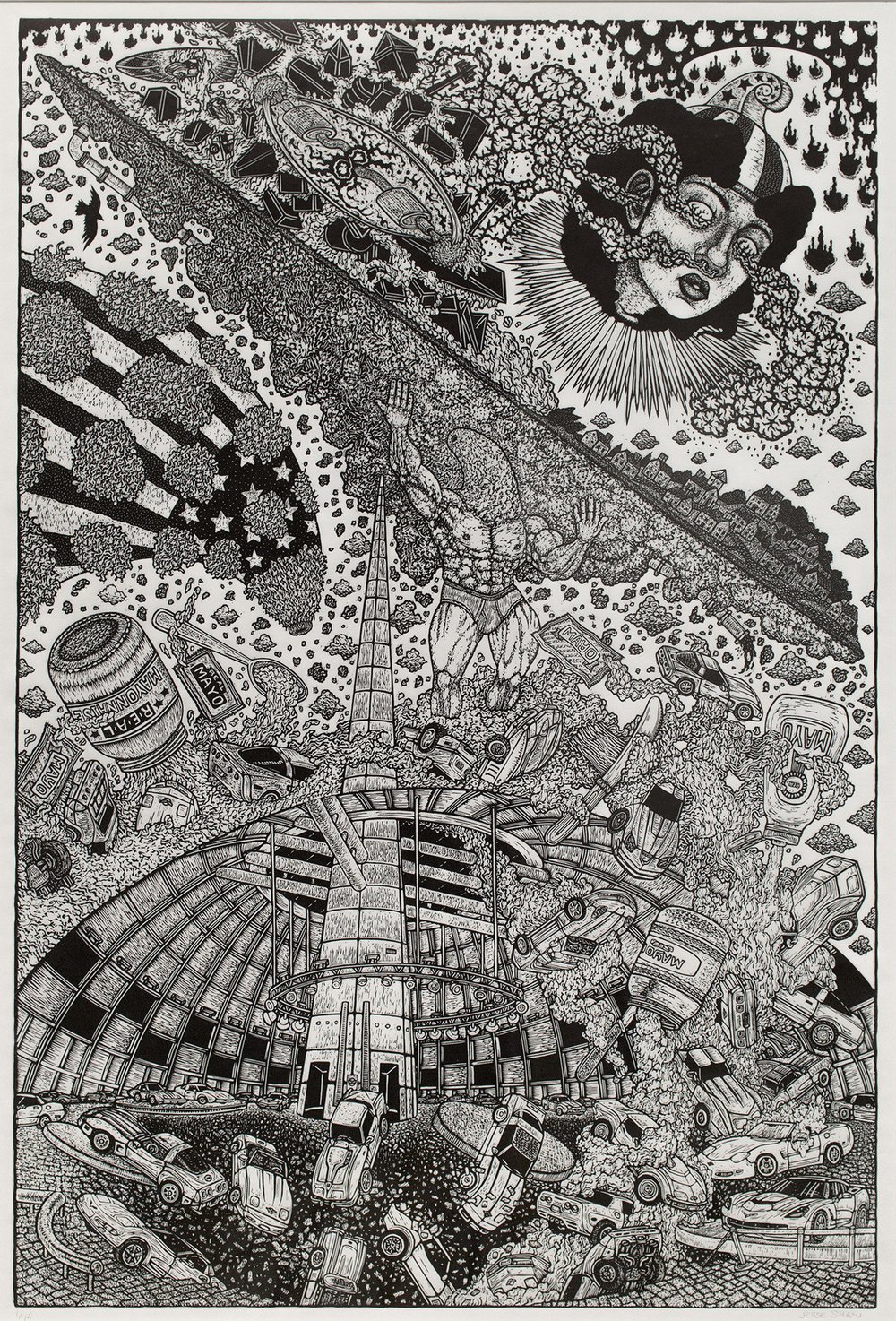 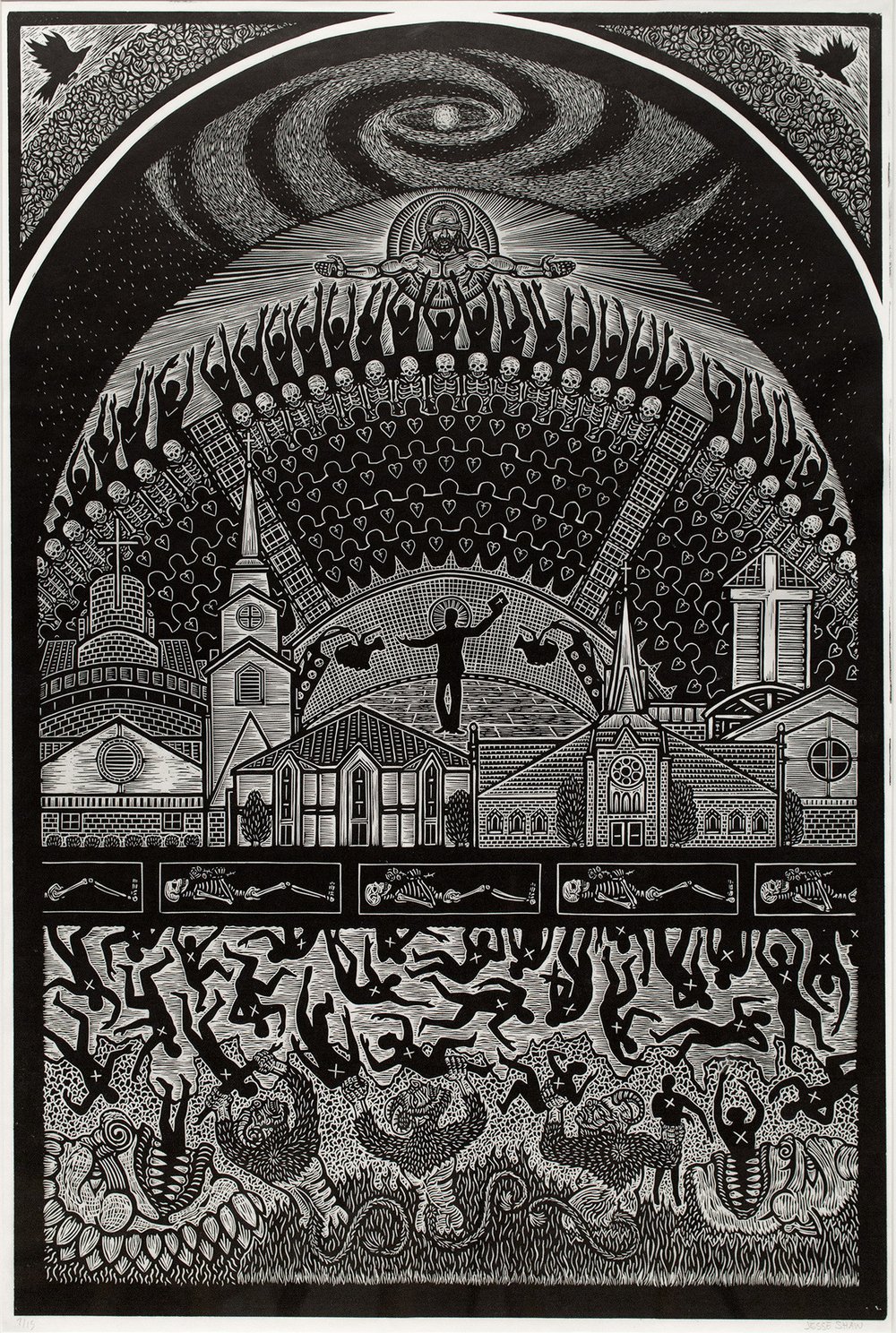