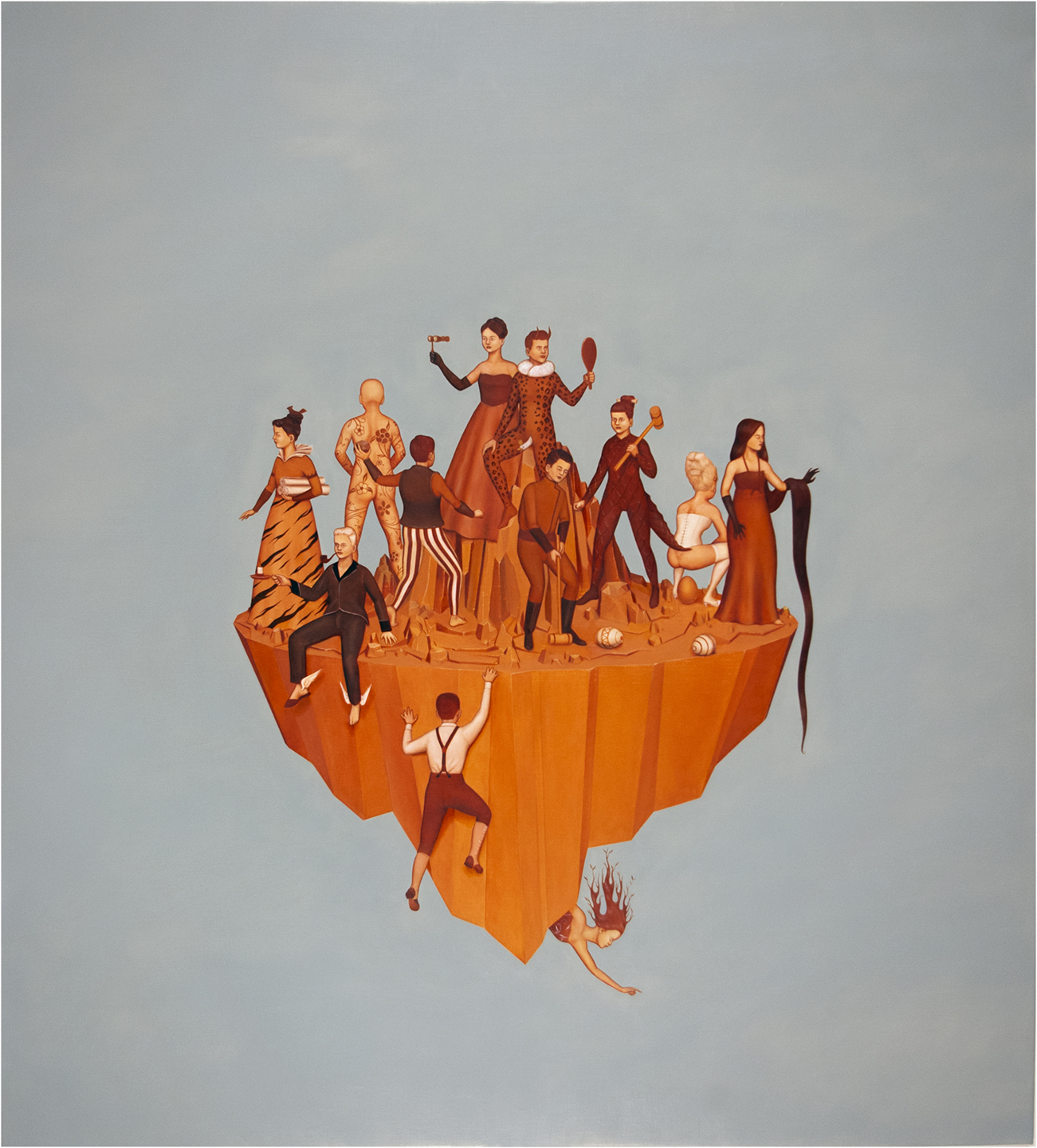 Painter Edward del Rosario’s theatrical, yet controlled tableaus carry cross-cultural references. Often in the artist’s work, each of the characters seem to have their own narrative or motivation, creating a piece teeming with both humor and surprising complexity, once absorbed. 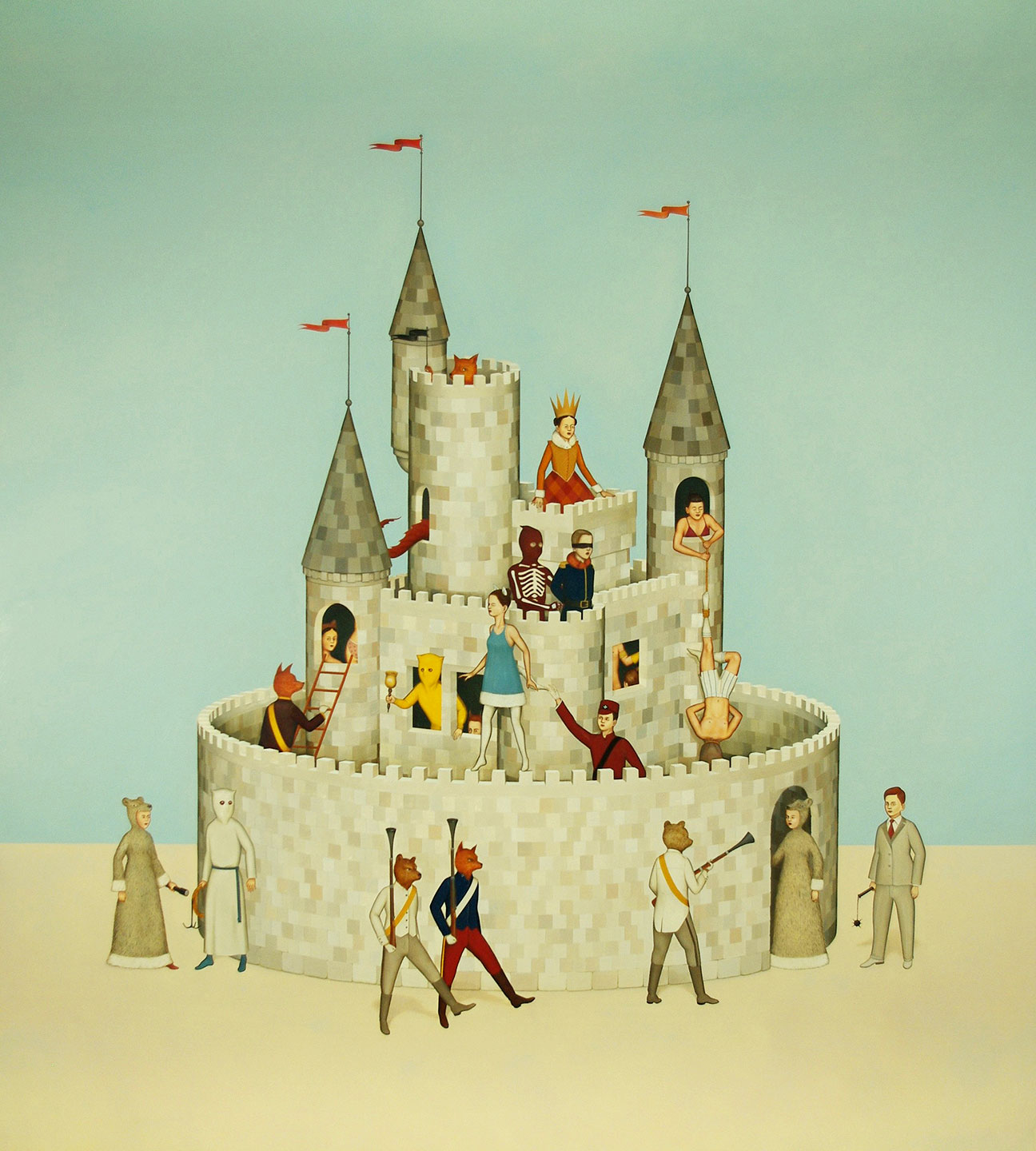 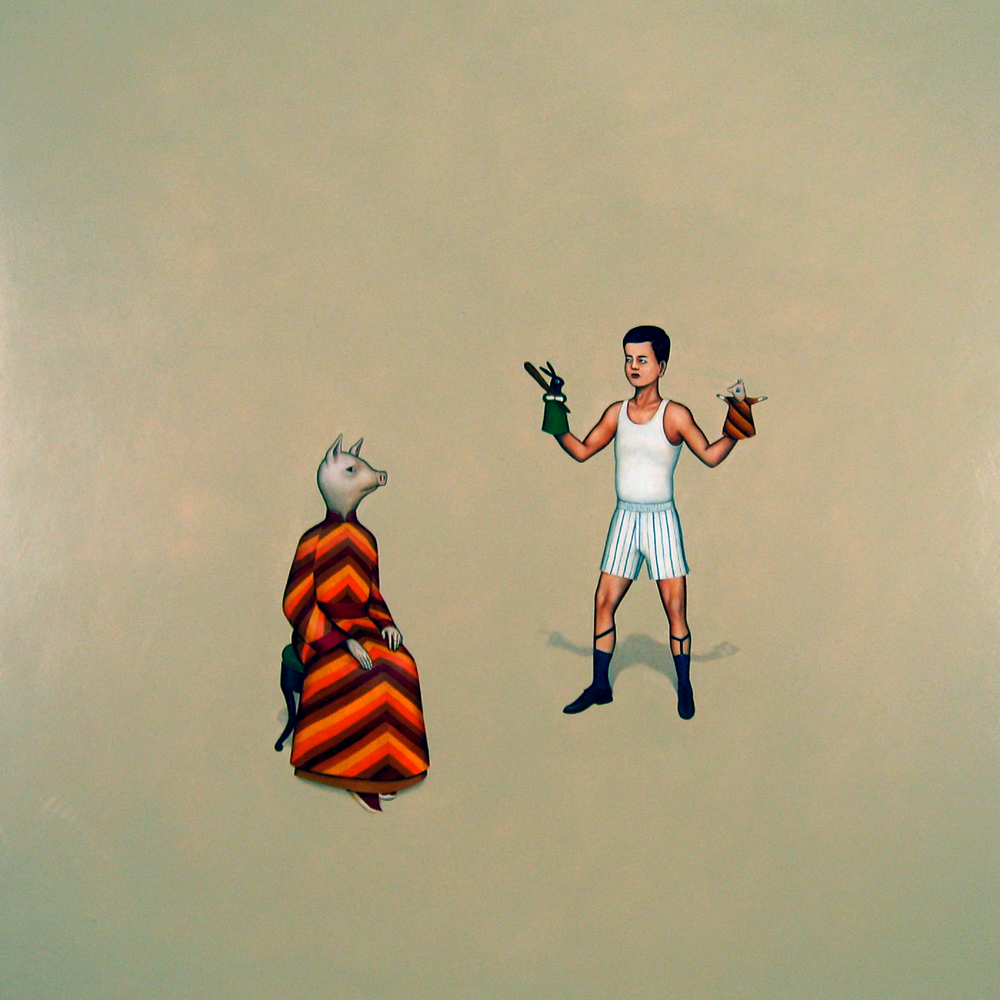 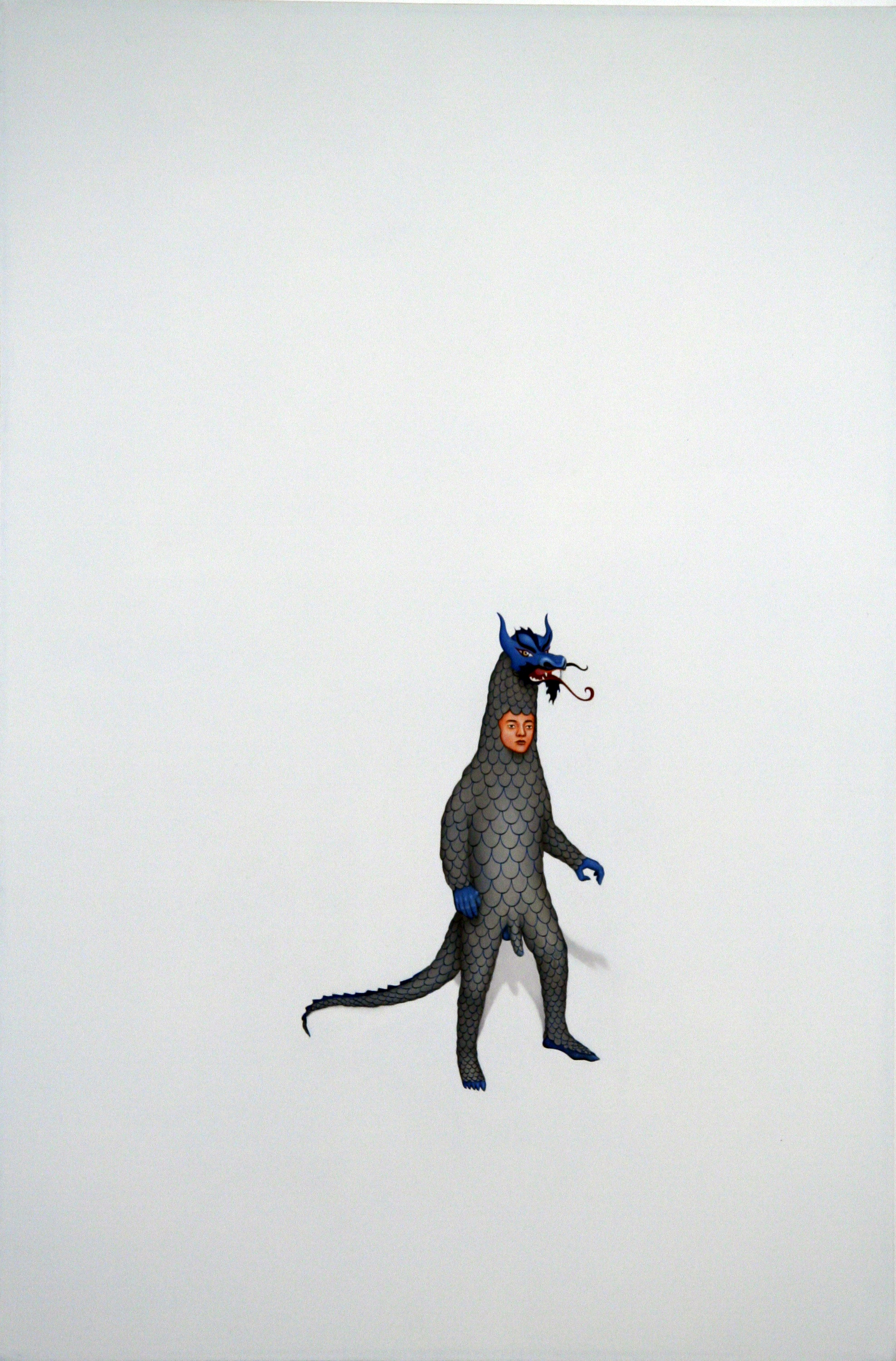 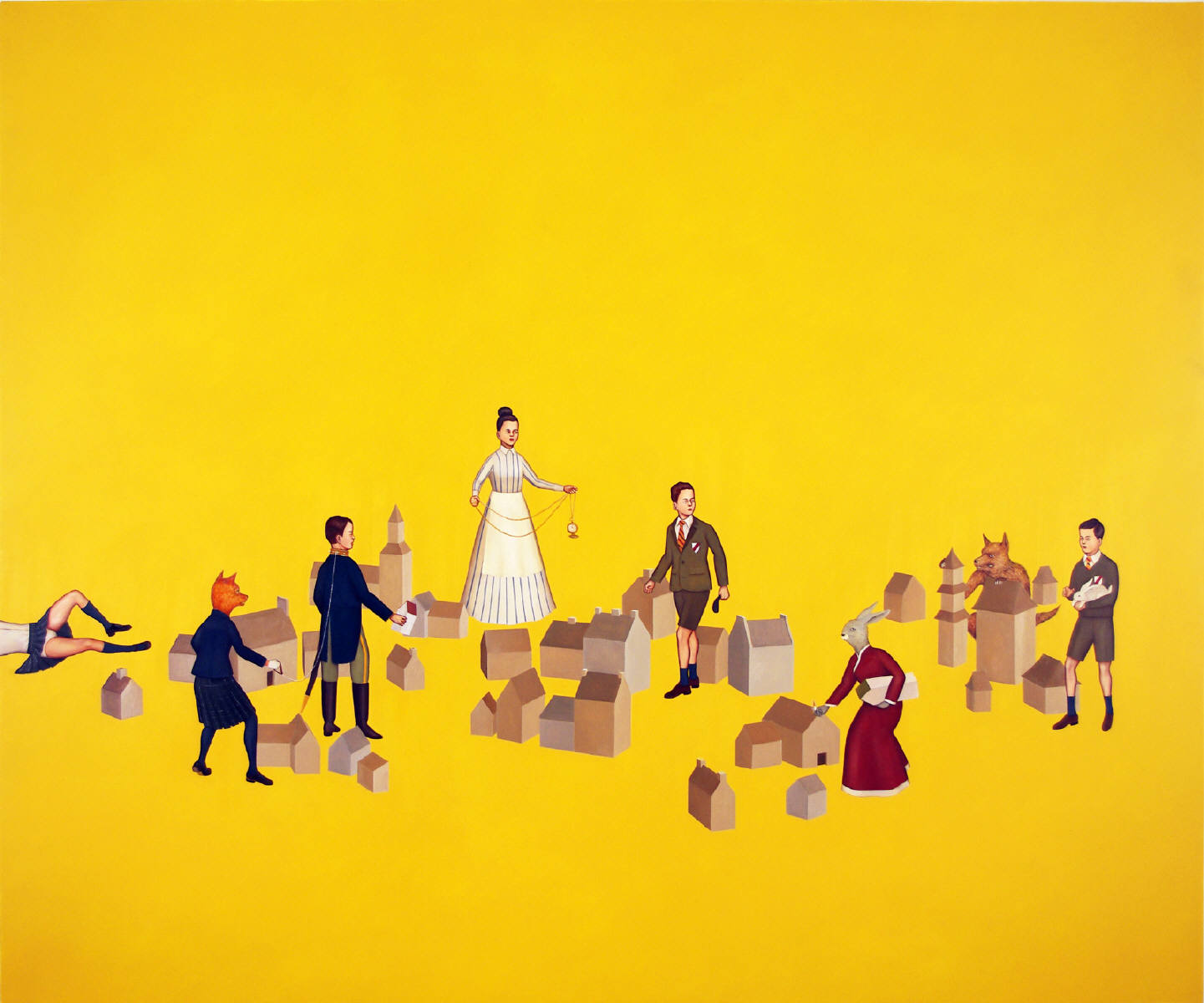 “I have been using painting to explore a narrative that deals with power struggles in the aftermath of a post post-colonial world,” the artist told Nancy Margolis Gallery. “My paintings, oil on linen, consist of finely detailed figures in colorful costumes staged on flat color or minimalist backgrounds. The paintings are either miniature portraits or characters engaged in larger dramatic scenes drawn from the narrative. The characters exist in an austere, allegorical world where identity, tradition, belief, and myth all intersect to redefine and recreate meaning.”

See more of his work on his site. 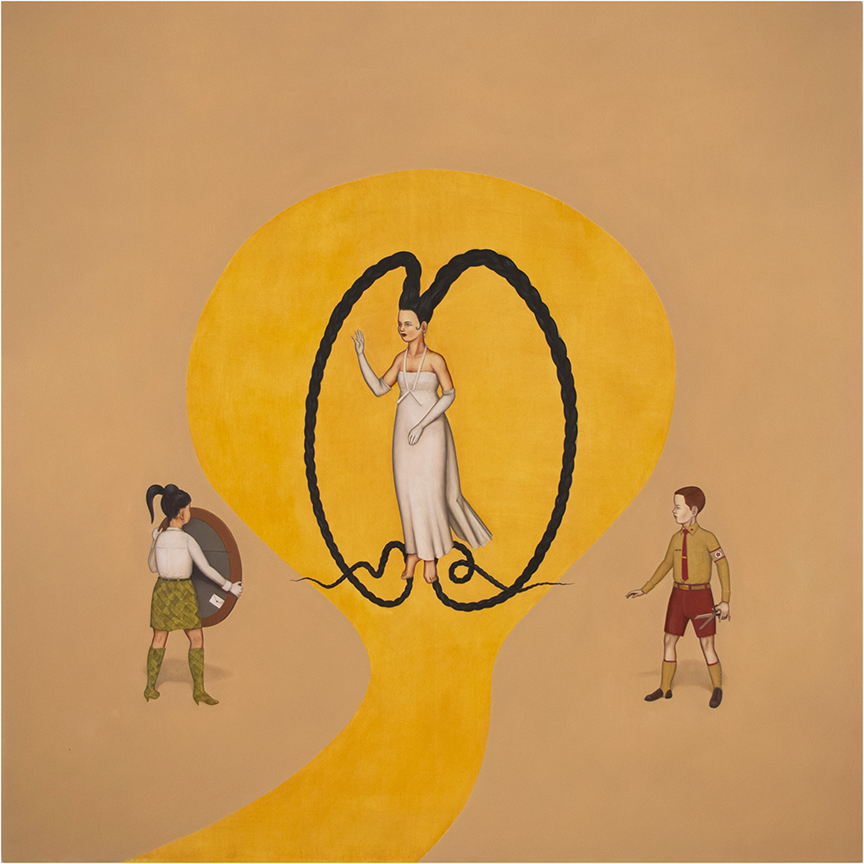 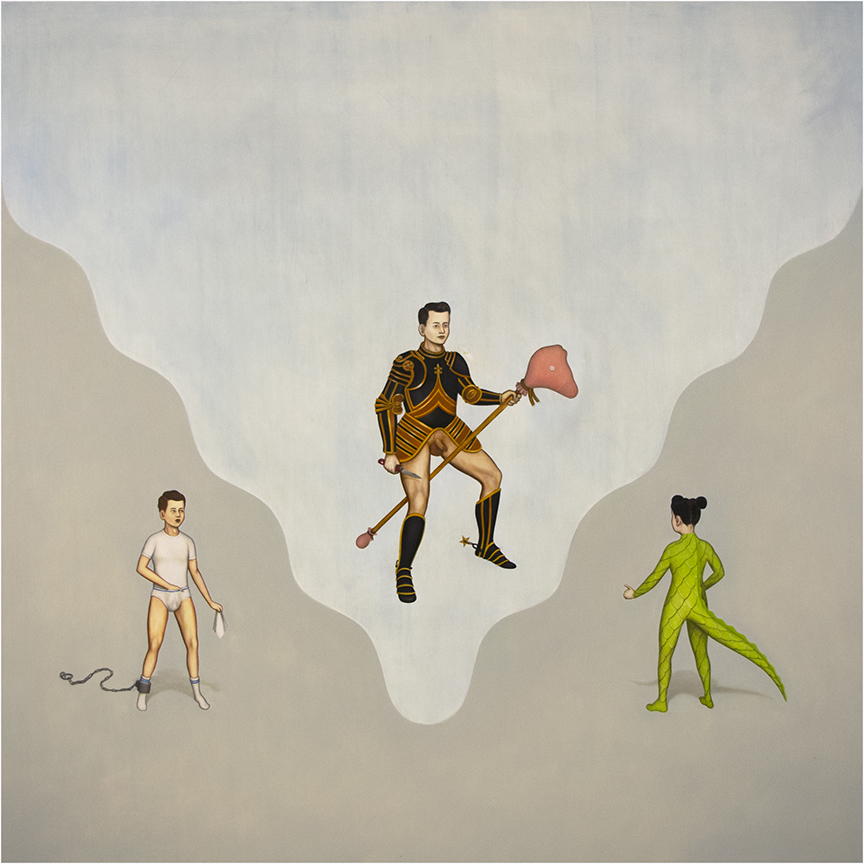 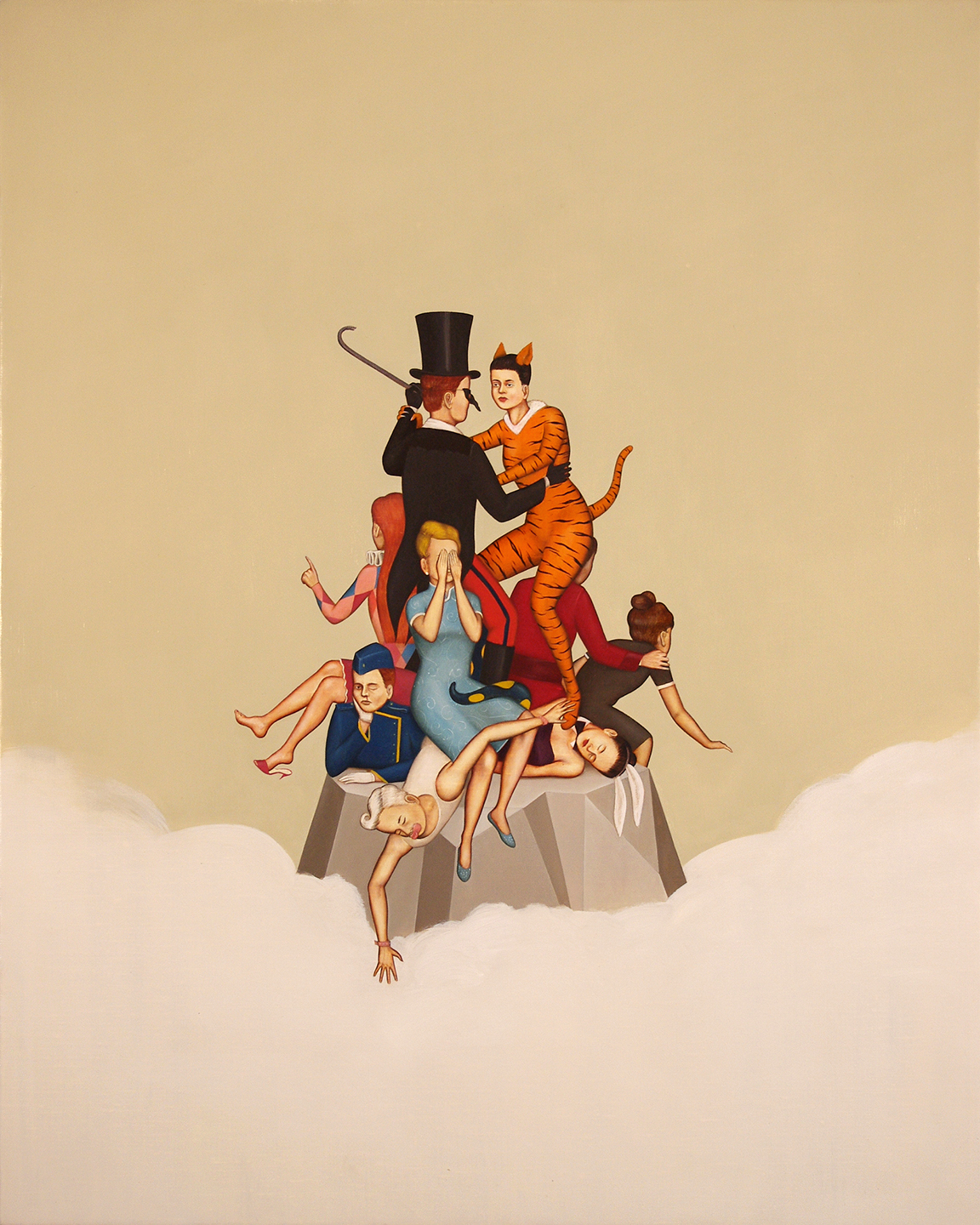 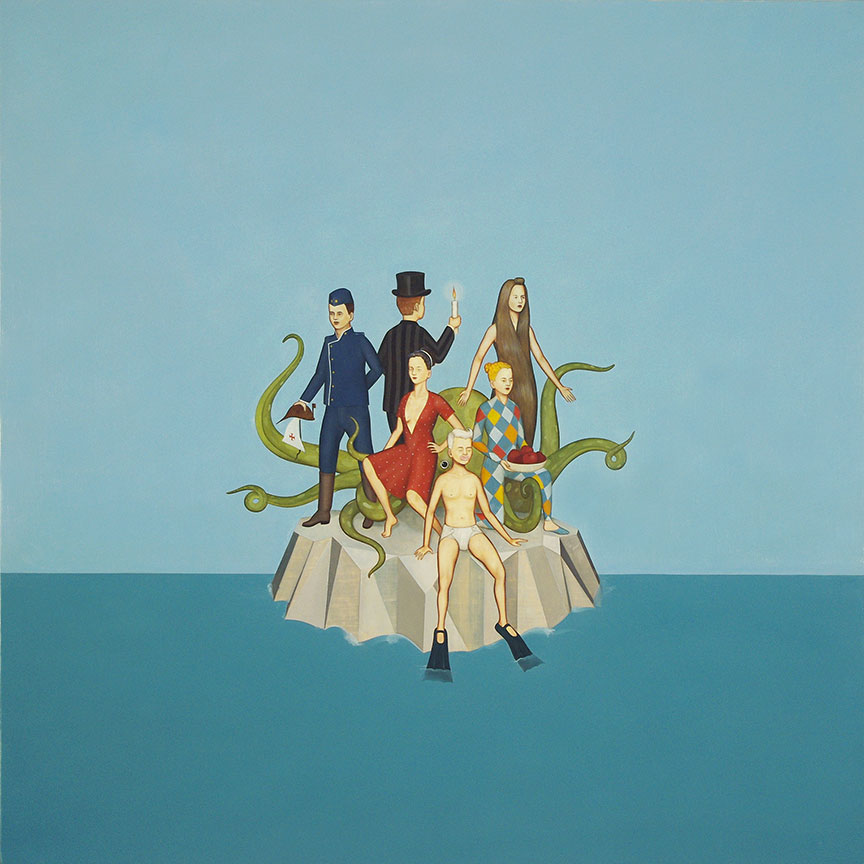 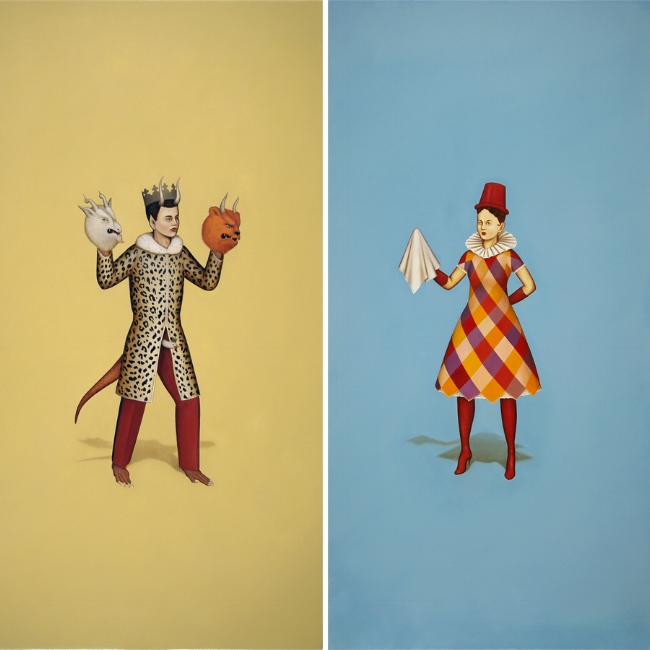