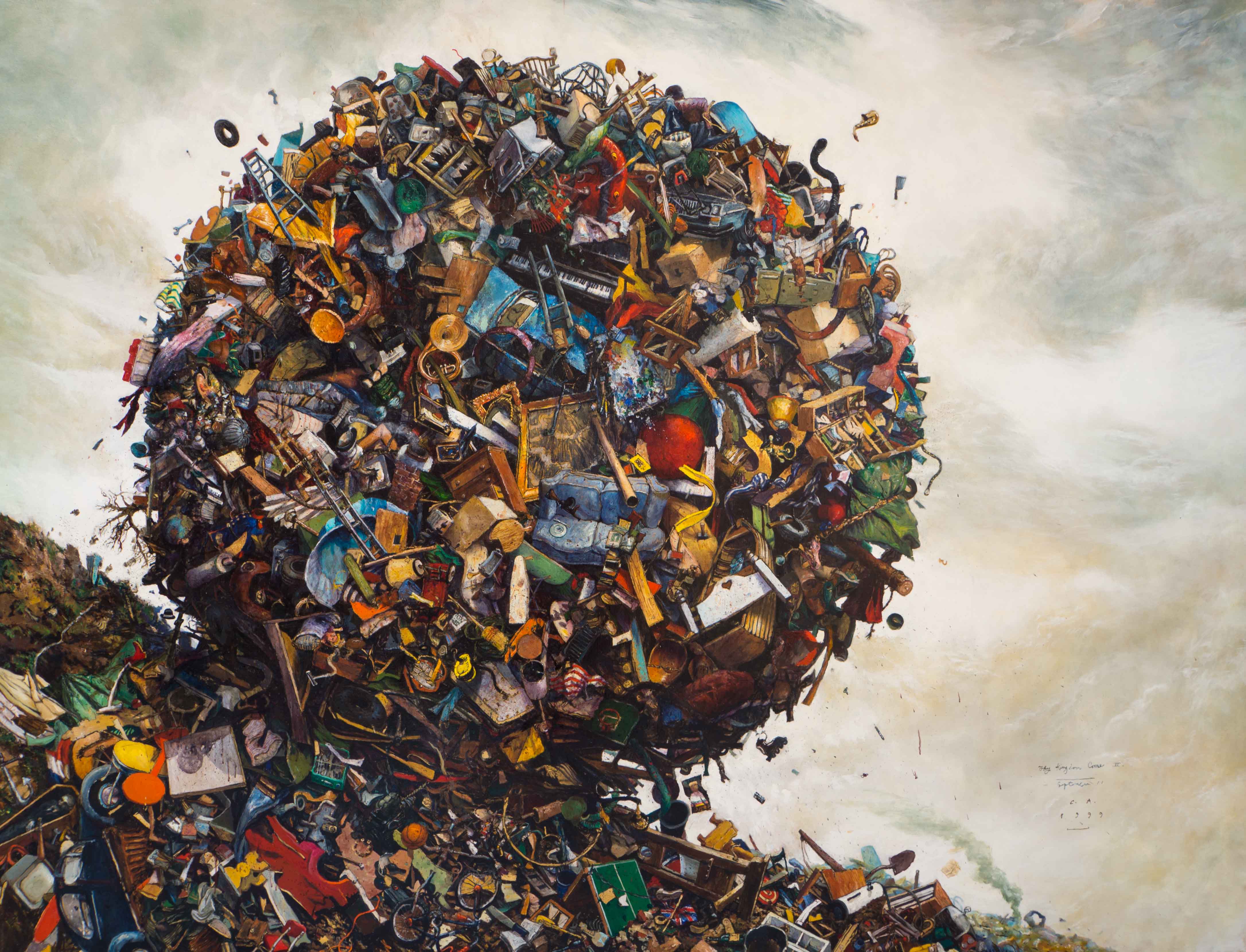 Though gorgeously rendered, Chester Arnold’s paintings don’t idealize the state of nature. It depicts how, despite humanity’s best efforts, the Earth endures the accumulation of humanity’s waste and development. Cascading piles of tires and trash becomes their own mountainous formations. 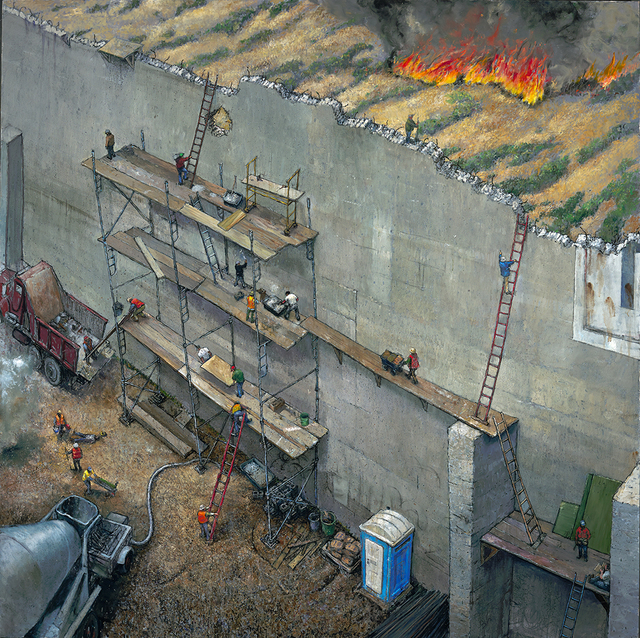 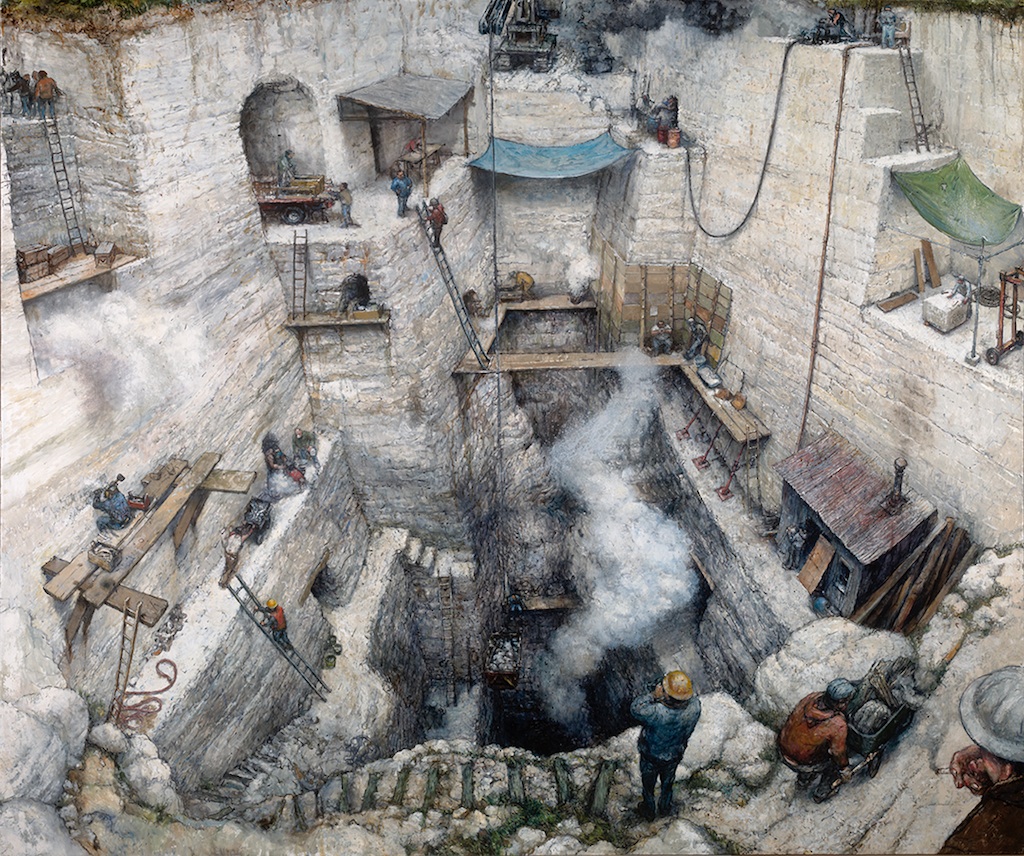 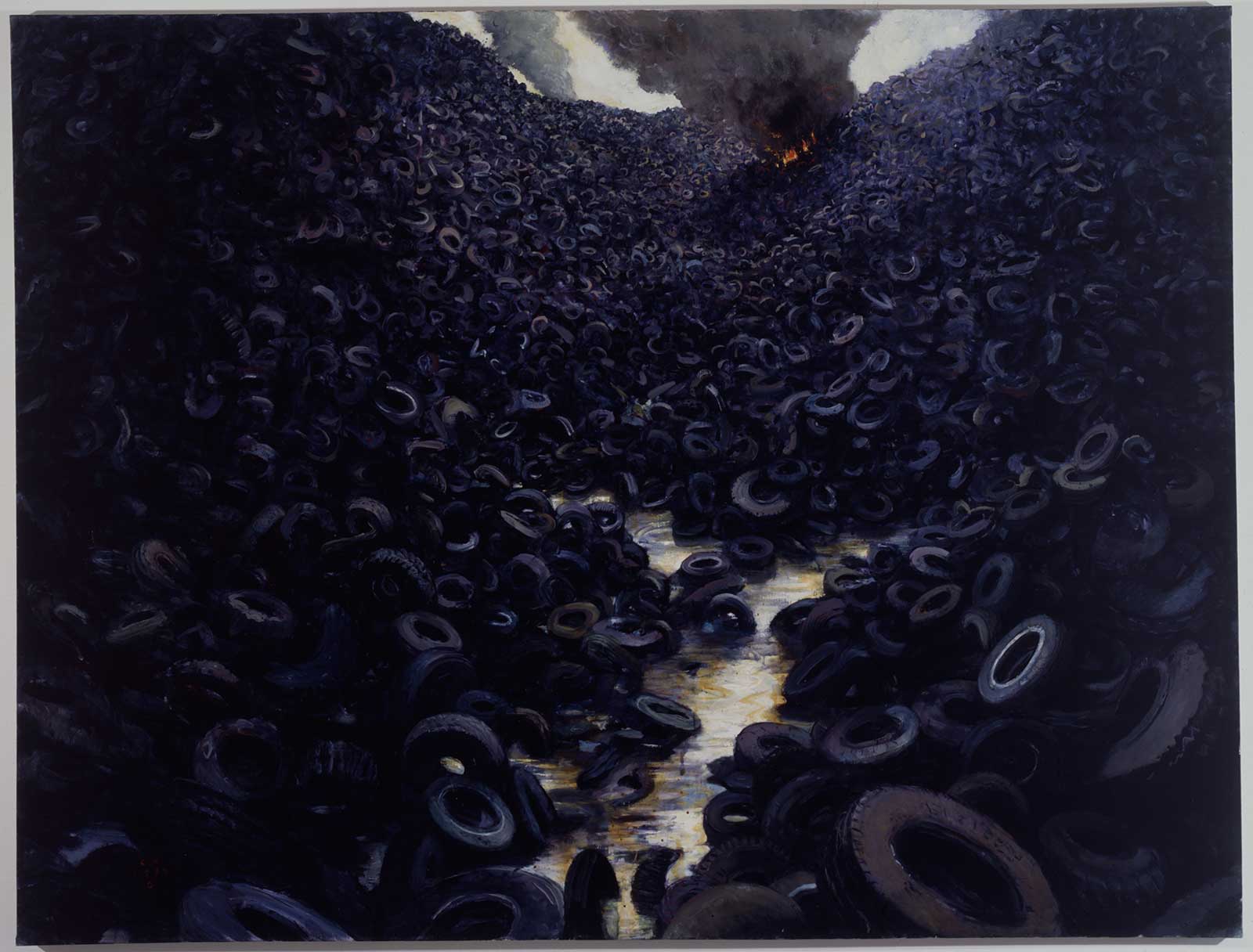 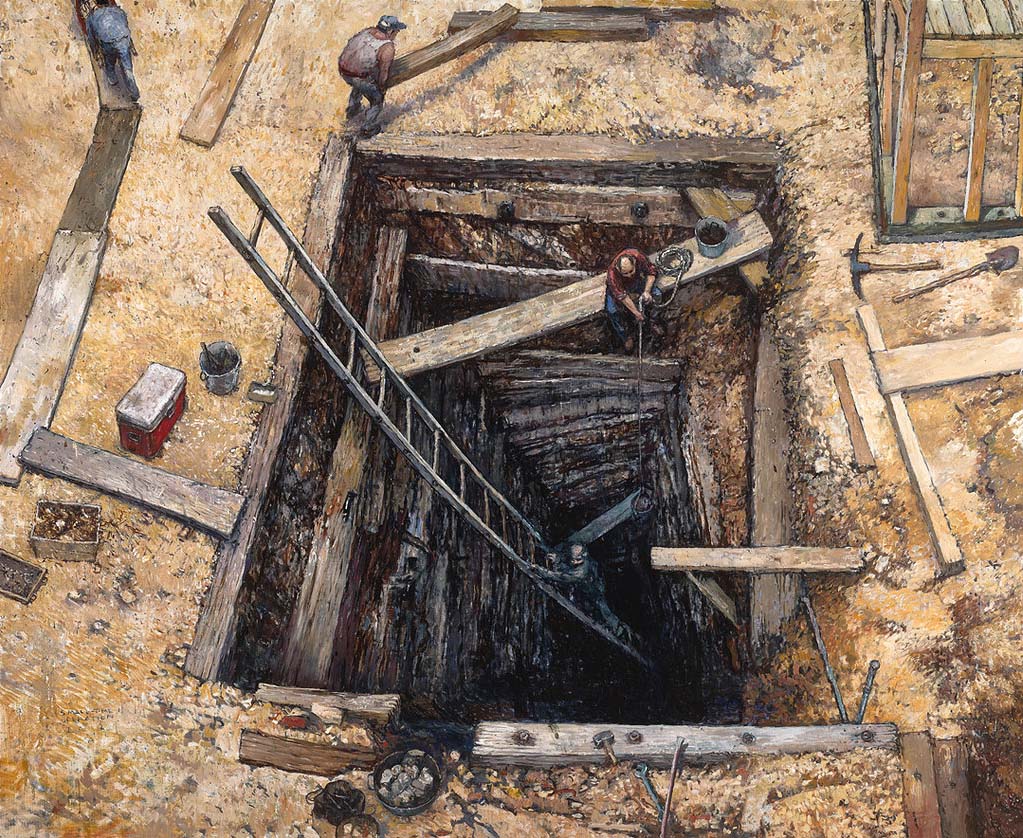 “American by birth, but raised in post-war Germany during the formative years of his childhood, Chester Arnold is interested in the capacity of painting to convey the complexities of the human psyche,” Catharine Clark Gallery says. “His compositions present skewed linear perspectives that place the viewer at a remove, above and beyond an unfolding narrative. The romantic beauty of natural landscapes, in part informed by historic master Caspar David Friedrich, is subverted by Arnold’s preoccupation with the detritus of human accumulation.” 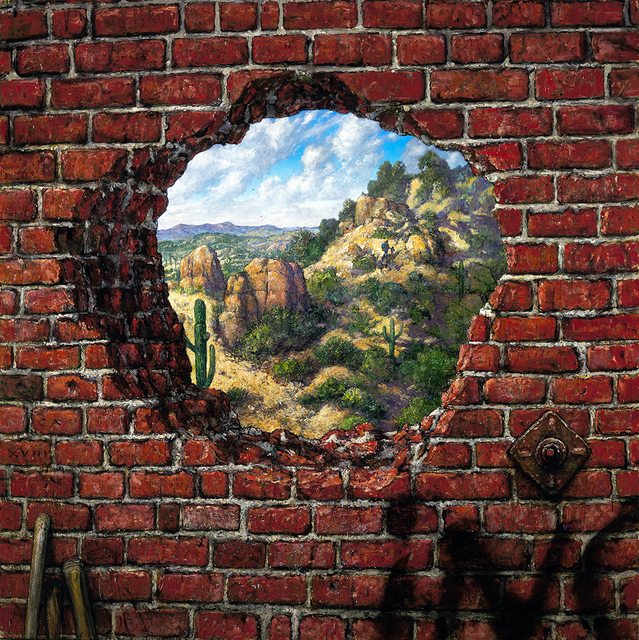 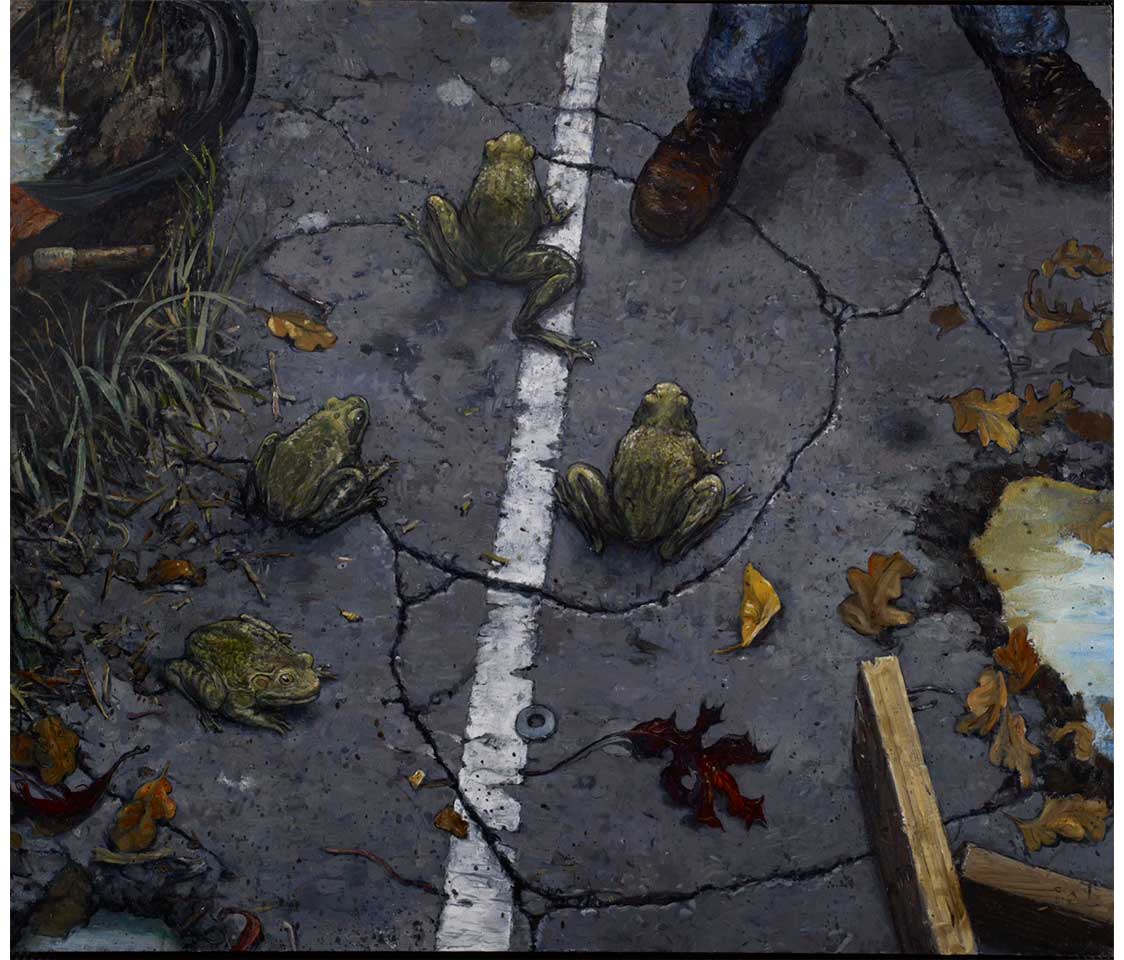 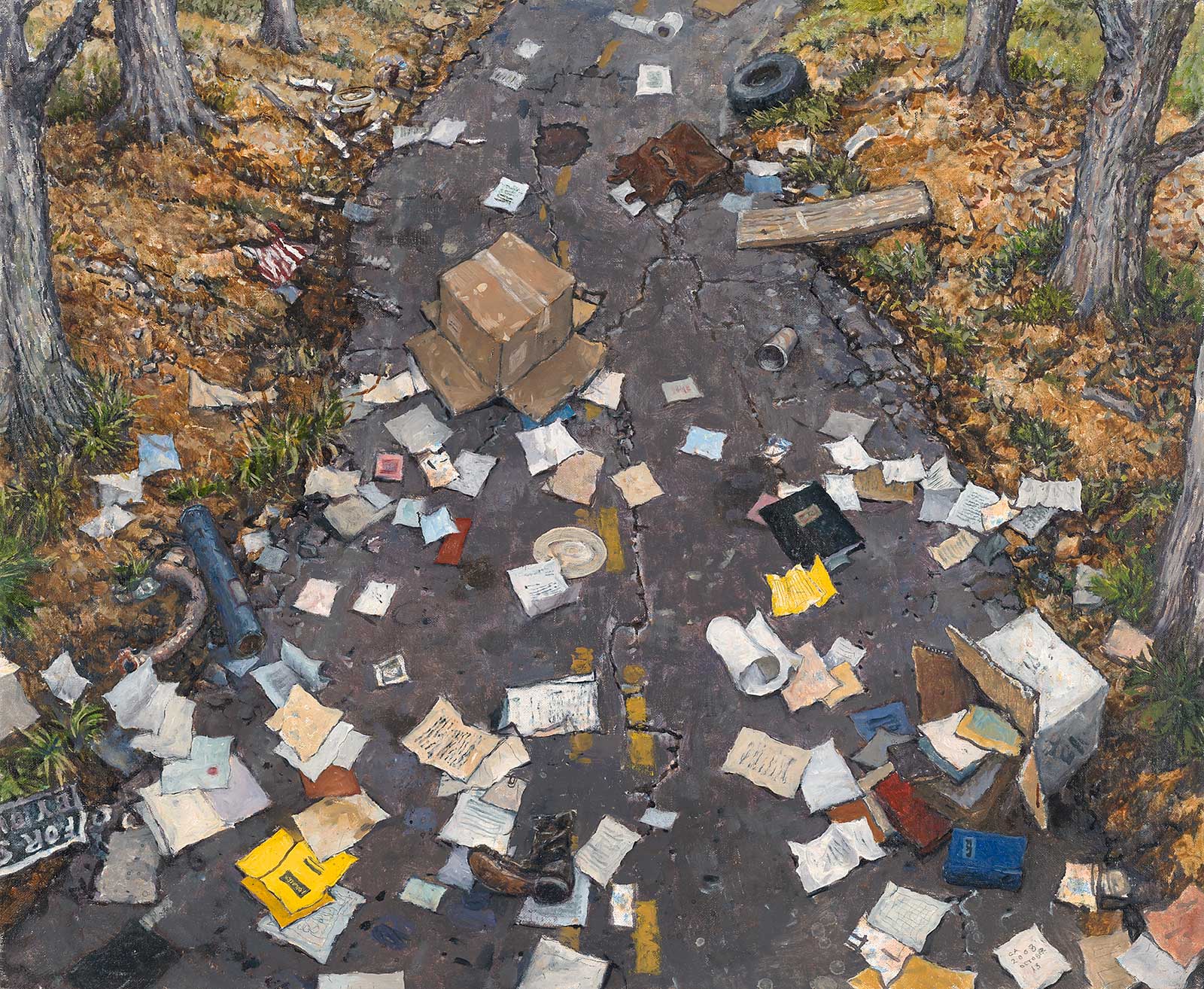 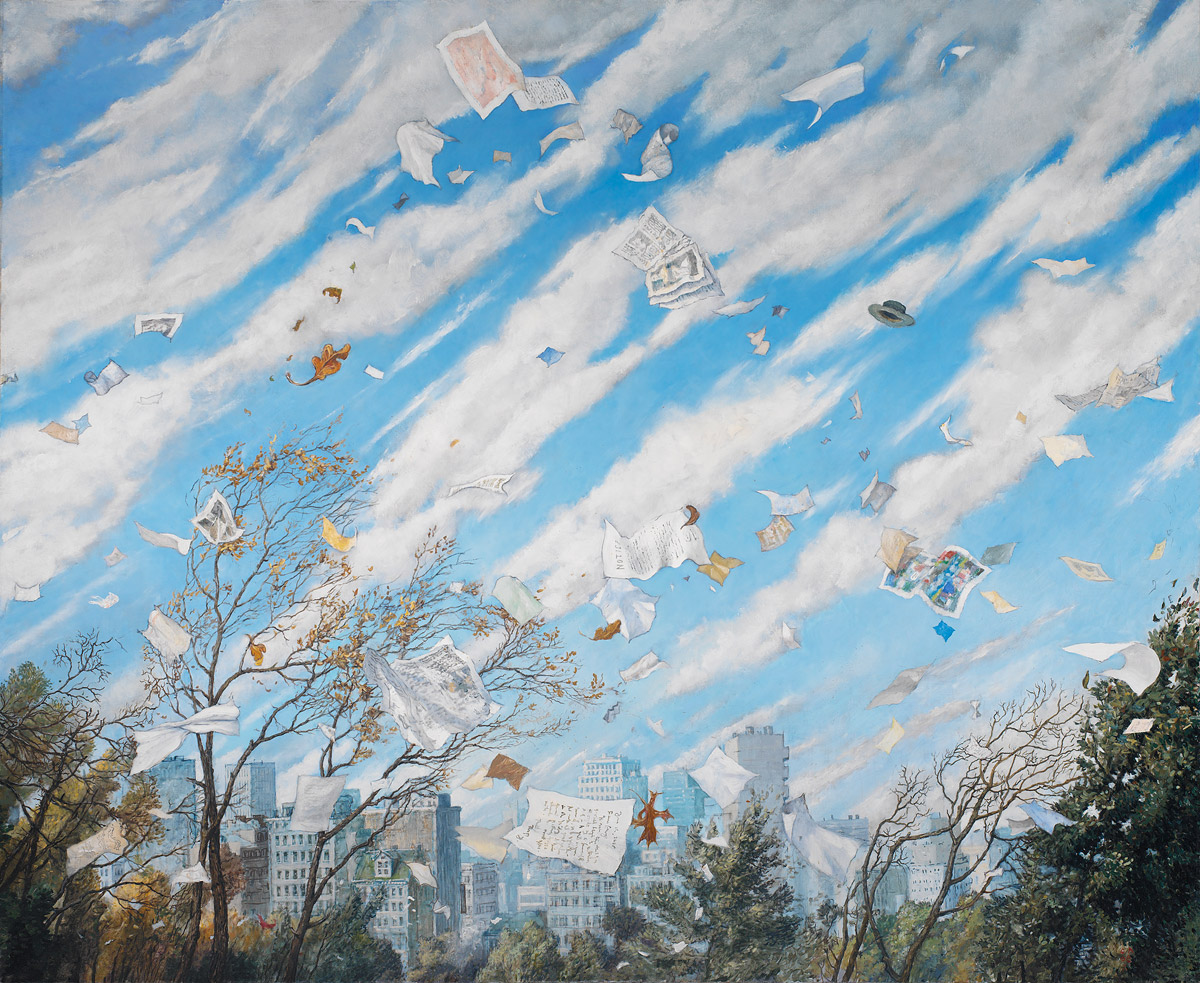 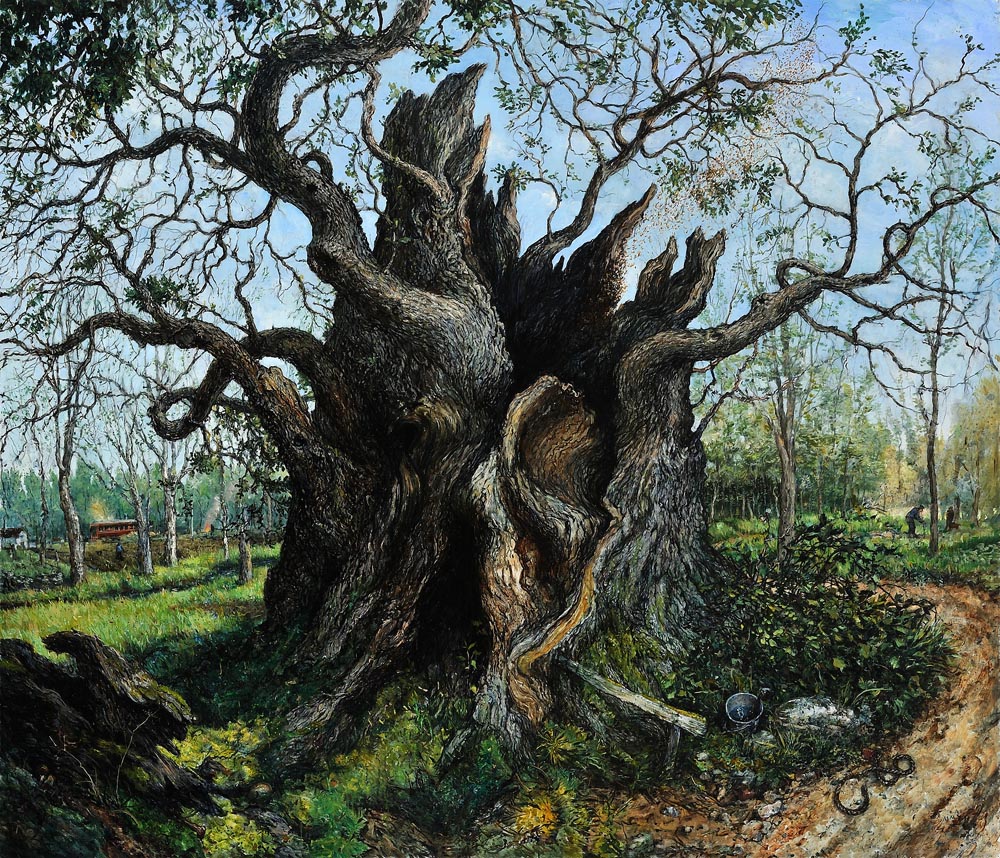