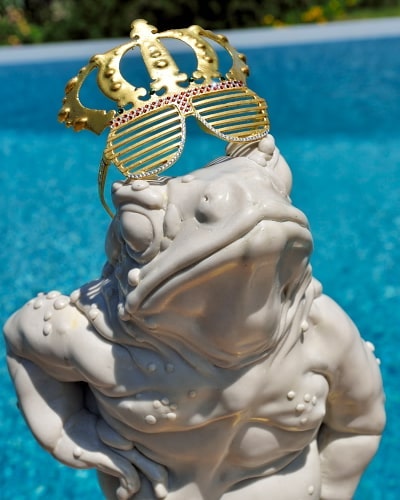 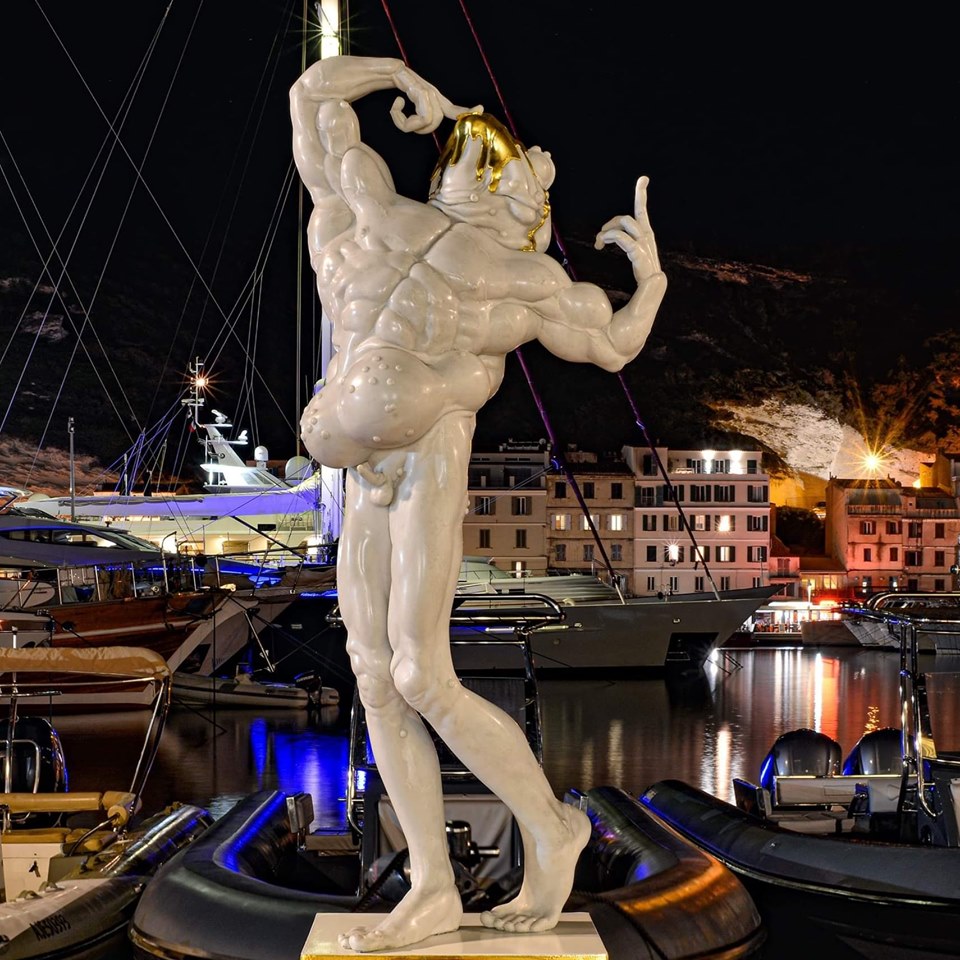 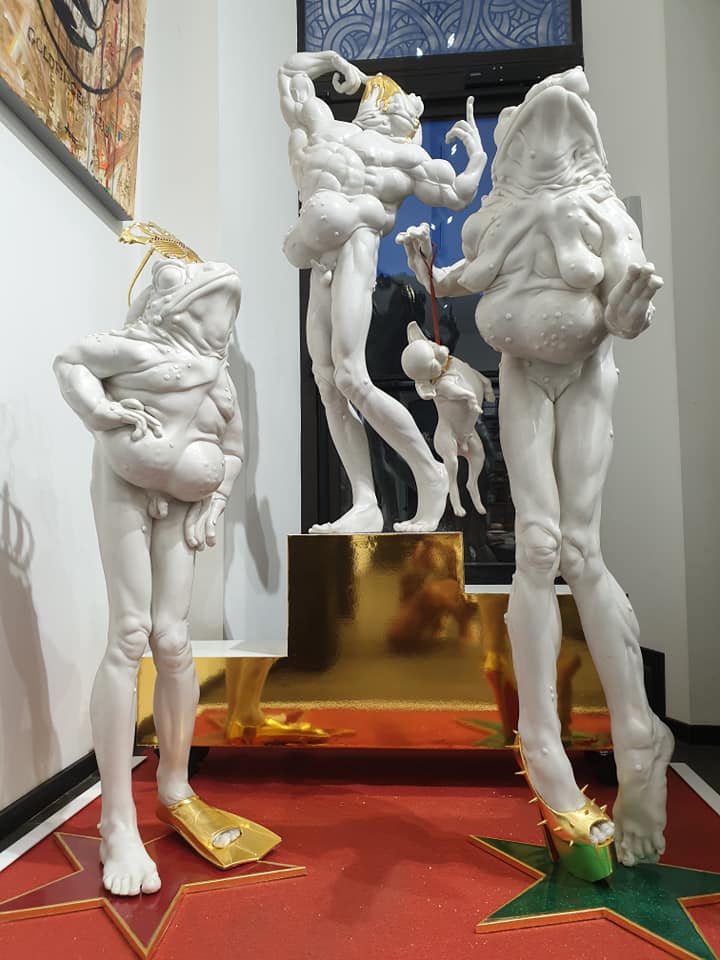 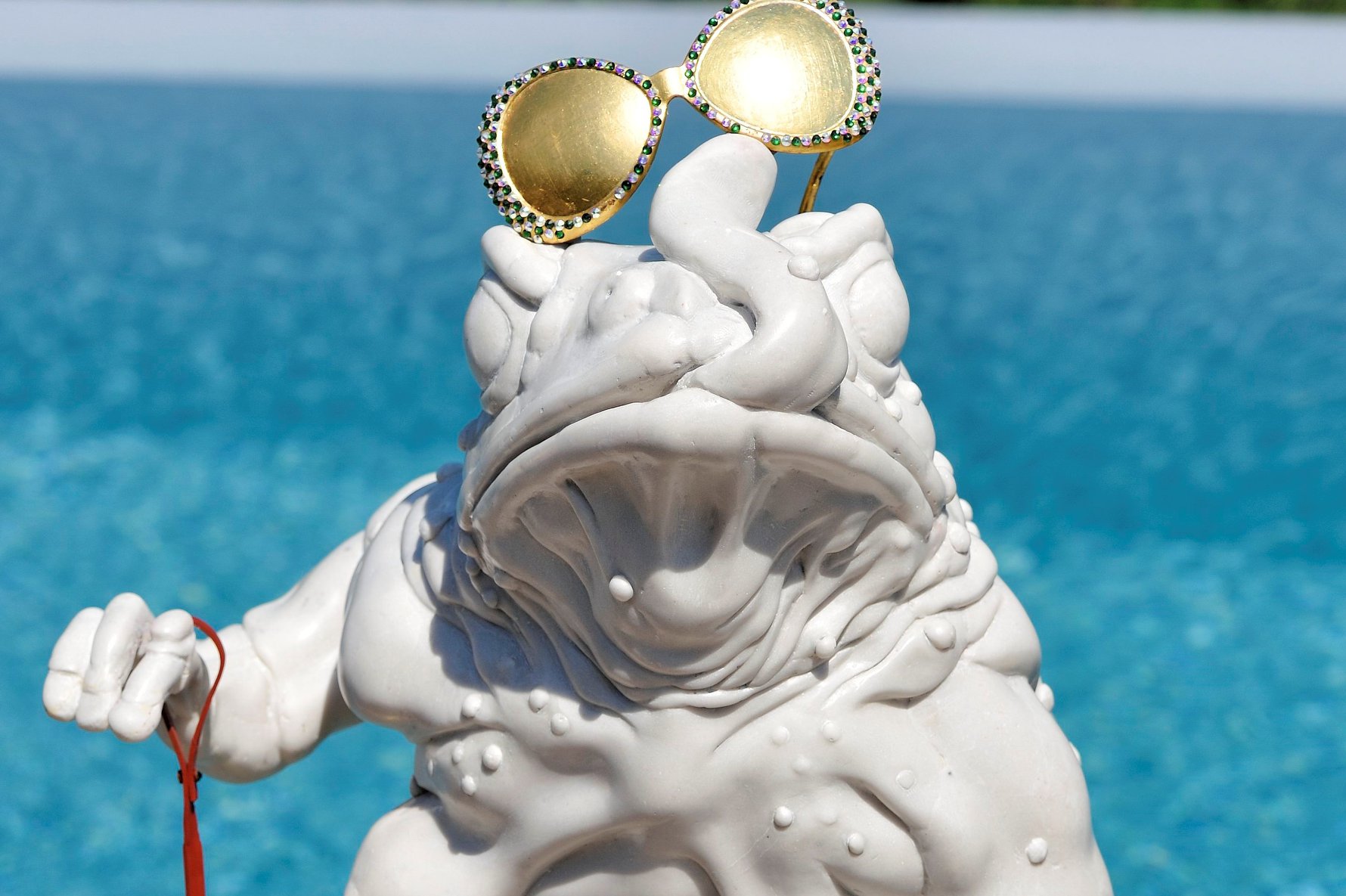 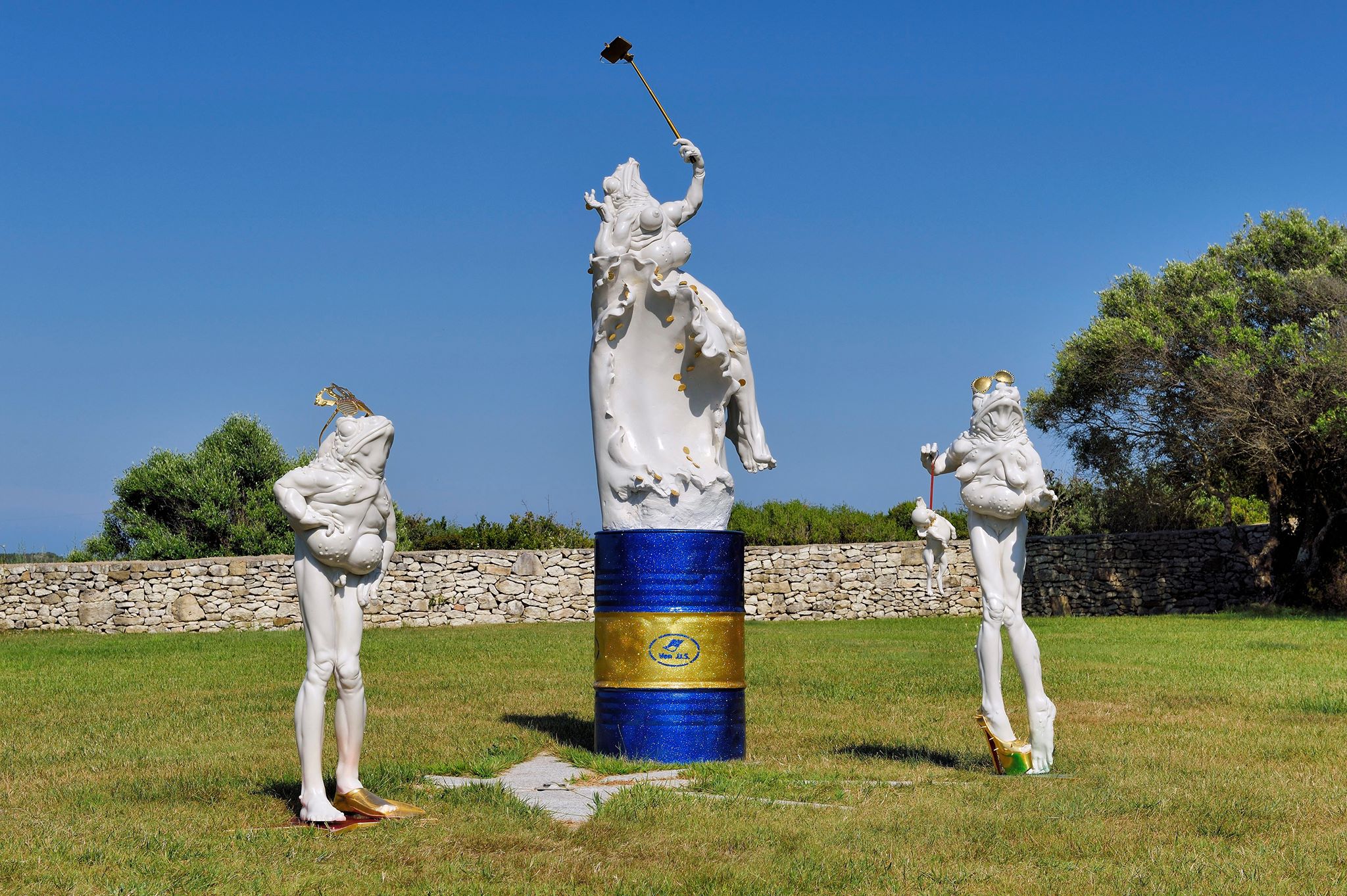 A caption offers a bit of the mythology Maisani’s building in “Frog’s Dynasty”: “Frog’s Dynasty just arriving on the planet. 🔴The world has to be ready ! Straight coming from the Gods of Olympe after the gigantic Chaos who destroyed all the antic Gods from Olympe, Frog’s Dynasty appears from them dust marble! Crazy égocentric modern Gods, they are the most important personality and the most beautiful, famous, and narcissistic in all the planet! 👑 VIP in all events, Without them the world would not have any sense! The Hollywoodien couple and them daughter Vénus are almost ready for them first public apparition.” 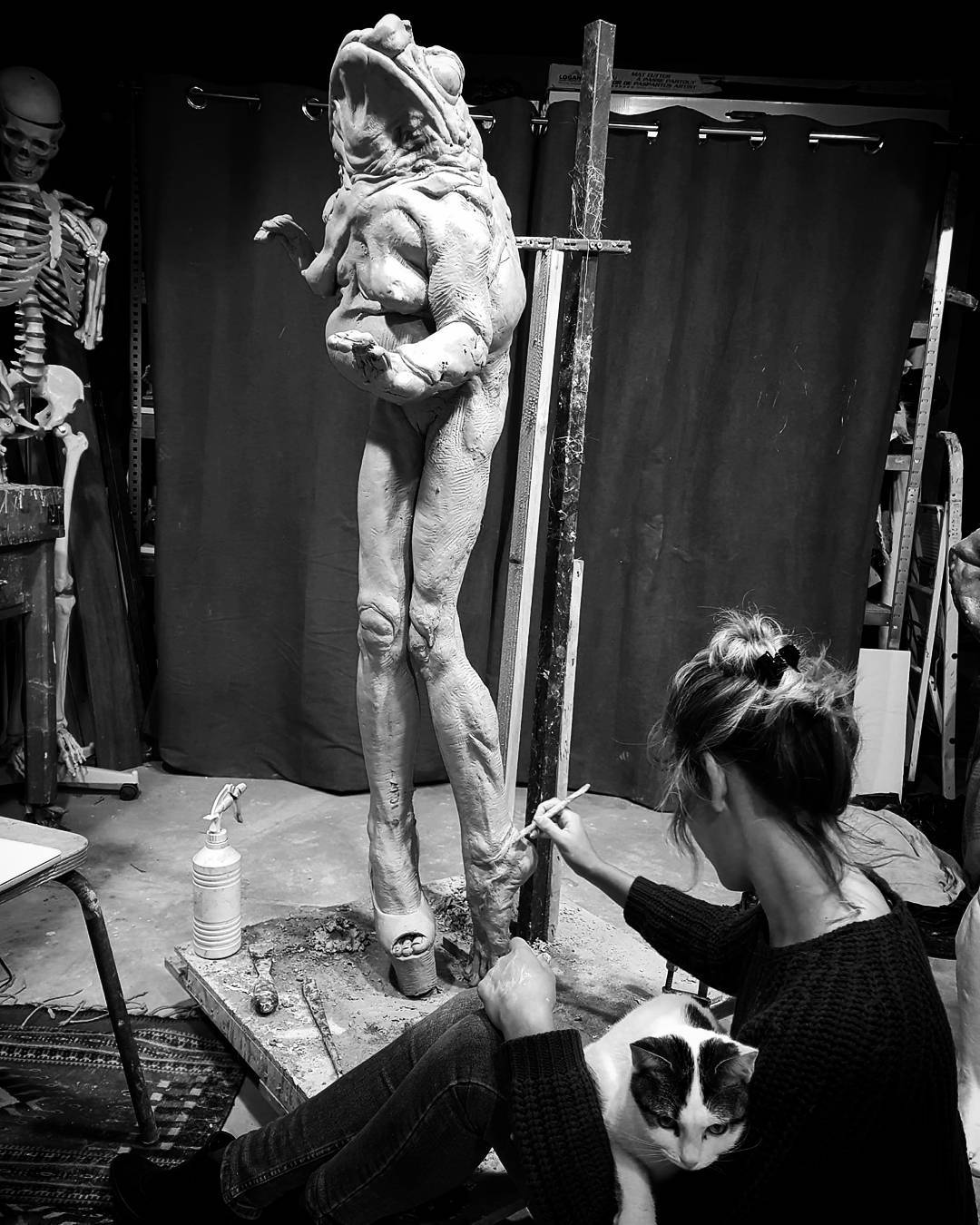 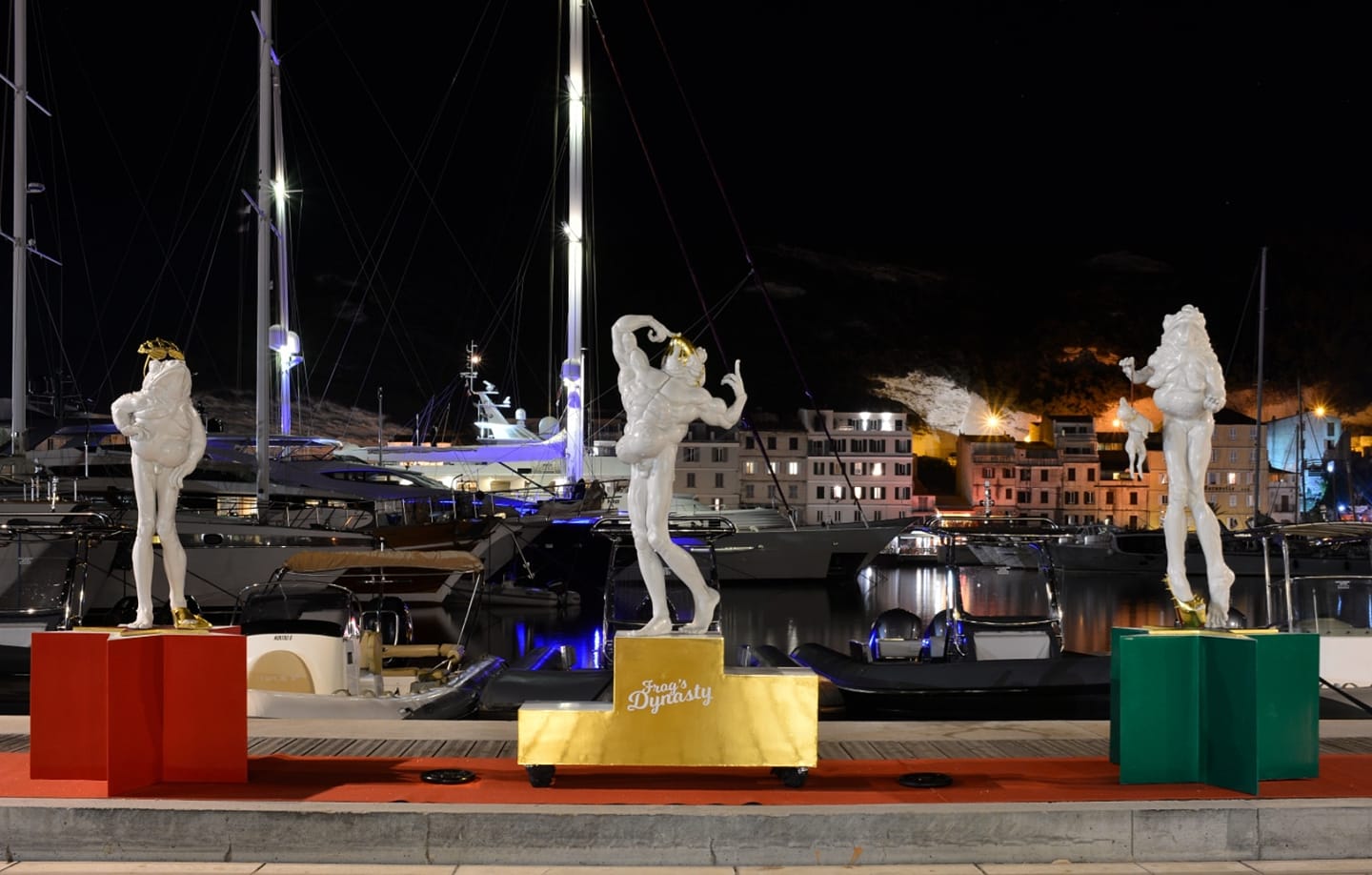 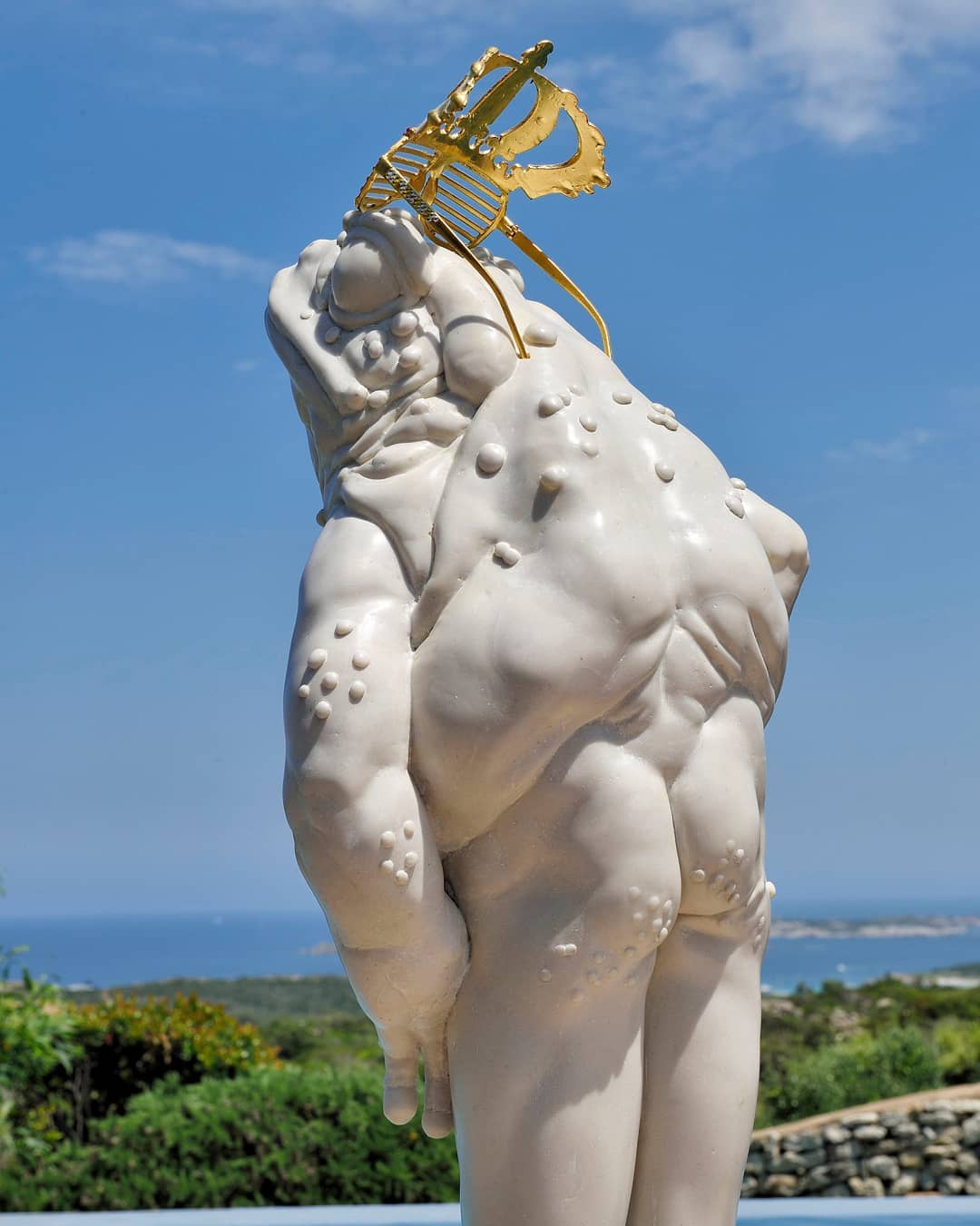