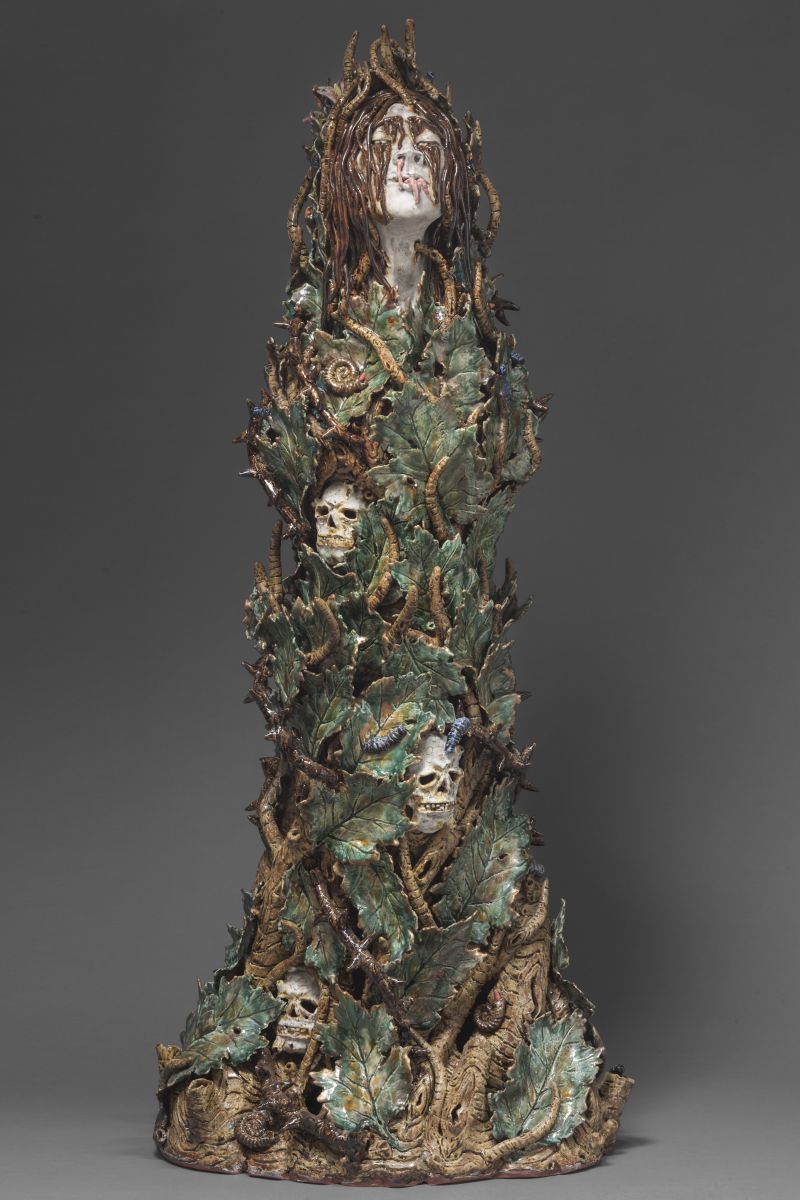 In her ceramic sculptures, Janet Beckhouse taps into ancient contemplations on life, death, and nature. Though at times disconcerting, with writhing floral elements enveloping her figures, each work is executed with elegance. Beckhouse crafts these sculptures in both towering and handheld scales. 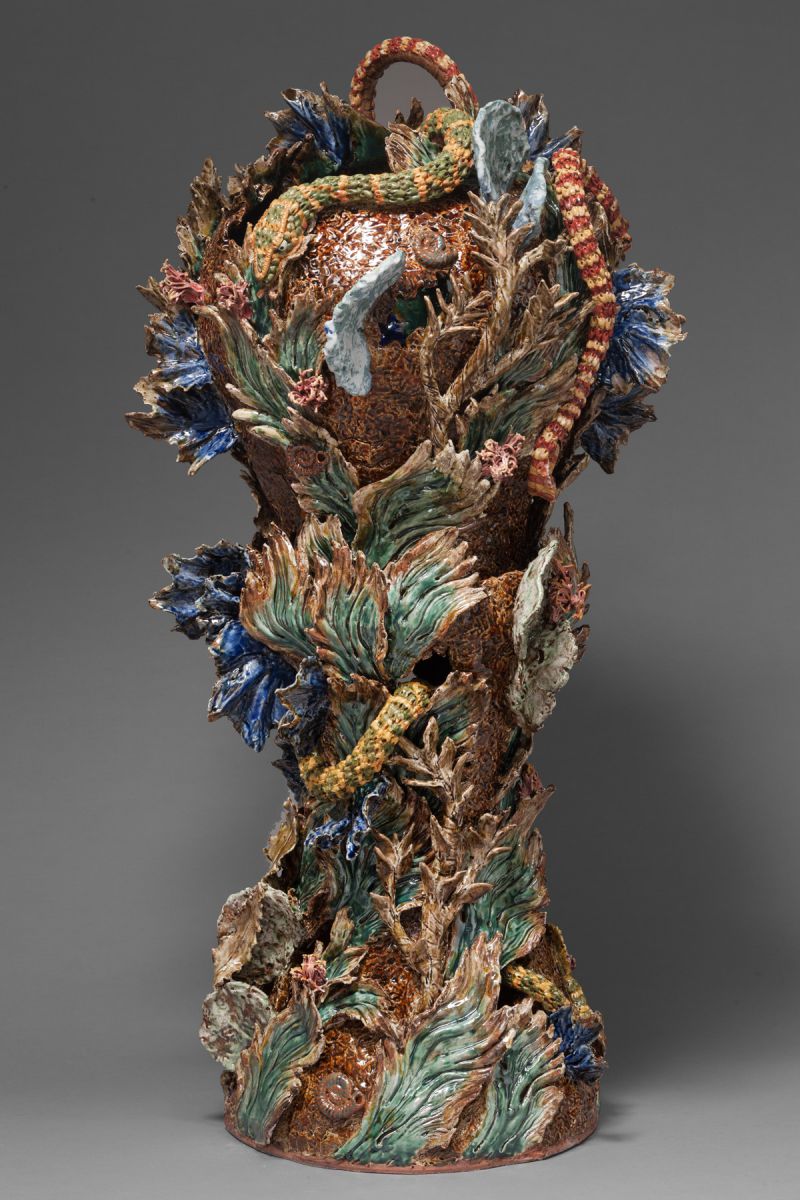 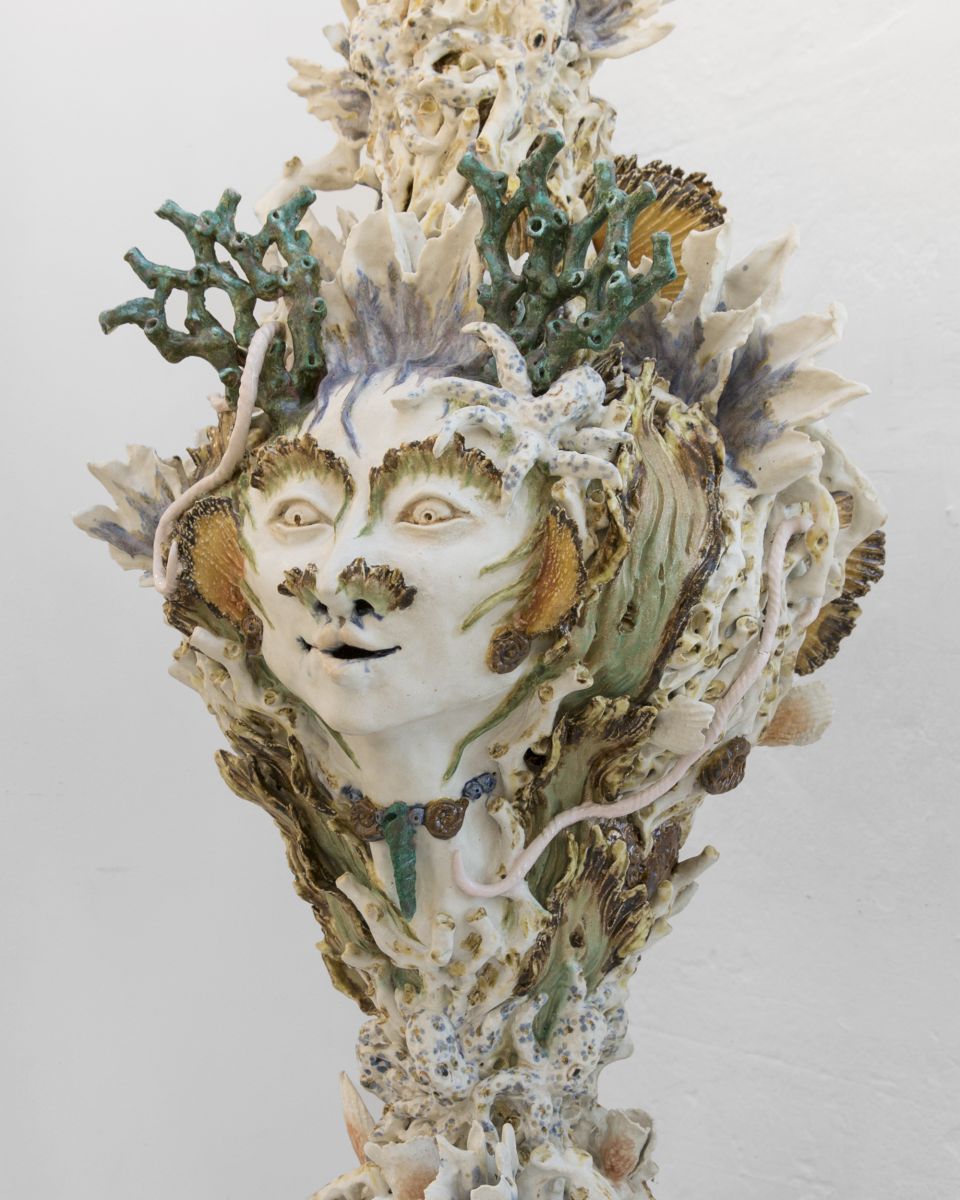 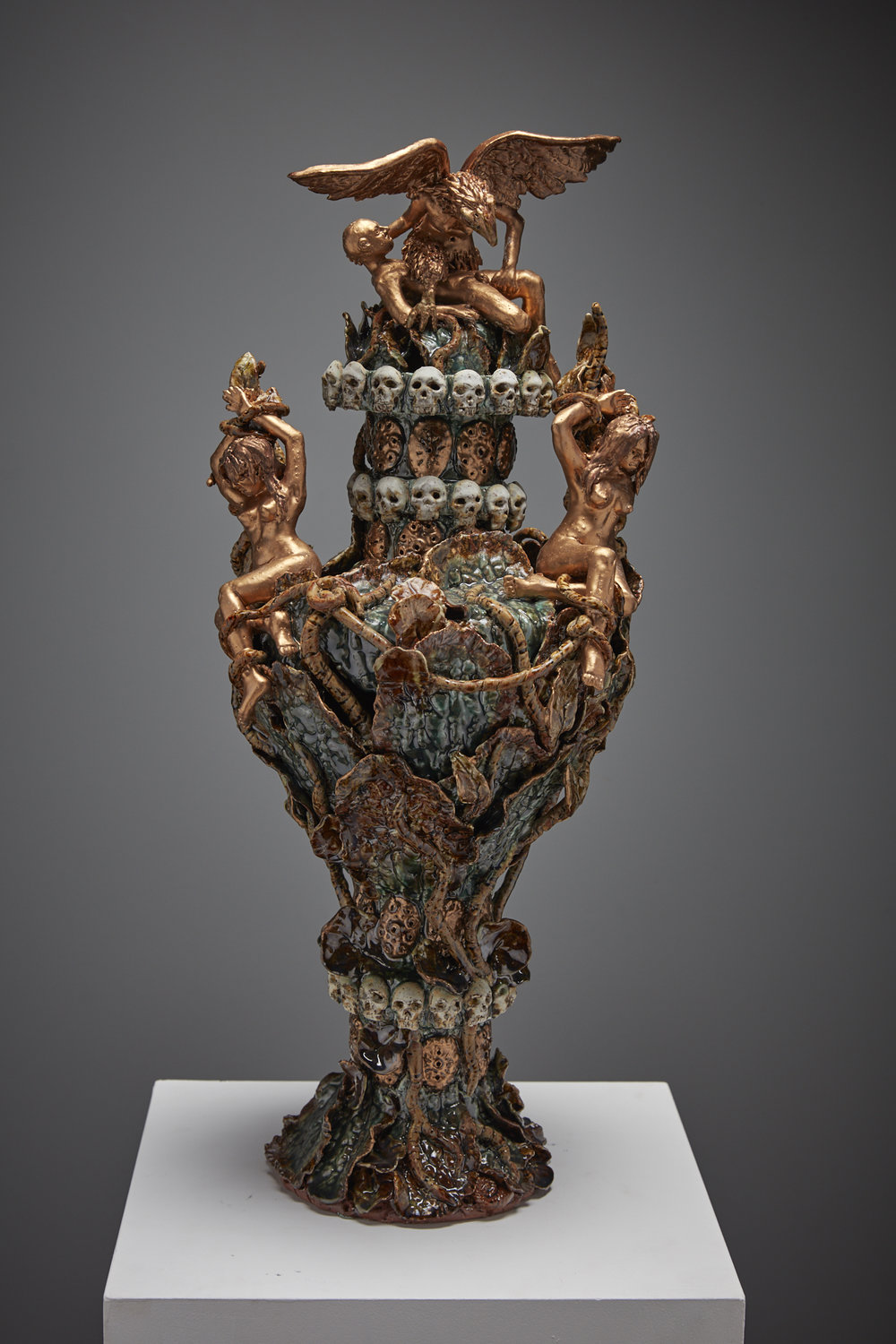 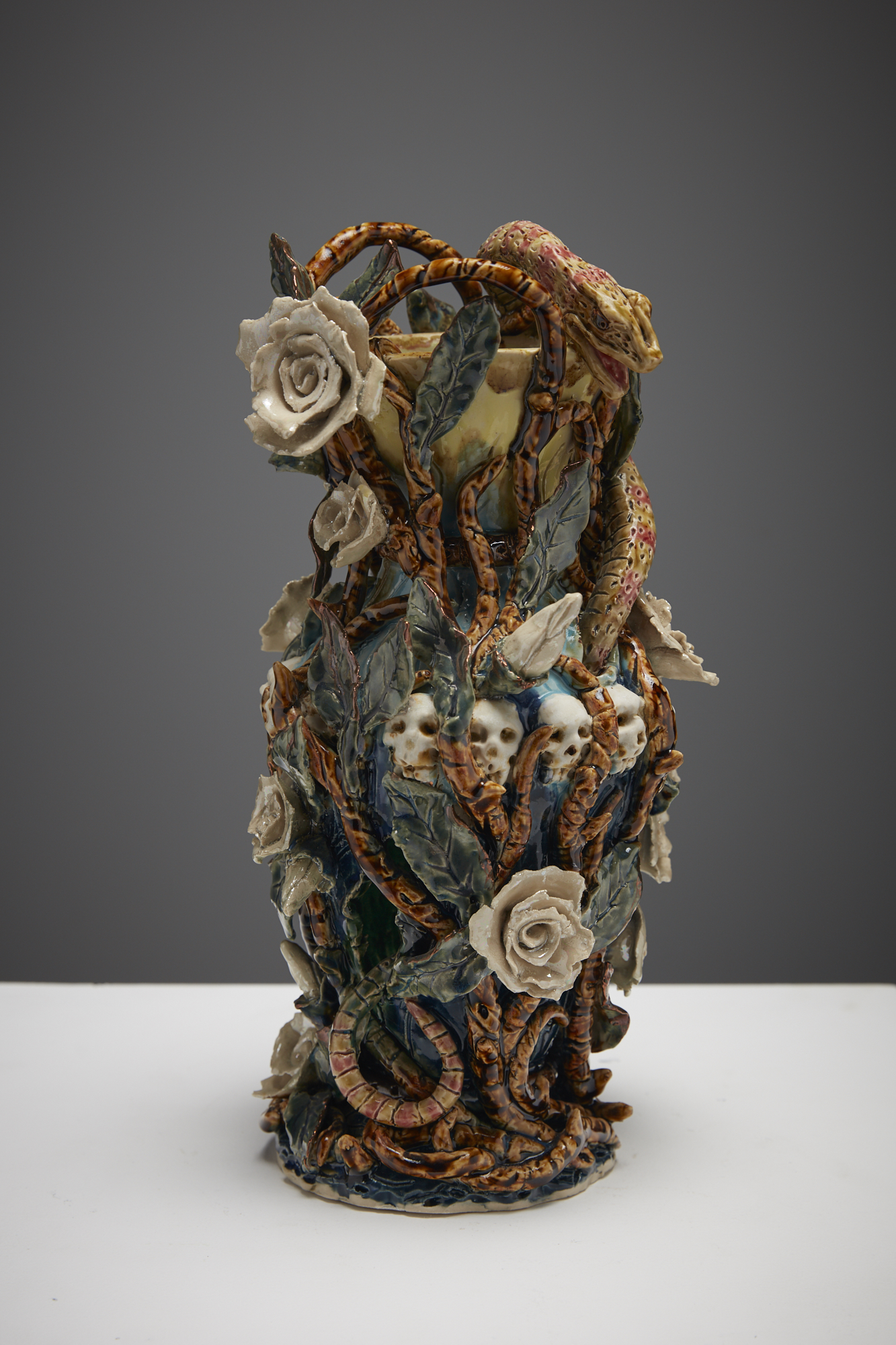 “Each delicate layer of detail materialises a less familiar world beyond the realm of appearances, challenging the viewer’s perception of reality,” Arthouse Gallery says. “From macabre worm-adorned women and memento mori skulls to oriental pseudo-gods, exotic snake charmers and native Australian flora, the works are at once beautiful and enthralling, confronting and disturbing. Ultimately, these masterful ceramics are poetic tropes for the artist’s personal reality and emblematic expressions of the wondrous world around us.”

See more of Beckhouse’s work below, and find her on the web here. 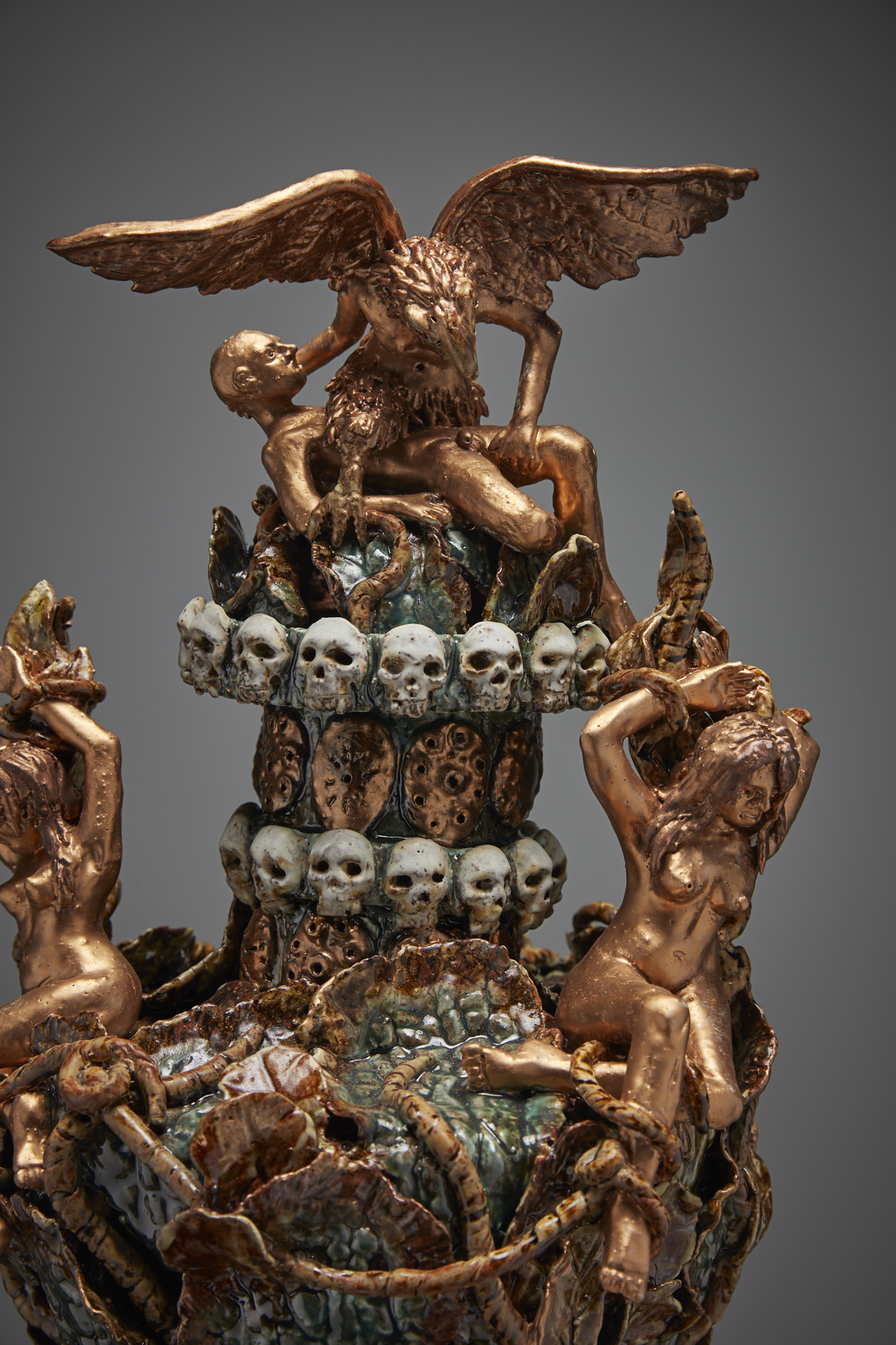 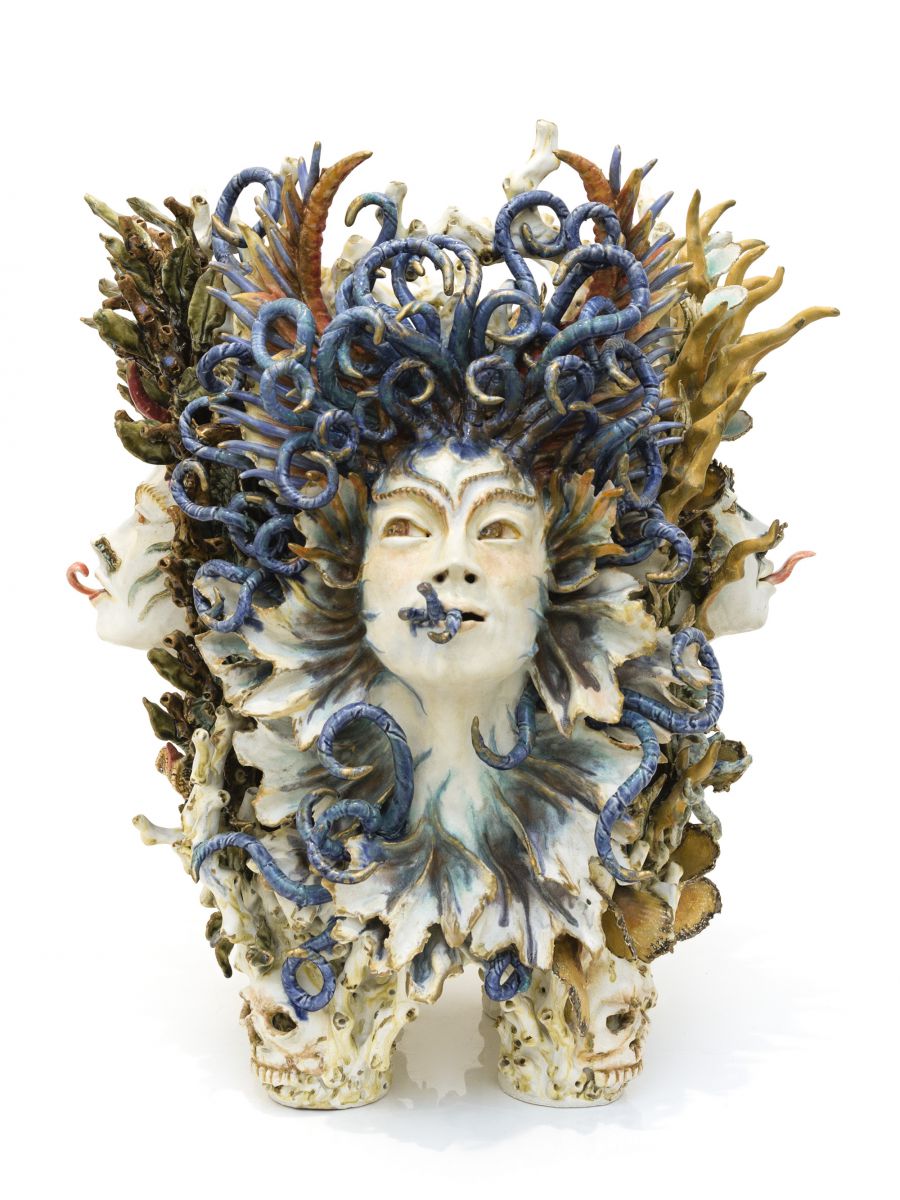 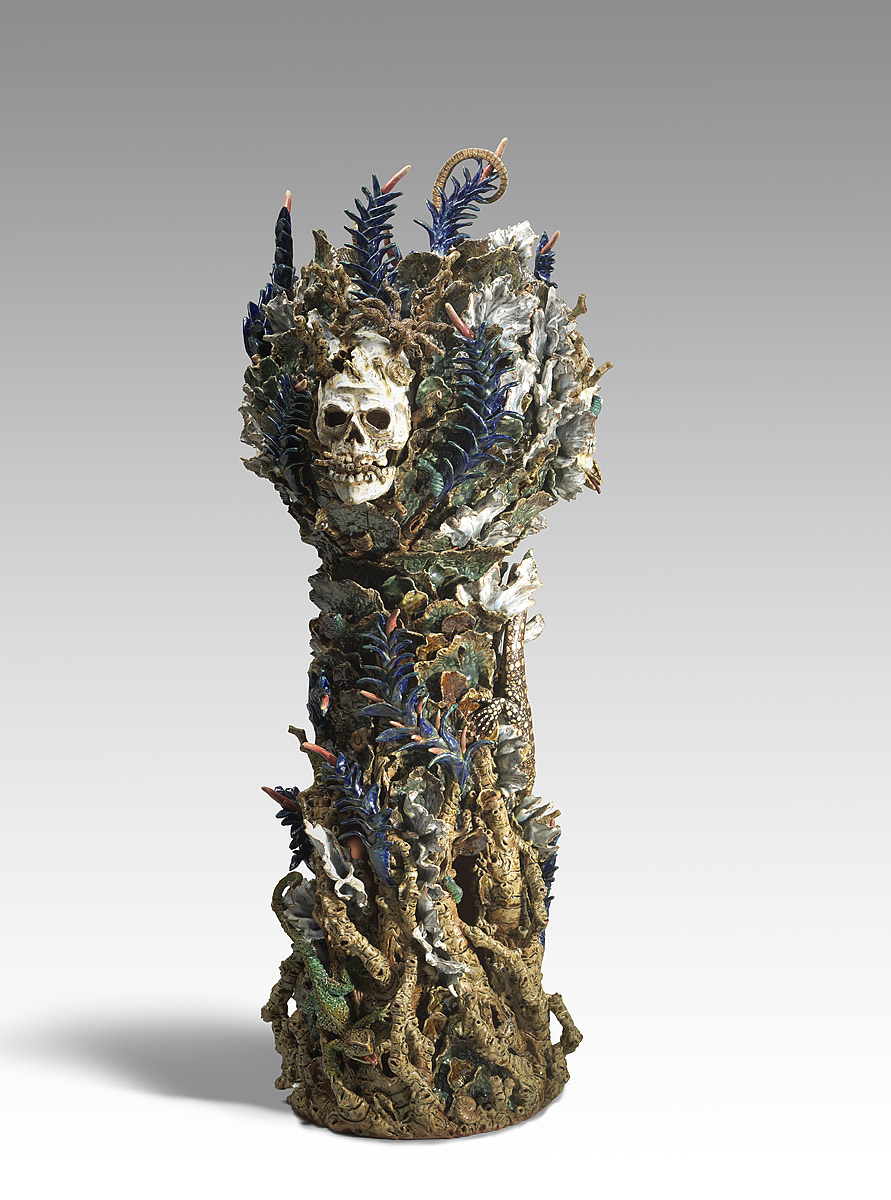 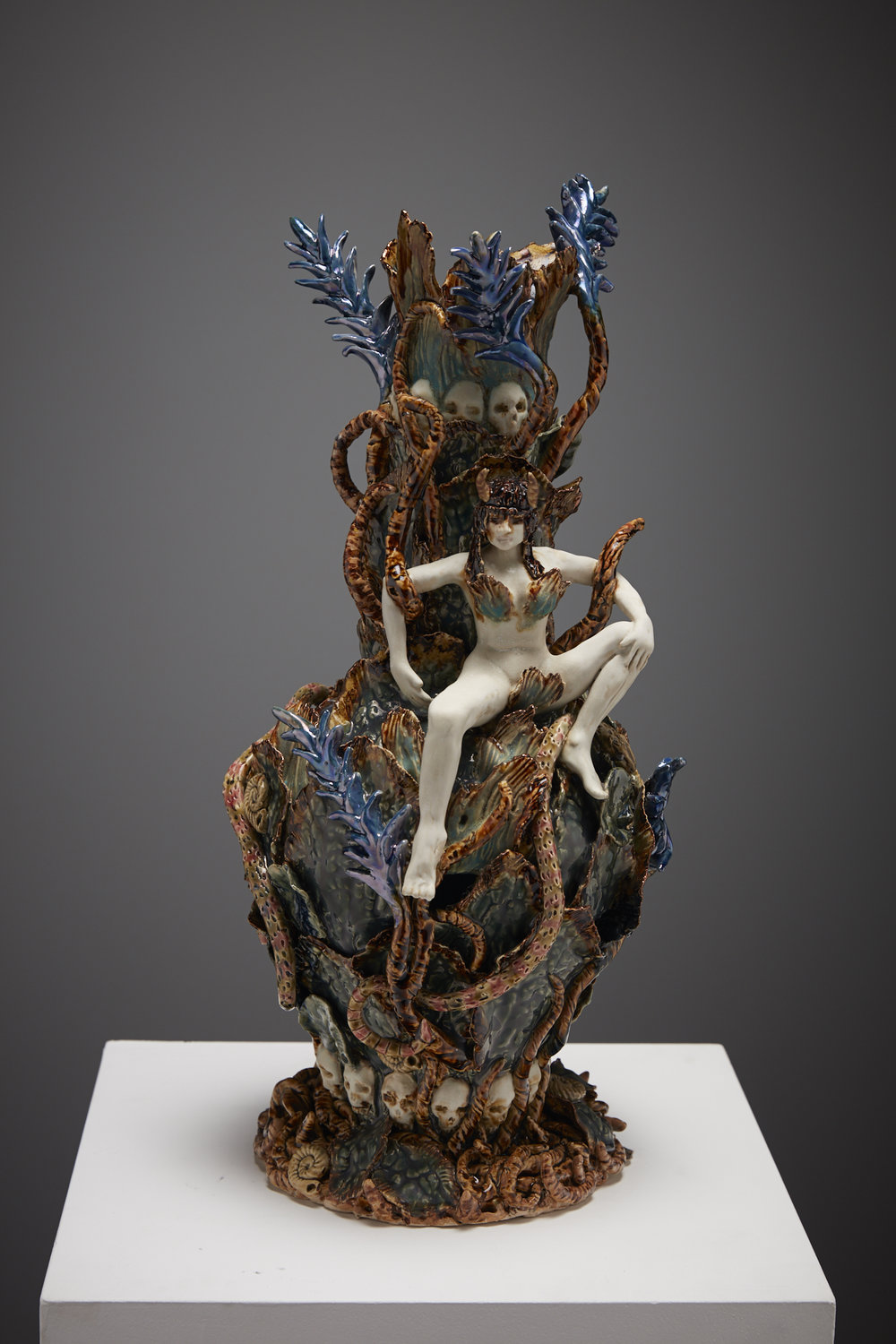 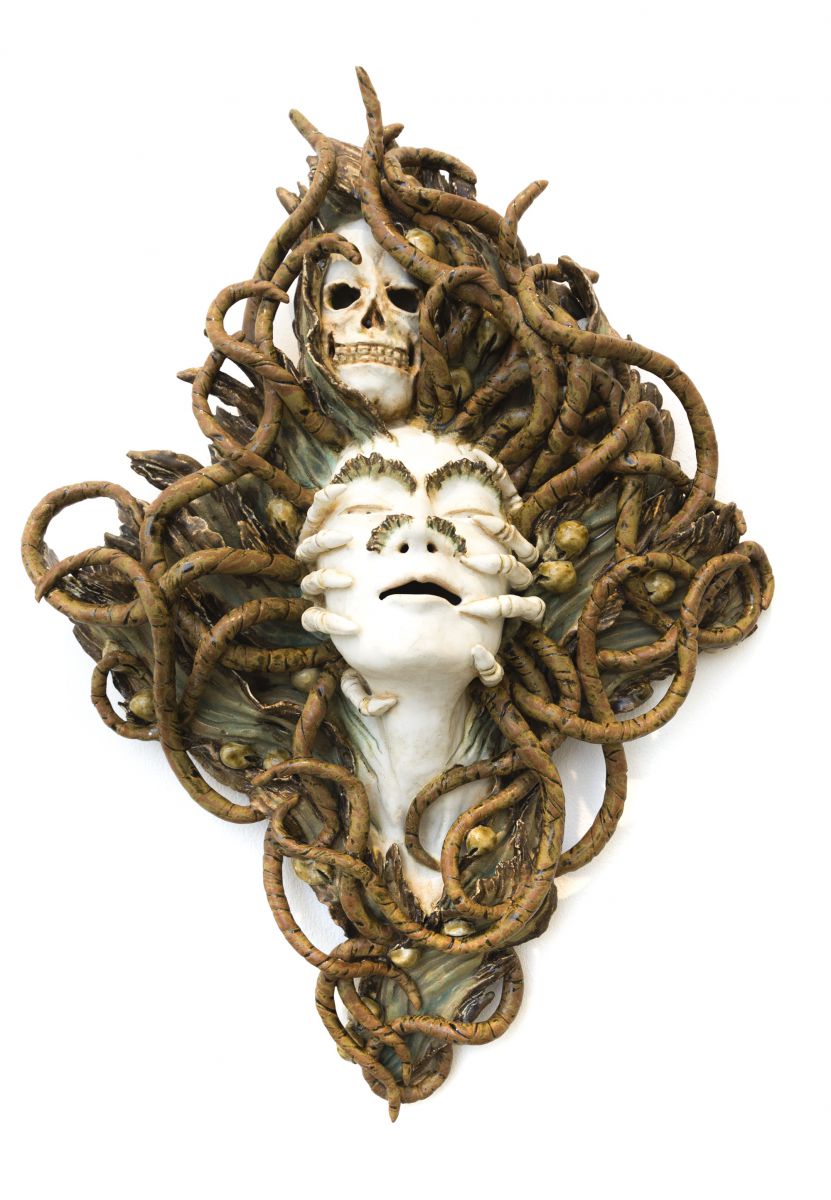