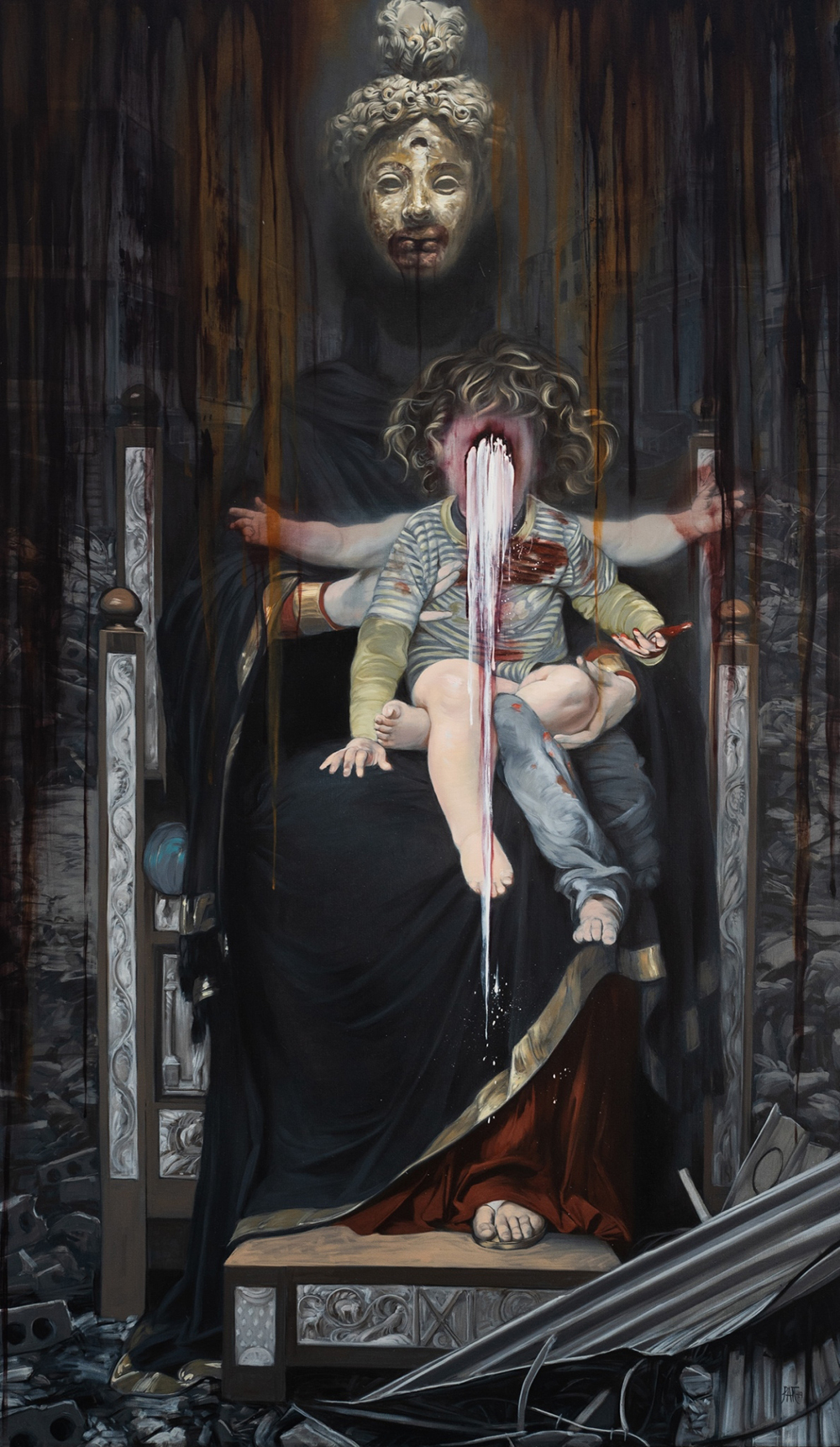 Patt Yingcharoen’s provocative oil paintings build upon constructions from art history, mixing cultures and iconography that continue centuries-long narratives about human nature. In an upcoming show titled “Celebration of flesh and blood” at Number 1 Gallery in the artist’s native Bangkok, several new, dark-surrealist works are offered. It arrives in July at the gallery. 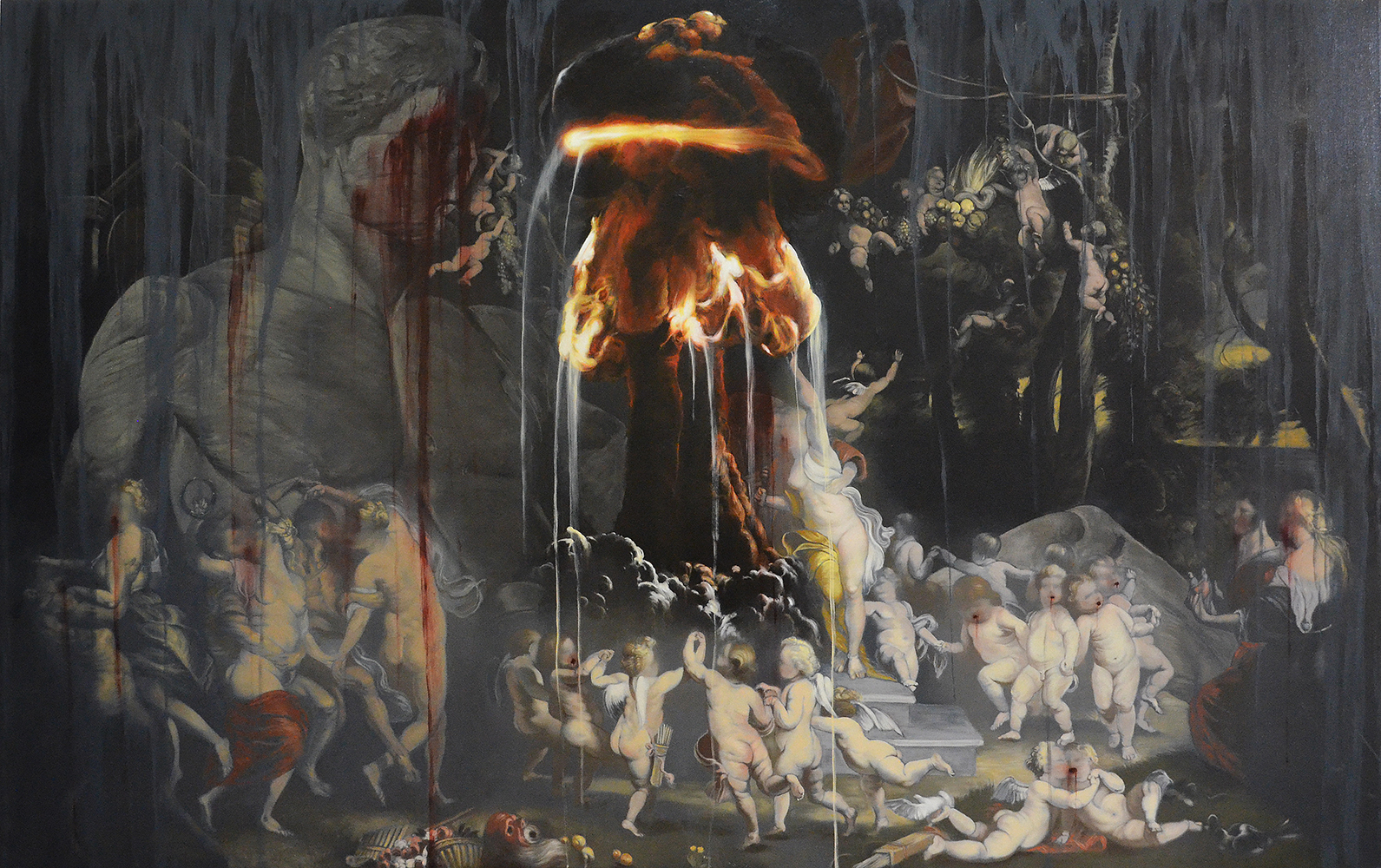 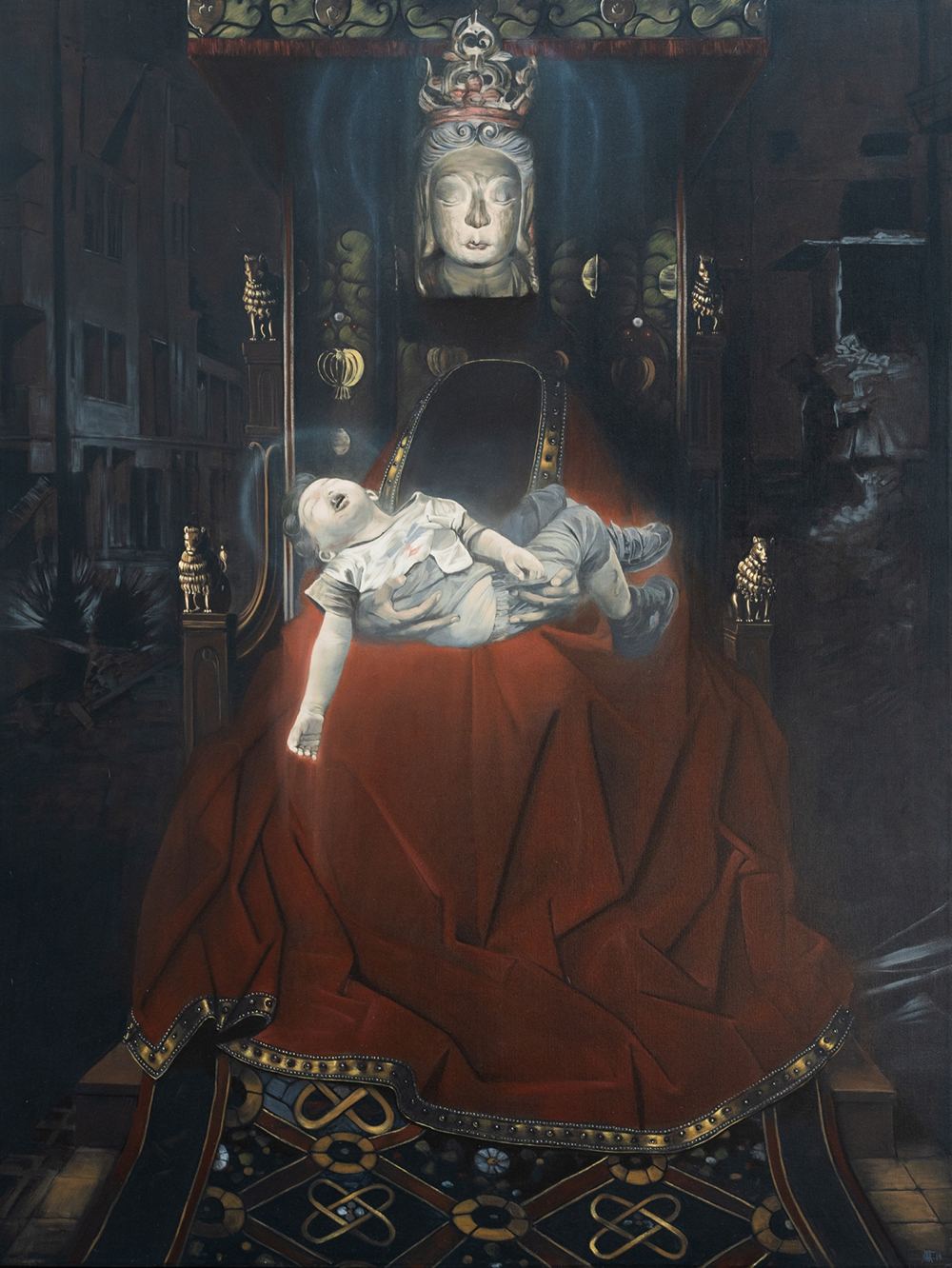 “For many years, the artist has created artworks by using historical evidence as a reference, leads to an initial conclusion that actually, history is similar to the long novel without ending because the author has passed on both his equipment and authority from generation to generation until the present,” the gallery says. “However, although the main purpose of history is to record the story of humankind but it becomes full of mythologies of ancient divines, religions, great emperors until sacredness of modern world institutions such as nation-states, economics, political regime, etc. which are all the collective imagination of human, hence, there has only minor space for ordinary people who possess flesh, blood, breath, and feel.”

The above works will appear in the Number 1 Gallery show. See some of Choi’s past work below. 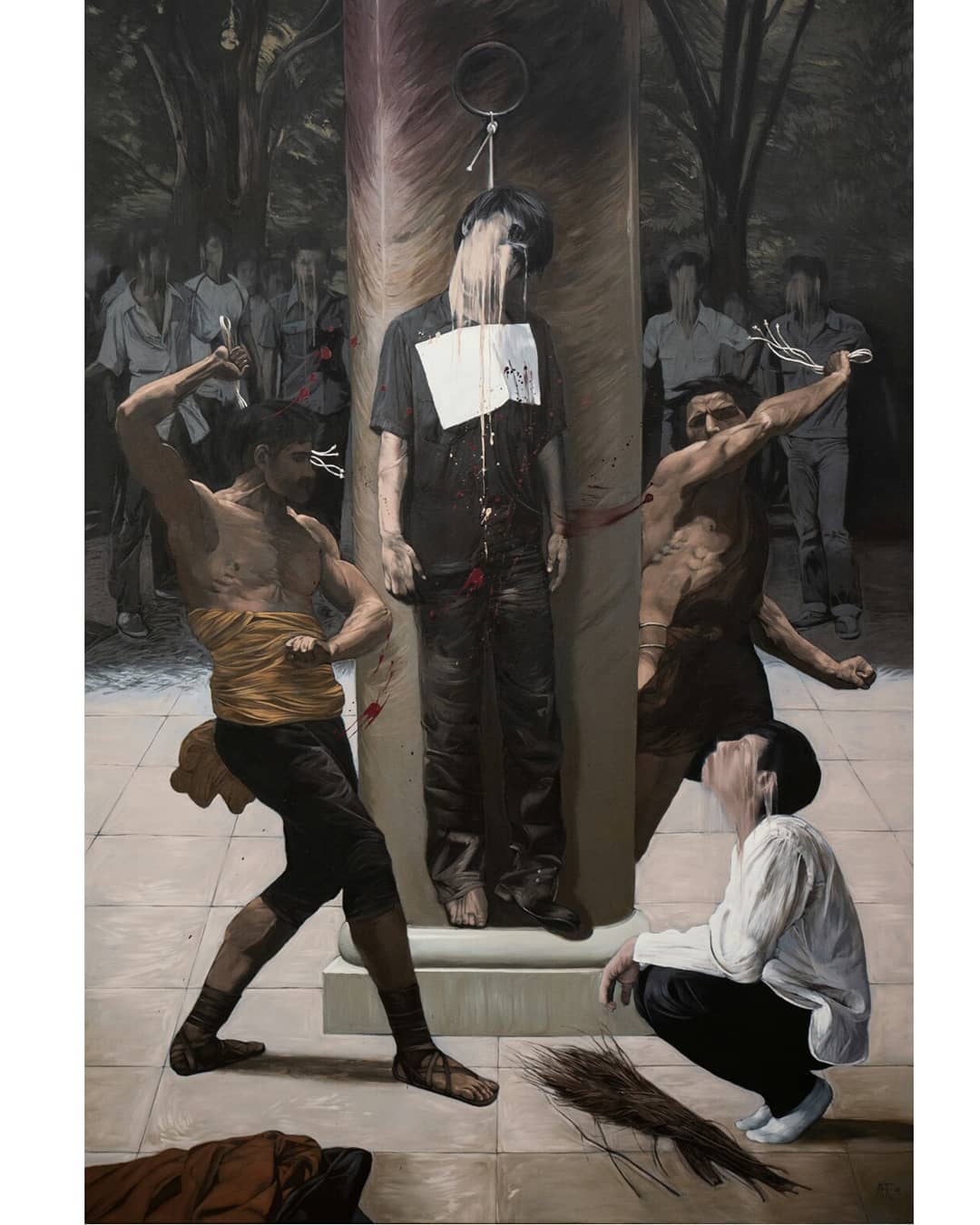 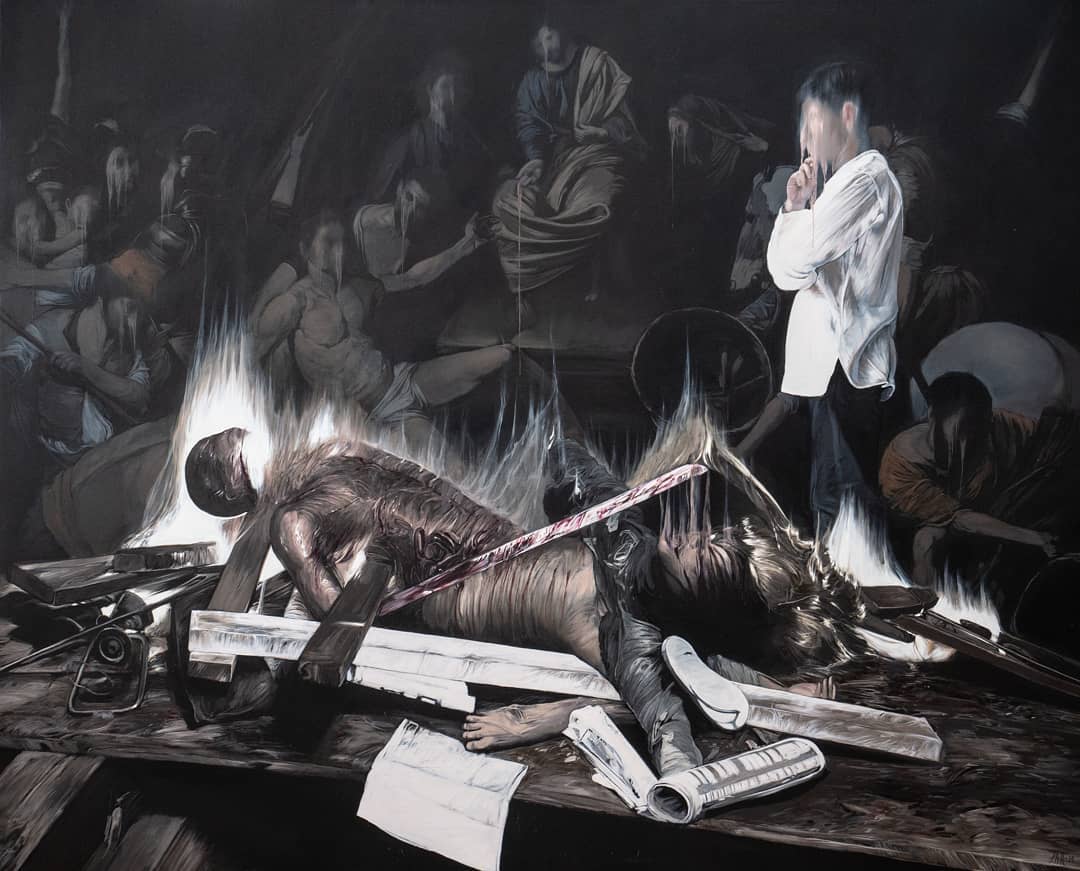 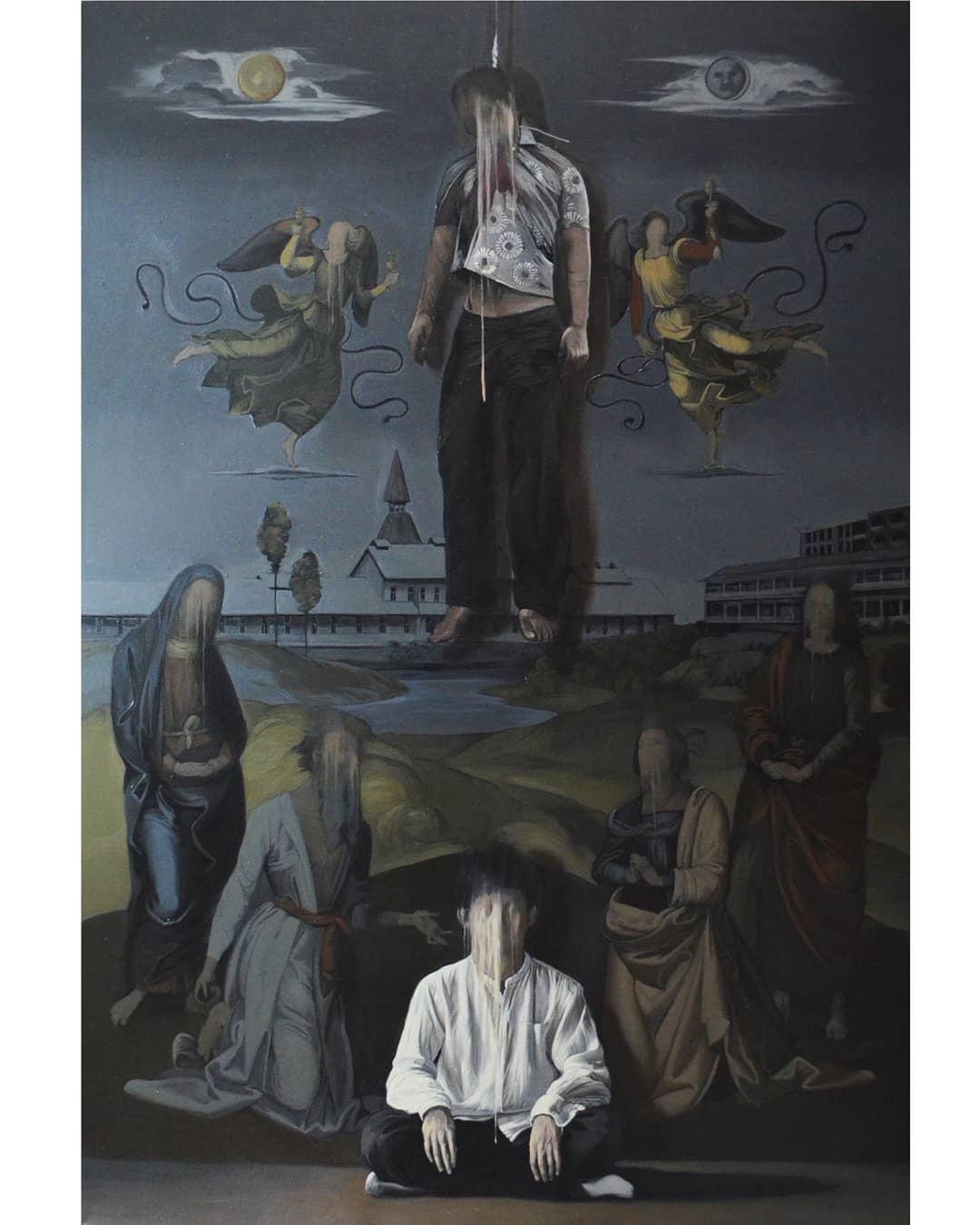 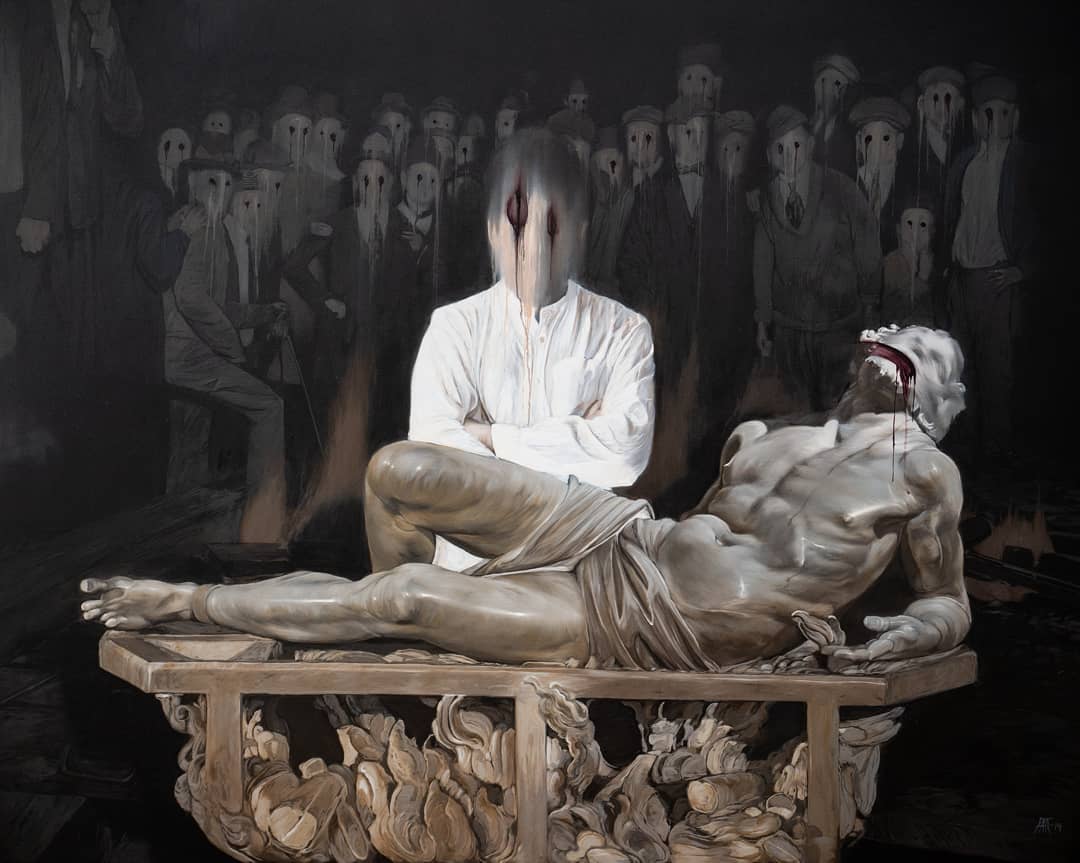 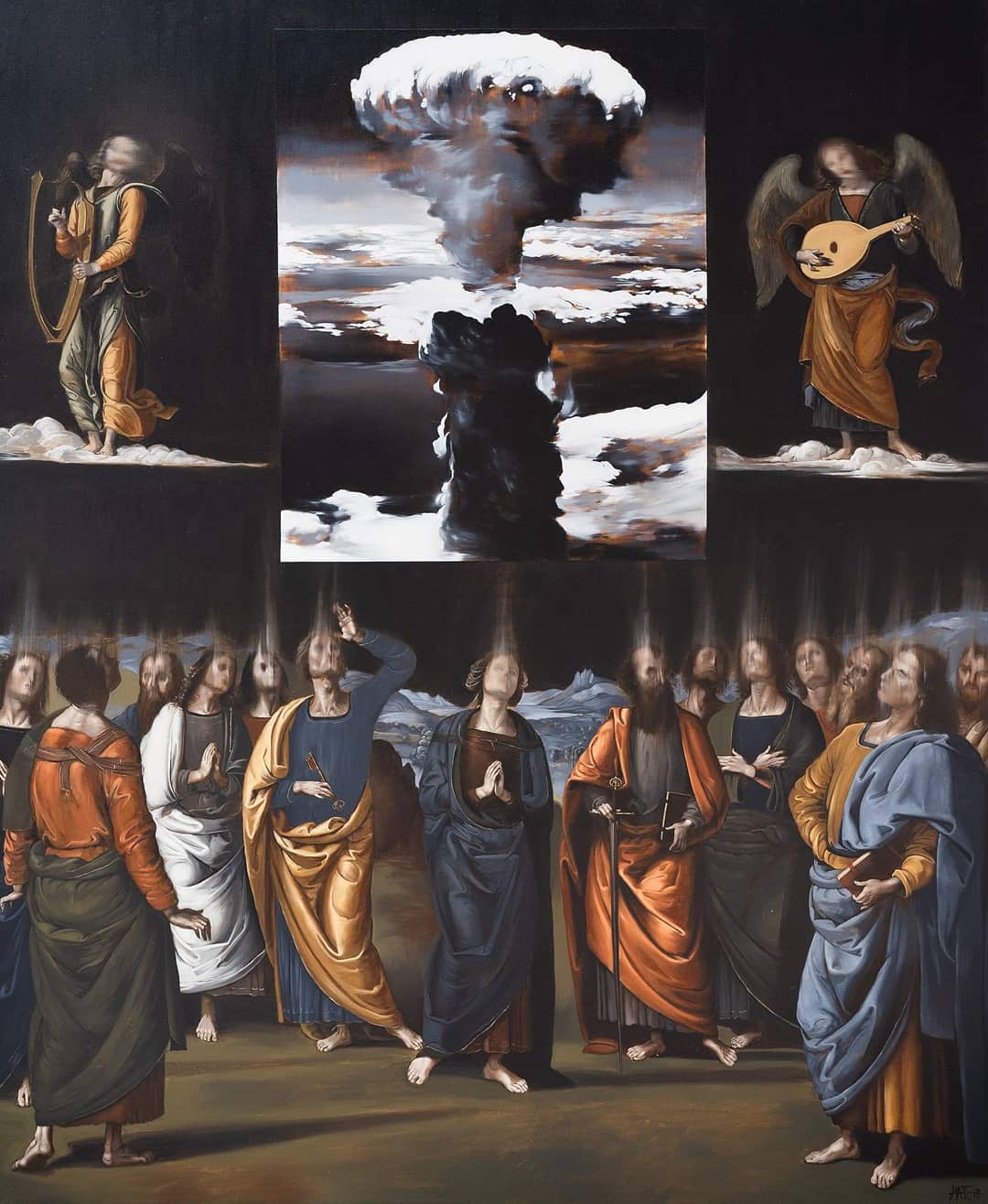 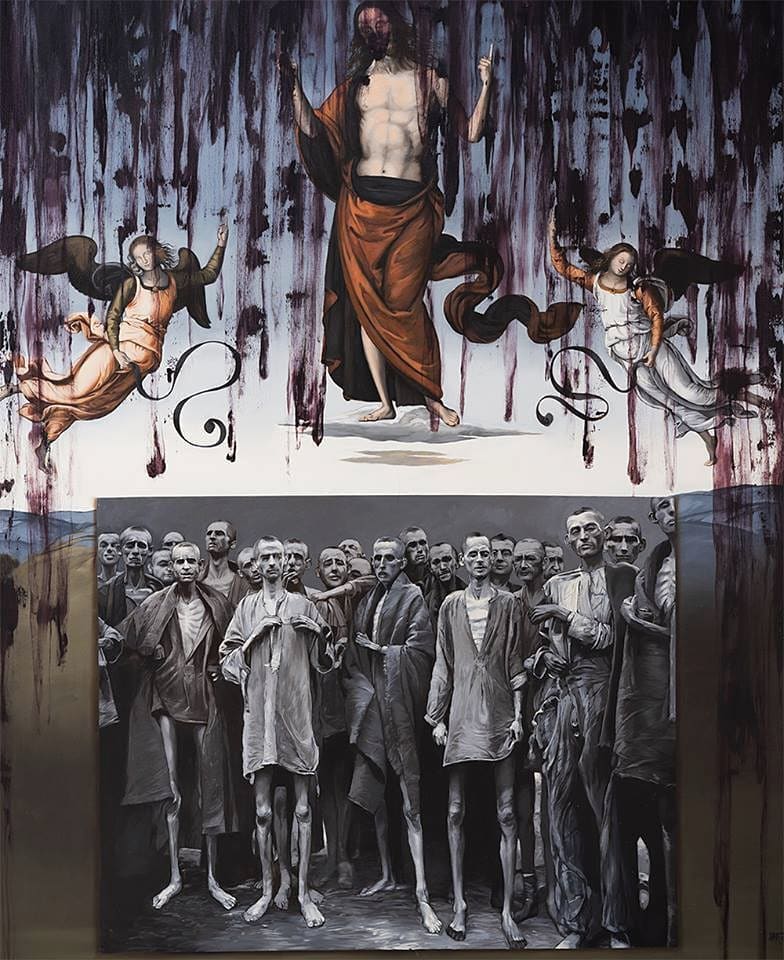 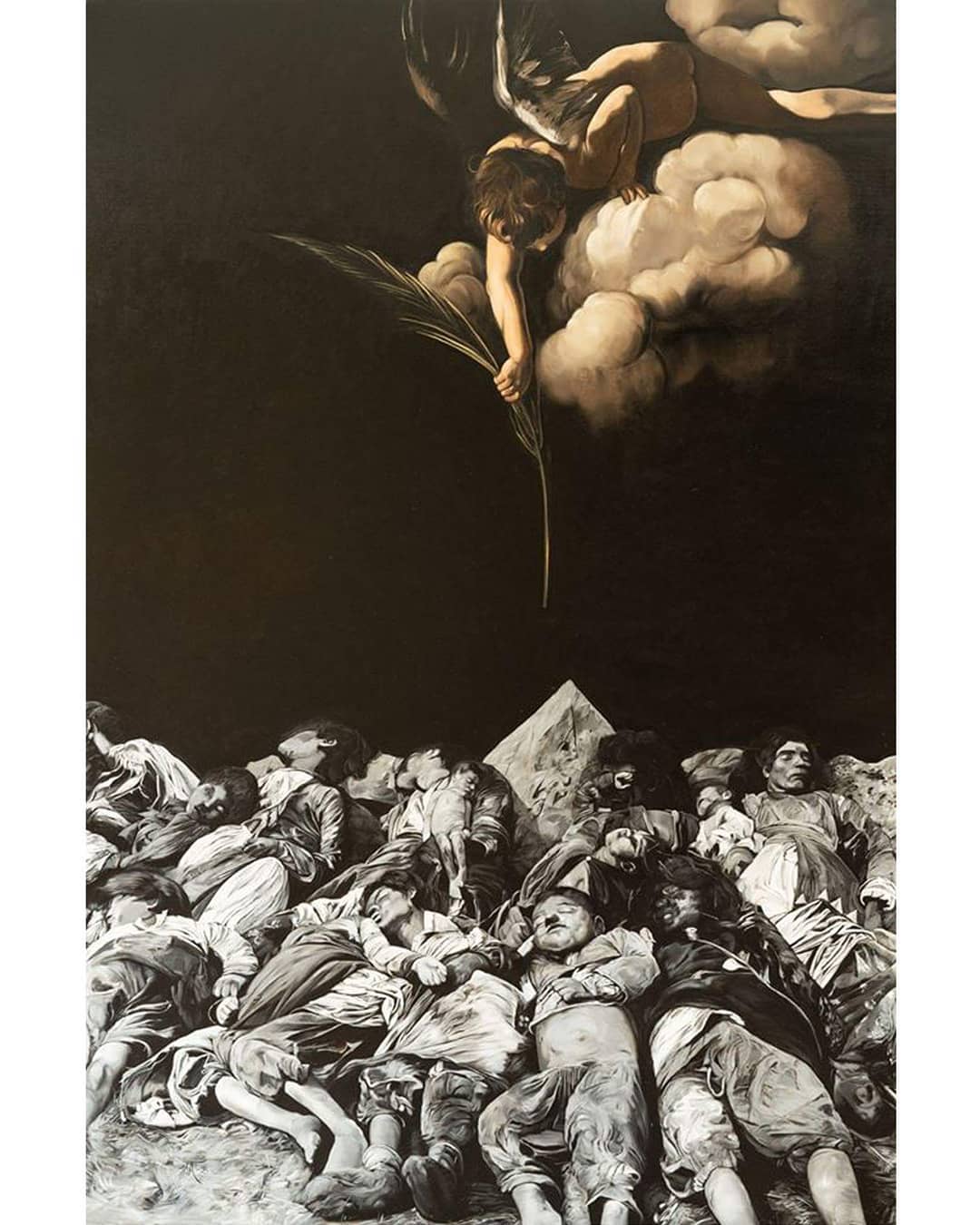