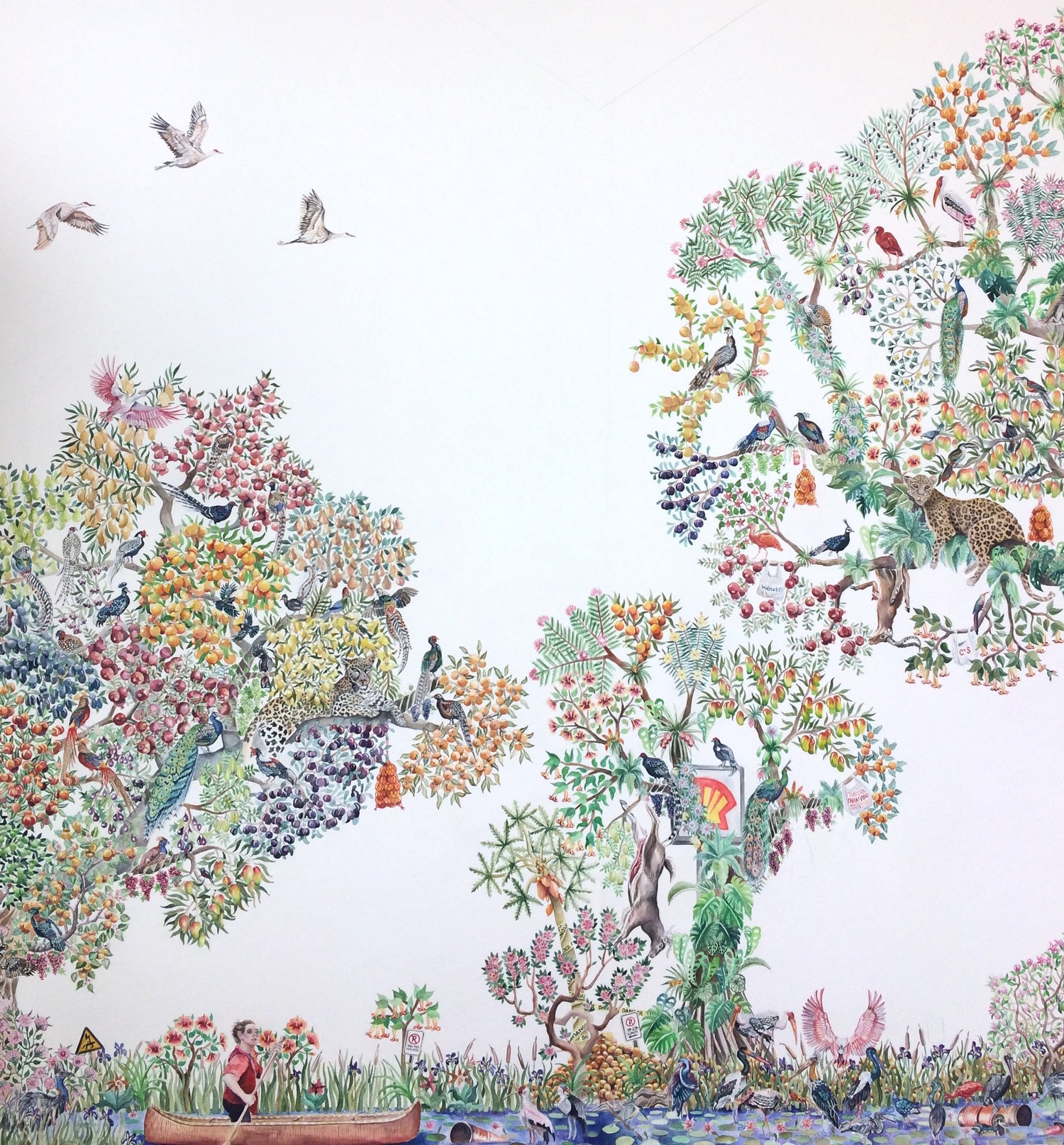 Nature has once again reclaimed the world in the watercolor scenes of Robin Crofut-Brittingham, whose lush textures reveal surprises upon inspection. The artist, whose work has been exhibited in both U.S. and Canadas, crafts new, mystic figures that seem to have evolved adorned with nature’s texture. The use of watercolors underscores the elegance of the flora and fauna she’s depicting. 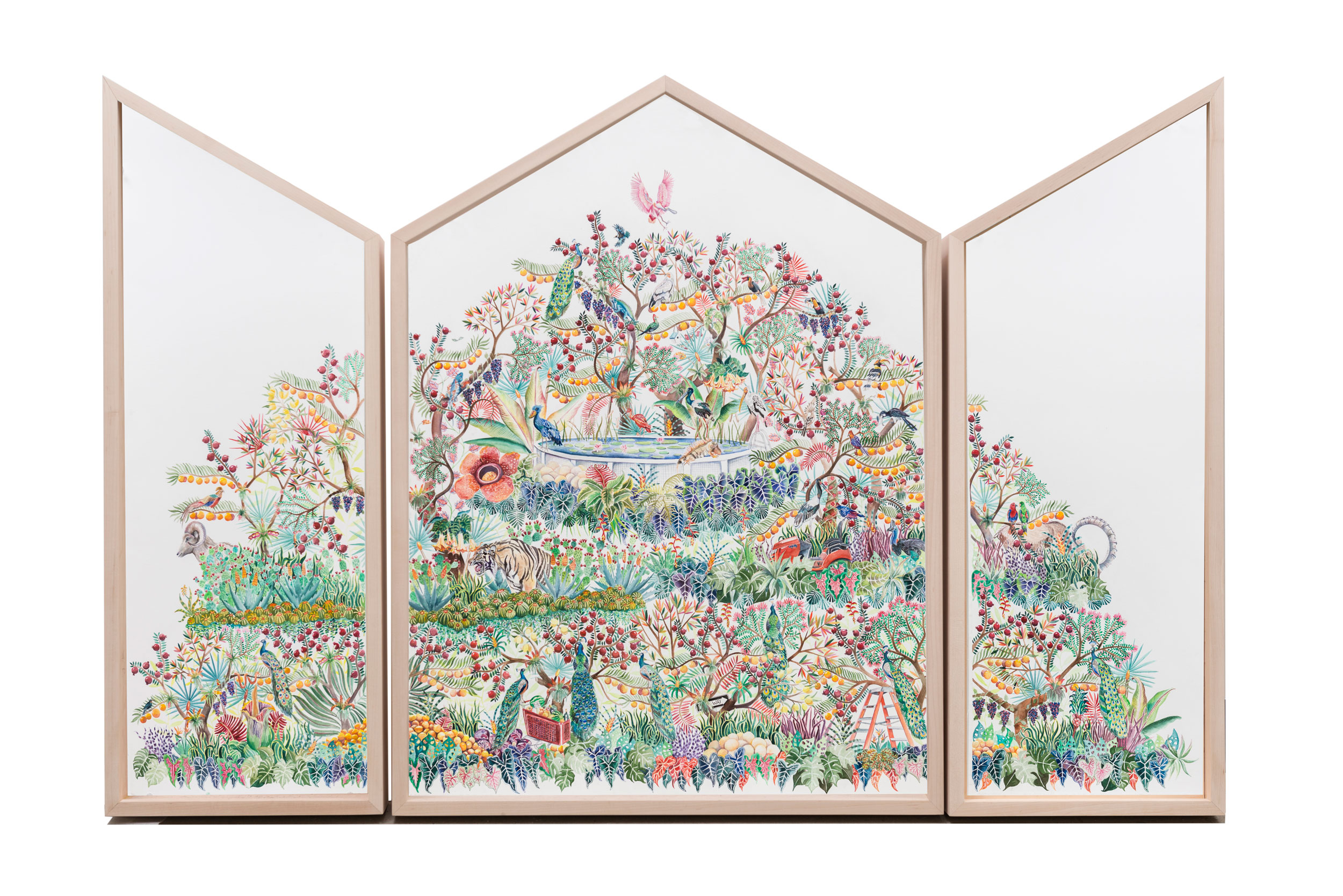 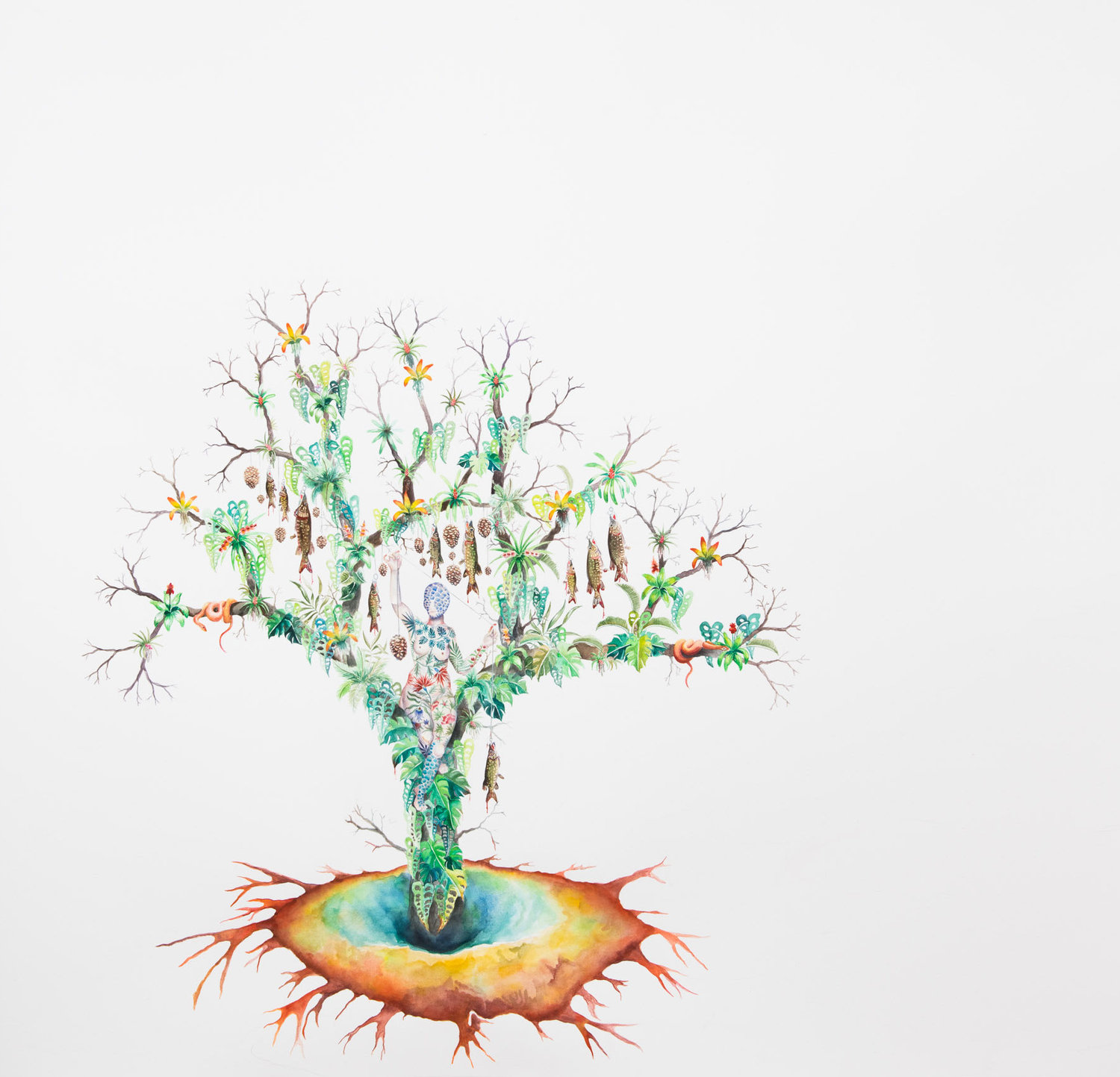 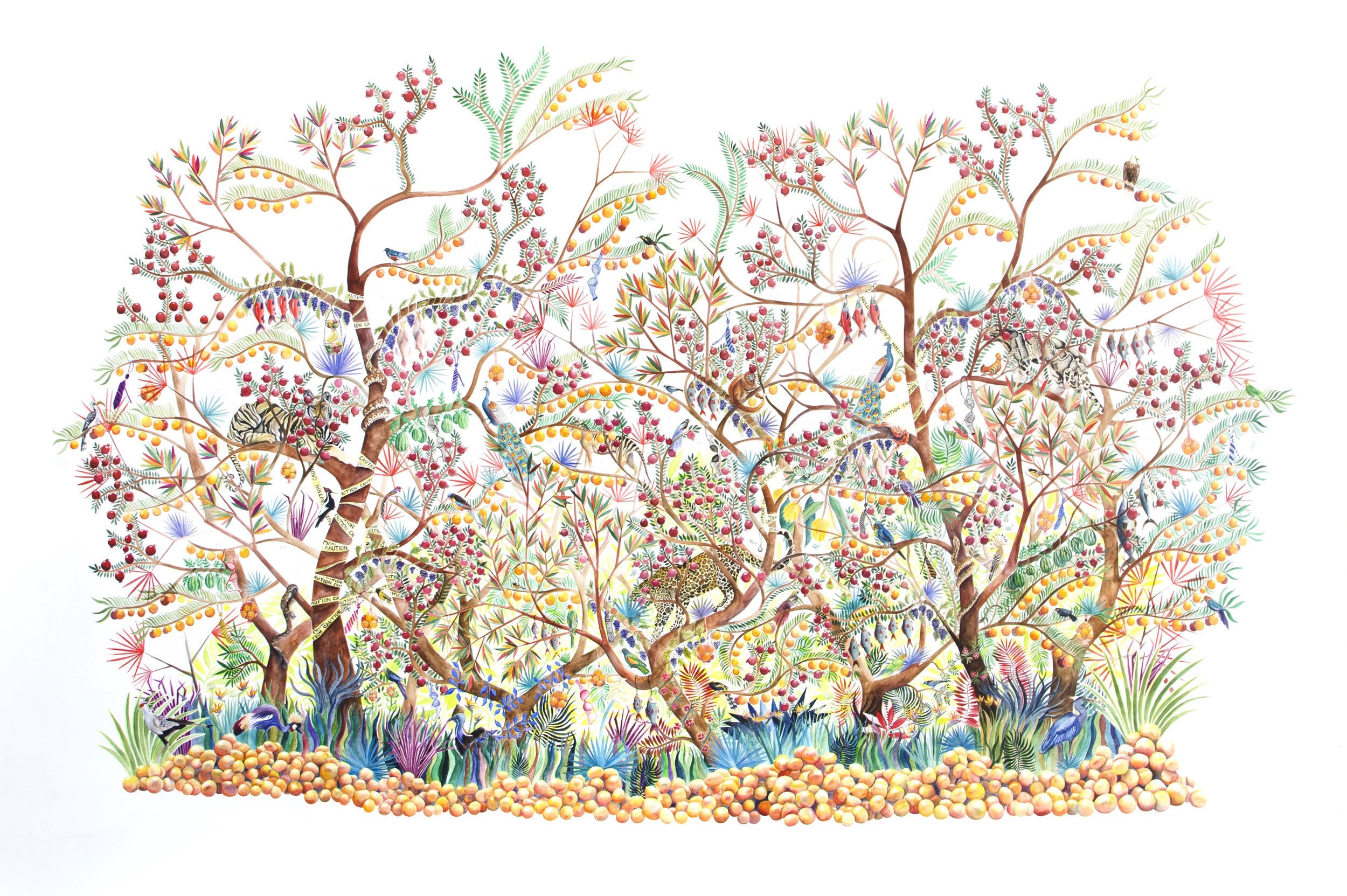 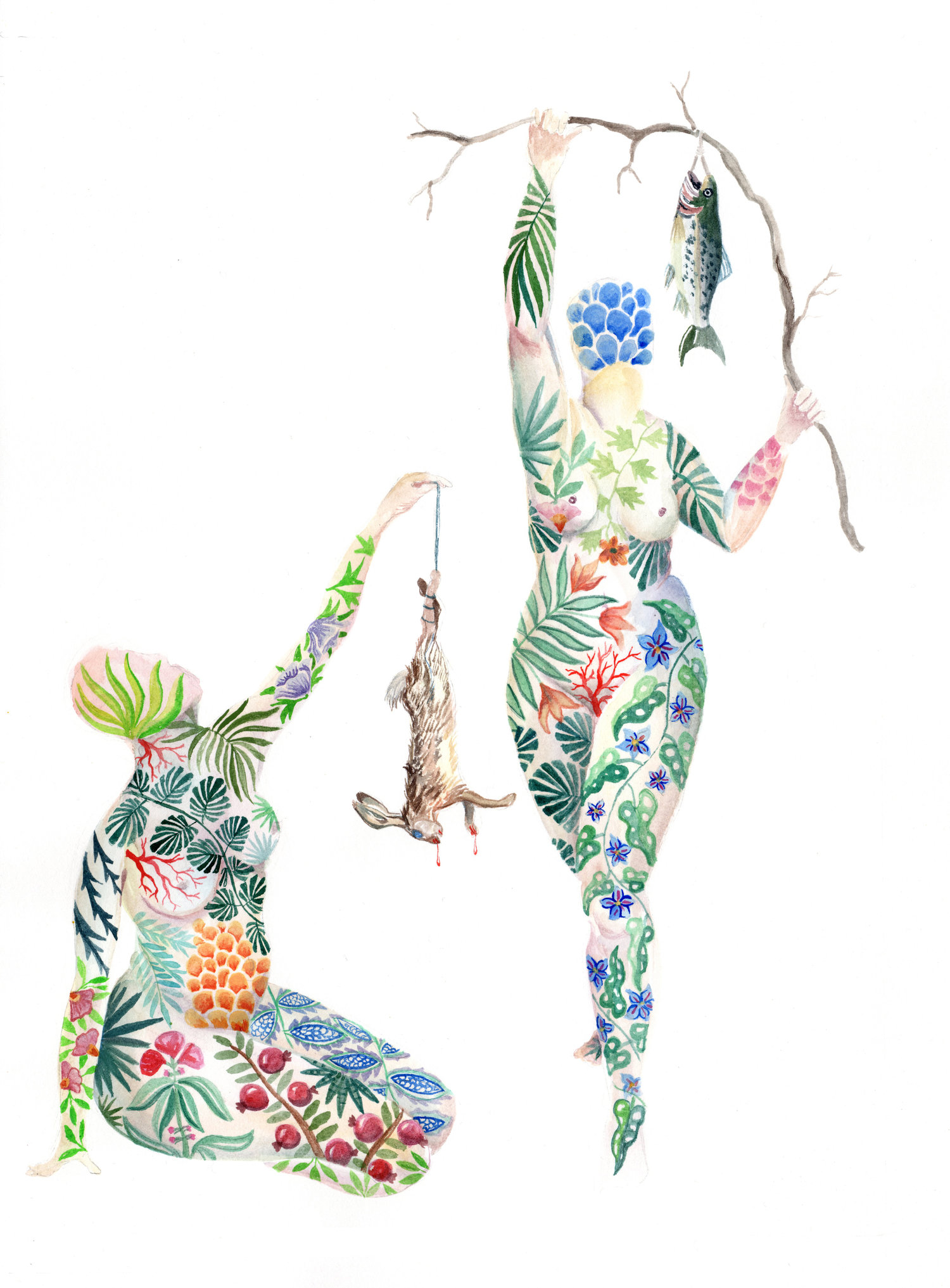 “Her current work reflects on the relationship between humans and the natural world,” a statement says. “In this work she proposes an alternative future that is equal parts apocalyptic and utopian. In this imagined reality the developed human world as we know it has been reclaimed by plants and animals to be an overgrown, wild, untamed and dangerous fantasy world.” 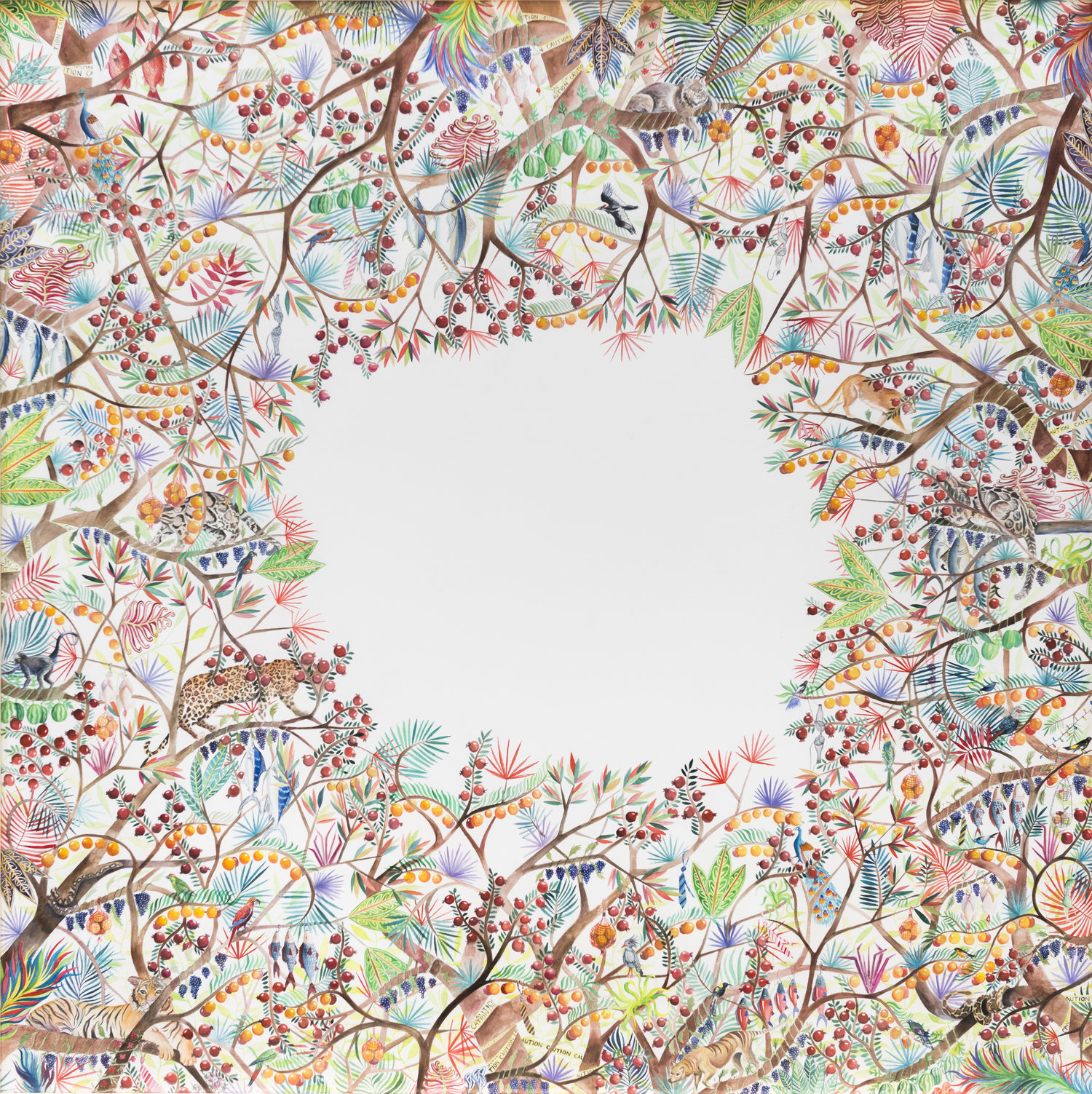 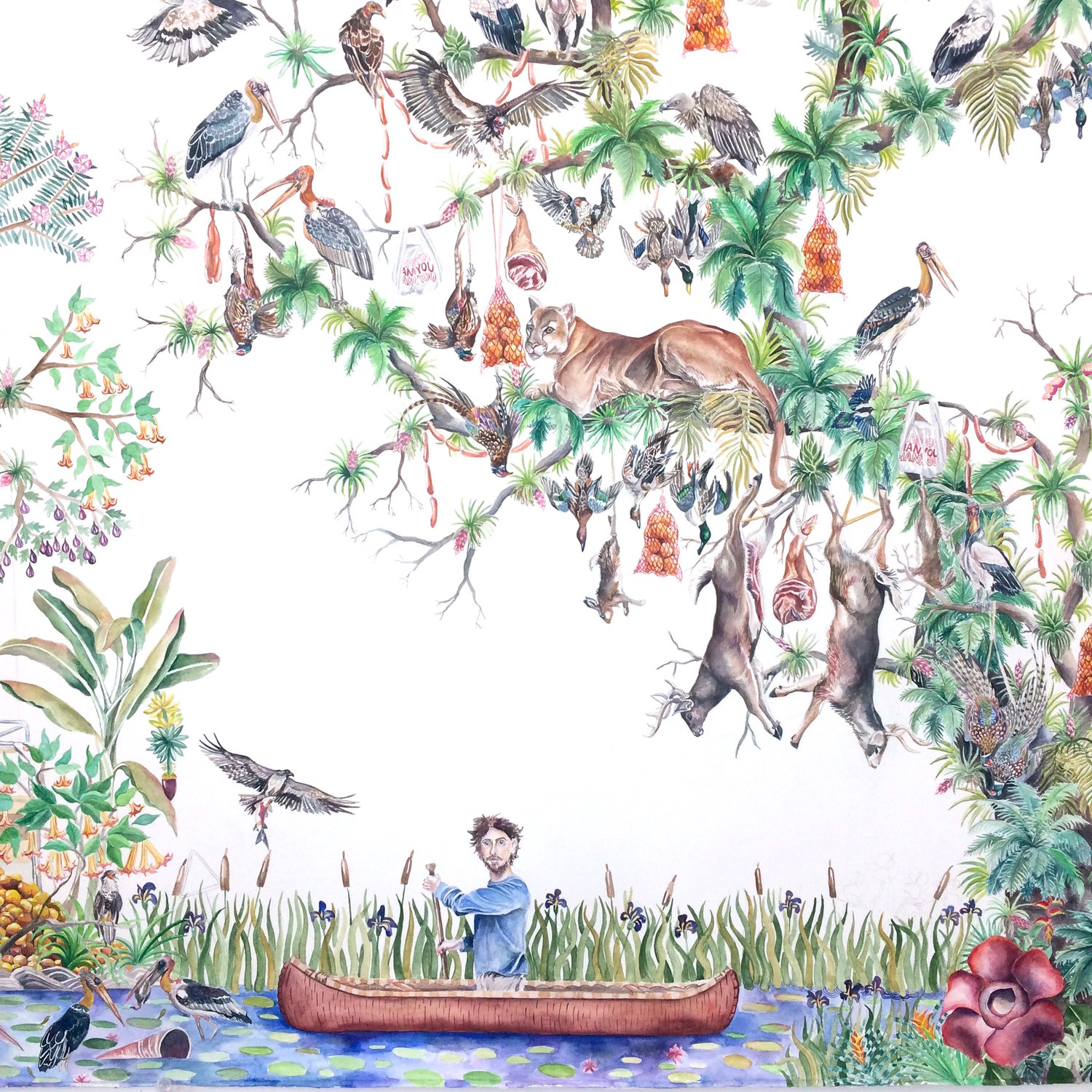 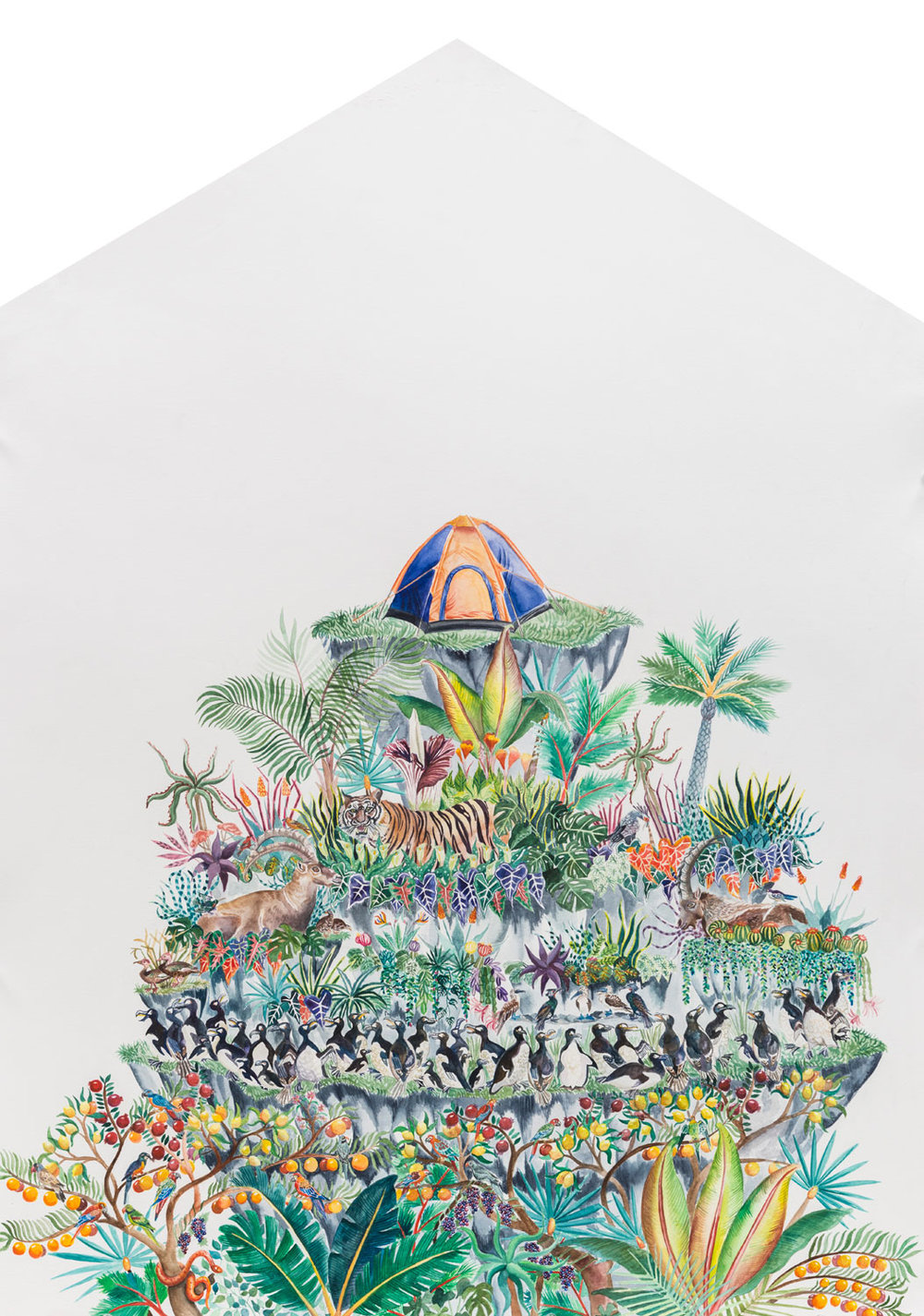