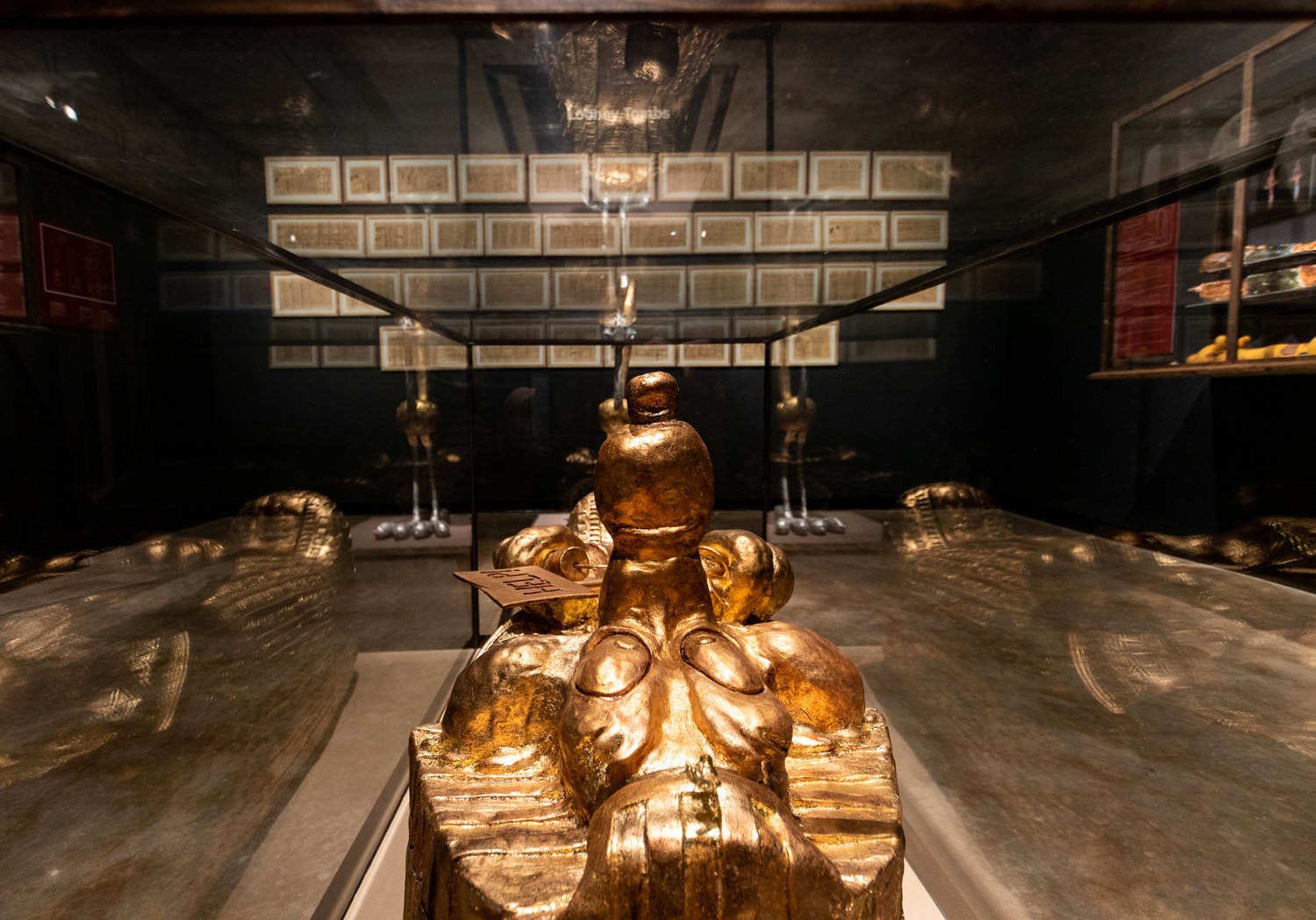 In Peter Palfi‘s “Looney Tombs” series, the mythologies of Ancient Egyptian gods and 20th-century animation synthesize with artifacts faithful to both histories. The Hungarian artist uses bronze, wood, resin, actual mummified animals, and other materials to craft these sculptures—along with his own complete Book of the Dead. For some, it may recall Damien Hirst’s “Treasures from the Wreck of the Unbelievable,” though Palfi’s work, in concept, wholly embraces the absurd. 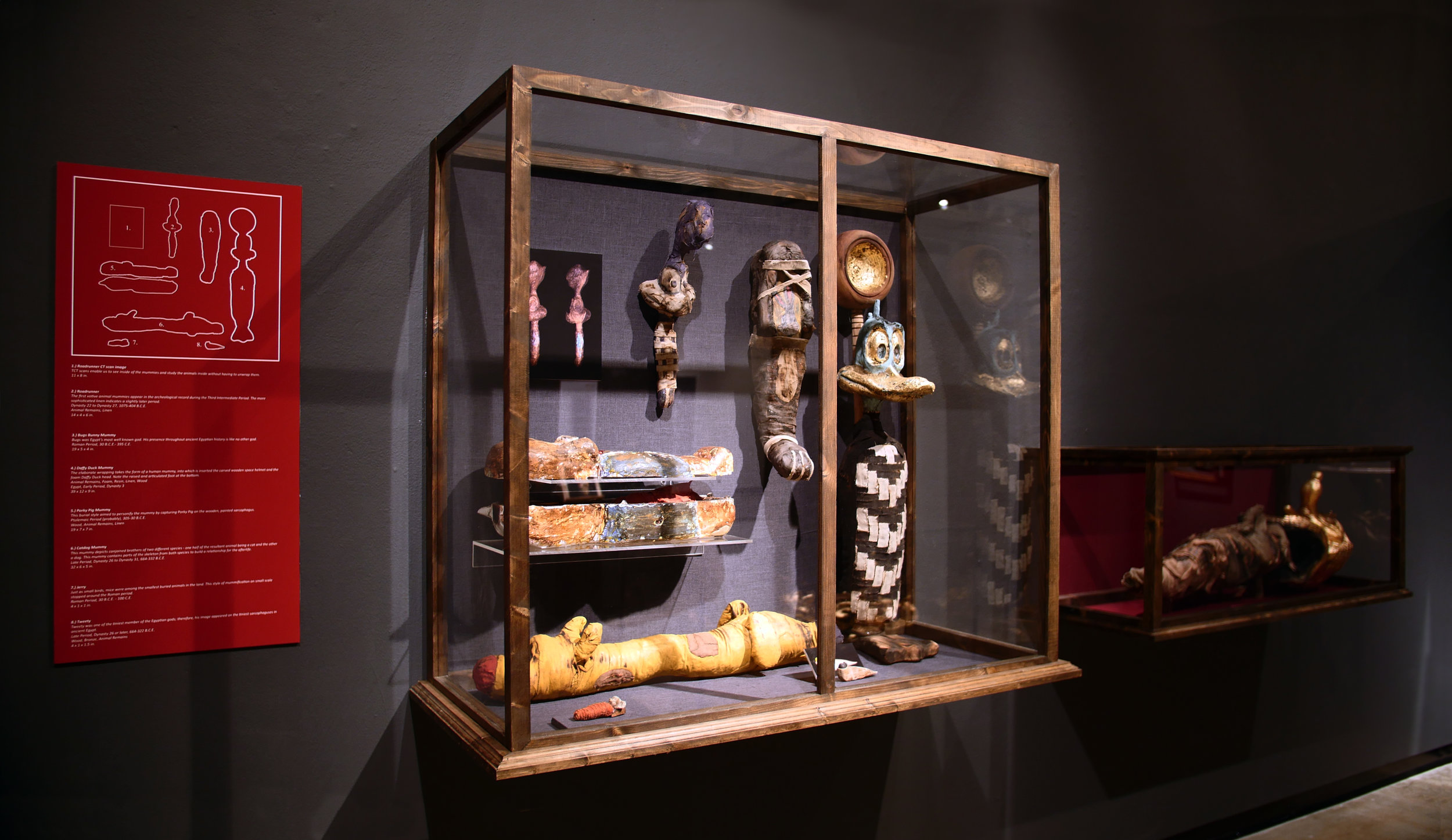 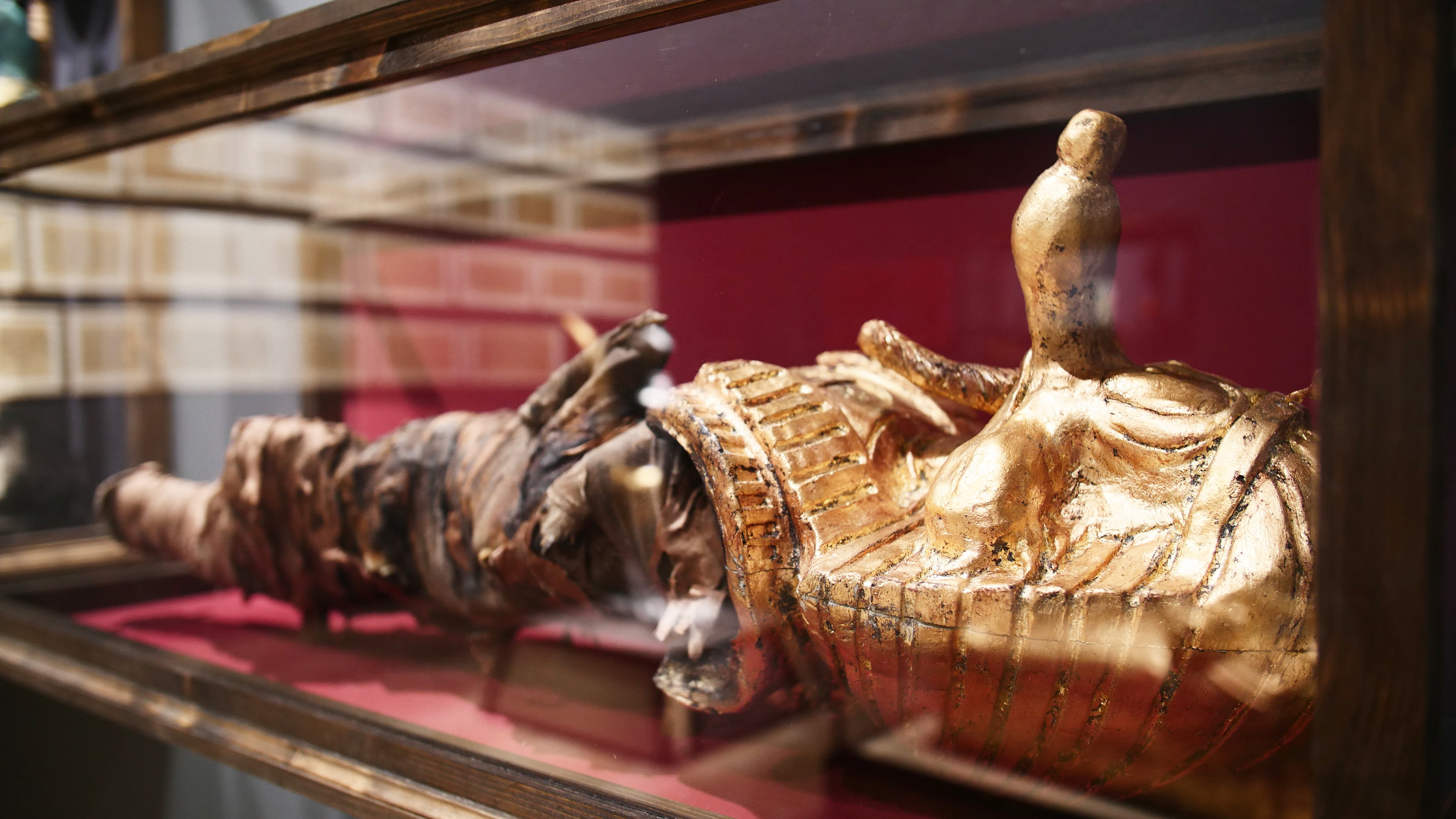 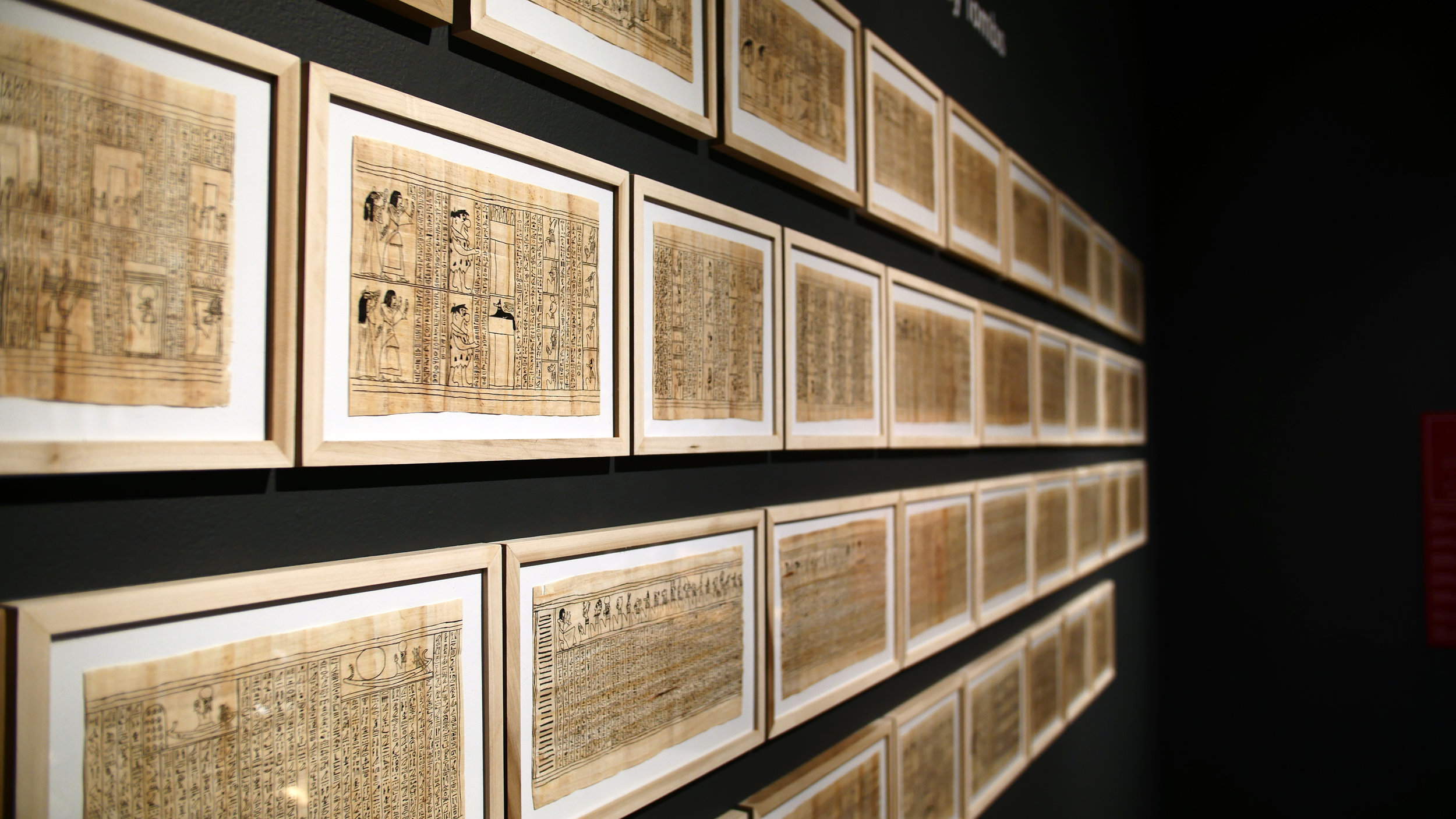 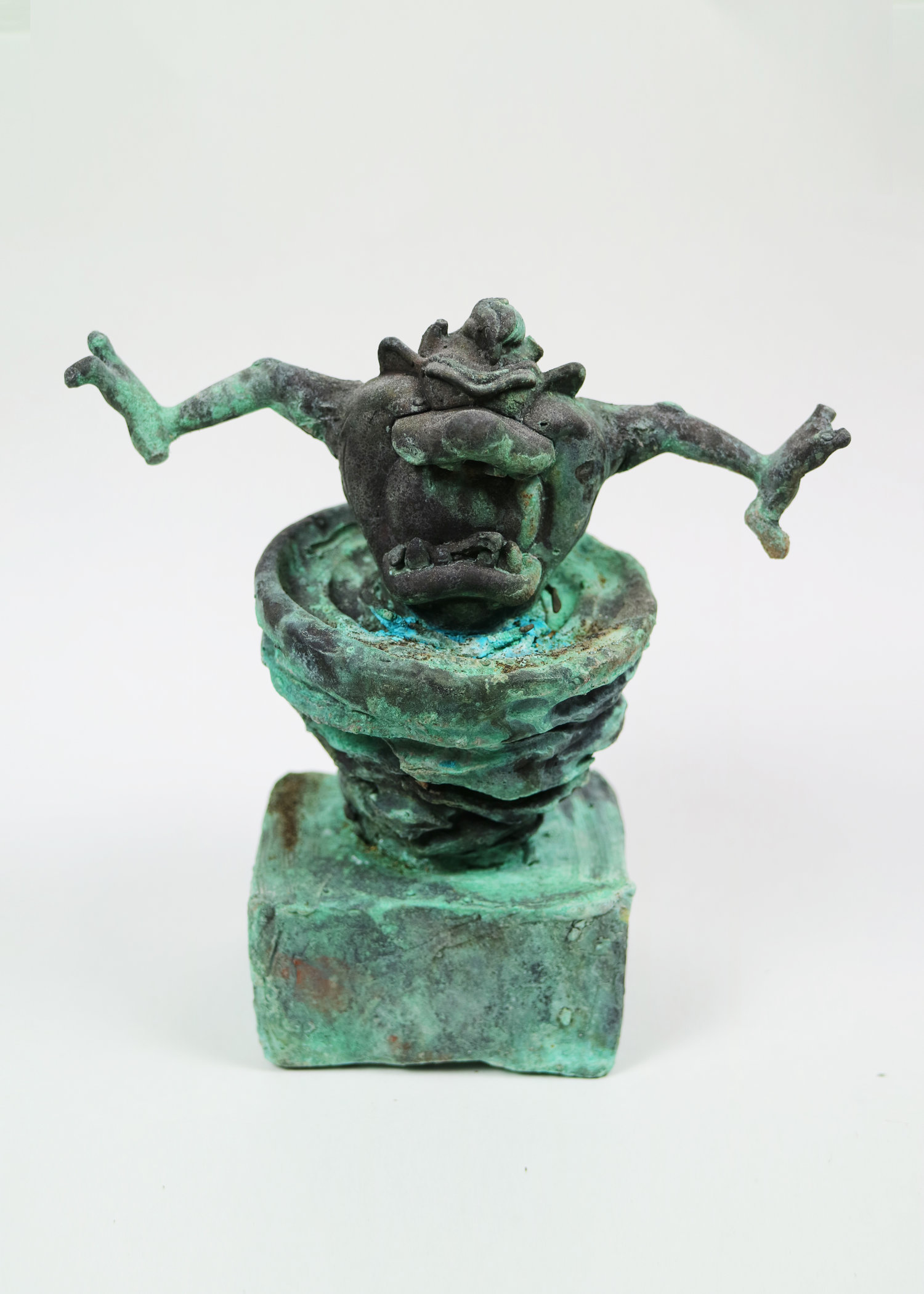 “Throughout their history, cartoon characters entertained their audiences with high levels of violence; however, the humanization of animals ultimately took the cruel aspect out of contention,” the artist tells us. “In parallel, ancient Egyptians veiled the deceased animal through wrapped linen, using spirituality to convey a purposeful death. My mummified animals create a universe where history and present day collide. Ancient Egyptian gods and animal mummies experience a rebirth in the form of 20th century cartoon characters.”

See more of Palfi’s work below. 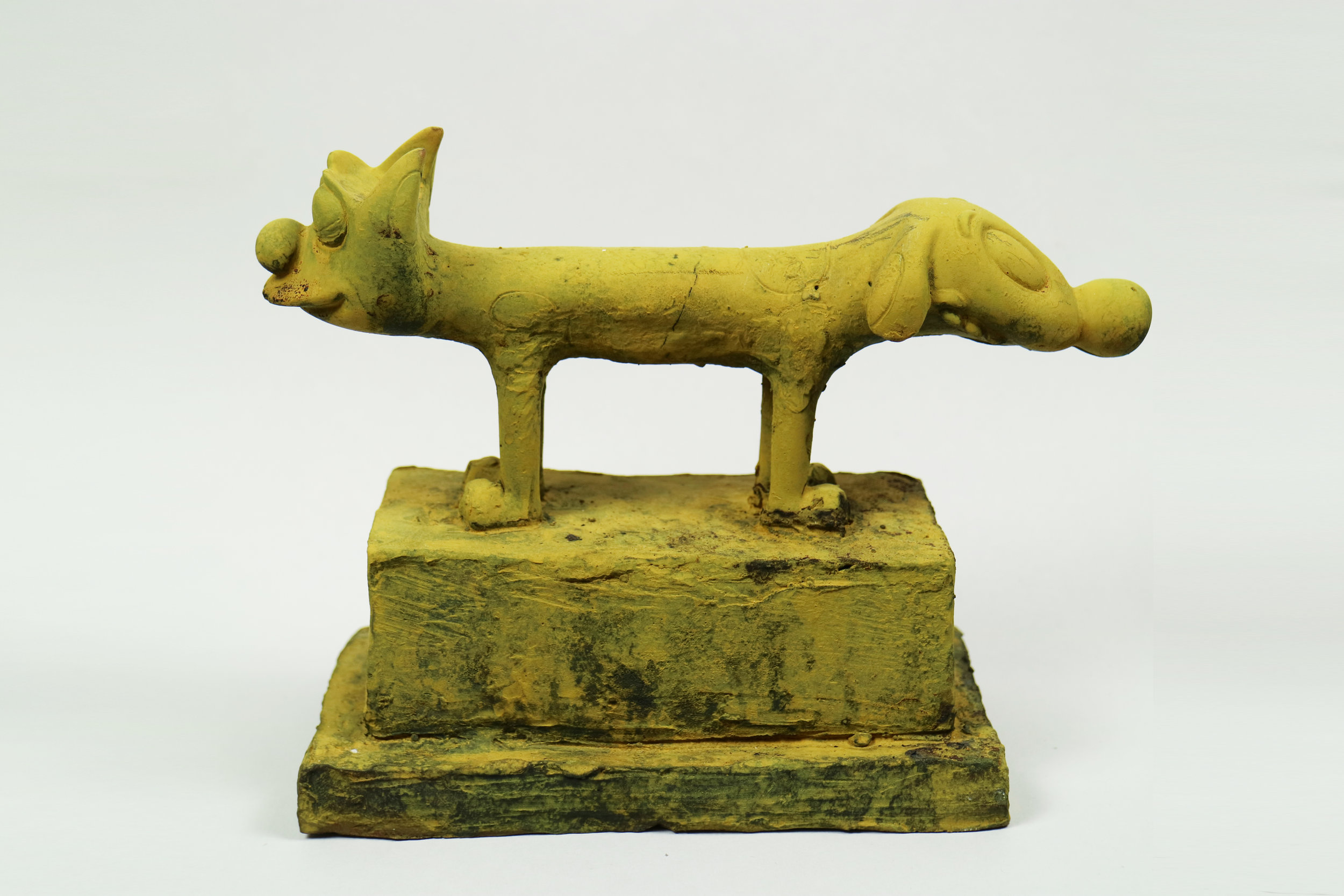 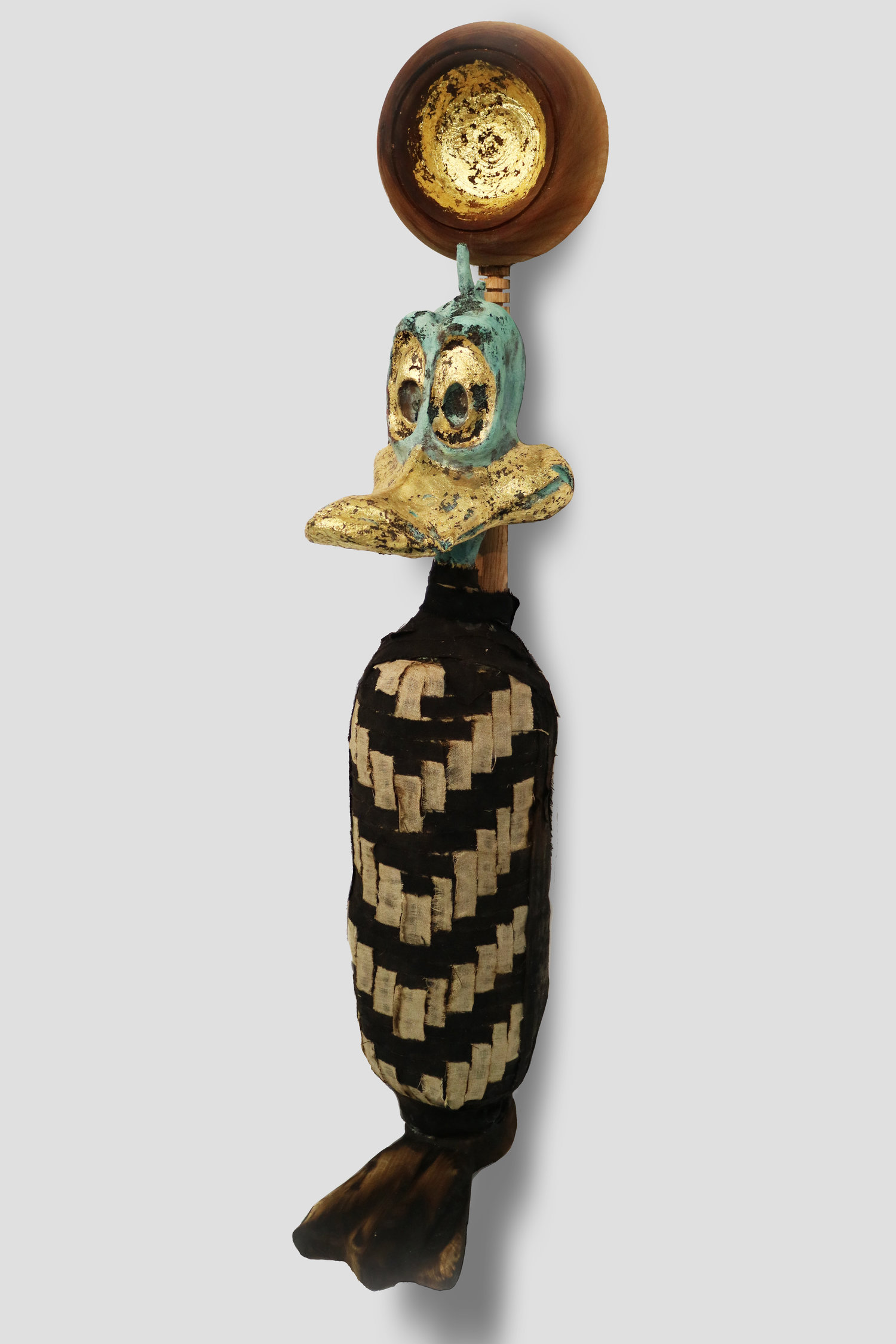 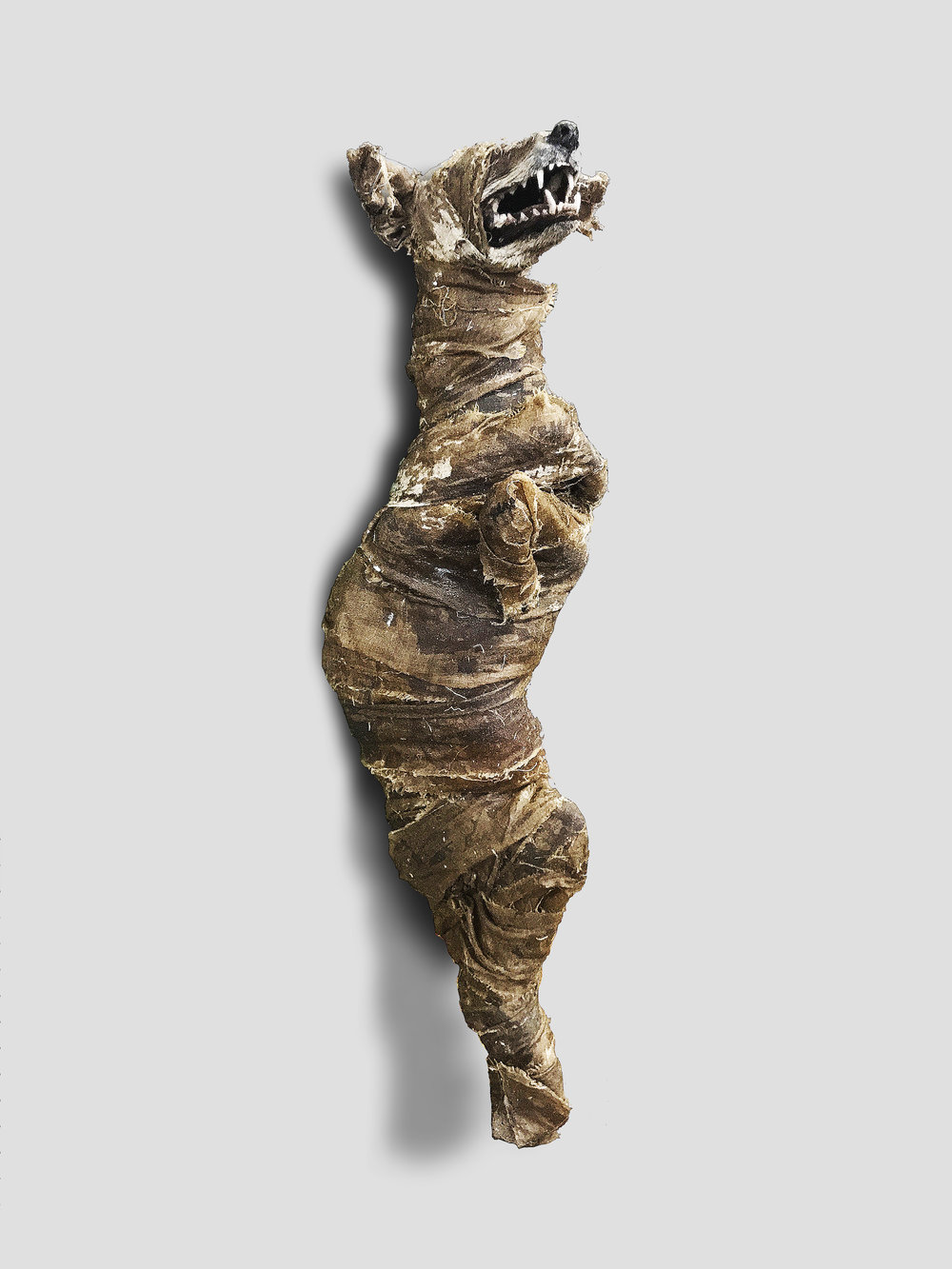 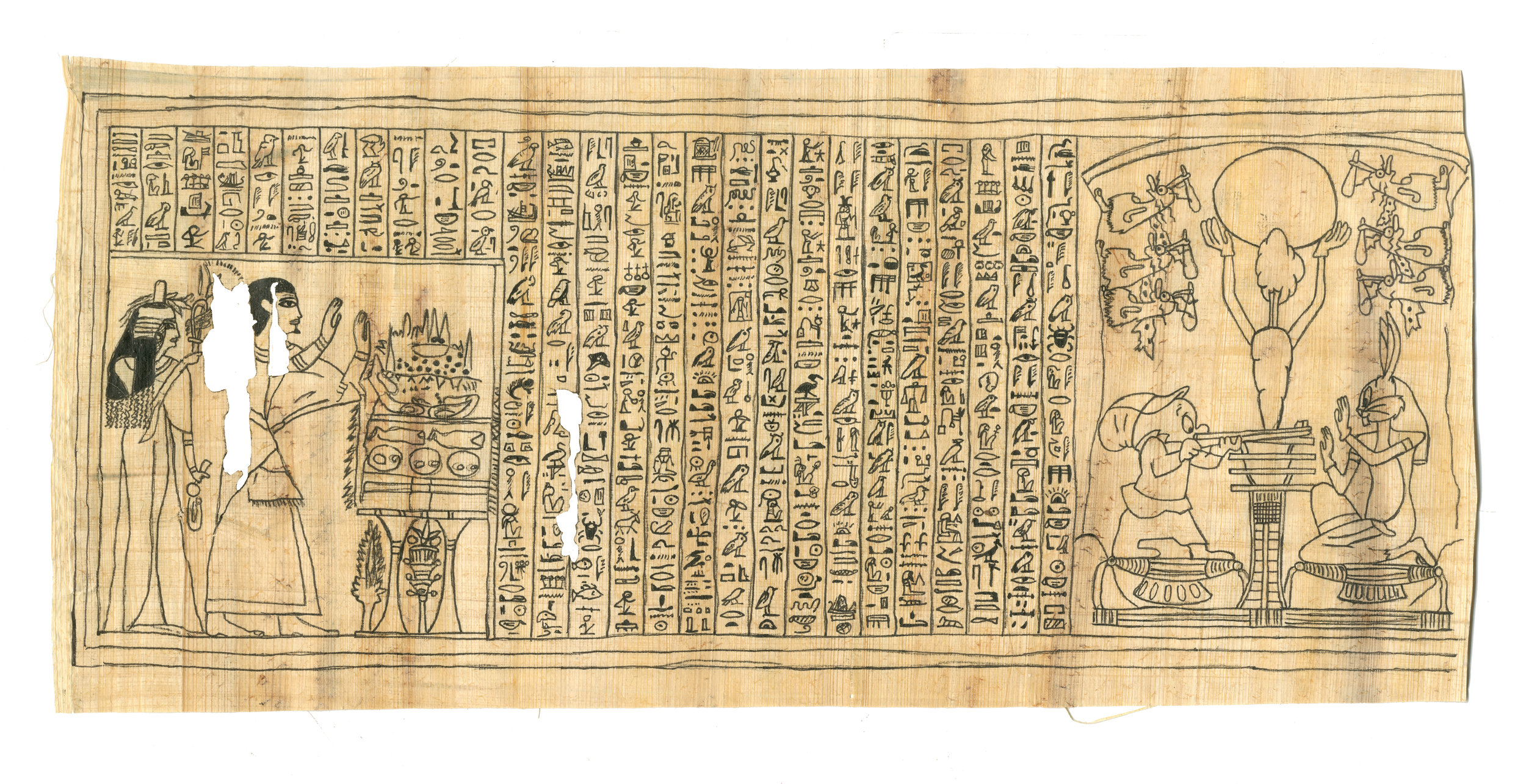 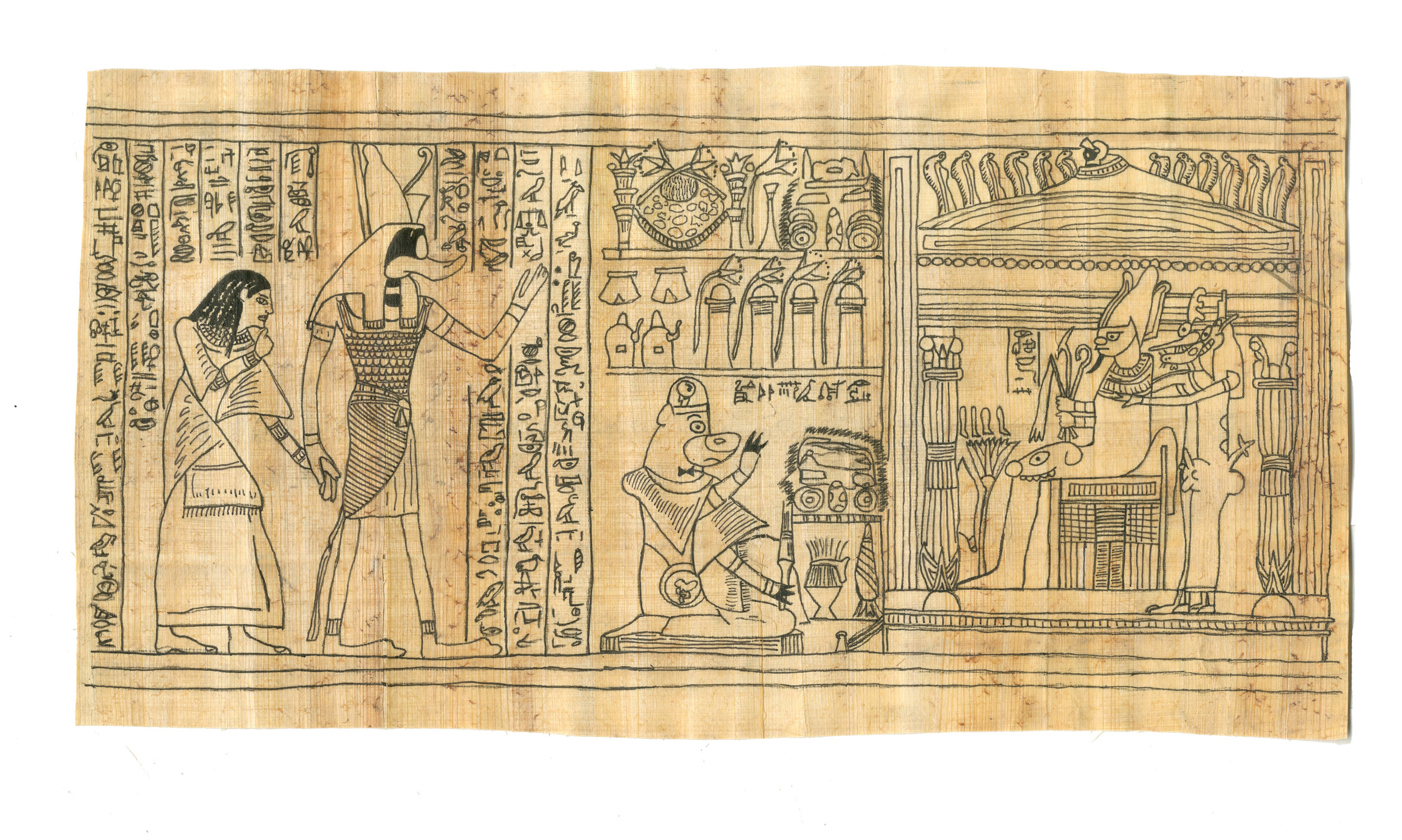