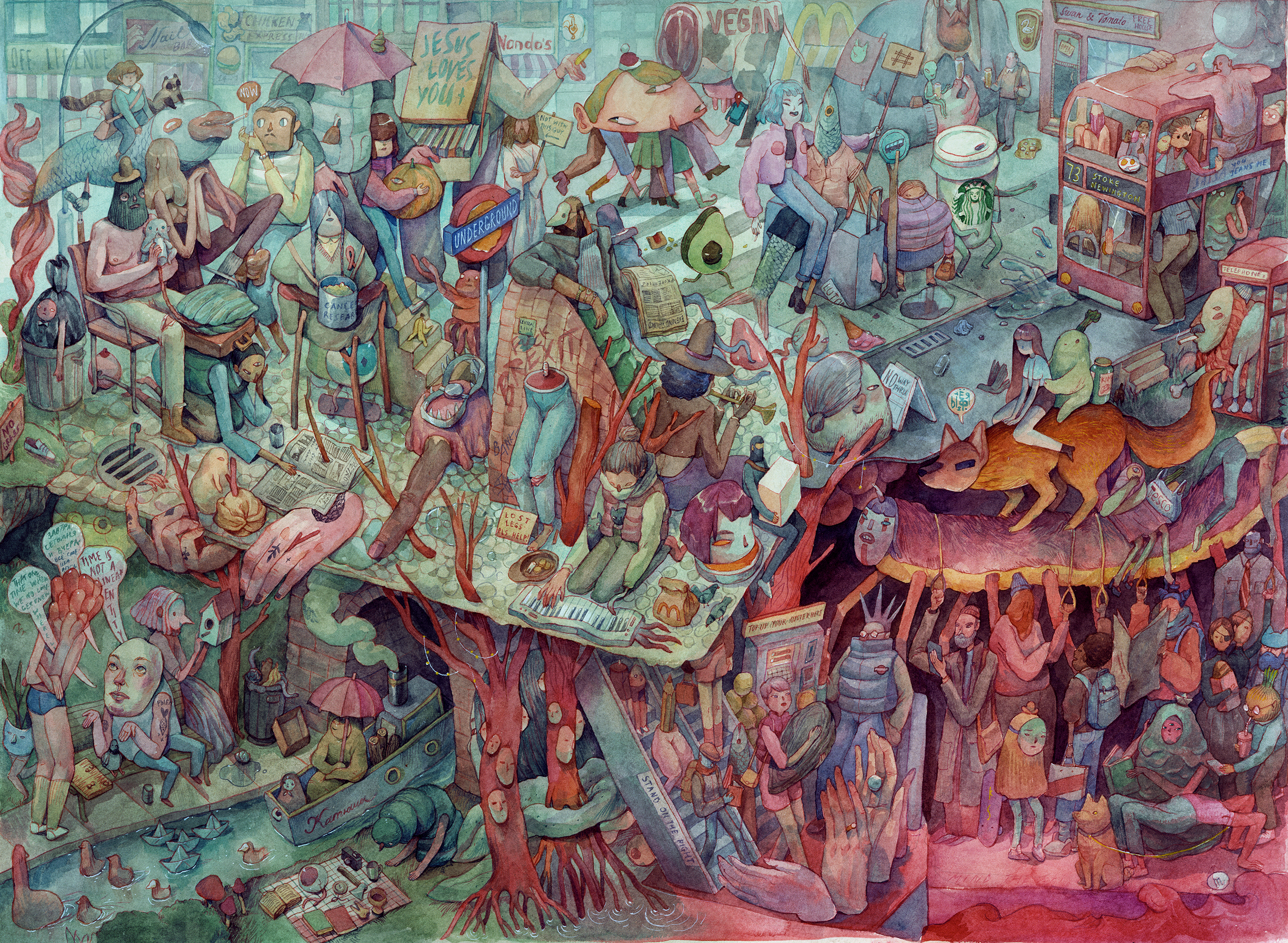 Rendered in watercolors, a vision of London is cast by illustrator Marija Tiurina that took months to complete. The artist says the piece wasn’t planned or sketched, despite its complexity, as she opted to create it in a “a purely intuitive way.” The result stitches together parts of the city in a way that Tiurina describes below: 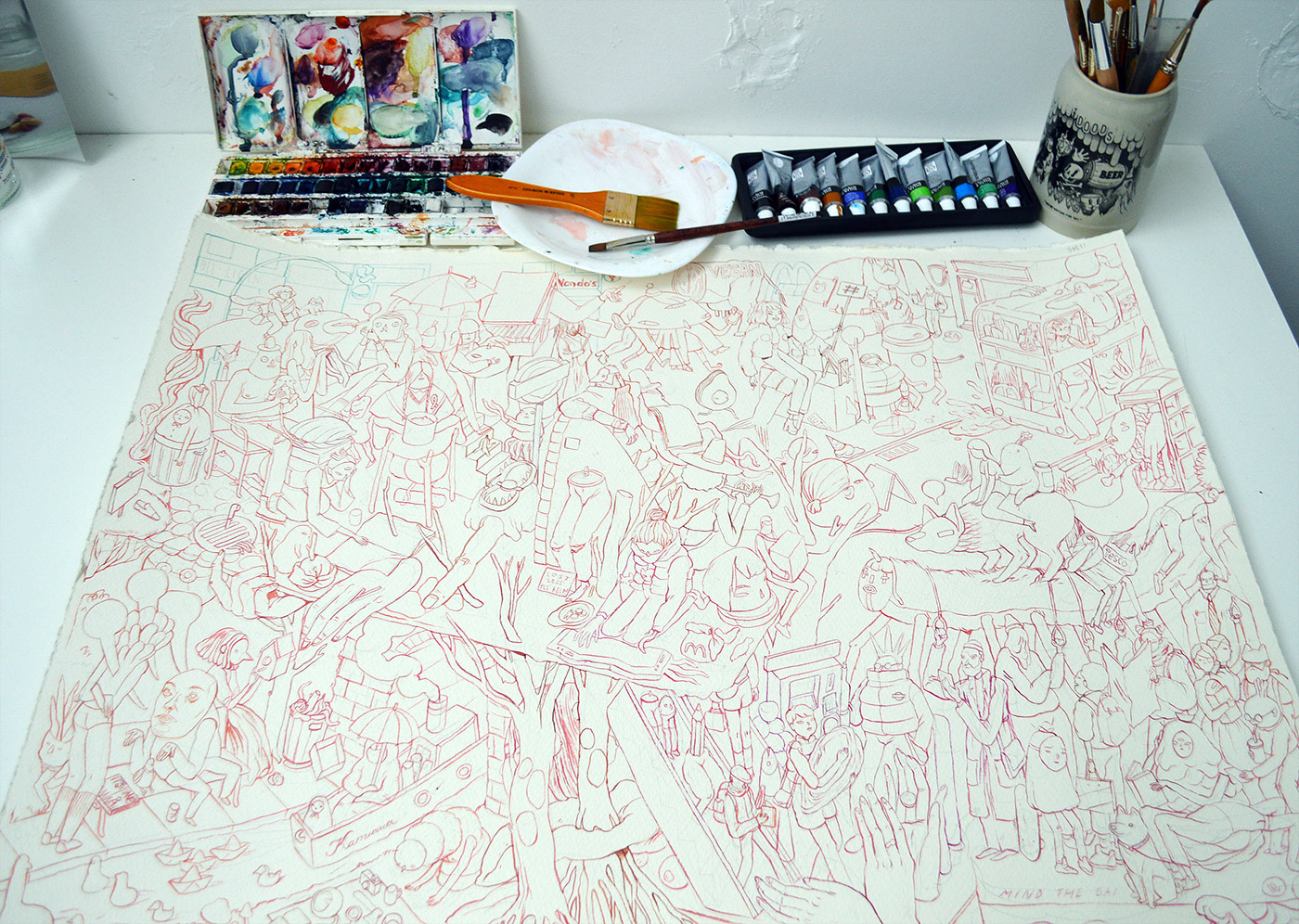 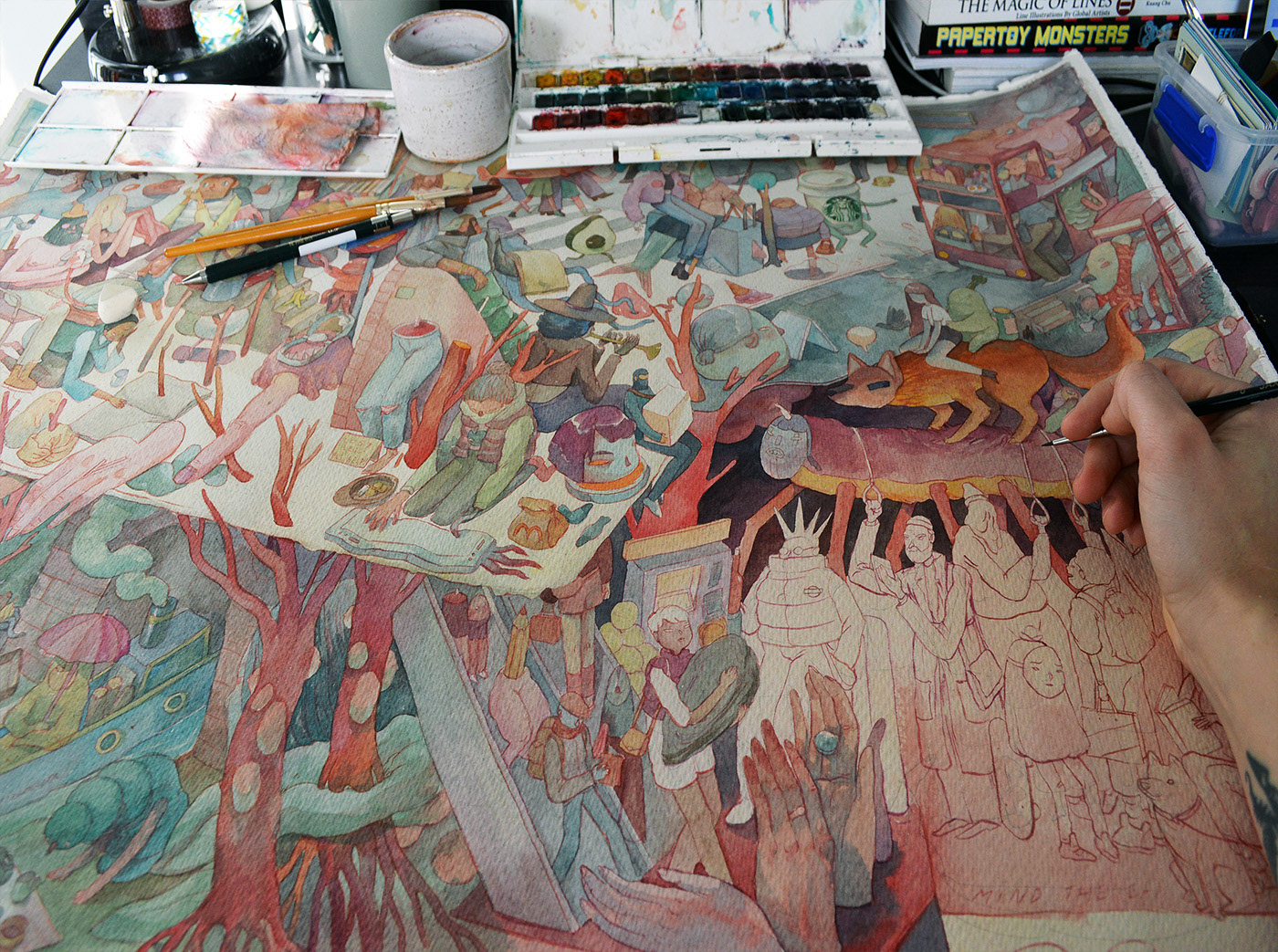 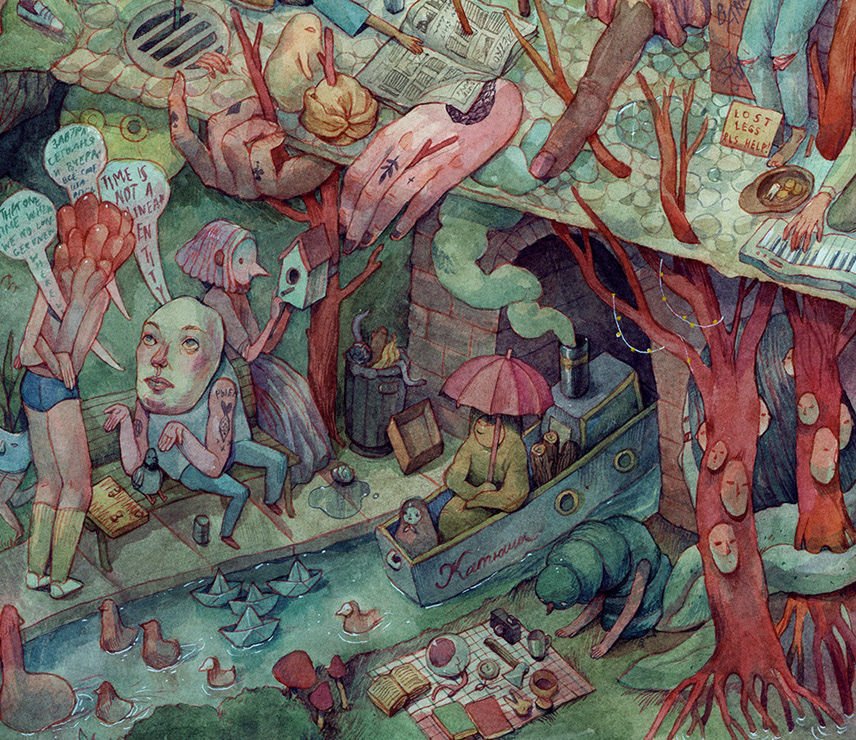 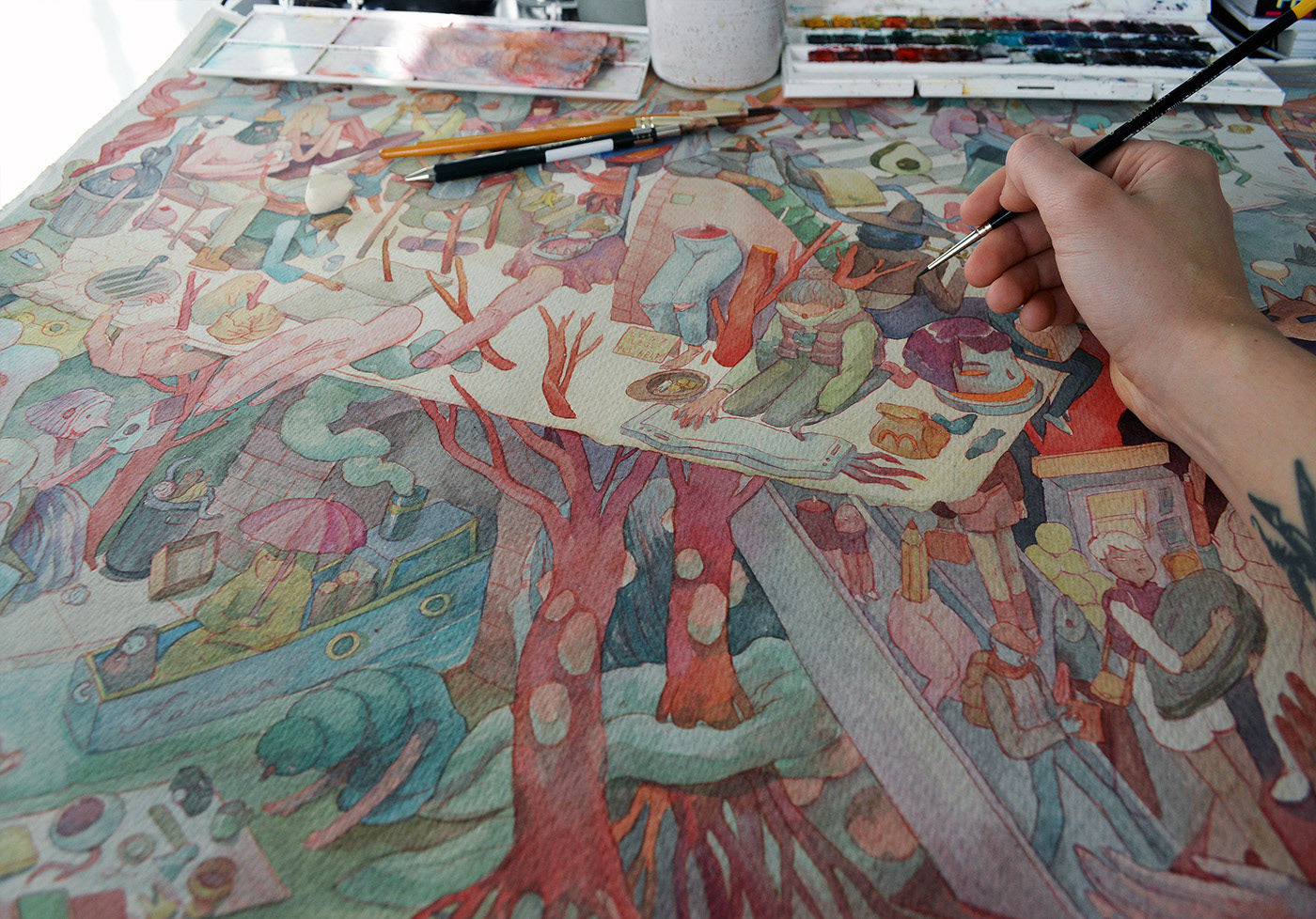 “The painting could be roughly divided into three parts: the ‘overground’ half that captures messy street life of London, and the bottom part that is subdivided into two halves. Bottom left part illustrates the slightly shady business of whatever is happening down by Regent’s canal (a small river that slices through North London and eventually connects to Thames and other water bodies, and it’s a big part of Hackney’s identity as a borough). The canal scene gradually turns into the hotter and redder bottom right area of the painting that is my version of London underground inspired by a few years I’ve spent commuting on Central line (tube line that is one of deepest and hottest in London and is known for being rather hell-ish during rush hours and particularly so in the summer).”

See more of her work below. 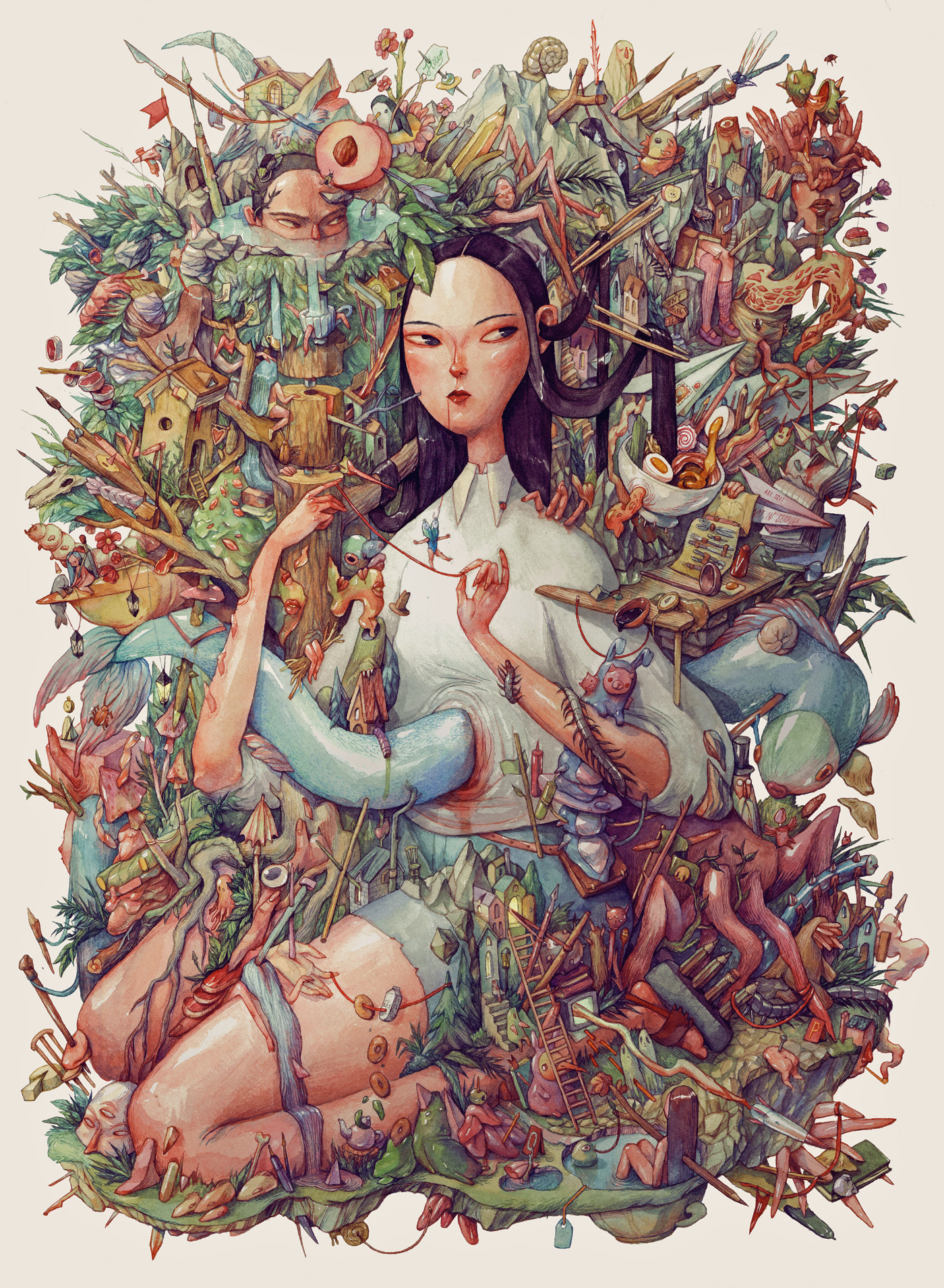 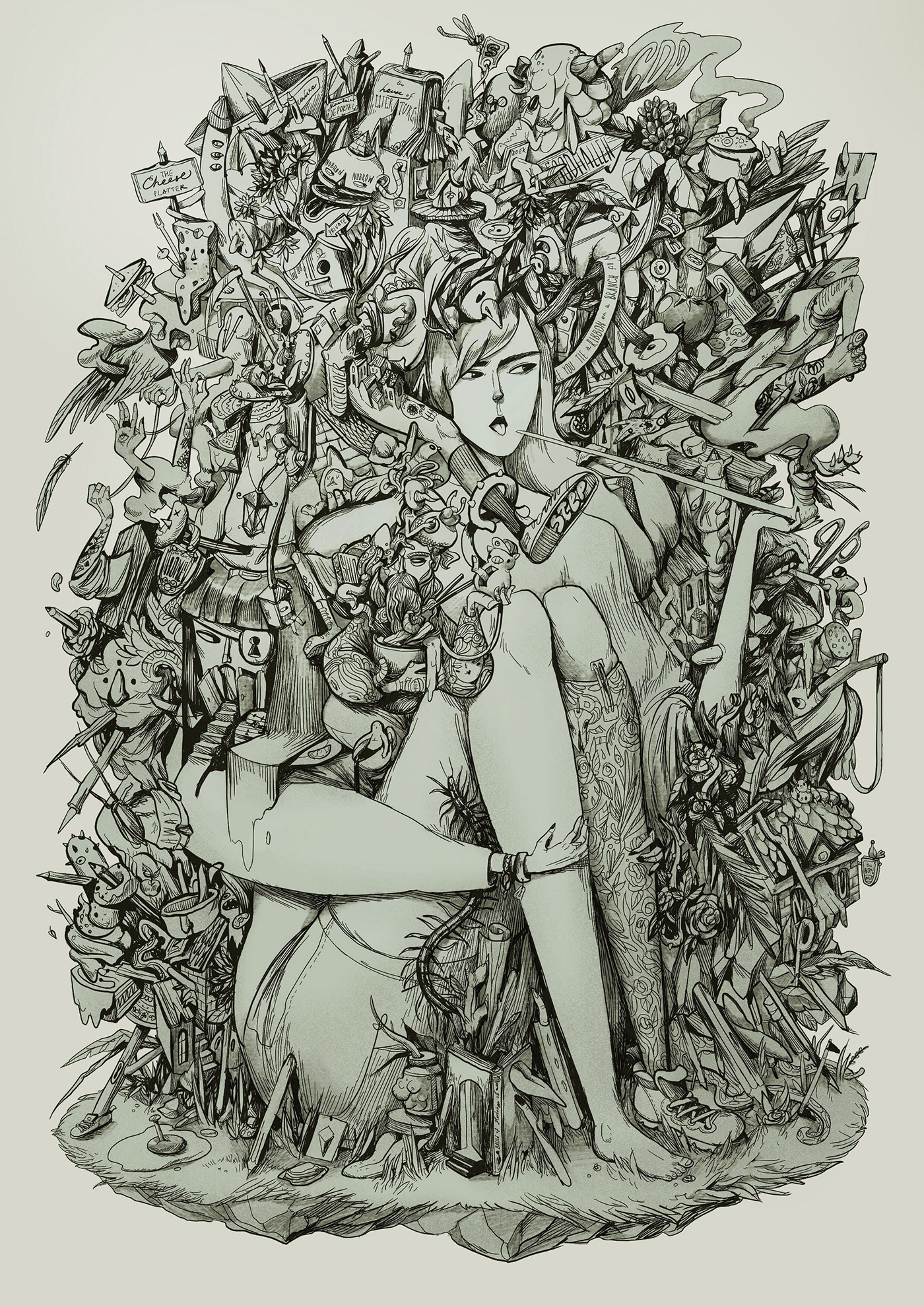 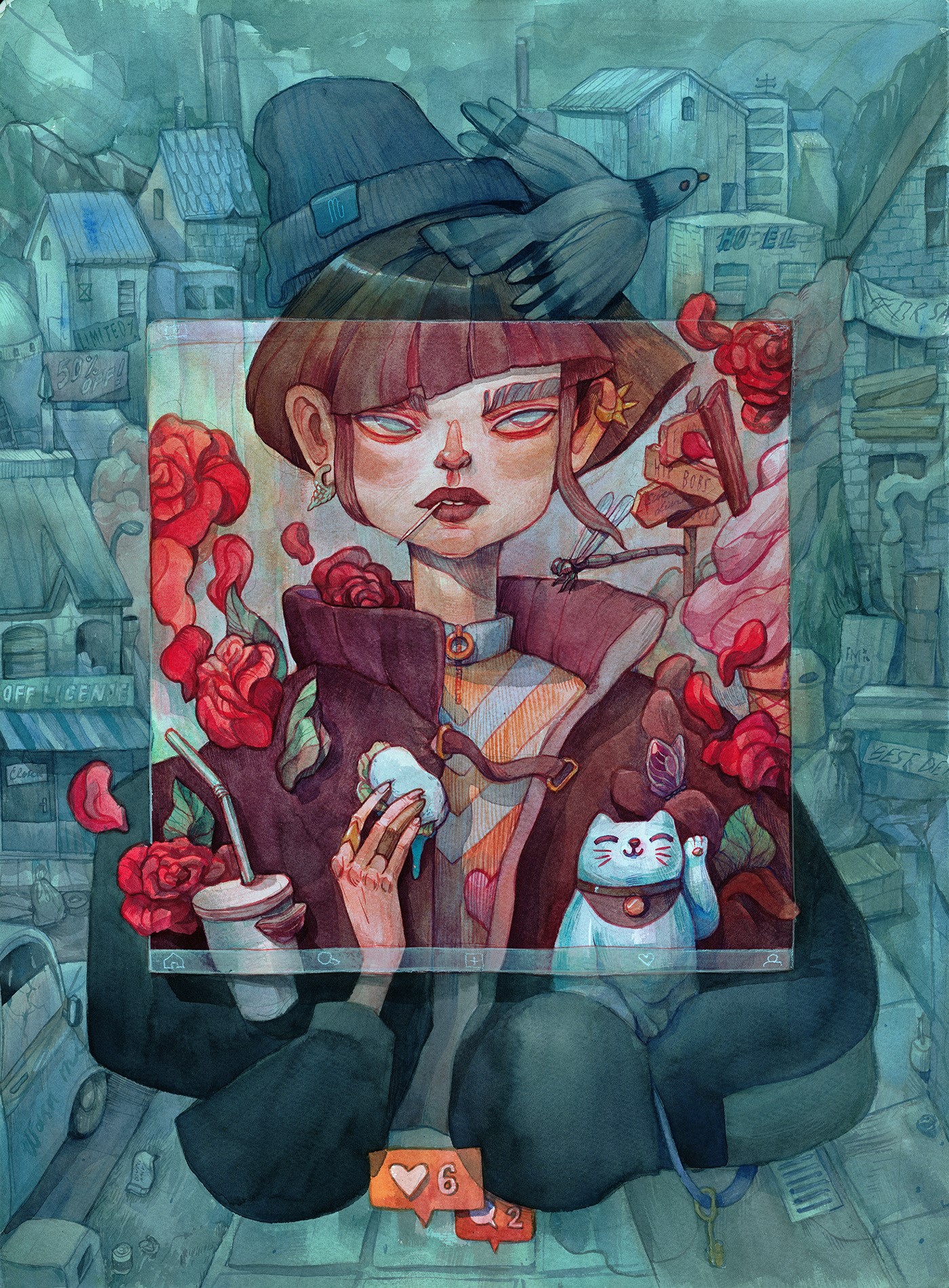 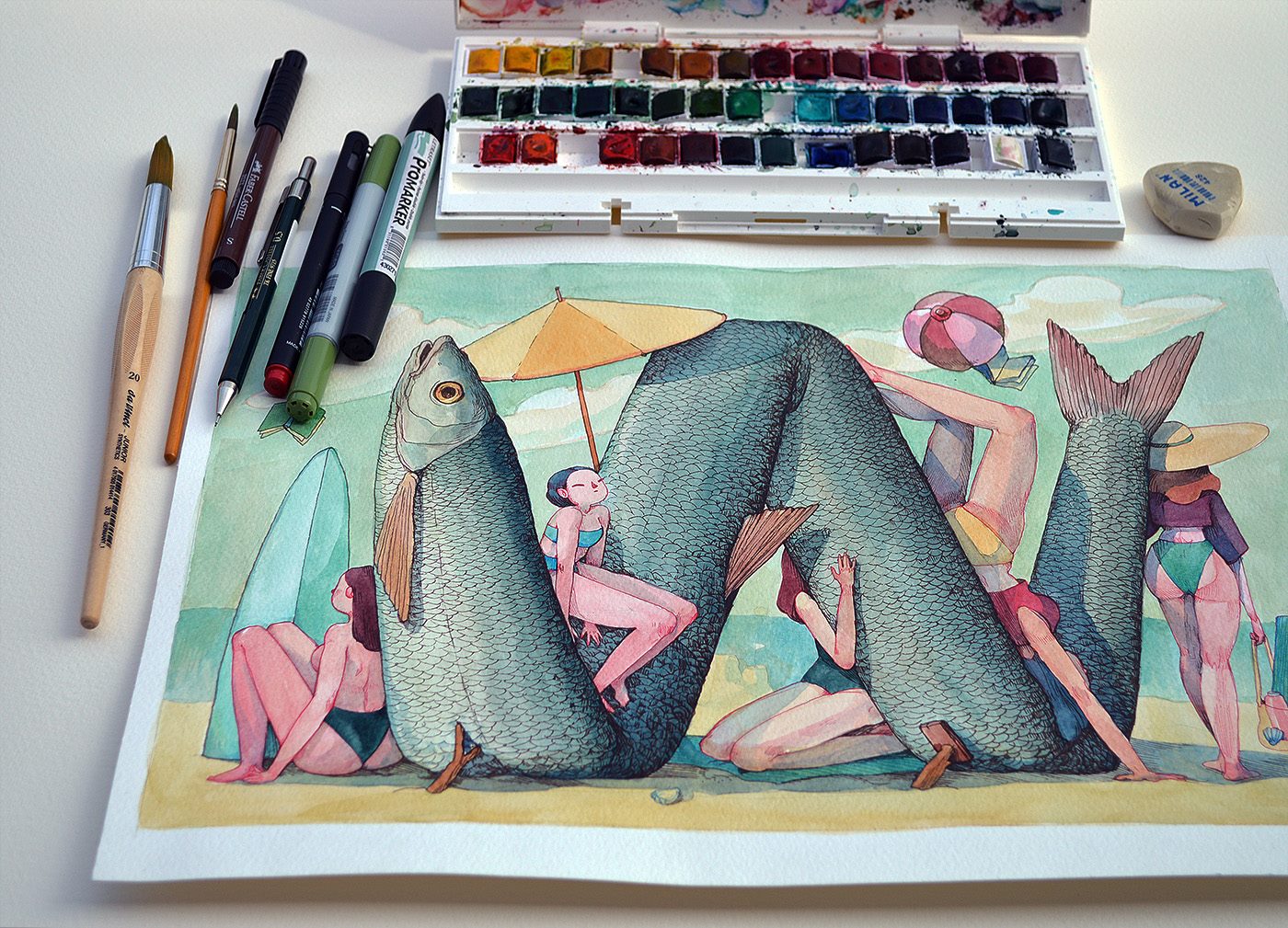 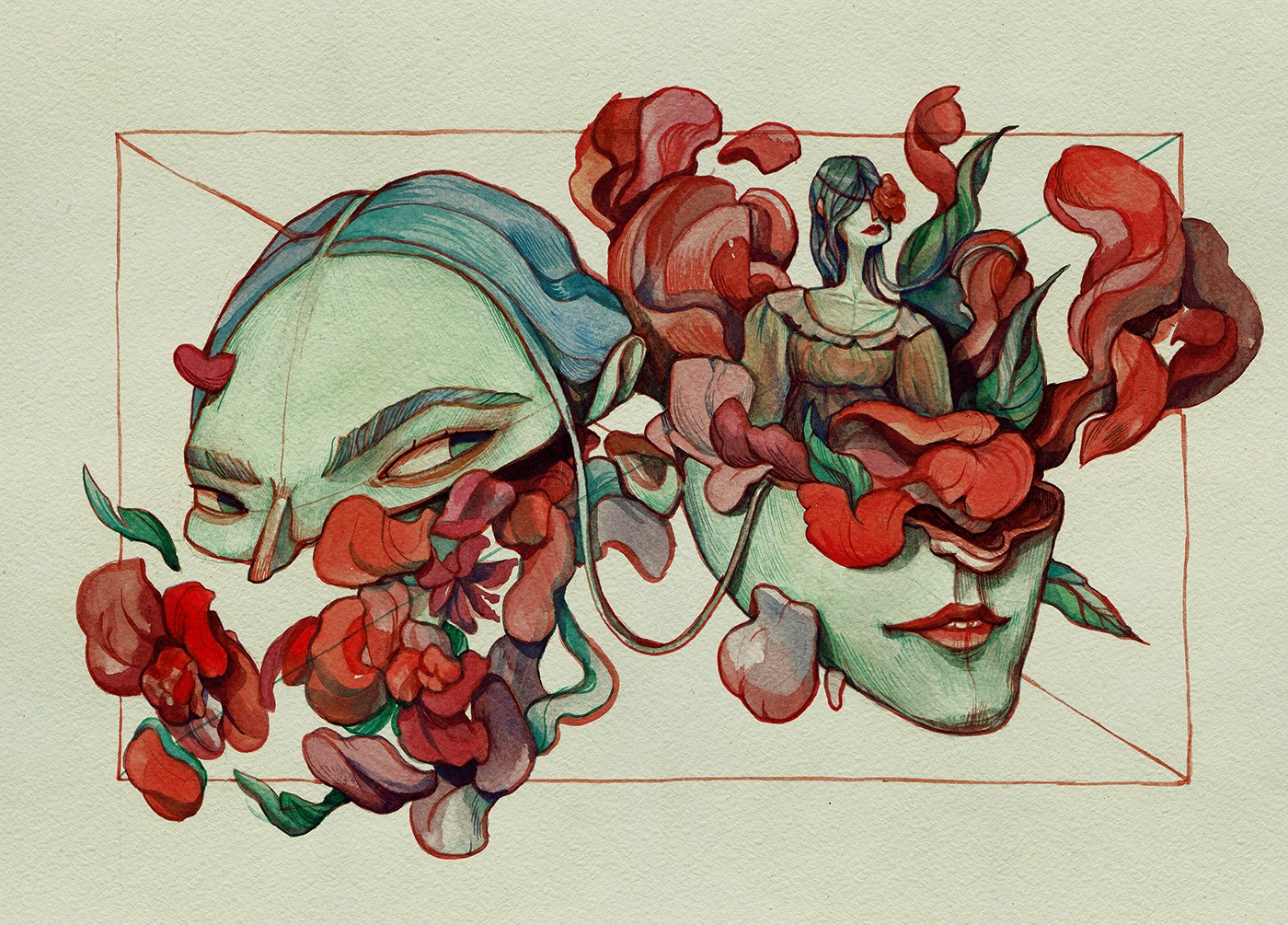 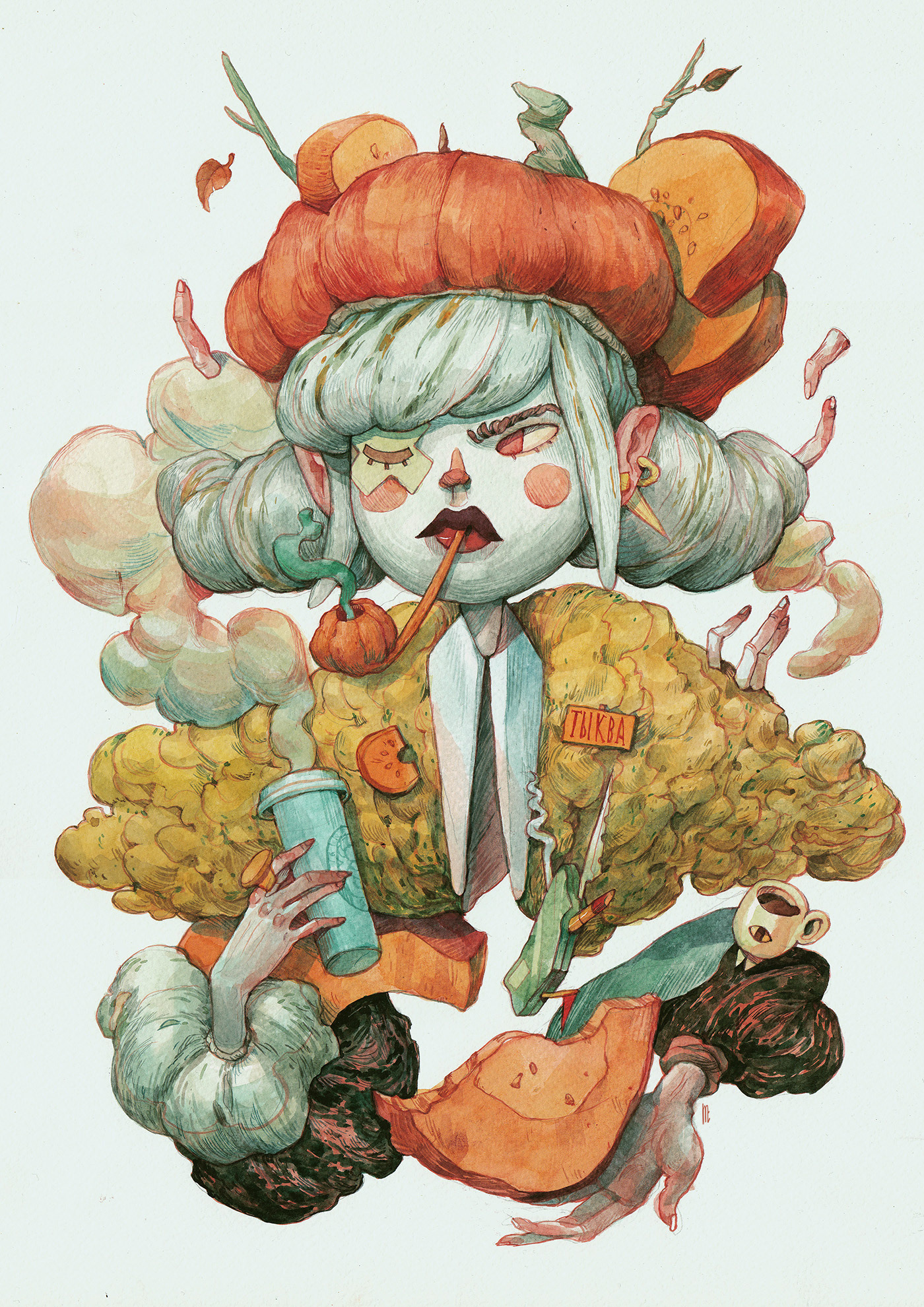 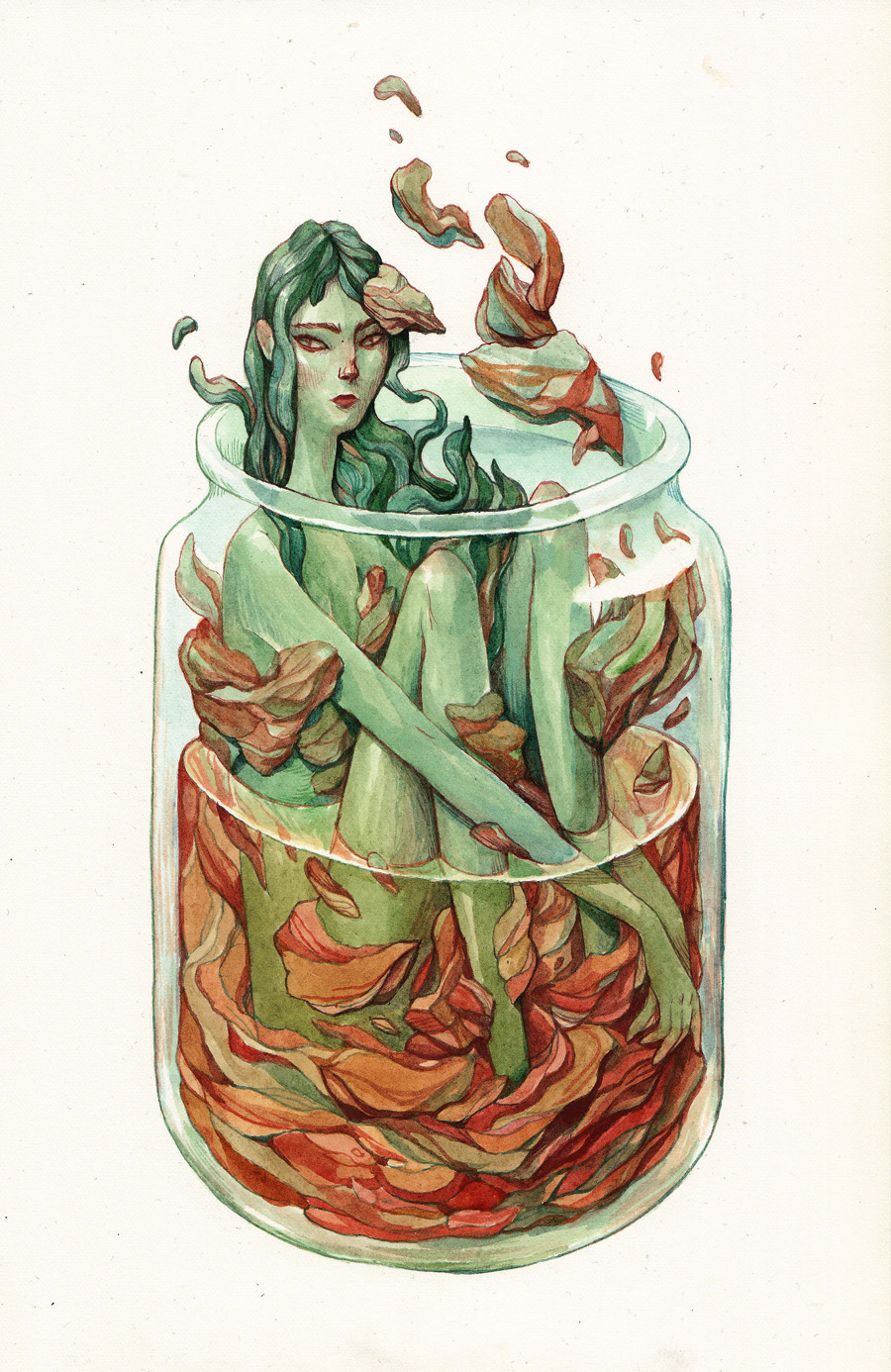