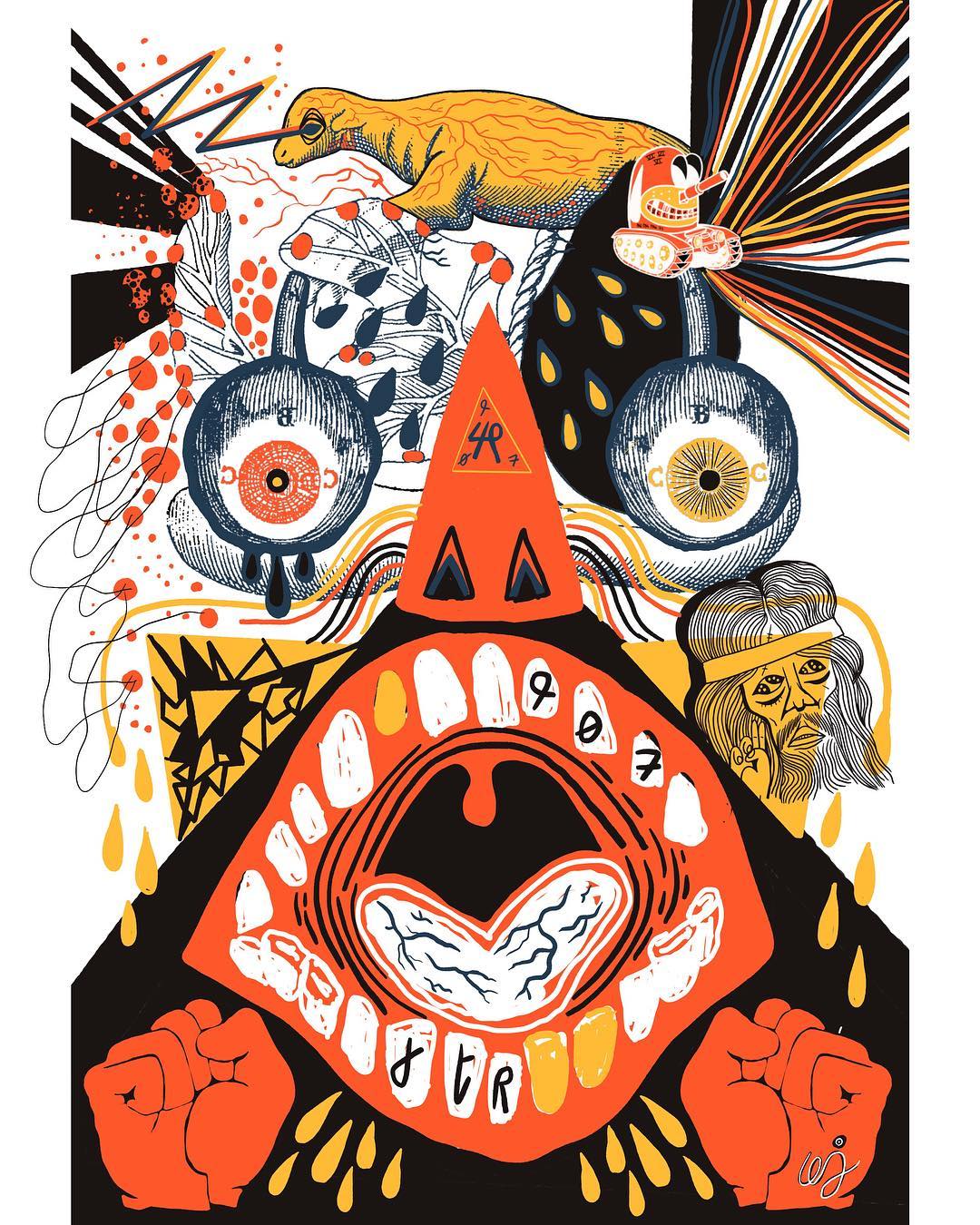 Wesley Hubbard, who works under the moniker “Wooden Cyclops,” crafts wild works that often have his followers attributing his output to taking psychedelics. The artist’s illustrations have been crafted for both websites and bands like Portugal. The Man (which at one point employed Hubbard on keyboard duties). 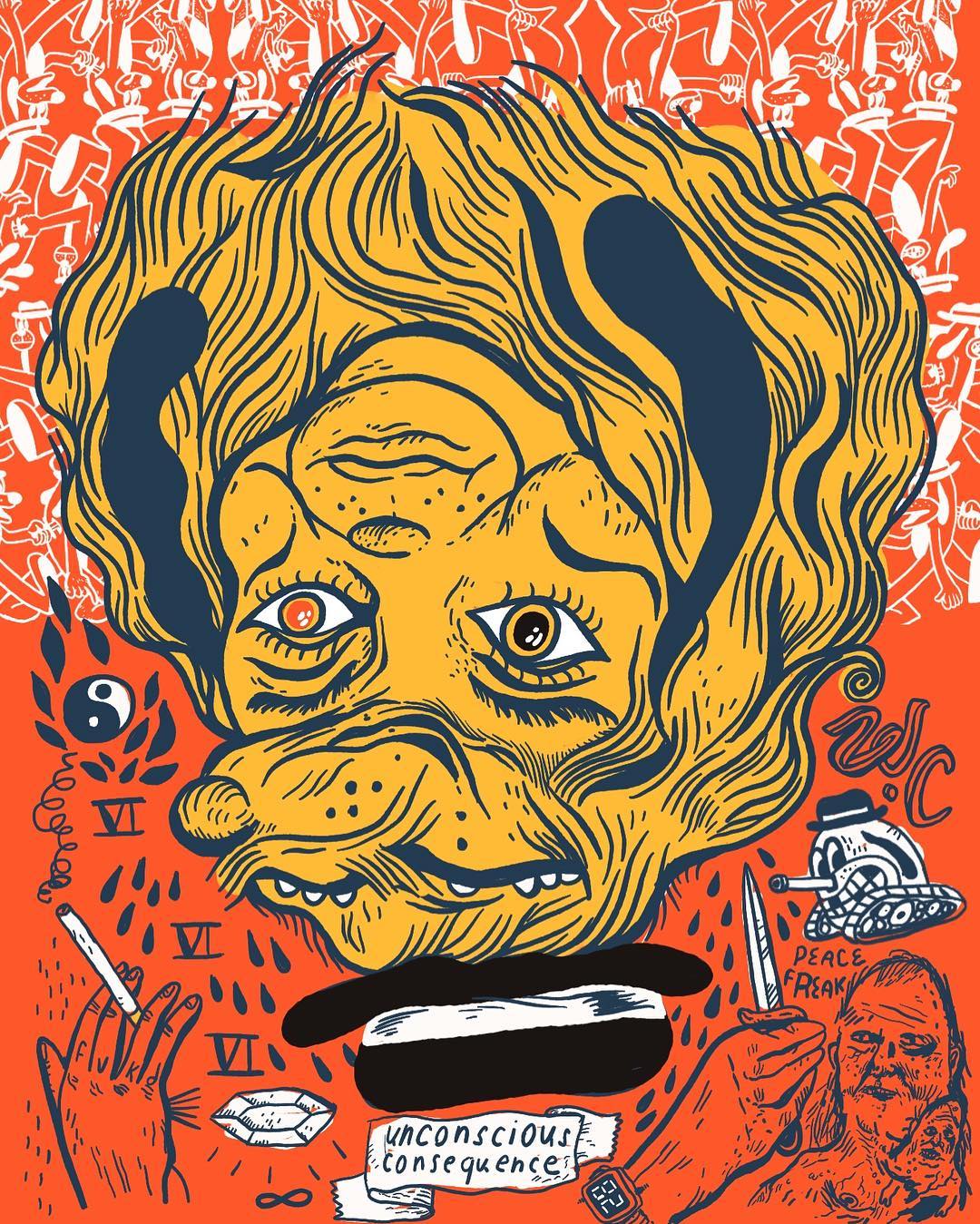 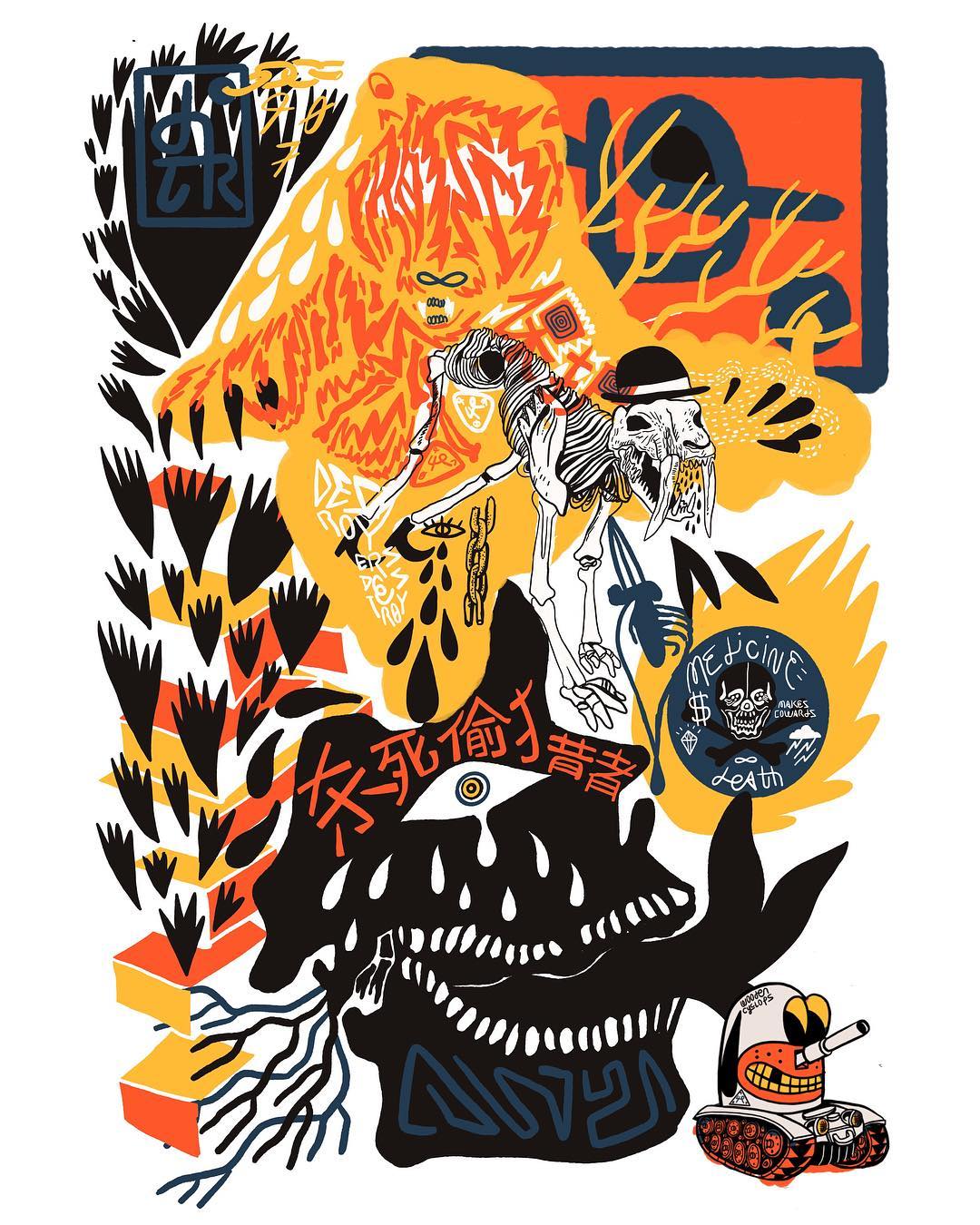 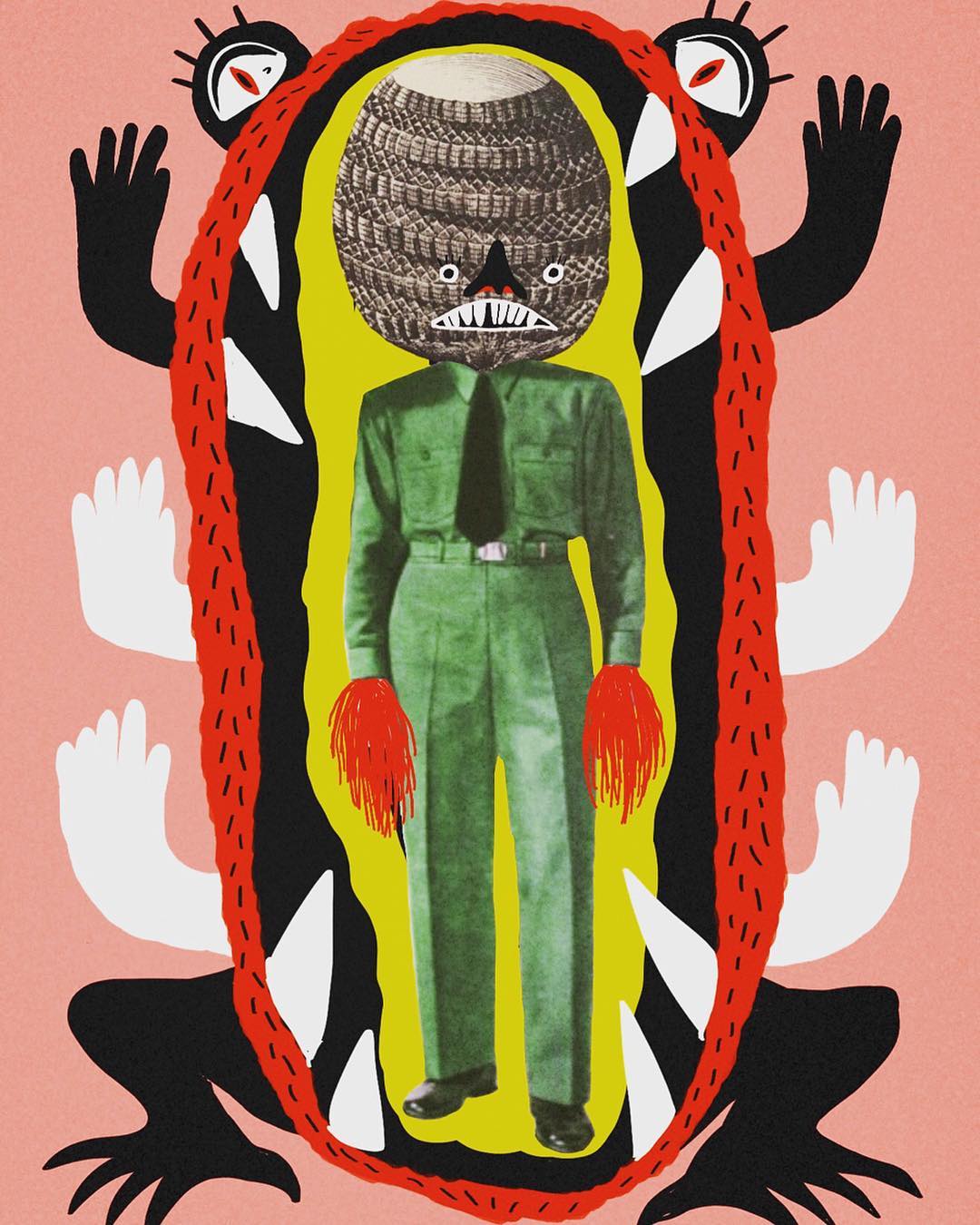 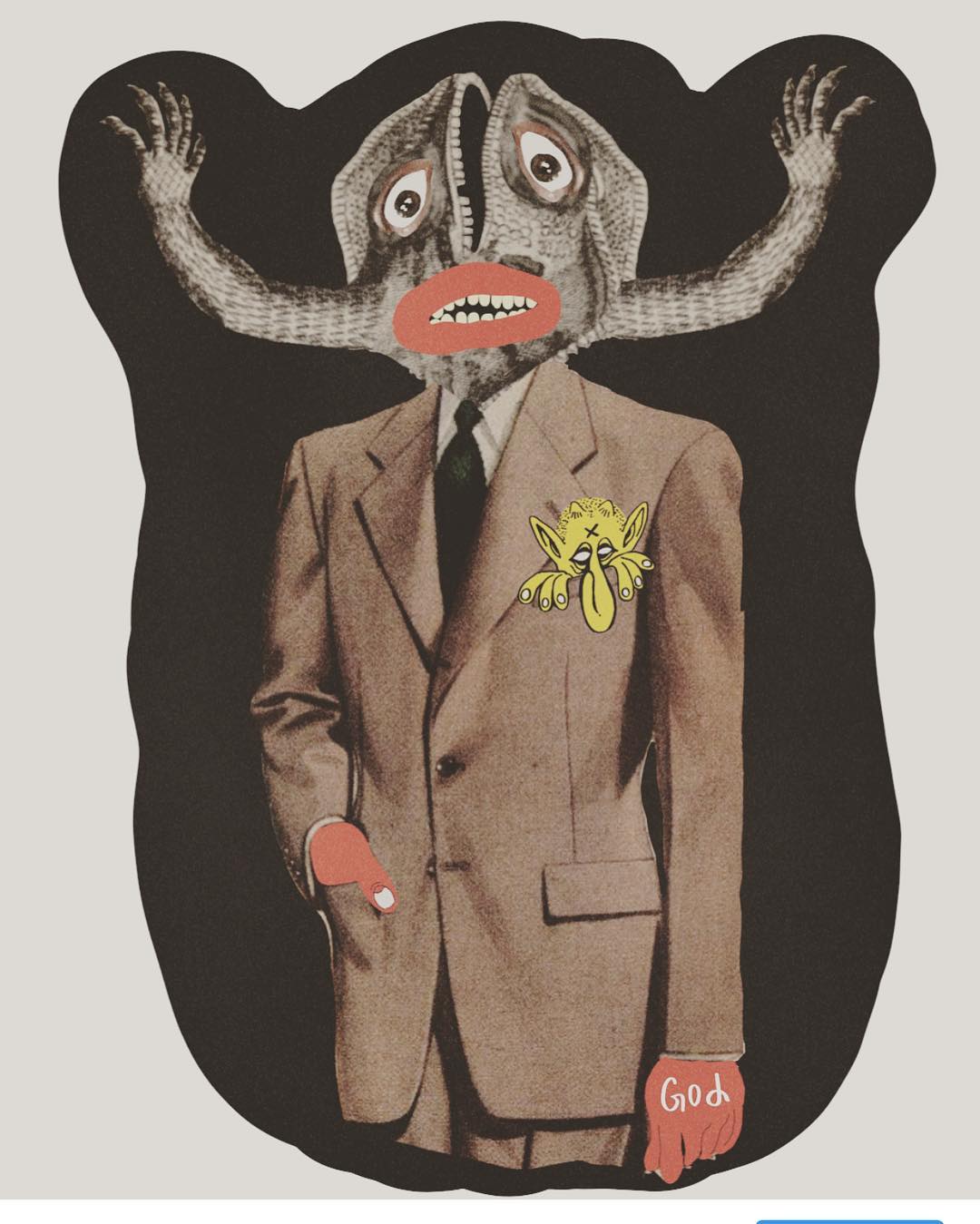 When the artist shares his work on social media, his descriptions can be just as enigmatic as his works. For example, this accompanied the top piece that appears on this post: “I stopped off the trail for a rest and immediately locked eyes with her. She was behind a fence but it didn’t matter. We didn’t need words. We communicate telepathically. We shared our most secret thoughts and feelings. We lived here. Hours became days became weeks, months and years. I couldn’t be sure how long we were here together but it lasted forever. Everything became intense, frightening and exciting, but most of all comforting. We stared at each other. The fence didn’t matter. Our reality existed without fences or borders; it was just us- floating through space for years. Until our reality was crushed. “What the fuck are you doing?” he said. My friend was waiting for me, he said I’d been staring at the Cow for over a minute and he thought he might feel some of the effects of the bag of mushrooms we’d split a little earlier.” See more of his work below. 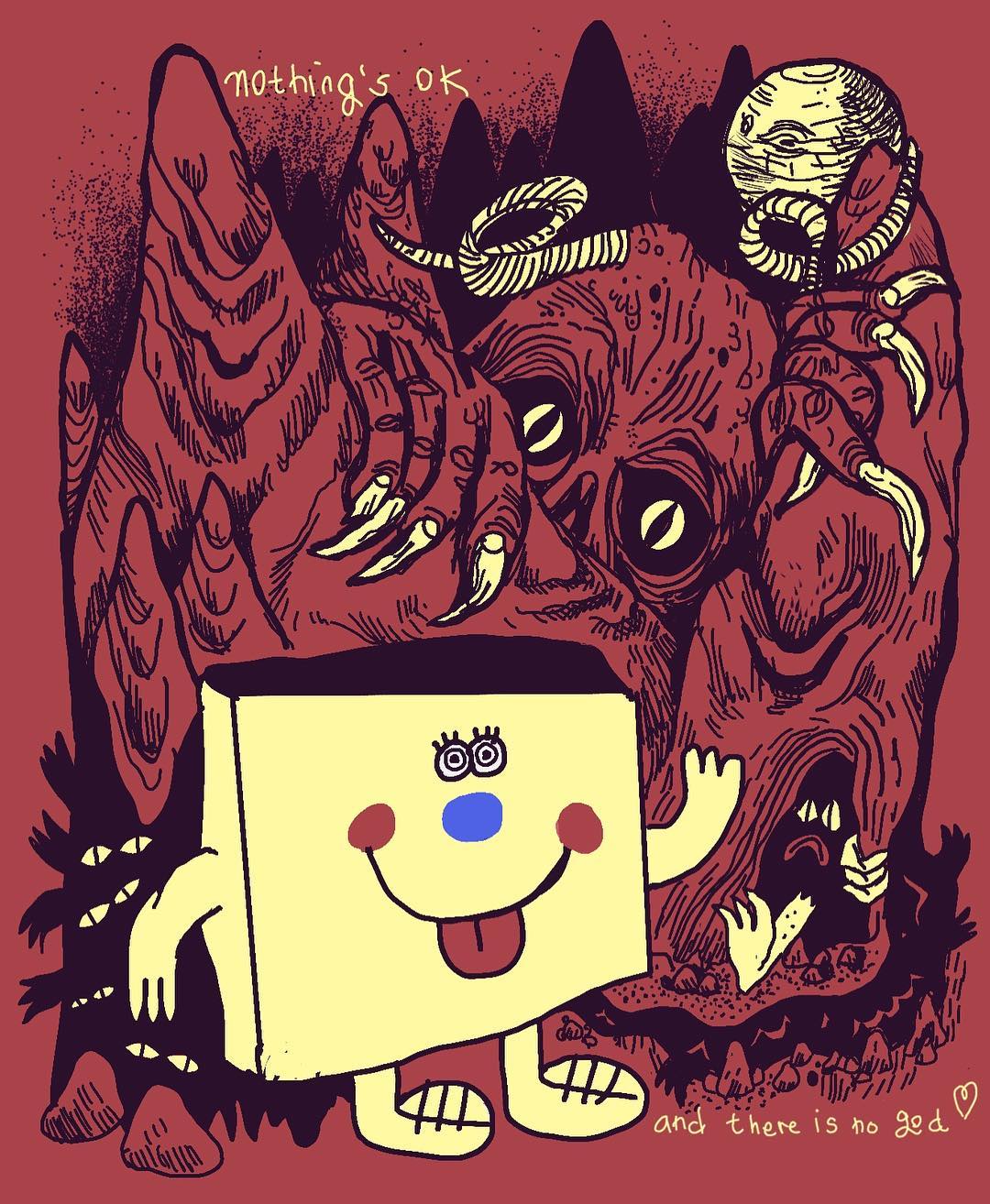 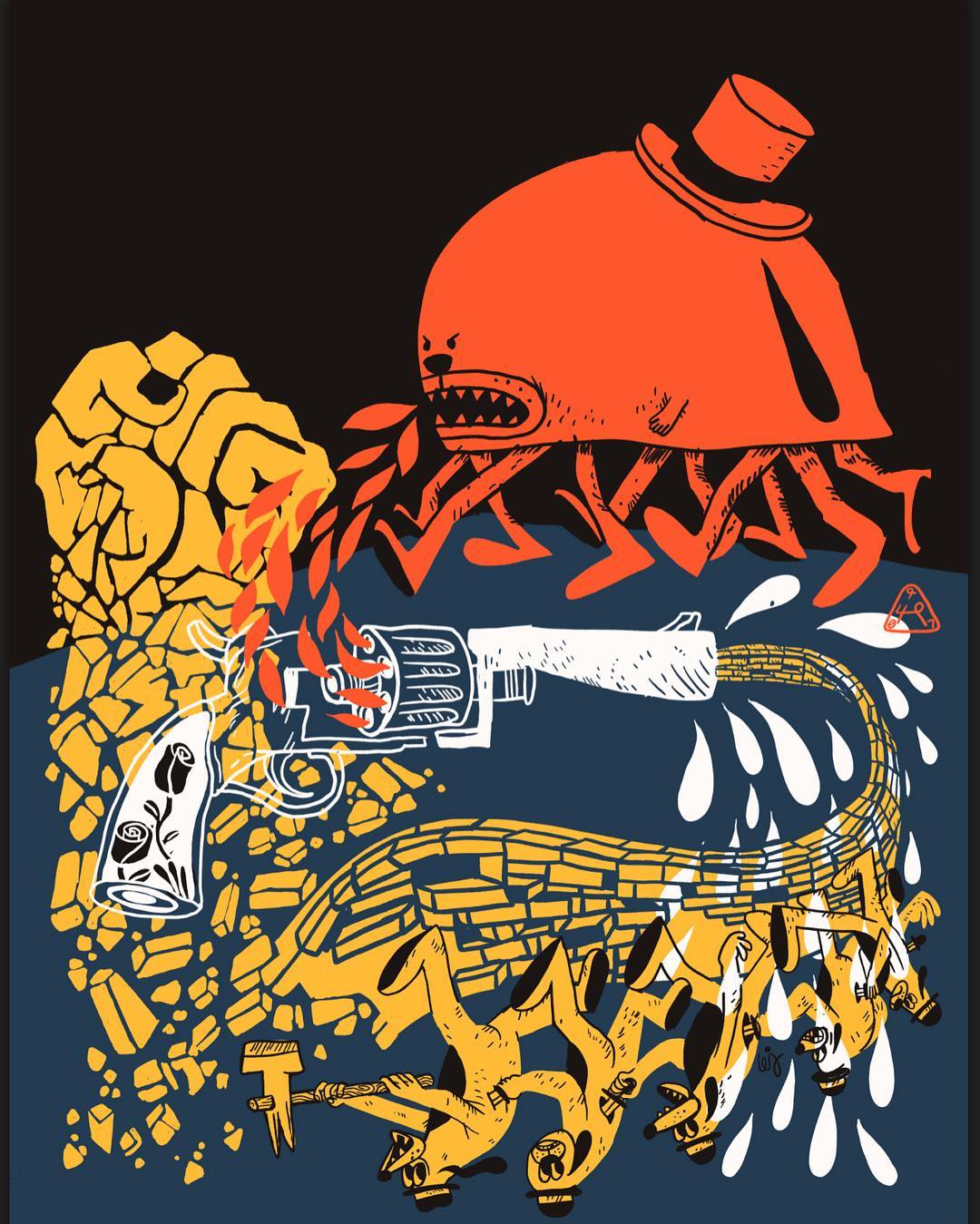 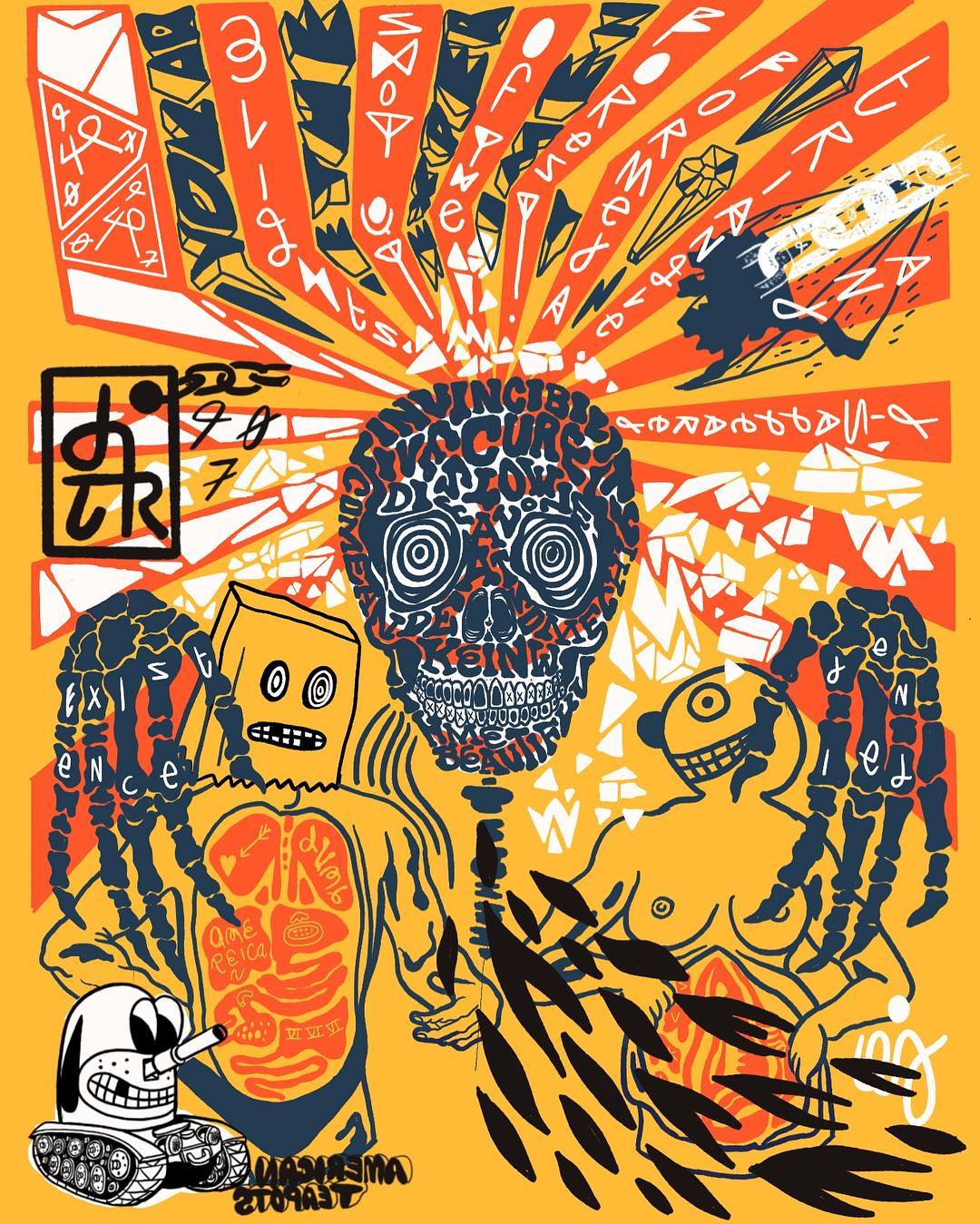 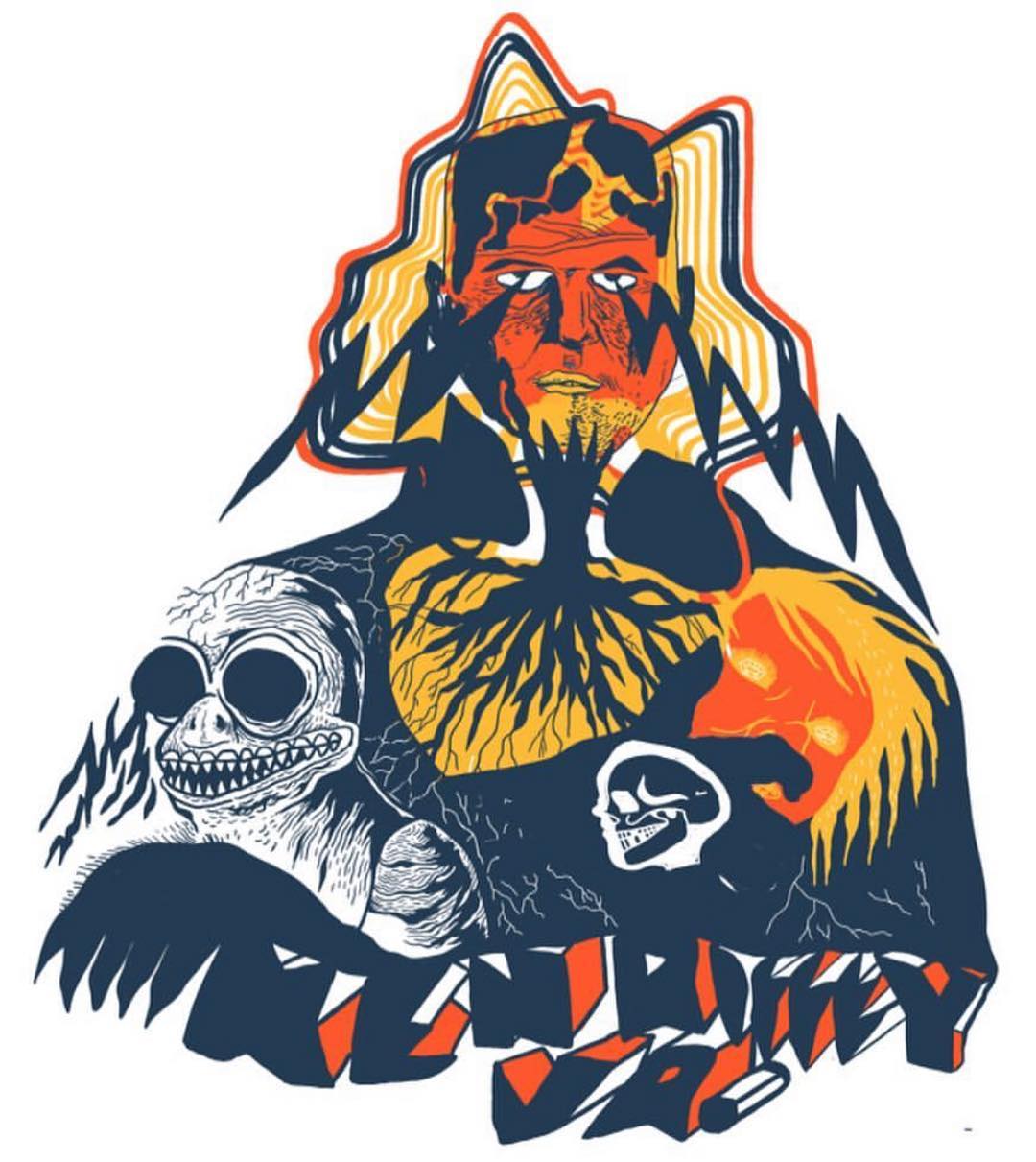 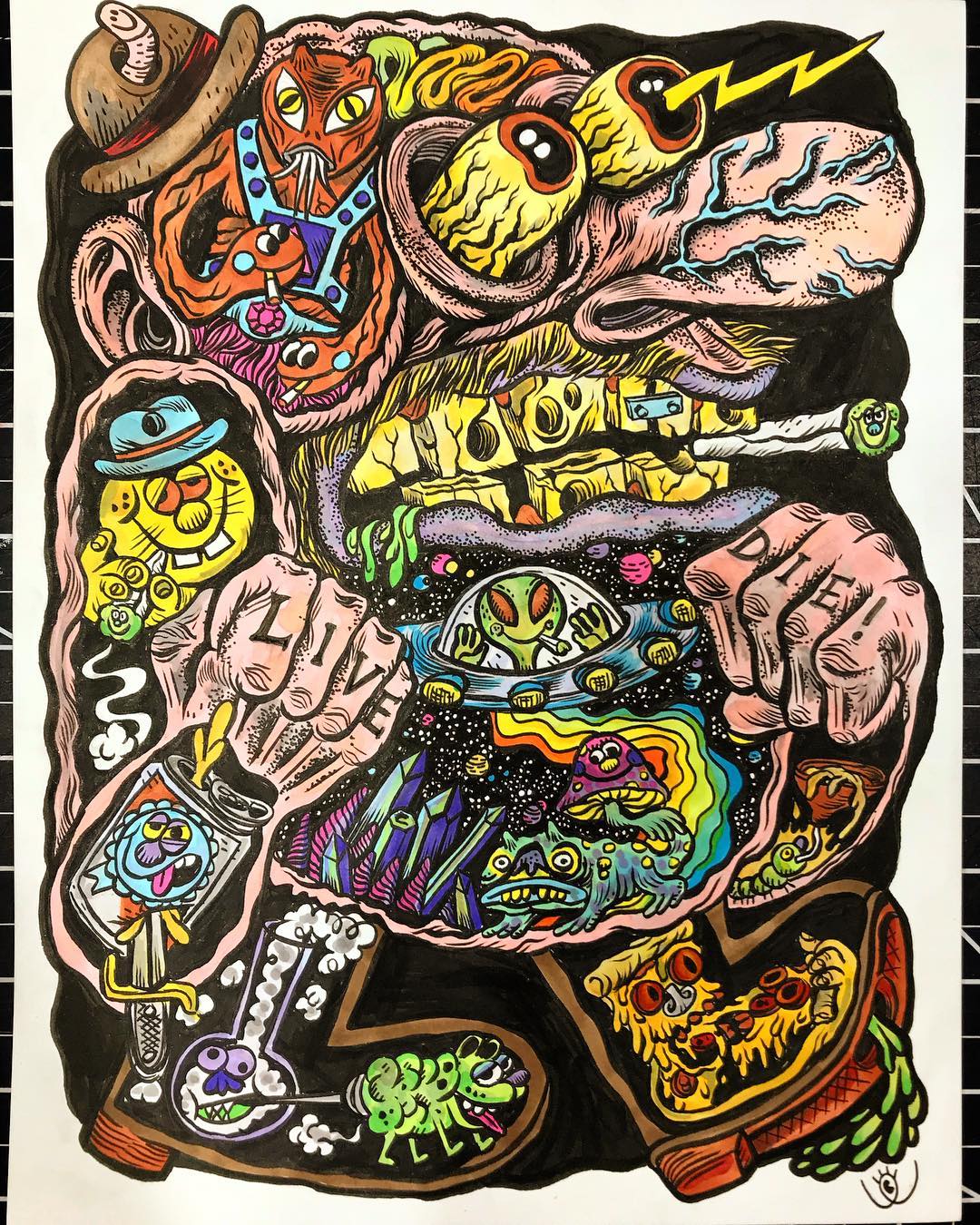