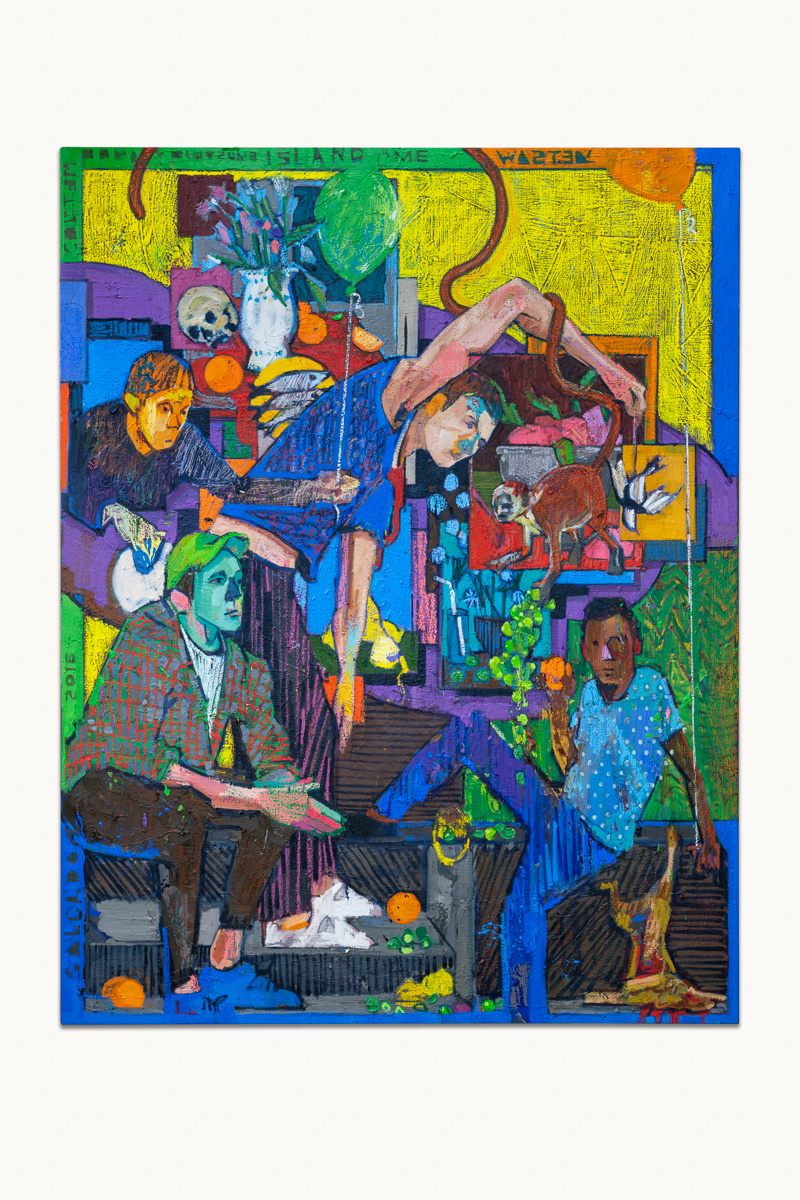 In recent work, Andrew Salgado’s paintings blend figurative and abstract elements, while sneaking in allusions to historical artists and contemporary practitioners. As his approach to work has changed, the London artist says the paintings take new directions as he works, saying that having no set plan “offers greater challenges but I think yields better results.” 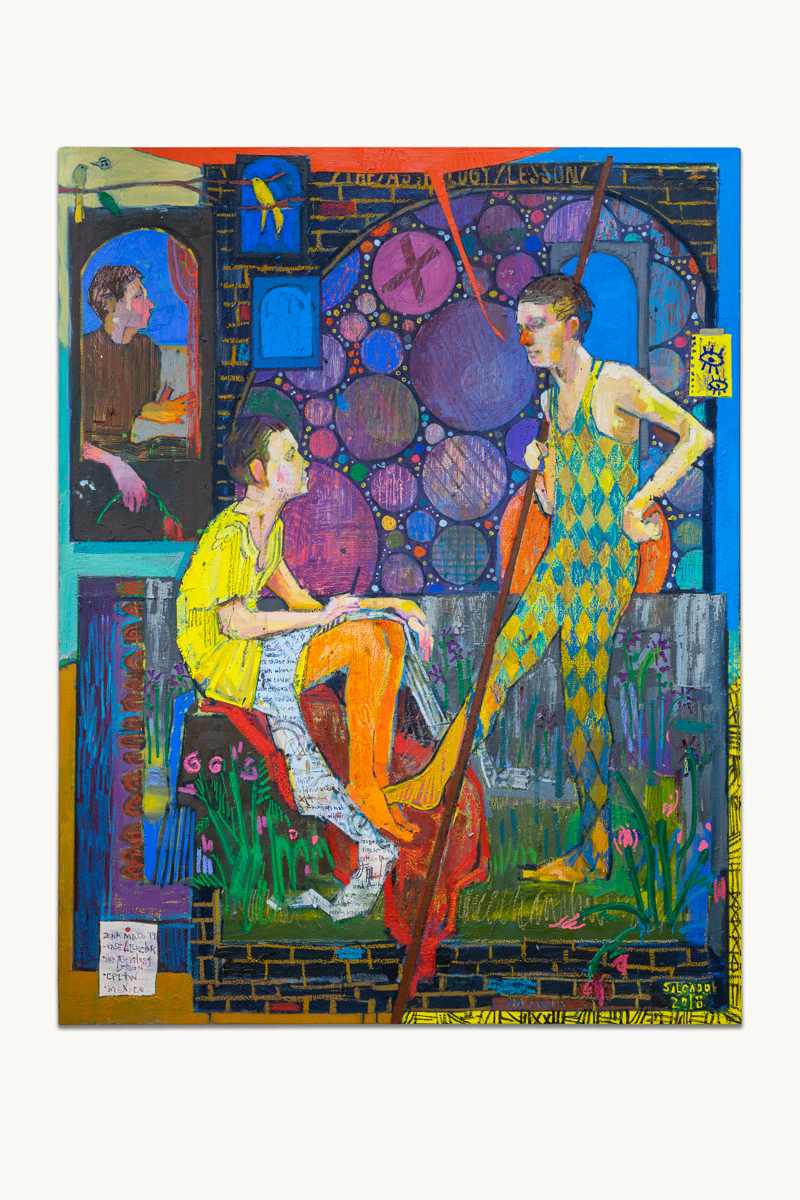 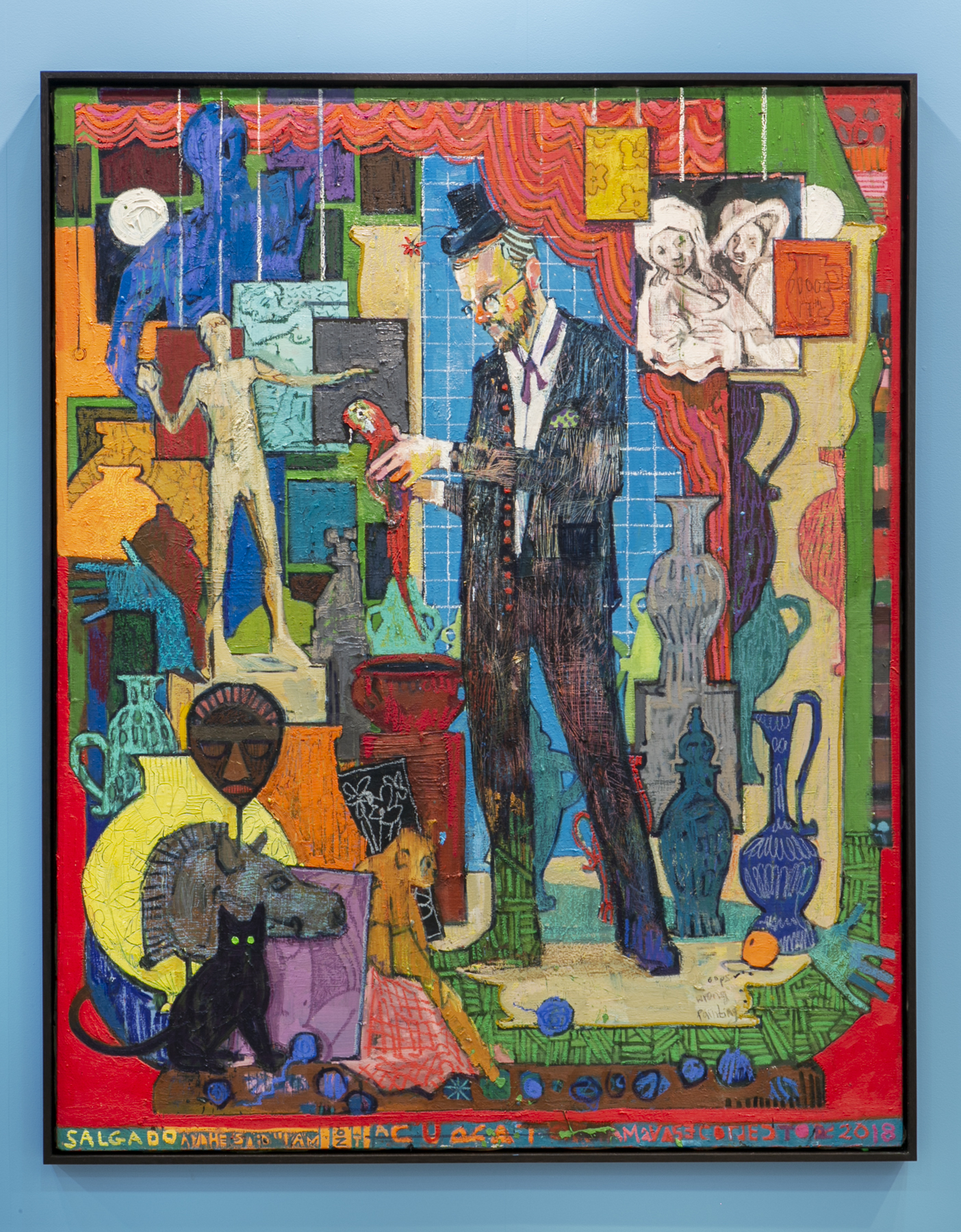 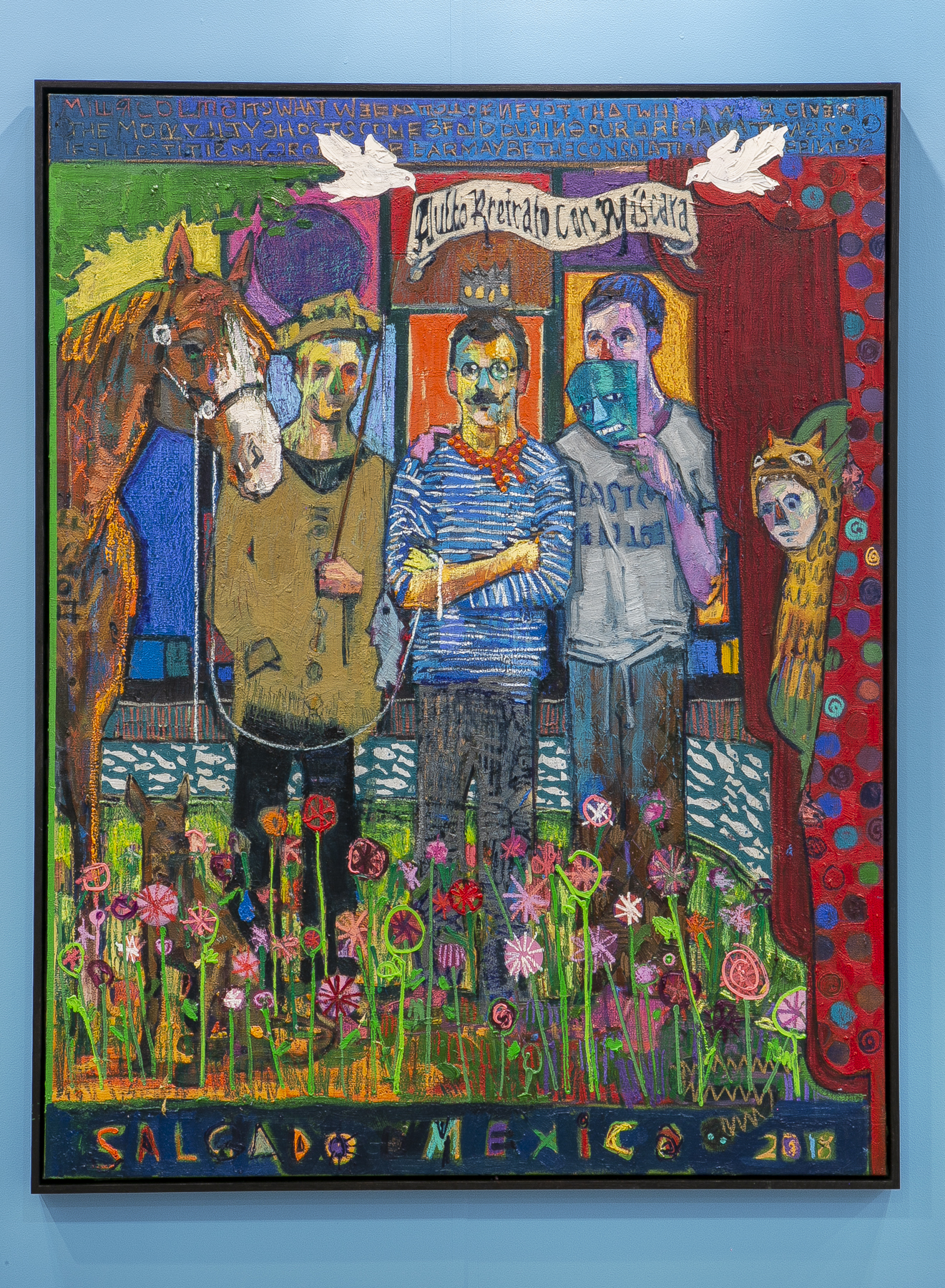 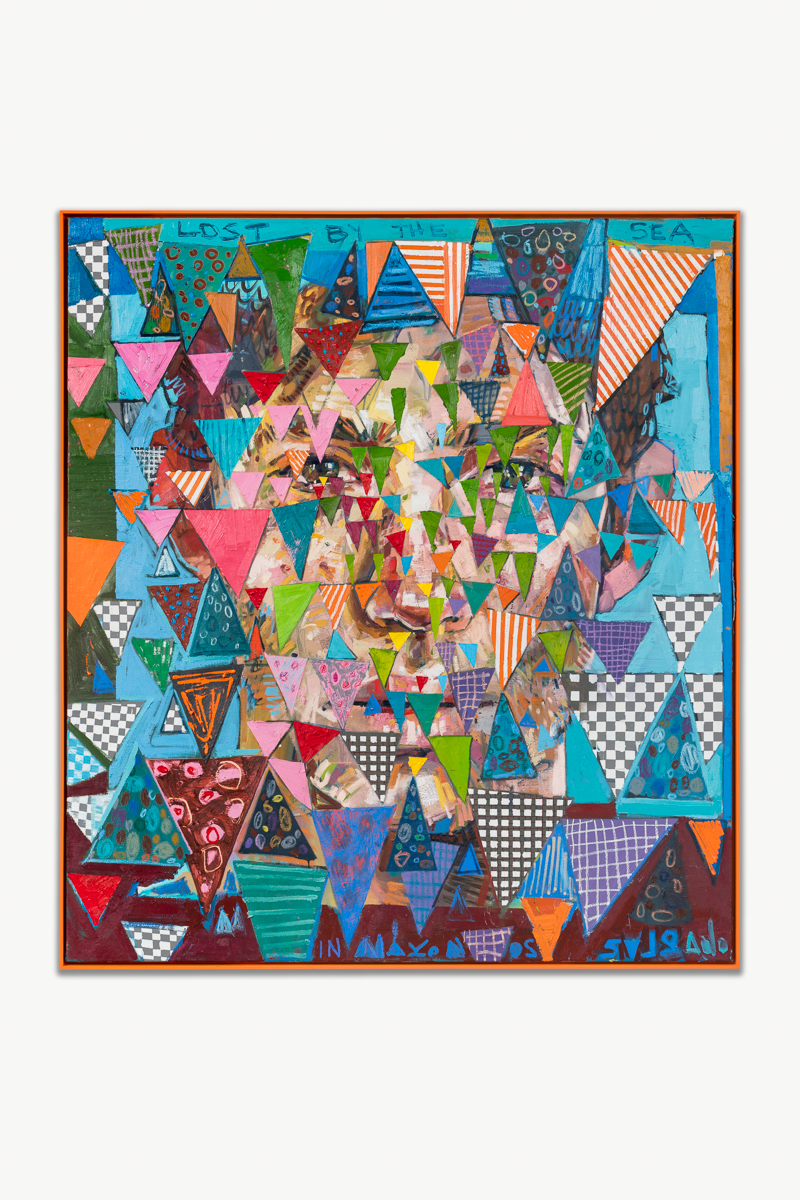 “Andrew Salgado’s paintings have evolved greatly in style since first rising to prominence over half a decade ago with his (then) signature large-scale, painterly portraits, where large swathes of colour played across the surface to define his subjects,” a statement says. “In his most recent work – the representational has given way to the more abstract: and now such colourful, symbolic, and compositional elements are the driving force of the painted image. While the figures remains a common thread –today Salgado’s subjects are depicted in a fantastical, often ominous tableaux … ” 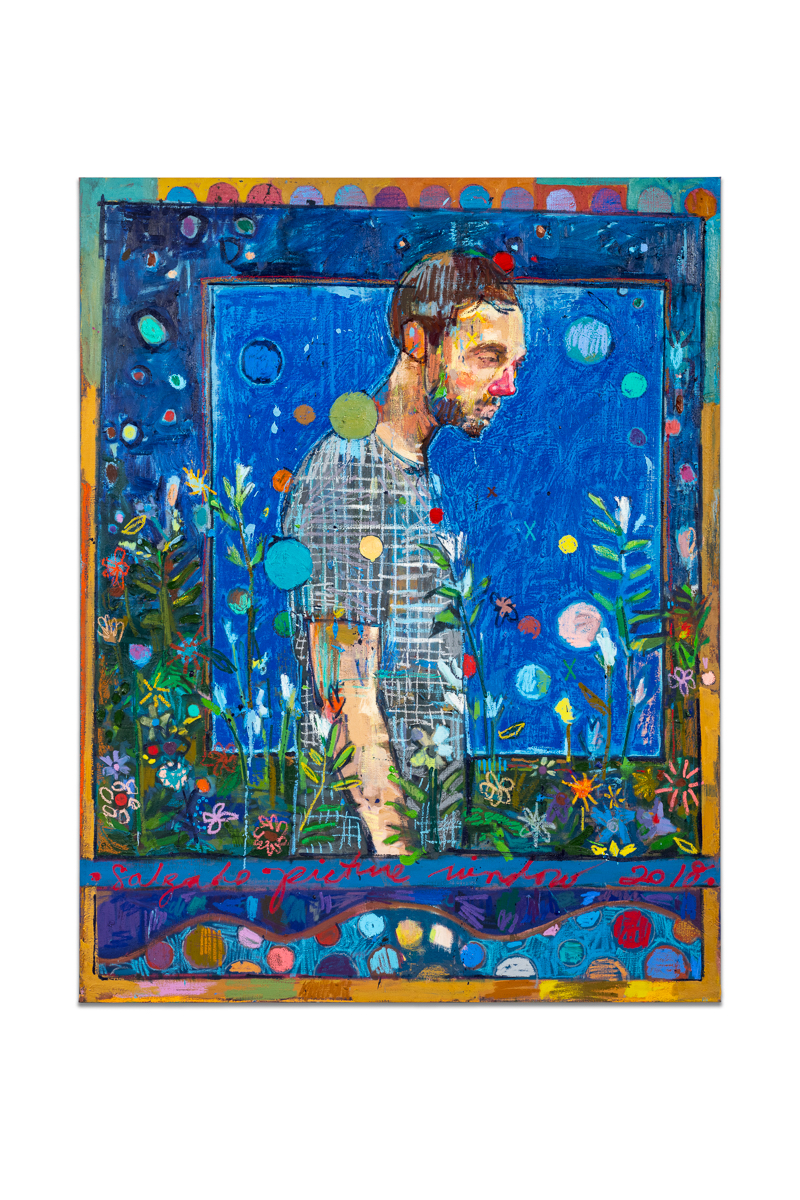 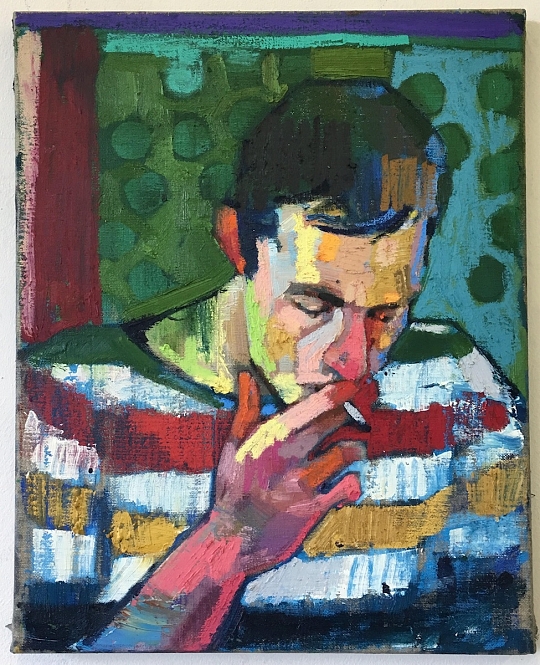