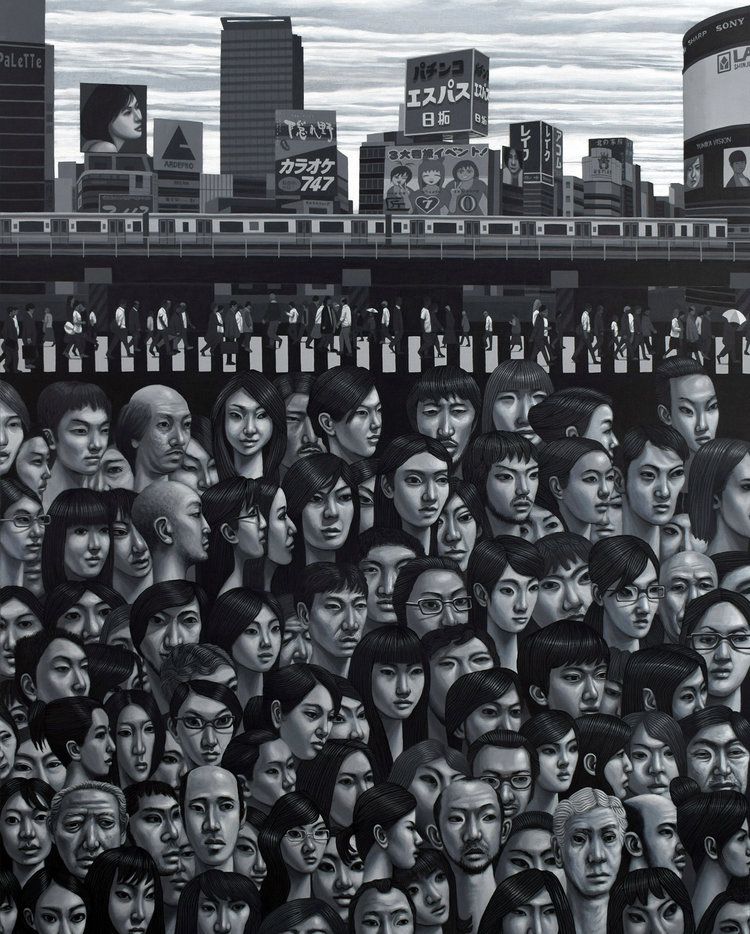 Carl Randall captures the energy and heartbeats of London and Tokyo through his crowded paintings, each figure its own portrait of a real pedestrian in his or her respective city. Toying with perspective, his recent works also implement the architecture and skylines of the inhabited metro area. 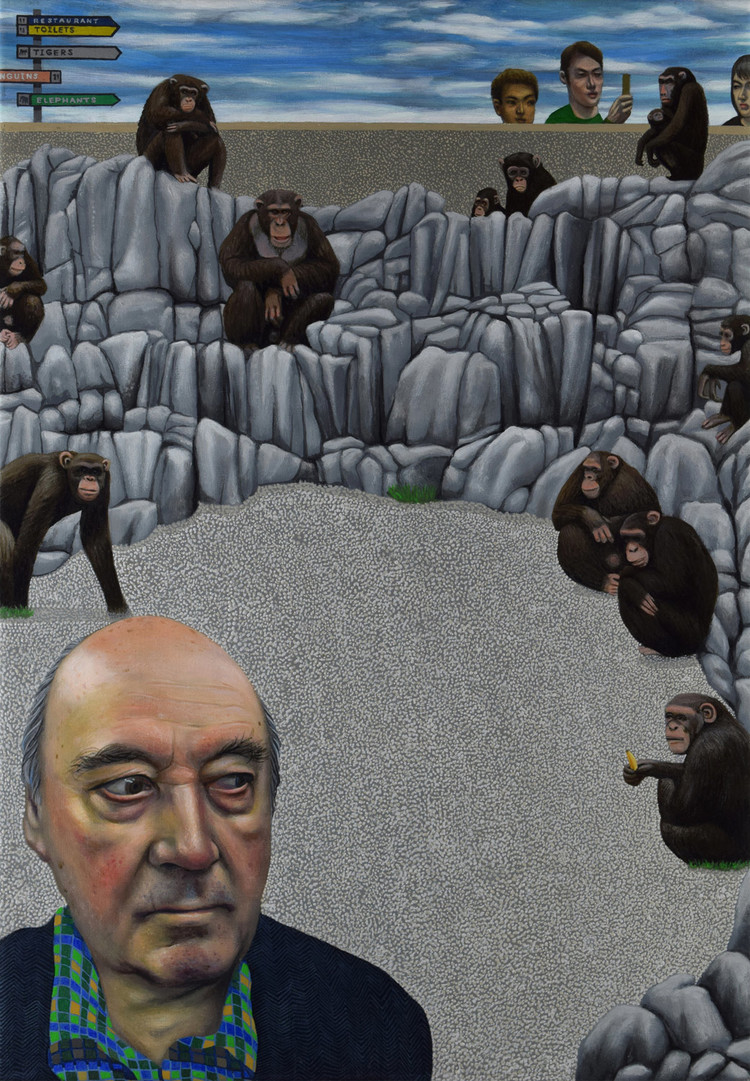 “Randall’s time spent in Japan … was used to develop his interest in using painting as a medium in which to depict Japanese culture, creating images of everyday life in contemporary Japan as seen through the eyes of a visiting foreign artist,” a statement says. “A series of large black and white canvases show densely packed groups of faces inspired by the crowds of Tokyo – a response to urban issues such as overpopulation, isolation and urban alienation. He predominantly works from life and so these pantings were made in collaboration with over one thousand residents of Tokyo city, each volunteering to sit for their portraits.”

See more of Randall’s work below. 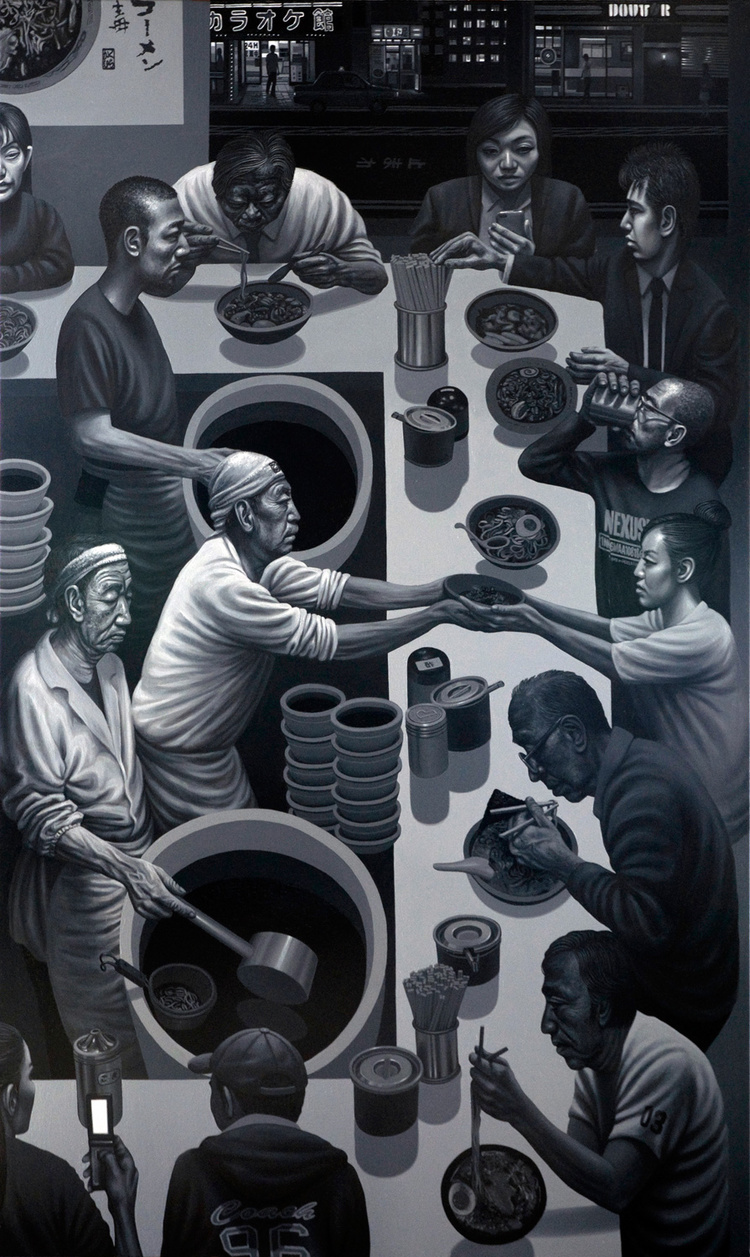