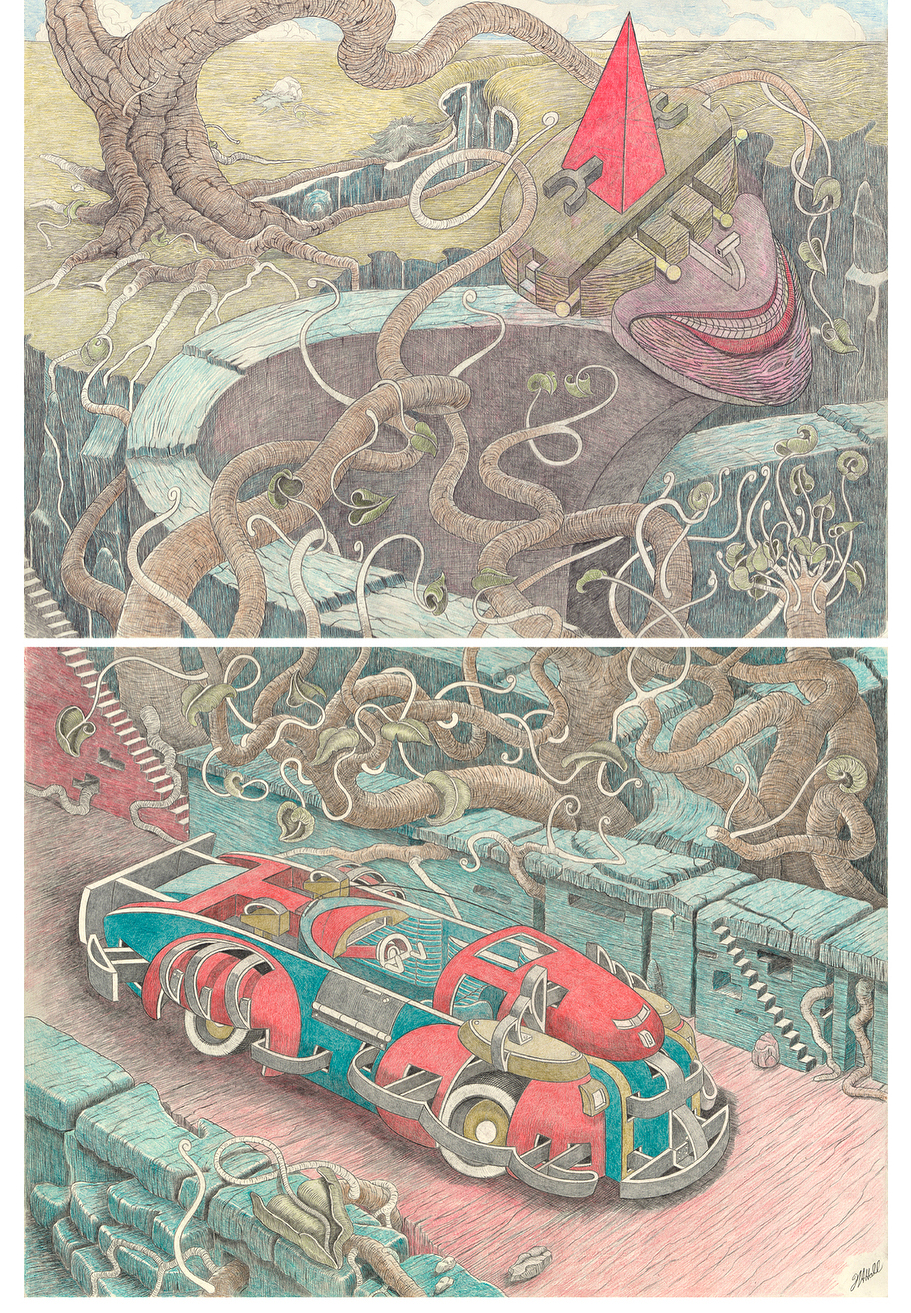 William A. Hall was homeless for 18 years before his intricate colored pencil drawings of vehicles and futurescapes were discovered and brought to the public. During the past few years, his work has been displayed by Henry Boxer Gallery and brought to museum collections specializing in folk and outsider art. 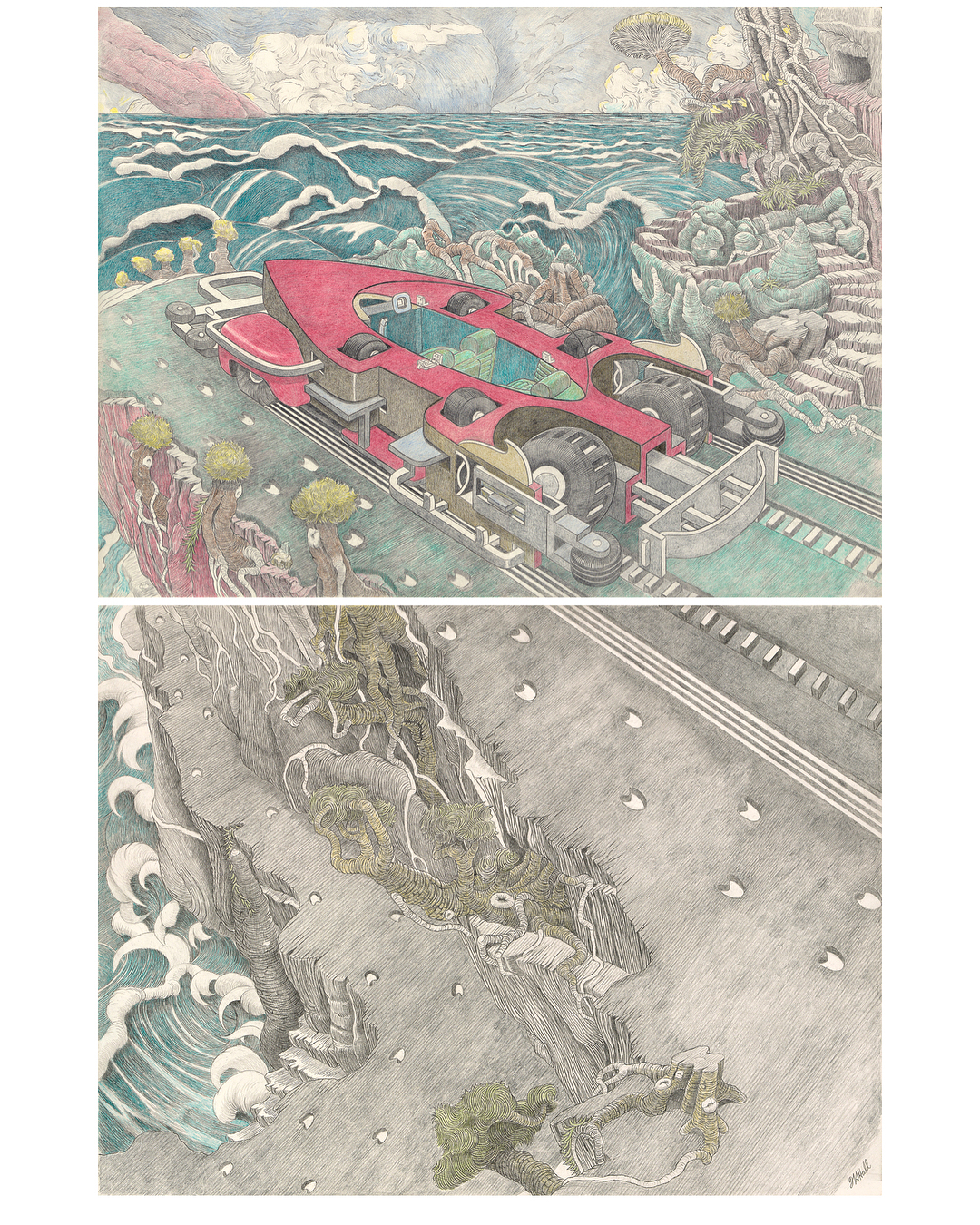 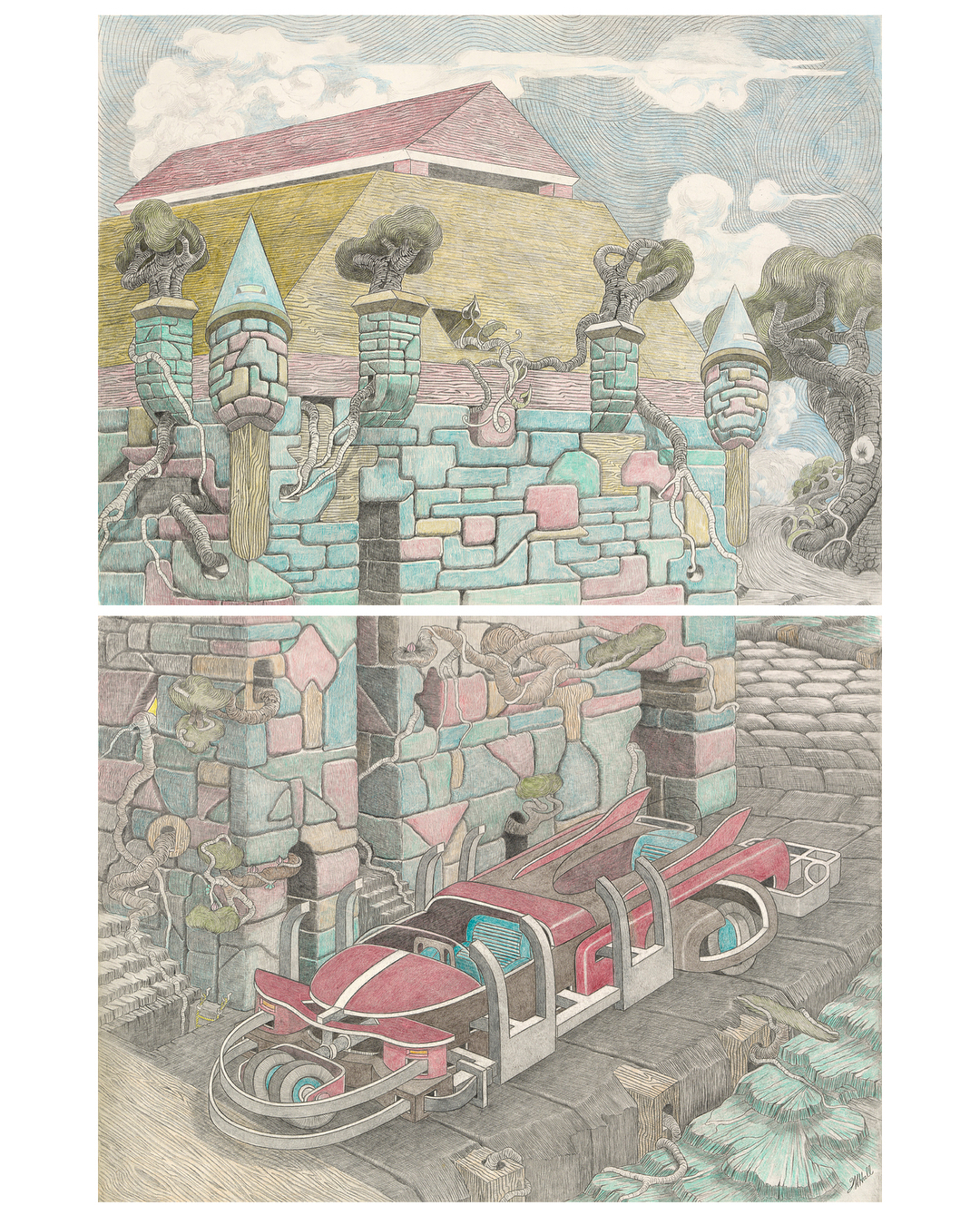 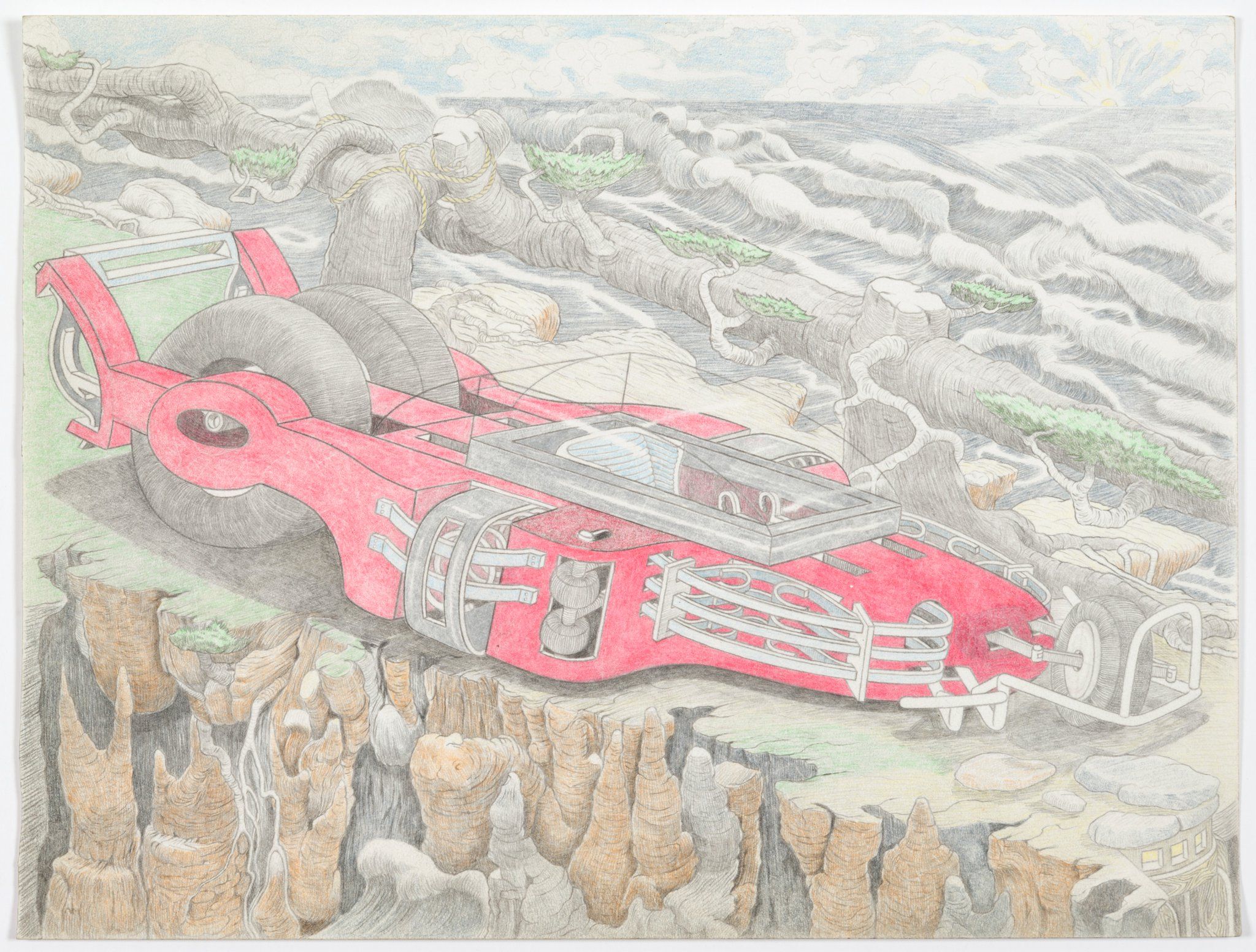 “The drawings are highly detailed, with surrealistic, mind-bending landscapes of automobiles and industry seamlessly coinciding with wonders of the natural world,” a recent statement says. “While futuristic, the works are also deeply rooted in Hall’s past in their attempts at portraying safety, whether that be in shock-proof armored cars, or wooded hideaways. After eighteen years of homelessness (two years on a bike, sixteen in a car) prior to being discovered as an artist, Hall’s ingenious visual imagery displays his previous yearning for barriers to provide safety, and his present freedom to imagine them.”

See more of Hall’s work below. 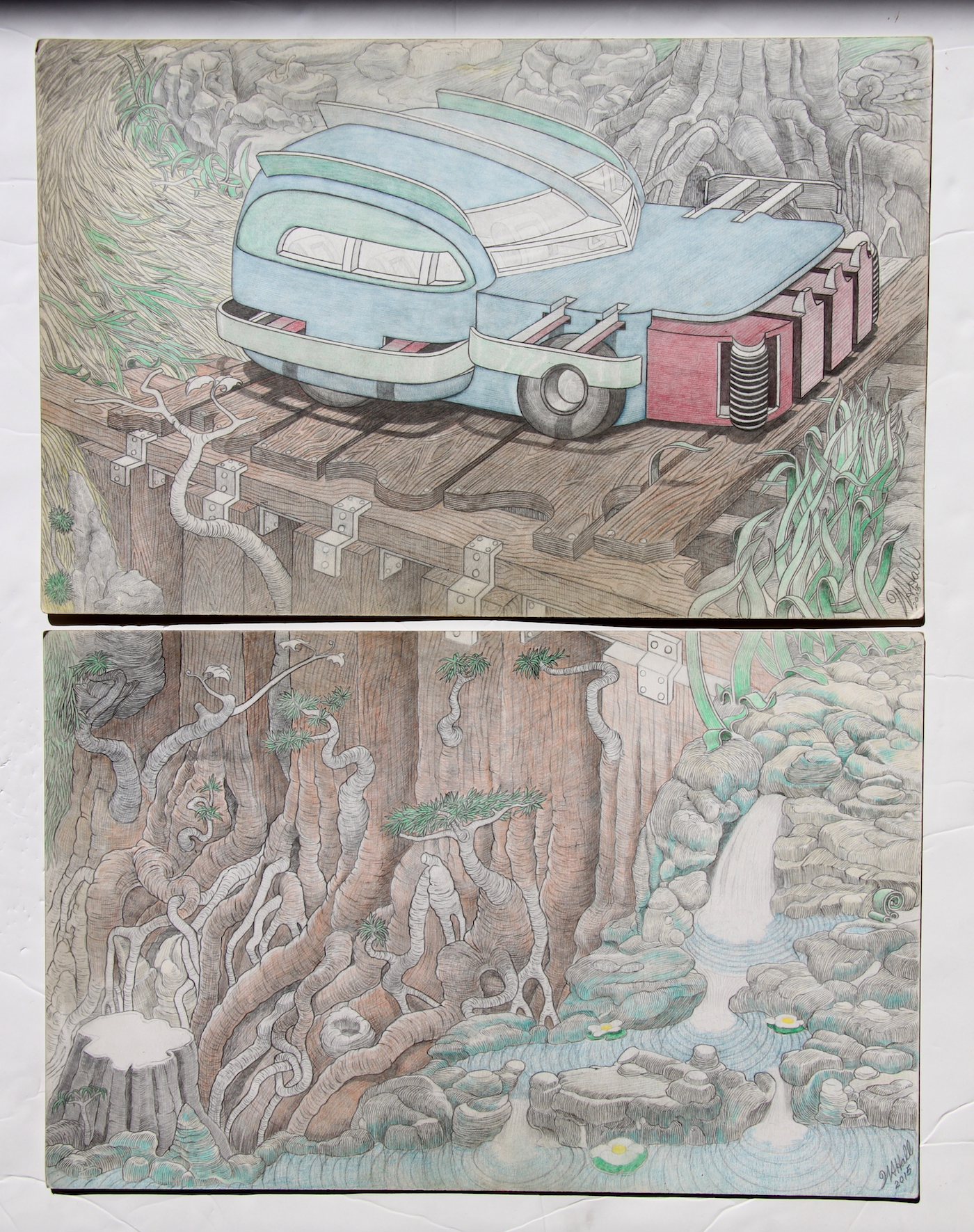 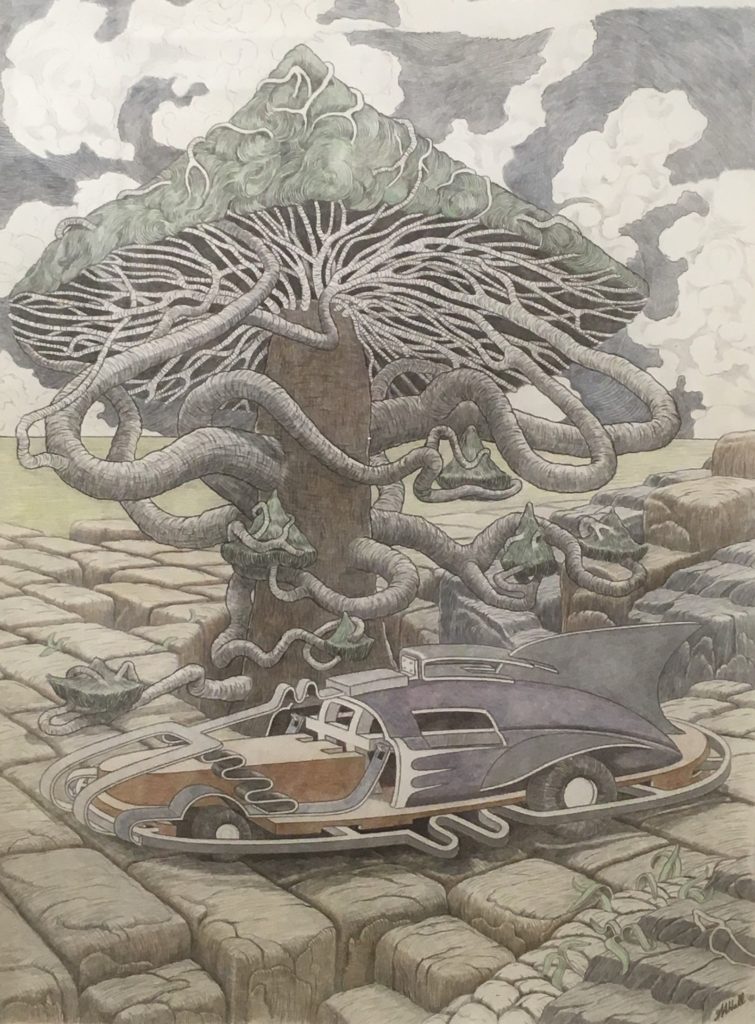 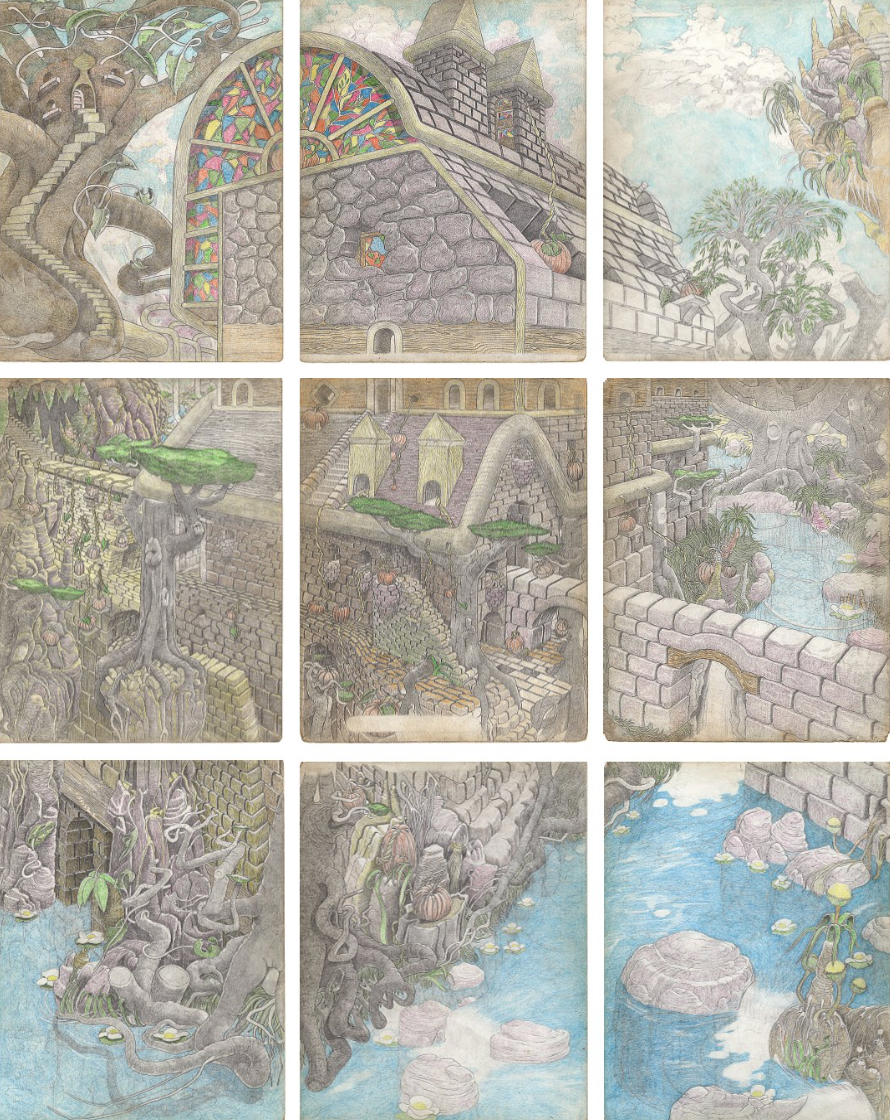 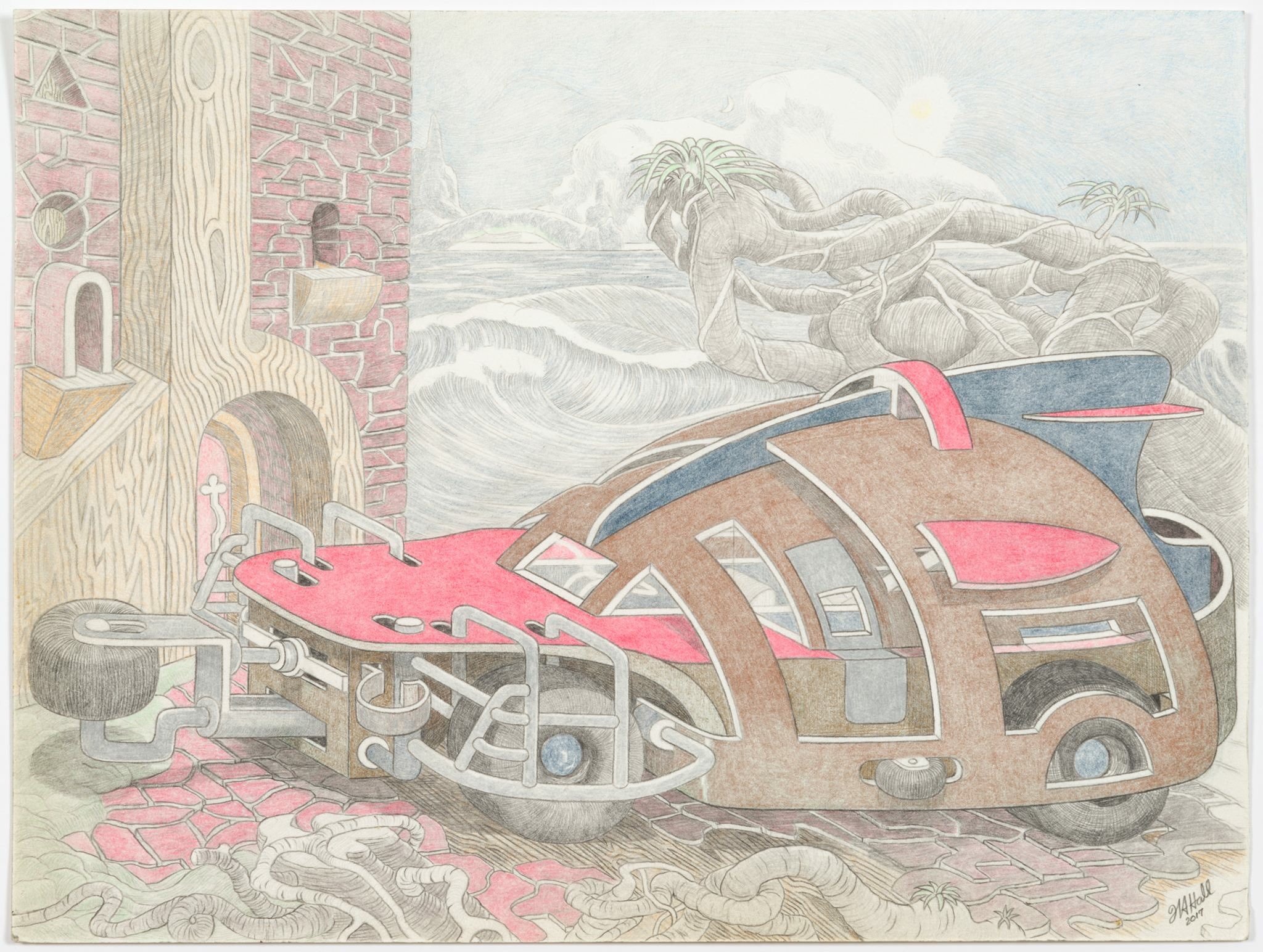 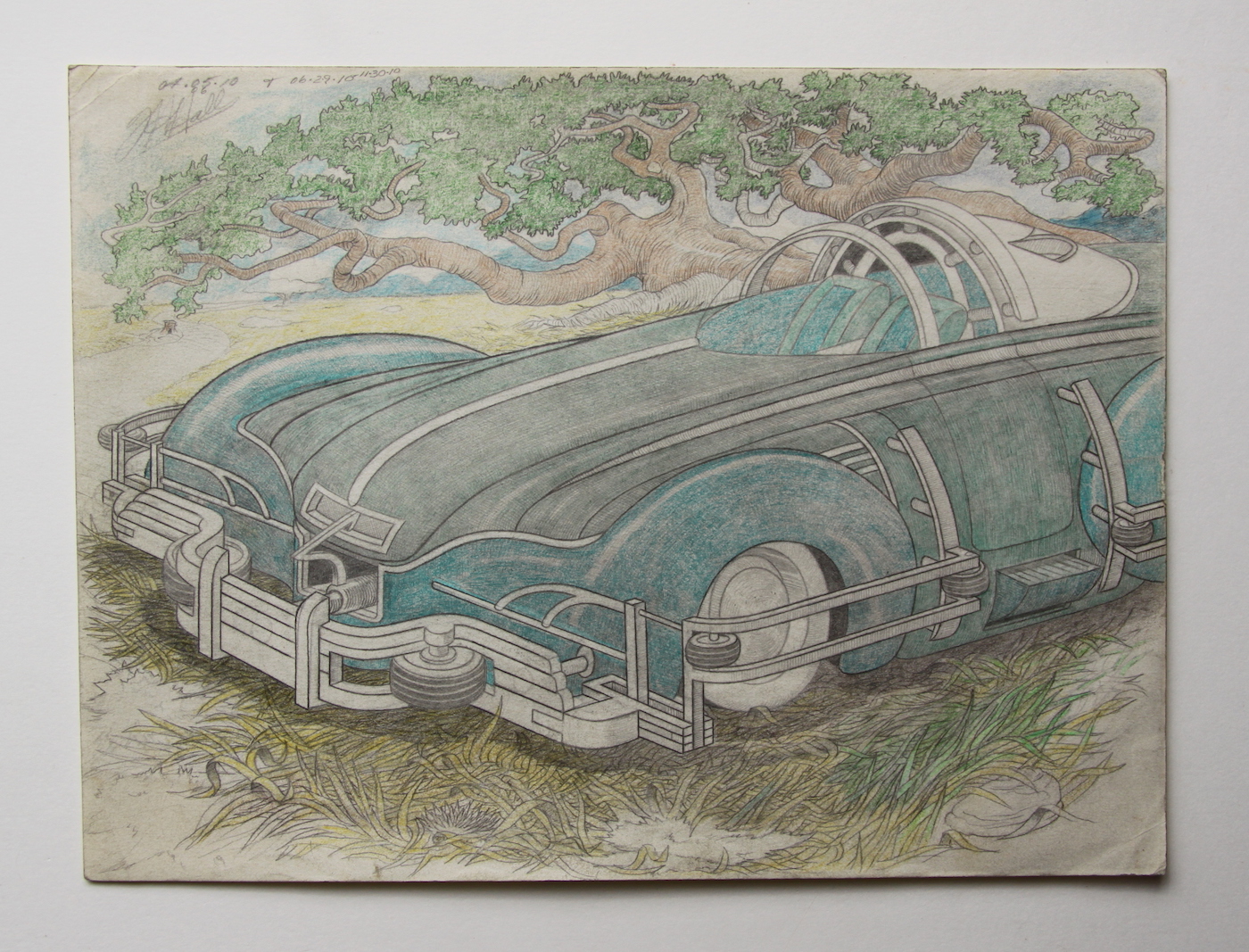