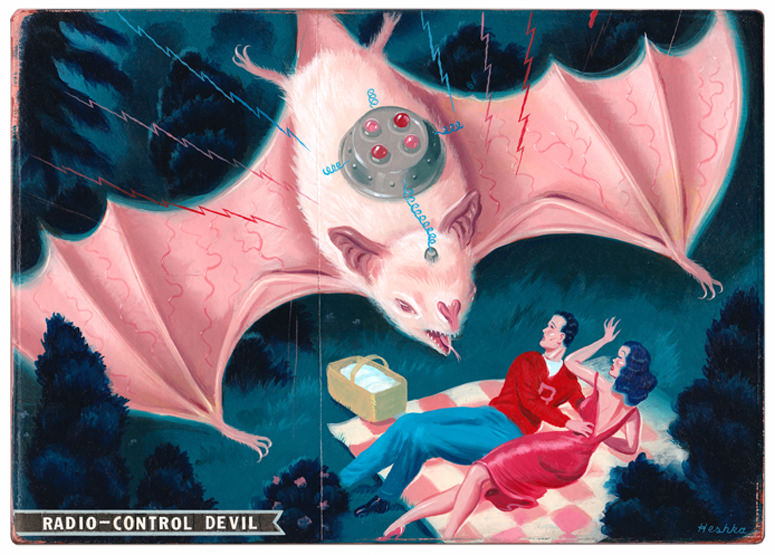 The idea of a retro-futuristic aesthetic might sound contradictory at first, but it becomes instantly apparent upon viewing Ryan Heshka’s paintings. Influenced by old school sci-fi illustrations, Heshka paints an antiquated vision of how the new millennium might have looked if monsters and aliens had gotten involved. For his upcoming solo show, “Strange Powers” at Copro Gallery, Heshka takes a decidedly more pulpy route than in his previous work. His trademark geometric compositions are almost nowhere to be seen, instead replaced by vertical-format paintings that recall paperback science fiction novels — of course, with the artist’s surreal twist. “Strange Powers” opens at Copro Gallery in Santa Monica tomorrow, September 14. Take a look at some images from the show below. 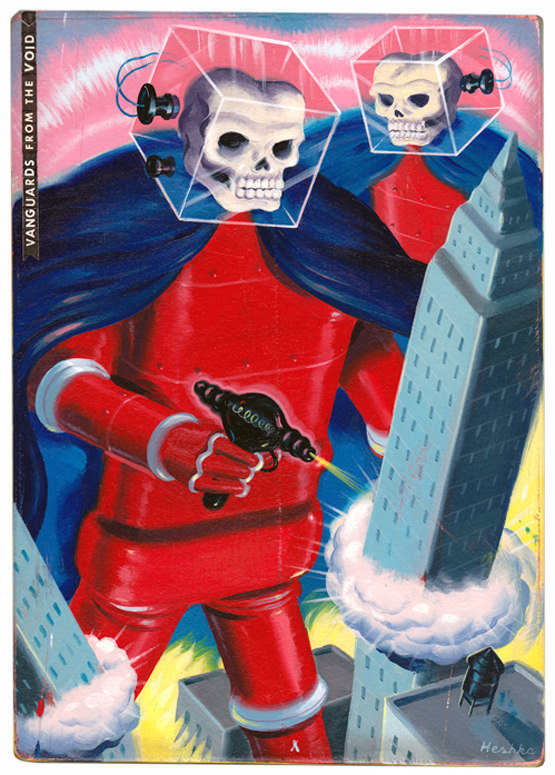 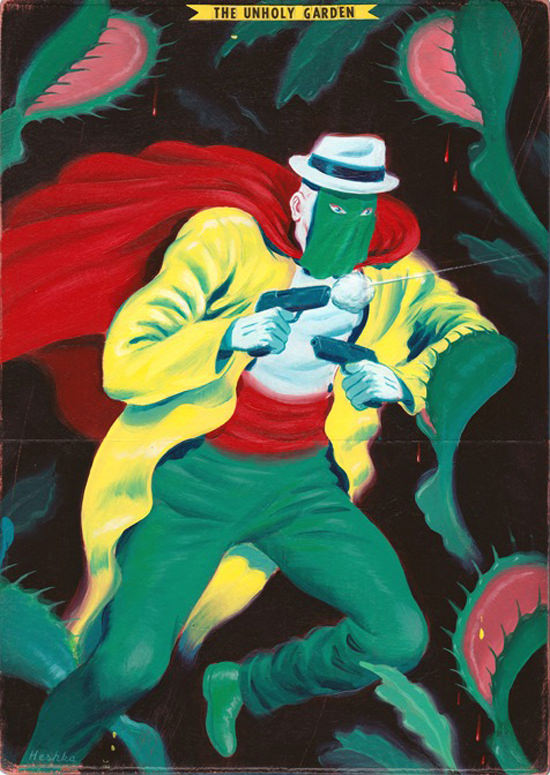 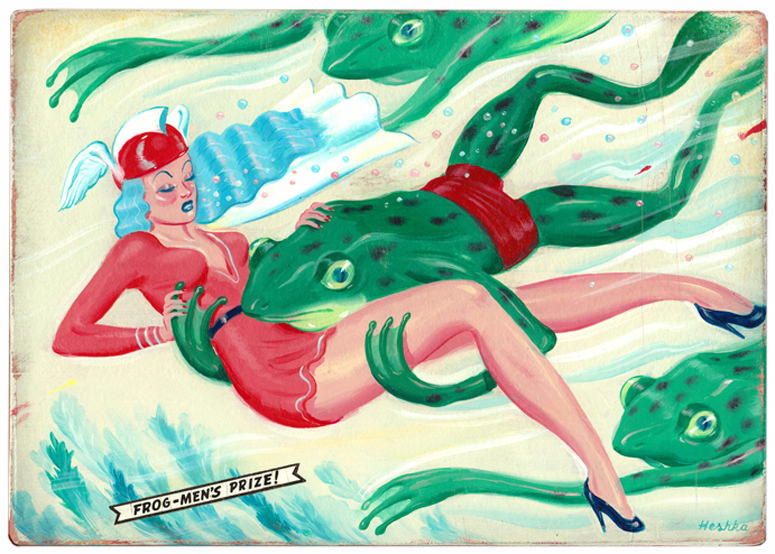 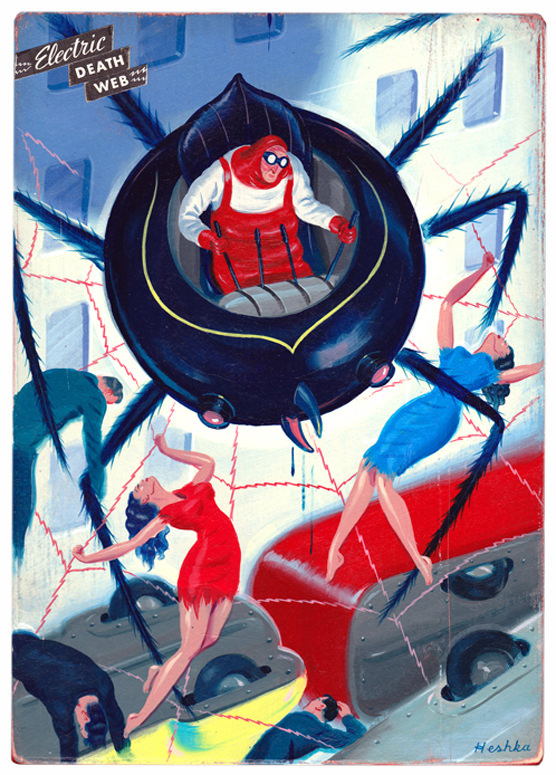 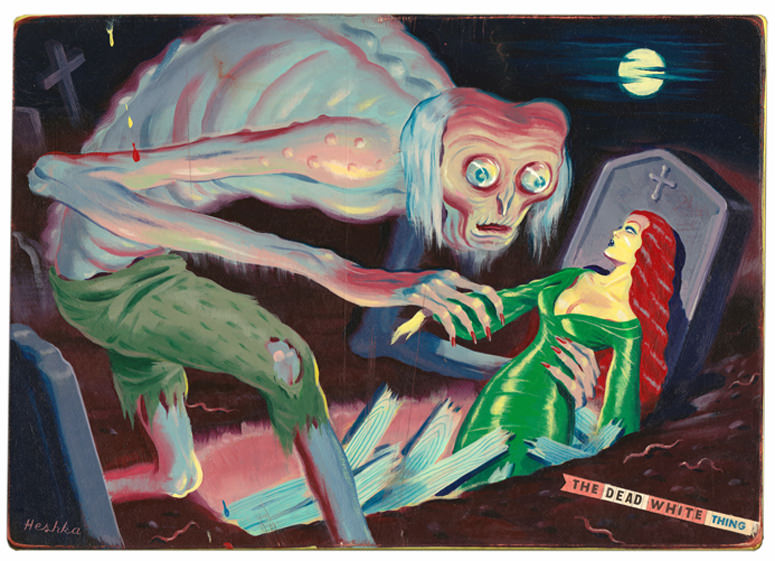 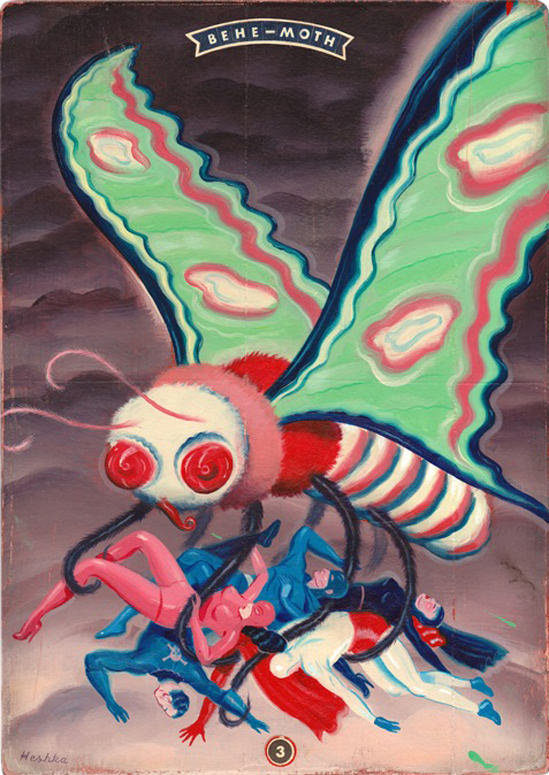 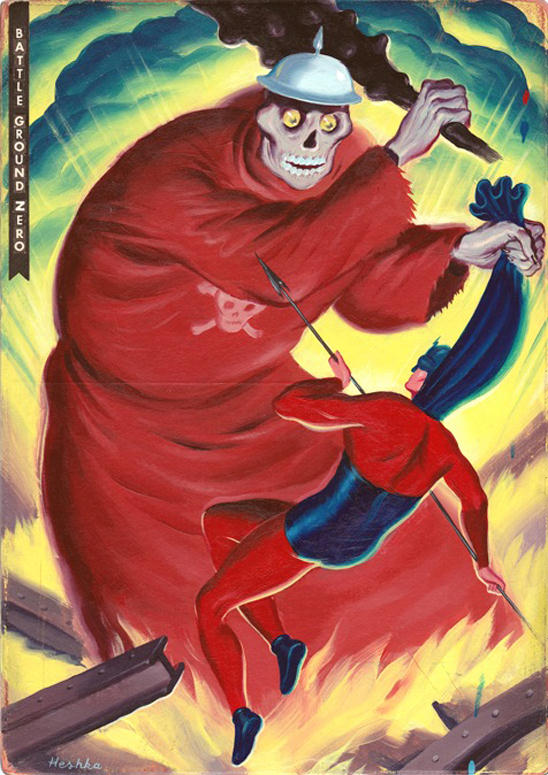 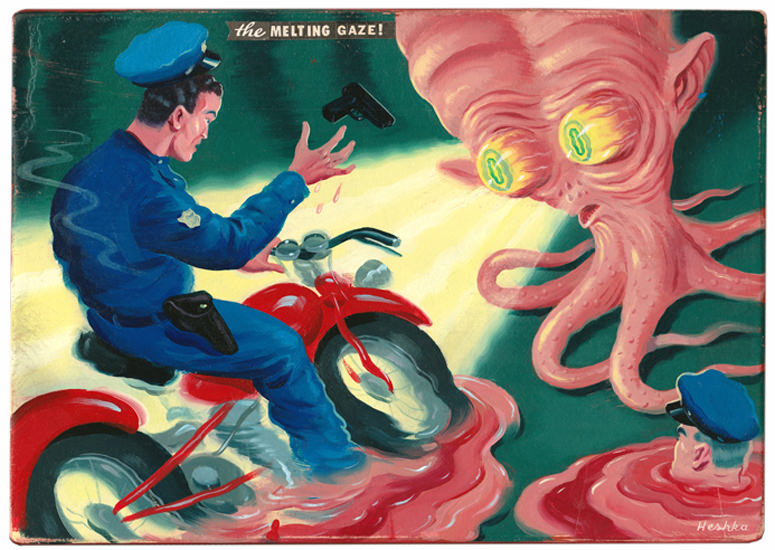