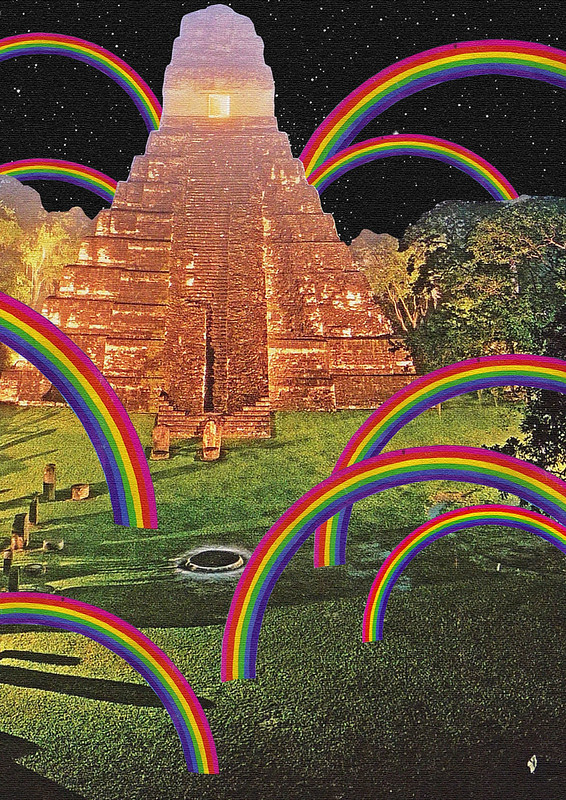 Mariano Peccinetti, aka Trasvorder, has an on-going series of psychedelic collages titled “Collage al Infinito” that represents the cosmos through a warm, ’60s-inspired lens. Composed of found imagery, Trasvorder’s works apprehend humans’ desire to connect with something greater than themselves. Though filled with saturated colors, Trasvorder’s collages are sparing in their use of detail. Characters and mundane aspects of life become dwarfed by the sublime, sweeping views of nature and outer space. Take a look at some images from the “Collage al Infinito” series courtesy of Trasvorder. 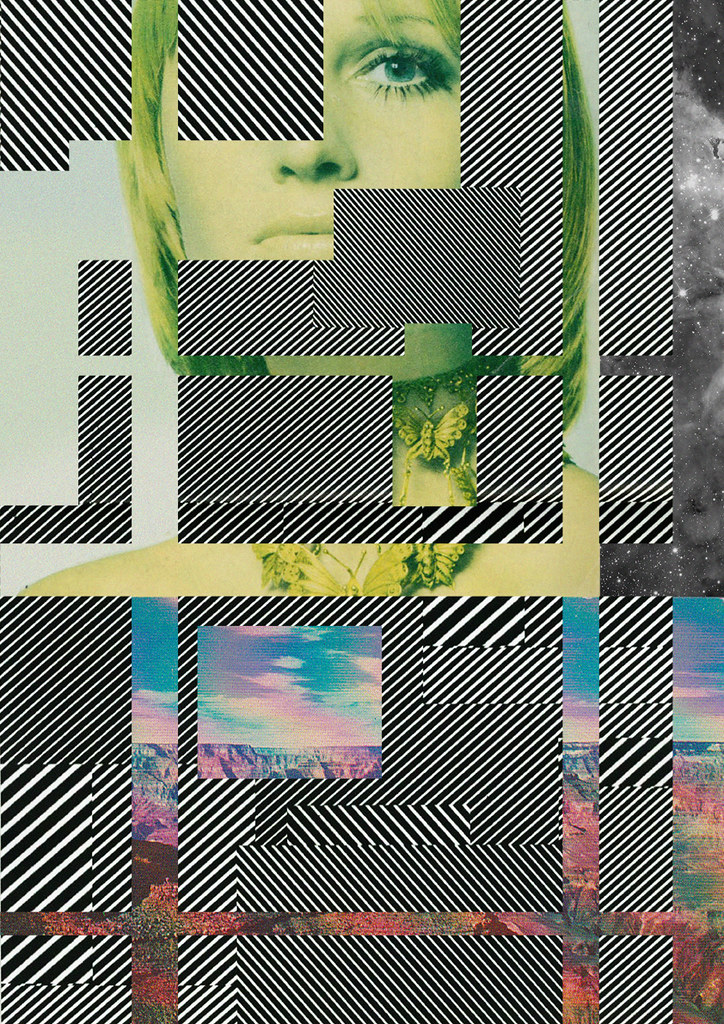 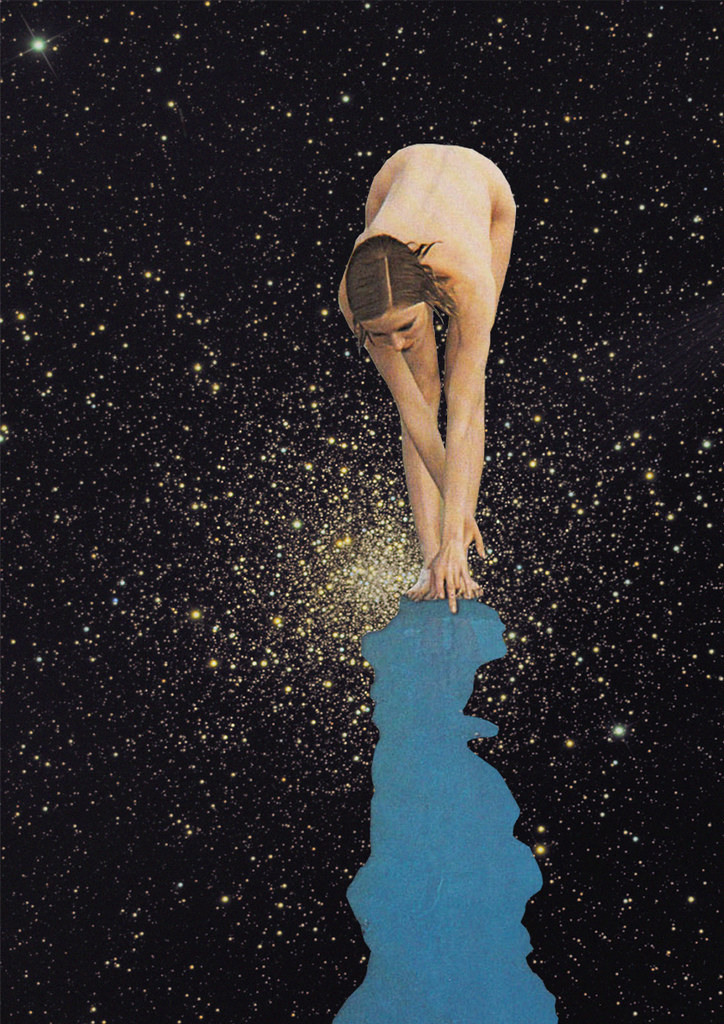 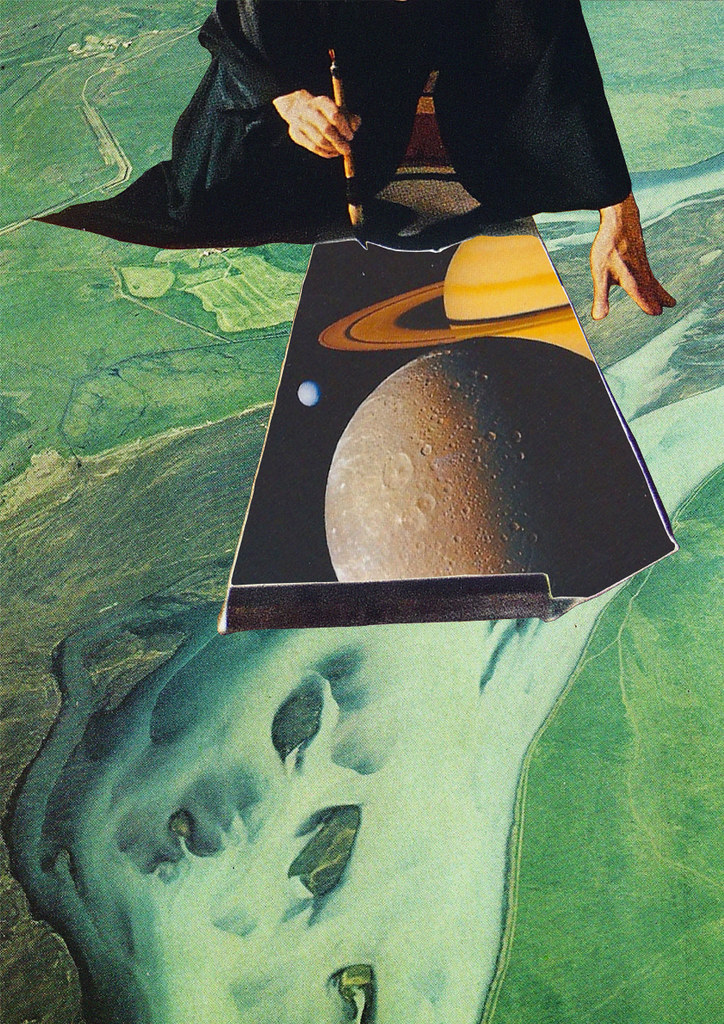 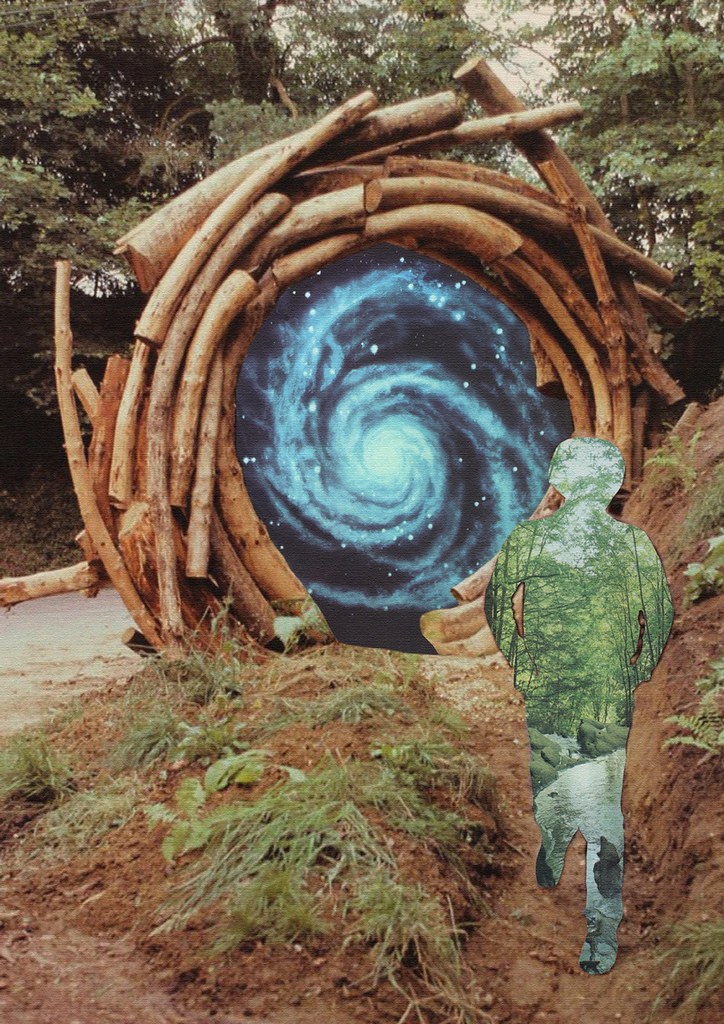 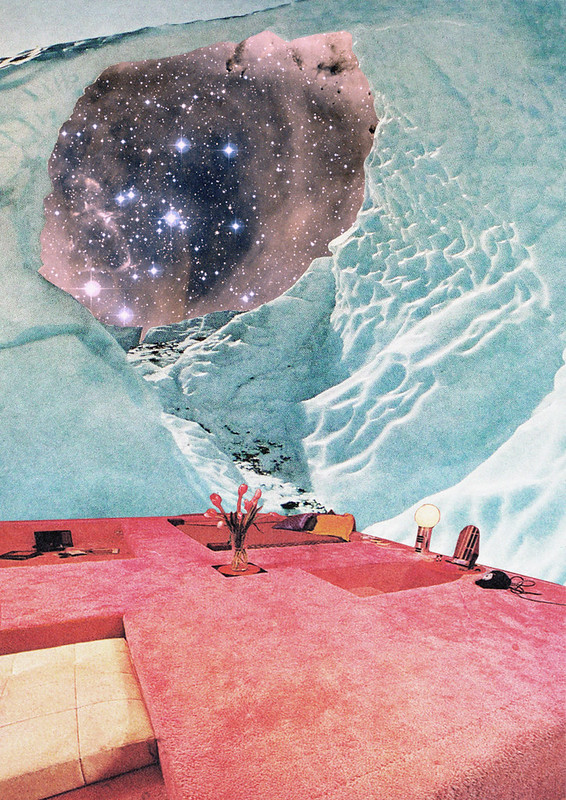 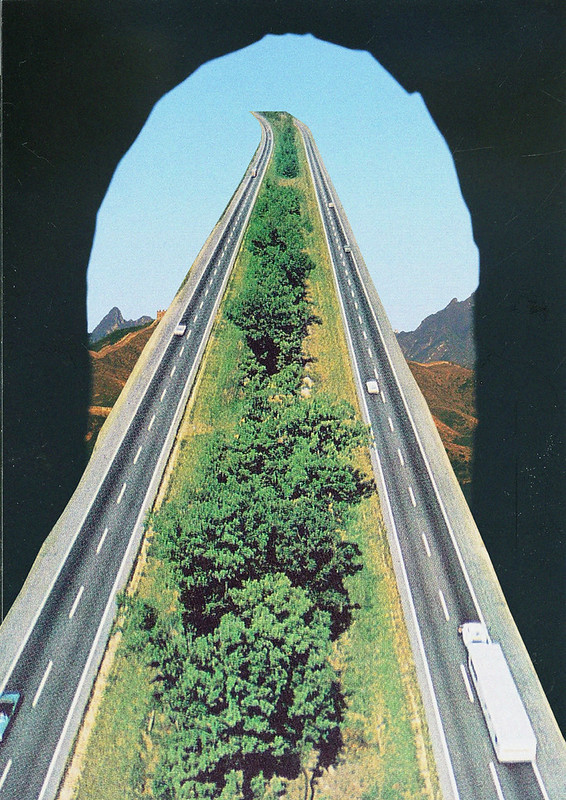 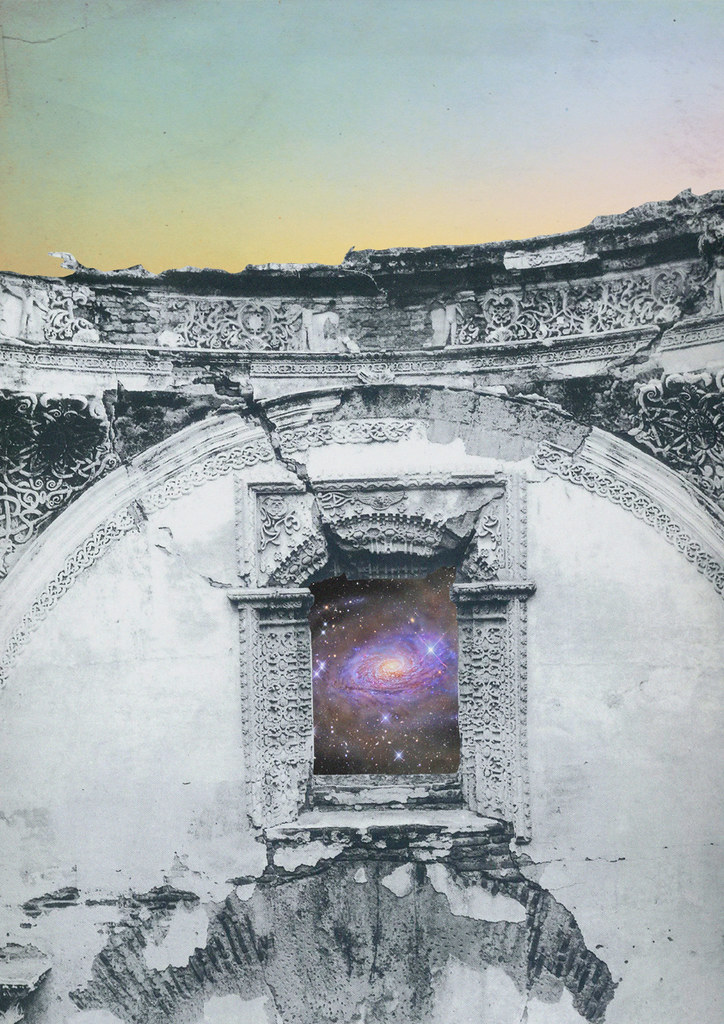 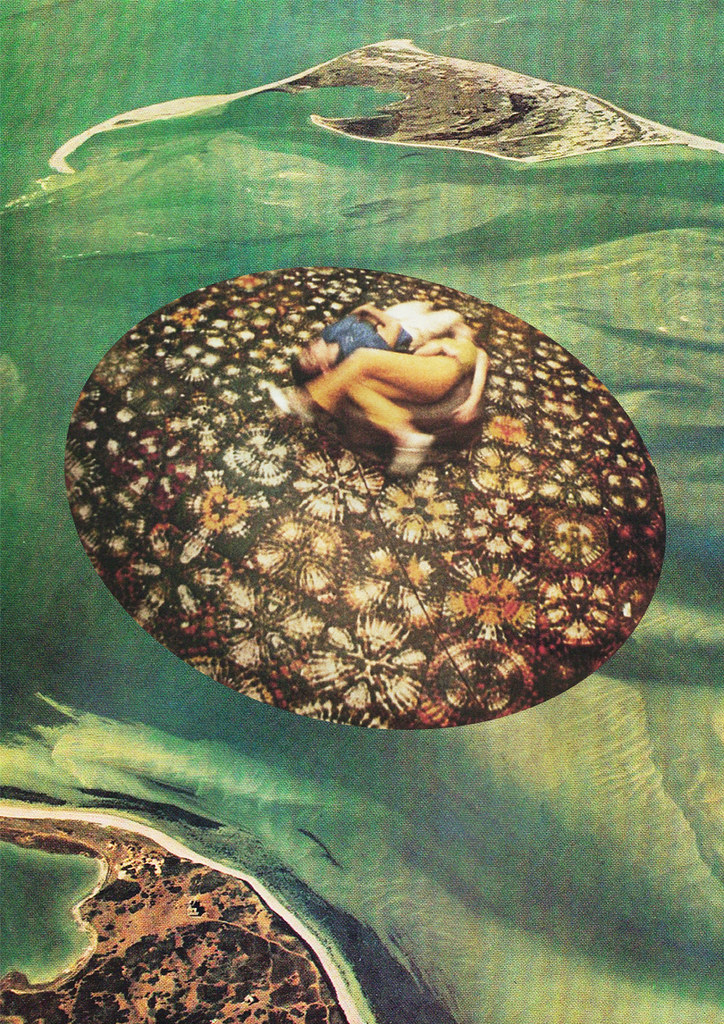 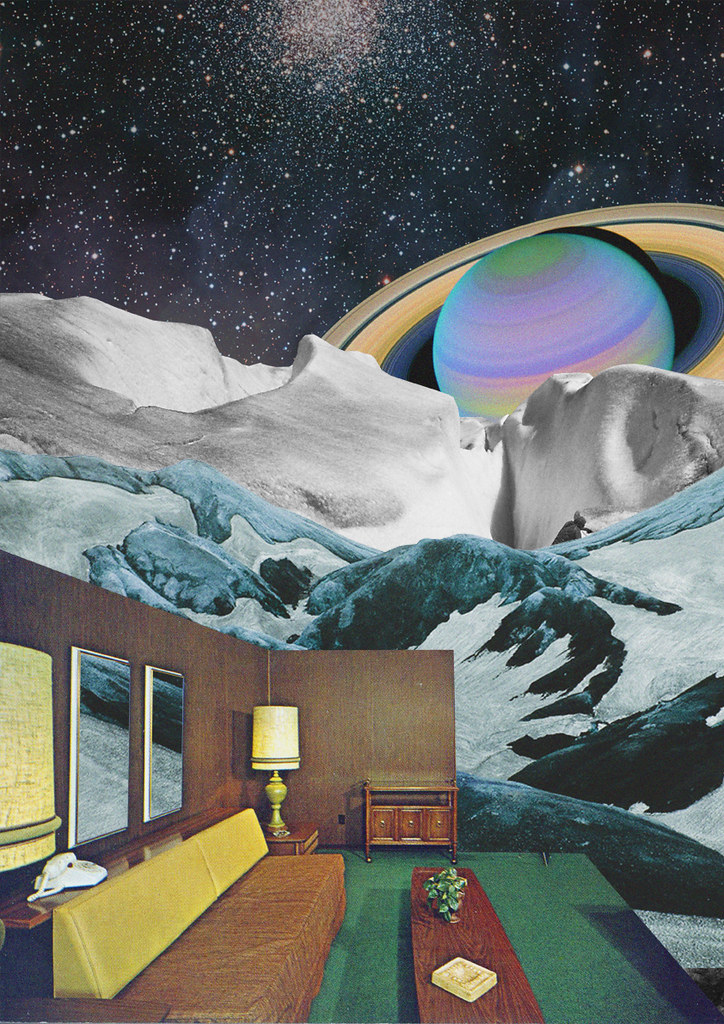