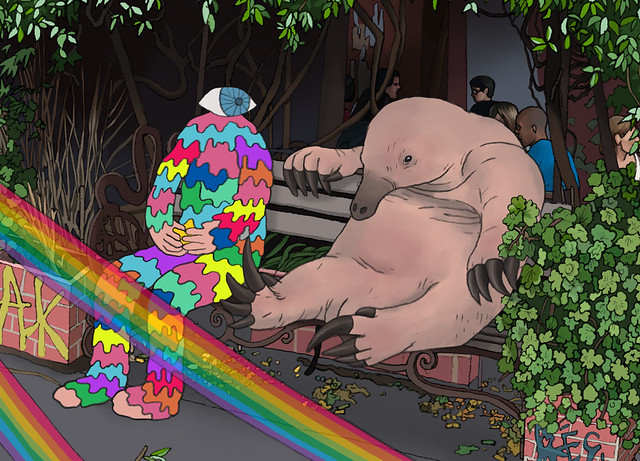 Los Angeles-based art and design duo Kozyndan (featured in Hi-Fructose Vol. 22) recently traveled to Australia for their touring exhibition at Outre Gallery‘s three locations in Melbourne, Perth and Sydney. Featuring new resin sculptures, paintings and digital prints, the exhibition explores the interactions between humans and nature through an imaginary, sci-fi narrative. “The work is, as always, concerned with how out of harmony with our natural environment humans are. We took that as a starting point to make a series of images that vaguely revolve around a fantasy of the prime creators of the Universe (whatever they may be) coming to check up on us and observe this occurrence of disfunction,” said Kozyndan.

Kozyndan opened their Melbourne show on March 8, the Perth show on March 14 and their final exhibition at Outre in Sydney will open this weekend on March 22. “This trip we have gotten a behind the scenes tour of the Melbourne Zoo (same tour David Attenborough received when he visited), getting to go into the enclosures, see how the zoo keepers operate, learn about conservation efforts they are spearheading, feed animals, and observe them up close,” Kozyndan said of their Australian adventures. “Pretty special and all because a fan of ours worked for the zoo. This week in Perth we were taking a boat everyday to an island off the coast to swim with and photograph endangered Australian sea lions. Pretty amazing encounters.”

Take a look at some opening night photos from the Melbourne show by Alex Schoelcher and images of the artwork courtesy of Kozyndan. The exhibition runs at Outre in Melbourne through March 31, Perth through April 7 and Sydney through April 14.

Digital panorama for the Sydney exhibition 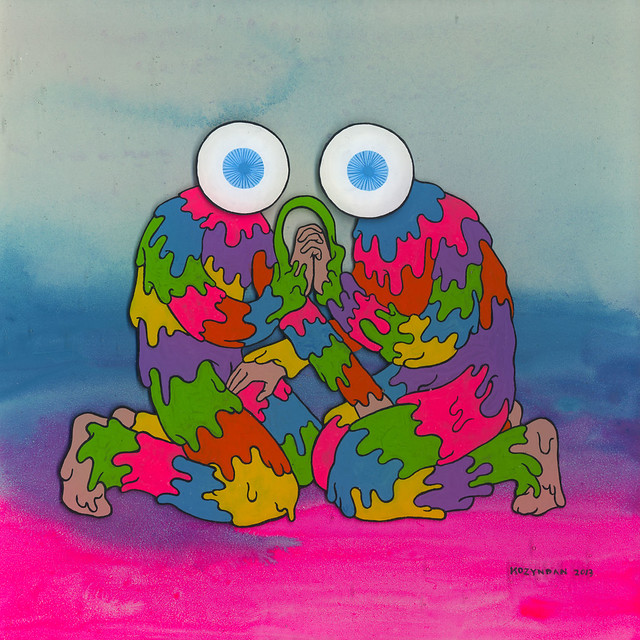 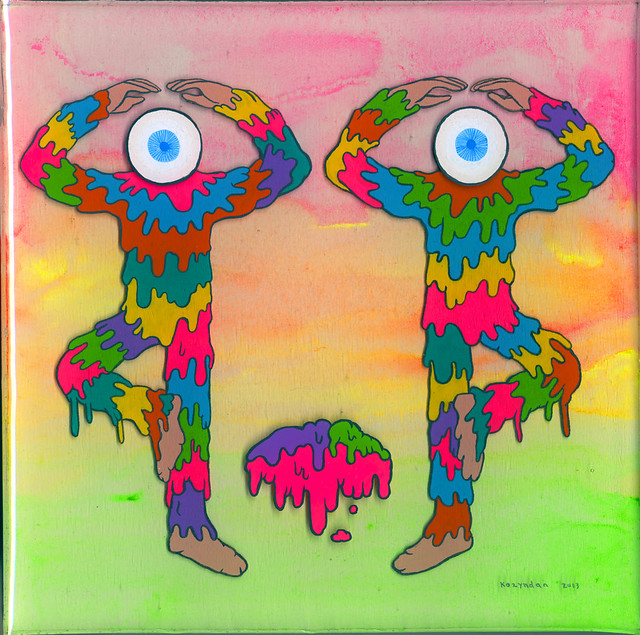 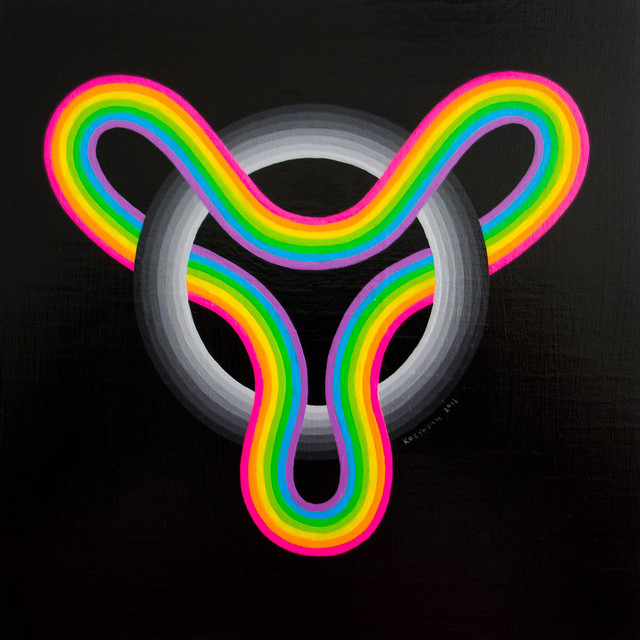 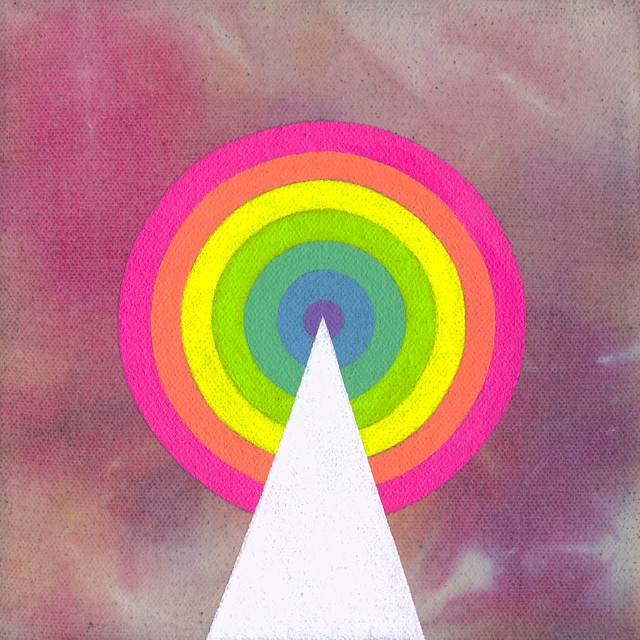 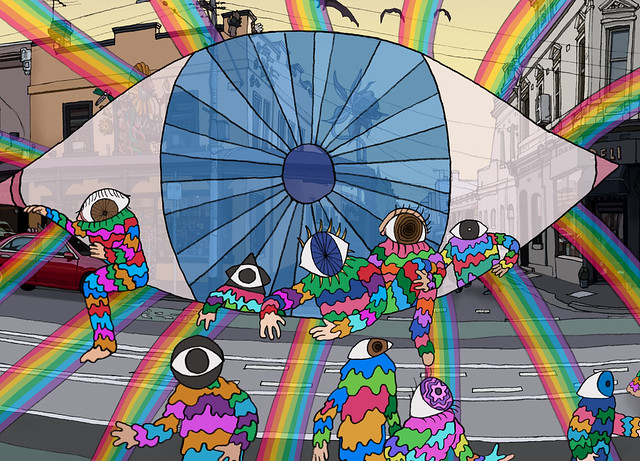 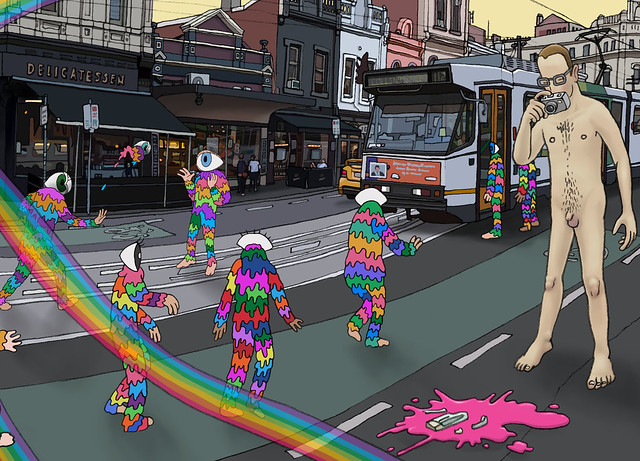 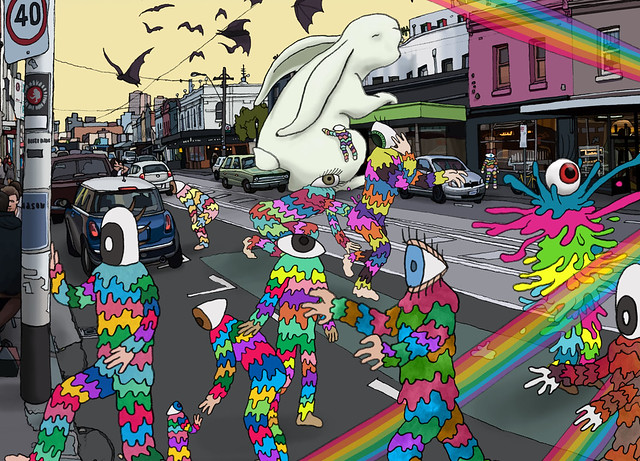