Michael Hsiung recently opened his first solo show in Los Angeles. “So Far, So Good, So What” opened at the beginning of February at THIS Los Angeles (co-founded by the late curator Justin Van Hoy). For those unfamiliar, Michael has been creating delightful bearded gents, skateboarding unicorns and various people of the sea (but dudes only) for the last 8-9 years. Featuring over 75 new drawings and some sculptural work, the show was eagerly received by denizens of LA. Take a look at some photos Michael provided below. Get stoked! To see more work from the show please visit the show’s Flickr. 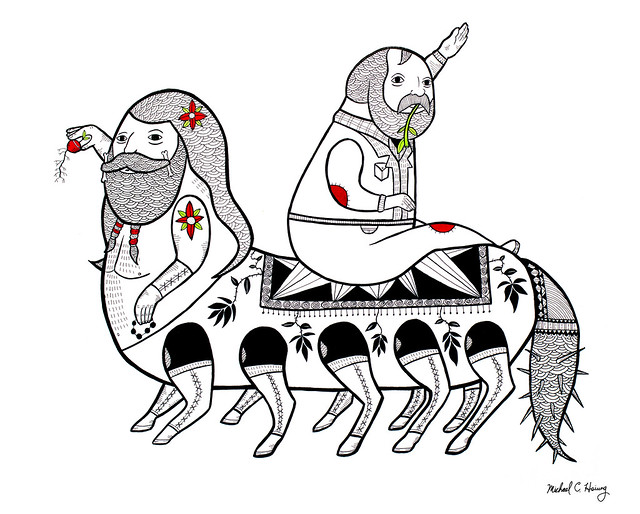